I have to admit that this cat, which is not a fancy breed or anything, may well be the world’s most photogenic cat. Bored Panda explains in its article “This cat is physically unable to have a bad photo taken of him.”

Nyankichi, a male tabby from Kagoshima, Japan, and his human have been traveling around the country, taking photos along the way. As the numerous pictures by the owner suggest, Nyankichi is such a photogenic kitty, he should be model on the catwalk.

Here are five of the ten photos of Nyankichi: 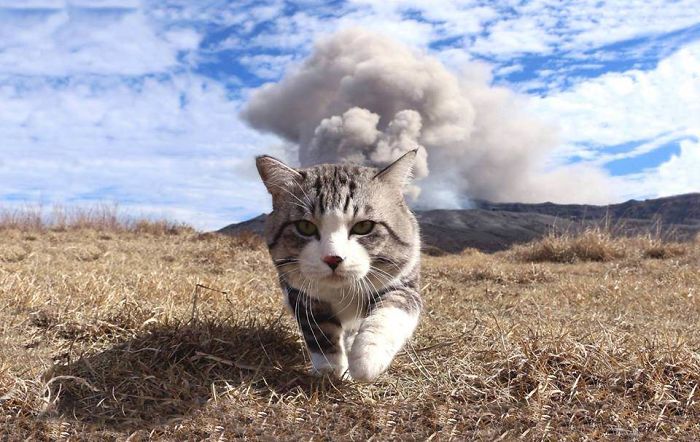 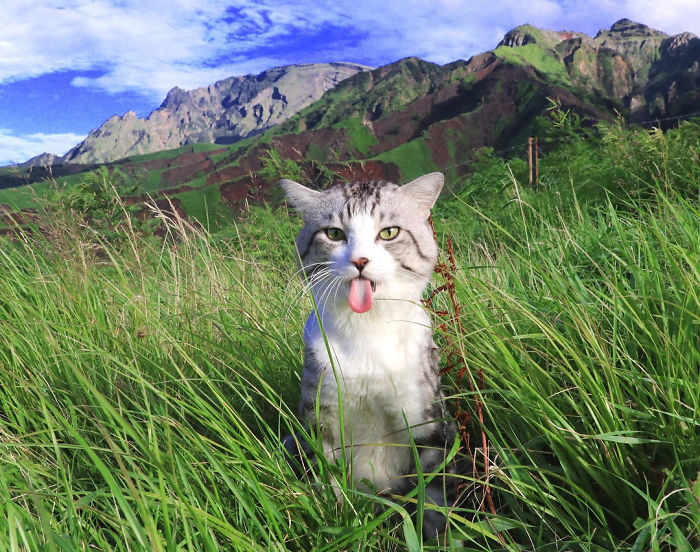 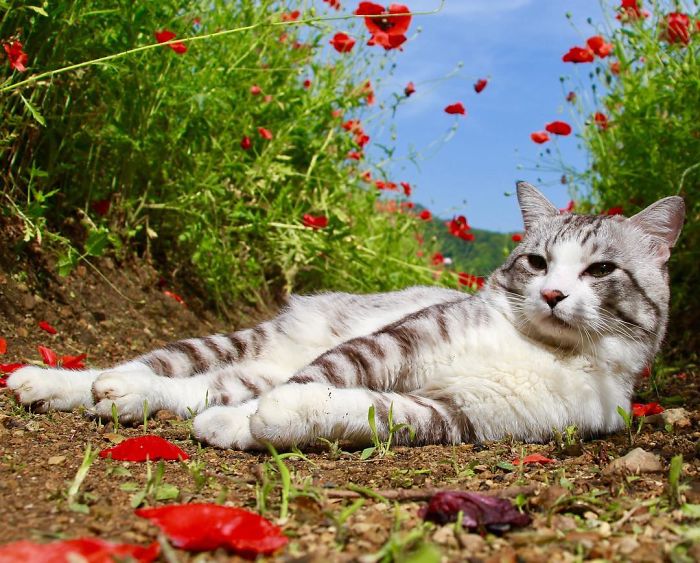 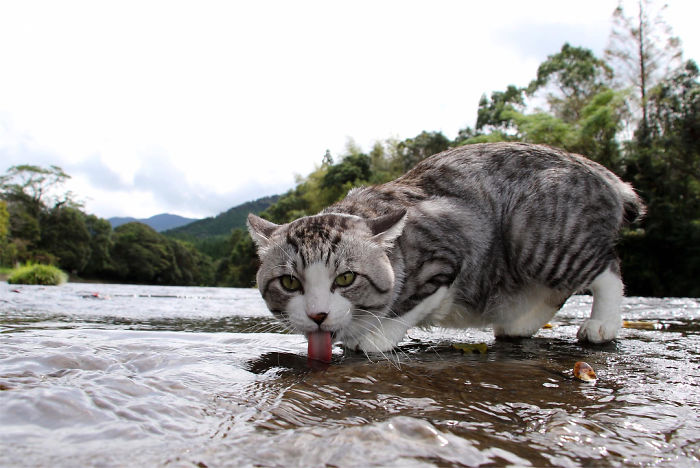 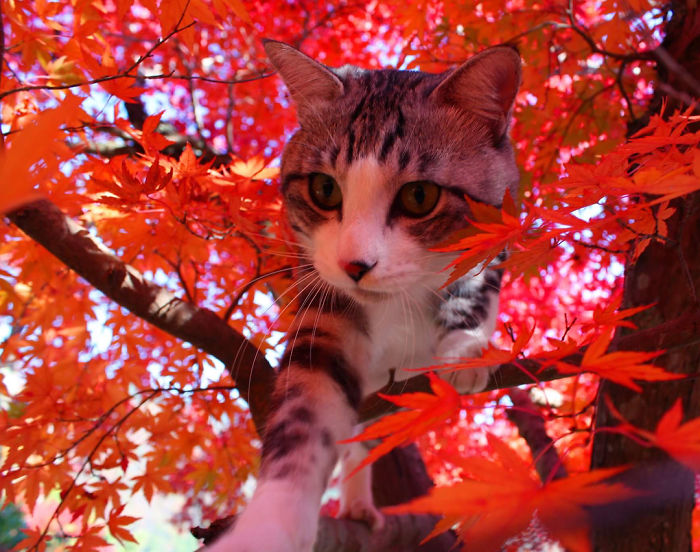 How do two Siamese cats pass on a narrow ledge? With care and dexterity!:

From The Dodo, here’s the story of a rescue cat named Denali who, with his new family, has taken to rock climbing:

When Sandra Samman decided to adopt a cat, she knew she wanted one who shared her love for adventure, and could keep up with her fast-paced, outdoorsy lifestyle. When she met Denali, she immediately knew he fit the role — but had no idea just how adventurous he really was, or how much he would love rock climbing with his new family.

Denali and his littermates were rescued from a barn in New Mexico and brought to Foothills Animal Shelter in Colorado. The 2-month-old kitten had only been at the shelter for a few days before his new mom found him, and she immediately knew he was meant to be a member of her family. 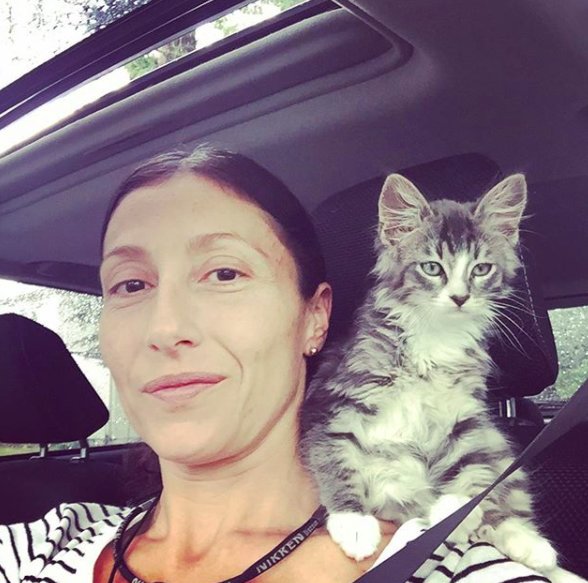 Samman became an avid rock climber after a trip through Southeast Asia; she spends a lot of time climbing at the rock climbing gym as well as outdoors. From the very beginning, Denali wanted to be with his mom all the time, going wherever she goes, so she started bringing him to the climbing gym, and was amazed by how much he loved it. 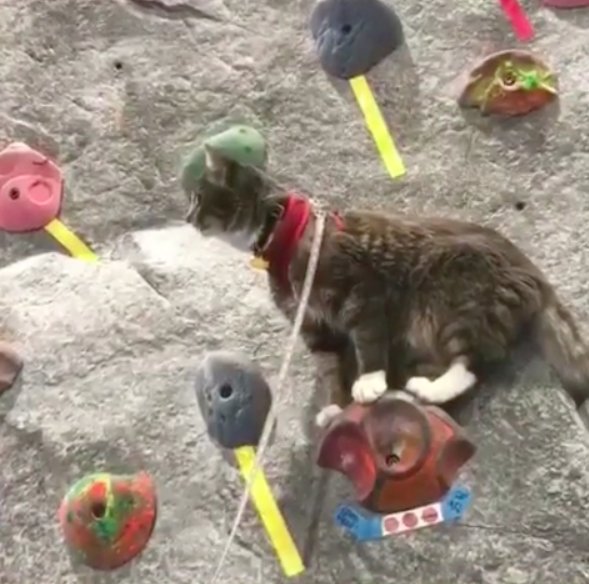 While the rock climbing gym is a lot of fun, what Denali really loves is going on adventures outdoors. He and his family have been climbing all over Colorado, New Mexico, Utah, Nevada, Wyoming and Kentucky, and plan to conquer many more states in the future. 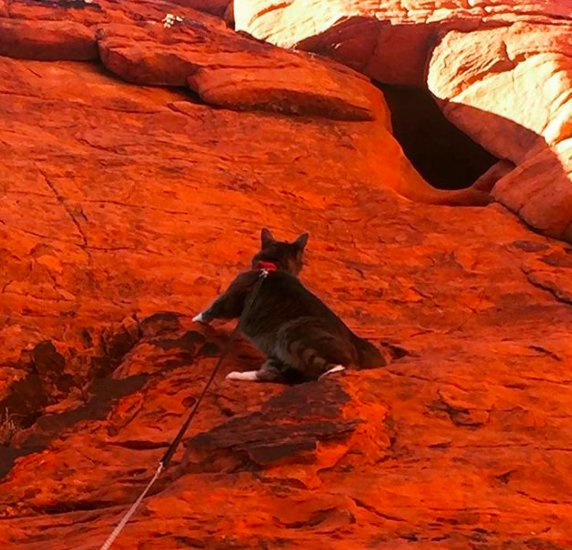 Whenever he comes across a new mountain or crag (climbing area), he immediately begins to climb. 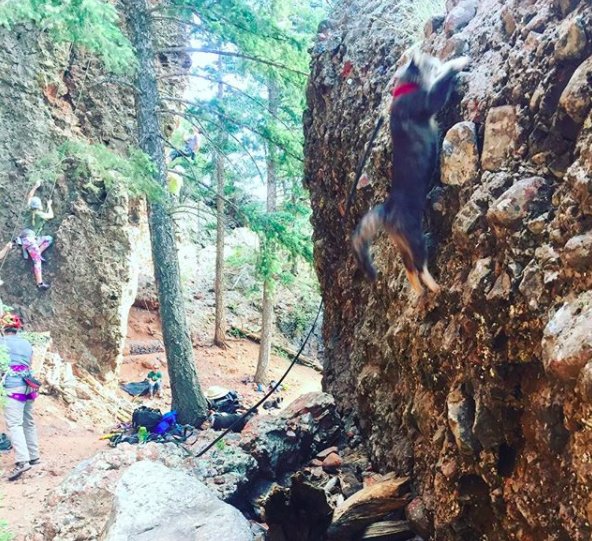 “He does a bit of both, his own climbing and adventuring up cliff faces and trees, then in my pack which he also loves,” Samman said. 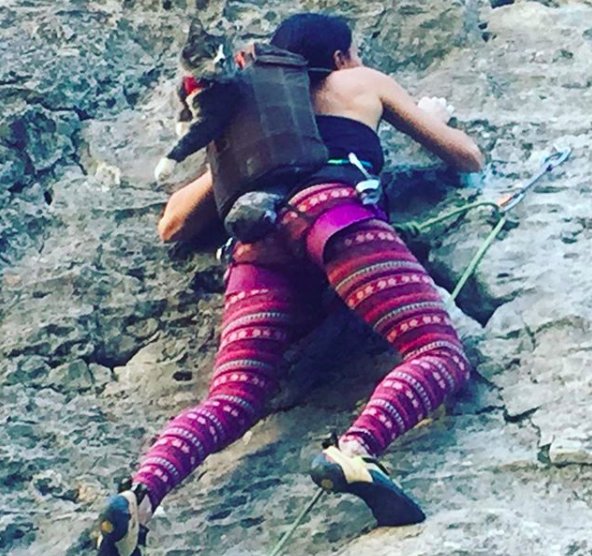 Lagniappe: a bonus photo and story from reader Barn Owl:

Attached is a photo of one of the warning signs at my local garden center – there’s a very surly cat on the premises.  [JAC: see below—his name is Spartacus!] I’d like to get a photo of the cat AND the sign, because he’s often lounging on the checkout counter, but when I visited this time he was out supervising his staff while they were watering.  The cat has been on the premises at least 8 years, maybe longer. 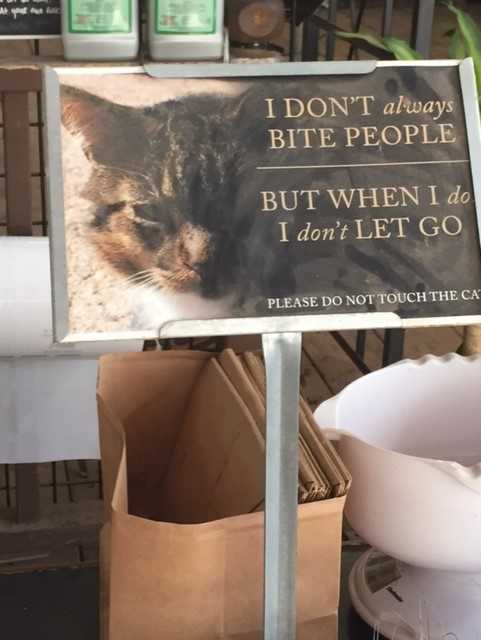 From the garden center’s FAQ:

Where is the cat?
If he’s not on the counter, we don’t know. He’s out doing kitty things.

What is the cat’s name?
Spartacus

Can I pet him?
Pet at your own risk! He is grumpy and unpredictable. He WILL BITE or scratch. If he approaches you, he probably will let you pet him. If he’s sleeping on the counter, that’s a different story. Parents, please do not encourage your children to pet him.