So it’s farewell to the Land of Boiled Peanuts (which I love when sold hot by the roadside, but not canned like these in Piggly Wiggly), and hello to the Land of Green Chile: 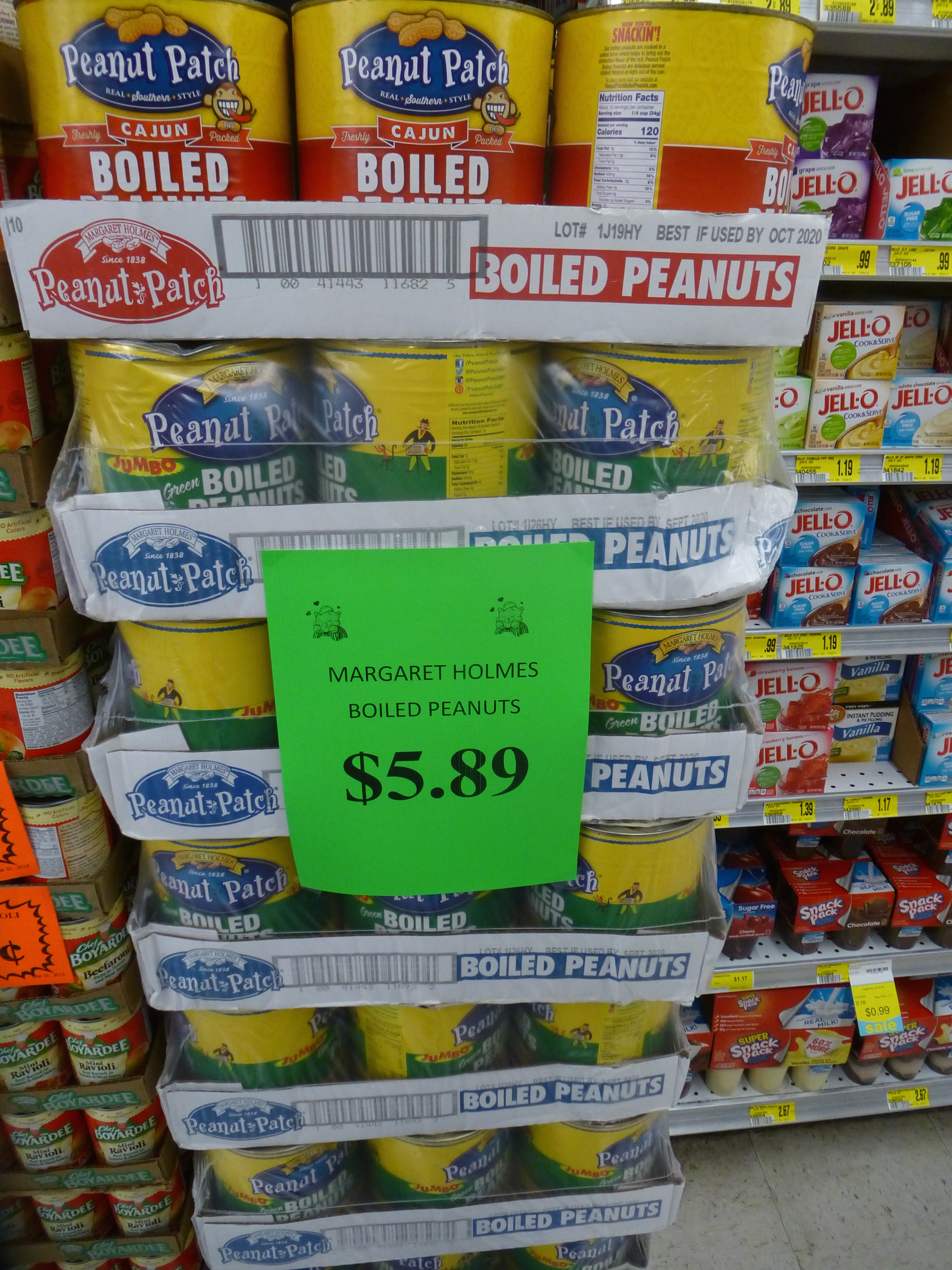 And I am with my friends Avis and Bill, who teach biology at New Mexico State University in Las Cruces. Avis’s mom, the renowned ornithologist/ecologist Fran James (who taught at at Florida State, and is retired but still works) was also visiting. (That’s why Avis is named Avis.)

I spent one night, and Avis prepared make-your own fajitas will grilled chicken and all the fixings. I finally learned how to wrap a flour tortilla properly (result not shown). Important: do not overload the tortilla with fillings or it will squirt out the end: 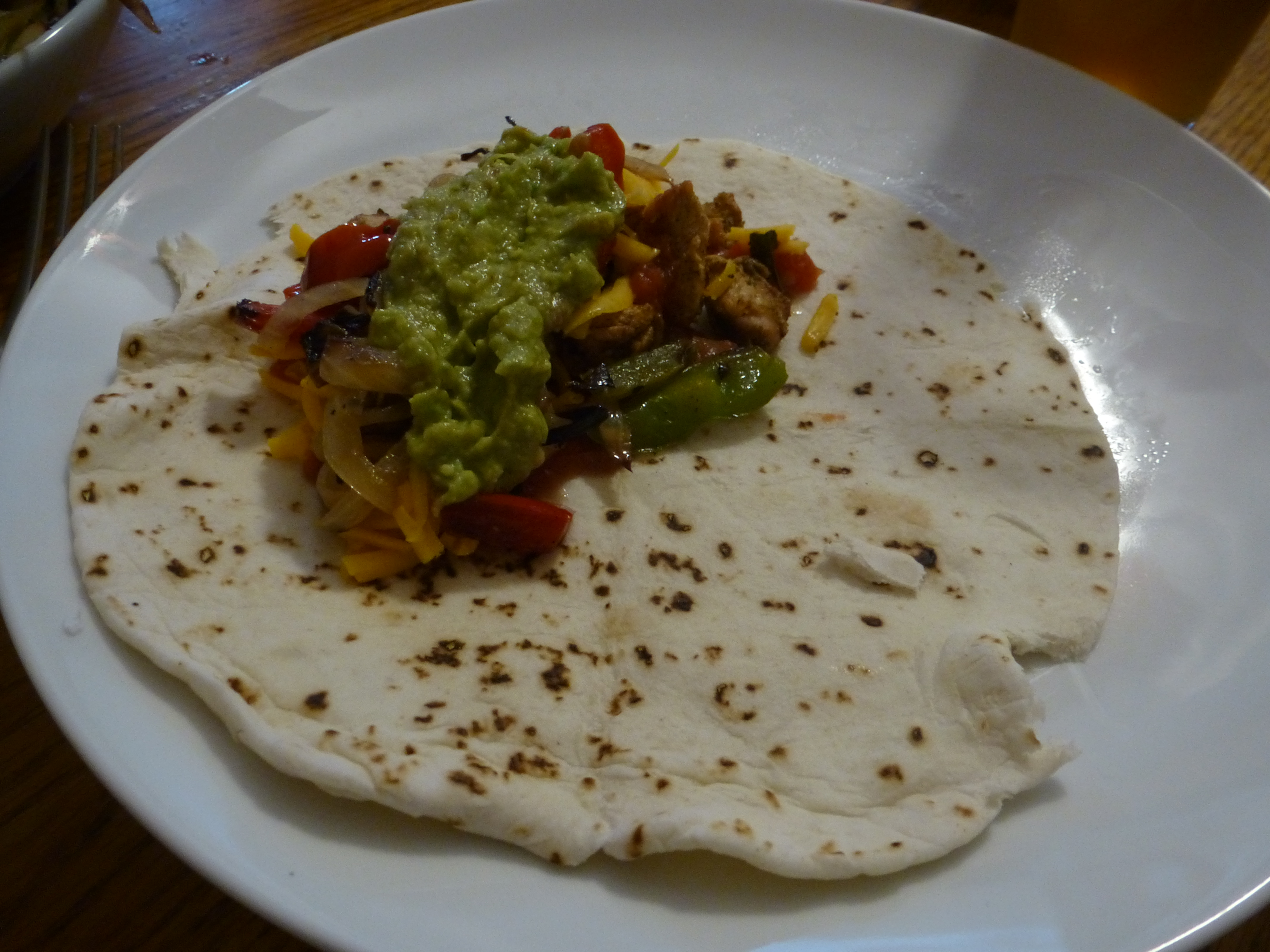 There are two cats in the house: my old friend Janet, the calico, and a new and very active one-year-old tuxedo cat, Boris. Boris likes to sprawl on his back, which is hilarious. But woe to those who try to pet that belly! (Actually, he’s a very gentle cat.) 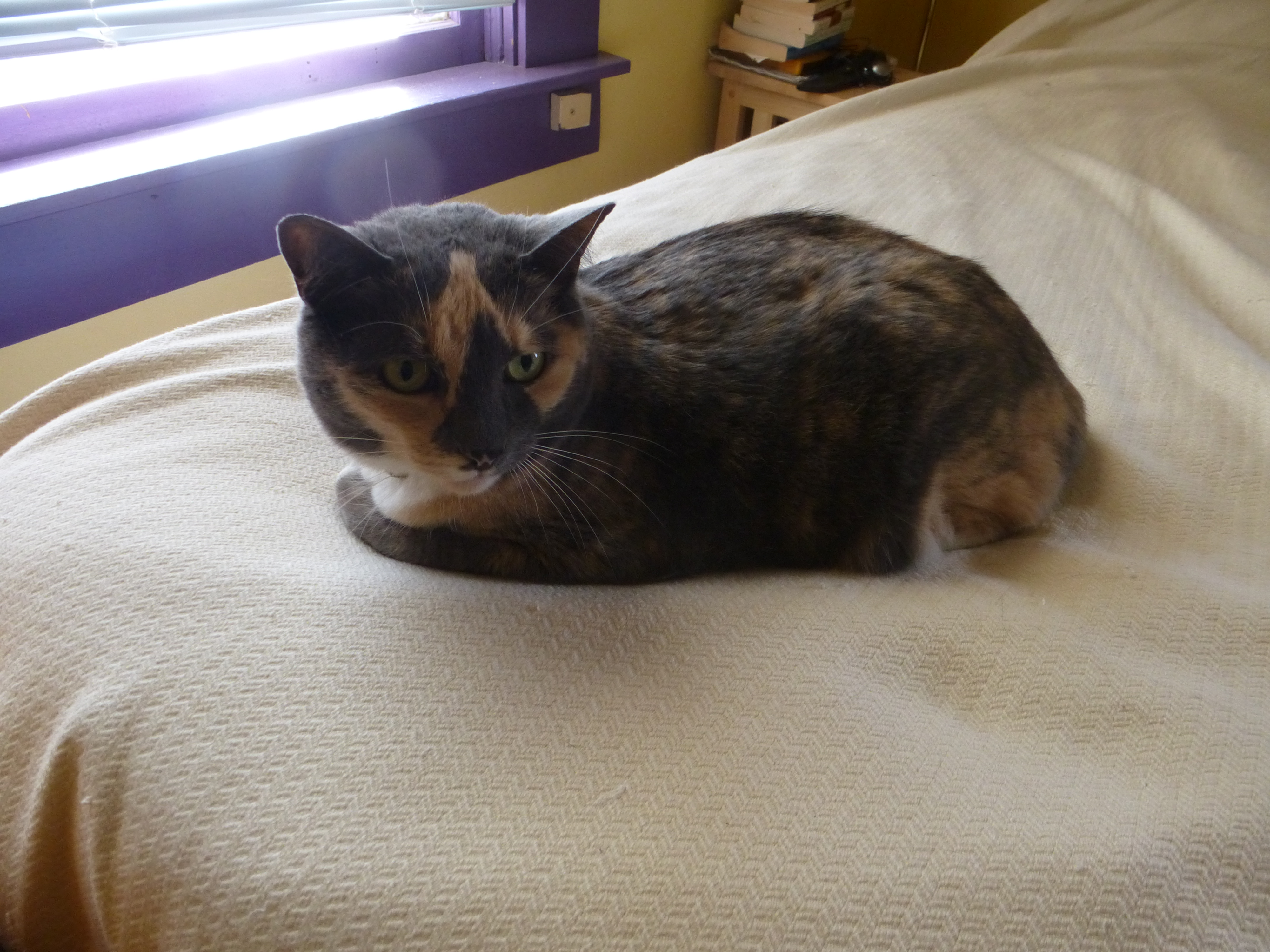 Boris (you can tell I’m getting my cat fix): 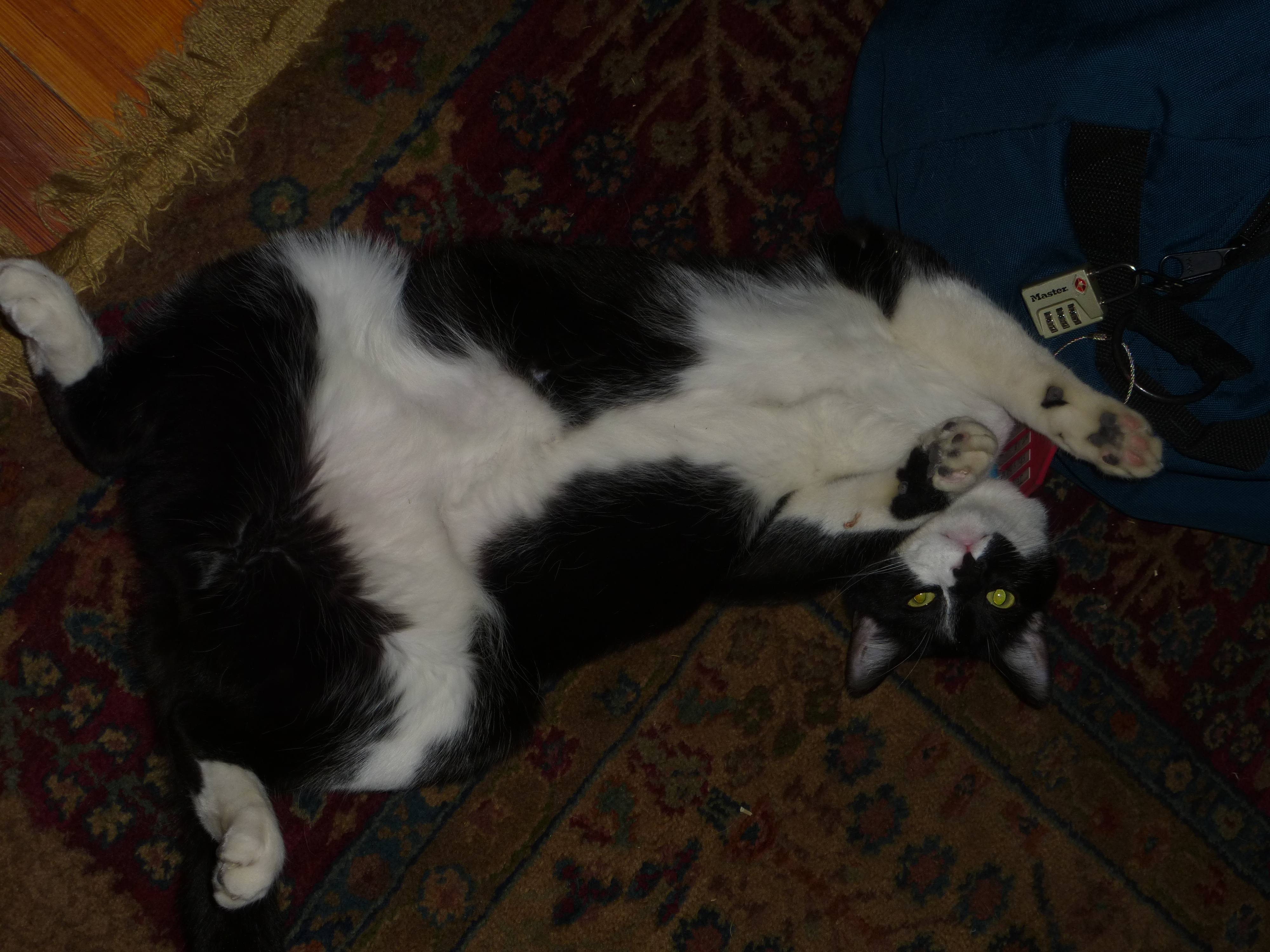 I will return to Las Cruces for two more days of visiting after six days of perambulation. I planned to leave early today, but Enterprise (a rental car company I’m coming increasingly to despise) didn’t have my car ready, as it was in transit from El Paso, Texas, an hour away. So we all went out to breakfast at Nellie’s Cafe, a great and popular spot in Las Cruces. 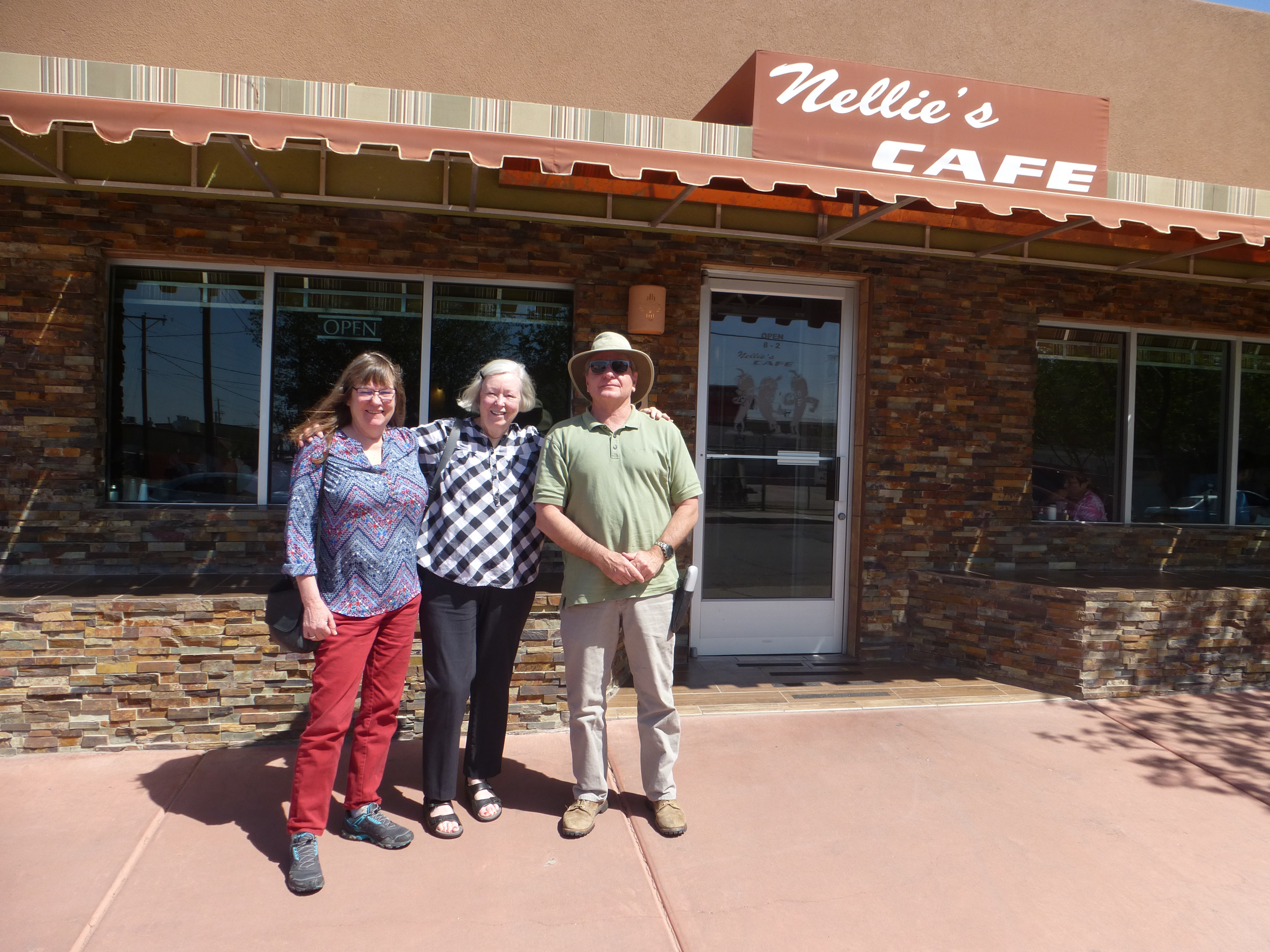 The number 2 combination, recommended by Bill: ground beef taco, refried beans with cheese, Spanish rice, an enchilada with “chile meat” (pork), and a chile relleno filled with cheese. A great breakfast, and I chose the green over red chile (you usually get a choice), as I think the green has more flavor. 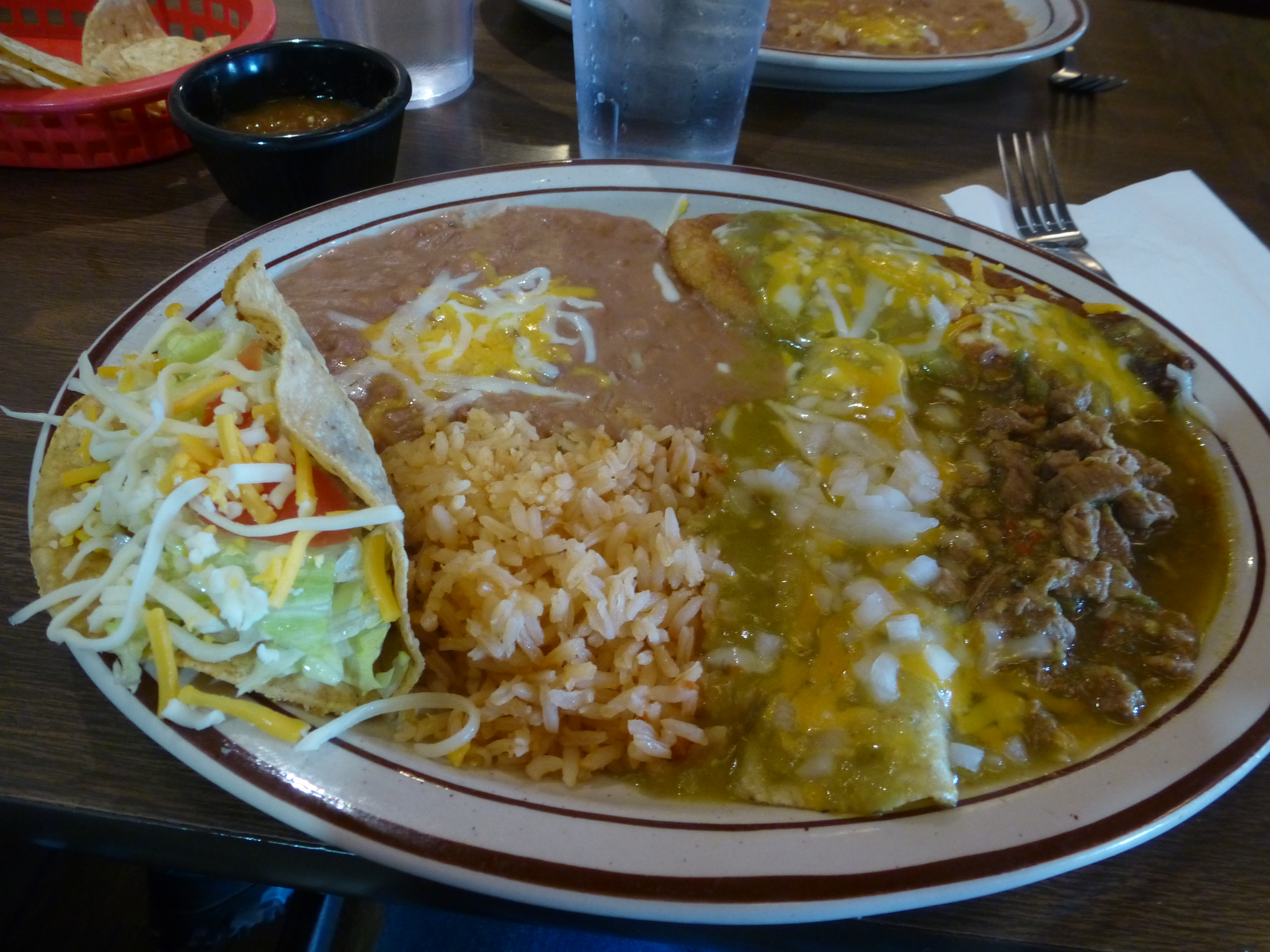 Up into the mountains northwest of Las Cruces to the quaint town of Silver City, which wants to be Santa Fe but is not quite as trendy. It’s lovely, and the drive here was gorgeous: 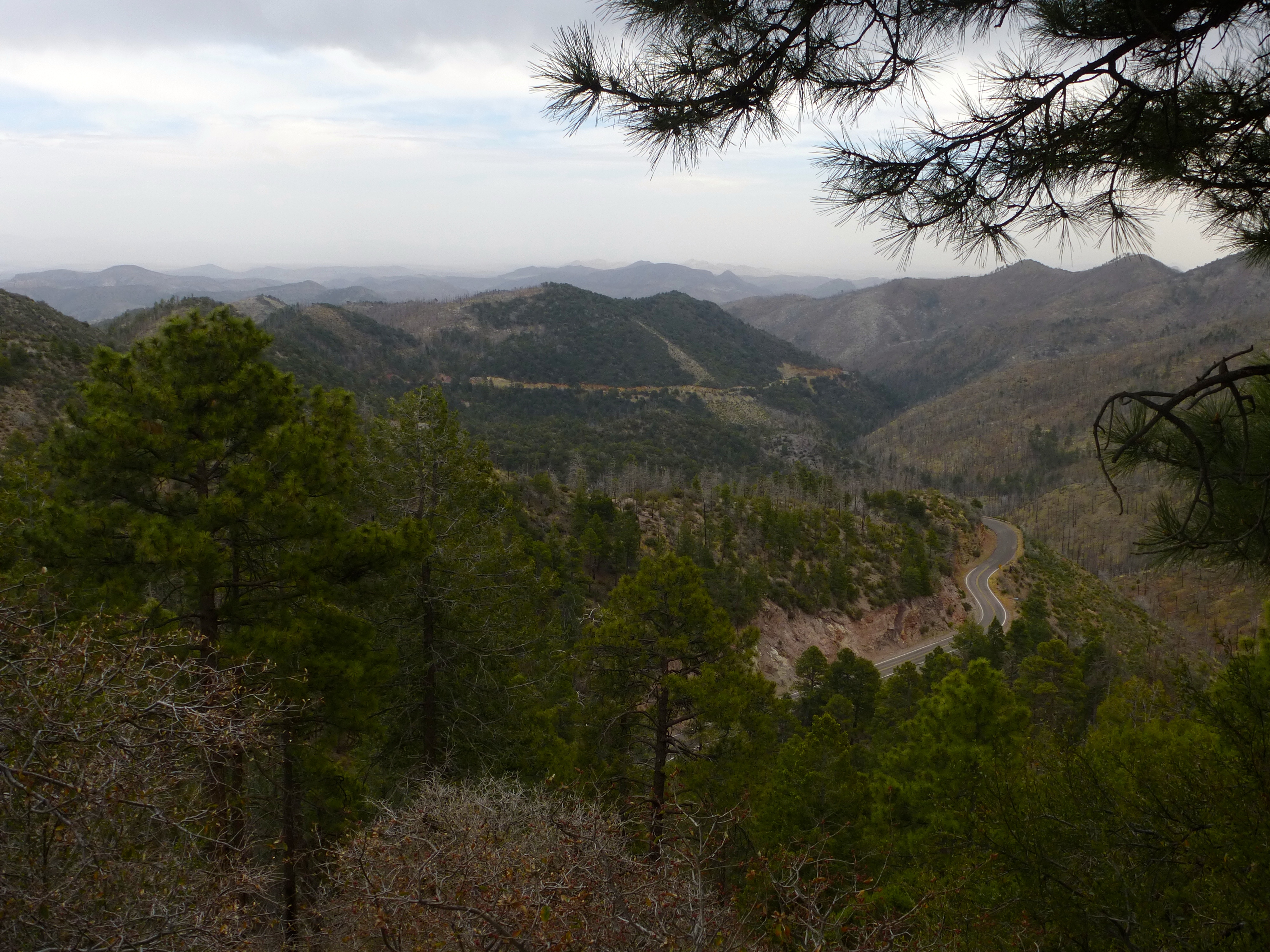 Sadly, in the middle of nowhere, and having driven very carefully, the tire started leaking air. (New cars tell you this.) When it got down to ten pounds I pulled over, called the AAA, and waited an hour and a half for someone to put the toy spare tire on (I didn’t trust the jack).

Then, driving to Silver City on the toy tire, I was informed that Enterprise could give me a swapper, but they had only huge vans, and by “huge” I mean half the size of a school bus. I bailed on that and went to Wal-Mart to buy a new tire. Enterprise said that if the flat is not my fault, they might reimburse me (bastards!). Well, they found three patched punctures in the tire when they replaced it, so it’s on Enterprise for giving me a threadbare tire. I anticipate a fight when I get back to Las Cruces! I lost about four hours of time, but I made it here and am staying at the Murray Hotel, an Art Deco original: 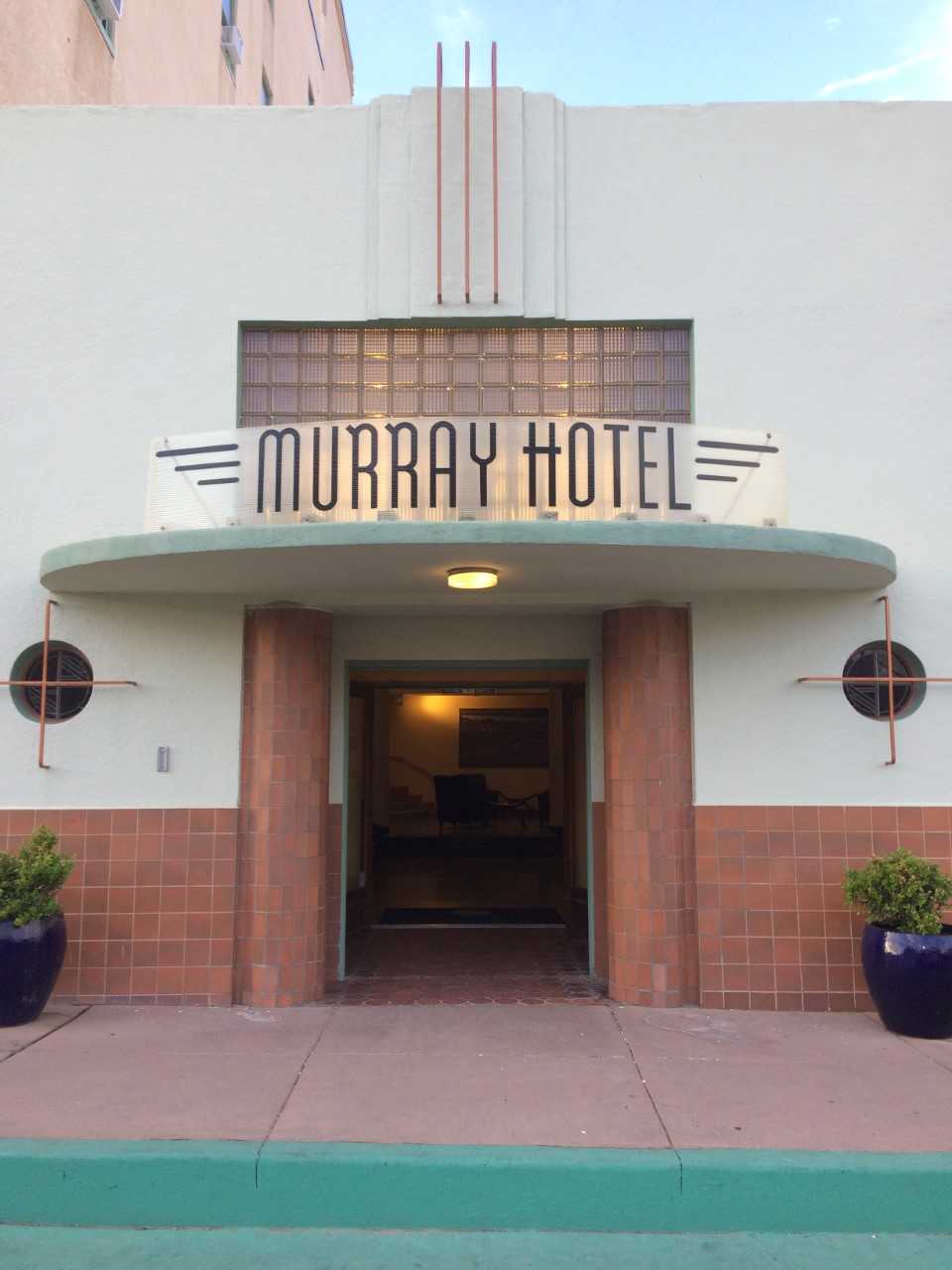 Finally, I have news from my two duck-sitters that all is well with Honey and Frank. I’m told they come at the whistle, and yesterday both of them ate from the grad-student duck-sitter’s hand! Here’s a photo I was sent. 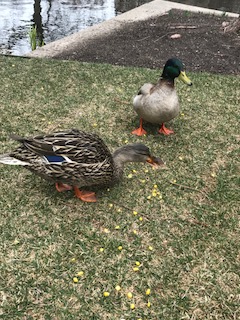 I noticed that Honey’s swain last year was also lacking the dark brown bib of a normal male, which suggests that a). the males were hybrids with domestic white ducks, and b). the male may be the same male we saw last year. Readers with time on their hands may want to go back and compare Sir Francis to last year’s drake.