We have some New Zealand pictures from reader Michael Hannah, whose notes are indented. Hannah is an associate professor of paleontology and evolution at the School of Geography, Environment and Earth Sciences at Victoria University of Wellington.

Numbers 1 – 6 were all taken at Pukaha Mt Bruce sanctuary–  I know you visited there on your NZ trip. Most animals were confined to cages so they were easier to photograph. Numbers 7 and 8 were taken at the NZ fur seal colony at Cape Palliser, on the southern coast of the Wairarapa – about 2 hours drive from Wellington. I’ve also thrown in a couple of photos from a fishing village that the road to Palliser passes through called Ngawi. There are no wharfs: boats are pulled in and out of the water by rusty old tractors – some of which are highly decorated! 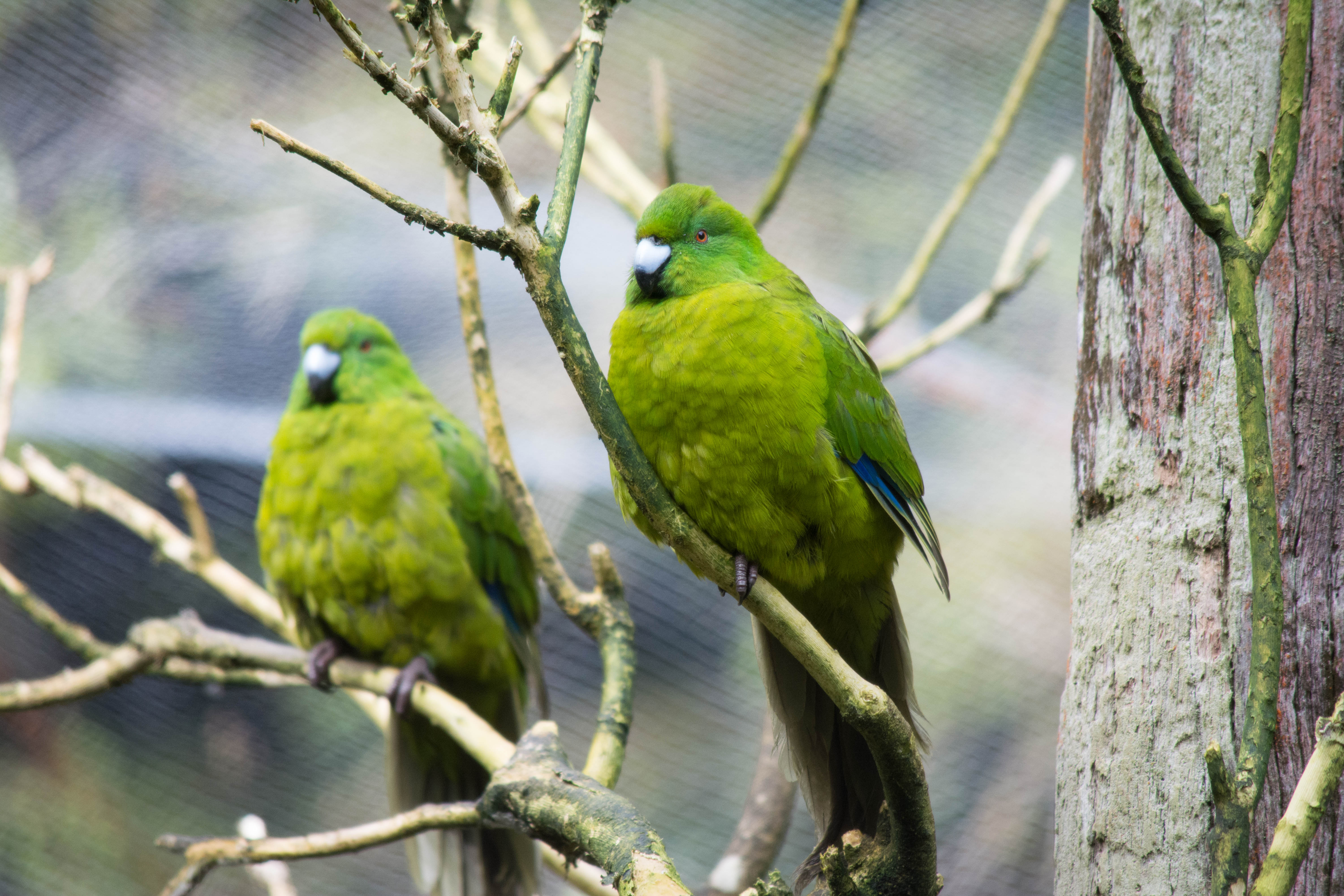 2.) Kākā – Nestor meridionalis. This is the north island version of the infamous Kea; it’s not quite as brightly coloured. 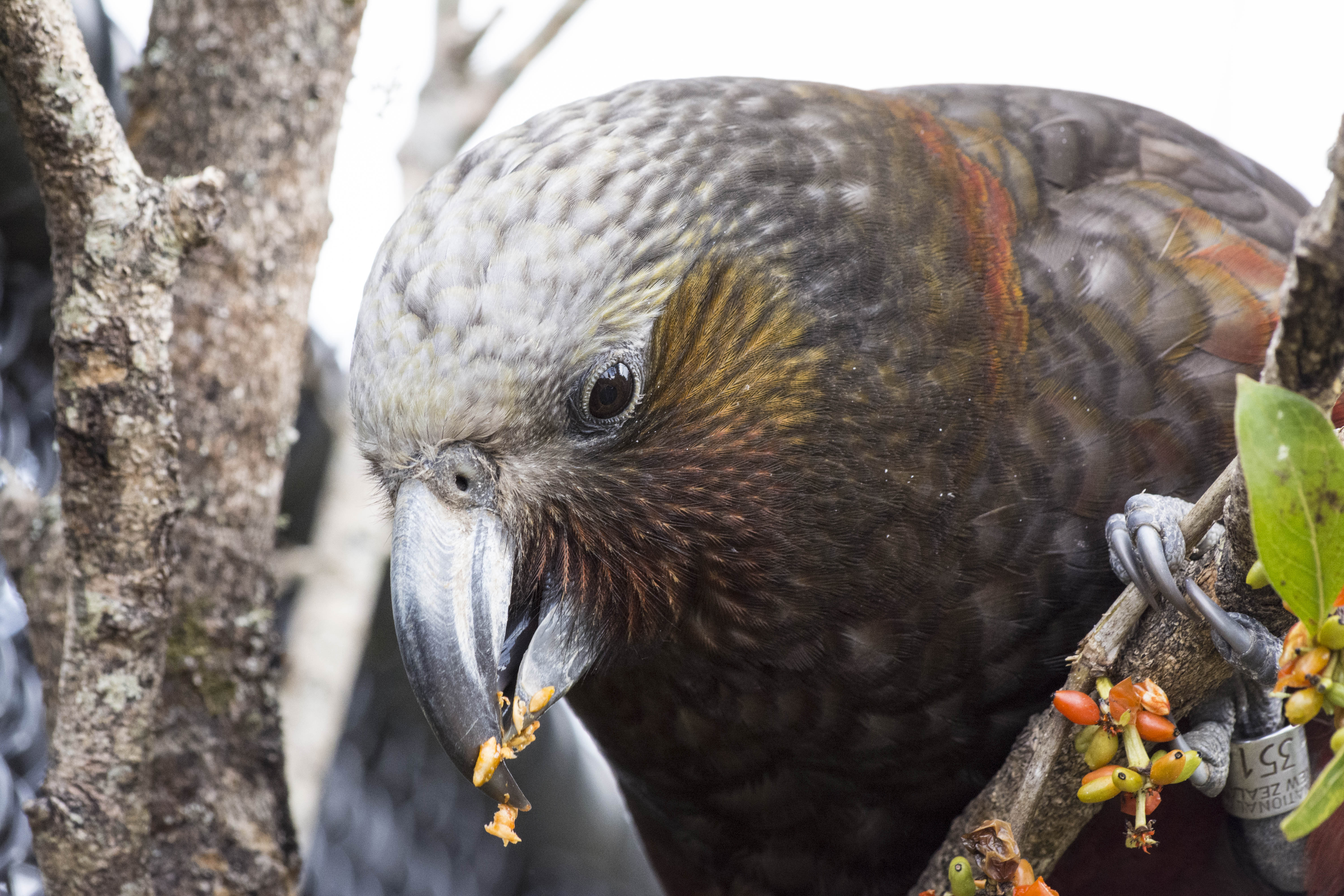 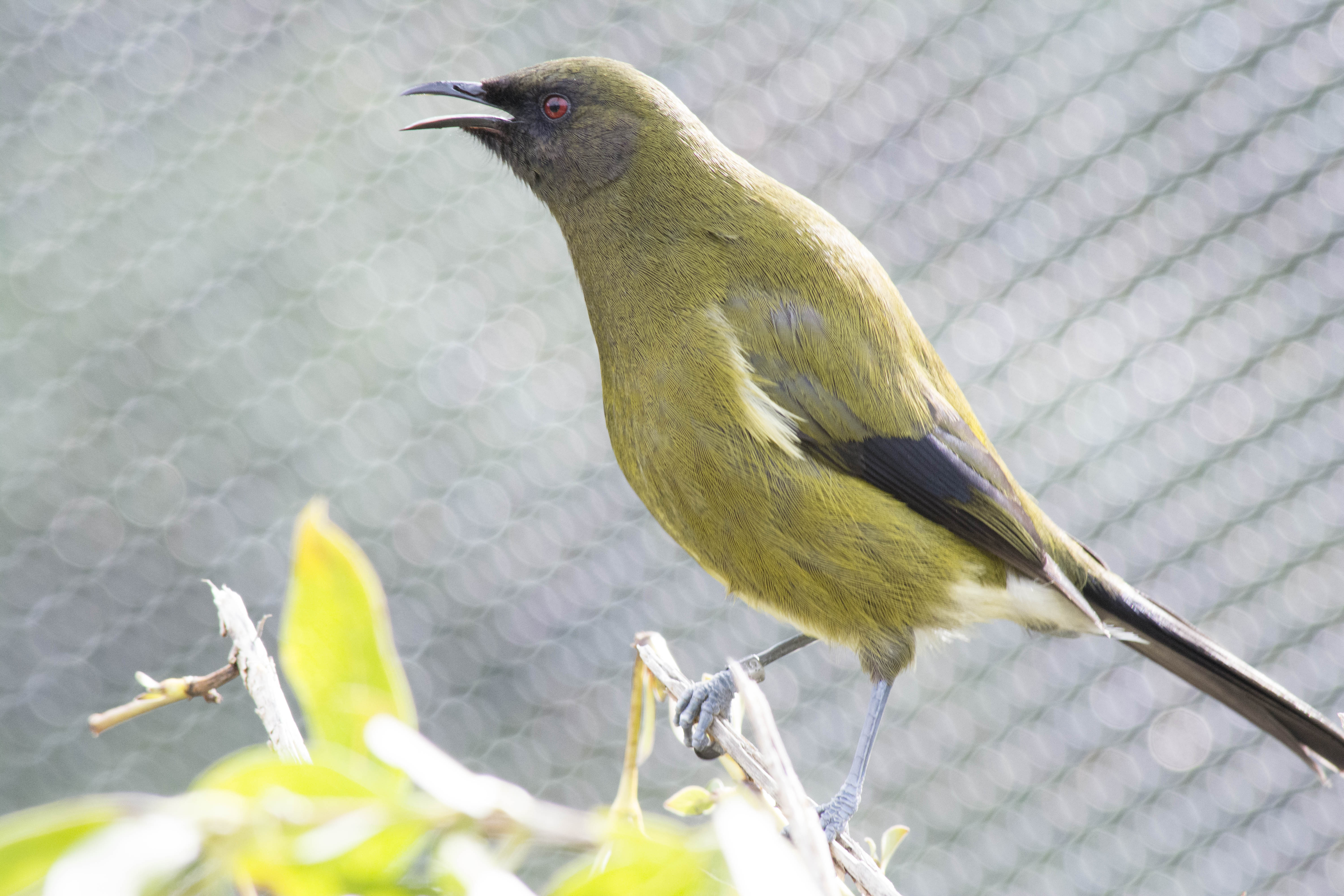 4.) Tui – (Prosthemadera novaeseelandiae)  one of my favourite birds – noisy, aggressive – but with the most beautiful feathers.  [JAC: note the white feathered “parson’s collar”.] 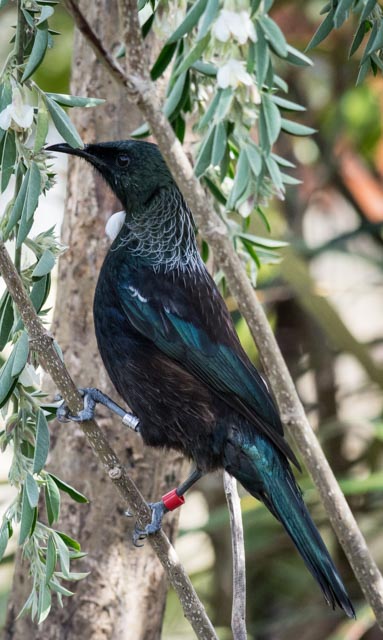 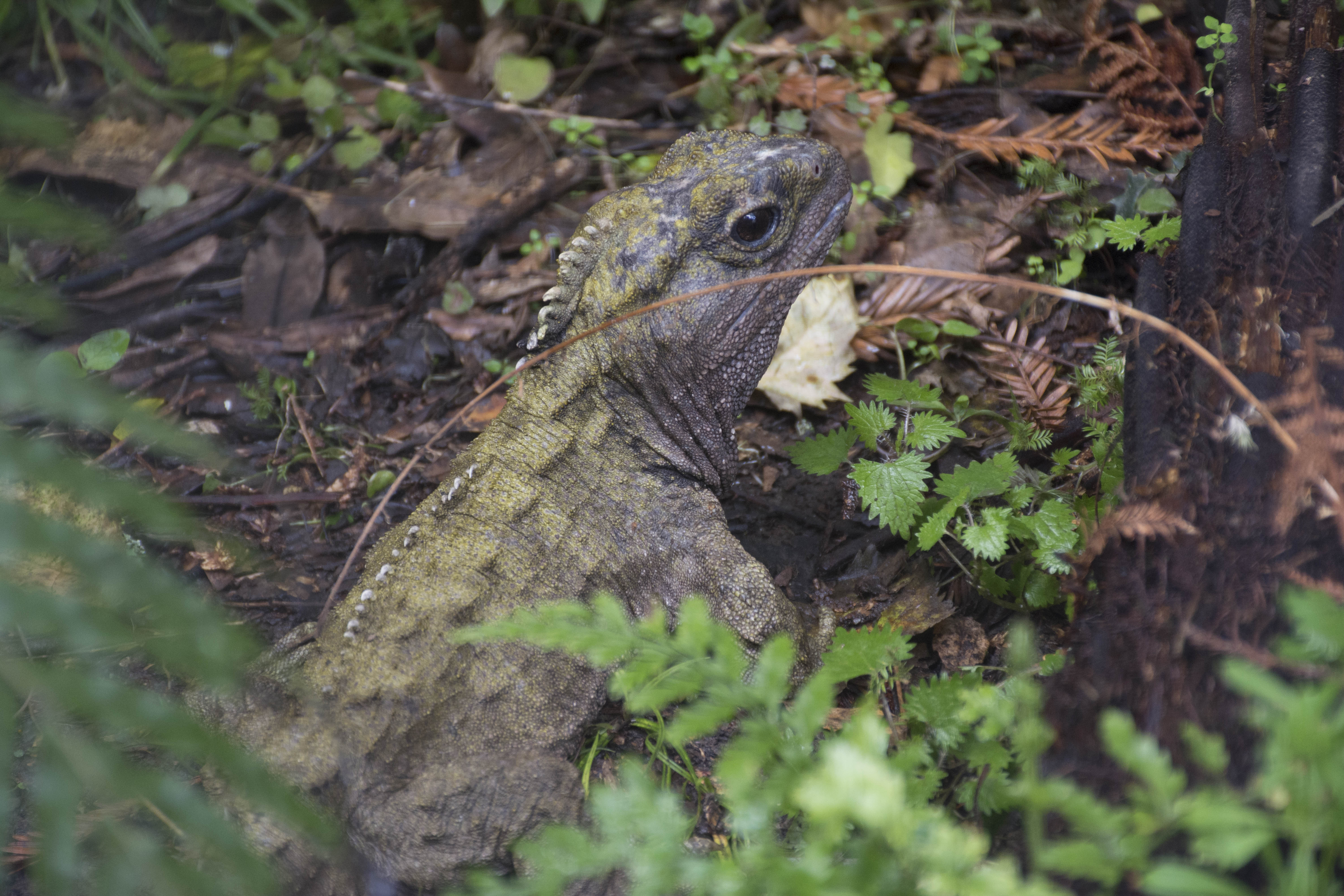 6.) Longfin Eel –  (Anguilla dieffenbachia). Once a major food source for Māori, but now in decline. Theses had gathered to be hand-fed by visitors to the sanctuary. 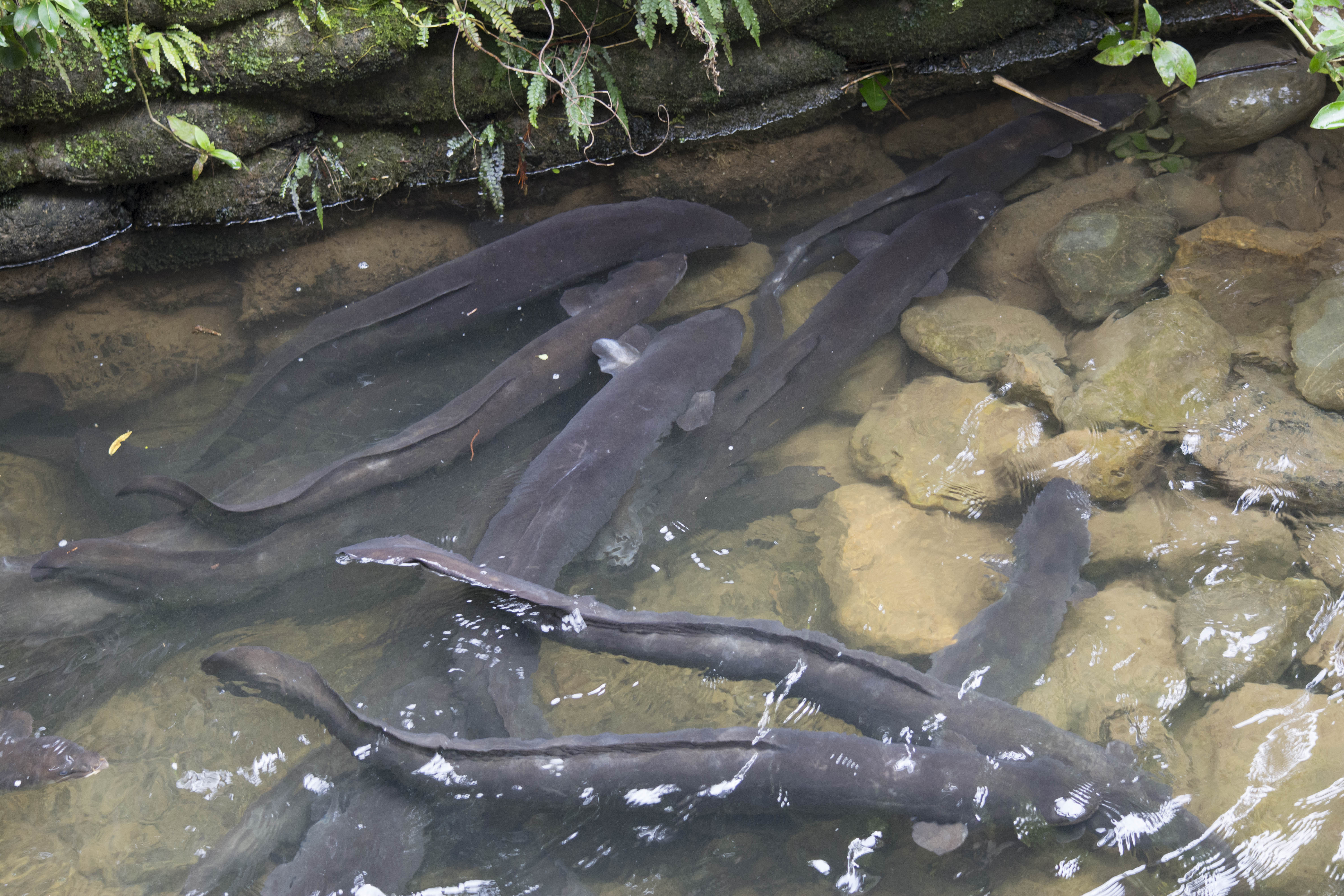 7.) and 8.) Young Kekeno – New Zealand fur seals. It was a hot day and everyone was sleepy. Some just wanted to float, neatly folded in a convenient rock pool. 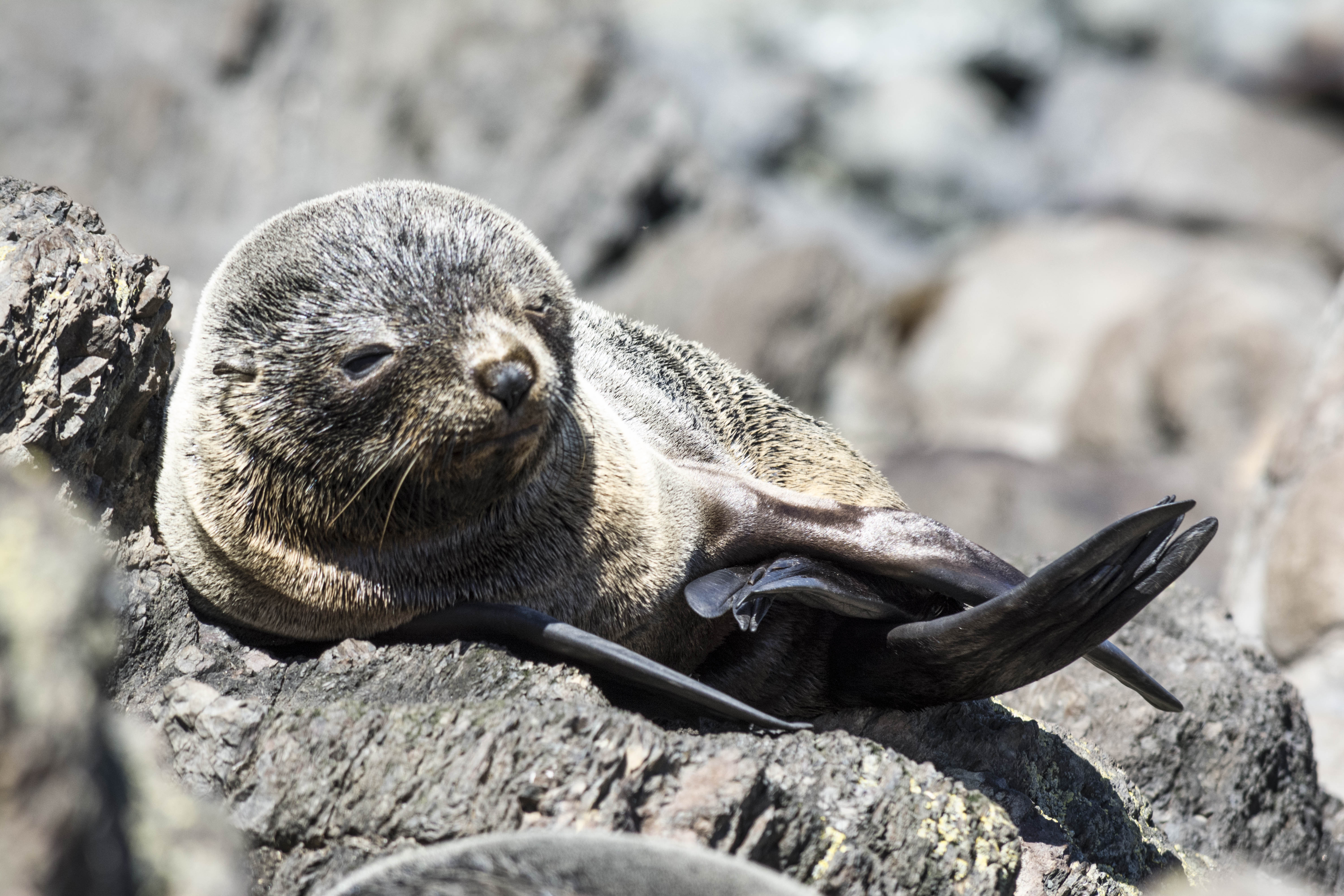 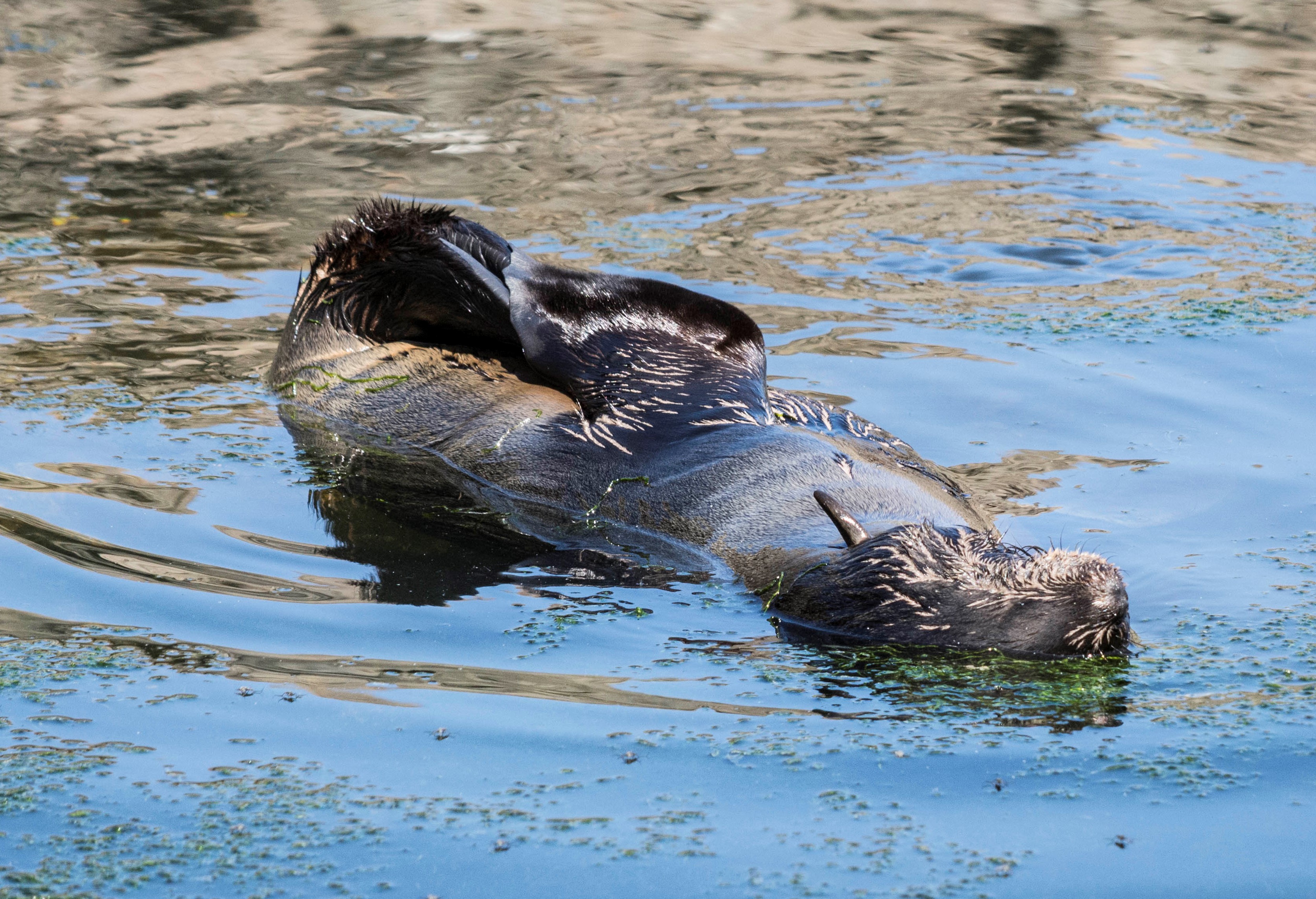 Here are the tractors used to drag the boats out of the water in Ngawi. Those crazy Kiwis! Wikipedia says this:

Ngawi has more bulldozers per capita than anywhere else. The bulldozers are used to haul fishing boats into and out of the water as there is no wharf or other access to the ocean other than the beach, which can be notoriously rough at times.

The location has a large population of fur seals, and is popular not just with commercial but recreational fishermen. The best fish to catch are Paua (a type of abalone which is prized for its iridescent shell as well as the flesh), crayfish (also known as rock lobster), and cod. The place is popular with all types of fishermen, including spearfishers. 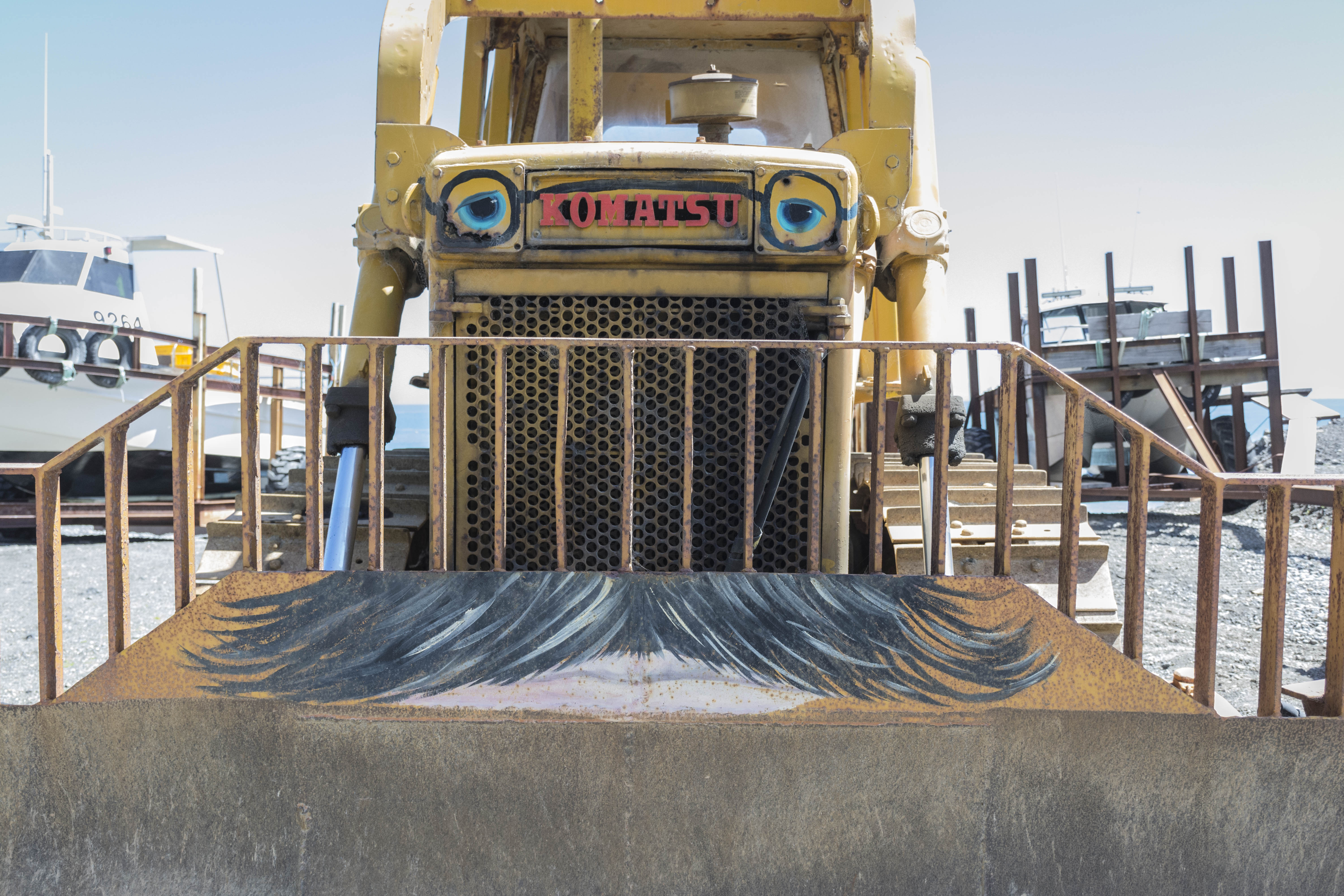 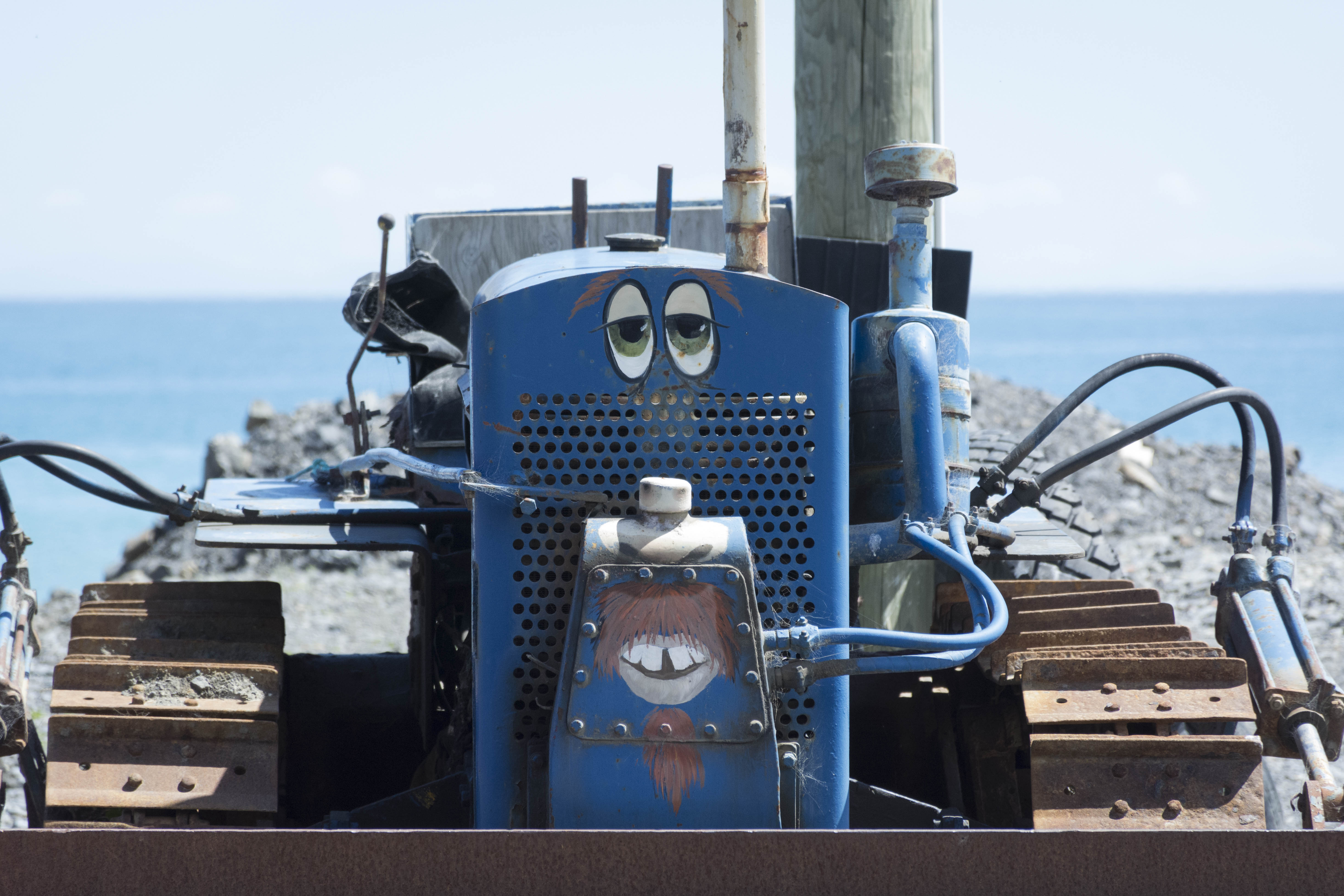