Yes, that’s a clickbait headline, but a bust that Portuguese artist Emanuel Santos made of his famous soccer-star countryman, Cristiano Ronaldo, didn’t turn out so well. As the Guardian reports:

The sculptor who made the bronze bust of Cristiano Ronaldo has admitted that his creation may not be to everybody’s taste but insisted the Real Madrid striker had given his seal of approval before it was unveiled.

Emanuel Santos, a Madeiran artist, was chosen to recreate the image of the four-time Fifa player of the year which will adorn the newly named Aeroporto Cristiano Ronaldo in Funchal after offering his services to the owner of the airport, where he was previously employed. Santos spent three weeks creating the bust before it was sent to the Portuguese mainland to be cast in bronze.

It was then unveiled on Wednesday by Portugal’s president, Marcelo Rebelo de Sousa, and will be on permanently on show outside the terminal entrance. But while social media users delighted in pointing out that rather than looking like the 32-year-old Real Madrid forward the bust was a closer resemblance to the former Republic of Ireland striker Niall Quinn, Santos insisted he was happy with his creation.

“It is impossible to please the Greeks and Trojans. Neither did Jesus please everyone,” he said. “This is a matter of taste, so it is not as simple as it seems. What matters is the impact that this work generated. There is always the possibility of making a difference, I was prepared for all this. I used as a base some photos of Cristiano Ronaldo that I found on the internet, nothing specific. I put the photos next to me and started working on the bust.”

Here’s former Republic of Ireland captain Niall Quinn, who looks a lot more like the bust: 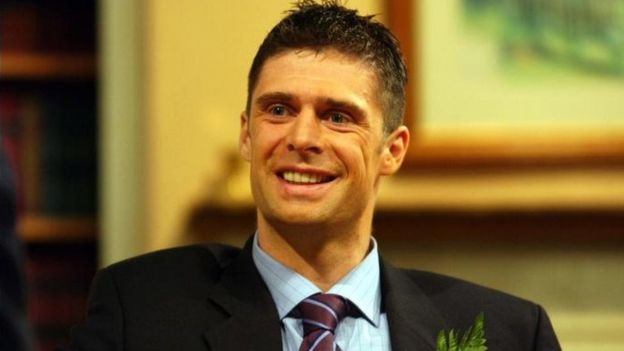 A couple of tweets:

And do you remember this one?

20 thoughts on “An artist made a bust of Cristiano Ronaldo, and you won’t believe what happened next!”