A Colorado news station announced the successful hatching of a single kea chick (Nestor notabilis), although four eggs were produced. (I wrote about my own sighting of a kea in the “wild” here. )

You can see the report by clicking on the screenshot below, which takes you to a video and to this information (I like the headline):

This [the station doesn’t don’t say what; perhaps artificial insemination] resulted in four eggs, and while zookeepers tried to let the proud parents rear the eggs themselves, they ended up breaking two of them – forcing the zoo to step in and incubate them artificially.

Of those two, only one chick hatched – and that chick is Scarlet. She’ll get to meet her parents when she gets a little bit older, but right now, she’s being hand-raised by zookeepers.

Kea are found mostly in the mountains of the south island of New Zealand. Adults can grow 19 inches long and weigh about two pounds. 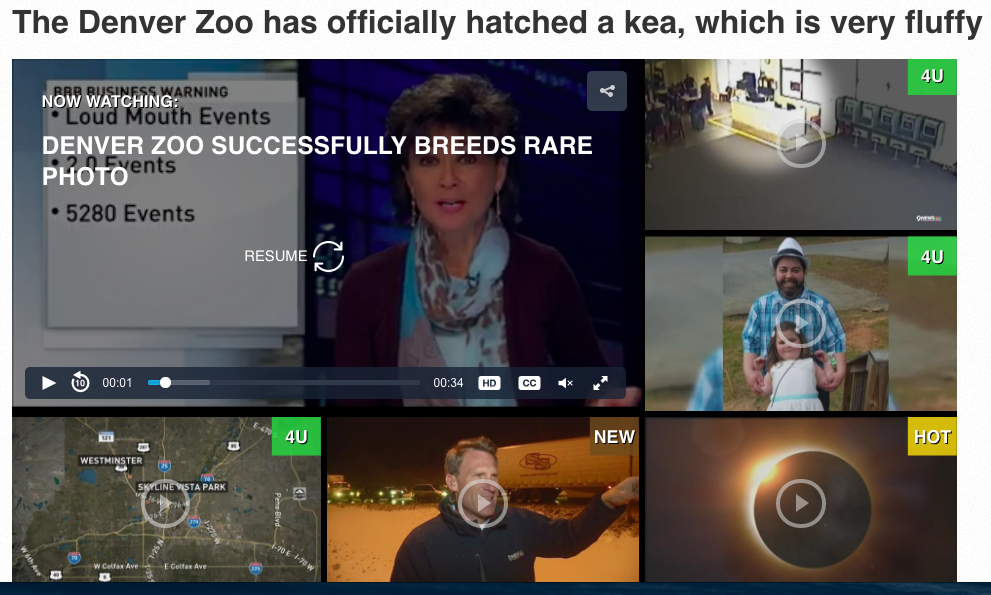 Here’s Scarlett. She needs a mate! 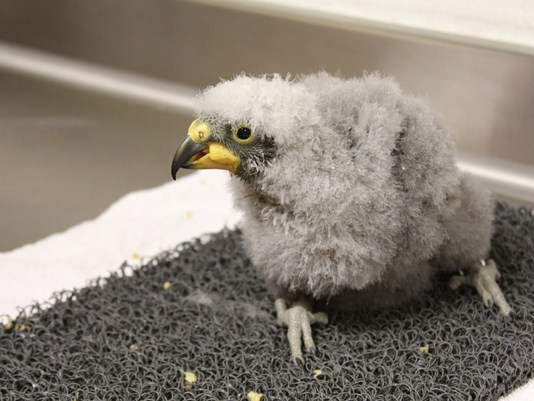 Here’s Scarlet being fed (all photos Courtesy Denver Zoo). She’s one of only 38 kea chicks reared in captivity: 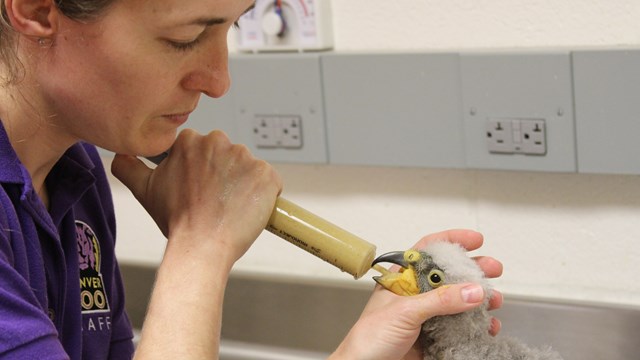 And here’s the sister species of the kea: the New Zealand kākā (Nestor meridionalis), which I saw yesterday, and very close up (on our lunch table, and everybody else’s). More pictures tomorrow! 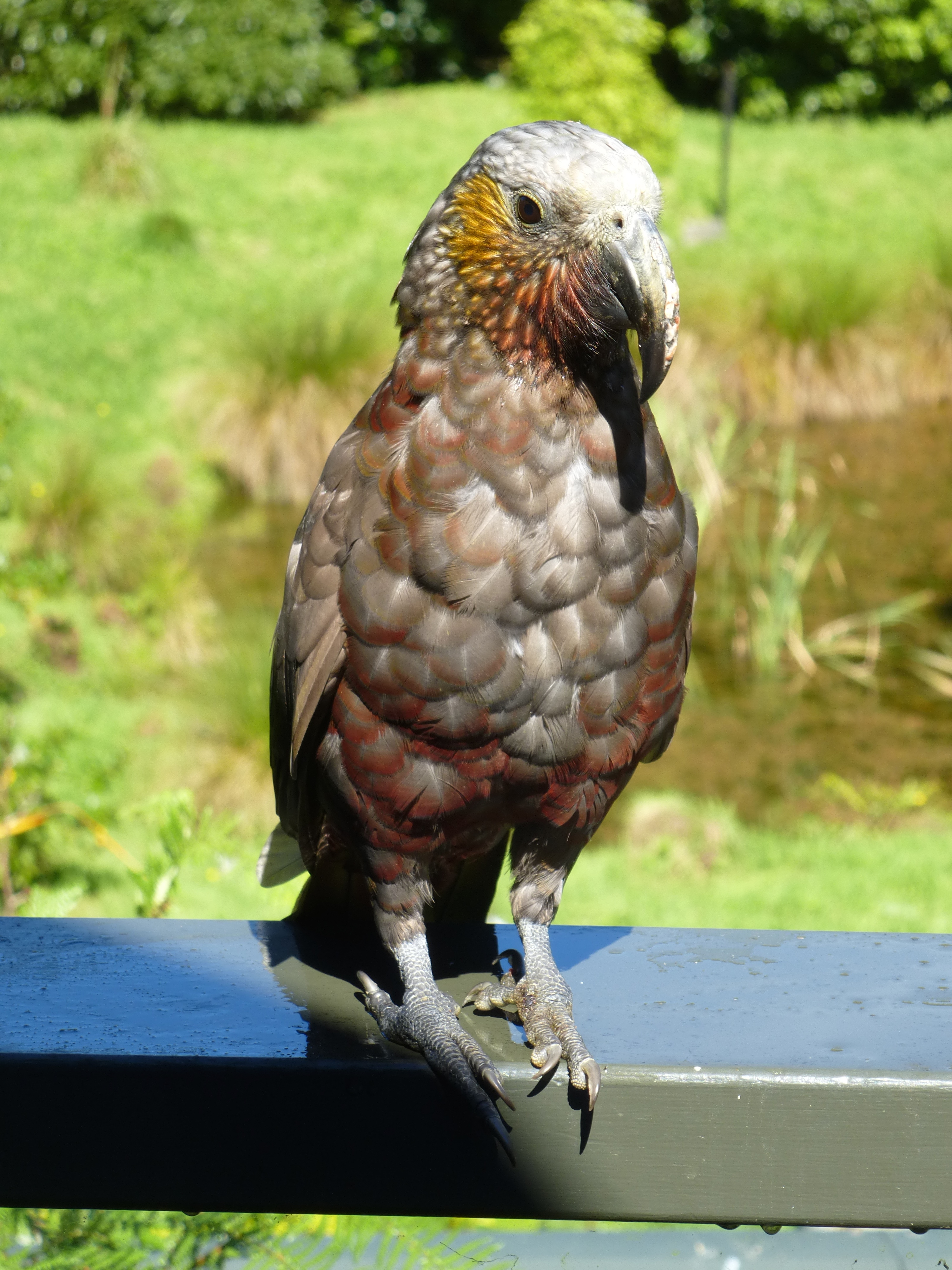 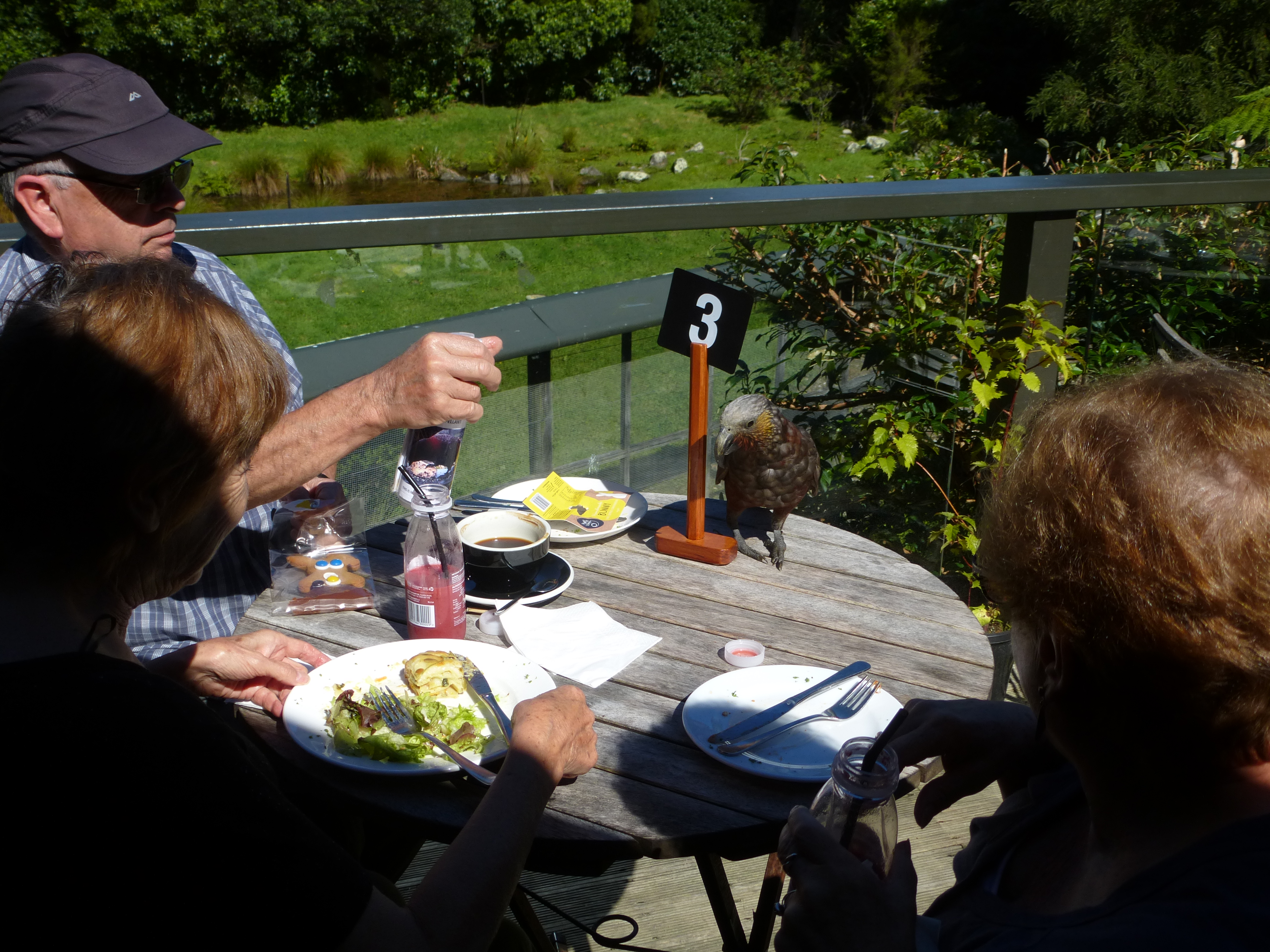