Good morning on a snowy Monday: March 13, 2017. Snow is falling fairly heavily (though we won’t get near what the Northeast US will get), and we’re predicted to get 3 to 6 inches by tonight. Here’s a picture of the snow falling around Frank Lloyd Wright’s Robie House (1909-1910), which I walk by daily on my way to work: 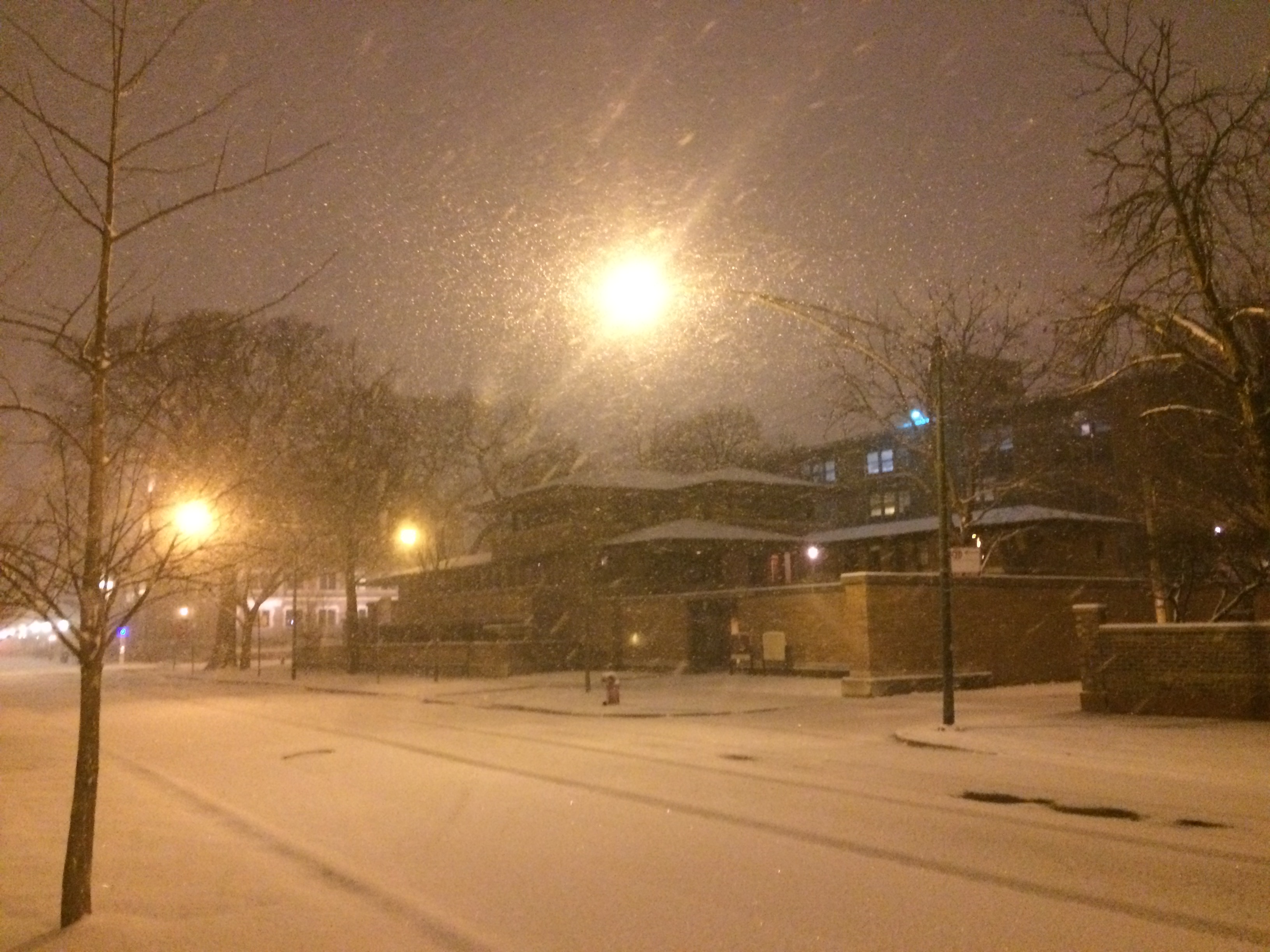 Yes, the newspapers were right: snow was general all over Ireland. It was falling softly upon the Bog of Allen and, further westwards, softly falling into the dark mutinous Shannon waves. It was falling too upon every part of the lonely churchyard where Michael Furey lay buried. It lay thickly drifted on the crooked crosses and headstones, on the spears of the little gate, on the barren thorns. His soul swooned slowly as he heard the snow falling faintly through the universe and faintly falling, like the descent of their last end, upon all the living and the dead.

(Grania says that there’s no snow in Ireland, much less “general” snow, and it’s tee-shirt weather in Cork.) But in the U.S. it is, appropriately, National Chicken Noodle Soup Day. It’s also National Elephant Day in Thailand, honoring all pachyderms.

On this day in 1639, Harvard College was named after John Harvard, an English clergyman who moved to New England.  On March 13, 1943, the Nazis wiped out the Jewish ghetto in Krakow, Poland. In 1996, a gunman killed 16 children and a teacher at the Dunblane Primary School, ultimately leading to severe restrictions on guns in the UK, and in 2013, Pope Francis was elected amidst the usual cries of “habemus papam.”  And that’s what happened on this day—not a particularly distinguished day in history.

Hili: I wonder.
A: What about?
Hili: Whether this apple is from the tree of knowledge.
(Photo: Monika) 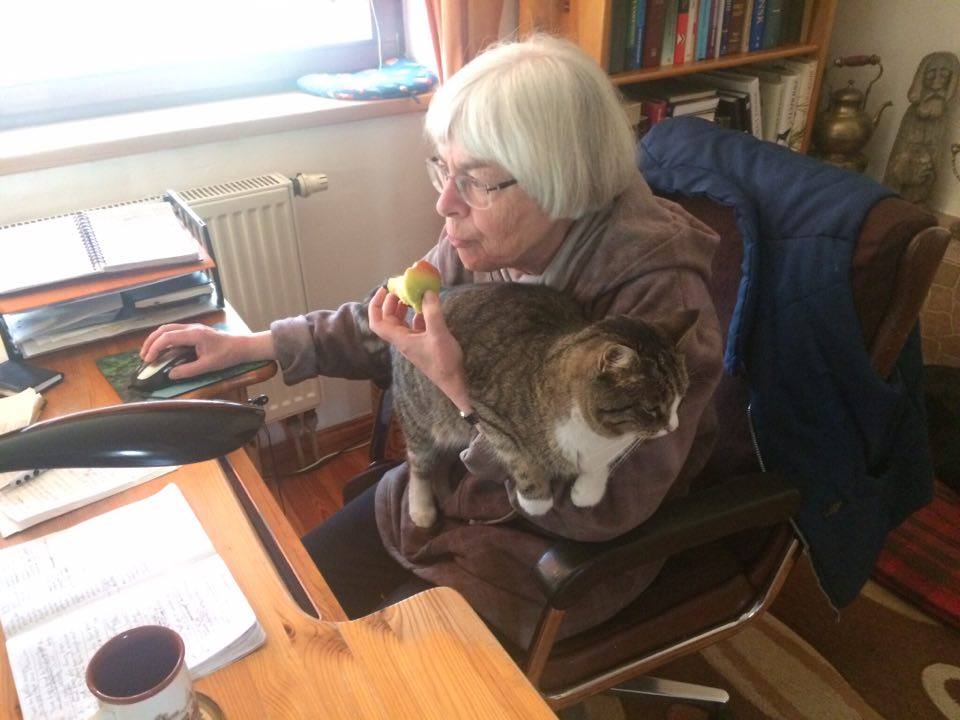