As the tweet below notes, in January the website Spiked rated British Universities for how tolerant they were toward free speech, giving them three ratings:

The University of Lincoln, in the eponymous town, received an Amber rating for the University as a whole and red for its Student Union, for the following reasons: 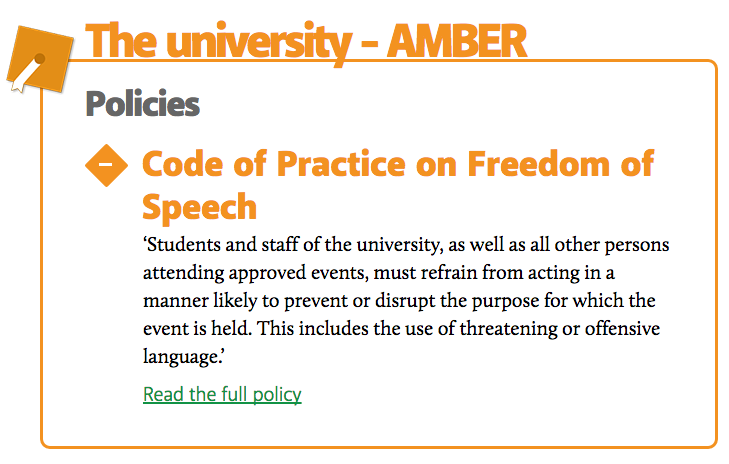 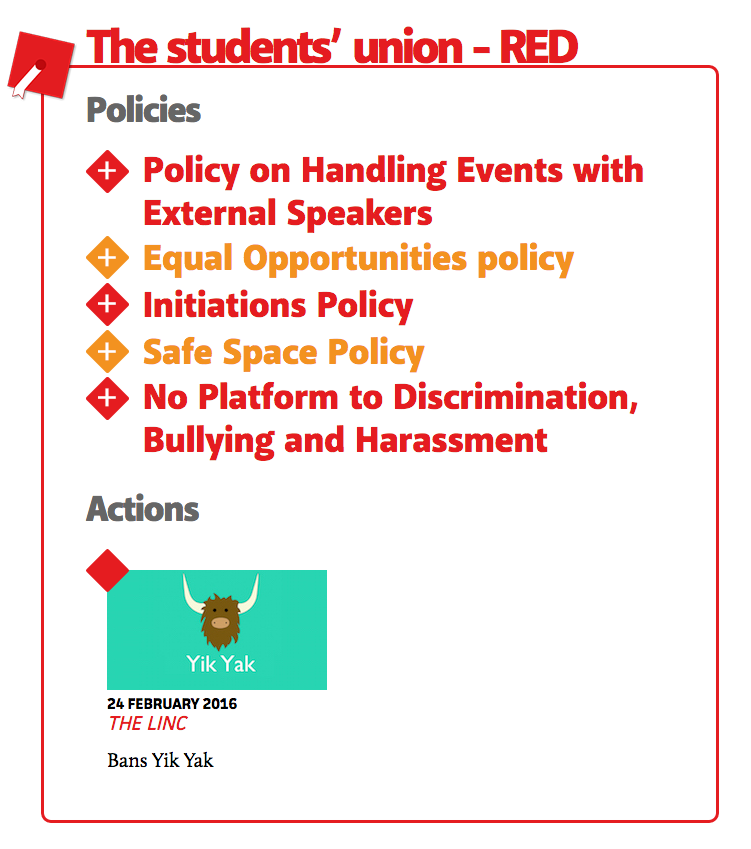 The full story, by Harry Yorke, the online editor of the Torygraph, has now been published in the paper, confirming the accuracy of the tweet. Karl McCartney, a local MP, said this, “”This intolerant, illiberal and totalitarian response is akin to something out of the Soviet Union or North Korea rather than a place for learning and debate.” And both the University and its Student Union tendered tepid, self-serving responses:

A spokesman for Lincoln University said the Students’ Union had its own set of policies on free speech, adding that it respected its right to govern independently.

Lincoln Students’ Union said that it was unable to comment on “live disciplinary matters”, but said it was “proud to protect the rights of all individuals to express their opinions, ideas and concerns”.

The Student Union is dissembling since the matter is now longer “live,” and it’s not protecting anybody’s right to expression their opinions, except the Student Union itself. This whole incident is about as ironic as it gets.