Presented for your approval on the fourth day of Fleetwood Mac Week, this is, for many, the best of all Fleetwood Mac songs. “Rhiannon” was of course written by Stevie Nicks, and first appeared on the 1975 album named after the group. Curiously, though, it never got higher than #11 on the U.S. charts and only #46 on the UK charts: a travesty for a song of this quality. You may have heard it a gazillion time before, but listen with fresh ears.

Nicks discovered Rhiannon in the early ’70s through a novel called Triad, by Mary Bartlet Leader. The novel is about a woman named Branwen, who is possessed by another woman named Rhiannon. There is mention of the Welsh legend of Rhiannon in the novel, but the characters in the novel bear little resemblance to their original Welsh namesakes (both Rhiannon and Branwen are major female characters in the medieval Welsh prose tales of the Mabinogion).

Nicks bought the novel in an airport just before a long flight and thought the name was so pretty that she wanted to write something about a girl named Rhiannon. She wrote “Rhiannon” in 1974, three months before joining Fleetwood Mac, while living with Richard Dashut and Lindsey Buckingham in Malibu, and has claimed that it took 10 minutes to write. [JAC: OMG—what a talent!]

After writing the song, Nicks learned that Rhiannon originated from a Welsh goddess, and was amazed that the haunting song lyrics applied to the Welsh Rhiannon as well. Nicks researched the Mabinogion story and began work on a Rhiannon project, unsure of whether it would become a movie, a musical, a cartoon, or a ballet. There are several “Rhiannon Songs” from this unfinished project including “Stay Away” and “Maker of Birds.” Nicks wrote the Fleetwood Mac song “Angel” based on the Rhiannon story.

How many girls were named “Rhiannon” after this song came out? I haven’t met any, but I bet some readers have.

This live version comes from The Dance concert and album (1997): 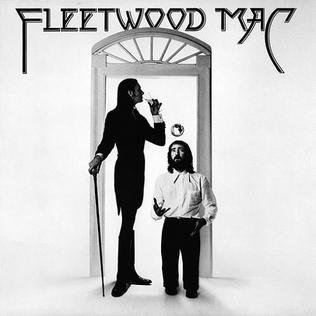