I forgot that it’s Fleetwood Mac Week, so please accept this belated live version of “The Chain” (from the concert and record The Dance, with the album celebrating its 20th anniversary). I may in fact take all the cuts from that concert, for it was superb.

“The Chain” is the only song on the Rumours album (where it first appeared in 1976—41 years ago!) whose writing was credited to everyone in the band. Some background from Wikipedia:

According to interviews on the writing of Rumours, the final section of “The Chain”—beginning with a bass progression—was created by John McVie and Mick Fleetwood. Stevie Nicks had written the lyrics separately and thought they would be a good match; she and Christine McVie did some reworking to create the first section of the tune. Other elements were worked in from an early project of Christine’s called “Keep Me There”. The blues-style piano motif was removed, and the remainder combined with a bridge from yet another piece manually using a razor blade to cut and splice the tapes. To complete the song, Buckingham recycled the intro from an earlier song from a duet with Nicks, “Lola (My Love)”, originally released on their self-titled 1973 album.

Due to the spliced nature of the record (the drums and guitar were the only instruments actually recorded in each other’s company) and its sporadic composition and assembly from different rejected songs, “The Chain” is one of only a few Fleetwood Mac songs whose authorship is credited to all members of the band at the time. The finished song itself has a basic rock structure, although it has two distinct portions: the main verse and chorus, and the outro. The song shows influences of hard rock, folk, and country, using a dobro to play the guitar riff.

The version from Rumours is here. 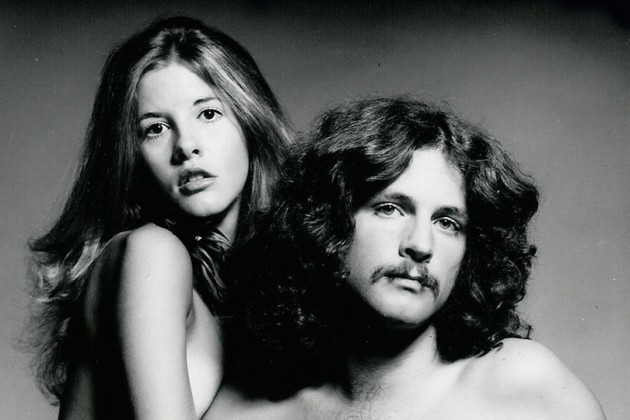