Tara Tanaka (Vimeo site here, Flickr site here), has sent us yet another lovely 2 ½-minute  video, this time of a Great Egret (Aredea alba) displaying.  Be sure to watch it on the Vimeo site, enlarged and in high definition. Her notes:

For the first time I’ve tried shooting photos from our Gheenoe [a boat], and as long as the wind isn’t blowing too hard it works well. I really didn’t think it would be steady enough, but I found that if I hold my breath I can even shoot video from it! I paddled our Gheenoe out into the swamp before sunrise on Monday and videoed this gorgeous male Great Egret displaying in perfect morning light. It looked like he would have really nice backlighting in that spot just before sunset, IF he hadn’t attracted a mate by then. I paddled back out with my digiscoping gear for even more reach later in the afternoon and shot the very last clip. I slowed this down to half of original speed, but used the audio at normal speed. You can hear the loud “wichity-wichity” of a Common Yellowthroat, and if you turn the sound up you can hear many Red-winged Blackbirds and the “rusty gate” sound of Rusty Blackbirds, a species in serious decline.

And we have two photos from Stephen Barnard, who’s still fishing and traveling in New Zealand:

Black swan (Cygnus atratus). Not all swans are white, which came as a surprise to Europeans, who had assumed otherwise, when they were found in Australia. It illustrates the philosophical problem of induction, the “long tails” of probability distributions, and the underestimation of rare but potentially disastrous events, such as the economic crisis of 2008. (The Black Swan: The Impact of the Highly Improbable, Nassim Nicholas Taleb) 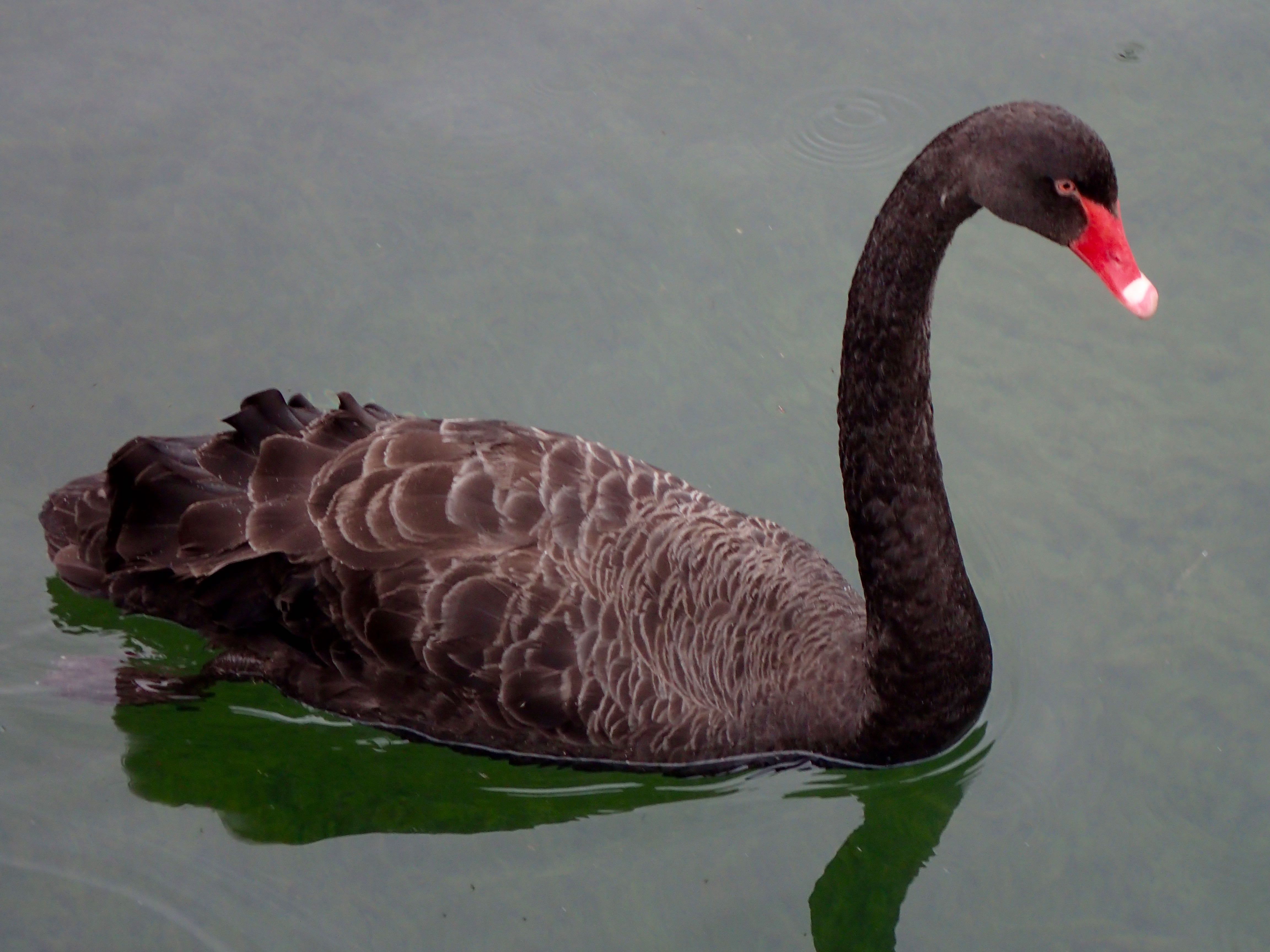 And Stephen caught a fish (and sent travel notes, for  I asked him where to visit after I arrive in mid-March):

The fishing has been tough  due to weather and stream conditions, but I caught this nice brown trout (Salmo trutta) yesterday.

I’ve been all over South Island, but avoiding cities. The variety is extraordinary for such a small place. The scenery around Wanaka is the best, in my opinion, but there aren’t any really bad places that I’ve seen. The Fjordlands are spectacular if you can tolerate the usually rainy weather.