Here’s a gorgeous photo of clownfish, which just won the photographer, Qin Ling of Canada, an award in the Behaviour category at the Underwater Photographer of the Year competition (click to enlarge) – you can see all the winners here. 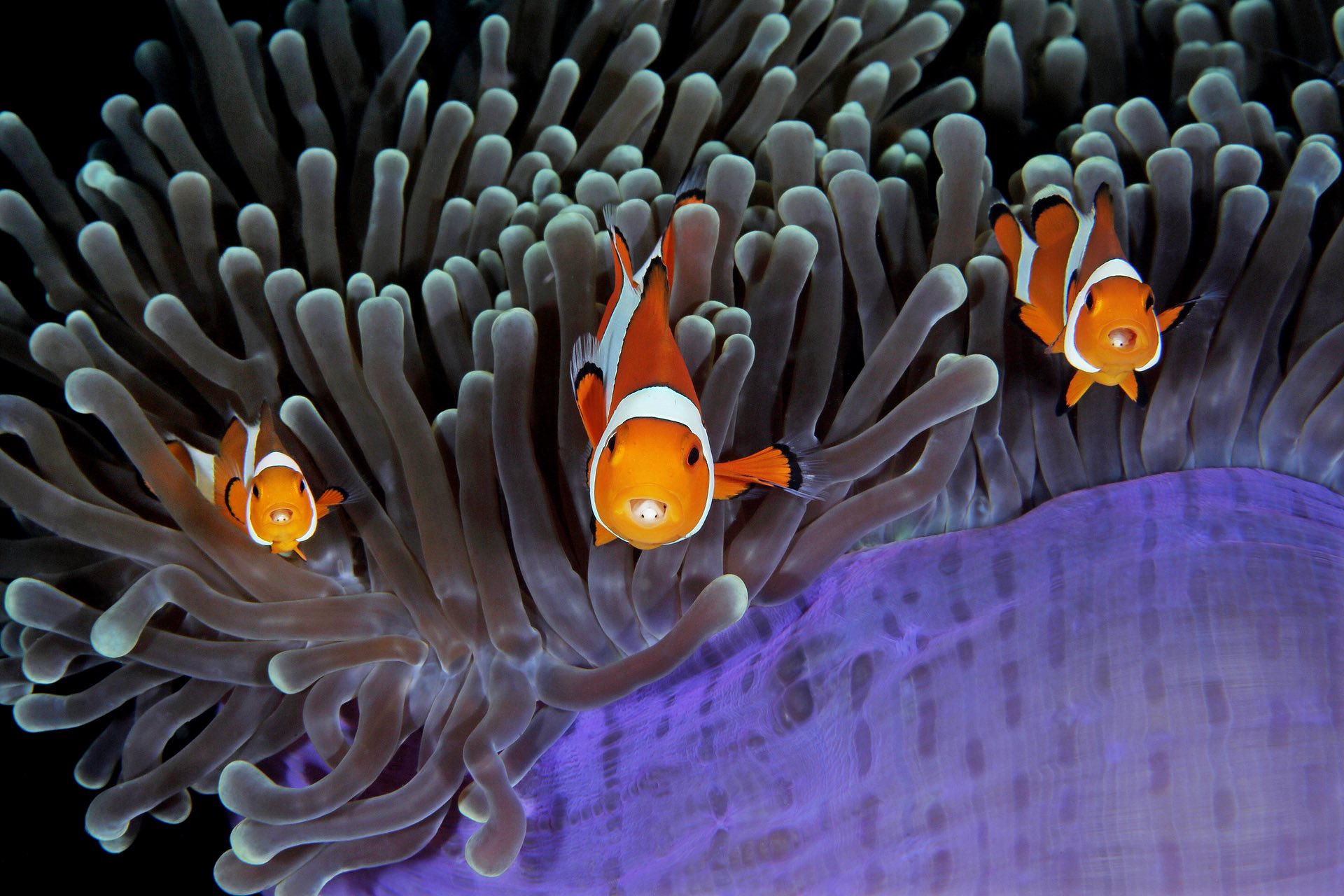 Ling’s photo is entitled ‘Your home and my home’. Look closely at these Nemos. Look at their mouths. Those little eyes peeking out. They are not drawn on, as PCC(E) first suggested, nor are they Photoshopped. And they are not babies. They are isopods (like pillbugs or woodlice), which are parasitic. They eat the fish’s tongue, and then replace it, sitting in there, presumably getting first dibs on the food as it comes in. They occasionally turn up on people’s dinner plates when folk order fish and get a crustacean chaser.

The photography judge said:  “Six eyes all in pin-sharp focus, looking into the lens of the author … this was one of my favourite shots of the entire competition.”

JAC: Let me add two references and two videos.  You can read Carl Zimmer’s take on these parasites at National Geographic, or Wikipedia’s entry on Cymothoa exigua, the “tongue-eating louse,” which appears to be the only species that does this.

Here’s a video, which has only one photograph:

Here’s another video with photos; it claims that this is the only case in which one organism replaces another organism’s body part: