Ahoy-hoy. It’s Thursday already – this week feels extra-short to me as Monday was a public holiday here in Ireland to facilitate the clocks going backwards or forwards or something. I rely on the All-knowing Internet to reset my phone and computers so I am only peripherally aware of it.

Today in 1957, Sputnik 2 launched with unfortunate canine astronaut Laika aboard. She survived only a few hours into her first space flight due to overheating, although the true cause of her death was not admitted for many years.

In 1954 the first Godzilla movie was released in Japan and claimed a spot for itself in movie history. It was a monster movie, of course; but also a comment on post-war Japan and nuclear programs particularly in the wake of the horrors of Hiroshima and Nagasaki.

The film has gone on to spawn numerous sequels and re-makings both in Japan and the USA. 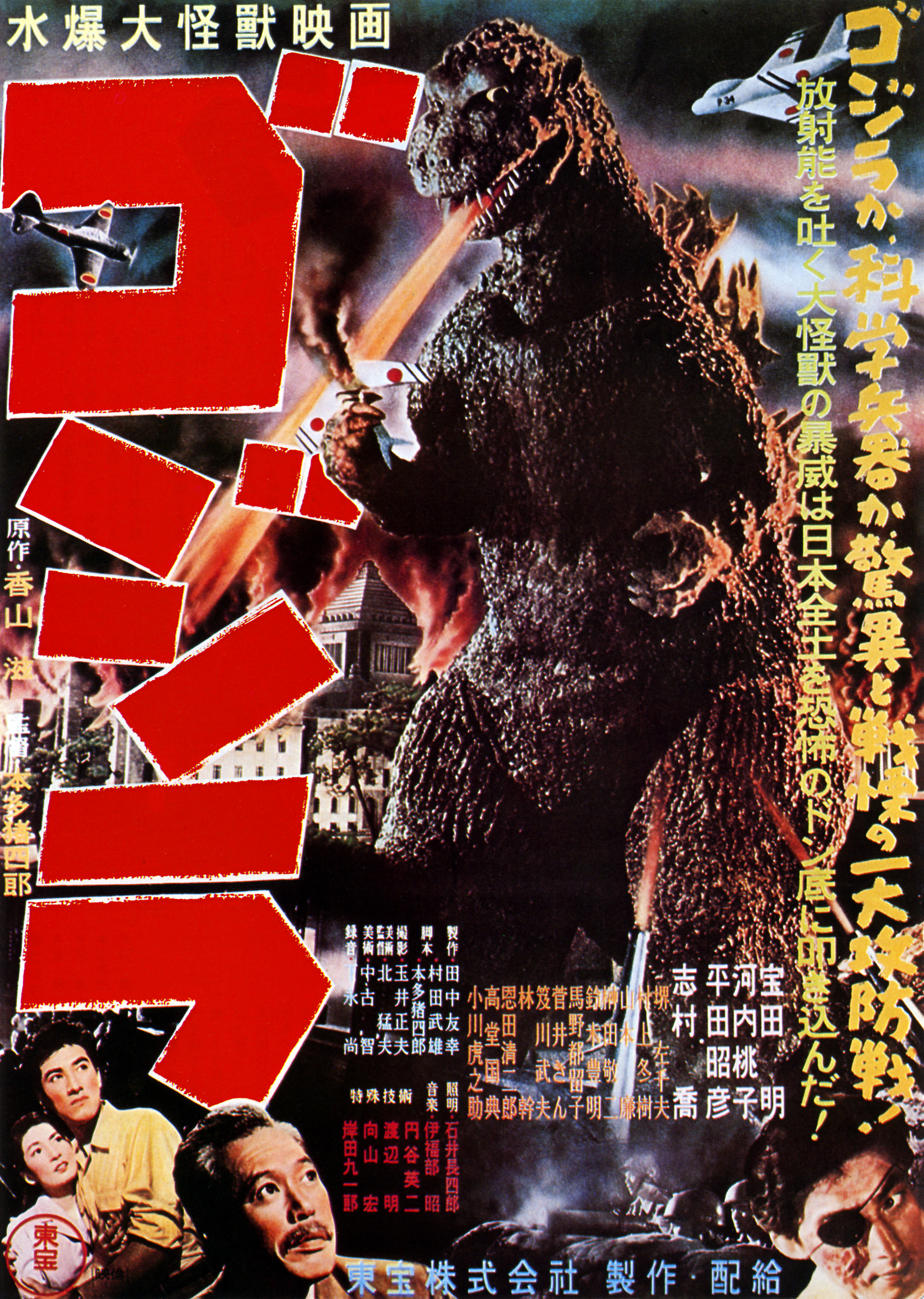 Here’s a clip from the original.

Meanwhile in Dobrzyn, Hili casts a cold eye on life, on death, and on Cyrus:

Hili: He will catch it in a moment.
A: Who, what?
Hili: Cyrus: It’s fascinating how he runs pointlessly after this ball. 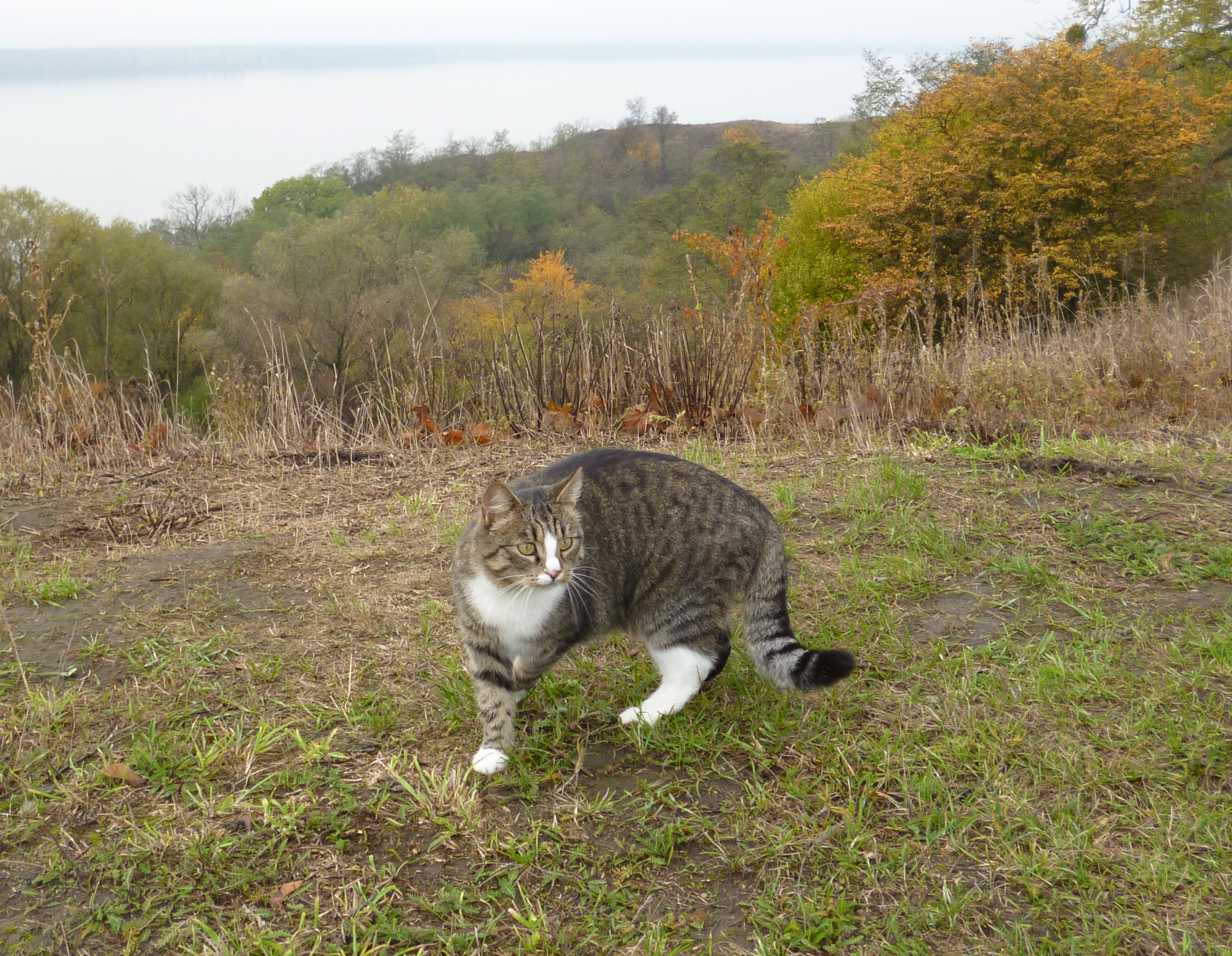 And as lagniappe, some more felids.

Robin Cornwell sent us a photo of her beautiful black cat Jerry. [JAC: Named after me!] 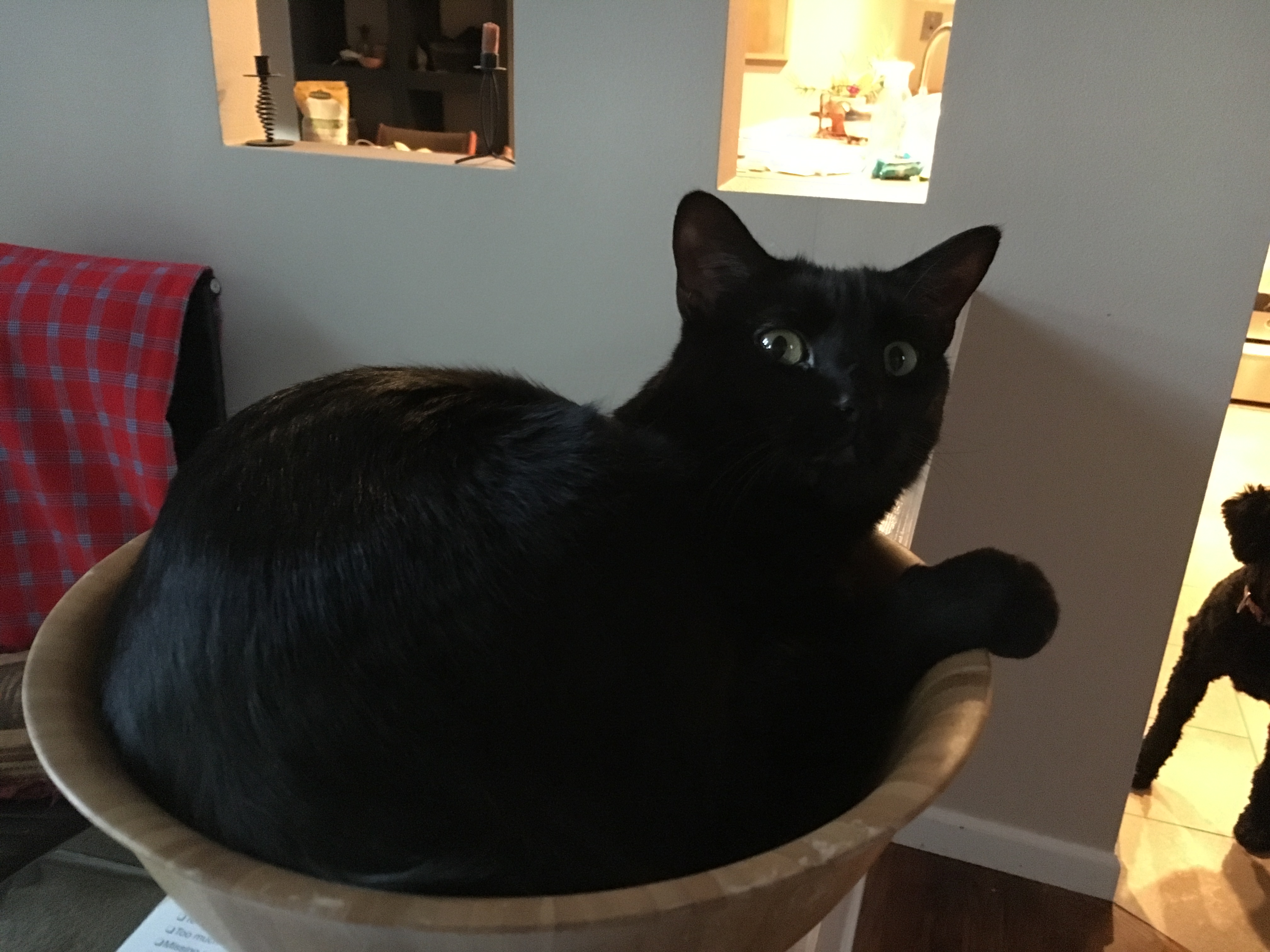 And Taskin sent in a picture of the incomparable Gus: earless but fearless.

Gus has warmed up his spot in the window and the indoor bird watching season is now well under way. 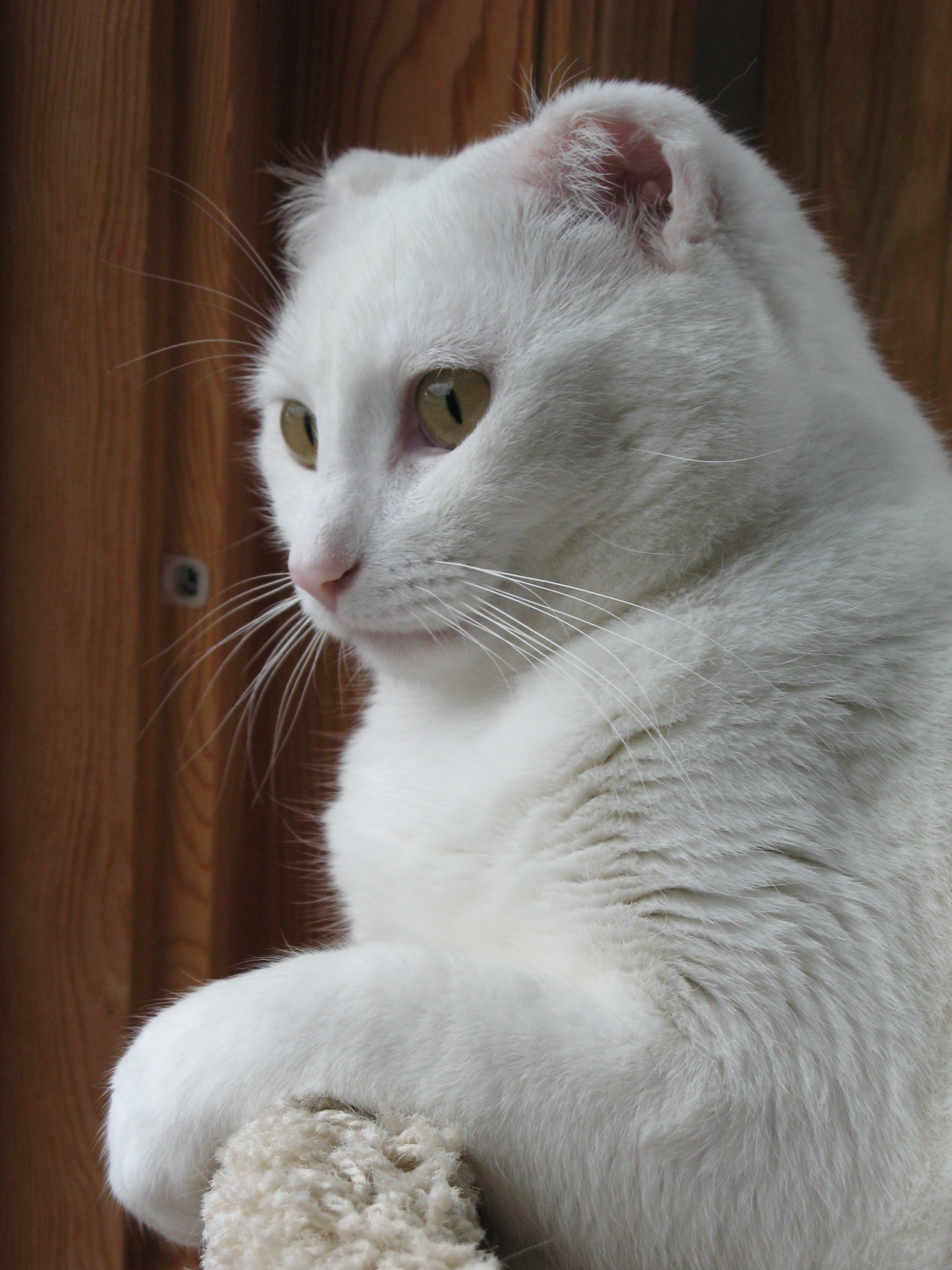