Good morning! Welcome to November and the time when the Christmas Shopping Wars start to heat up in earnest.

On this day in 1993 the Maastricht Treaty formally took effect and the European Union was formed. In 1950 there was the failed assassination attempt of President Truman by Puerto Rican nationalists. In 1984 in India anti-Sikh riots broke out following the assassination of Indira Gandhi the day before by two of her bodyguards.

It’s also the birthday of Lyle Lovett (1957). [JAC: He once put up a note on Instagram admiring a pair of my cowboy boots.]

Here he is singing If I had a Boat.

Here’s a lovely tabby made entirely out of pebbles, and inset into a wall, sent by reader Su. Now that’s stonework. 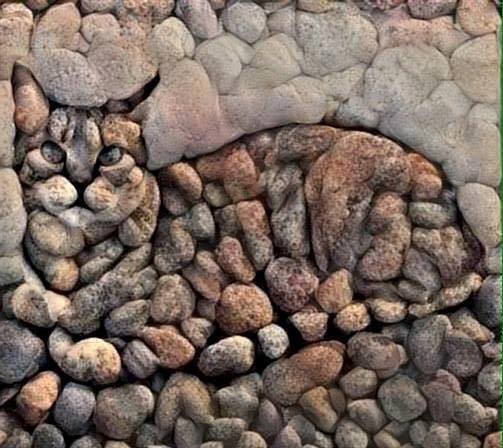 In Poland today, Hili is hedging her bets. And who knows? She may have a point.

A: Don’t you think, Hili, that this bird can see you?
Hili: You never know with birds. 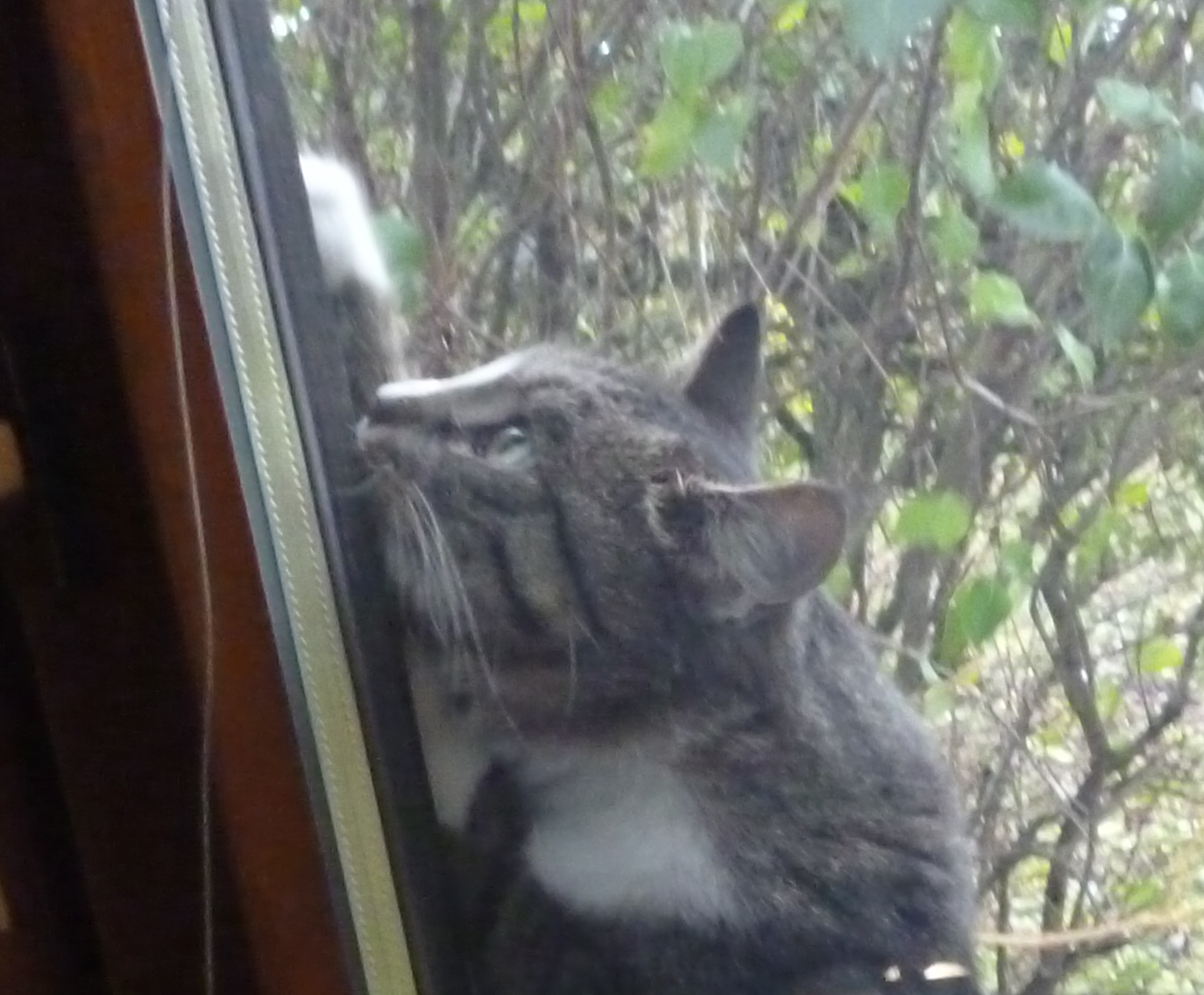