The second most popular TED talk of all time, with over 32 million views on TED, is by Harvard Business School associate professor Amy Cuddy, called “Your body language shapes who you are”. (You can also see the talk on YouTube, where it has over 10 million views. Cuddy appears to be on “leave of absence.”)  Her point, based on research she did with two others, was that by changing your body language you can modify your hormones, thus not only influencing other people in the way you want, but changing your own physiology in a way you want.

In a guest post on this site last year, Yale graduate student Dorsa Amir, whose thesis is on a related topic, severely criticized Cuddy’s talk, first noting this:

In the talk, Cuddy presents data from her 2010 article in Psych Science [Carney et al. 2010, reference and link below], which makes the following claim: by simply changing your posture to a “high-power” pose (i.e., taking up more space and opening your limbs), you can instantly trick your body into thinking it’s more powerful. The authors tested this claim by having 42 participants give saliva samples, engage in either a high-power or a low-power pose for two minutes (depicted below), then give another saliva sample.

The saliva tubes were then sent off to a lab and analyzed for two specific hormones: testosterone and cortisol. Interestingly, the power posing appeared to have a significant effect on hormone levels: high-power poses were associated with a rise in testosterone and a drop in cortisol, and low-power poses with the opposite. So not only did the posing make you feelmore powerful, it also made your body more powerful by fiddling with your hormone levels and making you literally embody that power.

Dorsa, giving her own opinion and citing the criticism of others, noted that the study cited by Cuddy was poorly designed, liable to produce false positives, and had other problems which made its results unconvincing. After a number of criticisms, Cuddy, the paper’s second author, stood by the conclusions:

Cuddy then wrote a best-selling book that, according to the Amazon description, is largely an expansion of the “power pose” idea:

Amy Cuddy has galvanized tens of millions of viewers around the world with her TED talk about “power poses.” Now she presents the enthralling science underlying these and many other fascinating body-mind effects, and teaches us how to use simple techniques to liberate ourselves from fear in high-pressure moments, perform at our best, and connect with and empower others to do the same. 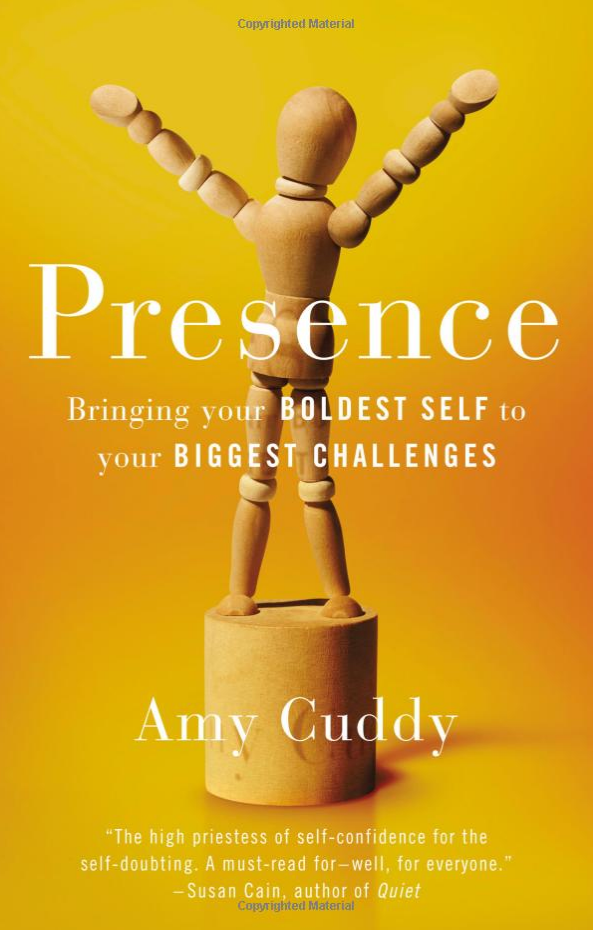 But now we have a rare event: the senior author of the 2010 paper, Dana R. Carney (now at the Haas School of Business at the University of California at Berkeley), completely disavowing the results of the paper and its conclusions about the physiological effects of power posing. The disavowal is in a statement on her own website, “My position on ‘power poses'” (free pdf). Admitting that the paper engaged in “p hacking” (using the test that provided the lowest probability that the results were due to chance alone), the fact that other reviewers couldn’t replicate Carney et al., and discouraging others from working any more on this problem, Carney said this:

As evidence has come in over these past 2+ years, my views have updated to reflect the evidence. As such, I do not believe that “power pose” effects are real.

Carney’s stance is admirable, but Cuddy, as far as I can see, hasn’t disavowed the paper at all—after all, her book is largely based on it. But perhaps Carney is also trying to get ahead of the game, for a paper is just about to come out in Psychological Science showing, by a meta-analysis of all the data, that there’s not a shred of evidence for the “power posing” effect, which seems likely to be due to selective reporting of positive results. A preprinted version is available on the Social Science Research Network (reference and free download below); here’s its abstract:

In a well-known article, Carney, Cuddy, and Yap (2010) documented the benefits of “power posing”. In their study, participants (N=42) who were randomly assigned to briefly adopt expansive, powerful postures sought more risk, had higher testosterone levels, and had lower cortisol levels than those assigned to adopt contractive, powerless postures. In their response to a failed replication by Ranehill et al. (2015), Carney, Cuddy, and Yap (2015) reviewed 33 successful studies investigating the effects of expansive vs. contractive posing, focusing on differences between these studies and the failed replication, to identify possible moderators that future studies could explore. But before spending valuable resources on that, it is useful to establish whether the literature that Carney et al. (2015) cited actually suggests that power posing is effective. In this paper we rely on p-curve analysis to answer the following question: Does the literature reviewed by Carney et al. (2015) suggest the existence of an effect once we account for selective reporting? We conclude not. The distribution of p-values from those 33 studies is indistinguishable from what is expected if (1) the average effect size were zero, and (2) selective reporting (of studies and/or analyses) were solely responsible for the significant effects that are published. Although more highly powered future research may find replicable evidence for the purported benefits of power posing (or unexpected detriments), the existing evidence is too weak to justify a search for moderators or to advocate for people to engage in power posing to better their lives.

So an error has been swept away, which does constitute scientific progress, and Cuddy is crying all the way to the bank.
h/t: Dorsa Amir

24 thoughts on “Second most popular TED talk of all time, on “power posing”, disavowed by senior author”