I am in the Montreal airport, where I can already discern that my “Parisian” French, spotty as it is, will not serve me at all. I can barely understand the local patois, and I bet they won’t understand my French, either. Fortunately, I’m heading to Halifax, where I’m told they speak English. 🙂

I have consumed two Tim Horton’s donuts, deciding that I will go without real food until I arrive in Halifax in four hours. The donuts were small, but cheap: the exchange rate is now $1.38 Canadian for every U.S. dollar, making a Canadian dollar worth only 73¢ US. That means that a large Starbucks latte (which I did not procure) costs about $3.25 at the airport. I’m going to clean up on this trip.

Lest I leave you without merriment this afternoon, here are two items sent by readers. First, a cartoon drawn by reader Pliny the in Between, from his/her website Evolving Perspectives 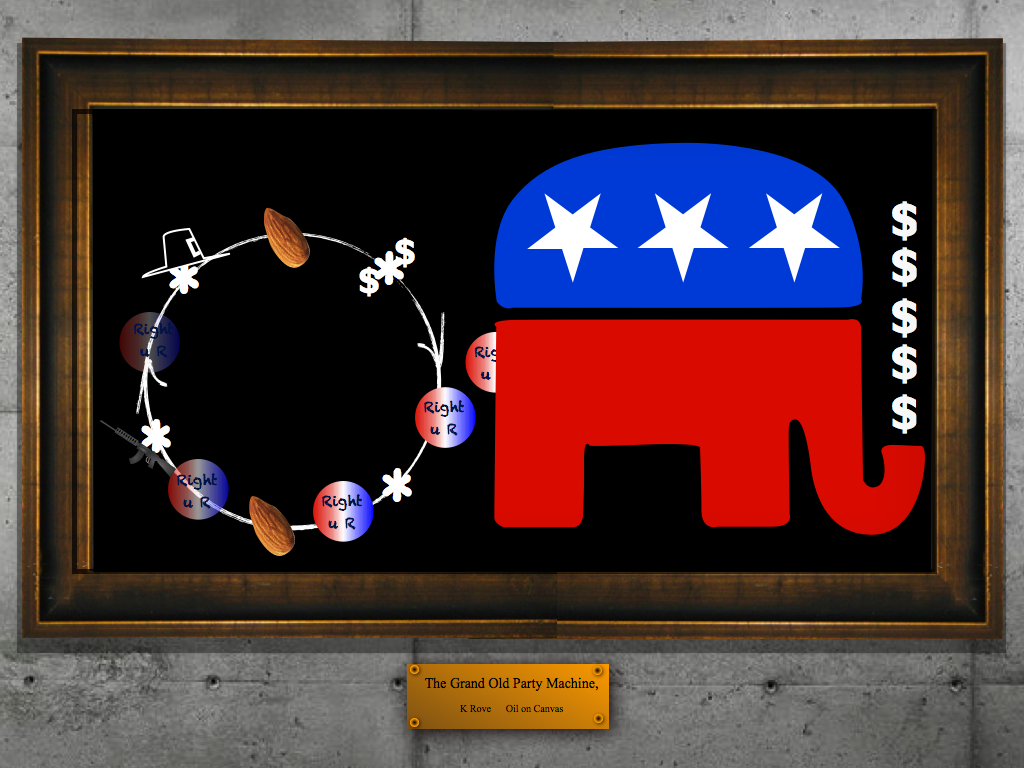 And this cartoon, forwarded by reader Ken, should be no more provocative than the one above, but it will be. It’s from The Spectator, is by Robert Thompson, and is called “Veil.” It’s really quite innocuous, but I don’t think the picture of the pig on the wall (likely inadvertent) will go down well: 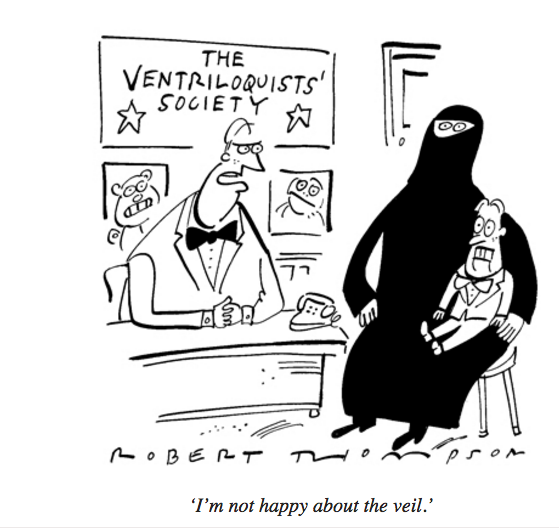