As I mentioned earlier, I can’t brain today, so you’ll hve to be satisfied with persiflage.

And as I wrote earlier, I offered a free autographed copy of WEIT to any reader who visited the “cat pub” in Bristol and sent me a picture of themself with a cat and a pint. Well, reader Andy obliged, and I’ll be toting his book (with a cat drawn in it) to my Darwin Day lecture in London, where I’ll hand it over.

His notes and photo:

Please find attached a couple of photos of my trip to The Bag of Nails ‘cat pub’ in Bristol, previously mentioned on WEIT. Apologies for the slightly grainy nature of the photos as my phone is something of an antique!
I’ve only managed to capture 2 of the “kittens in training” (as the sign on the door stated) as some of the other kitties wandered off upstairs before I could photograph them (typically uncooperative 🙂
I also am holding a pint of ‘Elemental’, a rather fine brew. They also had an IPA and a Blackberry Porter which I shall test on future visits. 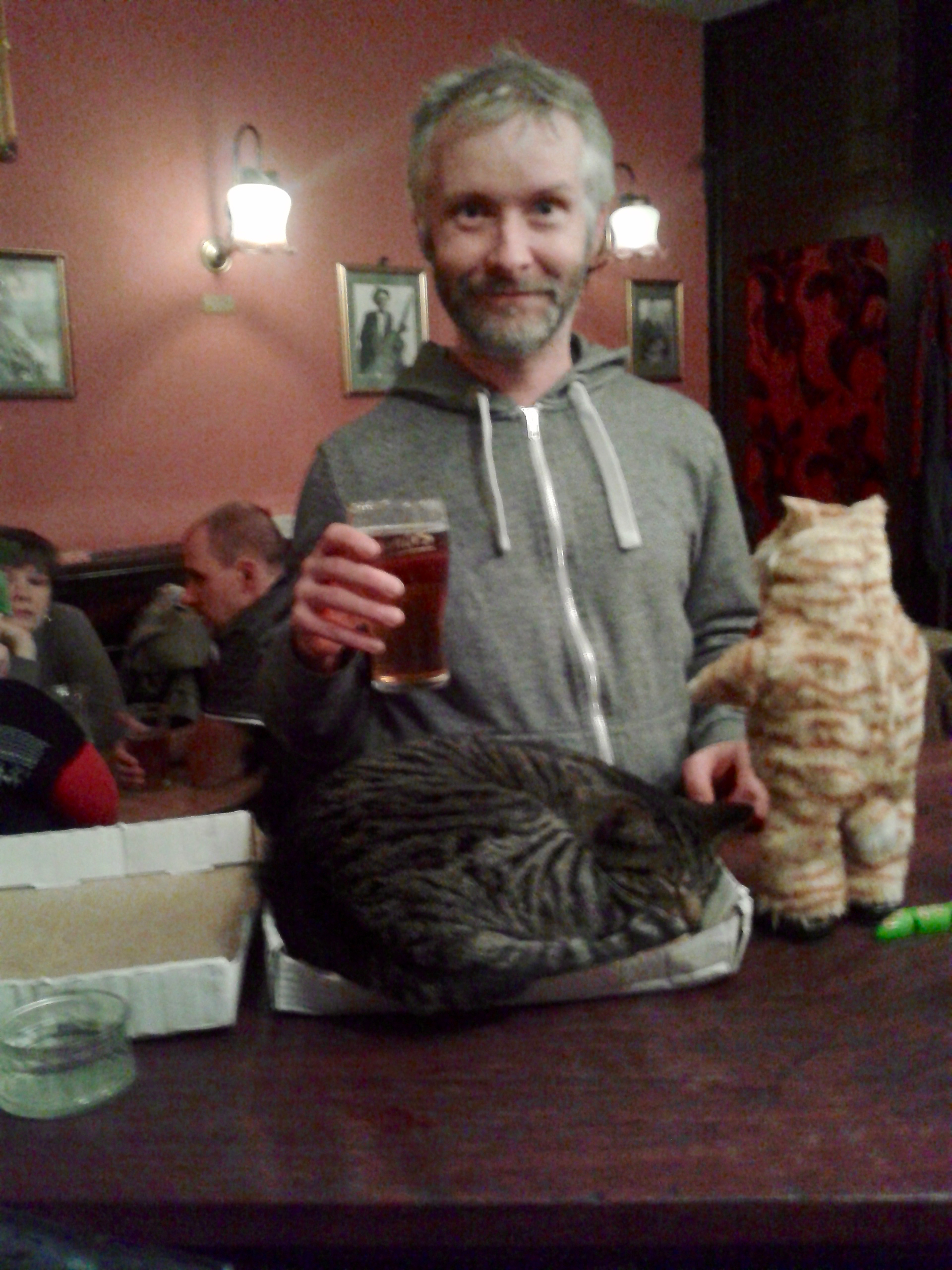 I love it that the cats sit on the bar (the boxes are presumably a futile attempt at sanitation): 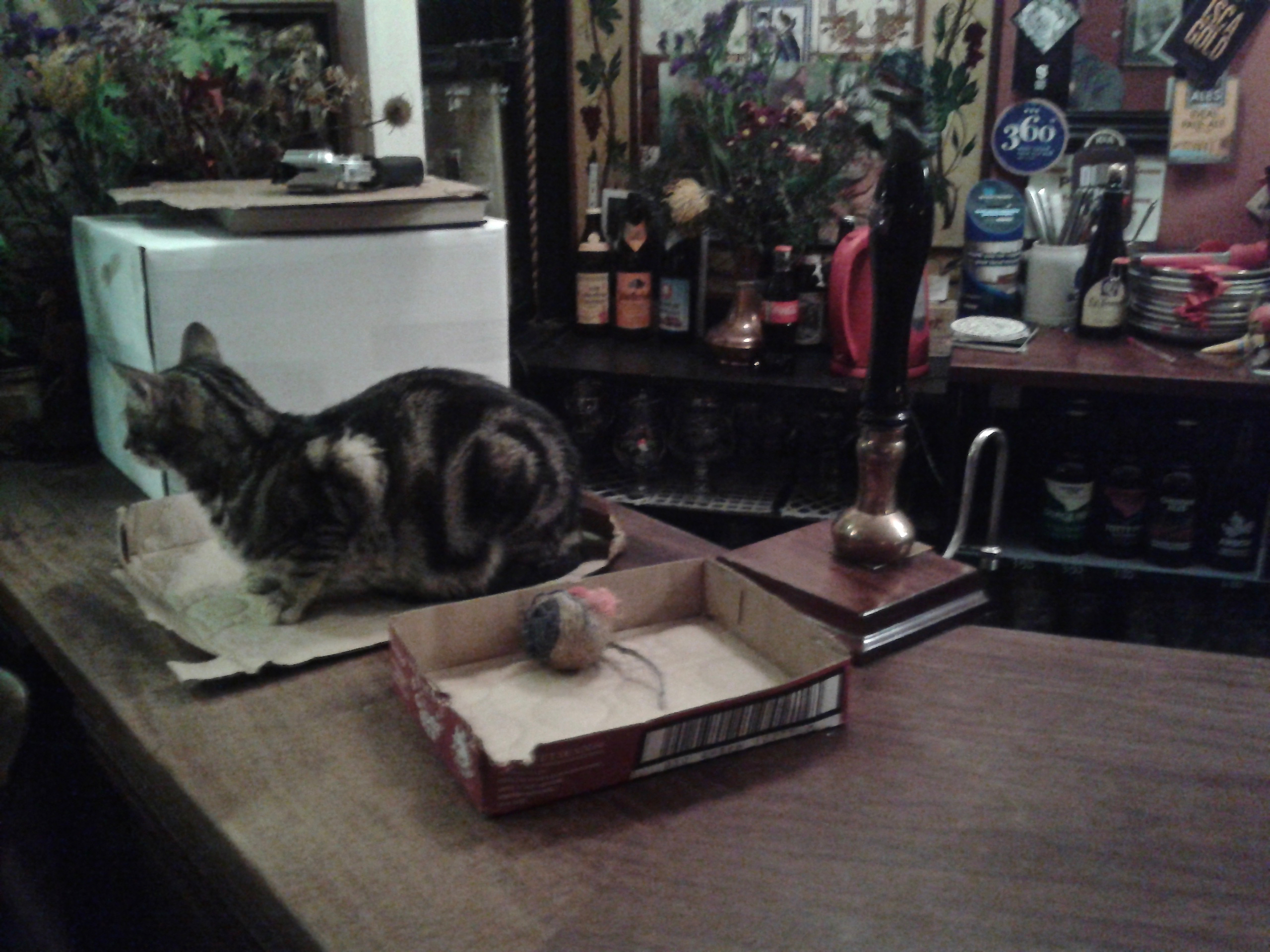 Second, we have an adorable new photo of Gus, the lovely earless cat of reader Taskin (his ears were frozen off when he was caught in a live trap in winter and not removed in time). Taskin adopted him and gave him a great forever home. Doesn’t he look like a polar bear? 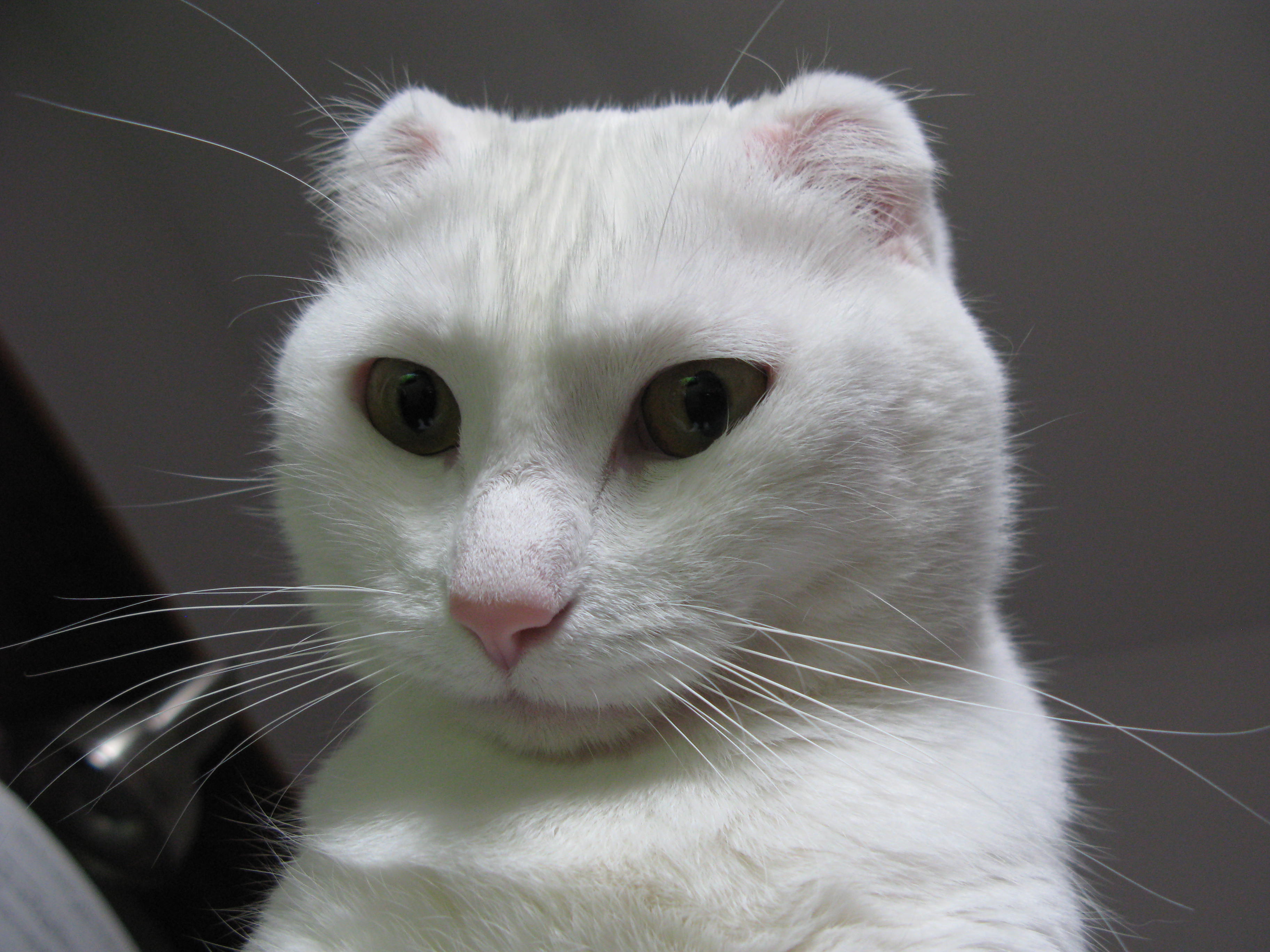