In this week’s Jesus and Mo, the barmaid asks those who limn Uncaused Cause arguments—whether those arguments are cosmological or invoke A Cause that Exists of Absolute Necessity—the fatal question: 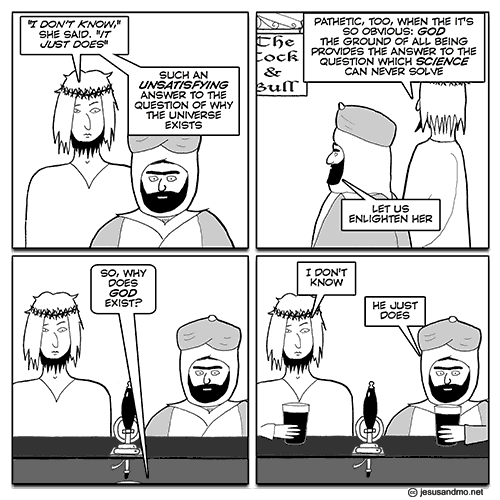 I’m chuffed that the artist said this at the bottom of the strip: “Tip of the hat to WEIT.”

And I’ll insist again: there is no way you can have confidence in the existence of anything that supposedly exists in the universe based on philosophy alone. One must always use, in large part, empirical evidence.