Here are a few holiday snaps from the last two days in Dobrzyn. It’s gotten a bit chilly and they’ve turned on the central heating.

First, as befits her status, we have the Furry Princess of Poland, who is now deigning to give me substantial Quality Cat Time on the couch: 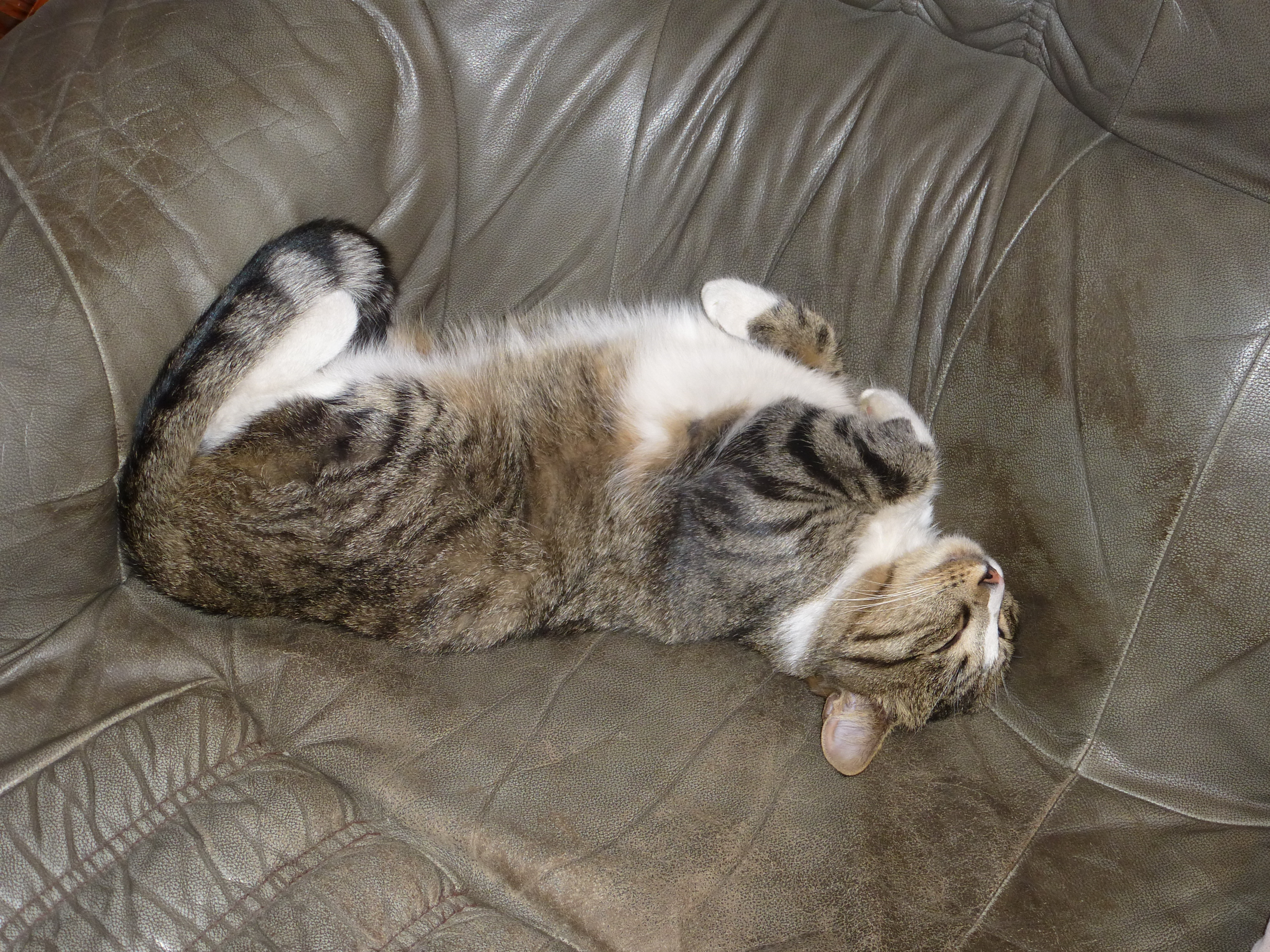 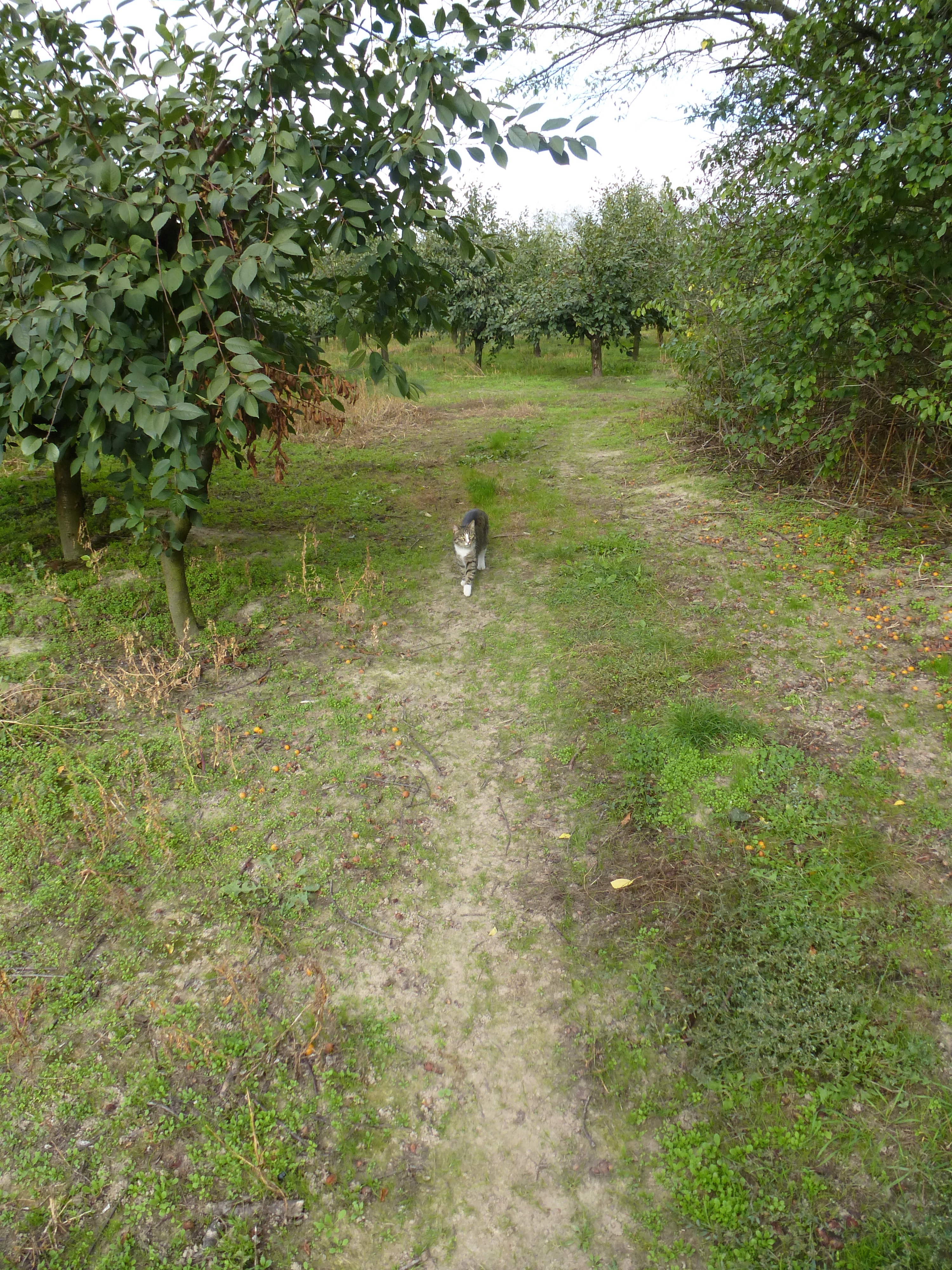 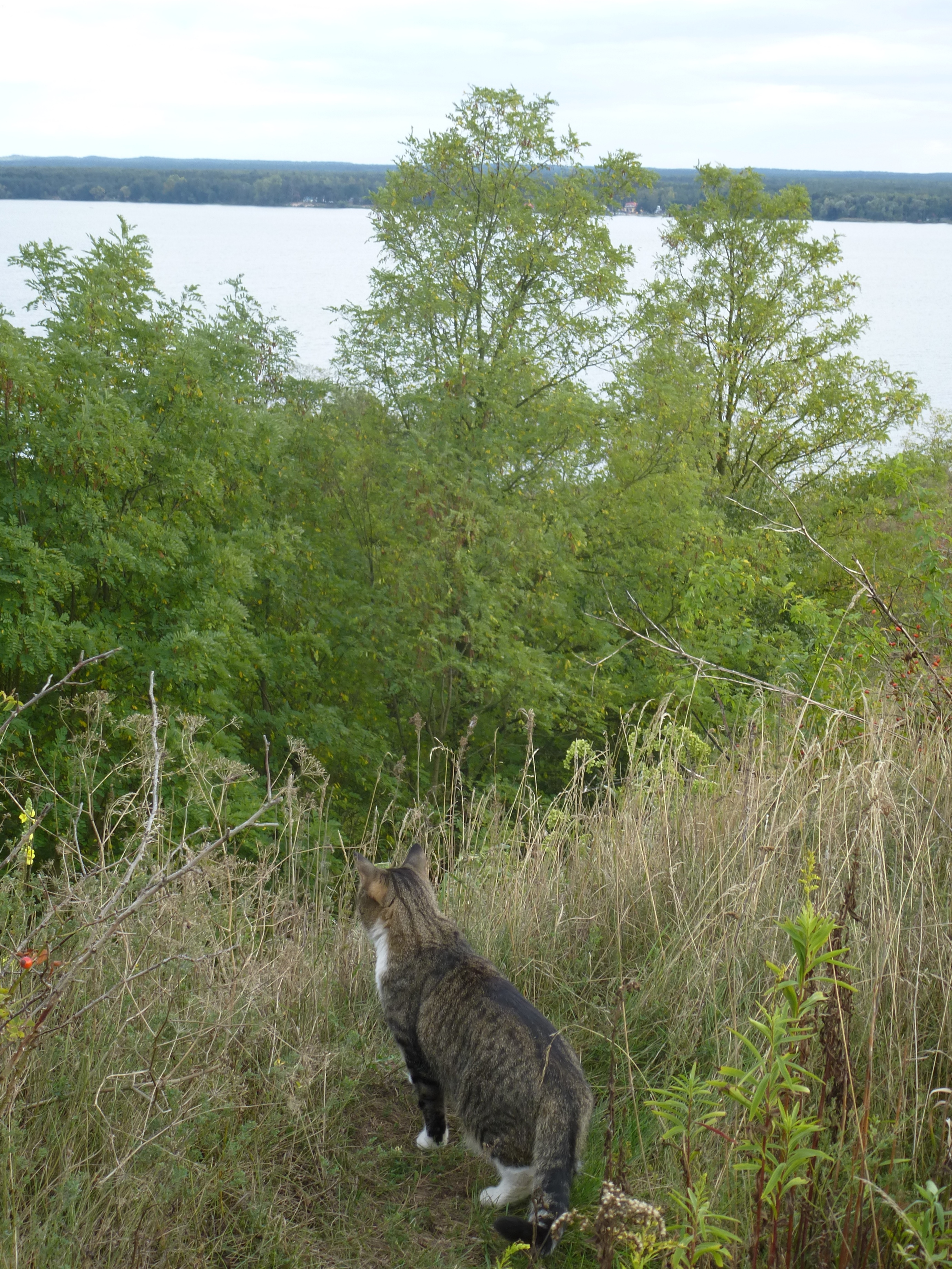 Walkies by the Vistula: 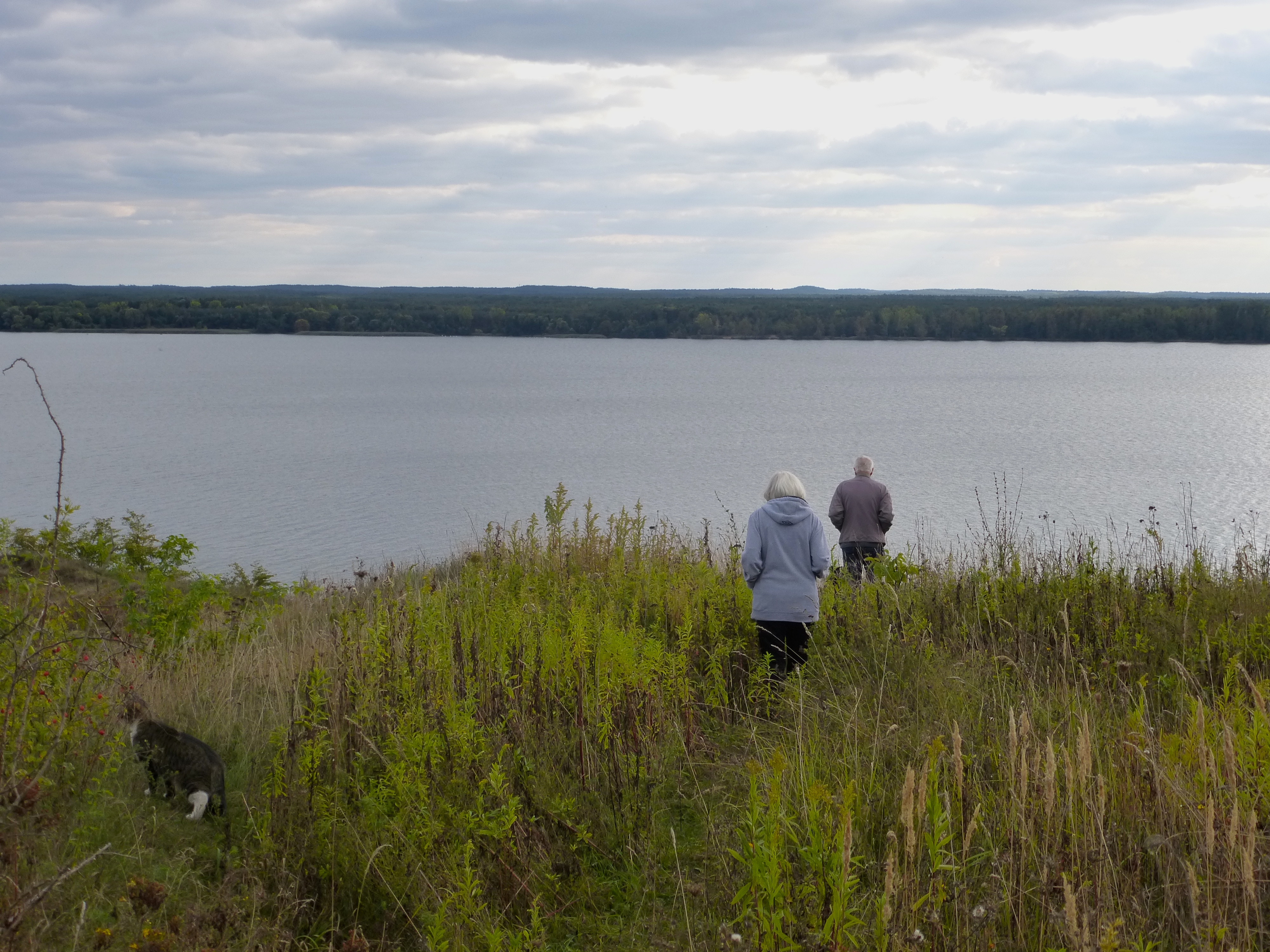 Malgorzata is taking seriously her promise to have a cherry pie for me (or some kind of pastry) every day. I photographed the process, starting with the filling of the crust (below we have a traditional crust instead of the more laborious walnut crust): 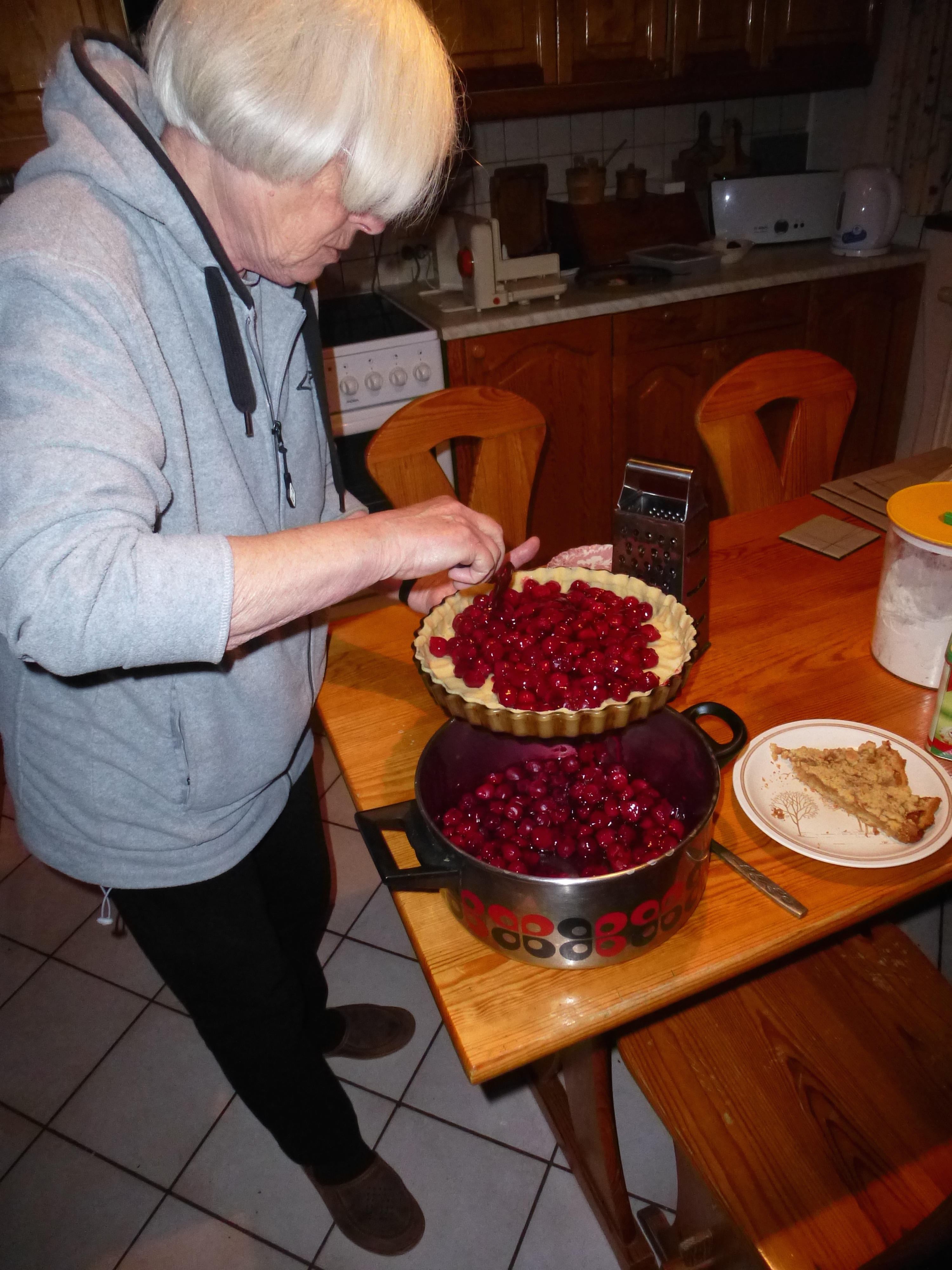 It’s far easier to grate dough on top of the pie than to make fancy latticework, and it looks (and tastes) just as good: 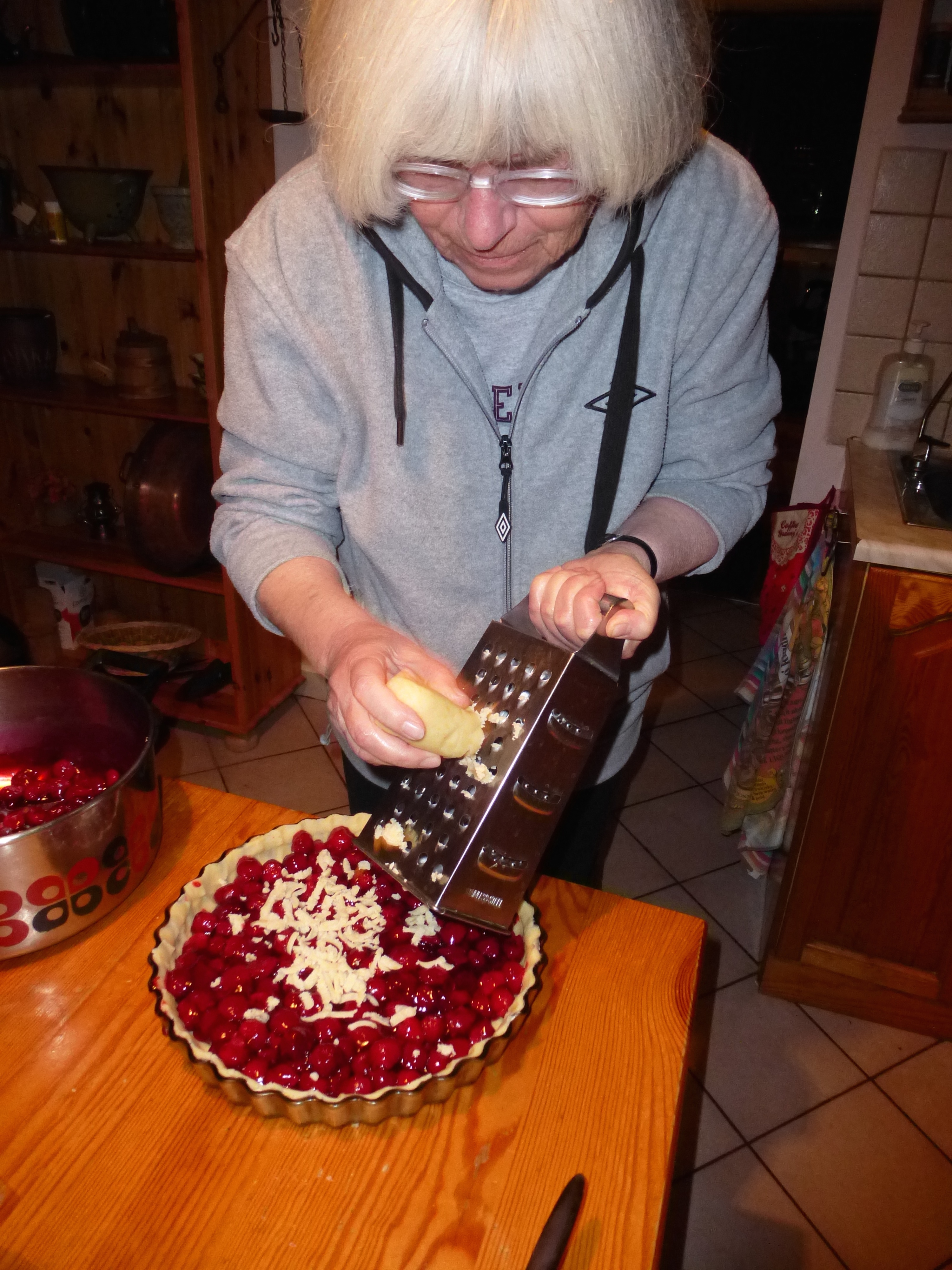 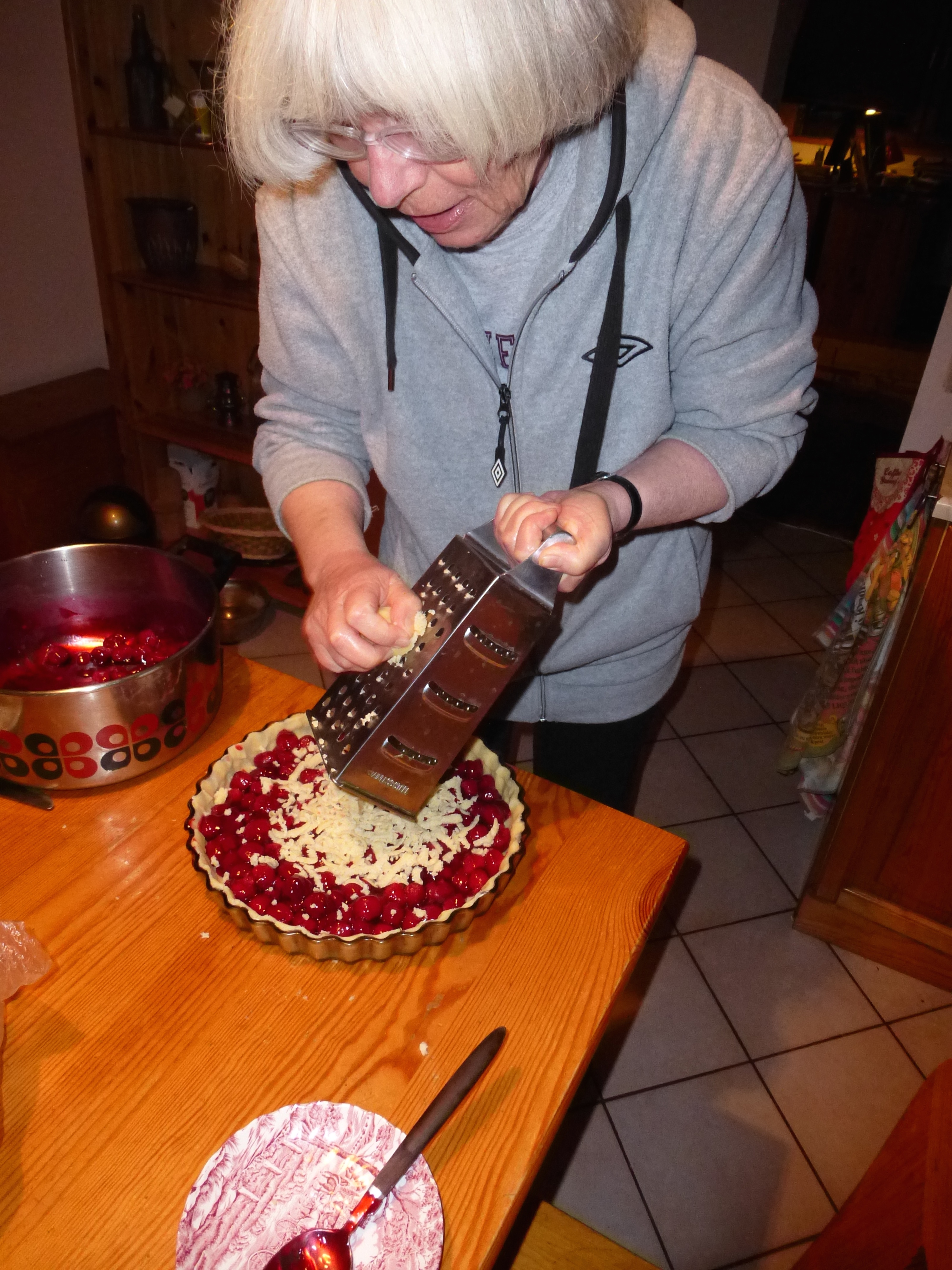 Gratings spread over the top: 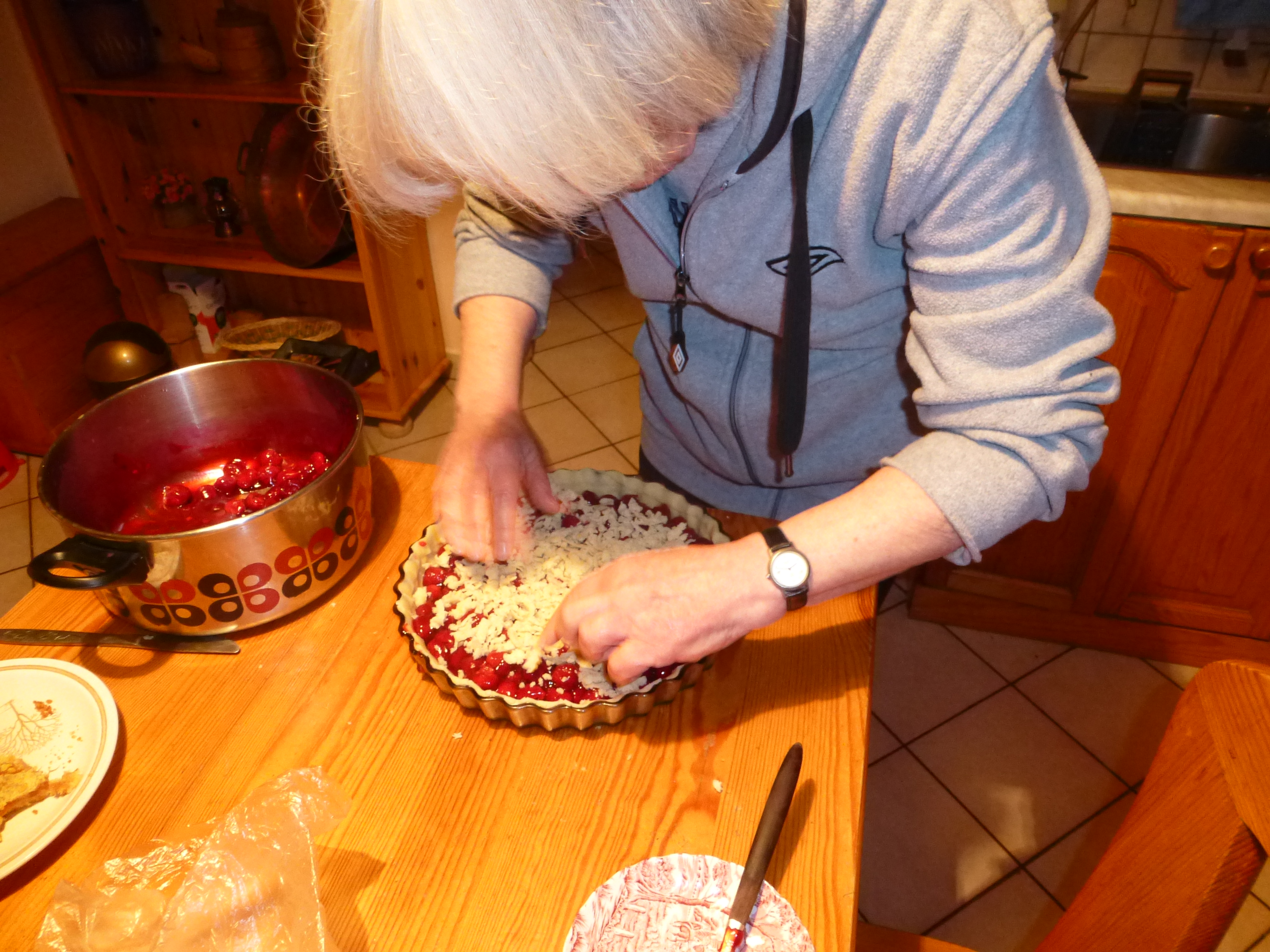 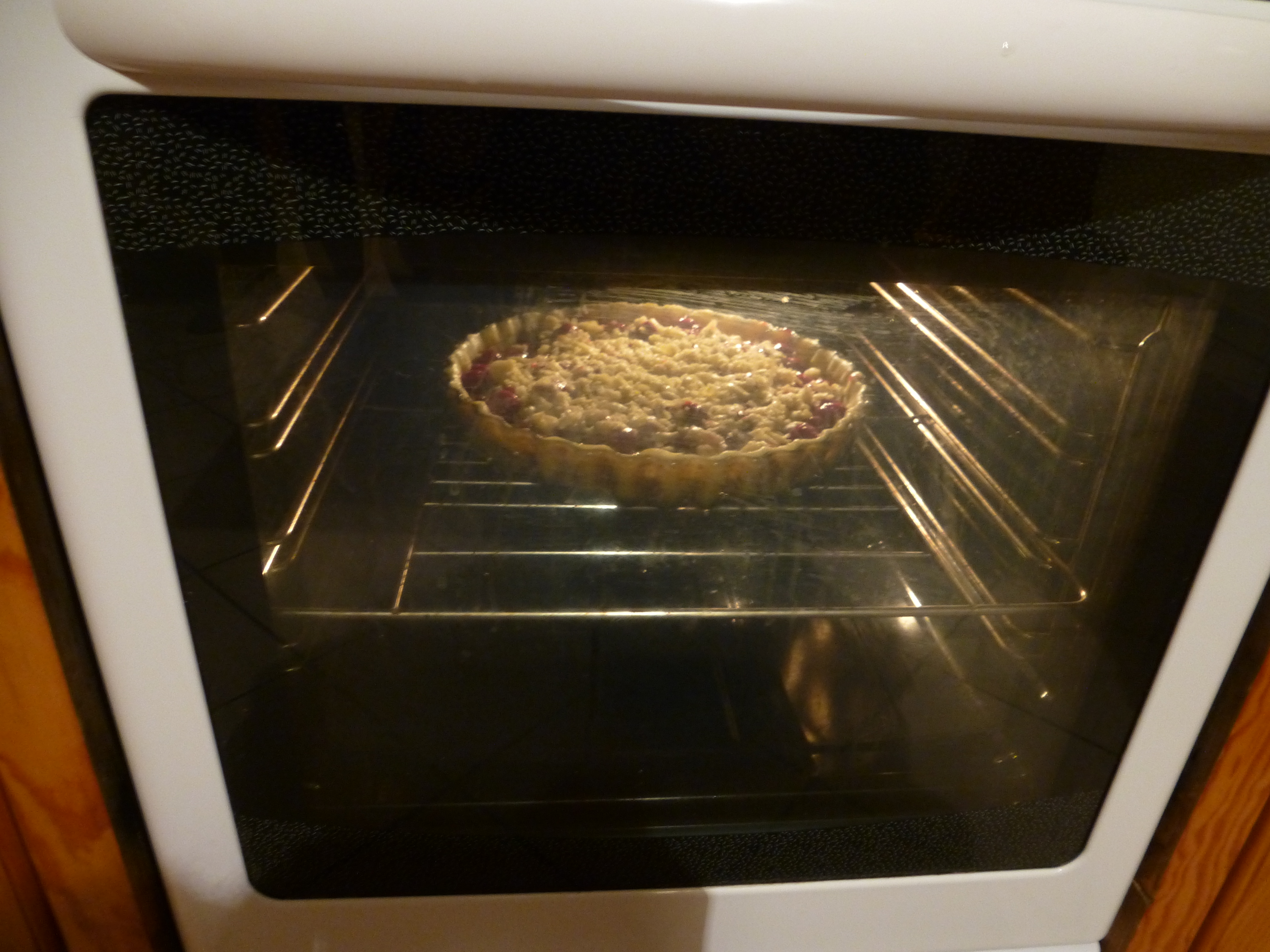 And the completed product (I had a piece just ten minutes ago): 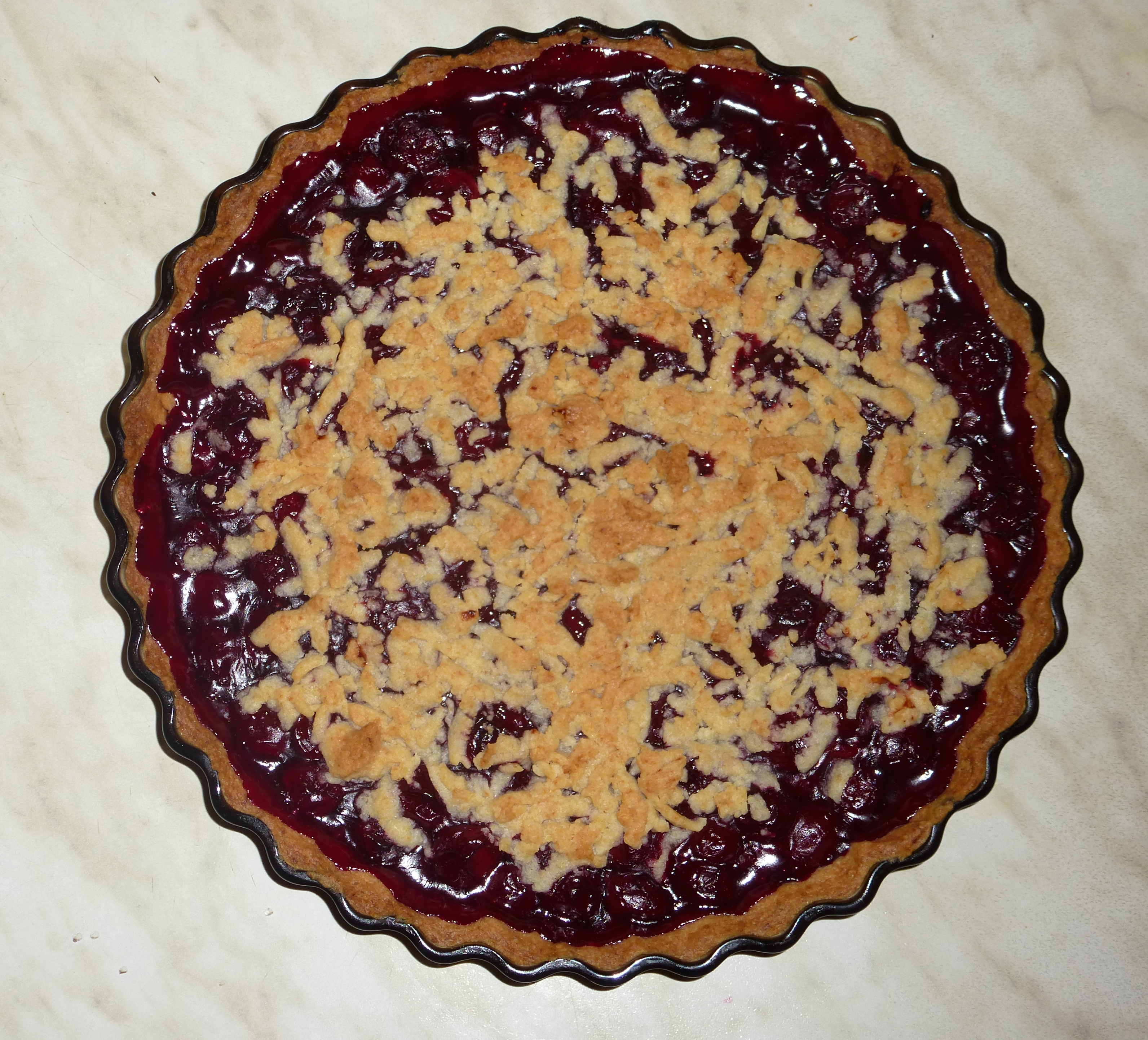 Dinner two nights ago: a dish of kasha (buckwheat groats) larded with both sausage and pork shoulder, cooked with mushroom sauce, and served with cucumbers in yogurt. This is traditional Polish fare: 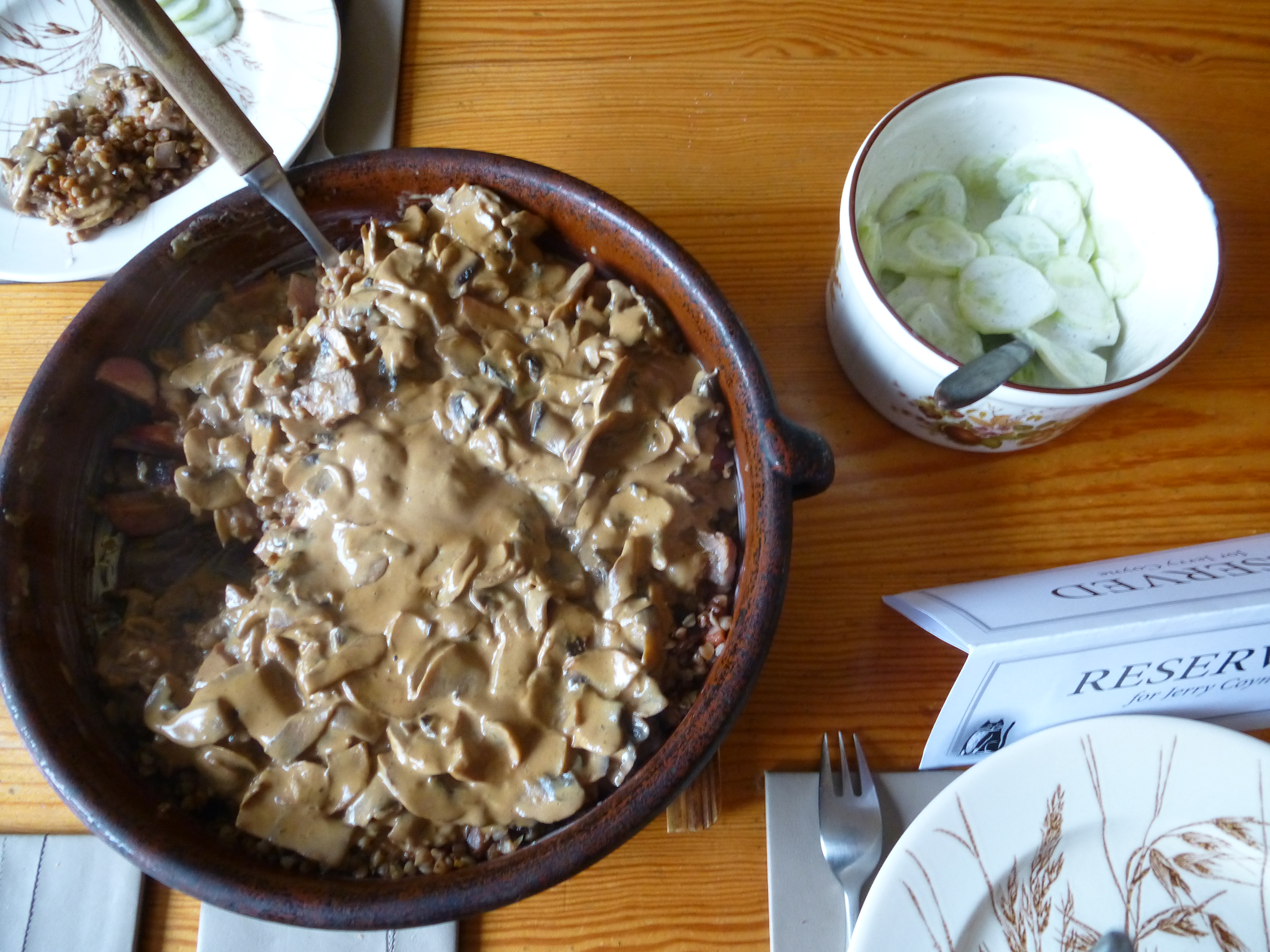 When I woke up on retirement morning yesterday, I found an envelope in the living room. It contained two things, including this note: 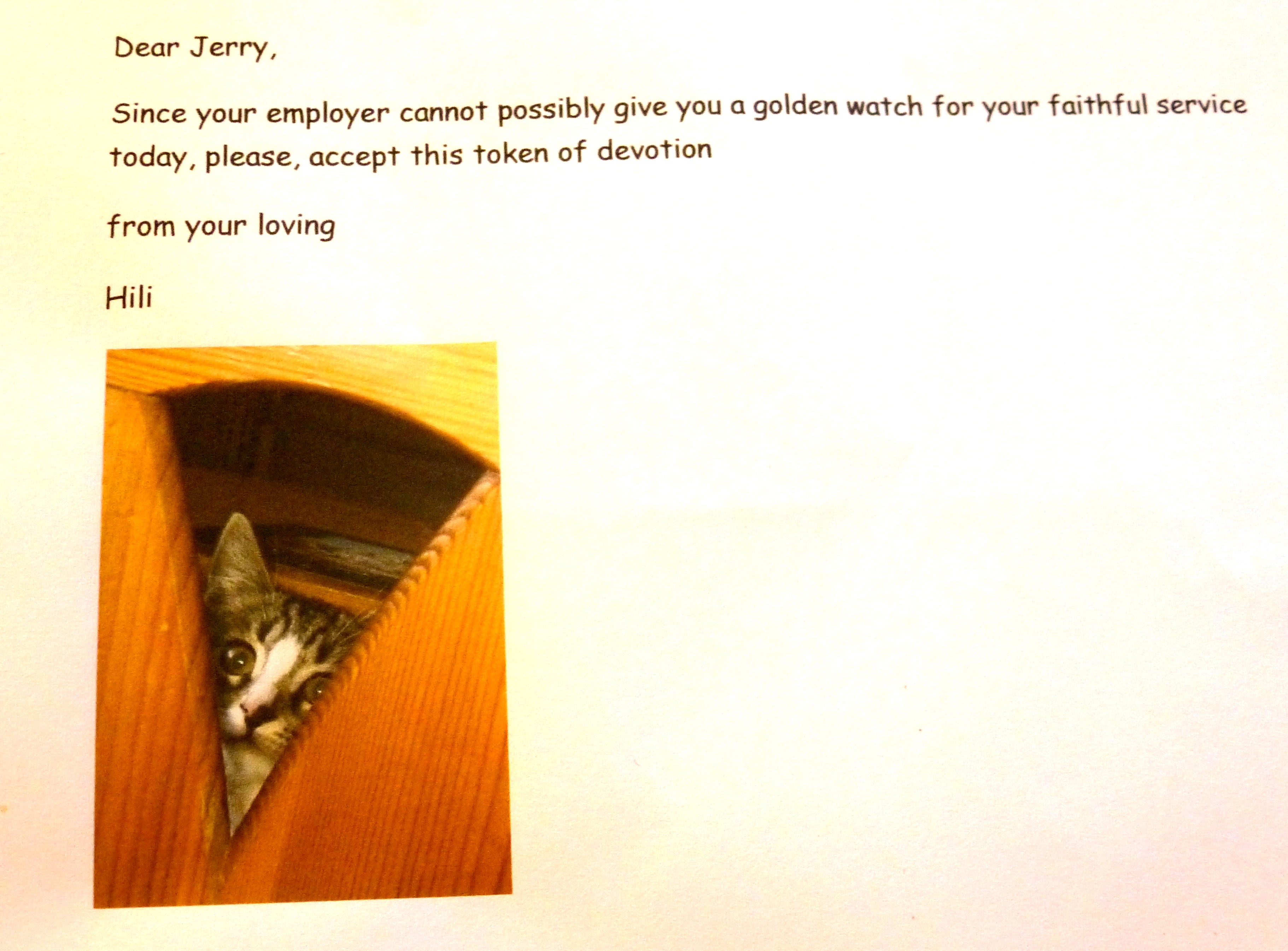 And indeed, there was a watch (the pikers in my department didn’t give me anything, not even a goodbye email or fete). The watch had been ordered in advance via Amazon in advance, and a professional in Dobrzyn assigned to insert a picture of Her Highness. What a lovely gift! 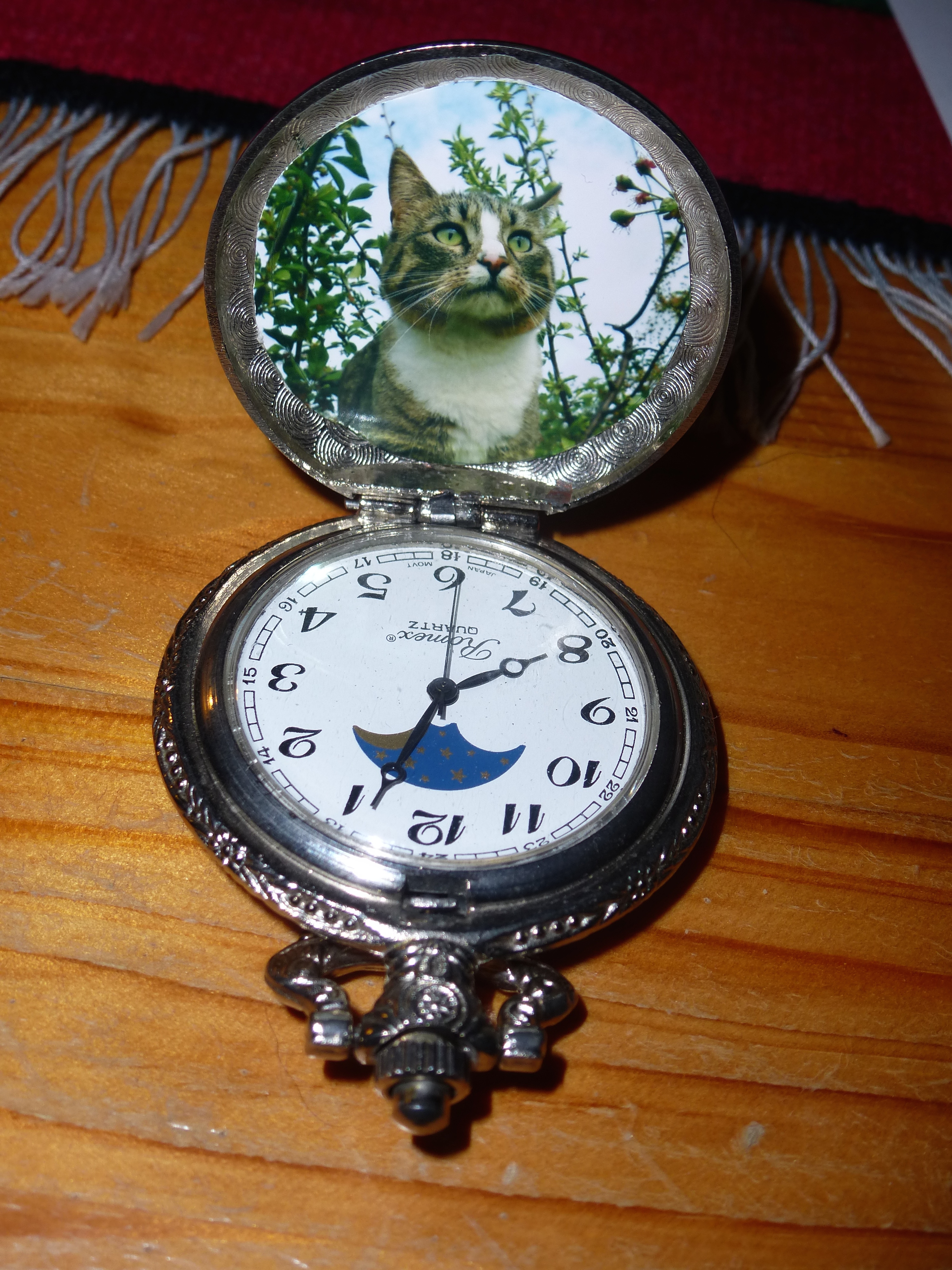 We also had a special lunch: open-faced “sandwiches” (a Jewish recipe) made from a savory puff pastry covered with grapes, fresh figs, Camembert cheese, and cashews, baked until the pastry is done and the cheese melted. One can also use Roquefort cheese and pecans: 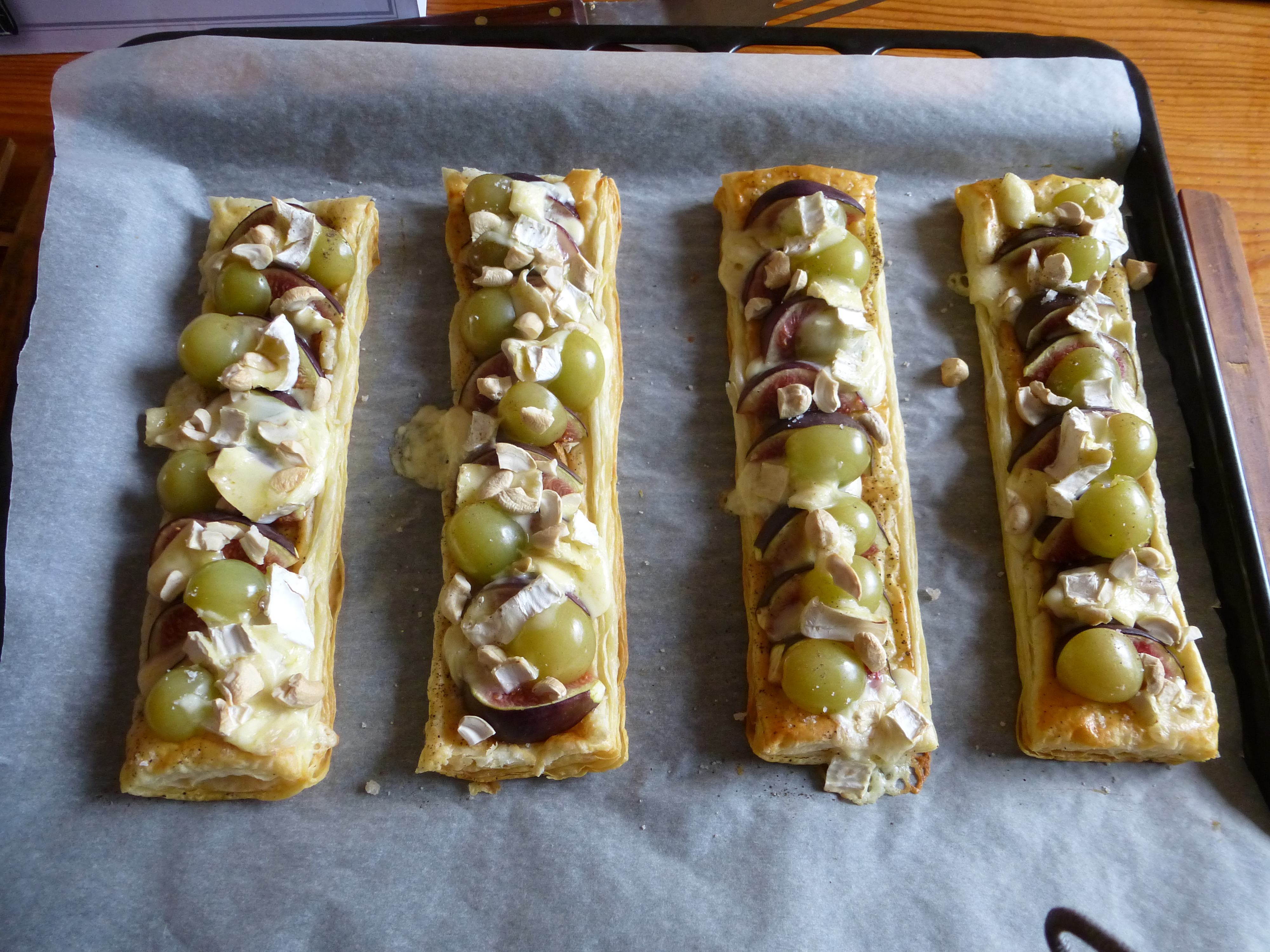 And dinner: chicken baked with soy sauce and sesame seeds, served with an olive salad and boiled potatoes, all washed down with Zubr beer. 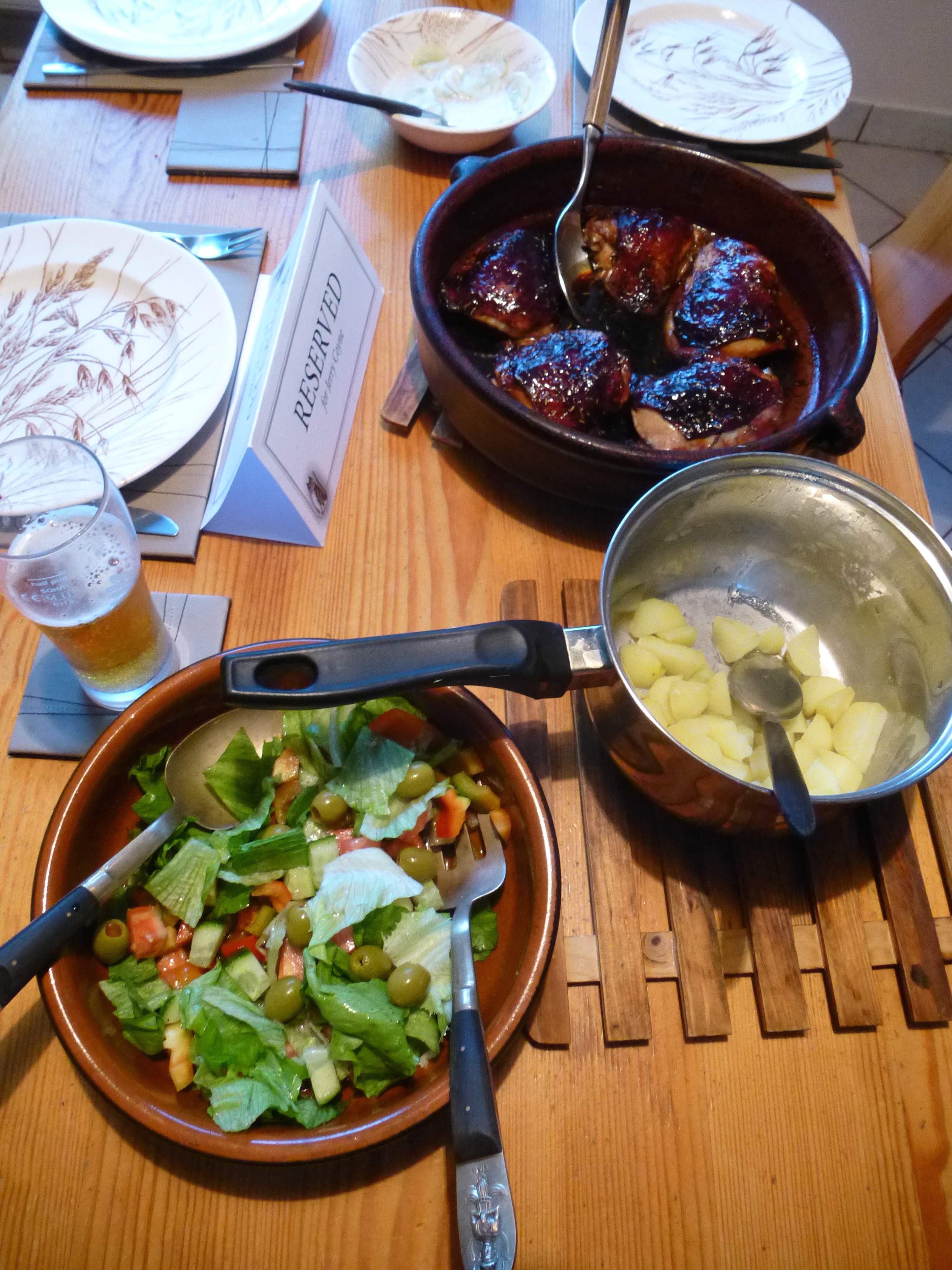 For dessert we had a choice of cherry pie or a cheesecake purchased by Gosha, the upstairs tenant. I opted for cheesecake, and it was delicious. As always here, I am eating well but not gaining weight: 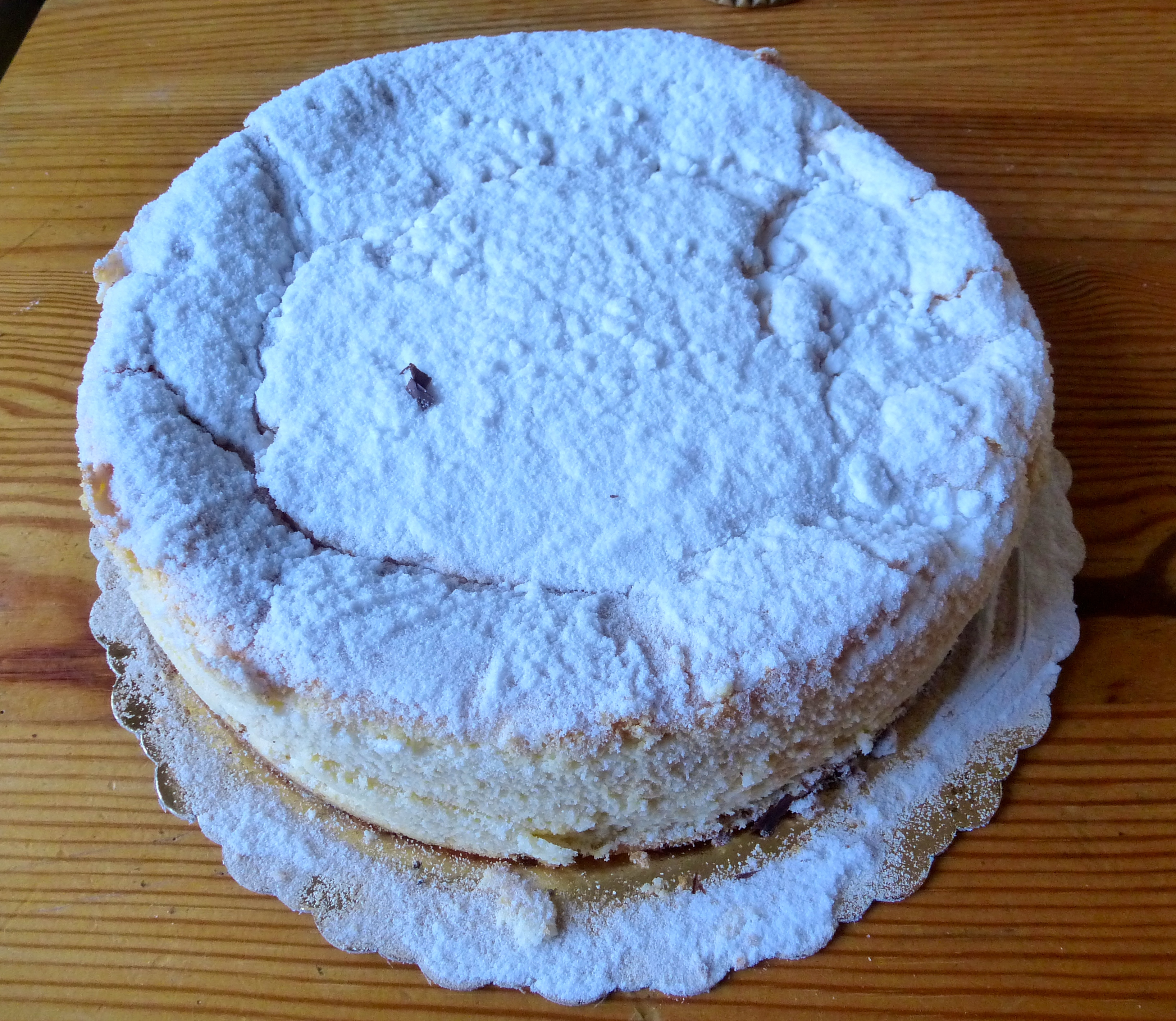 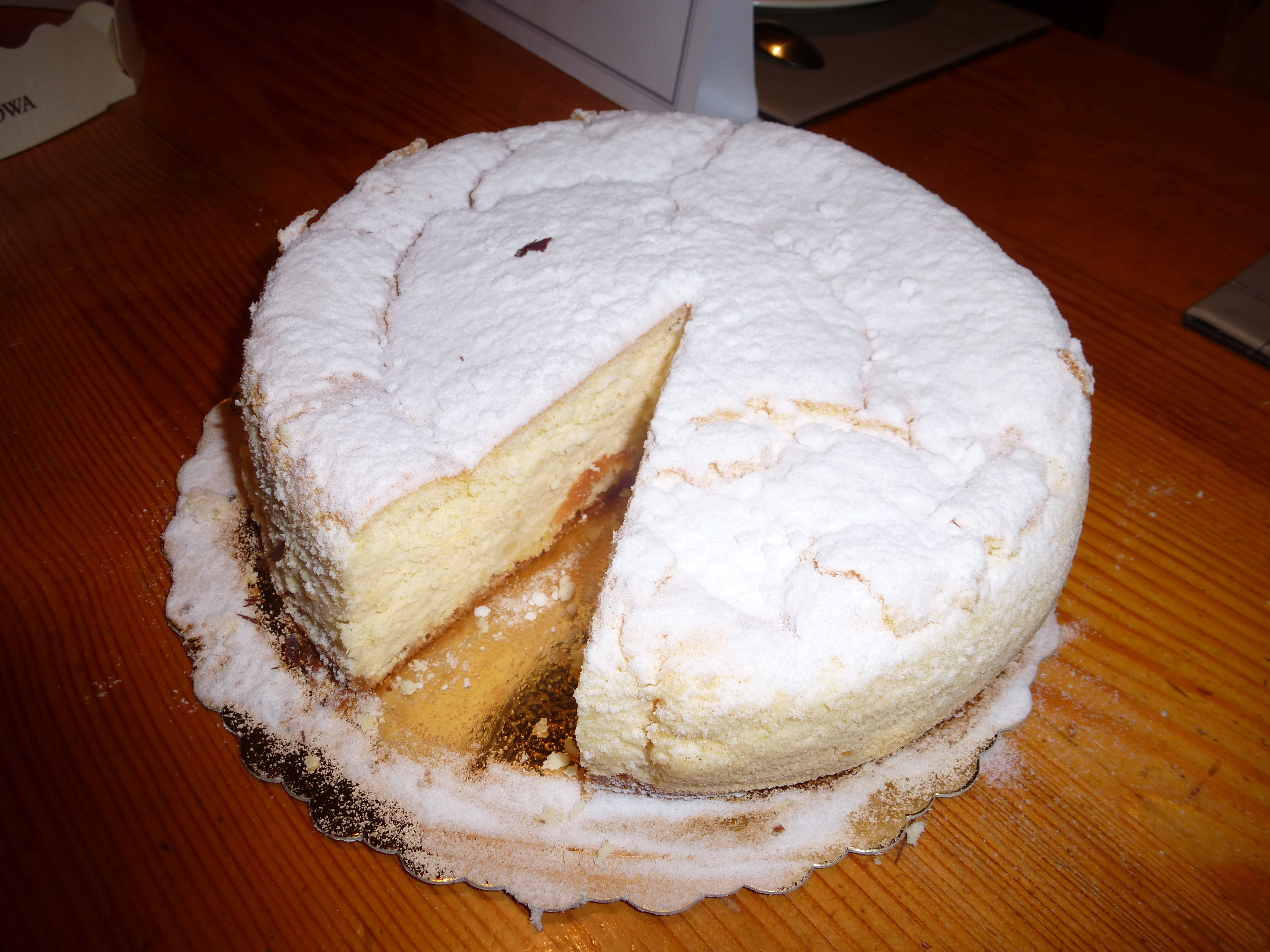 46 thoughts on “Dobrzyn: around Retirement Day”