Reader Stephen Barnard has a few photos today, including the two offspring of the bald eagles Desi and Lucy, which are ready to fledge.

I just saw these pronghorns (Antilocapra americana) in my alfalfa field across the creek. (Deets spooked them.) This is unusual. I’ve only seen one other here in the past three years. [JAC: note the pronghorns, although often called “antelope”, aren’t really antelopes: they’re the only species in the family Antilocapridae, and their closest surviving relatives are the giraffids: giraffes and okapi!] 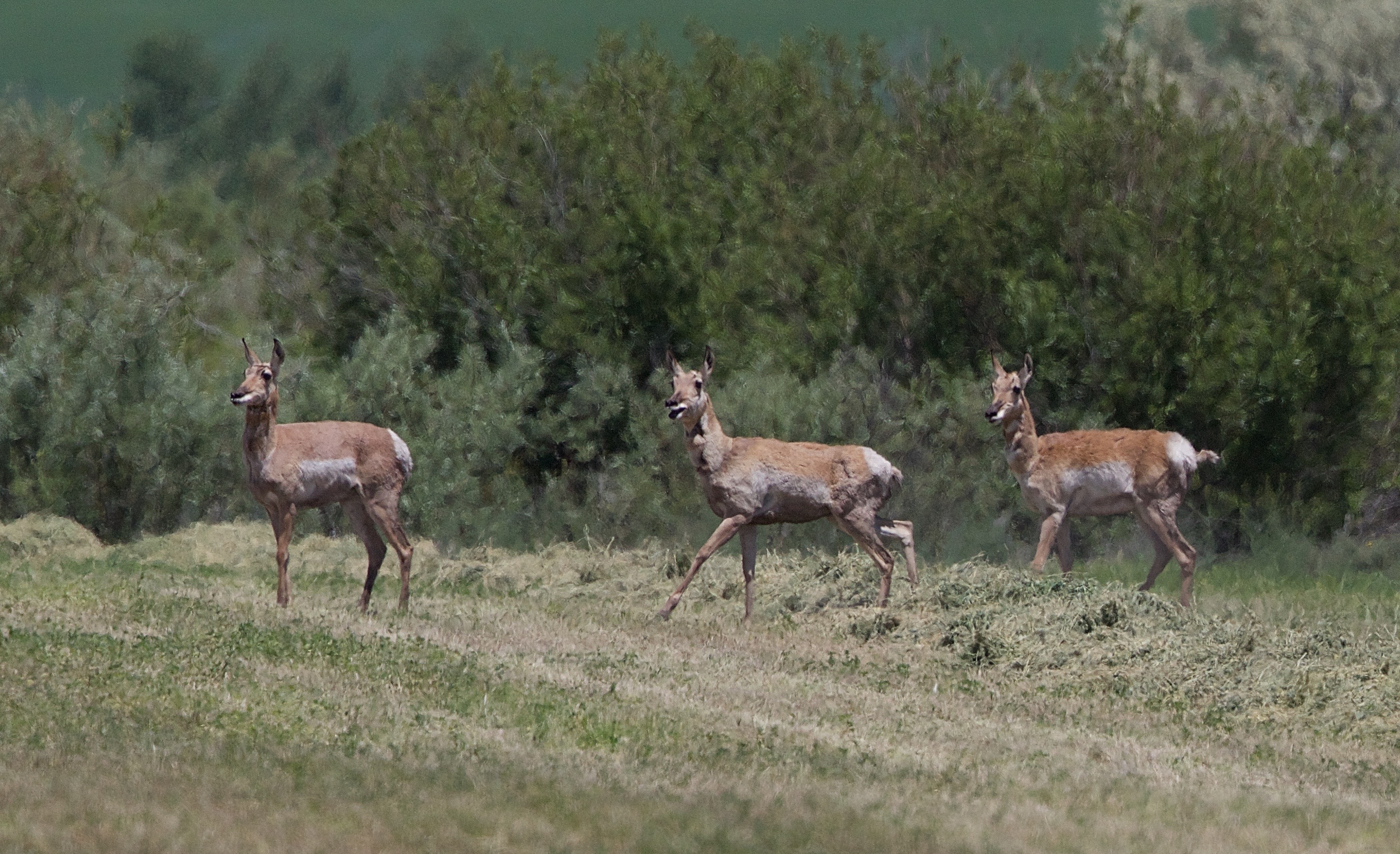 Also, the eaglets (Haliaeetus leucocephalus) in their current stage of development — they are SO READY to fledge. 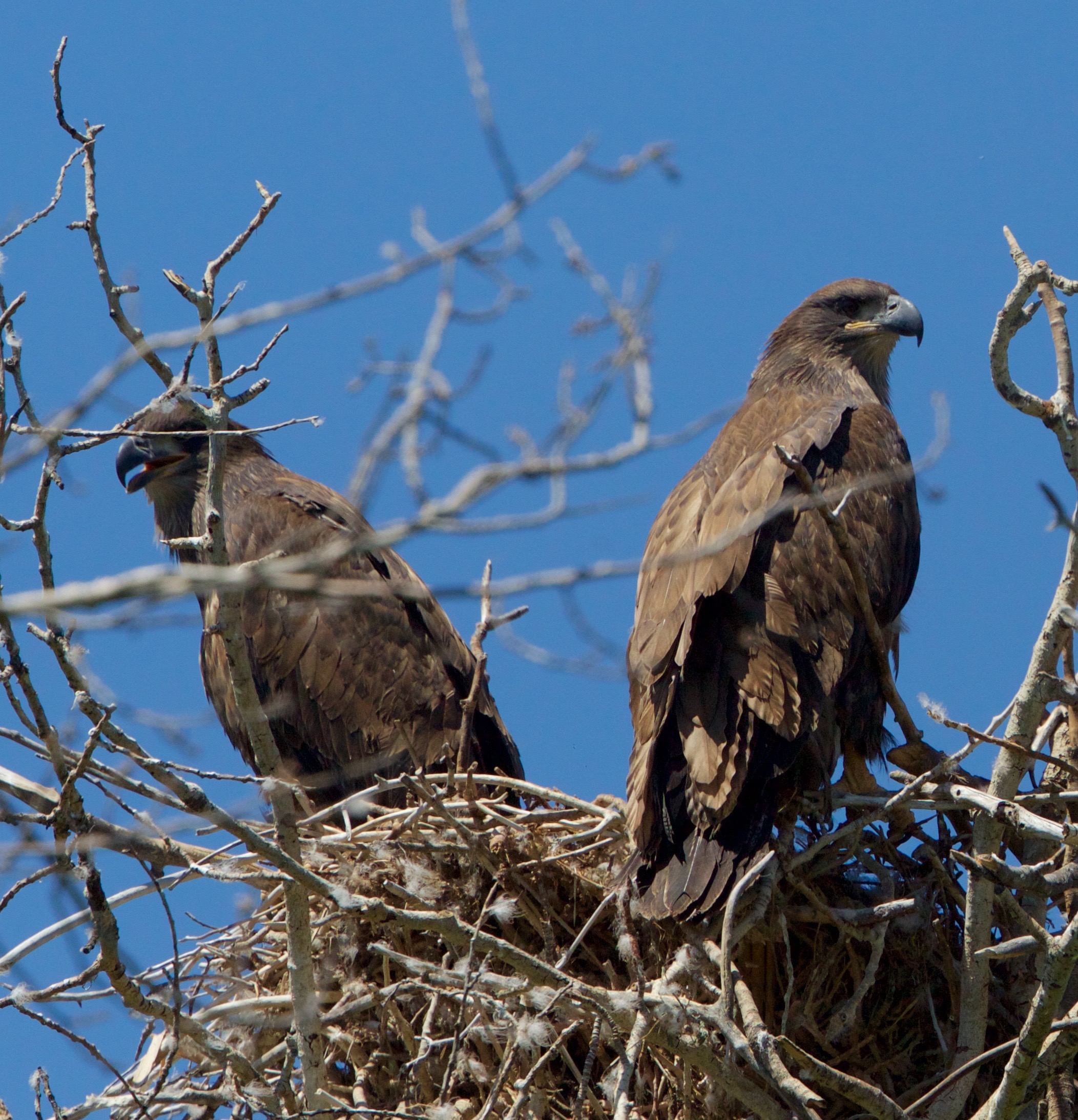 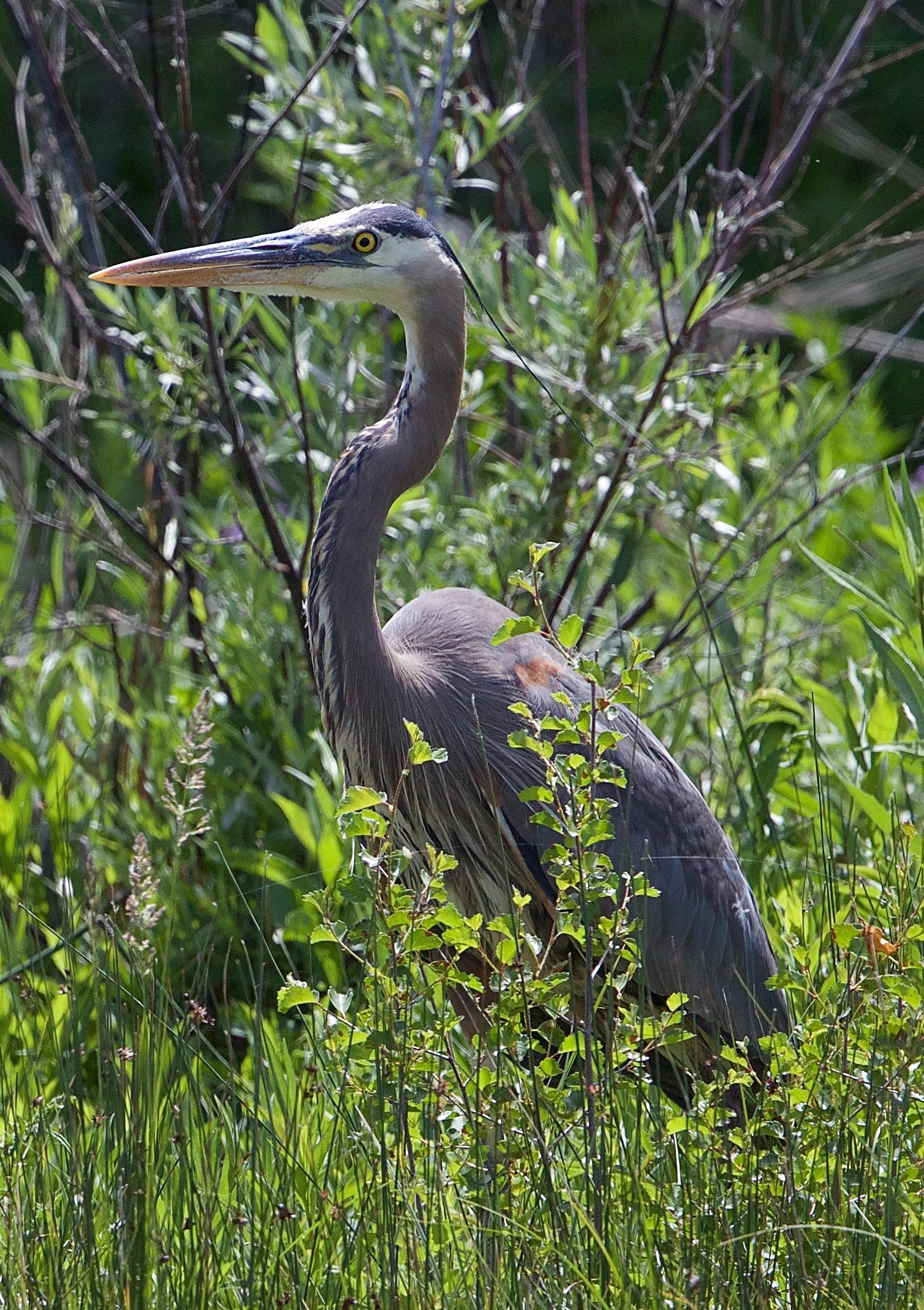 The next three photos come from reader Jon Meddings:

This is a very young grizzly (Ursus arctos horribilis) in the Kananaskis country in Alberta. It was a rainy day and this young bear was out eating dandelions that seem to be an favorite early spring food item. 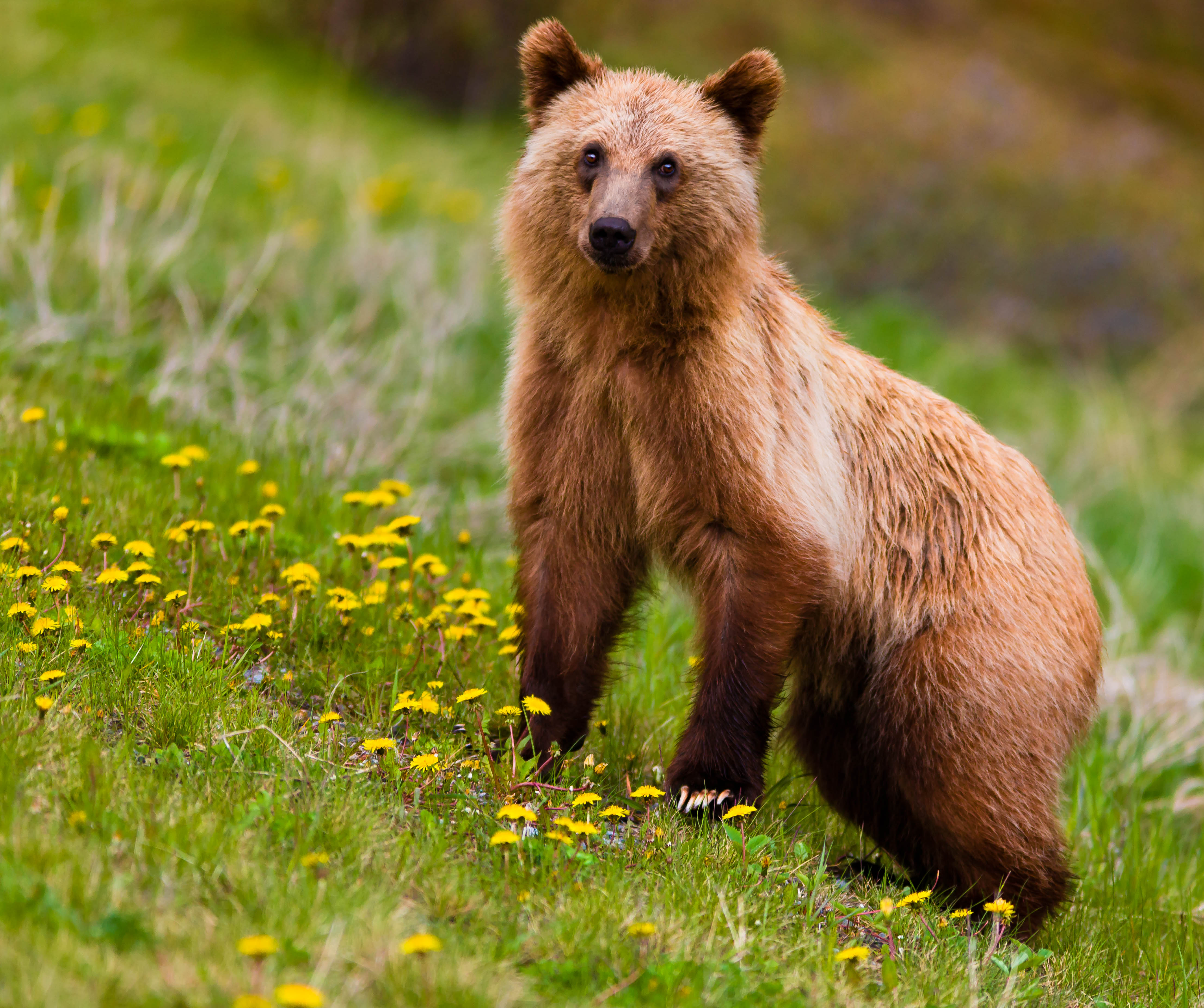 An Alaskan brown bear, a variant of the grizzly taken in Alaska. This is a young cub that the mother (in the background) was teaching how to fish.  They would move from pool to pool and when they approached us, he cautiously checked us out, crossed the stream and then moved past us. Beautiful. 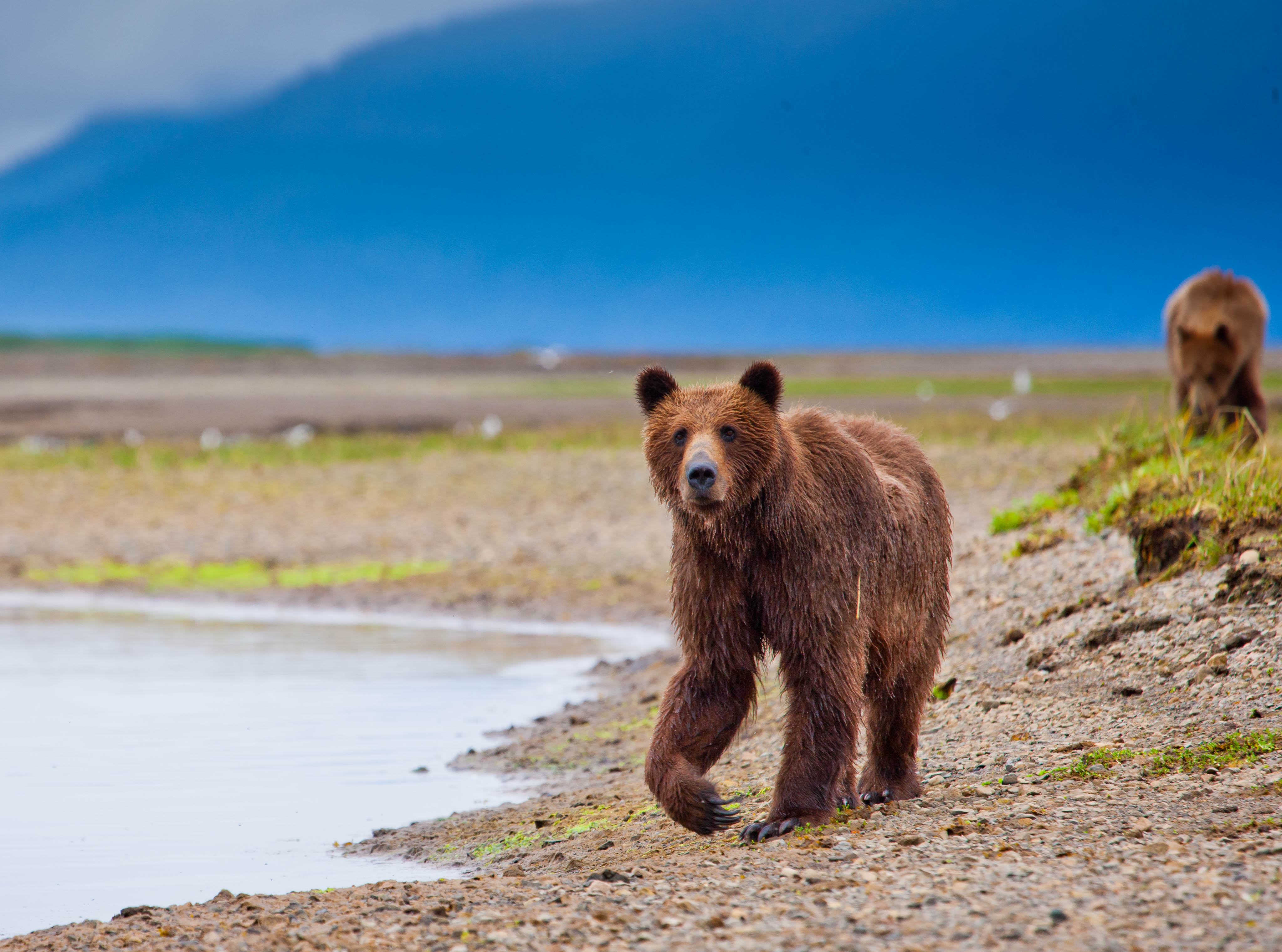 Canadian moose (Alces alces) taken in the Kananaskis again. These animals are notoriously short sighted but have a great sense of smell and hearing. Not seen in the foreground is a rushing stream that hid the sound of us approaching for the shot.  She left shortly after this shot in a very graceful manner…. 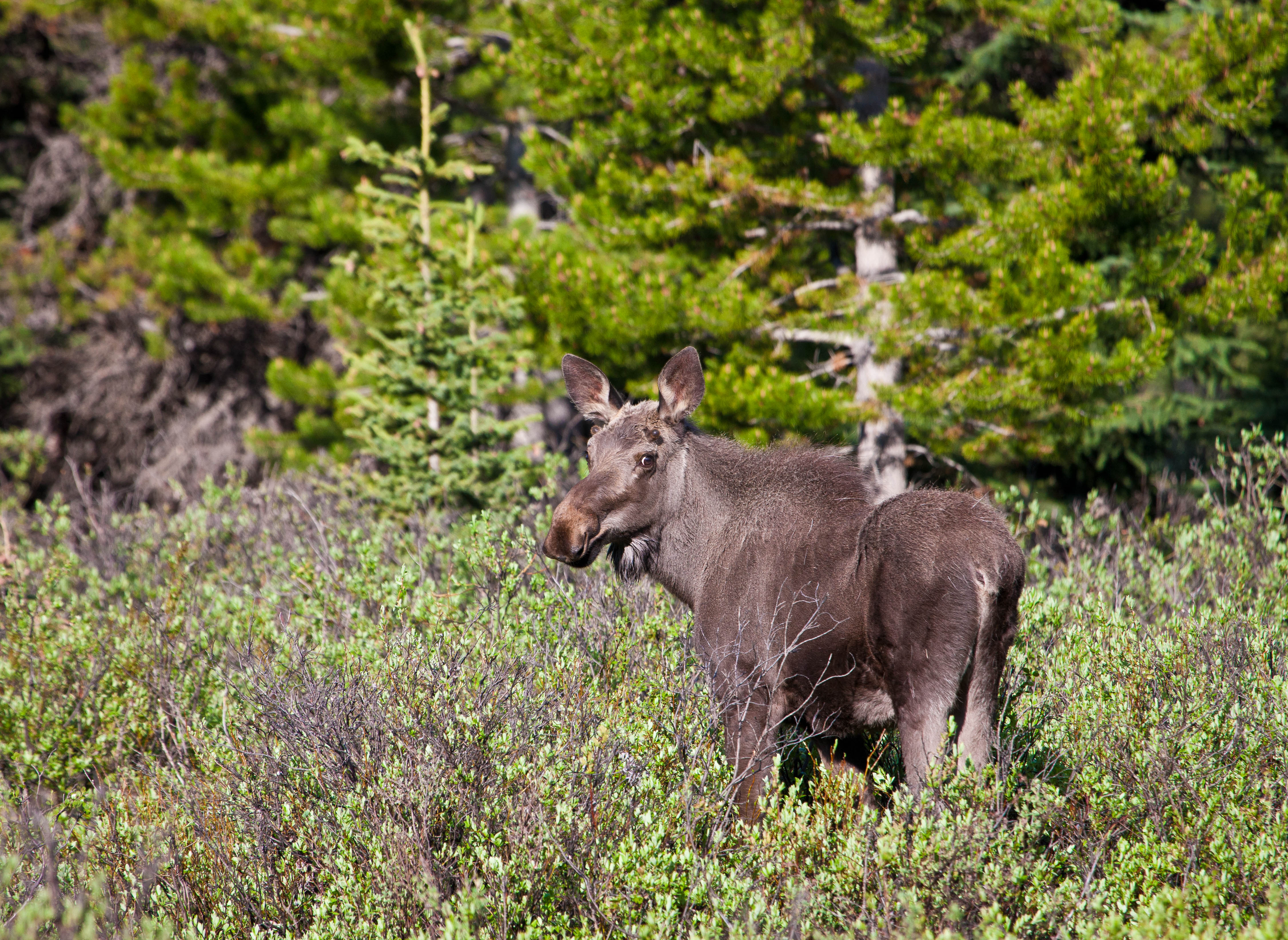