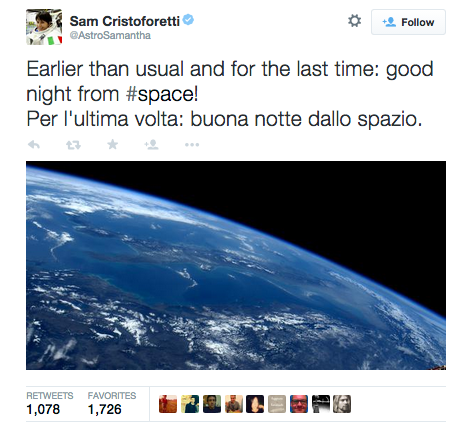 After a delay in returning to Earth (one that Samantha Cristoforetti was delighted about), she’s coming home on Thursday. As the Daily Mirror reports, she’s set a record:

European Space Agency astronaut Samantha Cristoforetti has been on the International Space Station for almost 200 days, meaning she’s now spent longer in space (continuously) than any other female astronaut.

Cristoforetti has smashed the record of 195 days set by NASA’s Sunita Williams back in 2007. And, by the time she descends back to Earth inside the Soyuz spacecraft on Thursday (June 11), she’ll have spent a full five days more than Williams in space – bringing her total to exactly 200 days.

The achievement was only possible because of an unexpected delay to her mission after Russia’s Progress 59 resupply spacecraft failed to arrive at the orbiting laboratory.

Unless you’re a n00b, you’ll know she’s our Official Website Astronaut™, and we wish her CeilingCatSpeed on her voyage back to the pale blue dot. Here’s a tw**t showing her environmental consciousness (she’s mentioned global warming several times on her mission): 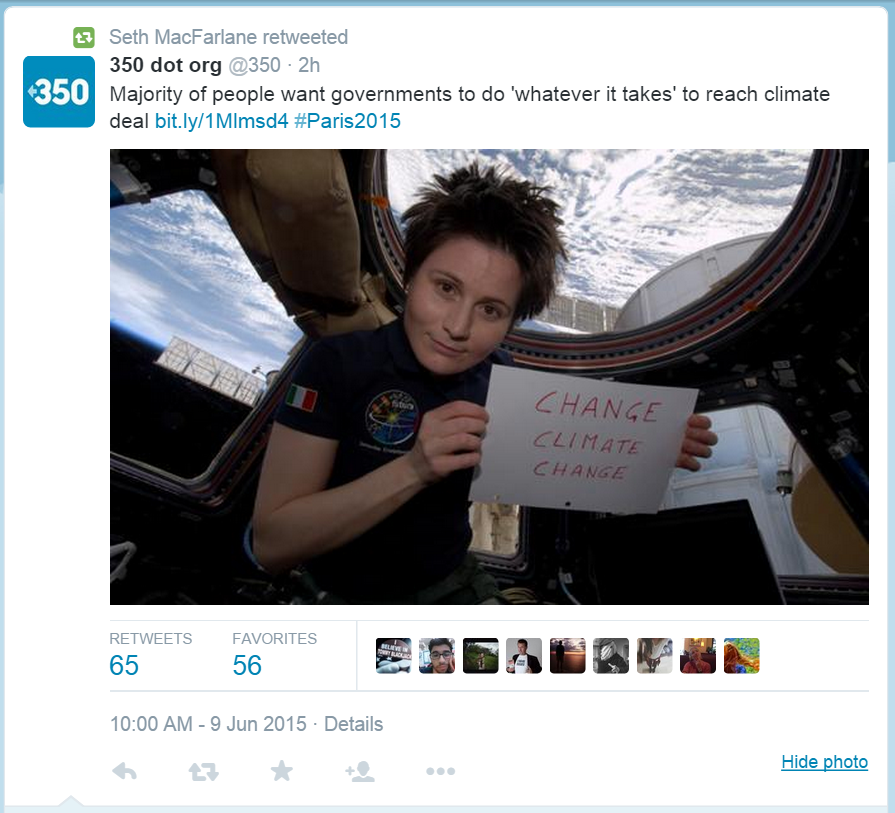 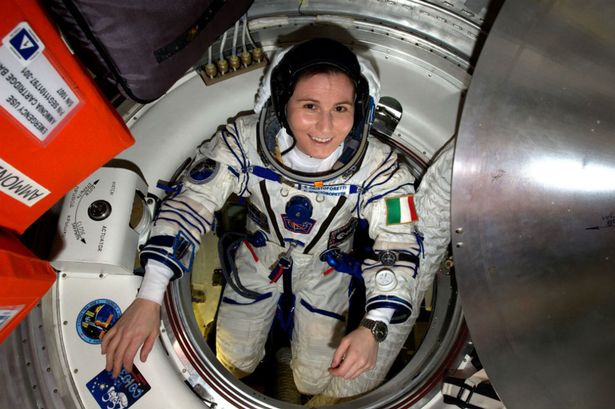