Yesterday at INR5 was laid back. The meeting started at 2 p.m. with an intro and then two good talks by Vyckie Garrison (founder of “No Longer Quivering”, a recovery operation for women who were once fundamentalist Christian breeder cattle) on “How to talk to a fundamentalist,” and Dr. Ian Mitchell on Canada’s crazy drug policy, with the implication that it would be better to legalize nearly everything and for the government to take over all drug distribution.  After a dinner of spinach salad, ribeye steak with garlic mashed potatoes, asparagus, beer and cheesecake (they treat speakers well here!), the antitheist broadcasters Seth Andrews, Aron Ra, and Matt Dillahunty did their last “Unholy Trio” act, which was both hilarious and inspiring. As I’m currently facing the wrath of religionists, it’s good to be among kindred spirits for a while, even if we are preaching to the choir! (I’m not speaking about faith, though, but about free will.) I have to say that Aron Ra is one of the scariest looking dudes I’ve ever seen, but I had dinner with the Unholy Trio (and others) before their presentation, and he is a sweetheart. Ra had just returned from Norway, where he deliberately spent the night in the town of Hell. I noted that, being in Norway, this is proof that Hell does freeze over.

Today’s schedule is busy, staring with a buffet breakfast at 8:30 a.m. and going through the day. There is a passel of interesting talks, including ones by philosopher Peter Boghossian, a passionate speaker and author of A Manual for Creating Atheists; ethical philosopher Chris DiCarlo from Toronto; the activist Maryam Namazie (who told me she’ll speak on the importance of liberals opposing Islam); my friend Faisal Saeed al Mutar, another ex-Muslim and a humanist activist; and Robert M. Price, an ex-Baptist minister who, though he may still be a believer, thinks that the whole Jesus business is mythological. After dinner Lawrence Krauss and Richard Dawkins will take the stage for one of their famous conversations. The “Humanist of the Year” award will be given at 1 pm, though we have no idea who the recipient is. I speak tomorrow, along with Carolyn Porco, Krauss, and Harriet Hall, whom I met yesterday.

The good thing about INRs is that the schedule is relaxed, with lots of breaks, and the talks are allotted 75 minutes per speaker, so you can talk for, say, 50 minutes and still have a long Q&A. Also, you have free rein to choose your topic, and I have no idea what most people are talking about (if you consult the schedule, you see only a name and not a topic.) The venue is full—350 people—and I’m happy to note that my two popular books are selling briskly. (Remember, if you say “Maru” you get a cat drawn in your copy.) Posting will be light for several days as I simply have no time to write, much less cogitate about writing. Meanwhile in Dobrzyn, life is sweet and slow, and Hili thinks of time and the river:

Hili: First of all, we have to consider our priorities carefully.
A: What do you suggest?
Hili: A walk to the river. 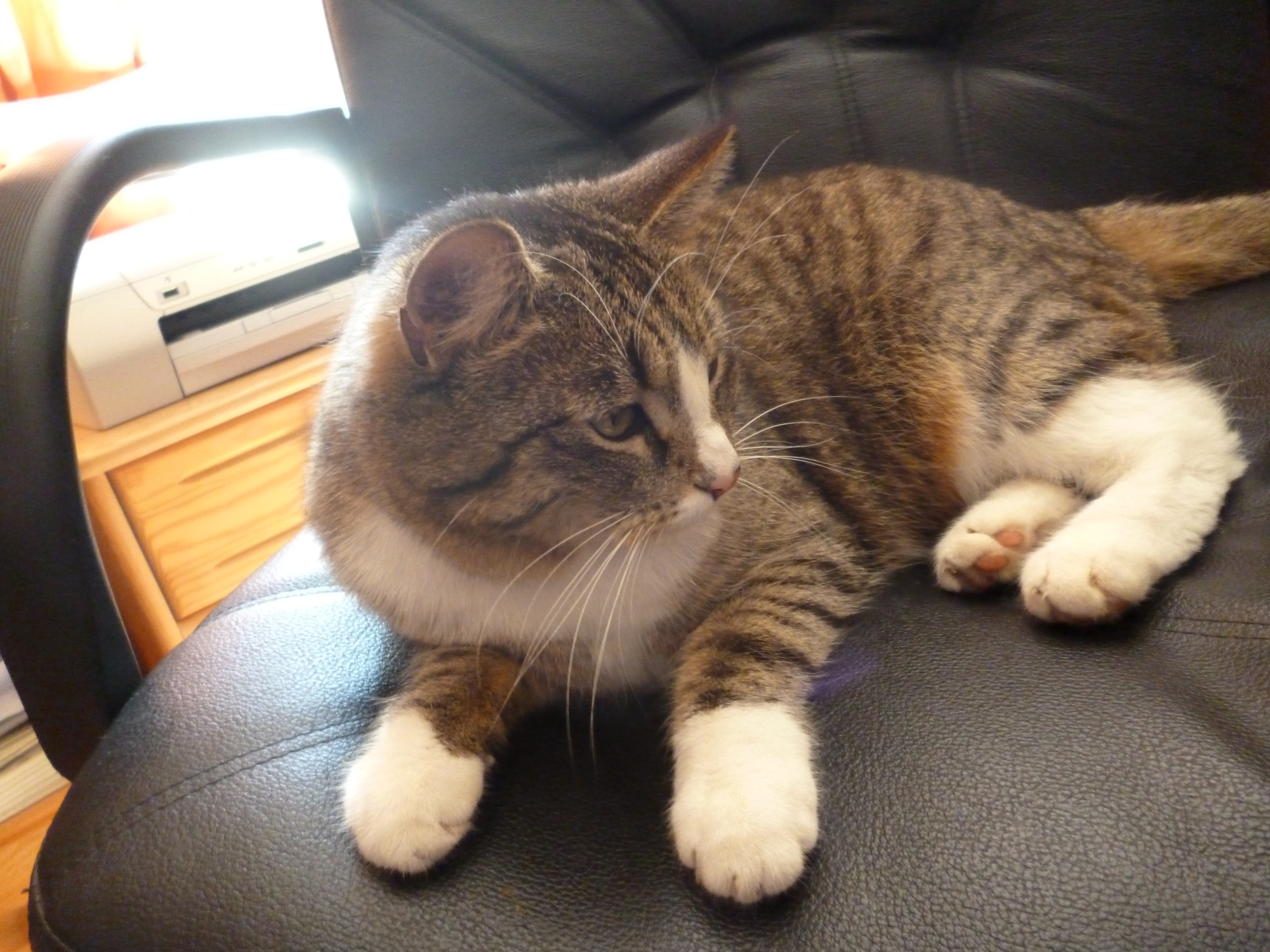