Today’s bird photos come from ecologist Susan Harrison at UC Davis. Her notes and IDs are indented, and you can click on the photos to enlarge them.

Species can be rare in different ways:  found only in a small geographic area, or in a specialized habitat, or widespread and yet scarce or declining. Birds can also be vagrants, showing up far from their normal ranges and causing excitement among local birdwatchers, as described recently by John Avise.  Here are some of the rarer species I’ve been lucky to see in California and southern Oregon.

These giant carrion-eaters have such powerful gizzards that they grind up and absorb the lead shot found in many of the carcasses they eat, causing lead poisoning and the near extinction of the once wide-ranging species.  Their numbers have grown since Federal endangered listing led to a program of captive breeding and release, blood chelation, and an effort to get hunters to replace lead shot with steel shot. “Condor 25” here is in one of the more reliable places to see them, Pinnacles National Park in the central California Coast Range. 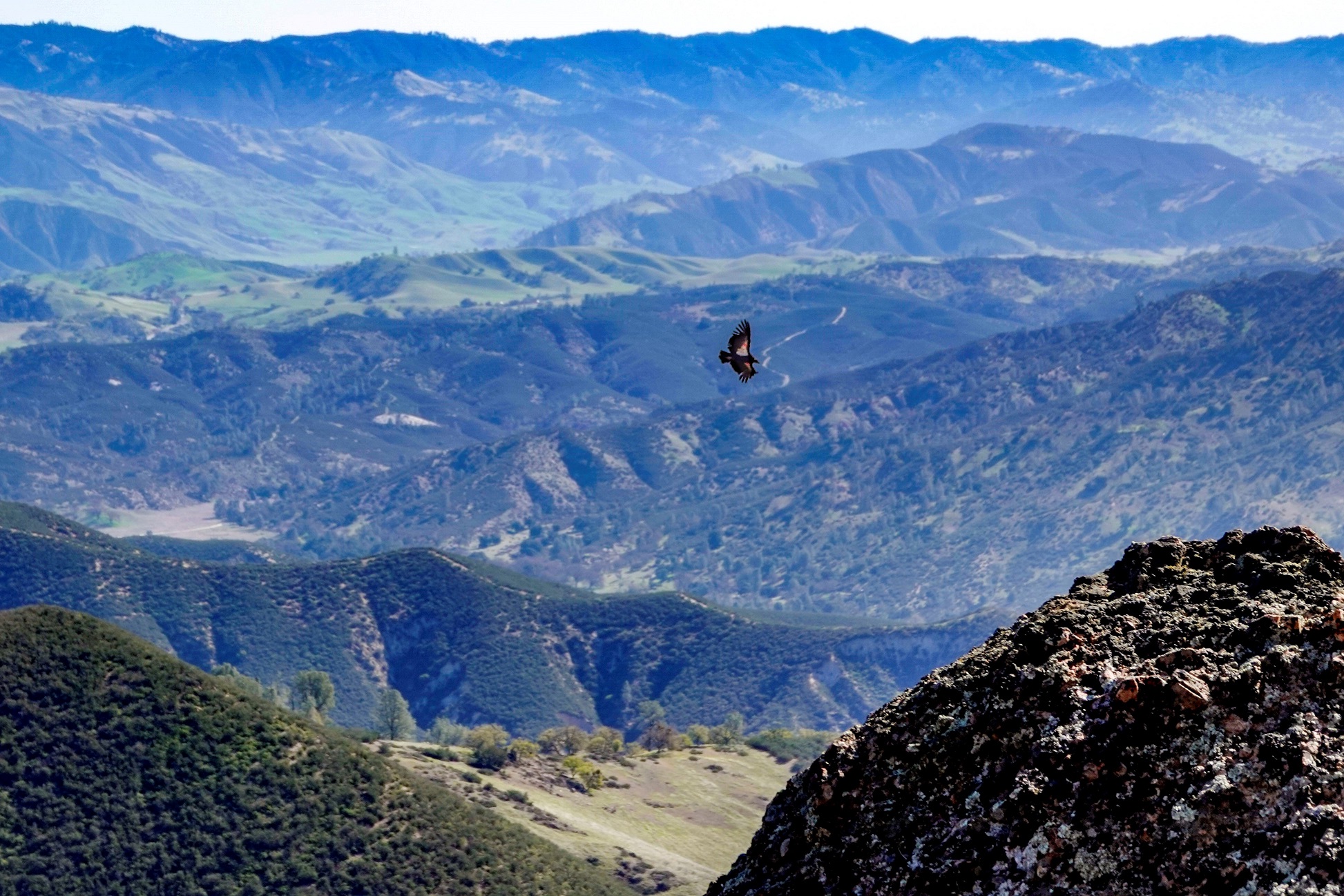 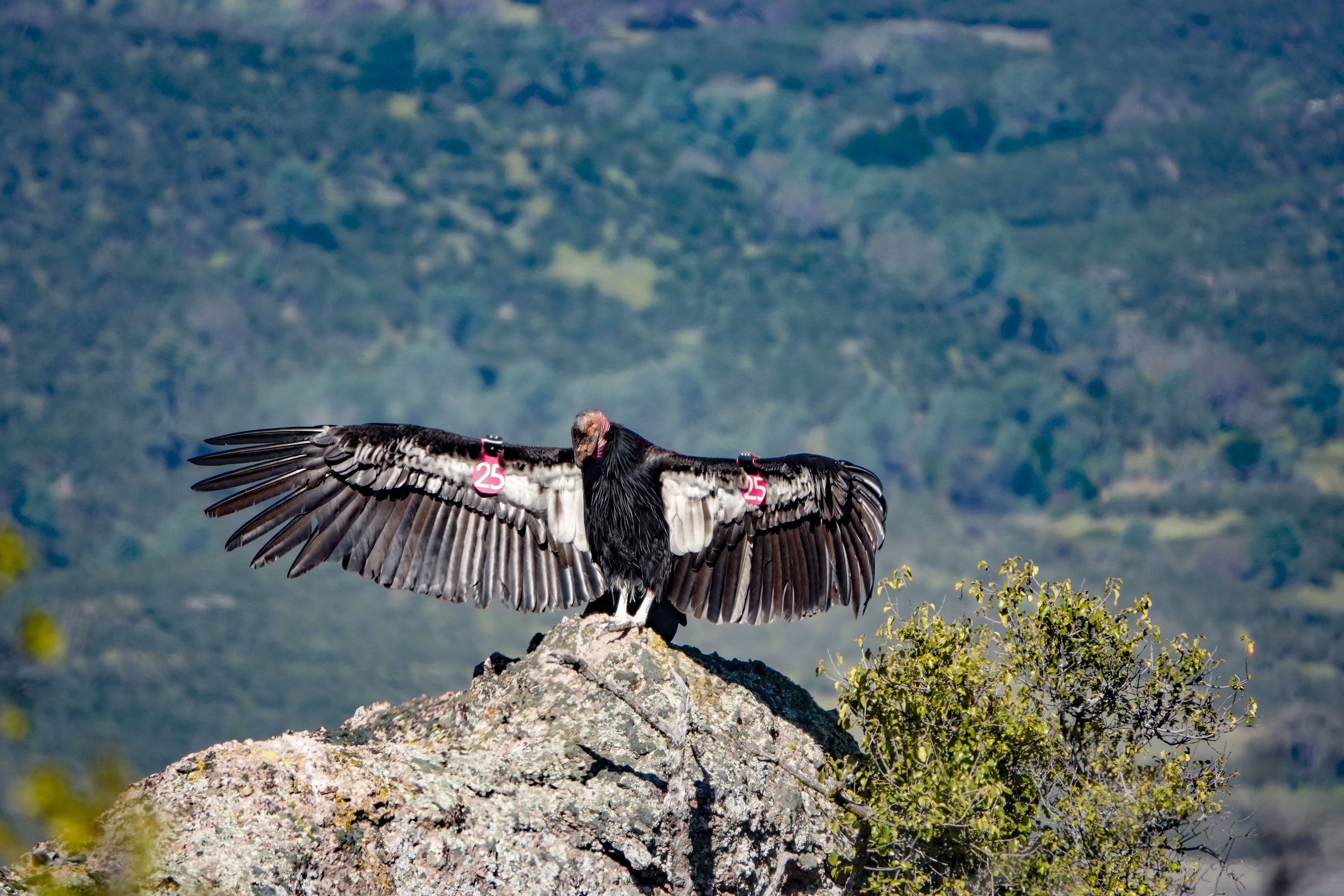 This Western US and Mexican marsh denizen is Federally endangered because of habitat loss and introduced predators, besides which it’s a rail and therefore a darned shy bird.  I’ve met biologists who study them and yet have only rarely seen them. I stumbled across this leg-banded individual in the Tijuana River Estuary on the outskirts of San Diego. 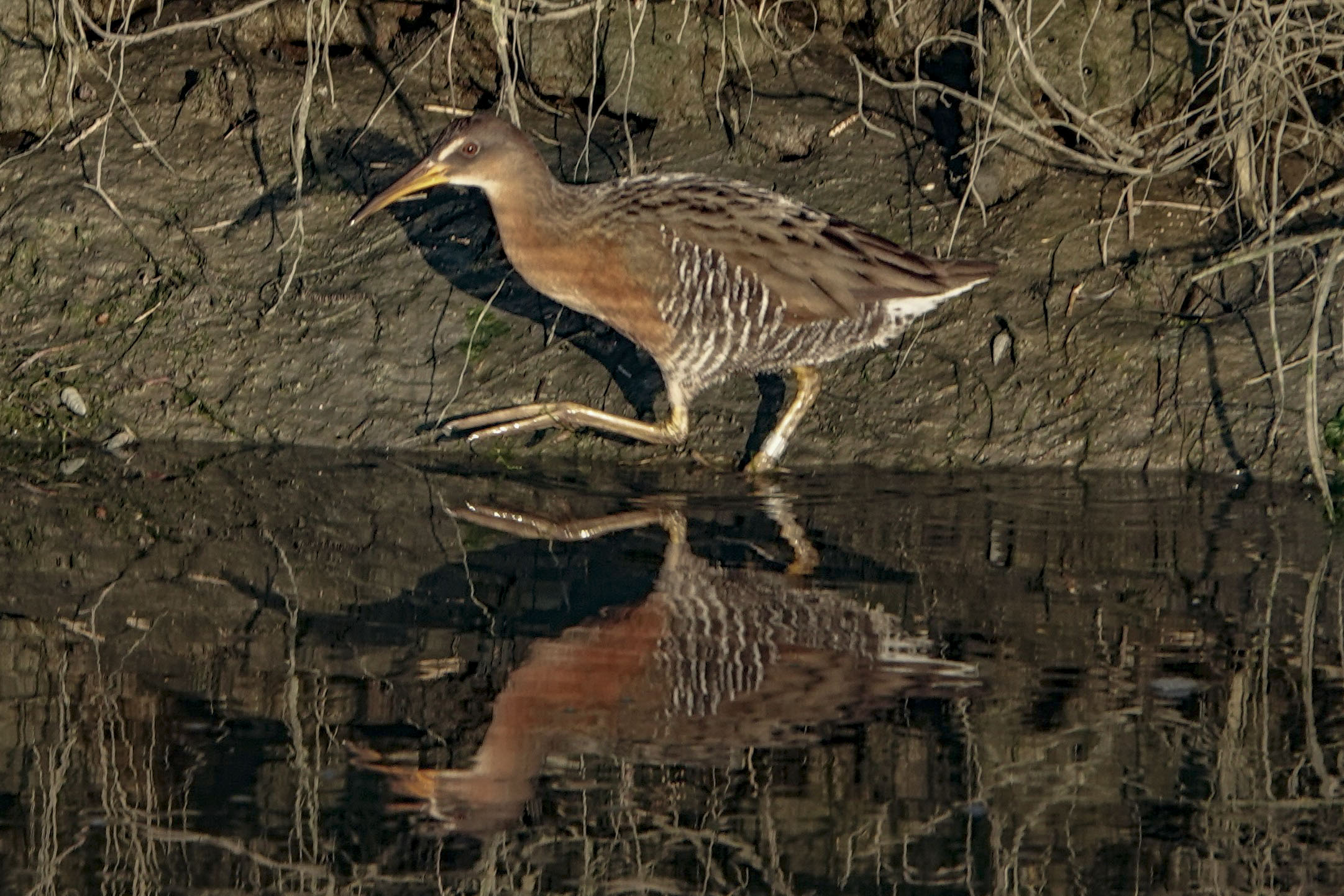 This Federally-listed threatened owl became quite the conservation cause in the 1990s.  It needs lush old-growth conifer forest in which to swoop between trees catching woodrats and flying squirrels.  It  has lost much of its habitat, and Barred Owls (Strix varia) are beating up on and maybe hybridizing with it. Helped by an expert, I saw this mom and chick at a southern Oregon location that cannot be divulged lest the neighboring landowners find out. 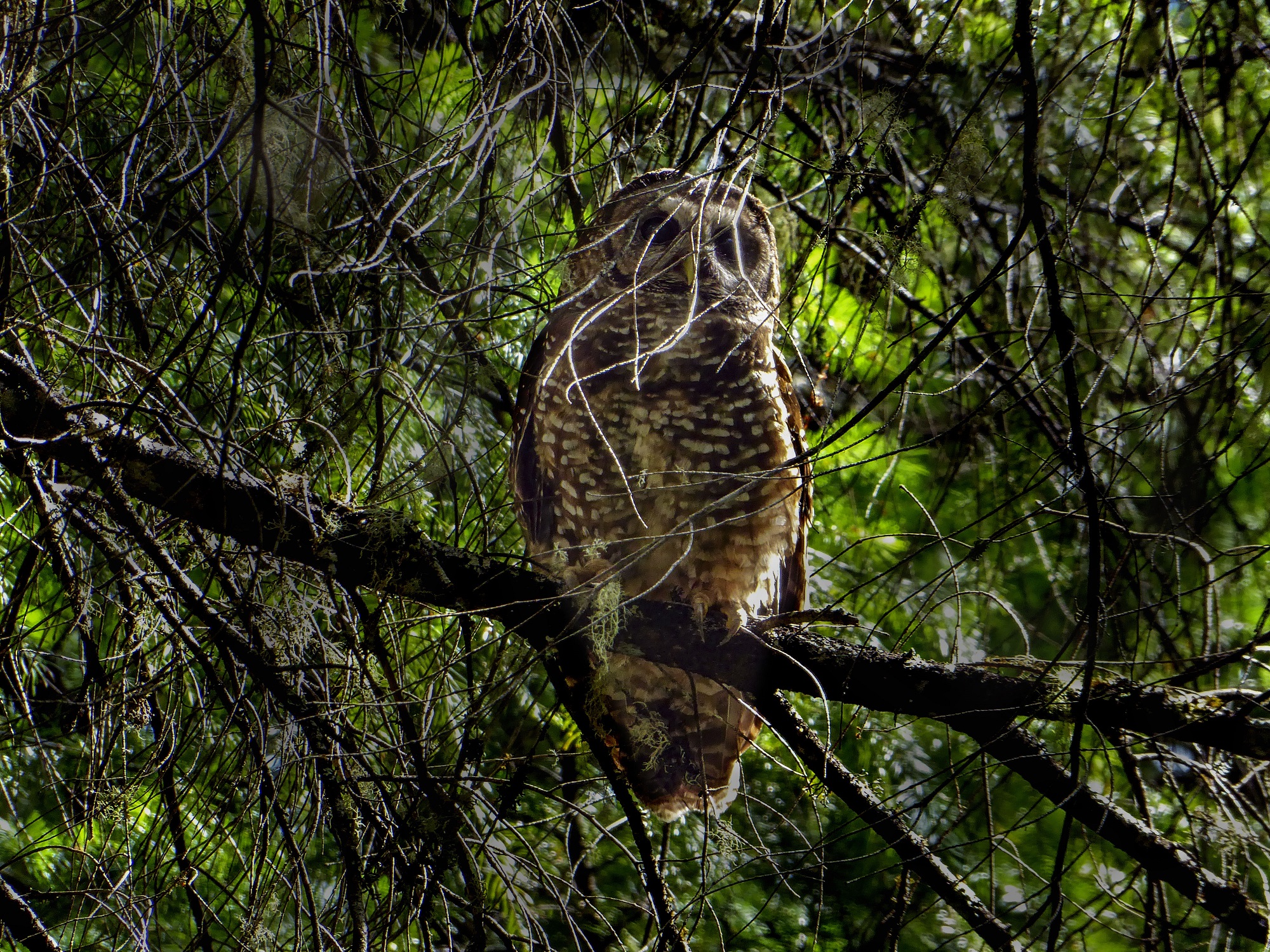 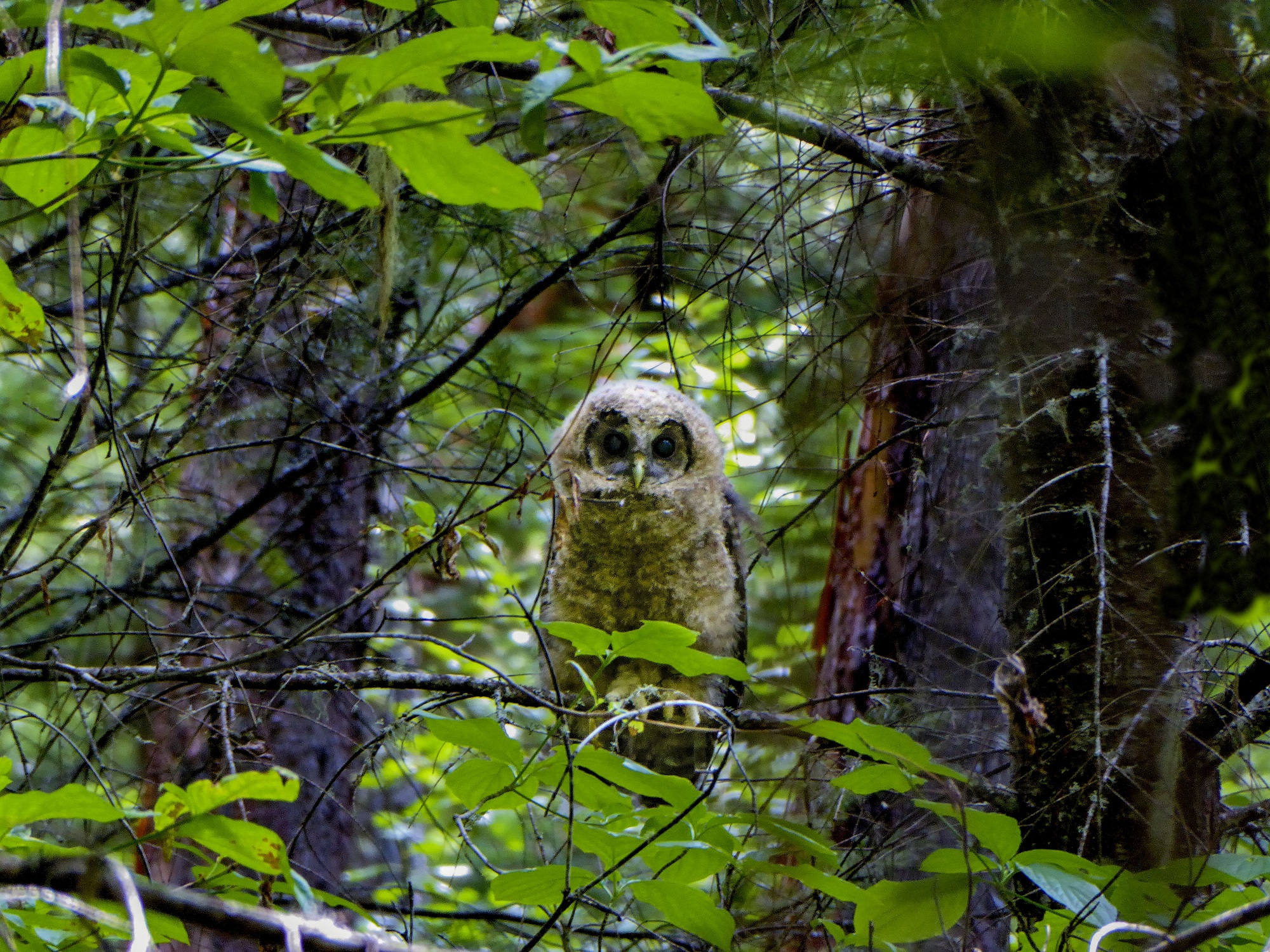 This glorious owl is found in both Old and New World northerly forests.  It’s not endangered, but it’s well-camouflaged and not terribly abundant anywhere.  To find it, you have to go somewhere it’s known to occur and carefully examine tree trunks along meadow edges. It’s most easily seen in spring, when parents are flying around catching the dozens of voles per day they need for their chicks. This youngster and its sibling (just above it, with tail tip visible) were in southern Oregon. 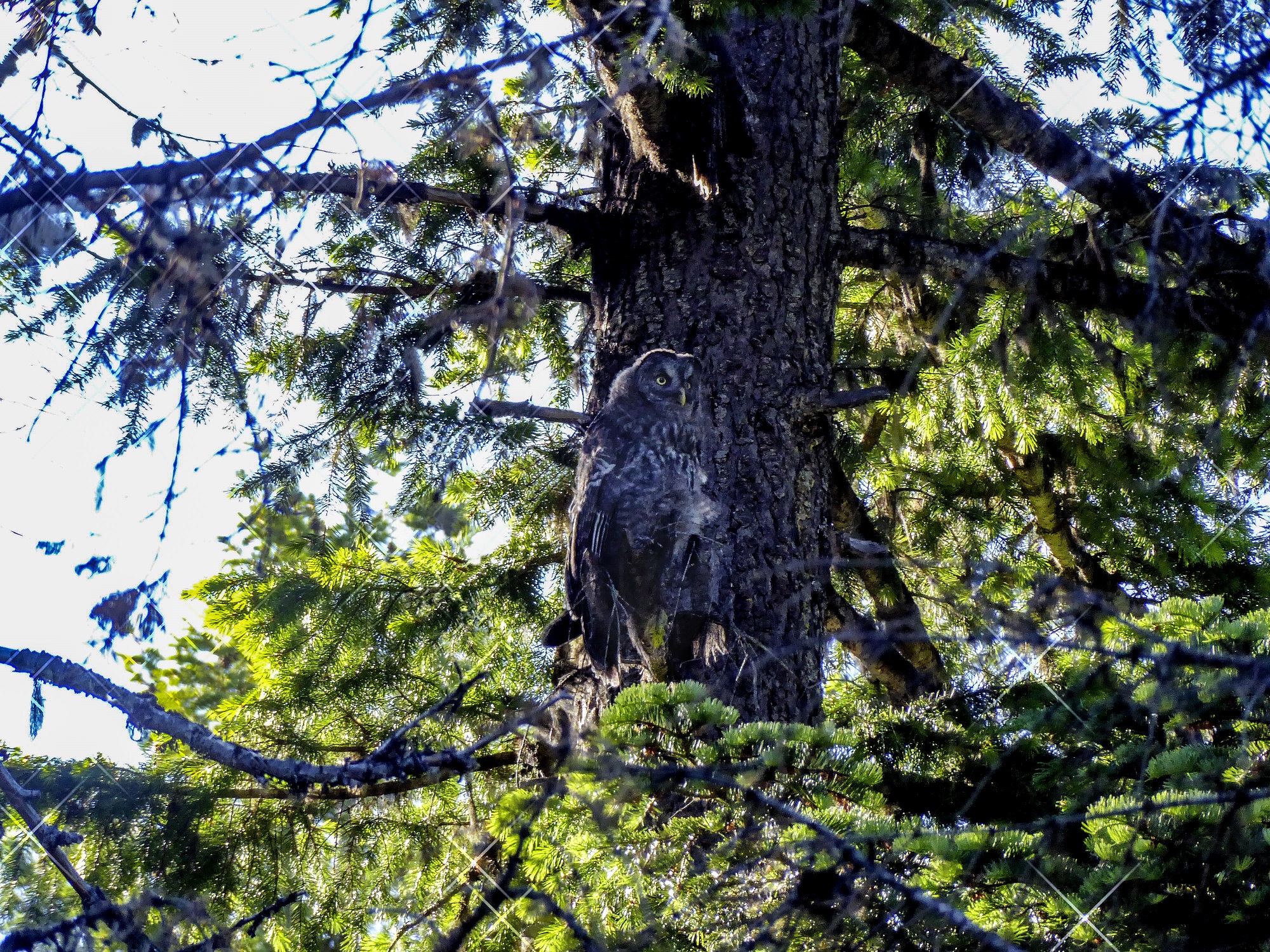 Much less common in the Western than Eastern US, Martins are declining because European Starlings (Sturnus vulgaris) outcompete them for nest cavities.   This male and his mate were nesting in a telephone pole at the McLaughlin UC Natural Reserve in the inner North Coast Range. 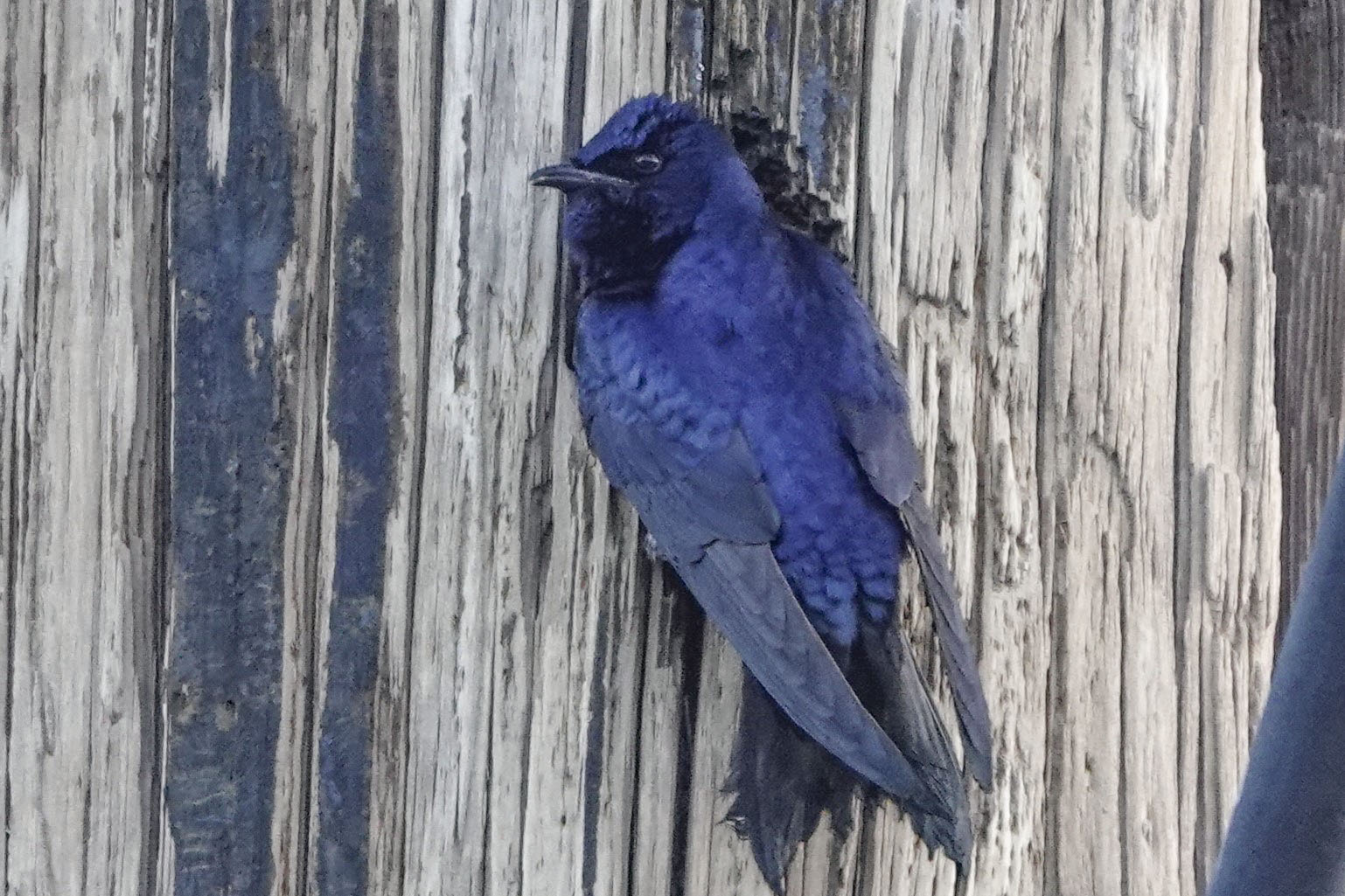 This diminutive beauty isn’t rare in the Sonora and Mojave Deserts, but one male became a celebrity when he showed up in the fifth-story rooftop garden of an Oregon retirement community.  I was fortunate to get there when friendly residents were ushering birders up the elevator to admire him, before management put a stop to that. 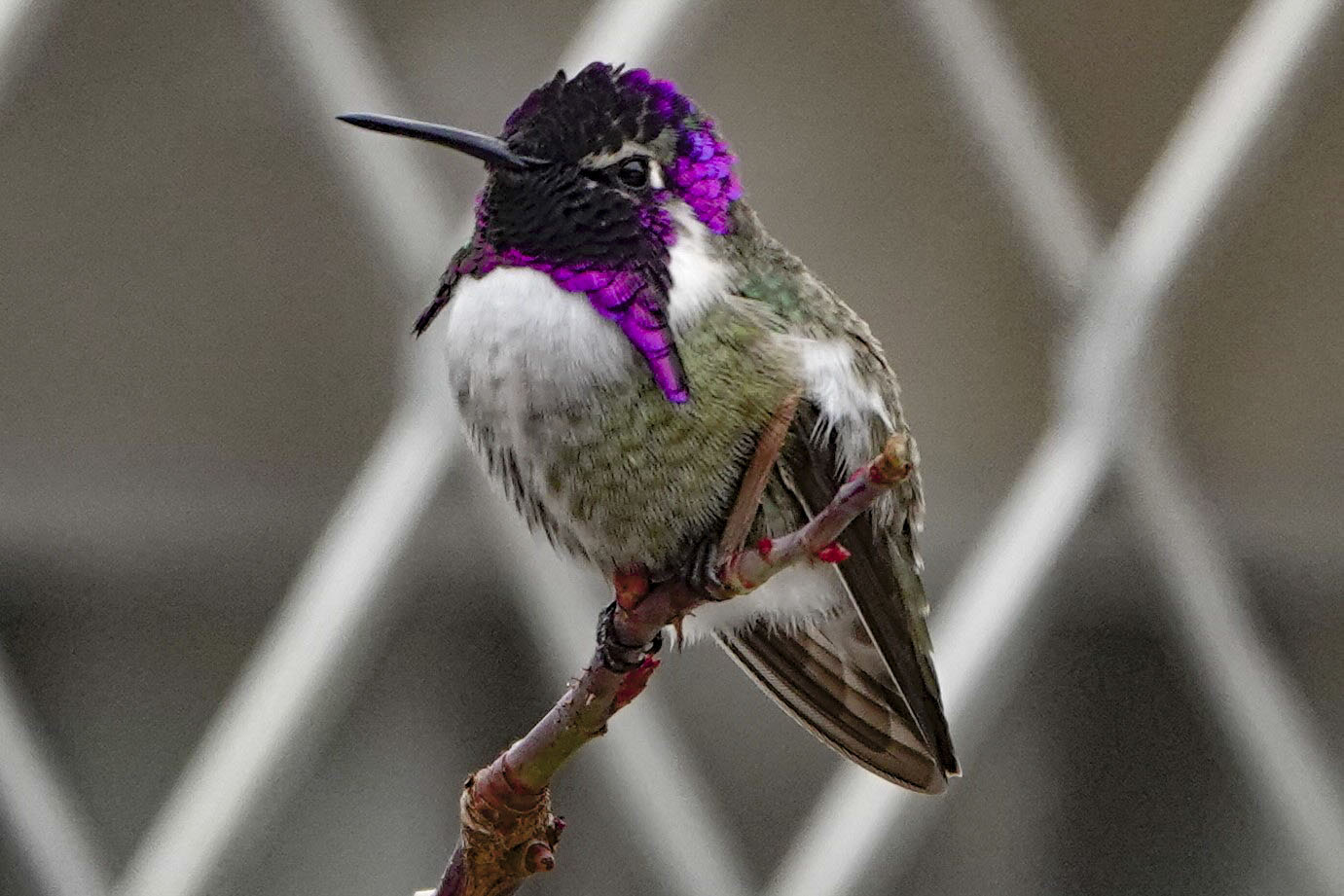 When this orange-headed visitor strays over from Iceland to the East Coast, or from Russia to the West Coast, it likes to hang around with its American cousins.  This one was in the Yolo Bypass Wildlife Area between Davis and Sacramento. 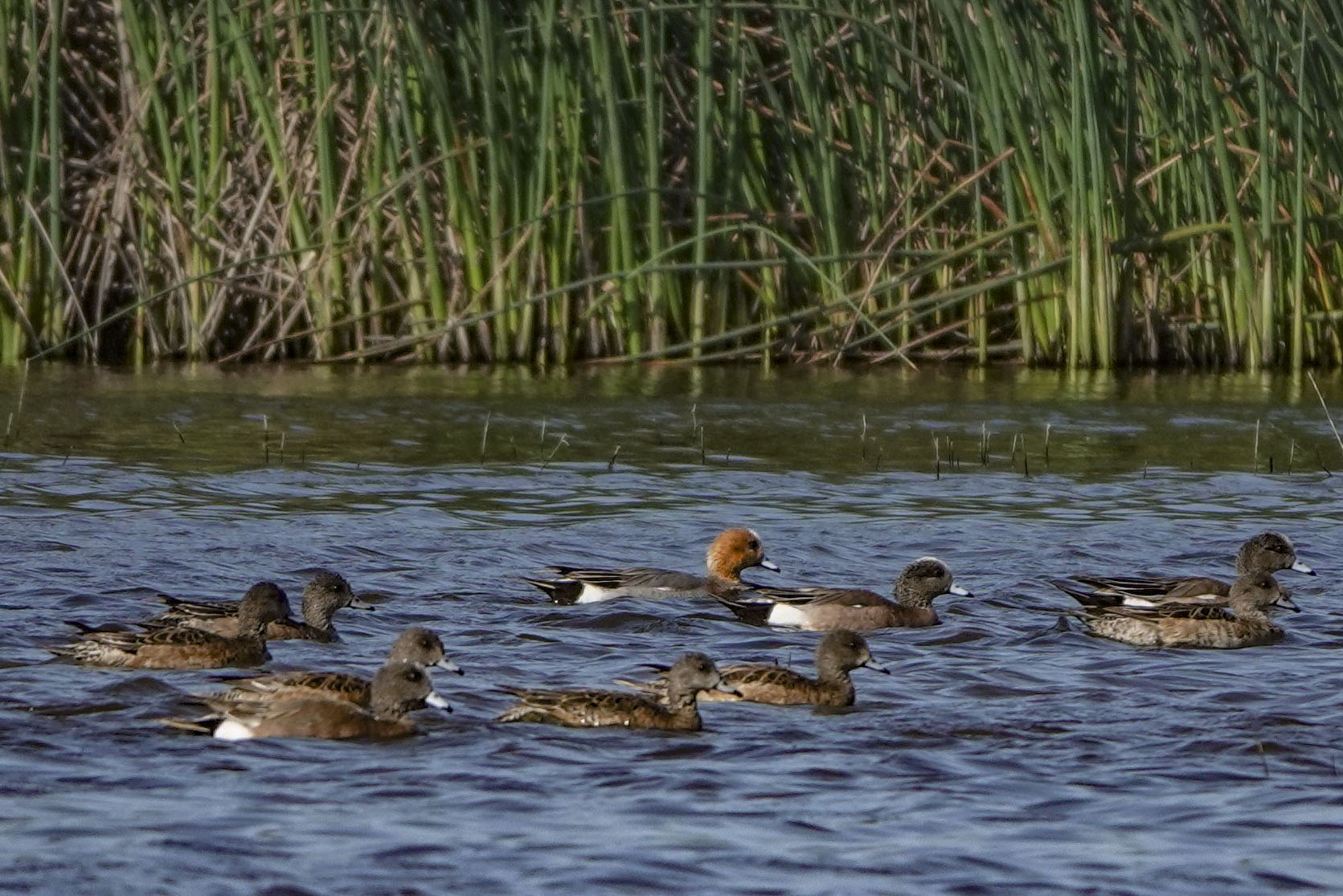 Another vagrant I saw last year was this Eastern North American woodpecker with its name that sounds like a playground taunt.  Most woodpeckers don’t migrate, but this species does, and perhaps getting lost on migration was why this one ended up in a Davis city park. 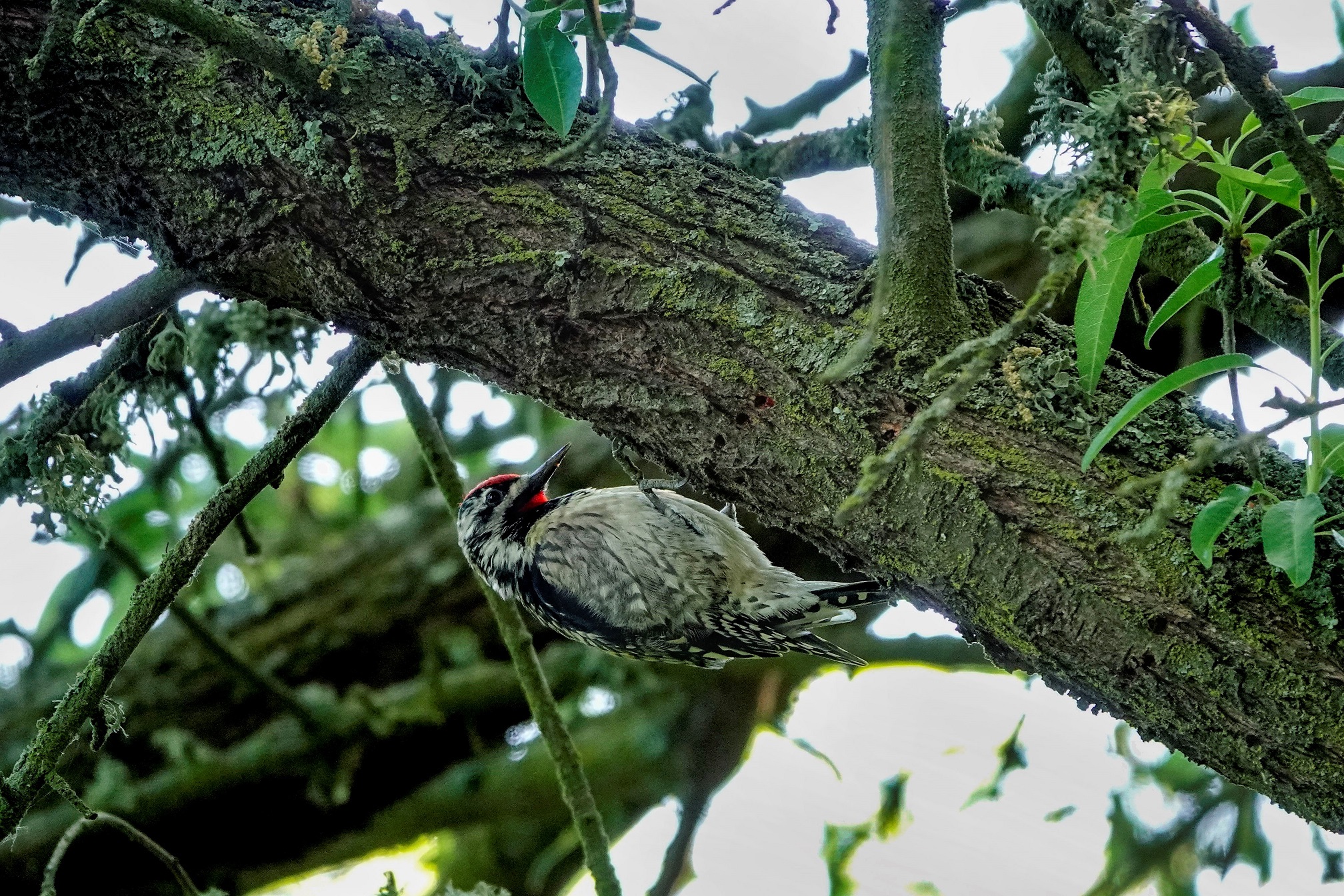 This thumb-sized Eastern North American bird with a huge voice was recently split by taxonomists from the Pacific Wren. The two species look quite similar but their magnificent songs are different.  When it showed up in a tangle of brush along a creek near Davis, this one attracted many birdwatchers. 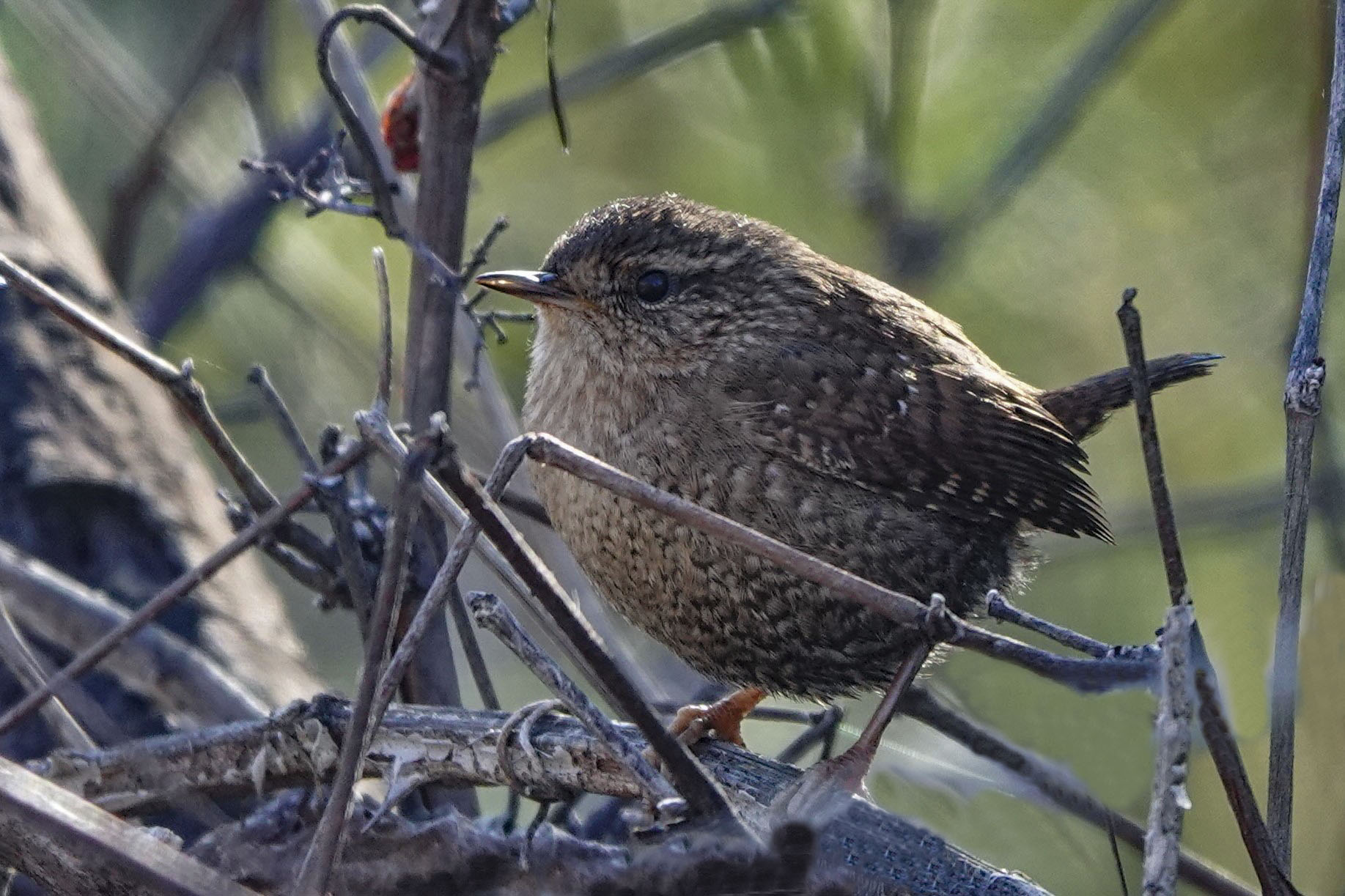 This warbler breeds in the Canadian boreal forest, migrates across the eastern US, and winters in the Caribbean and a bit of the southeastern US. It also winters very sparsely along the California coast. This one drew birdwatcher traffic to a ditch beside an almond orchard south of Davis, where it was foraging amongst Yellow-Rumped Warblers (Setophaga coronata). 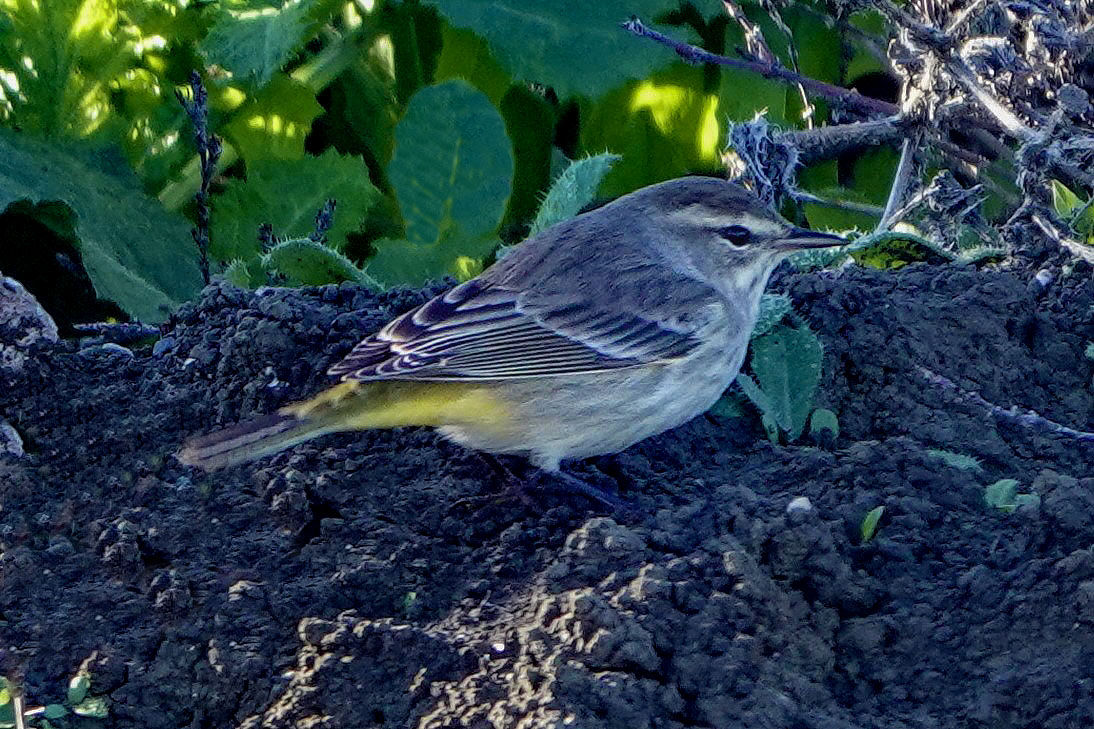