Today we have some Alaska critters from reader Simon Hayward. His notes are indented, and you can click on the photos to enlarge them. This is the first part of two batches of photos.

Some pics from Denali National Park and Preserve (mostly).

Caribou [Rangifer tarandus, known as reindeer in Eurasia] Look at the antlers on this guy! Also caribou poo and food [below] – the whiteish caribou lichen forms a good part of their diet. 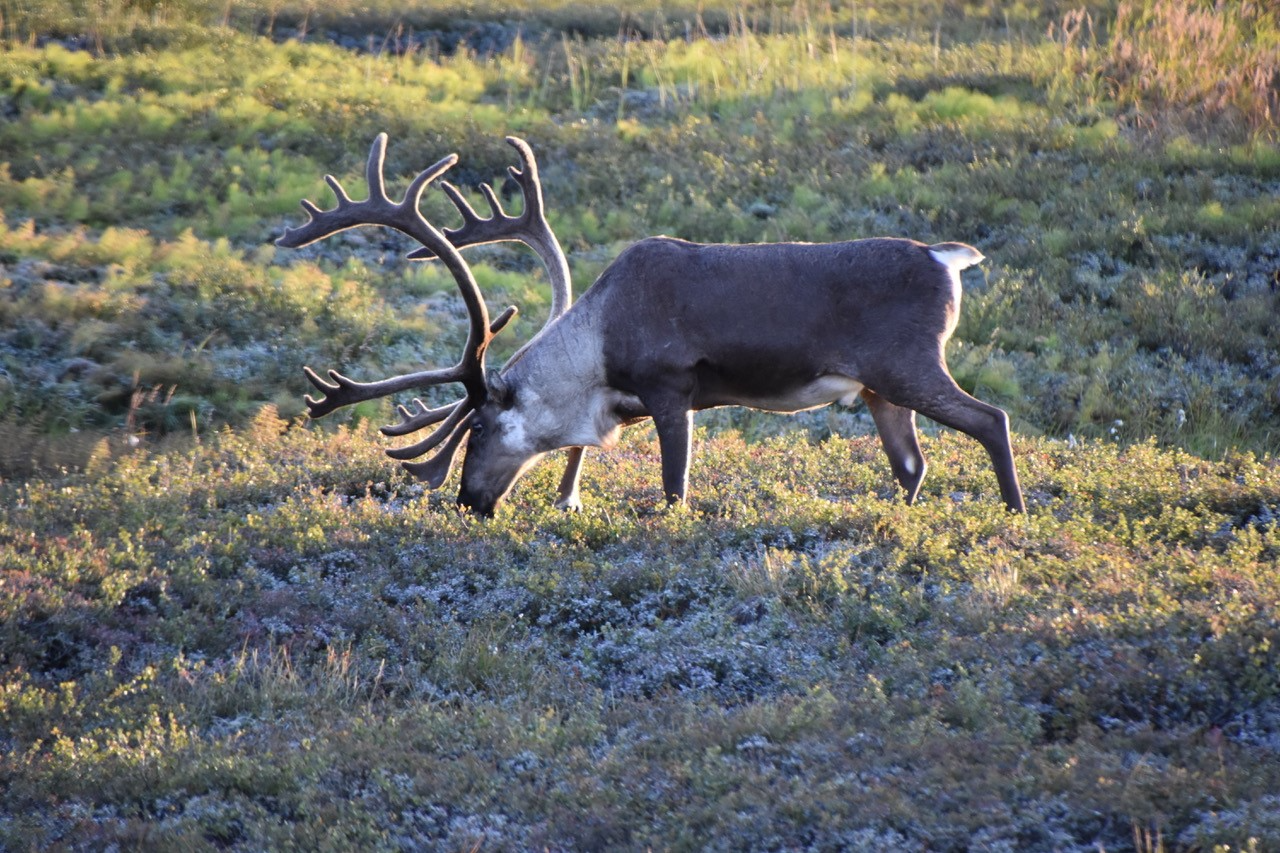 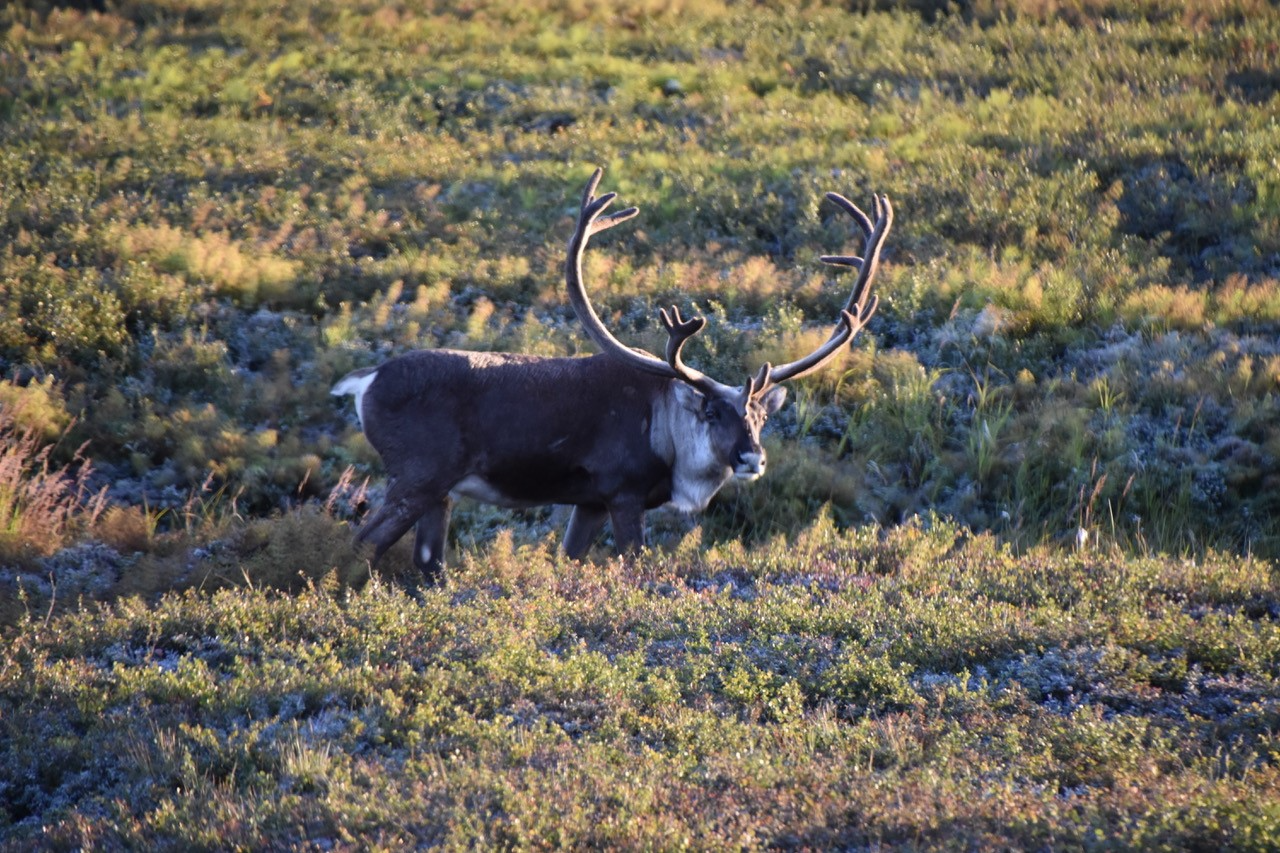 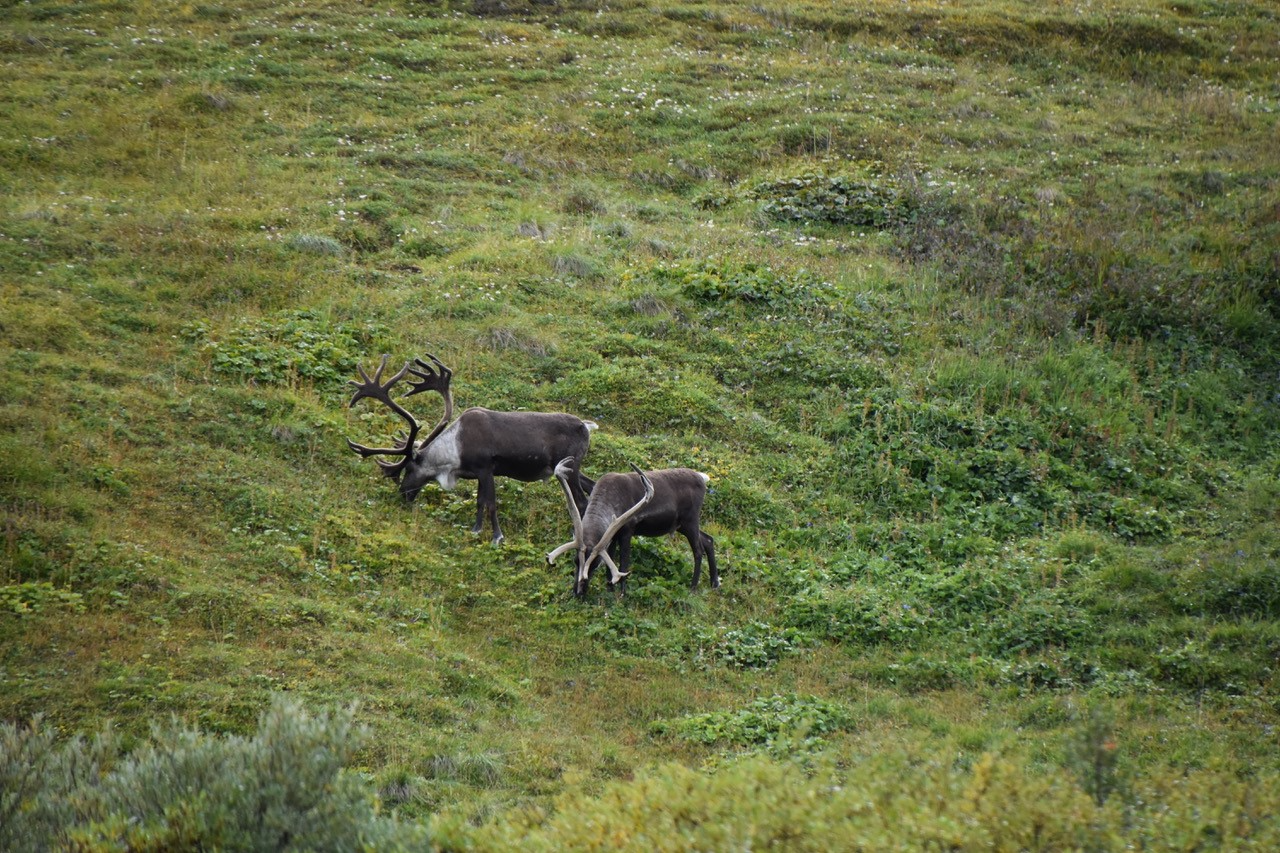 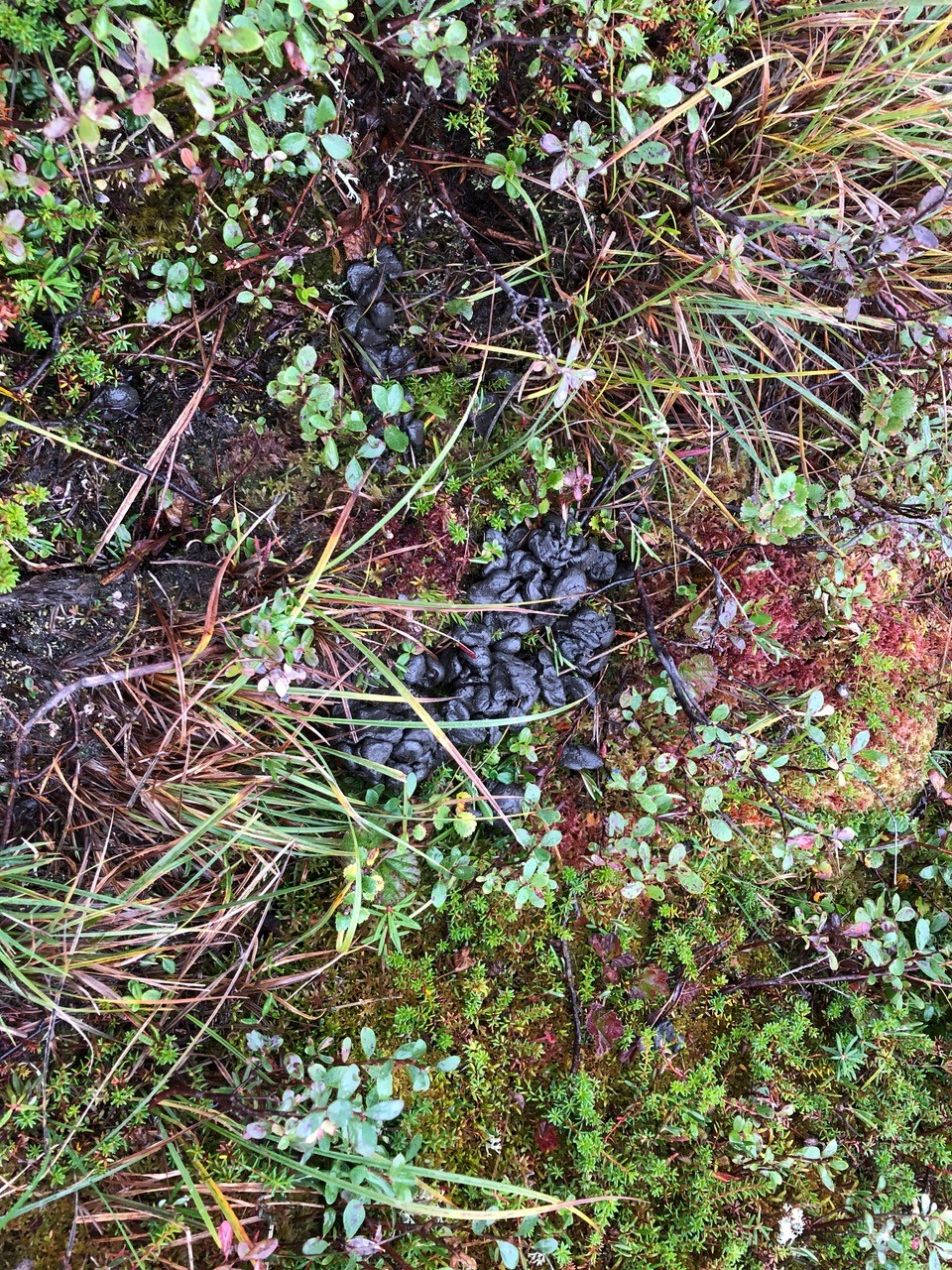 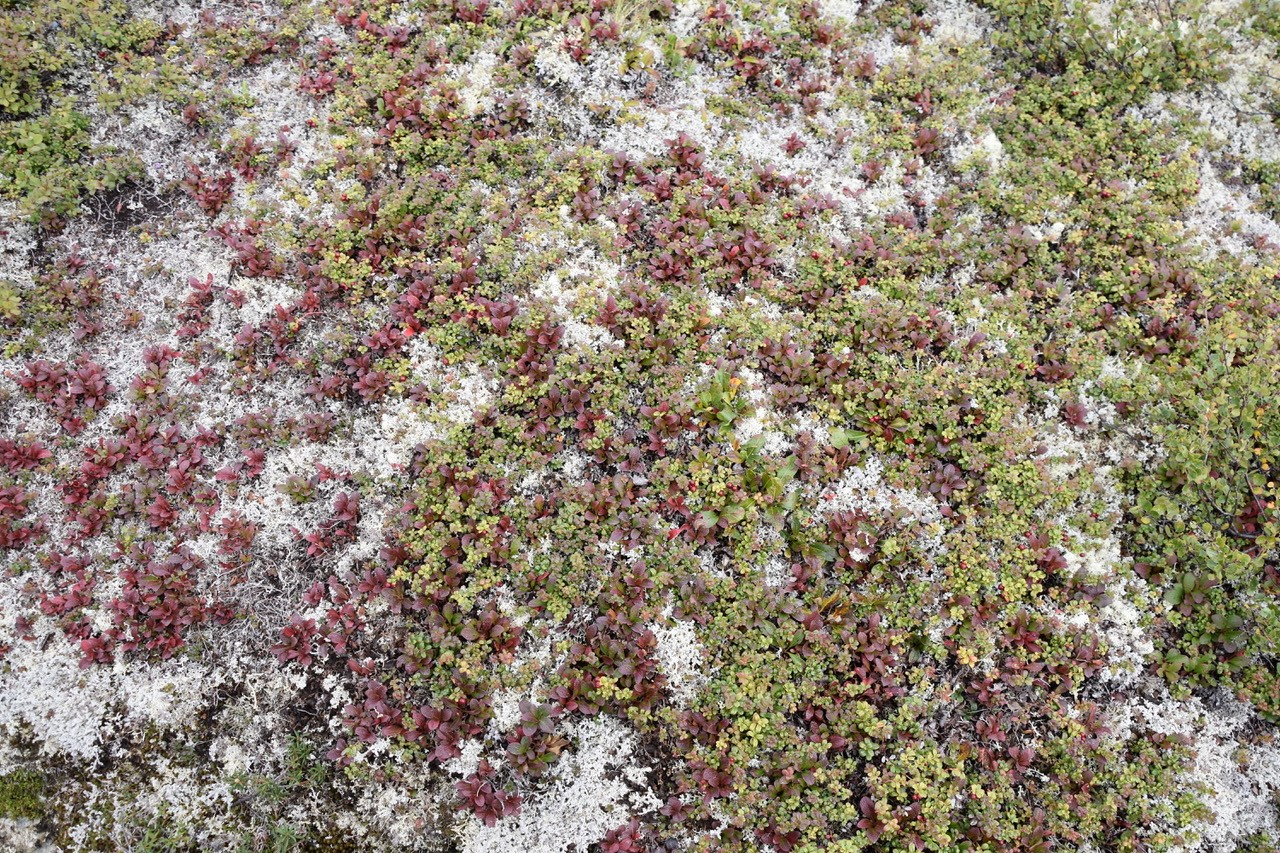 Grizzly bears from Denali [Ursus arctos horribilis]. I tried to include a short iPhone movie of a bear (4-5 yr old male (I was told – the one in the last bear photo here) digging for tubers. Won’t attach to an email – too big.

These bears exist largely on berries supplemented with tubers, ground squirrels and the odd tourist 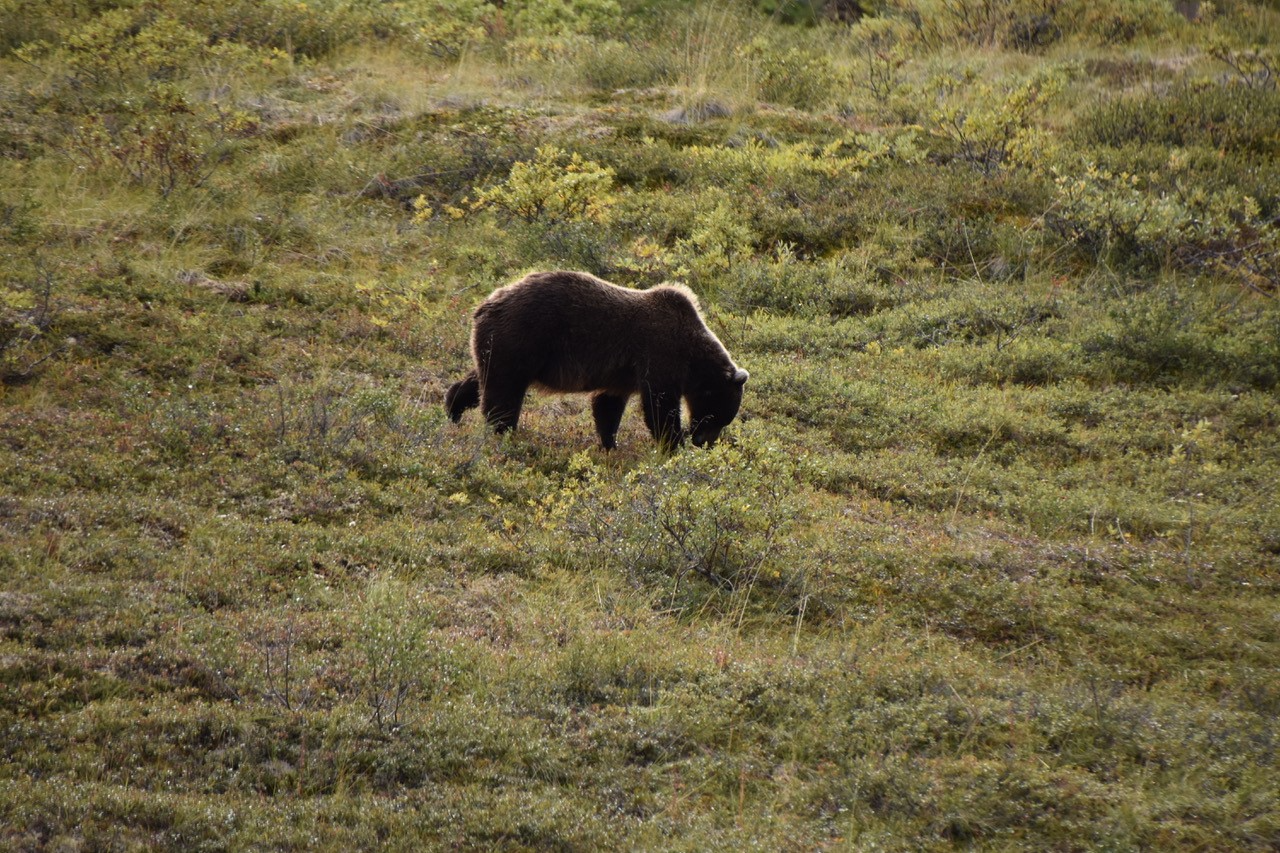 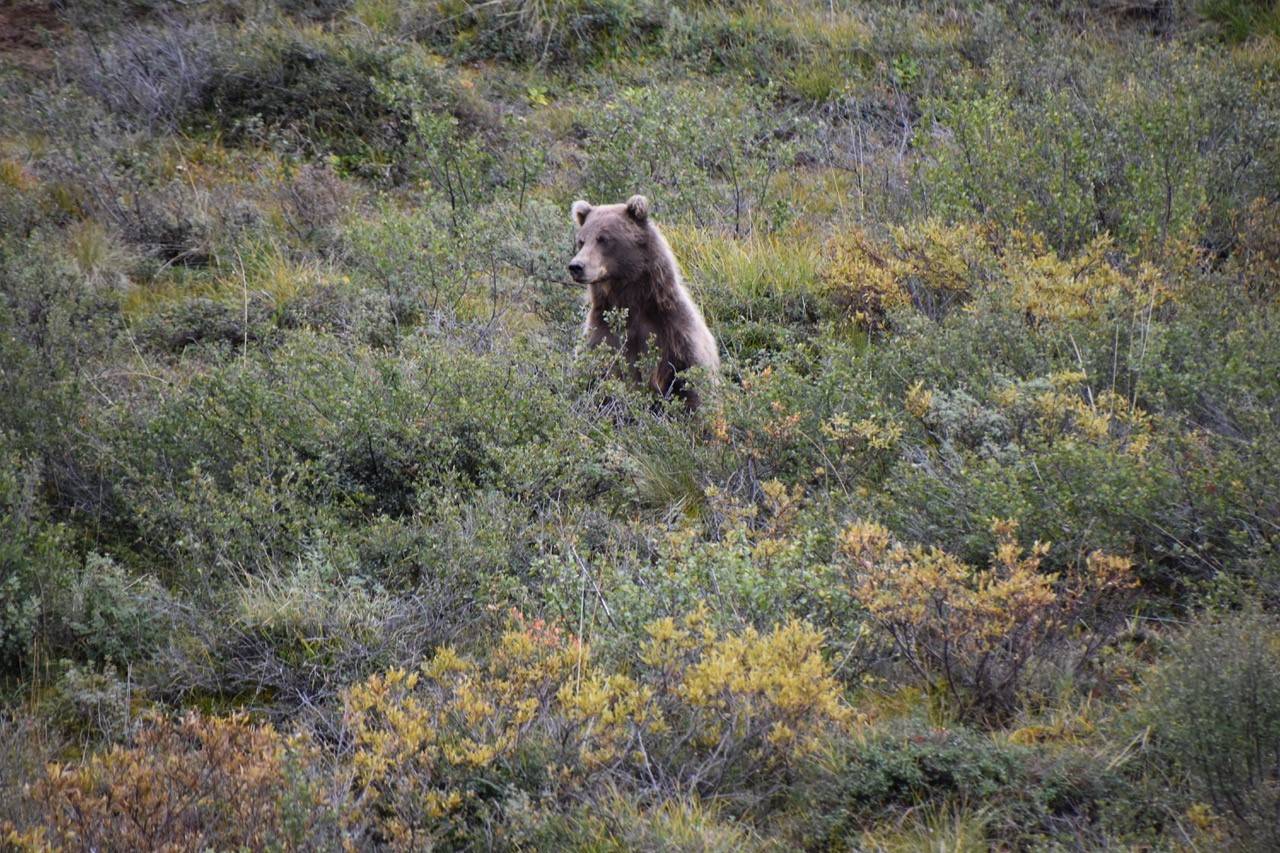 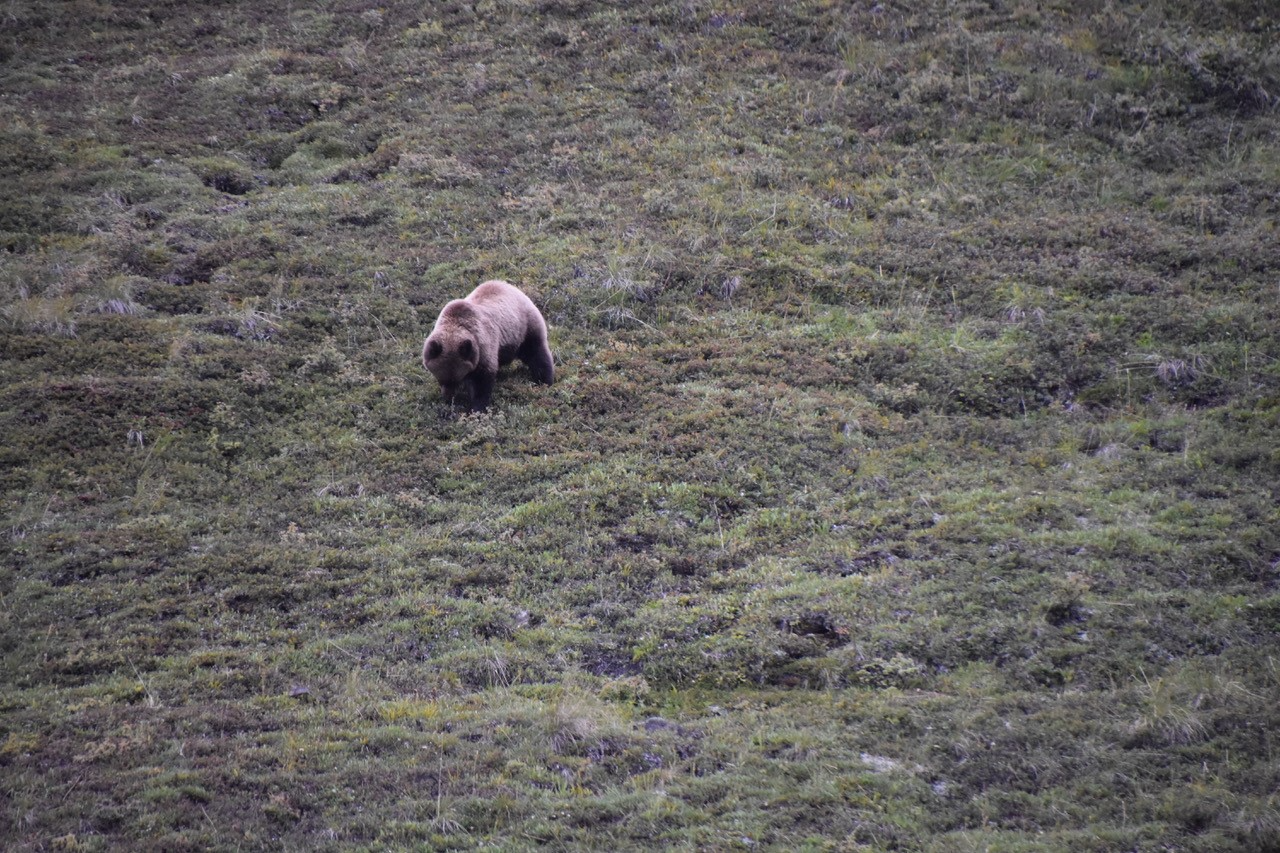 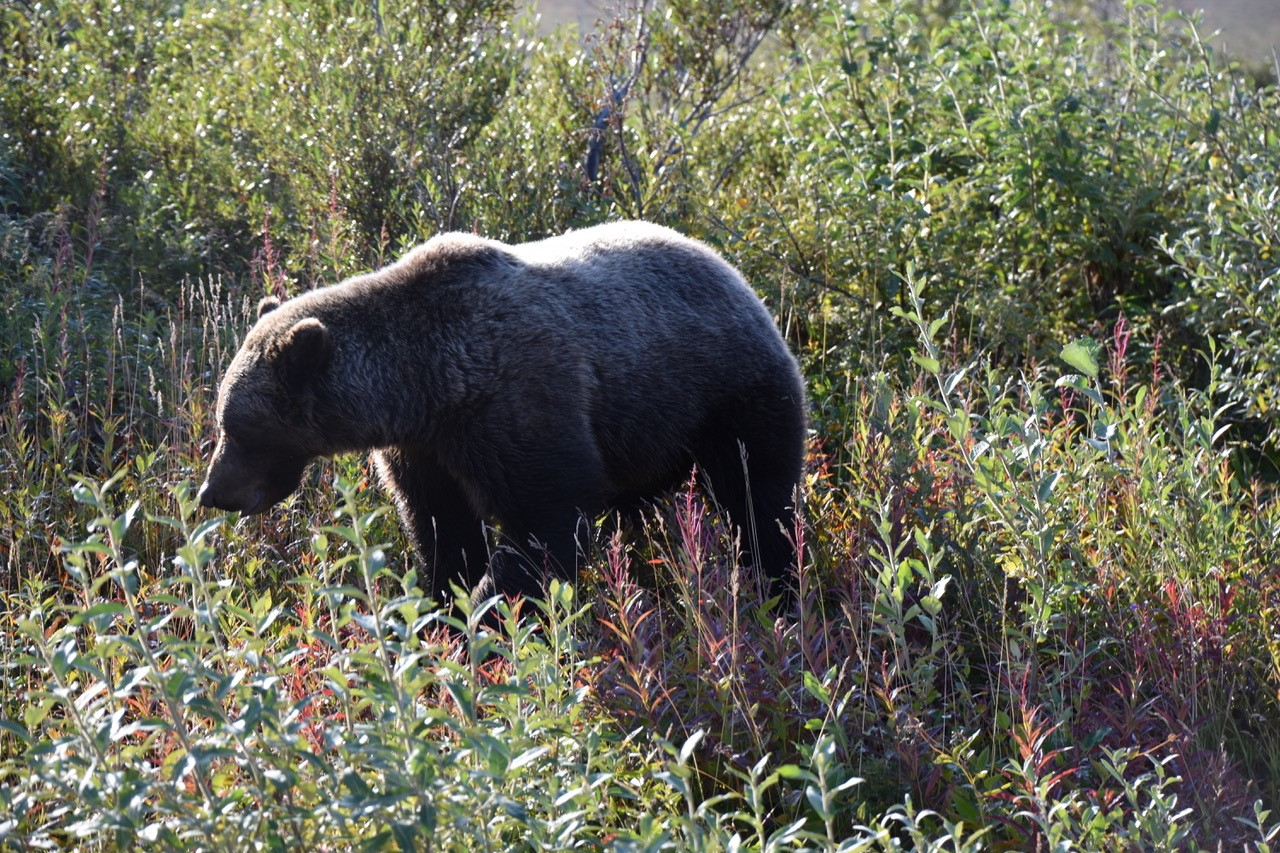 This tree has been used by a bear to rub off some of its winter fur during the spring moult (my laptop wants to spell check that to molt – apparently it’s an English/American spelling difference. Still learning them after 30+ years). 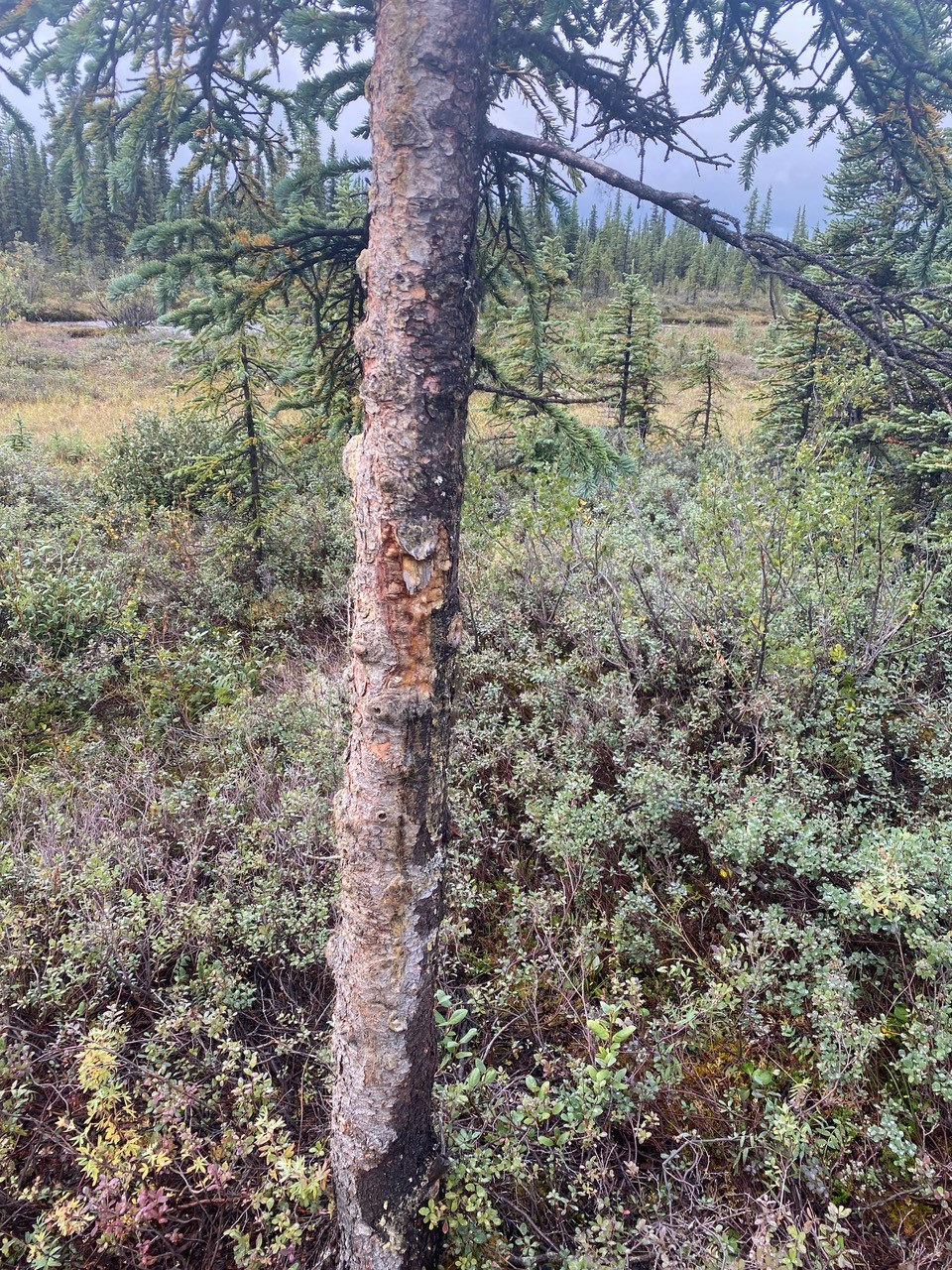 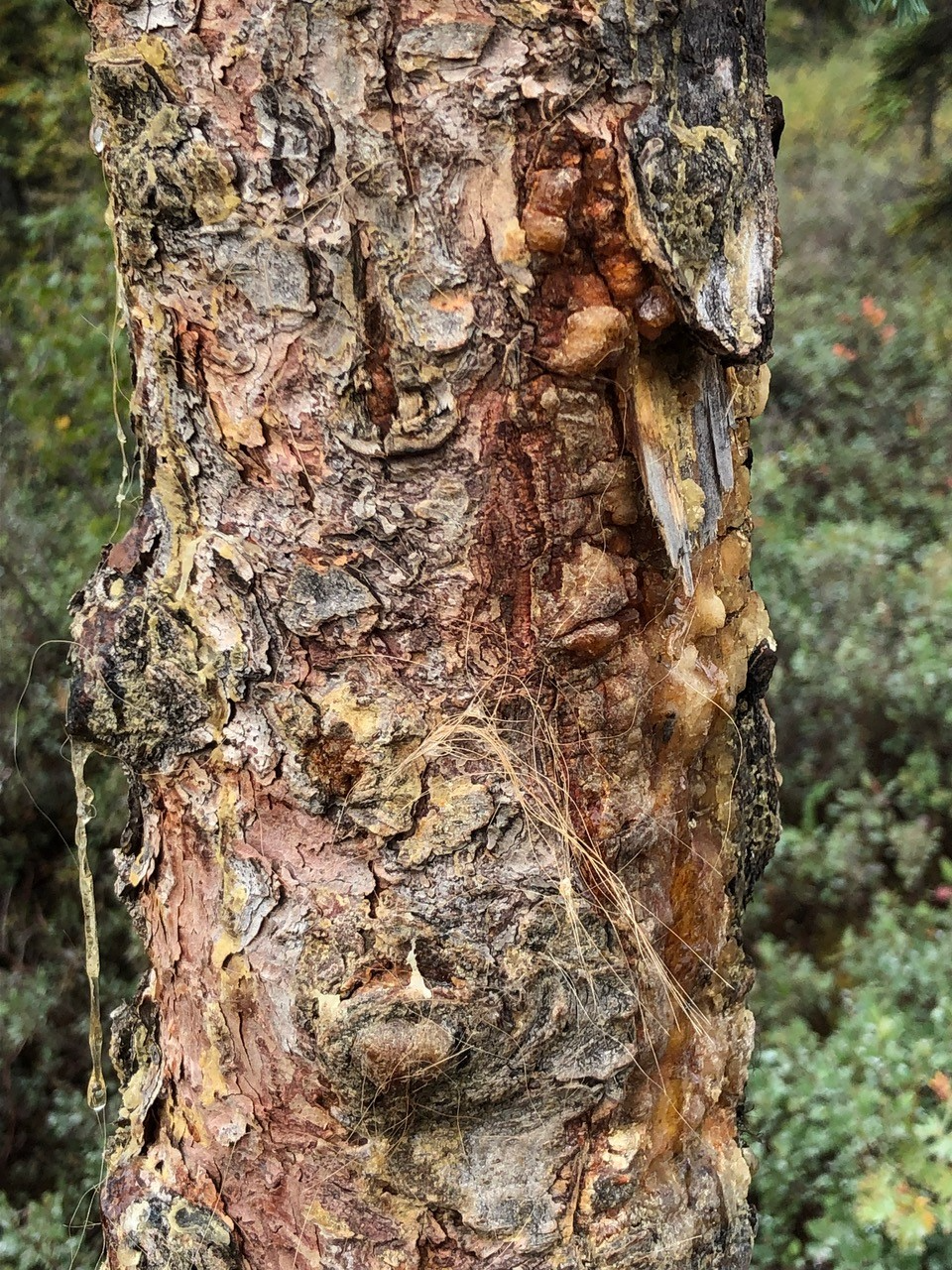 Grizzly bear poo in Denali in late summer. Note the huge number of berry seeds (grad students get to sift and count these); a bear eats around 200,000 berries per day here to fatten up for winter. The rivers in the park are all glacier-fed and contain too much glacial silt for fish to survive. As a result the bears in central Alaska are smaller than their salmon fed coastal cousins. 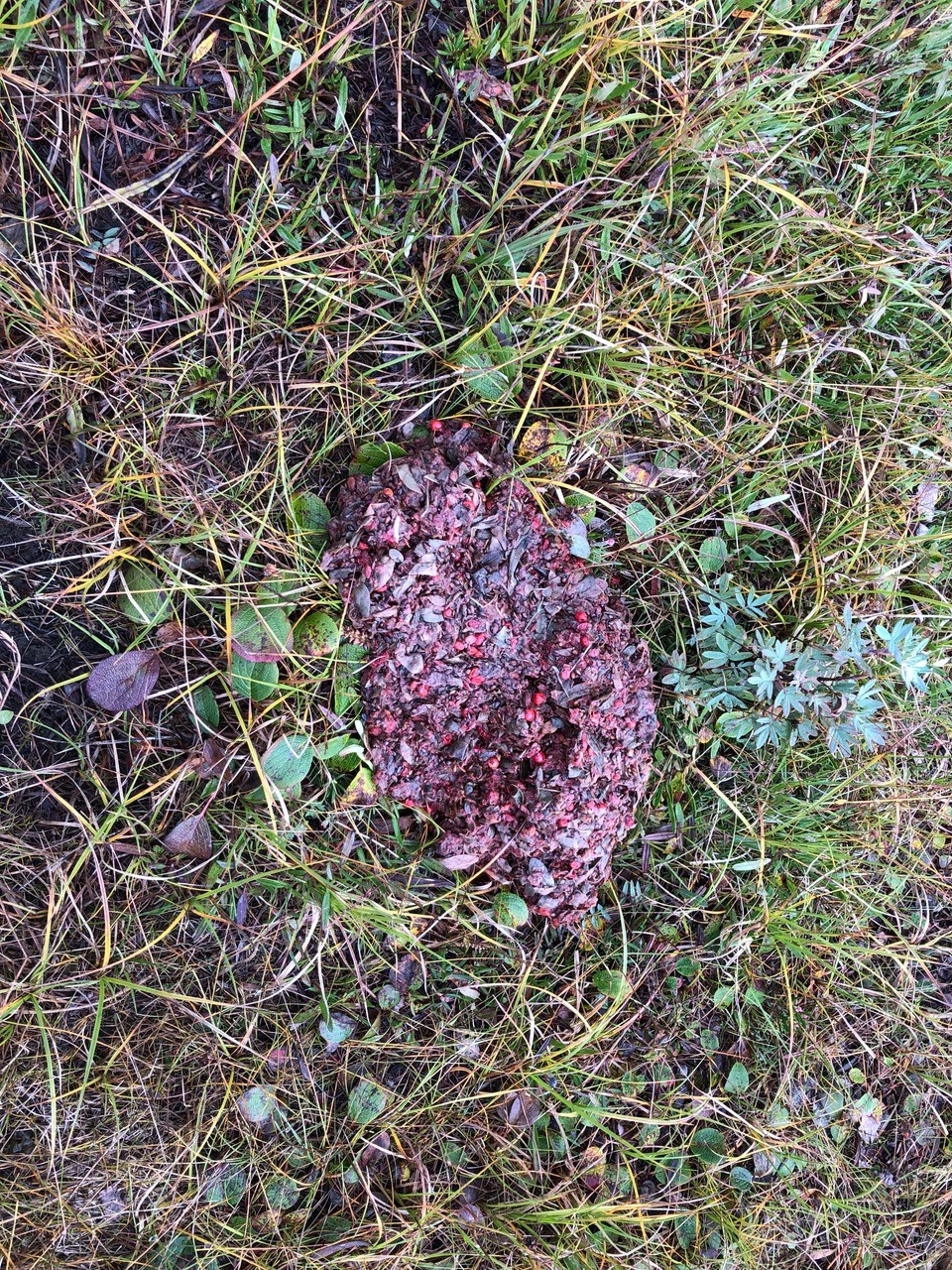