Bruce Cochrane introduces us to the sights in some little known New York museums. His narrative is indented, and you can click on the photos to enlarge them.

Continuing on with sights worth visiting in the Finger Lakes region, there are three museums that are well worth a visit.

The Corning Museum of Glass is the home to a world-renowned collection of glass and glass art, dating back about 3500 years.  These are a few pieces with animal themes.

The Blaschka Collection of Glass Invertebrates Includes some of my favorite pieces, including the cephalopod below (ID help appreciated).  Other collections of Leopold Blaschka’s work can be found at Cornell and Harvard. 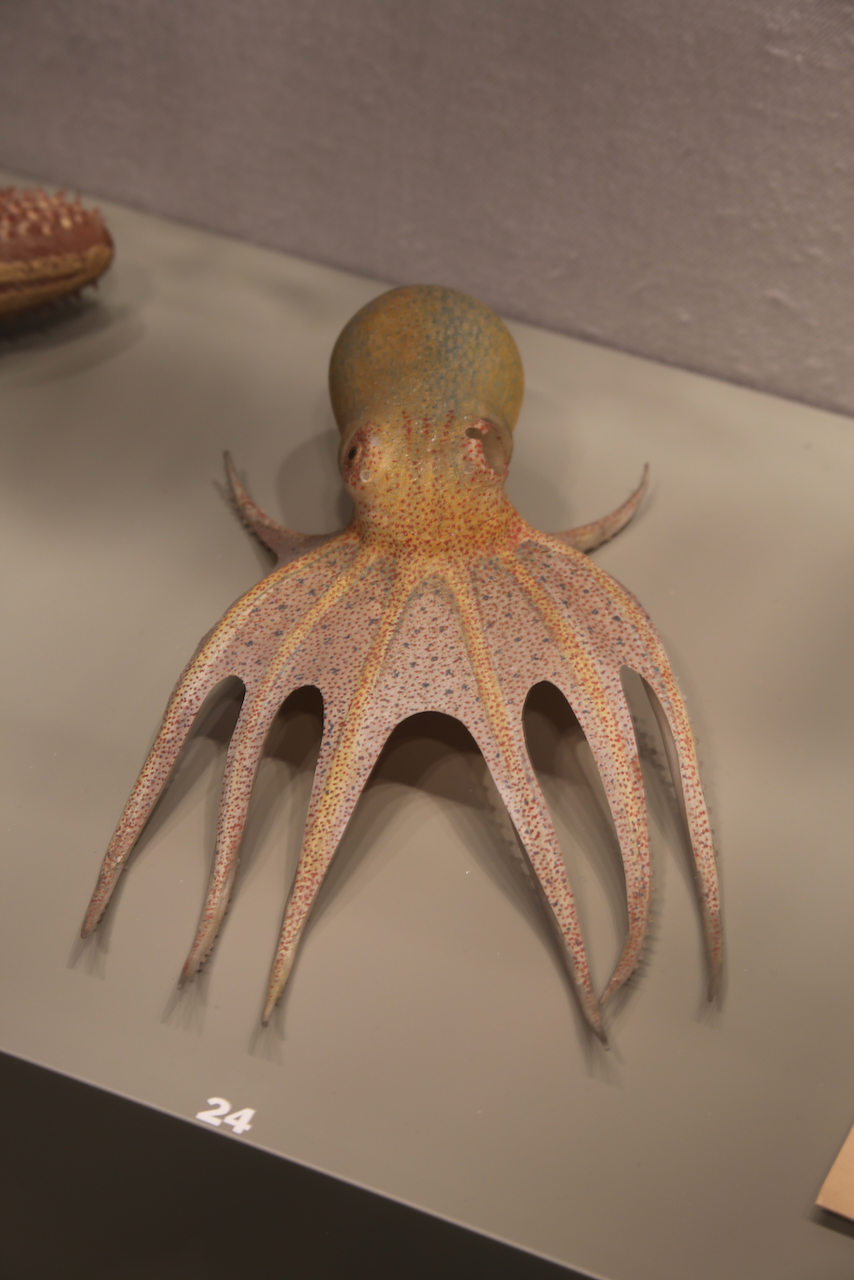 Other pieces from the collection:

A crystal canid, exhibited in the spectacular new Contemporary Art and design wing, completed in 2015. The outer walls are made of translucent glass, so the light balance on the interior is excellent for photography. 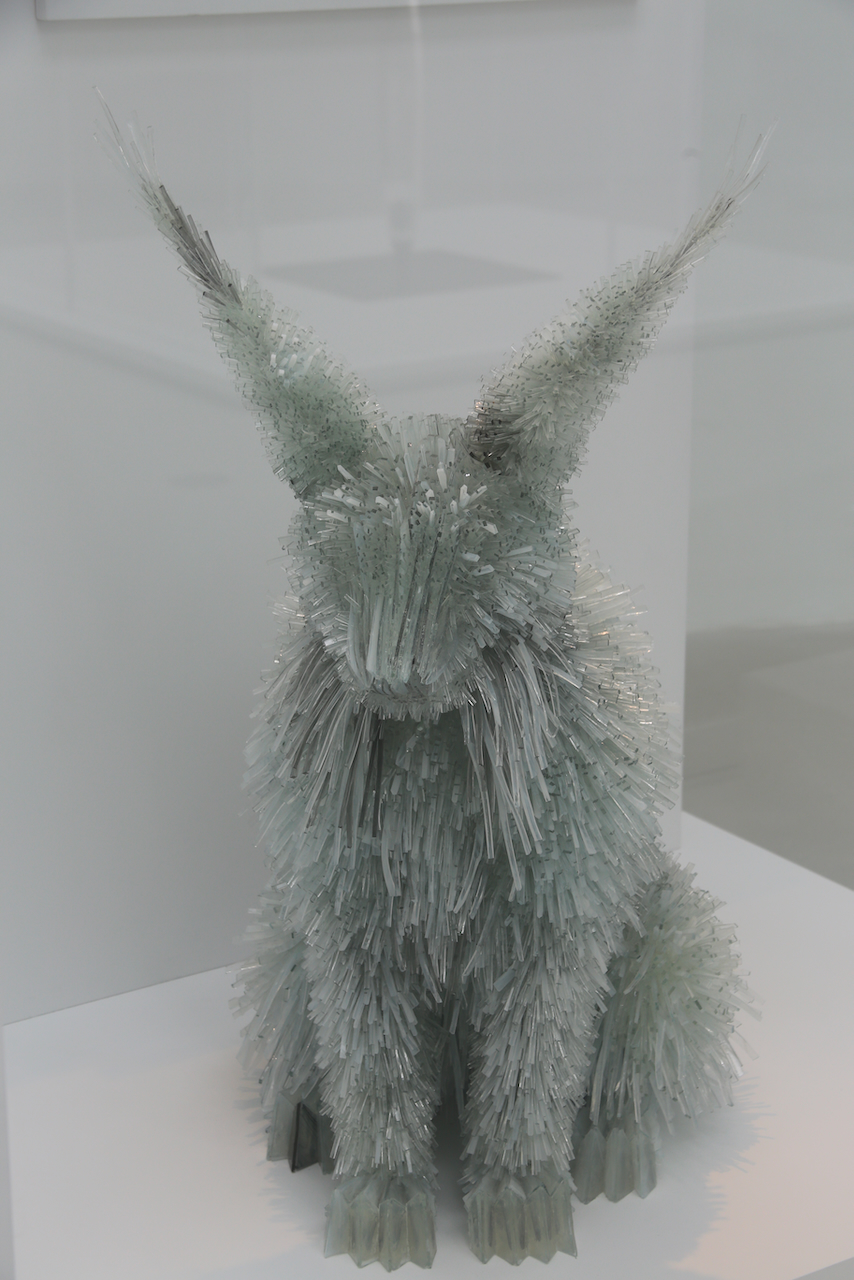 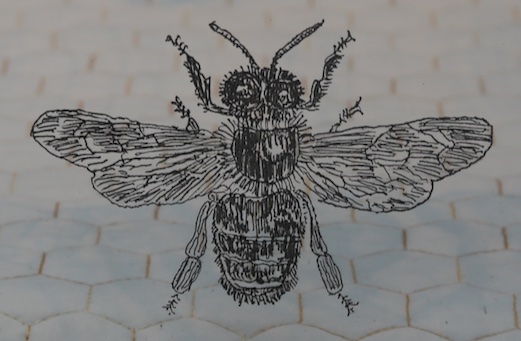 Next stop is the Museum of the Earth near Ithaca.  I have a personal connection to it – its director is Warren Allmon, a Ph. D. student of Steven Jay Gould and a former colleague and friend of mine at the University of South Florida.  In about 1992, The Paleontological Research Institute, the home of the collection of a retired Cornell geologist, lured Warren away from USF to try to make something of this extensive collection.  The result was the Museum, which opened in 2003.  It is a great place to travel through geological time, starting with the Cambrian and proceeding to the present. The exhibit rooms are separated based on mass extinction events.

The entryway is a ramp showing off paintings by Barbara Page depicting geological history. My wife and I purchased the naming rights to these two panels, depicting the fish Dapidium politum and its prey,  the ammonite  Psilocerus planorbus.  These are from ~200 million years ago, around the Jurassic/Triassic boundary. 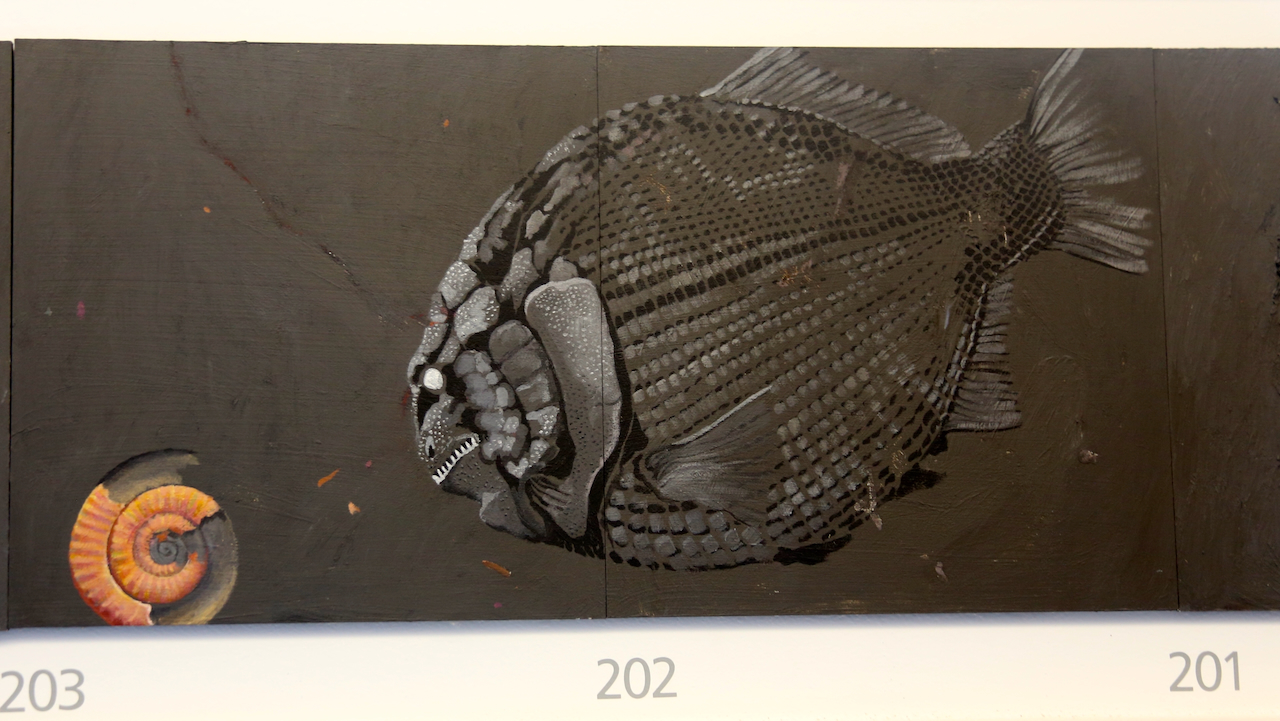 A signature of the museum is the “Hyde Park Mastodon” (Mammut americanum), which was discovered when a pond in Hyde Park NY was dredged. Ever the opportunist, Warren assembled a group to work on excavating it, and over the summer and fall of 2000, they excavated what turned out to be one of the most complete mastodon skeletons ever unearthed. 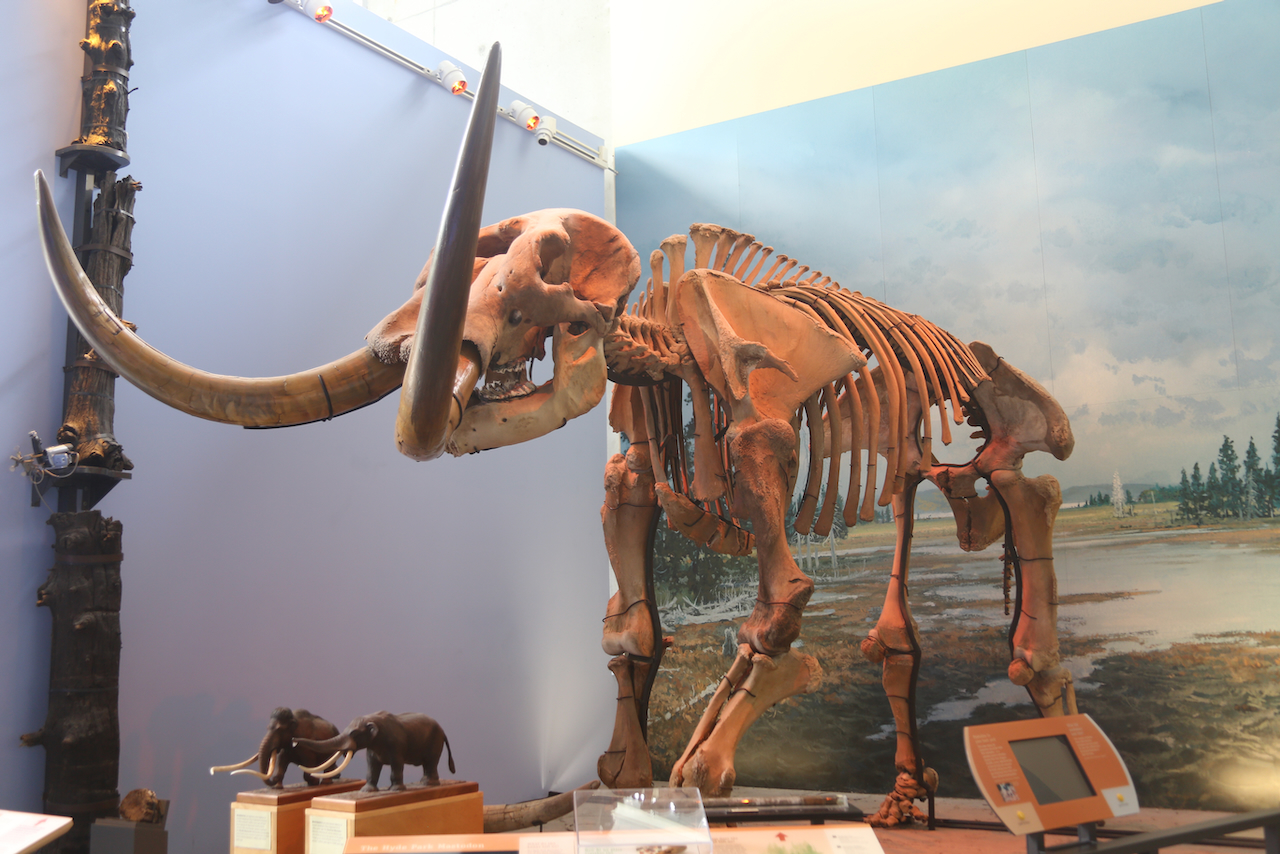 Finally, another opportunity arose when the Museum of Natural History underwent major renovations and had to relocate Steggy the Stegosaurus, a paper mache model dating back to the St. Louis World’s fair in 1904.  It was shipped to the Museum in three pieces, where it was reassembled to become part of a permanent display.

Dr. Allmon and I watching the assembly go forward 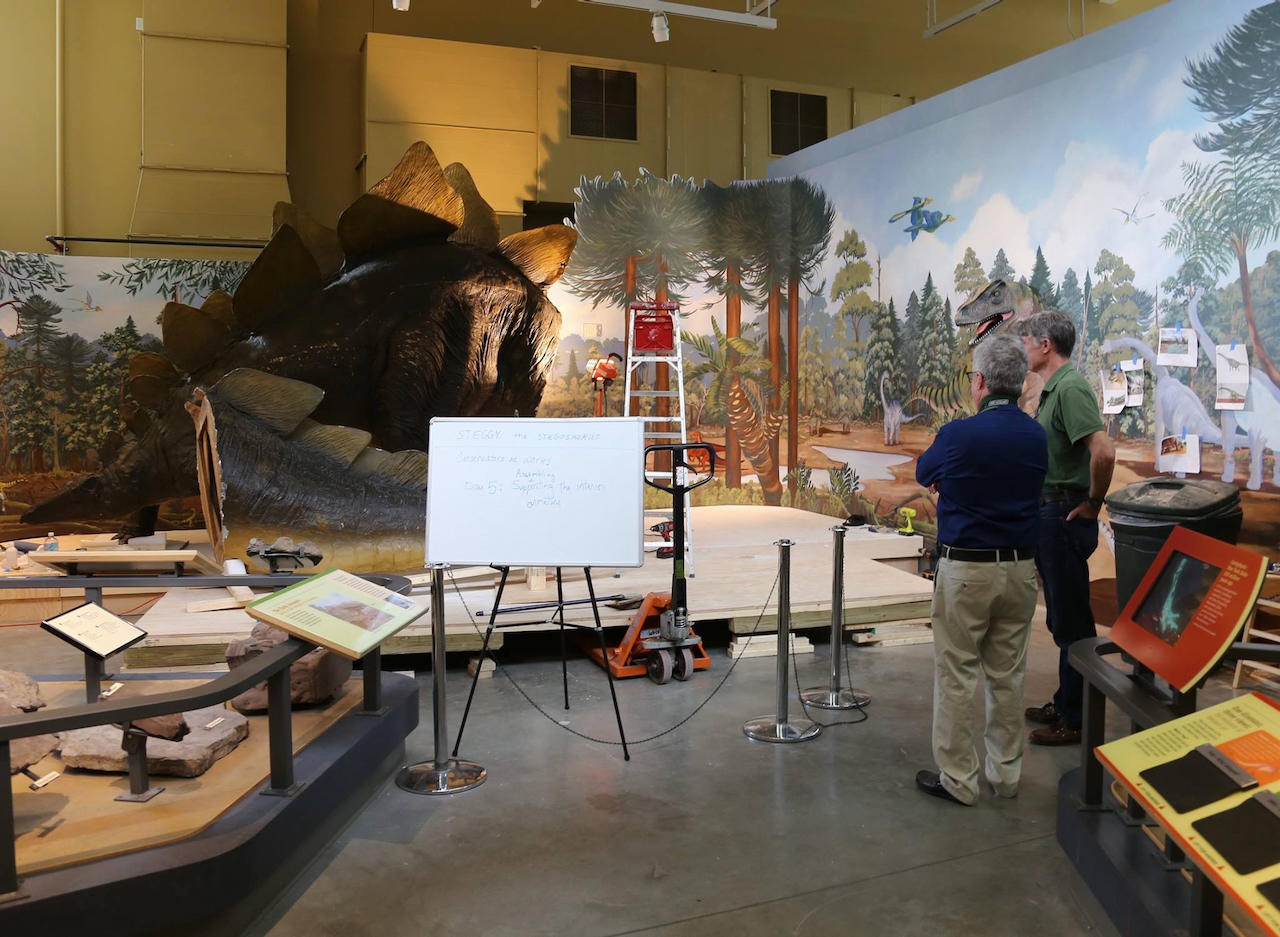 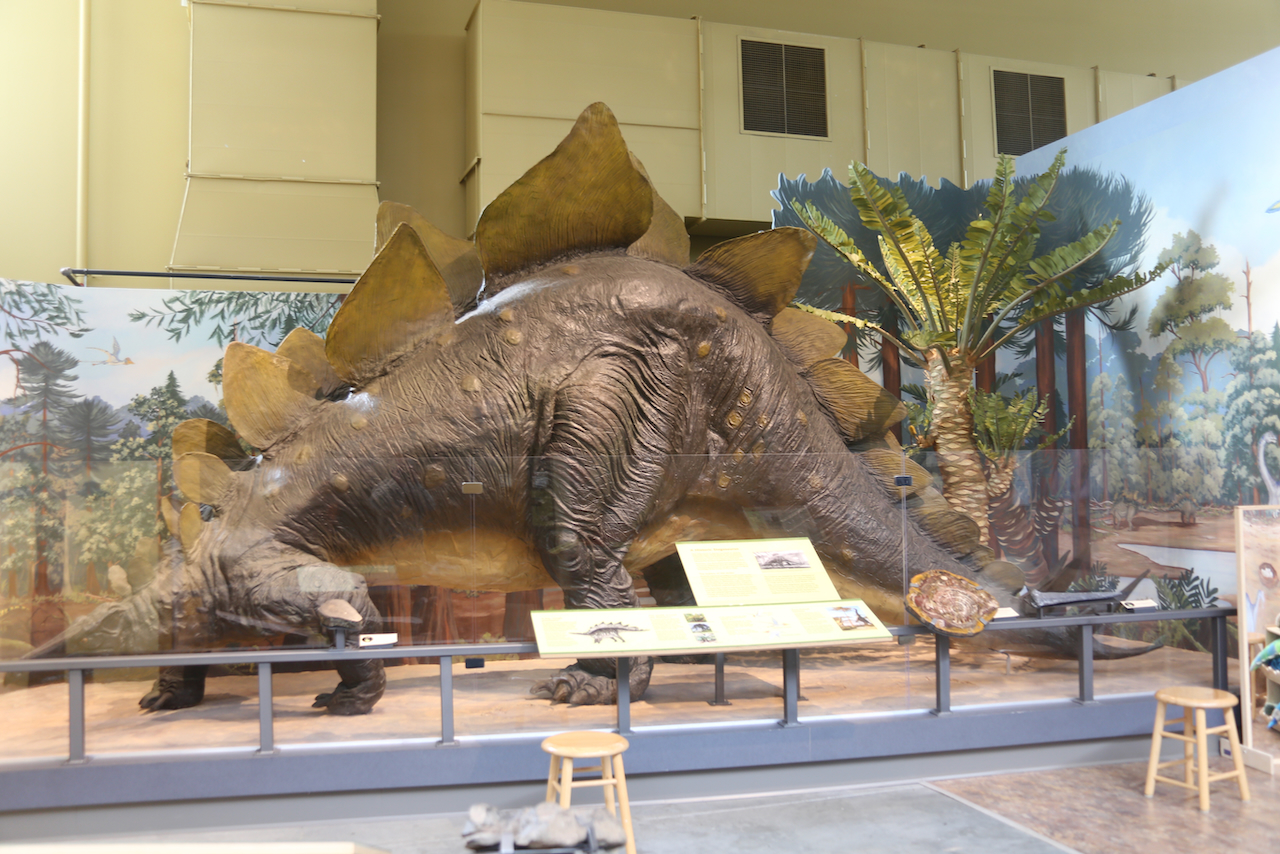 Last but not least (at least for the WEIT audience) is the Robert G, Ingersoll Museum in Dresden NY.  It is the birthplace of Ingersoll, and includes a lot of Ingersoll-related history and culture, including two Edison recordings of his original orations.

Ingersoll birthplace from the outside. 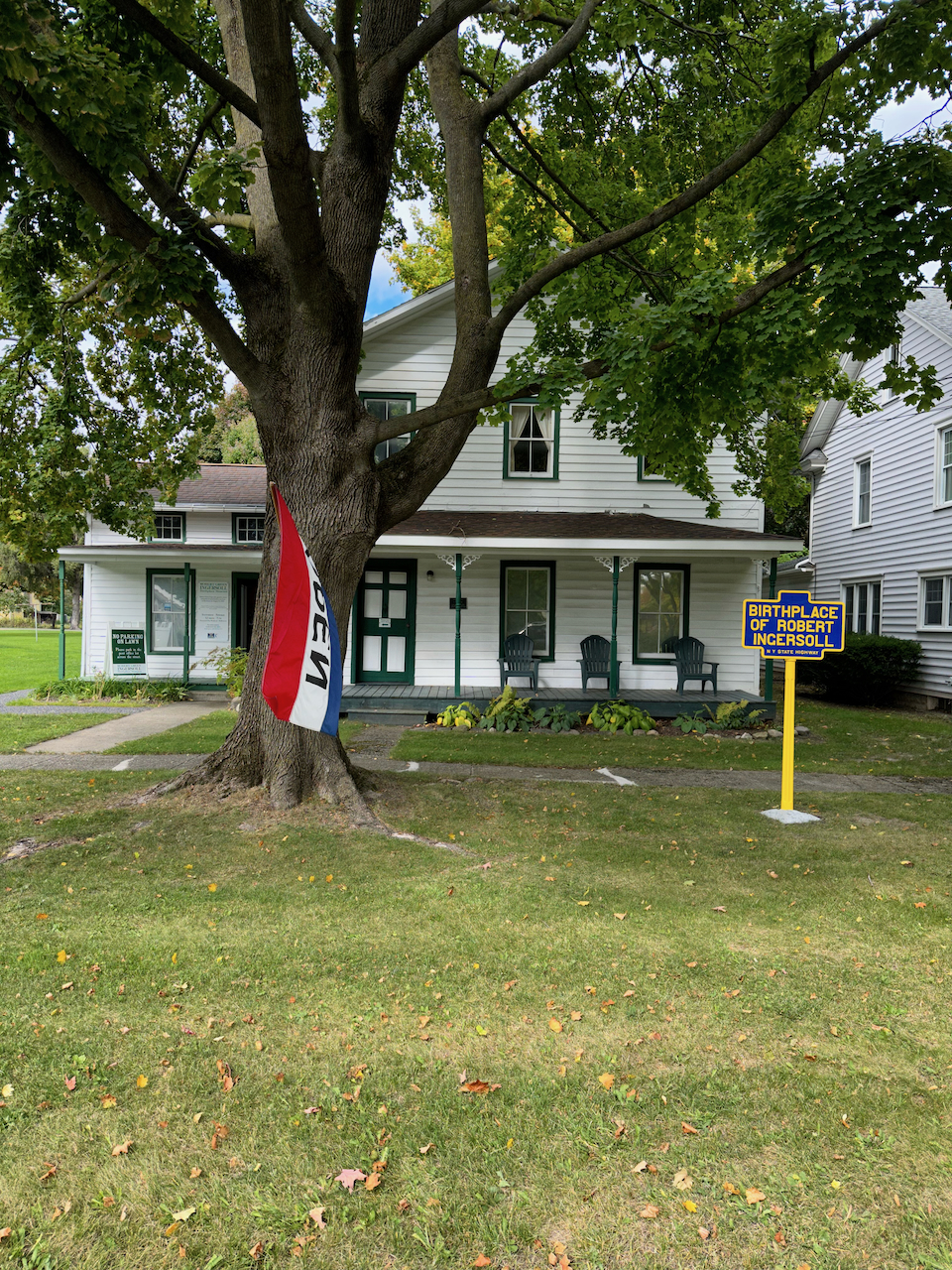 Busts of the great man: 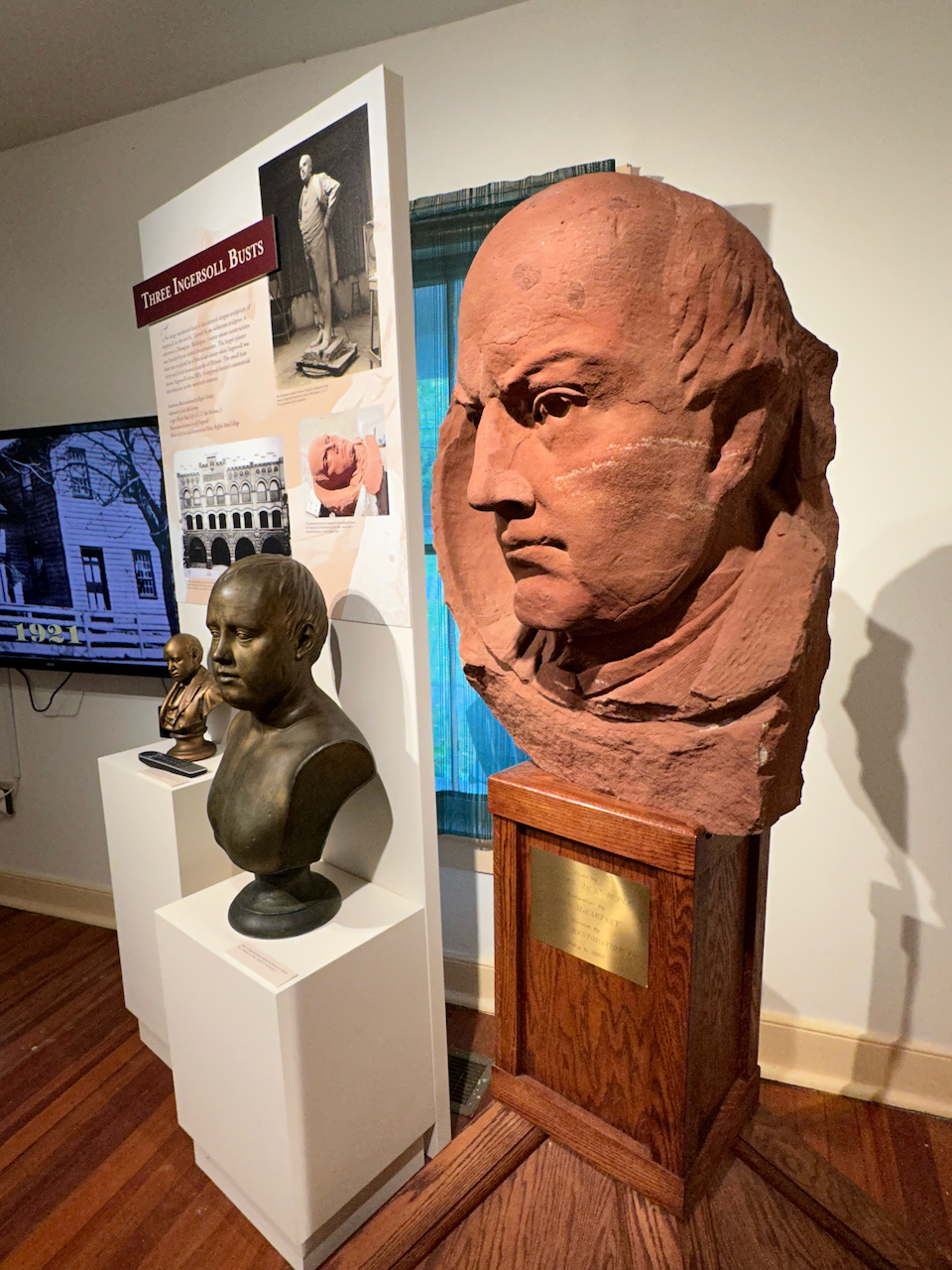 Finally, I can’t resist including some roadside displays. 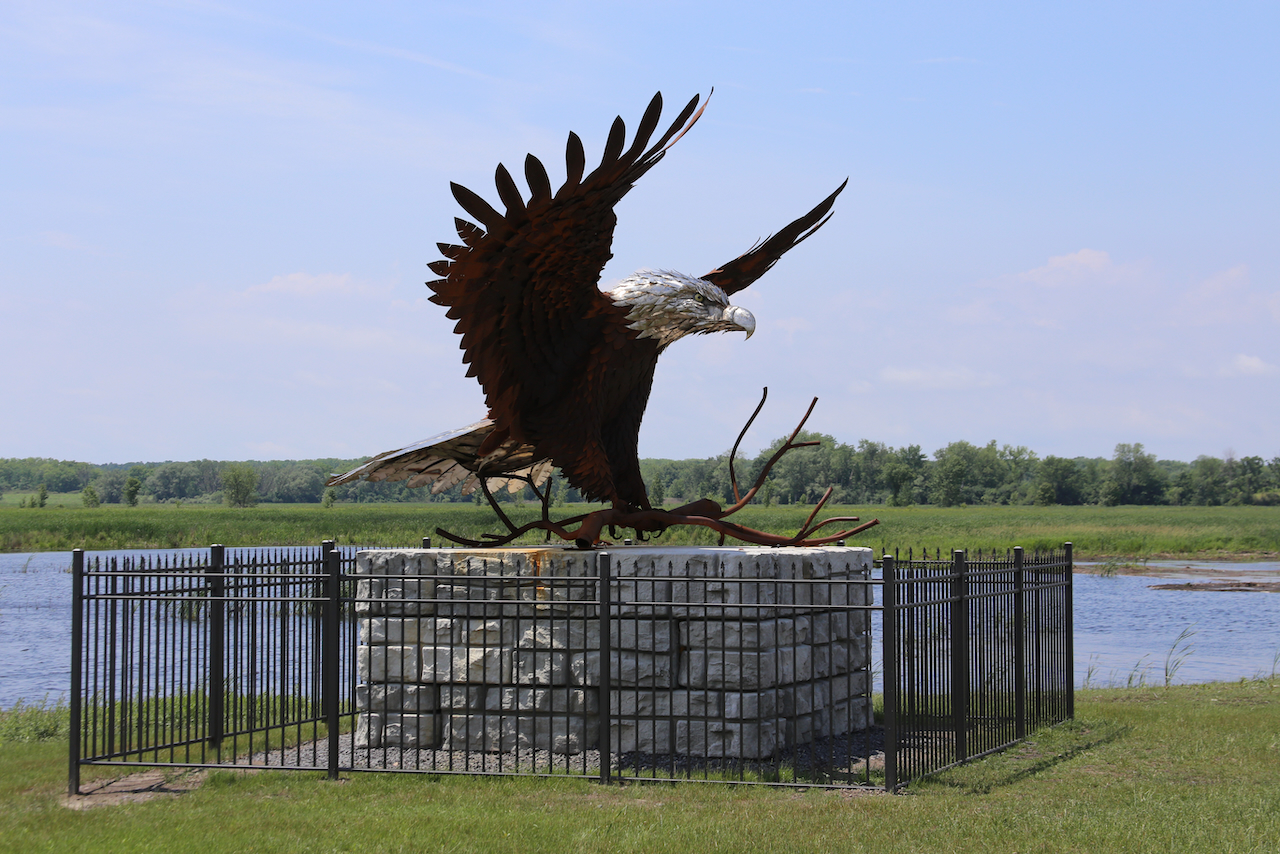 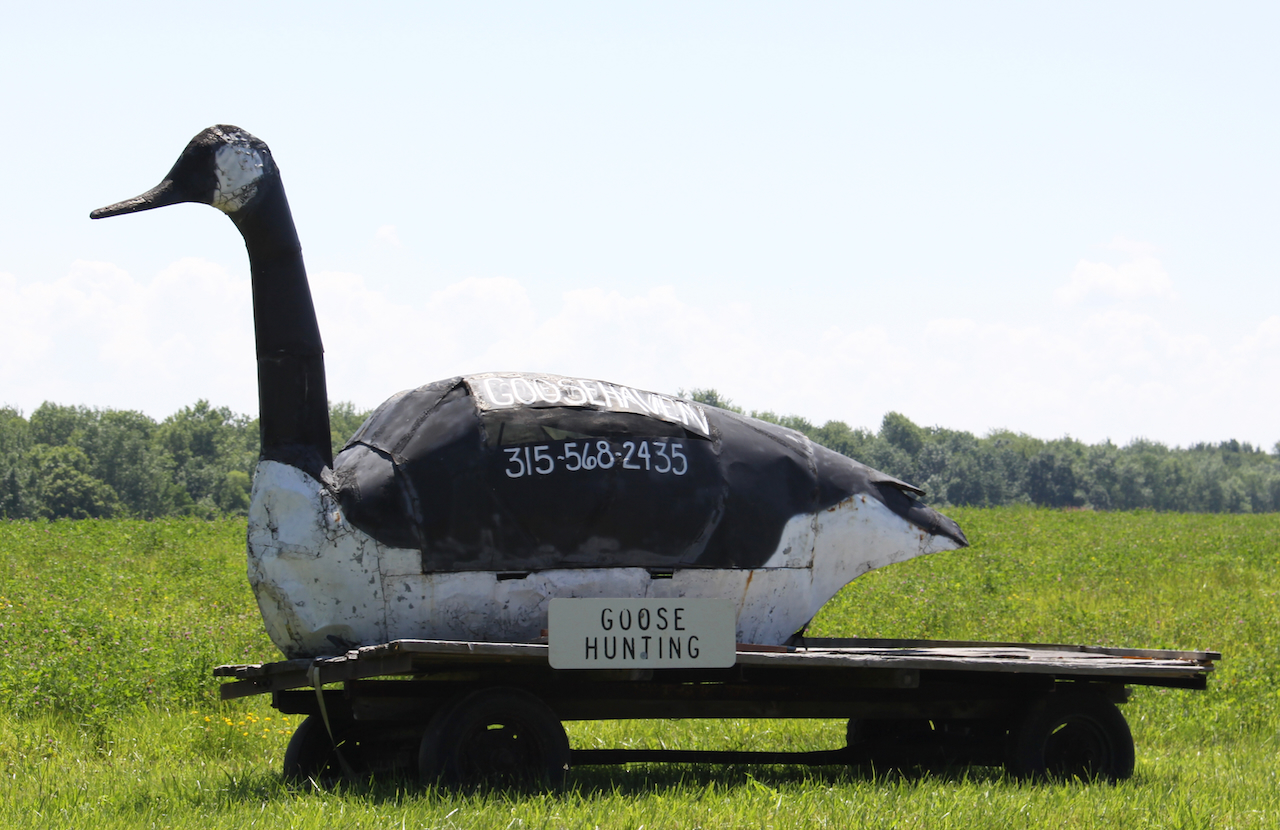