Today’s photos, taken by ecologist Susan Harrison, pay homage to the pictures of another contributor, Doug Hayes.  The captions are Susan’s; click on the photos to enlarge them.

With a nod to the wonderful “Breakfast Crew” photos by Doug Hayes, here are some of the thirsty visitors to the water feature in my Davis, California backyard — henceforth known as the “Drinking Gang.”  Most of them are perching either on a blue elderberry (Sambucus mexicana) bush that arches over the stream, or on the locally-sourced rocks including sandstone, serpentine, and volcanics.

Water is great for attracting birds, and you don’t need to go crazy building a water feature like this one; a simple birdbath will work, especially if it has running water and nearby bushes for cover. 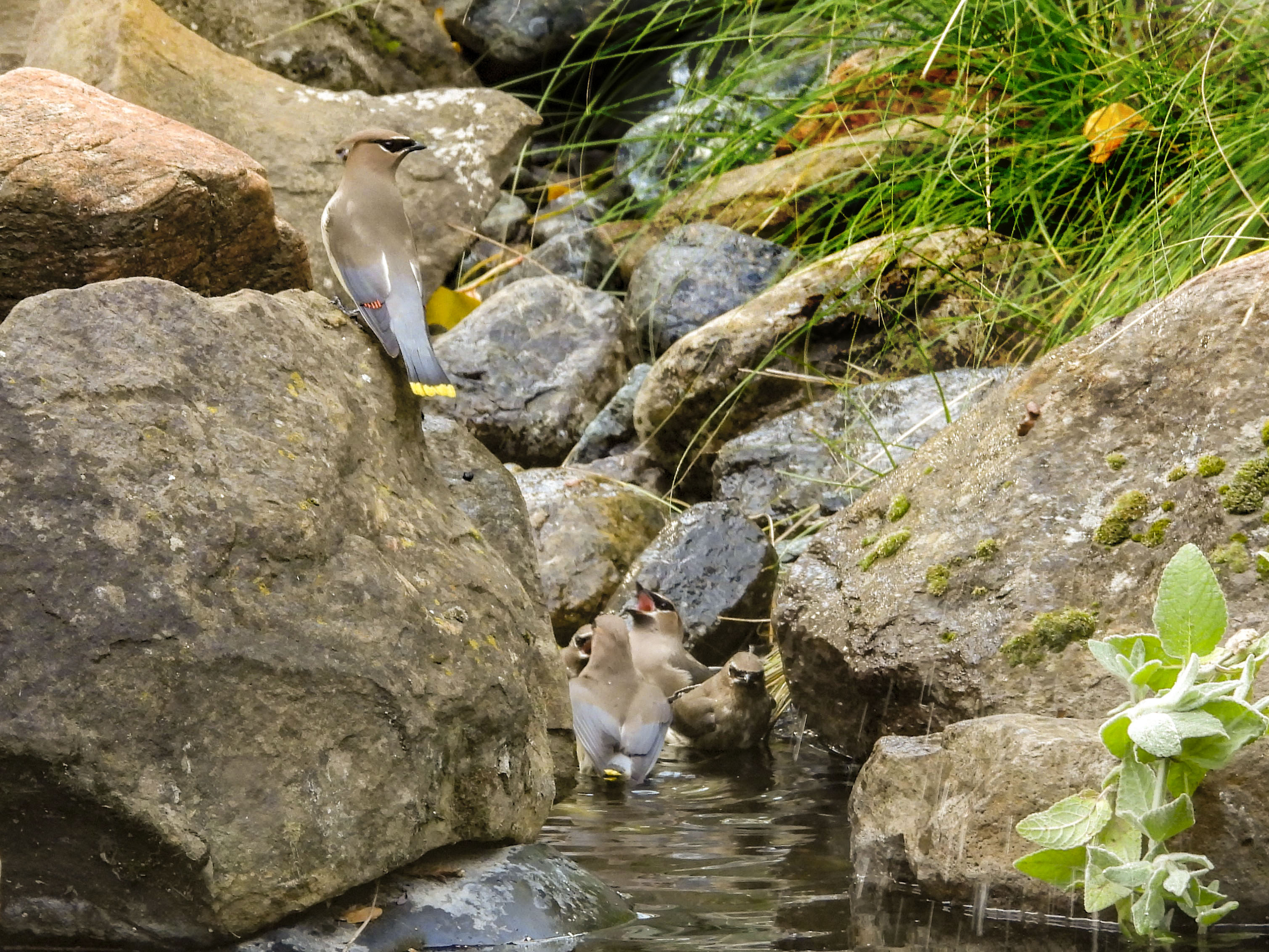 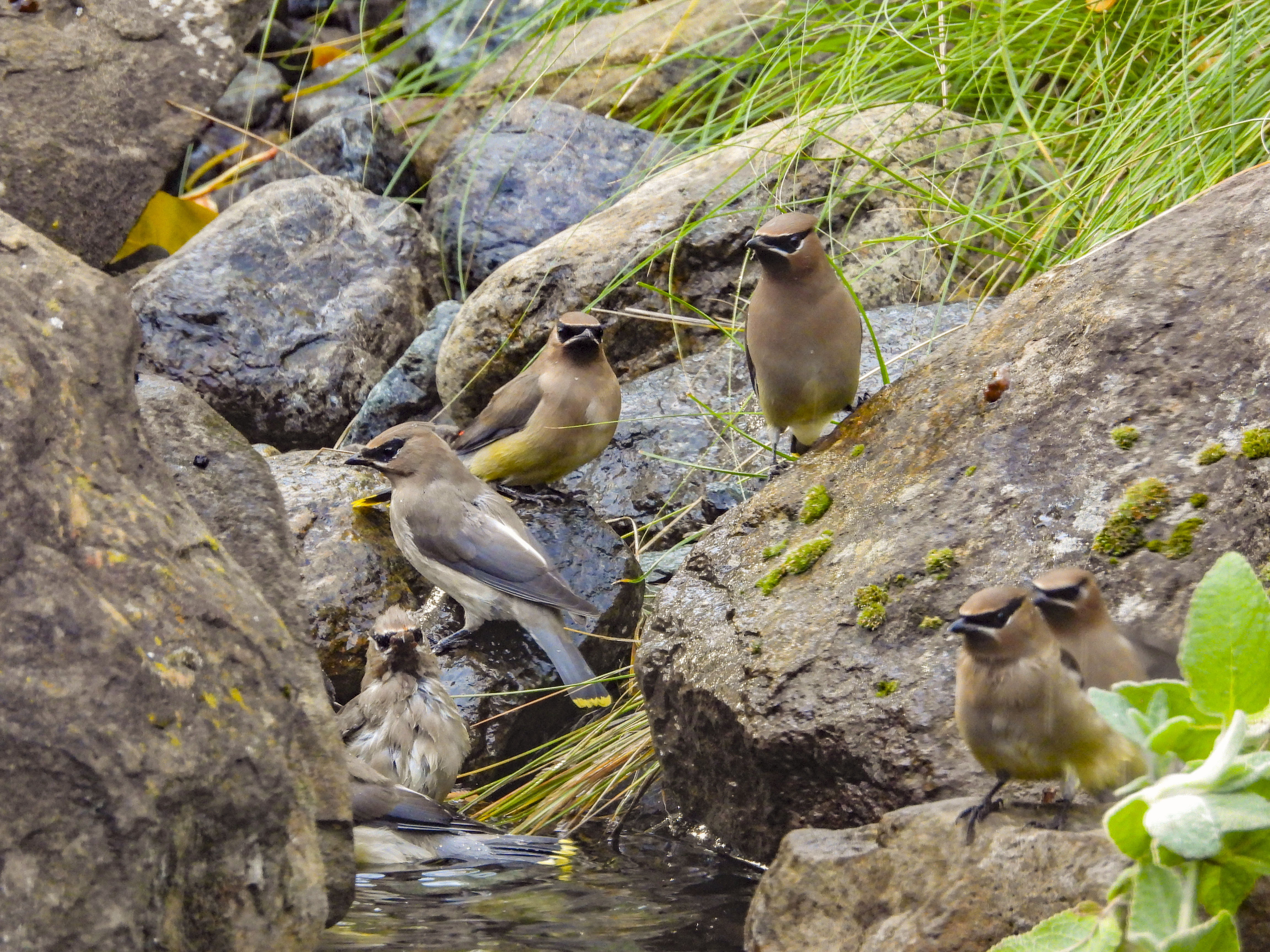 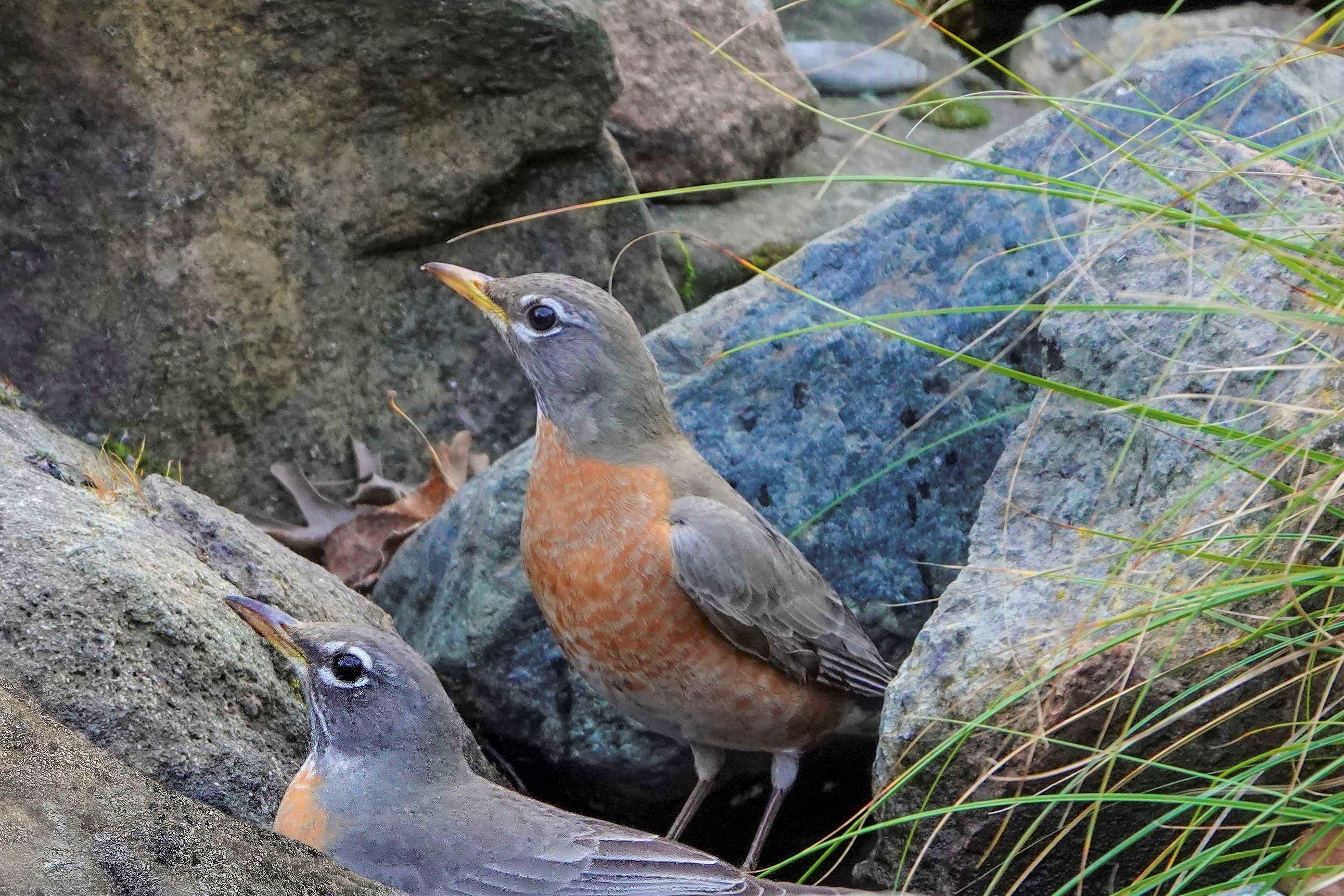 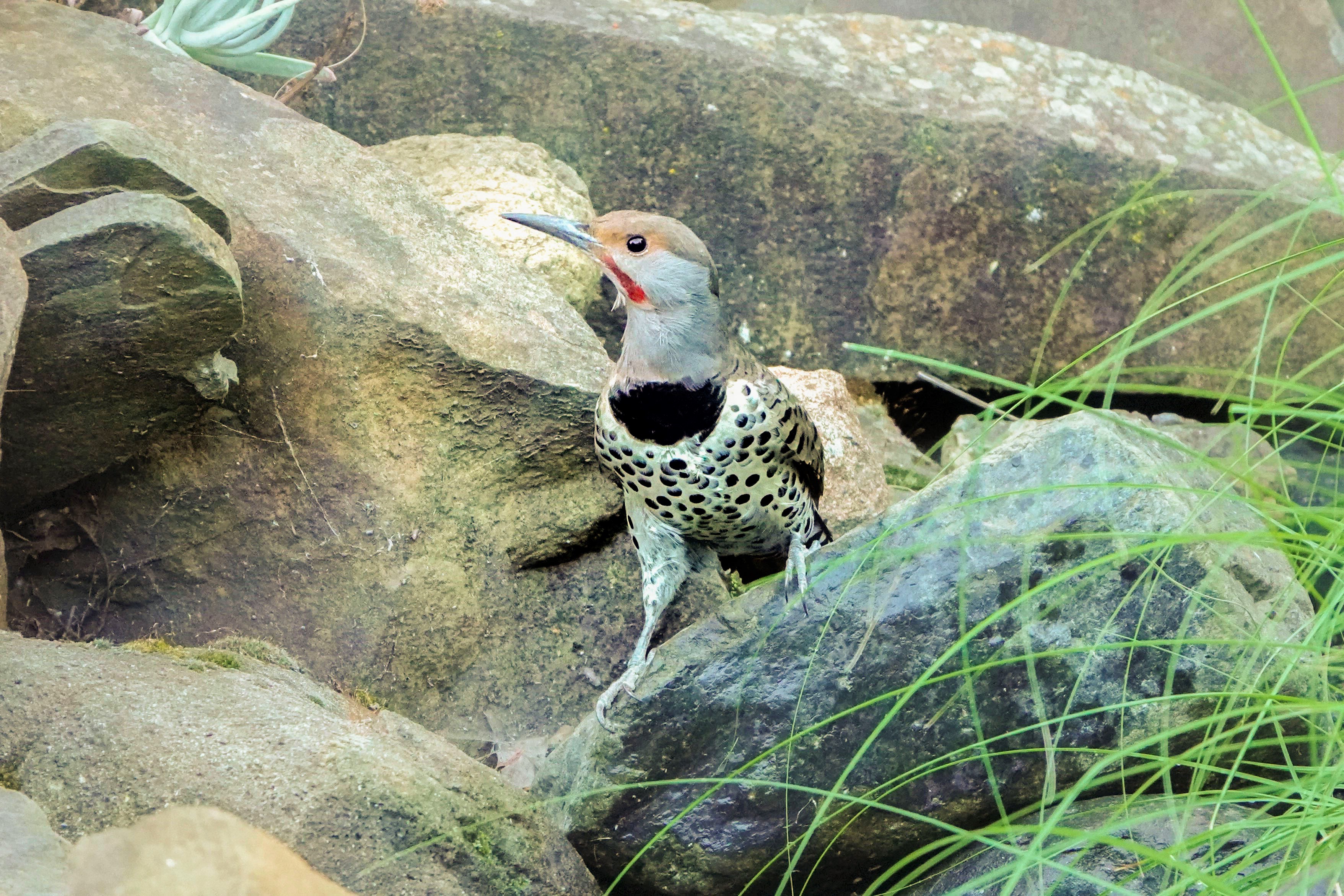 On the sandstone boulders overhanging the stream: 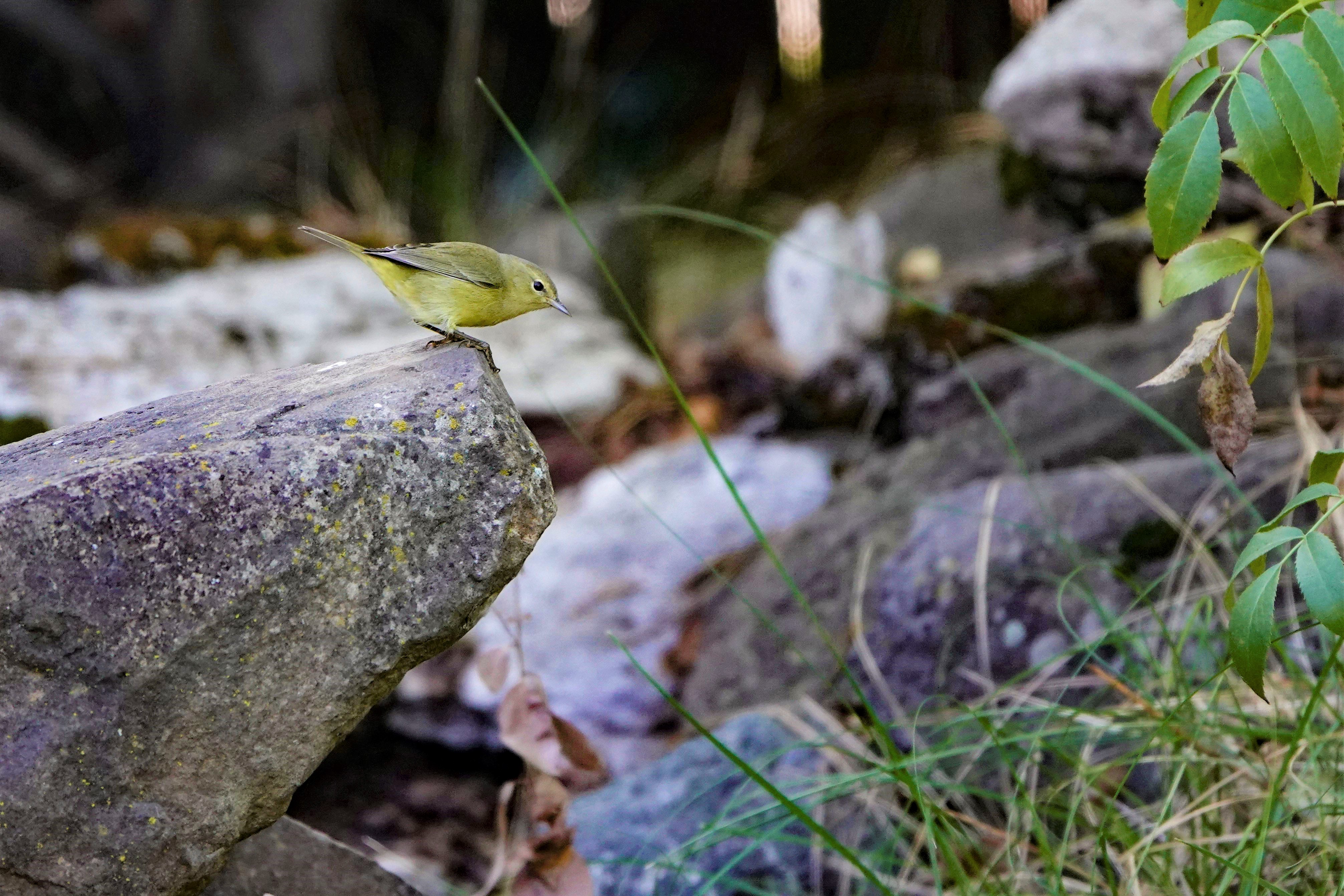 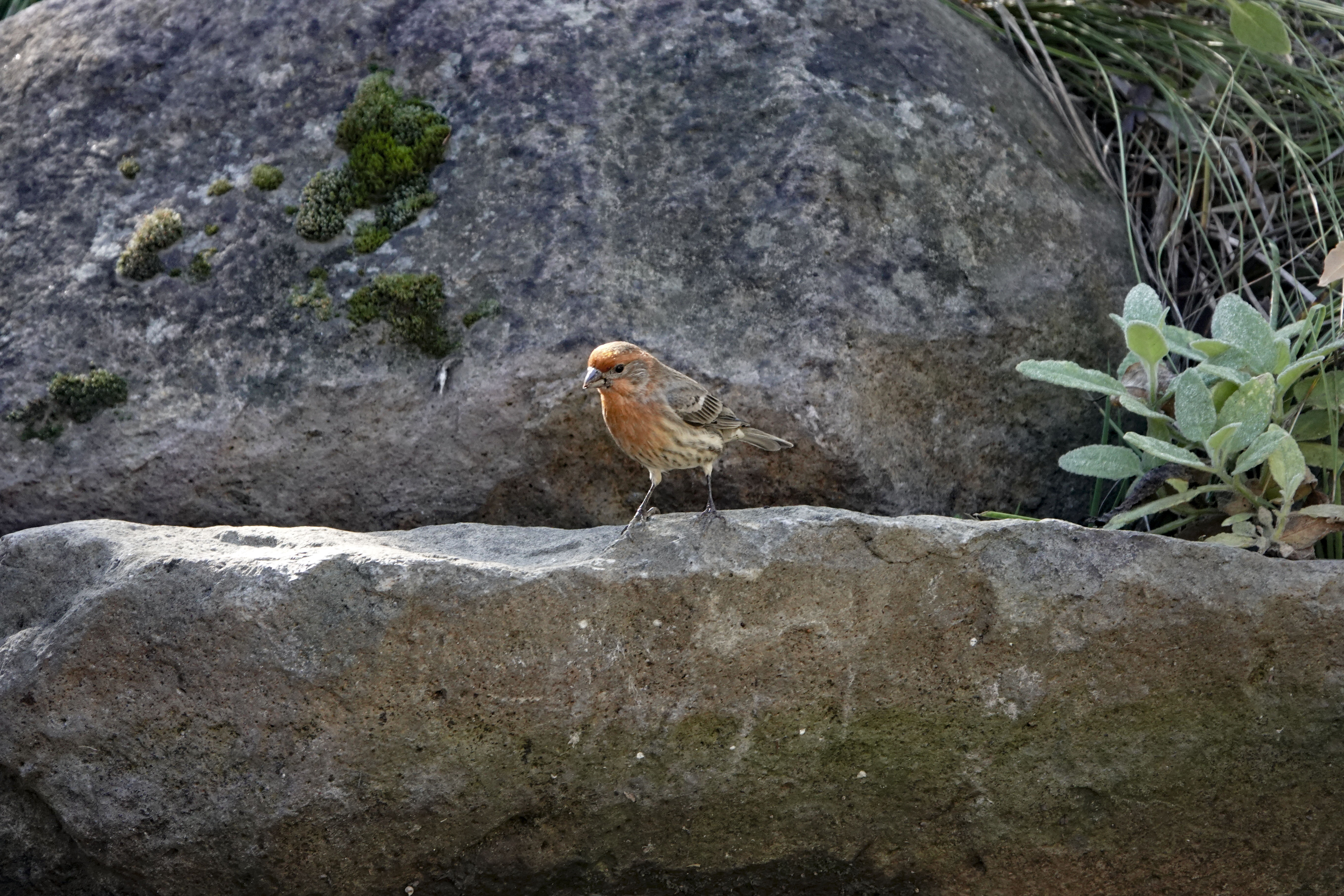 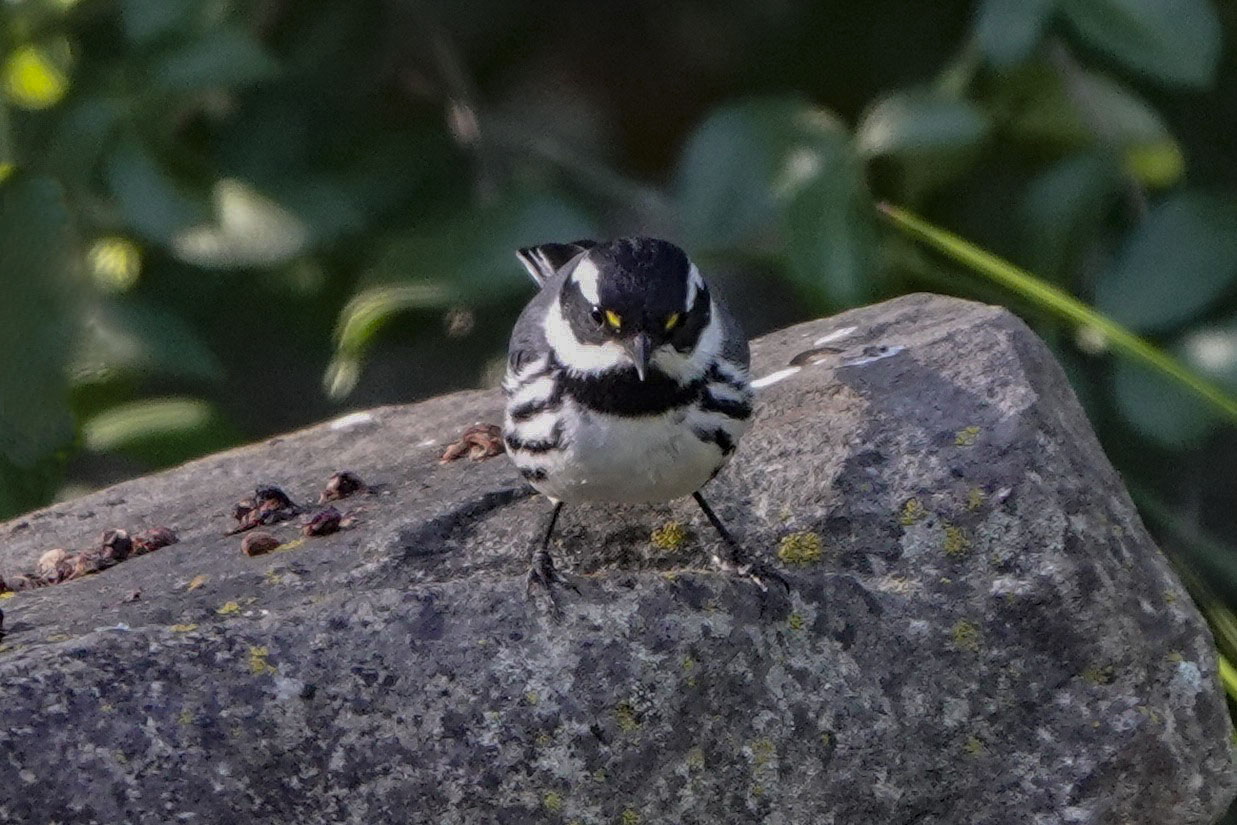 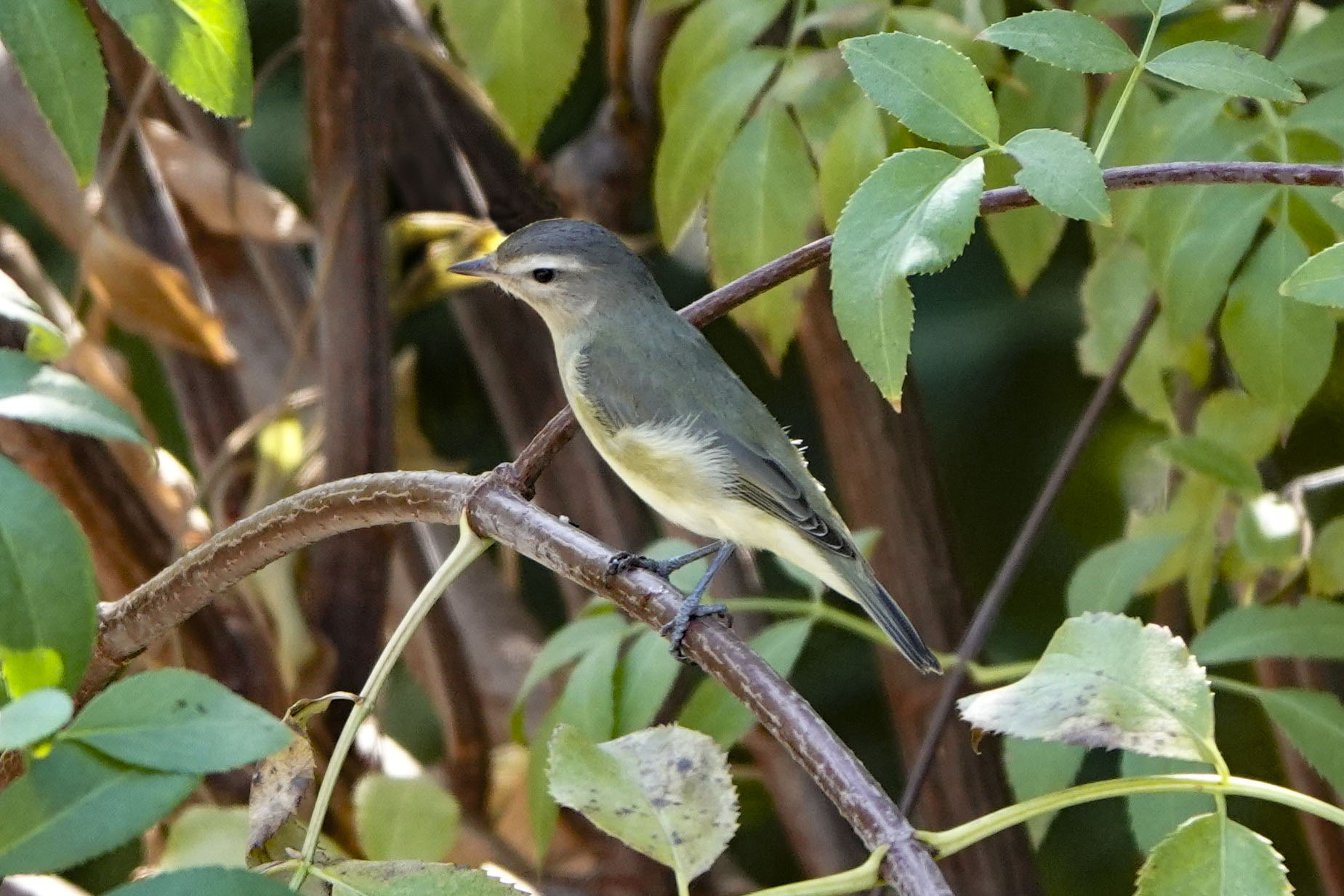 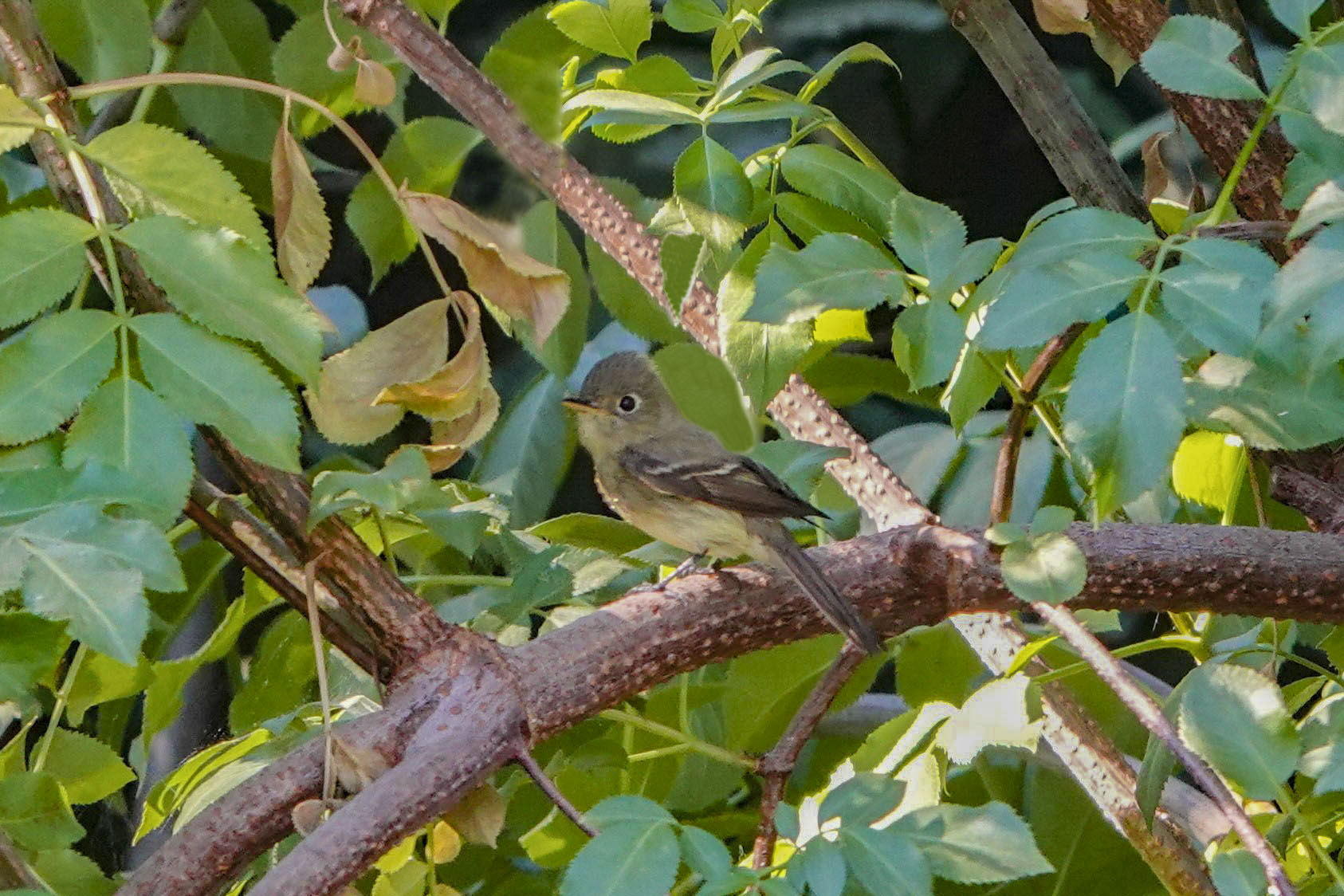 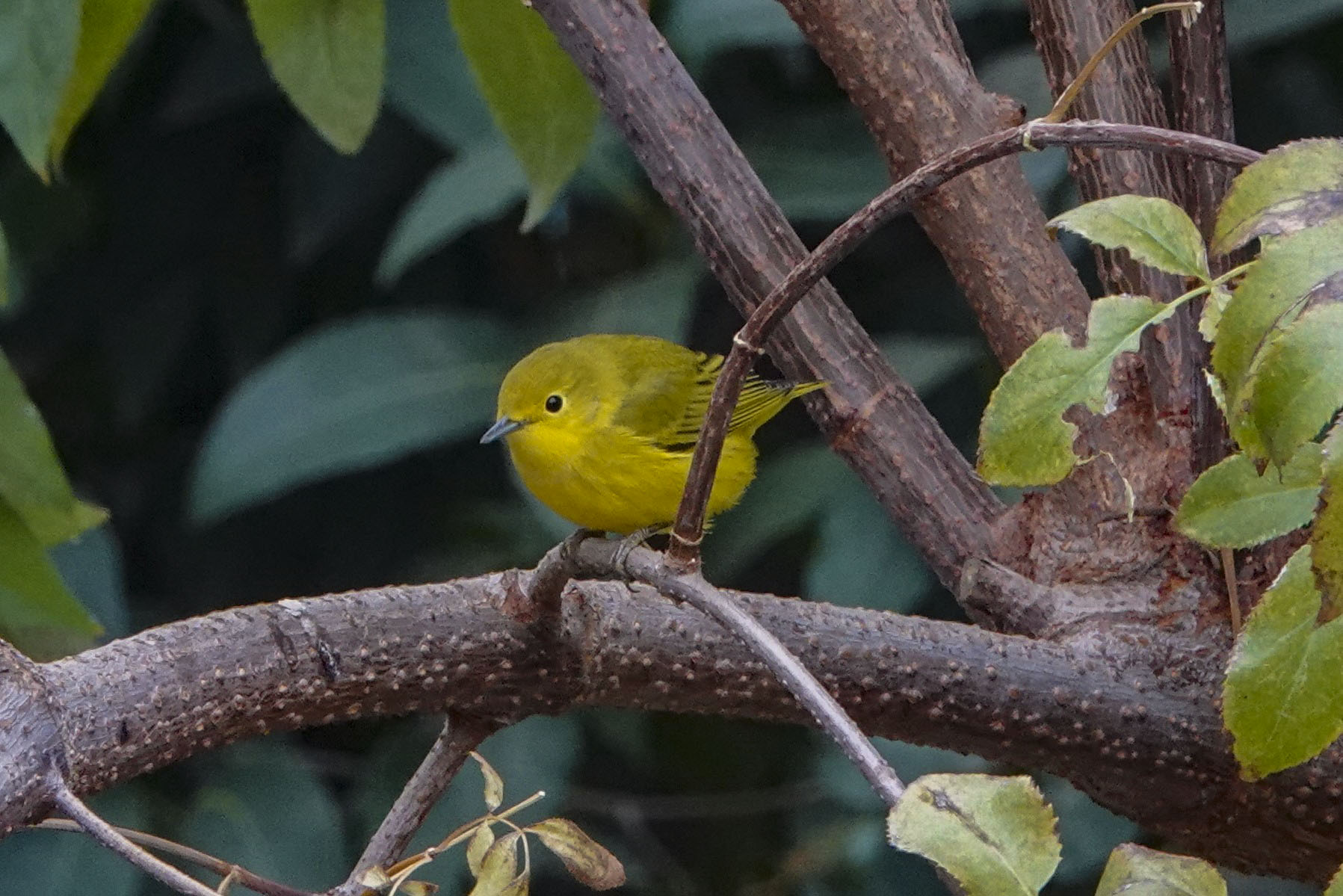 On the elderberry having a snack: 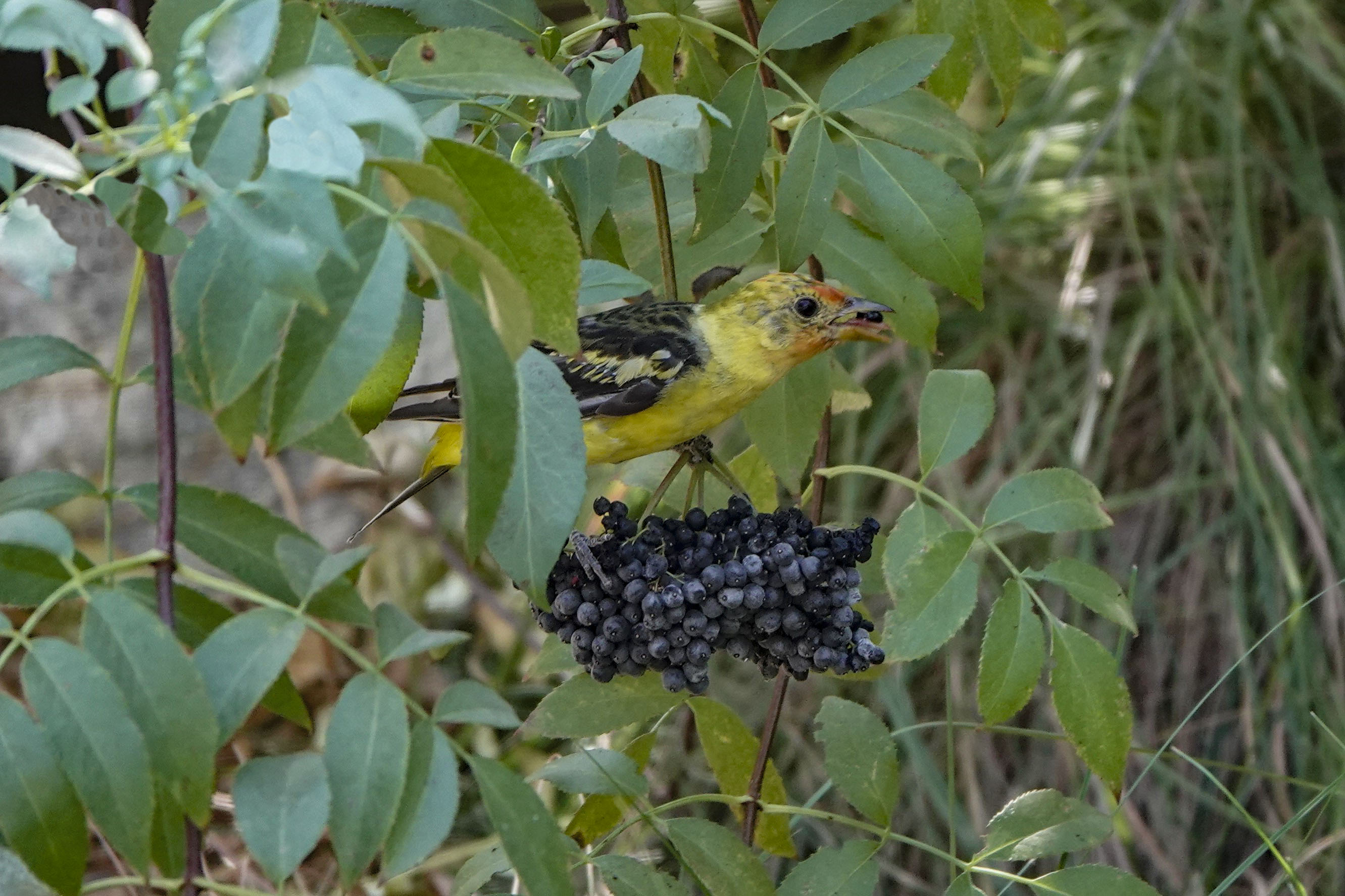 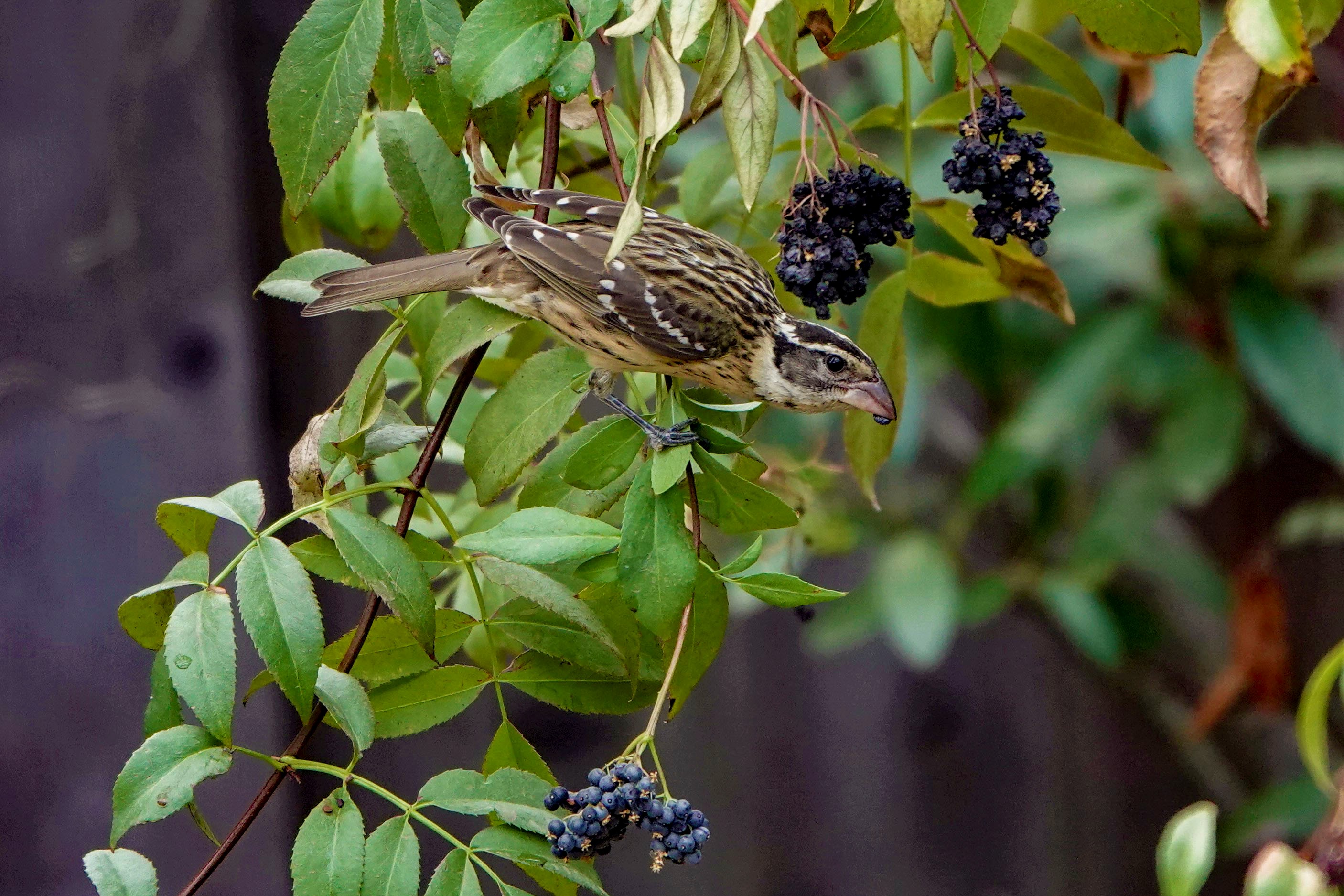 On a Hooker’s Evening Primrose (Oenothera elata hookeri) in front of the pond: 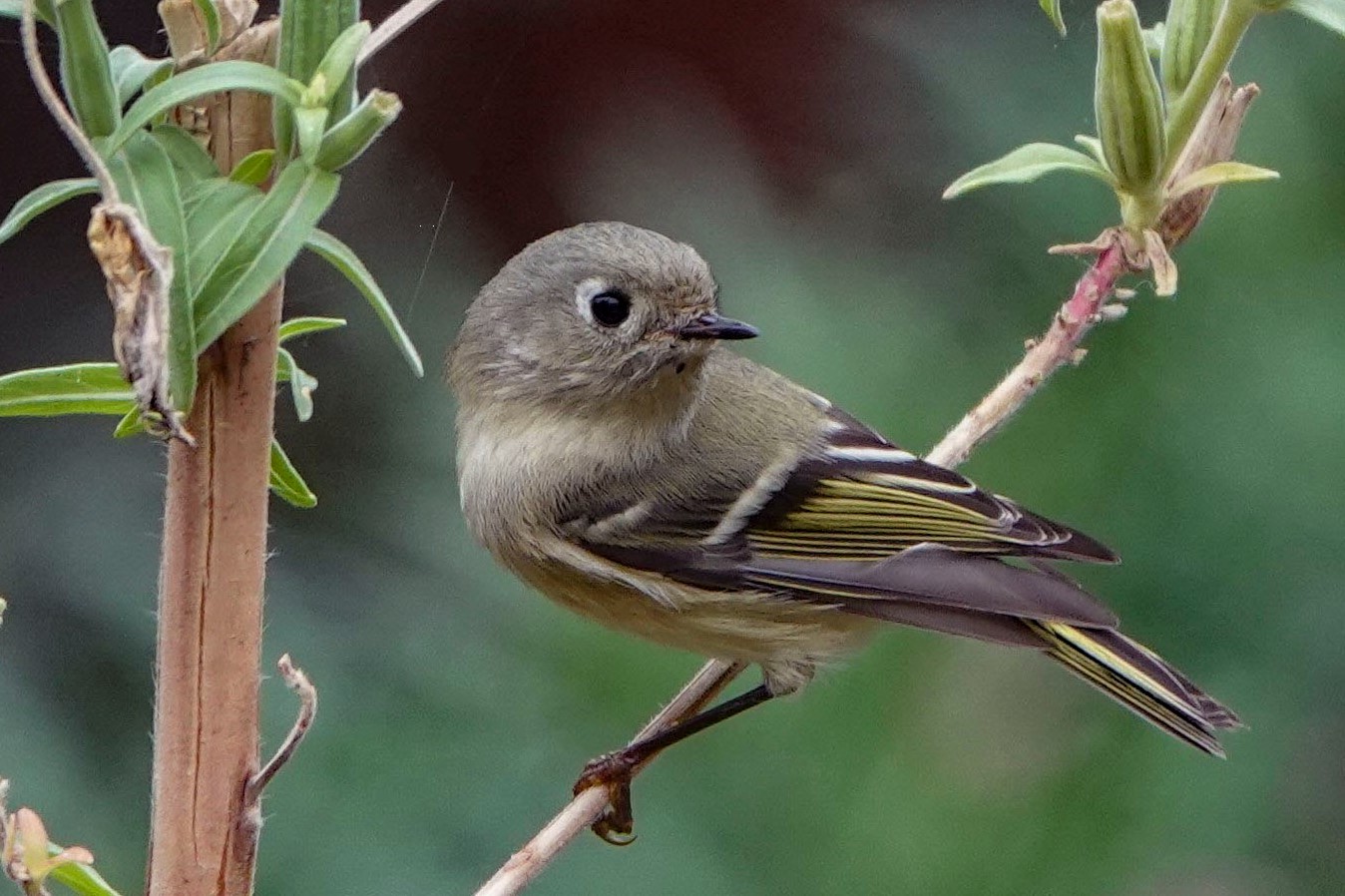 And finally the water feature, with Boris for scale.  Luckily, he and his sister Natasha don’t hunt birds – and I do watch them carefully during their short stints of outdoor time – but his zeal at chasing away neighbor cats probably benefits the birds. 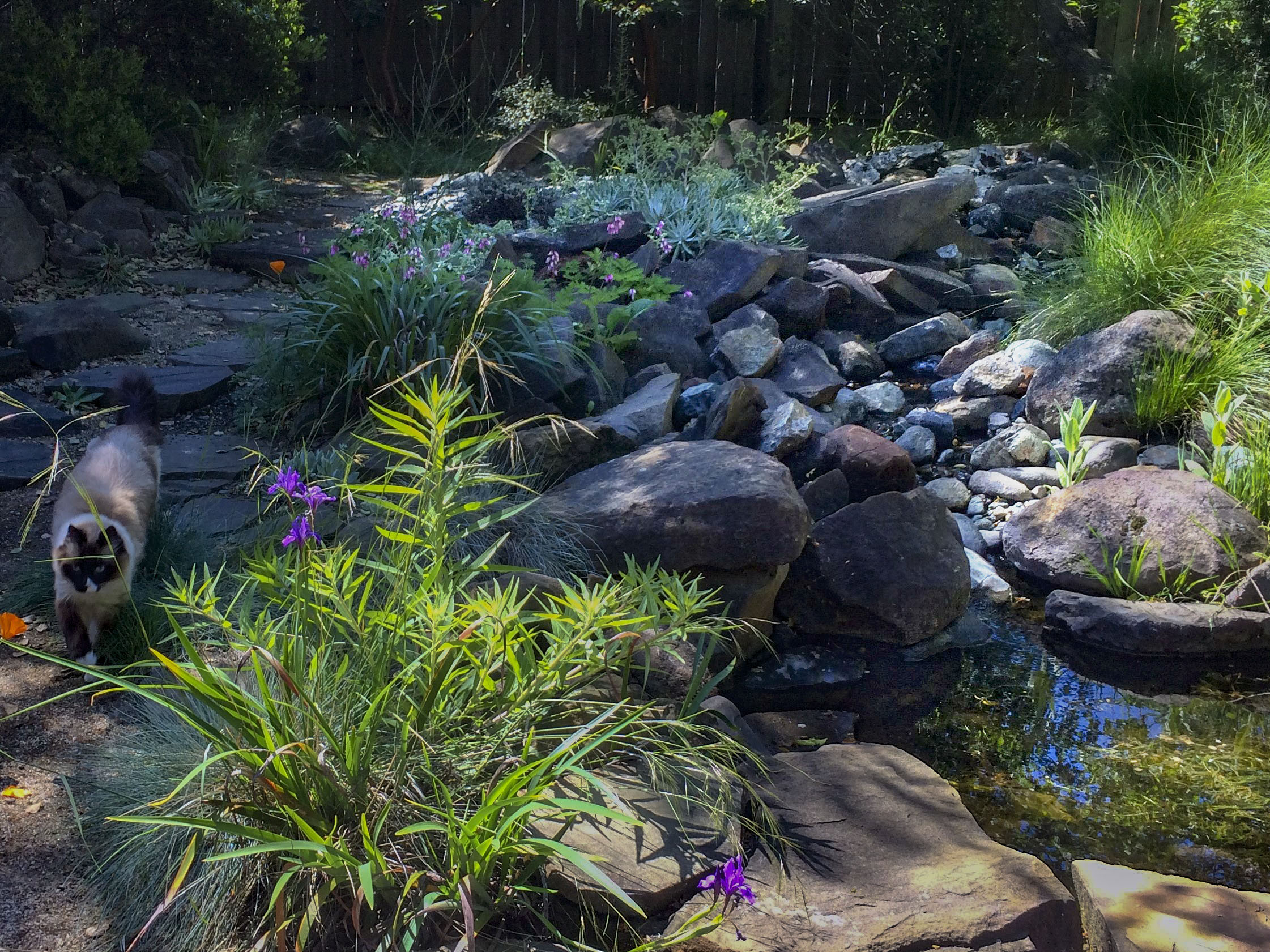