UPDATE from GCM (12.i.2023): Last night, the film won the Golden Globe award for best “comedy or musical” and Colin Farrell won for best “comedy” actor. Do not be misled: it is not a comedy, despite some touches of humor. As Jerry wrote below, it is not a happy film. I don’t know what the award category nominators were thinking. To cement the insanity of the Globes’ categories, Austin Butler won for best dramatic actor for singing the role of Elvis Presley in the musical biopic, Elvis! If both Farrell and Butler deserved awards, the categories should have been reversed. (On the quality of Banshees, I concur with Jerry: Farrell was great, and the film is a “See it!”)

I found this film because it was highly rated on all the “Best Movies of 2022” list, and then saw that it received a 97% critics’ rating on Rotten Tomatoes (though only a 76% audience rating). And so I watched it, and am very glad I did. Here’s the promotional poster: 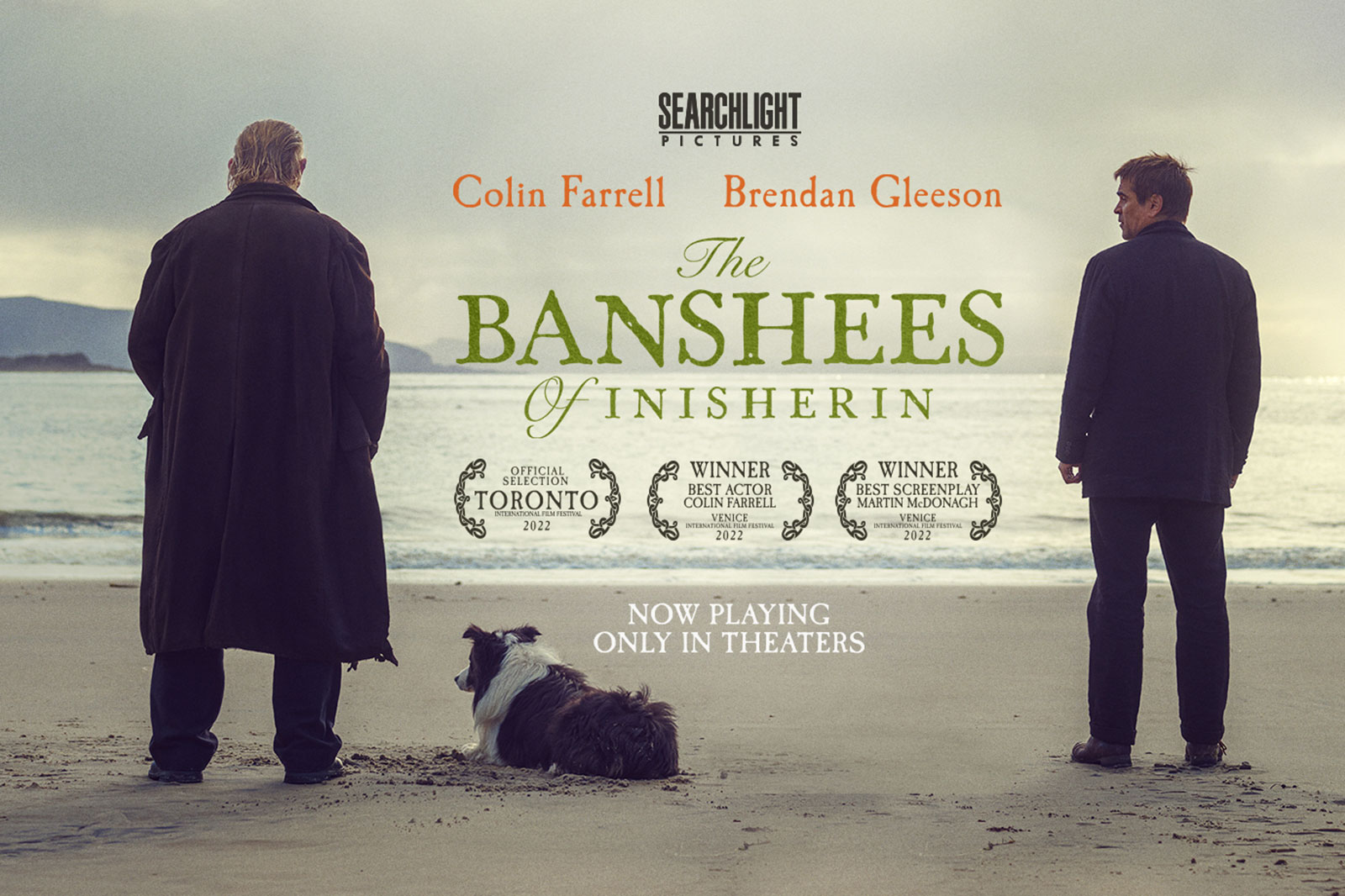 I’m not going to give away any spoilers except to say that you need to see this movie.  The veneer itself is appealing, for it takes you back to the year 1923, during the Irish Civil War, and to a tiny and fictional island Inisherin lying close to the mainland. Life on the island is hard, and since people are social animals they form a network of mutual support, as well as antagonism.  The search for connection—similar to the theme of The Last Picture Show, my favorite American movie, which takes place in an isolated Texas town—is to me the movie’s theme. And, ironically, it’s the rupture of that network, in the form of a broken friendship between the two protagonists (Colin Farrell as Pádraic Súilleabháin and Brendan Gleeson as Colm Doherty) that propels the movie.

The acting is terrific, and I have to add here the performance of Kerry Condon, who plays Pádraic’s sister Siobhán. I suspect the movie will produce several Oscar nominations, as it’s already been nominated for more Golden Globe awards than any other movie this year—eight of them.

This is neither a happy movie nor an action film, but if you like movies about human relationships and their fragility, go see “The Banshees of Inisherin”. There’s also an adorable miniature donkey, which you can see in the trailer above, but I’ll say no more.

30 thoughts on “A new movie worth seeing”