Today sees the return of Athayde Tonhasca Júnior with another biology-related photo story. His narrative is indented, and you can enlarge the photos by clicking on them:

The Paraguayan War (1864-1870), waged by Paraguay against Argentina, Brazil and Uruguay, has a special place in mankind’s history of cruelty, carnage and devastation. Among the many horrors witnessed by combatants and observers, the episode described by Lieutenant Alfredo d’Escragnolle Taunay is particularly odd and gruesome:

“Another plague persecuted them [horses, mules and asses] relentlessly, and this singular one had disastrous effects. It came from some extremely beautiful butterflies, the so-called 88, as they appear to have that number written on the outside of their brindled wings with whimsical black-and-white drawings. However, one cannot imagine the actions of those gentle Lepidoptera, in appearance quite innocent, but in fact extremely pernicious, in all that part of Paraguay. They would huddle together in the corners of the eyes and in the nostrils of the animals, seeking any bodily moisture and soon causing such irritation at the spots where they stubbornly landed, and it did not take long to produce abundant discharge, at first of mucous and soon after copious pus! A horror! What despair from our unfortunate mounts struggling to defend themselves from the immense, flagellating legions of tiny enemies, ever more numerous and ferocious! What continuous and tiresome weaving! Unable to graze, they grew thin under our eyes and soon were completely blinded! Once on the ground, surrounded by thousands of assailants, each eye socket became a hideous and disgusting source of purulent rivers, which attracted even more the terrible butterflies. We would have surely lost all our beasts of burden and mounts, if adequate measures had not been taken, by providing them with a headband of maize straw cut into fine threads, which served as a shield to the eyes without obstructing their view.” (Taunay, 1874. Recordações de guerra e de viagem).

Caught in the maelstrom: during the Paraguayan war, horses would succumb to wounds, hunger, exhaustion, cold, and butterflies. Art by Pedro Américo (1843-1905), Wikimedia Commons: 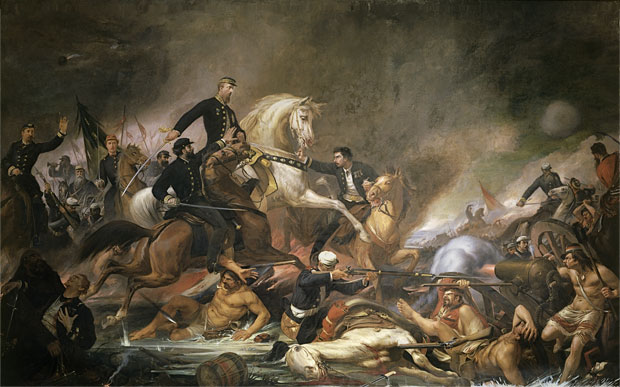 This butterfly worthy of a Stephen King novel is the Cramer’s eighty-eight (Diaethria candrena), which ranges from eastern Paraguay to southwestern Brazil, northern Argentina, and Uruguay. Adults are often seen in orchards as they feed on rotting fruit. They also concentrate at the edge of ponds and puddles, on spots covered by ash after fires, and in bare soil soaked with livestock urine. This gathering behaviour was known by Tupi-Guarani speakers as panapaná, ‘a gang of butterflies’. For Anglophones, these butterflies are ‘mud-puddling’. 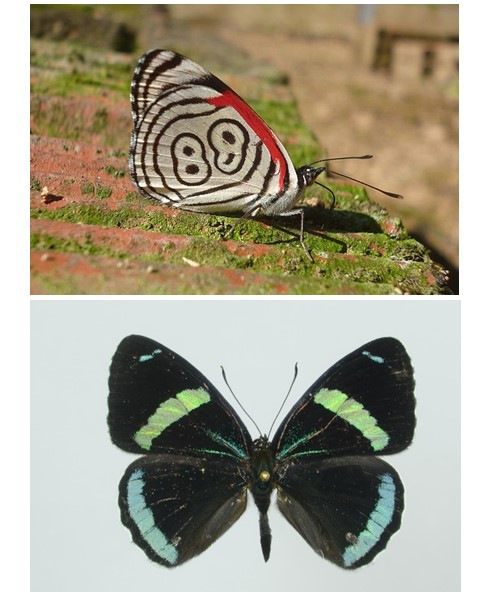 Butterflies mud-puddle supposedly – data are scarce – to collect salts, especially sodium. This chemical element is one of the most abundant in the Earth’s crust but occurs in minute quantities in plants because they don’t need much of it. That’s a problem for plant feeders, who require sodium in concentrations 100 to 1,000 higher than what they get in their food. Herbivores rely on their metabolism to accumulate sodium, and also on any alternative sources such as mineral licks, which are natural deposits of salts and other minerals: they are found in places such as exposed, muddy areas high in clay and organic matter. Faeces and dead bodies will do as well. 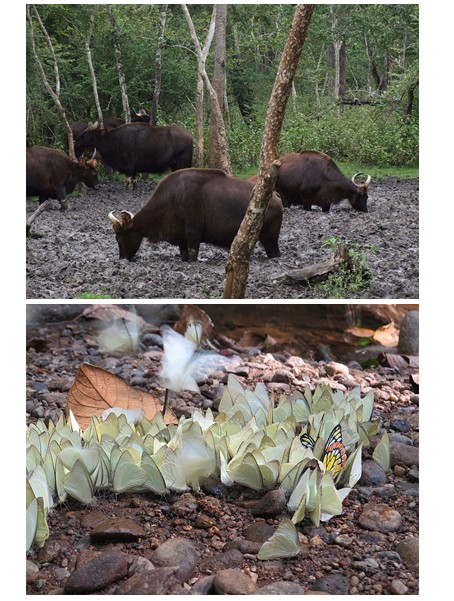 Most mud-puddling butterflies are males, so researchers have suggested – again, data are lacking – that nuptial gifts are behind this behaviour. The sodium gathered by males would be passed to females during copulation and then onto the offspring, helping them cope with a sodium-poor diet. But as females of some species mud-puddle as well, there must be more to the story.

Butterflies and other insects visit mineral licks to get their sodium fix, but these deposits may not be enough for their needs. The bodily secretion of some animals – sweat – is an attractive alternative for a bold insect willing to risk being squashed by an angry host in exchange for a lick of salt. Several species in the second largest family of bees, the Halictidae, are known as sweat bees because they use perspiring people as their salt licks. These bees are harmless, but can be quite annoying with their persistent hovering and tickling.

Besides sweat, tears are an excellent source of salts, a fact enthusiastically exploited by the Cramer’s eighty-eight in Paraguay—to the chagrin of poor horses and their minders. And a surprisingly large number of butterflies, bees, flies and other insects drink tears. In addition to horses, these insects take their salty beverage from cattle, sheep, pigs, water buffaloes, antelopes and elephants; birds, crocodiles and turtles are also suitable. In Burma, India, Sri Lanka and Thailand (and probably other countries too), human beings are also involuntary tear donors to at least six species of moths. Besides the ick factor, tear-seeking insects are to be avoided because of the risk of transmission of eye diseases such as the trachoma virus and ‘pink-eye’ (conjunctivitis) in human beings (Bänziger & Büttiker, 1969). 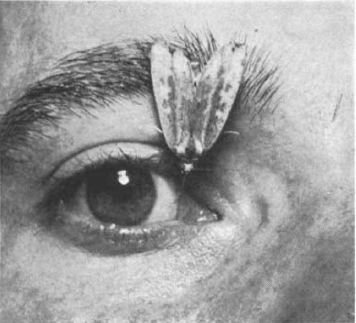 As lachryphagy – from the Latin lacrima (tear) and the Greek phagos (eating, feeding) – is fairly common, Bänziger et al., 1992 proposed that there’s more to it than just sodium taking. Insects may be after amino acids and proteins, which occur in tears in fairly high concentrations. The researchers noted that tear-dinking bees rarely visit flowers or carry pollen, which suggest they may be getting all or most protein they need to raise their young from tears.

Alas, sweat and tears may not satisfy the mineral/protein needs of some insects.

Many moths and butterflies feed on extra-floral nectar, sap, or decaying fruit as does the Cramer’s eighty-eight. But some moths in the subfamily Calpinae (family Erebidae) don’t have to sit around waiting for a fruit to break open: they use their stout proboscis, which is armed with hooks and barbs, to pierce the skin of a fruit to feed on its flesh and juices. Some species in the genus Calyptra in Southeast Asia found another use for their tough proboscis: to feed on the fluids exuded by cuts, sores, scratches, scabs, and other open wounds of animals. 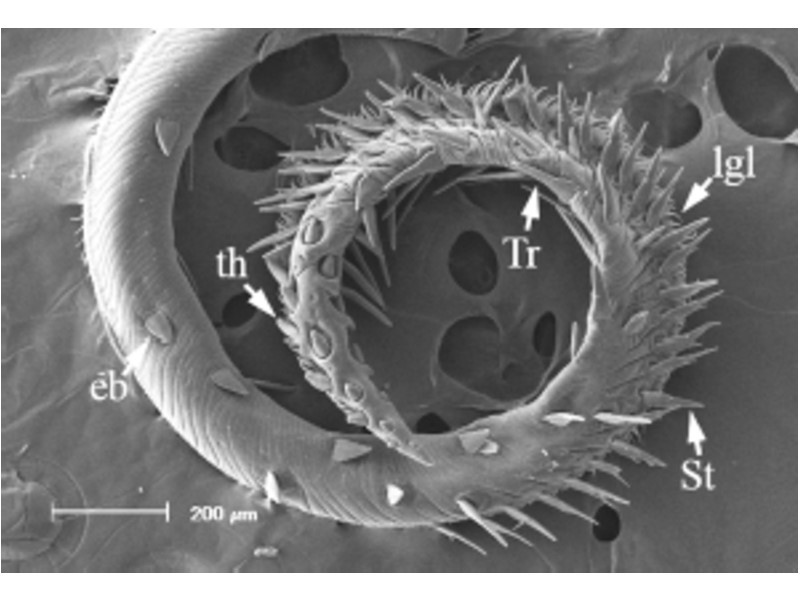 It takes a small step to go from exploring a host’s skin for an open wound to piercing it to get access to the richest bodily fluid of all – blood. Some Calyptra species have developed the ability to puncture the skin of cattle, pigs, mules, deer, antelopes, water buffaloes, elephants and rhinoceros. If these moths can pierce rhinoceros skin, they would have no difficulties with a hairless, thin-skinned primate: at least five Calyptra moths are known to feed on humans. Predictably, they are known as vampire moths.

If you want to place blood-sipping moths in the list of bizarre creatures from faraway tropical countries, think again. The vampire moth Calyptra thalictri, originally from Asia and Eastern Russia, has slowly expanded its range to northern Europe, being observed in Finland and Sweden. Watch C. thalictri having a vampirism moment, but nobody should lose sleep over it: human blood feeding by moths is harmless and extremely rare. The diet of Calyptra species comprises mostly soft-skin fruits (raspberry is a favourite), which they puncture to reach the sugar-rich juices. 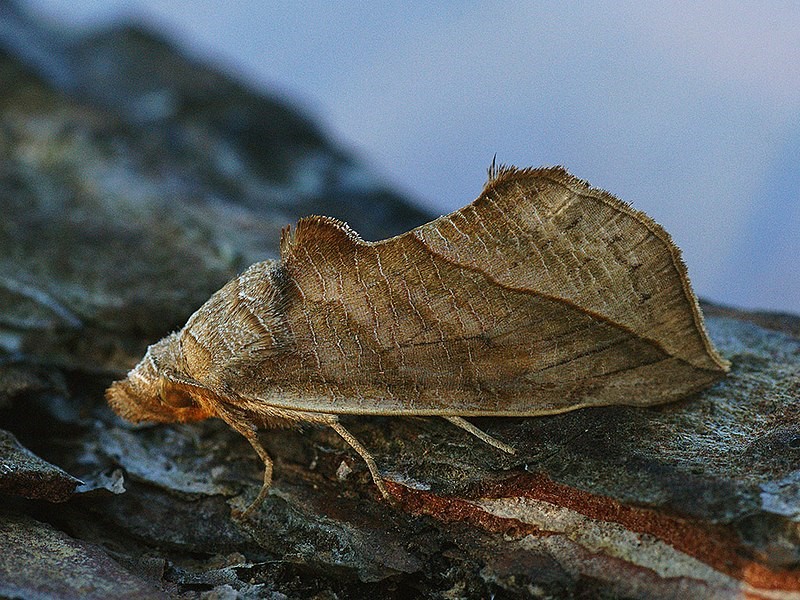 Approximately 14,000 insect species are hematophagous, that is, they feed on animal blood. Most of them are obligatorily hematophagous: they need blood as a source of nutrients and cannot survive on any other food. Some butterflies and moths, on the other hand, are facultative hematophages: blood is not vital for them, but increases their chances of survival. In the case of vampire moths, only males feed on blood. So just like for mud-puddling butterflies, male moths apparently are after sodium as a nuptial gift, which they would pass to females during mating.

An obligatory hematophagous specimen. From Archive of Dracula (1931), Wikimedia Commons: 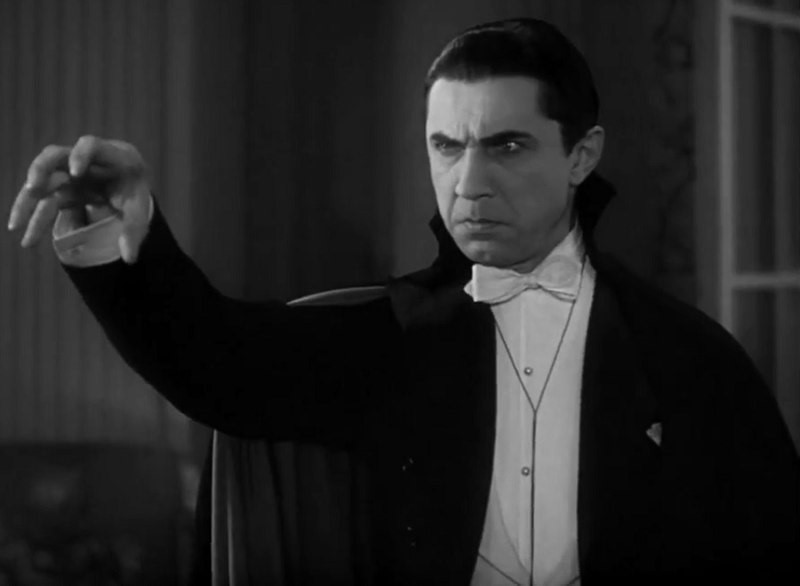 The sodium-gathering hypothesis suggests that mud-puddling, sweat-licking, tear-drinking and blood-sucking are related behaviours. It is also notable that one morphological adaptation, i.e., a sturdy and barbed proboscis, allowed some moths to evolve from nectar-sipping to fruit- and skin-stabbing. Calpinae moths offer another example of insects’ spectacular capacity to adapt and make use of whatever nature has to offer.

Incidentally, in case you are pondering whether lieutenant Taunay – later a Viscount – exaggerated or made up his butterfly story (porkies are not unheard of in war memoirs), a similar albeit less dramatic episode was witnessed about half a century later in the vicinity of Iguazu Falls, not too far from the Paraguayan killing fields. ‘Volunteer’ horses had their eyes mobbed at night by no less than eleven species of moths (Shannon, 1928. Science 68: 461-462).

So, are equines at risk from Lepidoptera attacks in central South America? They are not. All the countries involved have changed beyond recognition since the war: much of their natural habitats have been converted to soybean fields, pasture and logging wasteland. Numbers of butterflies, moths and just about any other wild animal have plunged, some to the point of near extinction. In these inhospitable environments, the Cramer’s eighty-eight could never reach the Biblical numbers of the past, to the relief of local livestock. You may think of it as silver lining of sorts.

An eighty-eight butterfly, no longer pestering horses. In the background, the Iguazu Falls © Leoadec, Wikimedia Commons: 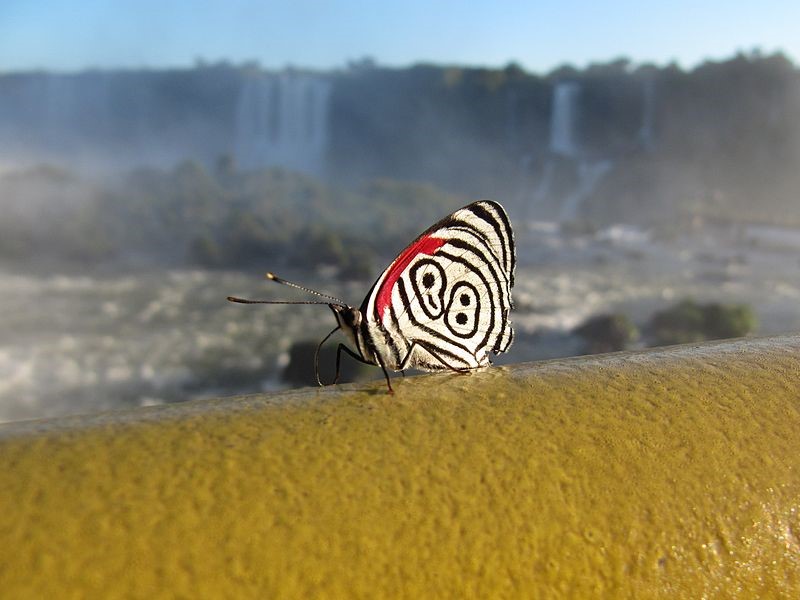