I almost never engage in Twitter wars, or in slagging people off via tweets, but the laws of physics compel me to highlight these two from Scientific American’s editor, referring to the article I discussed yesterday. It’s a good example of the circular “fallacy of opposition.”

There was so much pushback against that article, and criticism of the journal’s direction, that Helmuth issued the second tweet, which is very odd for someone engaged in science journalism. No, Dr. Helmuth, pushback against wrongheaded editorials doesn’t prove anything except that readers didn’t agree with it. And if you follow the comments on the tweet, you’ll find, as I did, at least 98% of them take the article, the editor, or the journal to task.

This is, I think, a staple of the illiberal Left: the claim that criticism of an idea just “proves” that it was correct all along. Oy, my twisted kishkes!

Apparently Helmuth turned off replies to that comment except from those whom she follows on Twitter. I happen to be one of those blessed people, but chose to reply here rather that make a tweet.

This isn’t science, or even rationalism: it’s a form of religion.   Oh, one response came from a man with “lived experience”: Tony Dungy, a former football safety and then head coach of two NFL teams.

As a black man and former NFL player I can say this article is absolutely ridiculous.

Oh, a reader wanted to know if this tweet was a parody or not. 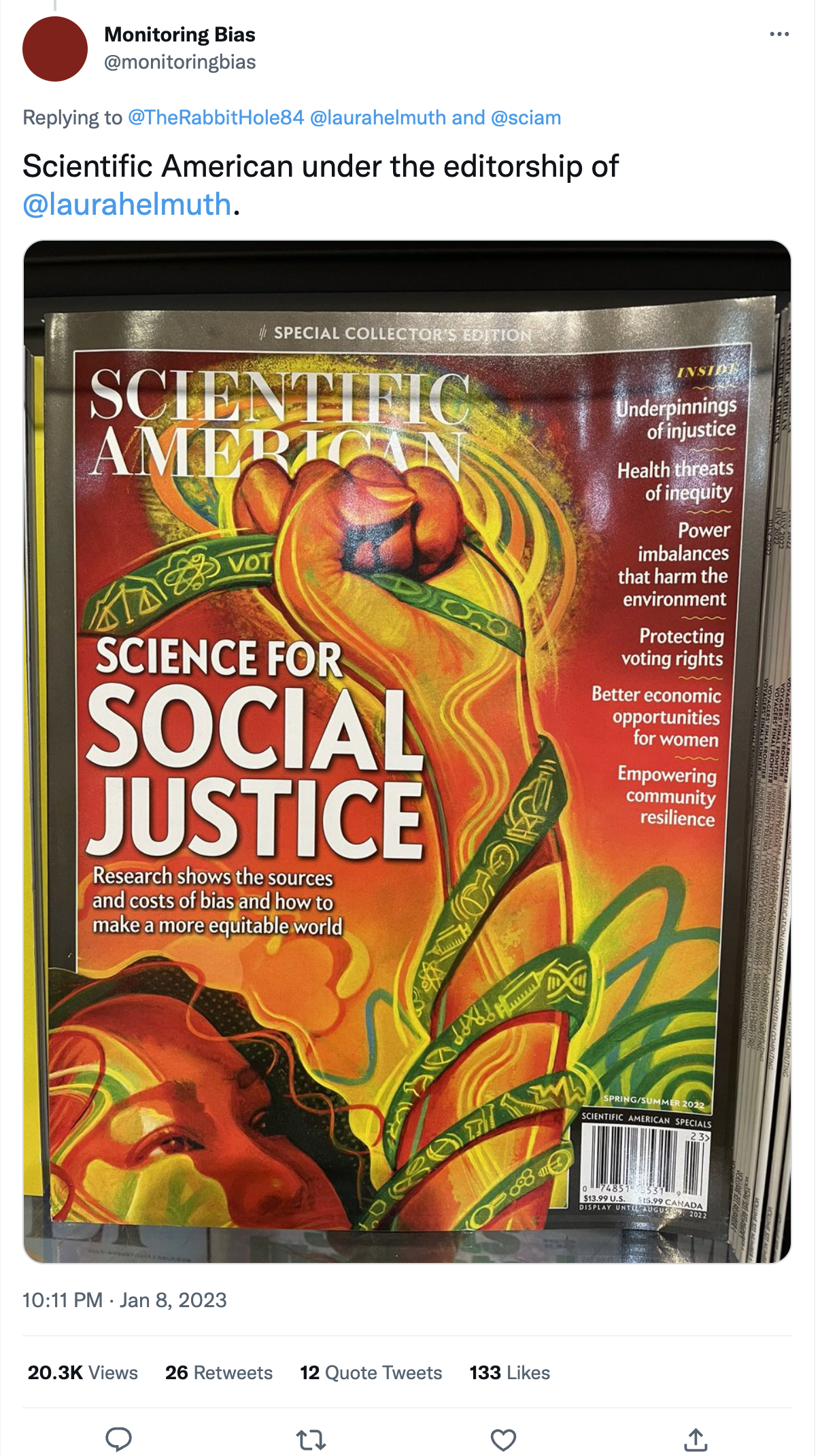 It didn’t take long to find out that this was not a parody; see here.

20 thoughts on “Confirmation bias from the editor of Scientific American”