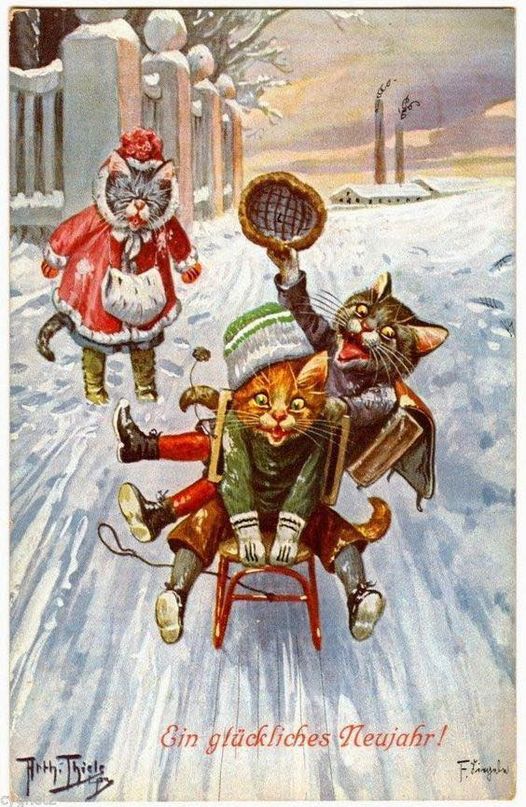 Welcome to the first Monday of the year, and it’s January 2, 2023, and a good holiday: National Buffet Day. Give me a decent buffet and I’m a happy man, and guaranteed to leave full!

Readers are welcome to mark notable events, births, or deaths on this by consulting the January 2 Wikipedia page.

*The NYT has a long and rather beside-the-point discussion of the question, “when does life begin”? That’s not, of course, the same question as “when does it become unethical to terminate the life of a fetus, but the questions are conflated as if answering one would answer the other, which, at least to people like me, it doesn’t. In fact, when I saw the title of the piece, I came up with the same answer as someone quoted in the piece:

Nick Hopwood, a professor at the University of Cambridge, has spent years researching the history of reproduction. The question of when life begins may be inherited from the idea of ensoulment, and the idea that you can pinpoint a specific moment when that happens, but by the 20th century many biologists rejected the question as “not a good question,” he said.

“The egg is alive, the sperm is alive, the cells from which they develop are alive, it is a continuum,” he said. “There might be slightly more acceptance of the question, ‘When does a life begin?’ And then different biologists might point to different stages.”

Surely a zygote is not life produced from non-life! Now if you want to know when the process that culminates in the development of an infant begins, that’s a different question yet, and the answer is “when the egg is fertilized.” But that’s not the beginning of life, it’s the beginning of development of an individual organism. And it still doesn’t convince me that a fertilized egg cannot be aborted (most of them are spontaneously, anyway).

*We still don’t know the motive for the killer who stabbed four University of Idaho students to death, nor has the law released how they tracked the suspect down. But this CNN article gives us a bit of evidence:

The suspect in the killings of four University of Idaho college students plans to waive his extradition hearing this week, his attorney said, to expedite his return to the Gem State, where he faces four counts of first-degree murder.

. . .Investigators homed in on Kohberger as a suspect through DNA evidence and by confirming his ownership of a white Hyundai Elantra seen near the crime scene, according to two law enforcement sources briefed on the investigation. Authorities say he lived just minutes from the site of the stabbings.

He drove cross-country in a white Hyundai Elantra and arrived at his parents’ house in Pennsylvania around Christmas, according to a law enforcement source. Authorities began tracking him at some point during his trip east from Idaho.

An FBI surveillance team tracked him for four days before his arrest while law enforcement worked with prosecutors to develop enough probable cause to obtain a warrant, the two law enforcement sources said.

Genetic genealogy techniques were used to connect Kohberger to unidentified DNA evidence, another source with knowledge of the case told CNN. The DNA was run through a public database to find potential family member matches, and subsequent investigative work by law enforcement led to his identification as the suspect, the source said.

LaBar confirmed Kohberger, accompanied by his father, had driven from Idaho to Pennsylvania to celebrate the holidays with his family. A white Hyundai Elantra was found at his parents’ home, LaBar said, where authorities apprehended Kohberger early Friday.

I gather there were about 12,000 white Hyundai Elantras in the area, so it would help to find those owned by people nearby the “murder house. But what the DNA contributed mystifies me. They would have had to have a sample of the suspect’s DNA, and find, in the public database, a match consistent with a relative. But where did they get the suspect’s DNA. There was no sexual assault, so it couldn’t have been semen? Well, if we hold on briefly, we’ll know when the indictment comes down

*What were Pope Benedict’s last words? As this article reports, he was faithful unto death:

Pope Emeritus Benedict XVI’s last words were “Lord, I love you,” his longtime secretary said Sunday, quoting a nurse who helped care for the 95-year-old former pontiff in his final hours.

Archbishop Georg Gaenswein, a German prelate who lived in the Vatican monastery where Benedict took up residence after his 2013 retirement, said the nurse recounted hearing Benedict utter those words at about 3 a.m. Saturday. The retired pope died later that morning.

“Benedict XVI, with a faint voice but in a very distinct way, said in Italian, ‘Lord, I love you,’″ Gaenswein told the Vatican’s official media, adding that it happened when the aides tending to Benedict were changing shifts.

“I wasn’t there in that moment, but the nurse a little later recounted it,″ the archbishop said. ”They were his last comprehensible words, because afterwards, he wasn’t able to express himself any more.”

Gaenswein did not identify the male nurse who shared the information.

I don’t intend to be mean-spirited when I say this, but the issue with thinking you’ll go to Heaven is that you’ll never find out you were wrong, because when you die your consciousness disappears, and thus there will never be a time when you can think, “Damn! I was wrong!” At least we atheists don’t have that problem.

*According to the AP, the Swiss government has rejected gender options beyond the sex-based binary of male and female.

The Swiss government on Wednesday rejected the idea of introducing a third gender option or no-gender option for official records, a position which differs from that of some neighboring countries.

“The social preconditions for the introduction of a third gender or for a general waiver of the gender entry in the civil registry currently are not there,” it said.

The Federal Council added that such options would require “numerous” changes to the Swiss Constitution and to laws both at the national level and in the country’s 26 cantons (states). Currently, people are entered into the civil registry as male or female, with no other option.

The government said a national ethics commission found in a 2020 report that the time wasn’t yet right for a change to the system.

Ah, the conservative Swiss! I wonder if they’ll replace J. K. Rowling as the Great Satan.

*This was sad, and when I saw the Guardian headline, “Thirteen bison killed after road crash near Yellowstone National Park,” I couldn’t imagine what kind of crash could kill so many large, bulky mammals. Well, it was a semi, and it was in the dark. Even so, was the guy driving too fast?

In a statement released on Facebook, the West Yellowstone police department announced that around 6.30pm on Wednesday “multiple bison were struck by a semi-truck near mile marker 4 on Highway 191”, referring to a highway north of the town of West Yellowstone.

According to the police, 13 bison were killed after the truck smashed into a herd, with some of the bison needing to be euthanized “due to severe injuries”. Authorities initially believed that two other passenger vehicles were also involved in the traffic incident but found, upon further investigation, that all the bison were hit but the semi-truck and that the two other vehicles were involved in secondary accidents.

The gory scene occurred amid a severe winter storm that swept across the nation earlier this week.

“In the winter months, [the bison] are most often found near paved roadways and snowmobile trails due to these areas being easier for them to travel. This often puts them near or on the highway and in the path of vehicles,” police said.

“Although speed may not necessarily have been a factor in this accident, road conditions at the time would dictate traveling below the posted speed limit,” the police continued, urging drivers to slow down and drive appropriately to road and weather conditions.

. . .The Montana wildlife advocacy group the Buffalo Field Campaign said on its website that the animal victims were mothers and their yearlings, and called for lower speed limits in the area, complaining of drivers “barreling down that portion of Highway 191 where bison-vehicle collisions are inevitable”.

According to the National Park Service, Yellowstone is the only place in the US where “bison have lived continuously since prehistoric times”.

Babies killed, too! If the guy was driving too fast for conditions, that’s a violation, and he should at least be given a hefty fine as a deterrent. Believe me, if he killed 13 humans he’d be in jail.

Meanwhile in Dobrzyn, Hili is showing signs of clinical depression:

Hili: I don’t see any reasons for joy.
A: And what do you see?
Hili: Reasons to go to sleep. 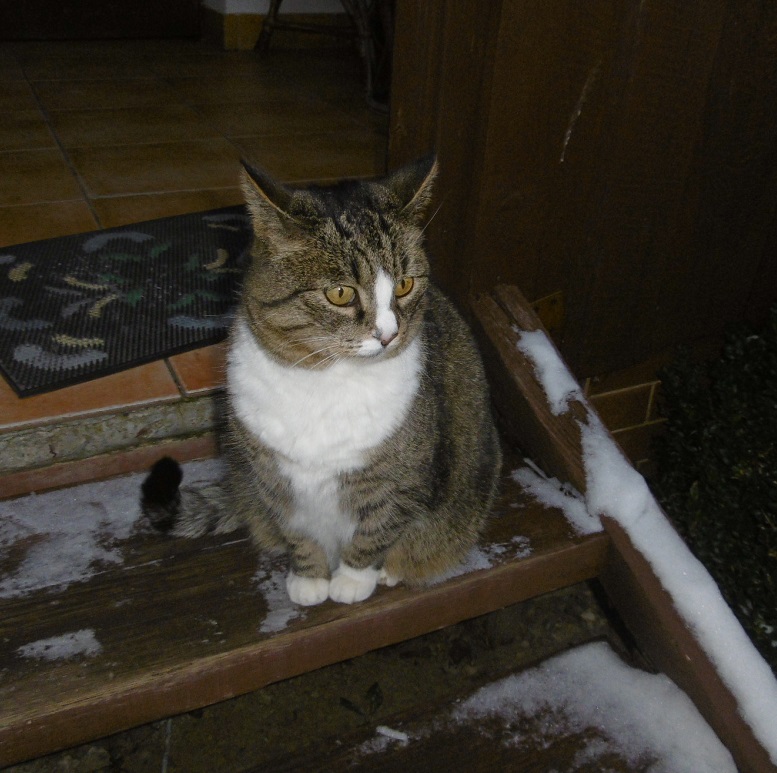 One I posted about five years ago, but still good: 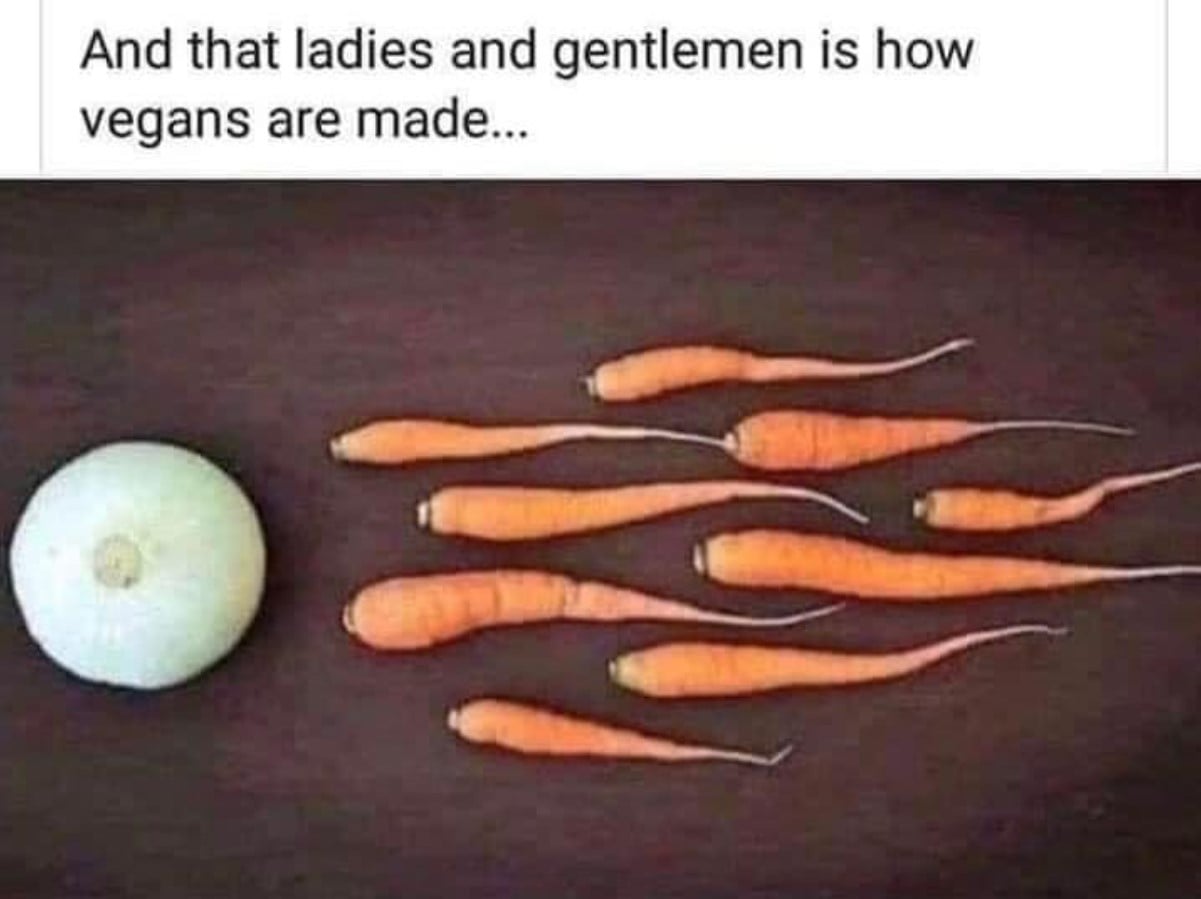 True! But now some restaurants are charging for bread. 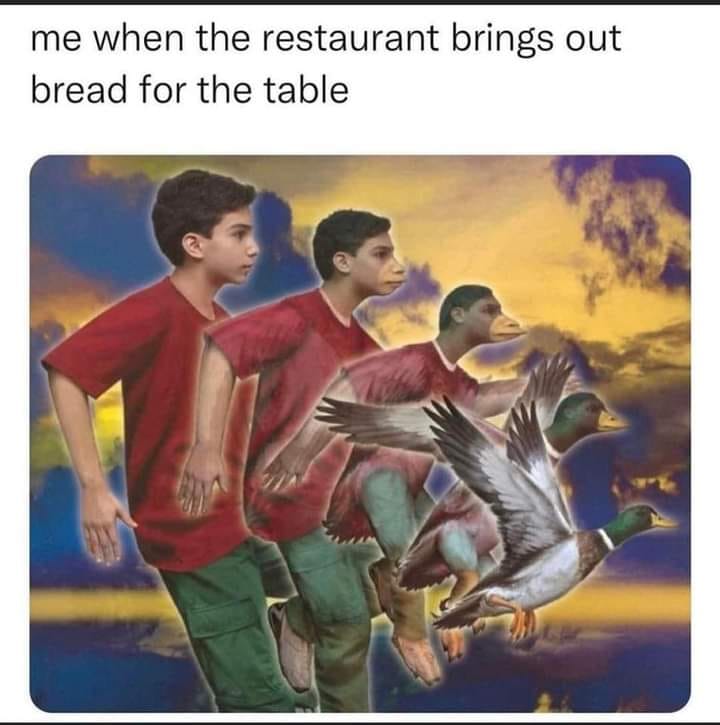 And our generation in about ten years (a David Sipress cartoon): 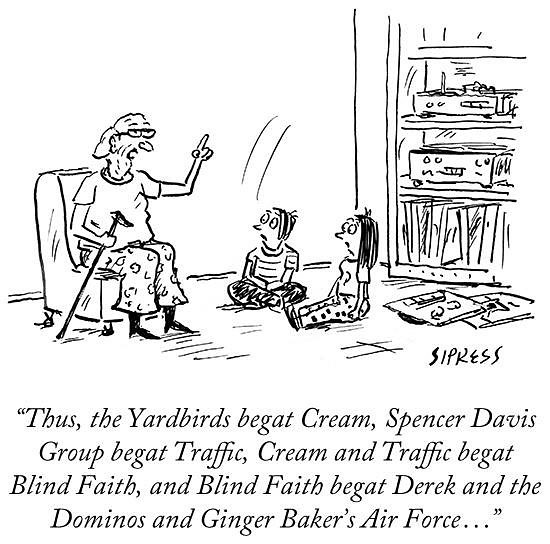 An announcement from God on Mastodon (but He is still on Twitter because God is everywhere):

According to Masih, the protestors (which include the Kurds), have now made barricades in the street:

Today protestors in #Javanrud blocked the streets & chanted in unity with the rest of Iran:
"Kurds & Baloch are brothers & are enemies of the supreme leader"
"Kurdistan, Zahedan, I give my life for Iran"#MahsaAmini

From Steve: a brave cat escapes a coyote. Sound up. I guess this was a home security camera that could be zoomed later, because otherwise it would be a heartless S.O.B. who filmed this without intervening.

A fearless cat came face-to-face with a coyote on a Surfside Beach, Texas, porch, and lived to tell the tale. https://t.co/G68j2mEWMW pic.twitter.com/r4tyVVUNoA

From Ginger K. I have no idea whether the tweet is true:

I can't be the only one noticing all the DEI jobs starting to dry up.

From Malcolm; kittens don’t get more adorable than this. There’s an annoying soundtrack if you want to listen:

From the Auschwitz Memorial; one who survived, another who did not:

2 January 1906 | Jewish woman Rachel Fuentes was born in Constantinople (then the Ottoman Empire).

Or as the walrus would put it, “Goo goo g’joob”. https://t.co/TvrGgQxOvJ

The second tweet is an oldie (the scene is of New Year’s Eve in Manchester), but they’ve photoshopped in Thor:

@AnimalPlanet @ladbible
theres a walrus lost in scarborough. so hes just decided to knock one out in front of us all on the pier. no fucks given 😆 #wankingwalrus pic.twitter.com/lmjp9b6lp4