As we approach 2023, a year closer to our appointment with the Grim Reaper, I ask readers to send in their good wildlife photos. Must I beg? Very well, then: pretty please!

Today we have the second part of the batch of photos sent by reader Kevin Krebs (part 1 is here). He notes that the photos were taken in and around Vancouver, B.C., where he lives. All are birds save one cute mammal at the end.

Kevin’s notes and IDs are indented, and you can enlarge the photos by clicking on them.

Present across most of the northern hemisphere, Ravens have been heavily burdened by human myth, superstition, and persecution. They also have a close relationship with wolves, spotting carrion or prey, and calling to alert wolves so they can procure the scraps. This is a member of a small family that lives in a local park. And to answer the perennial question many birders must field: How to tell a Raven from a Crow. 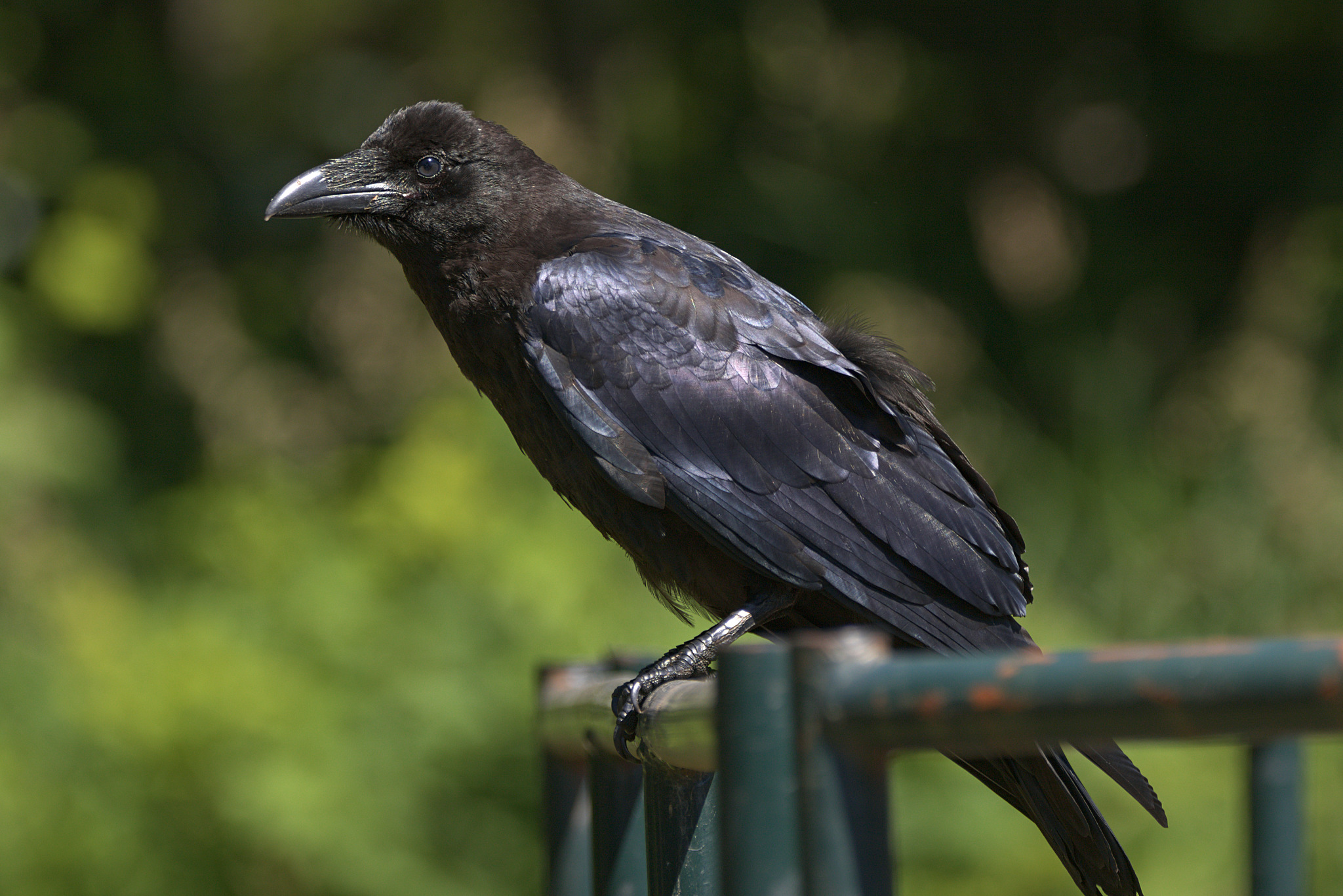 Distinctive and vocal birds, Belted Kingfishers can be found by streams and lakes across most of North America, attentively perched on a branch overlooking the water. Once they spot prey, they dive straight into the water to catch their meal, quickly flying back to beat and consume them: 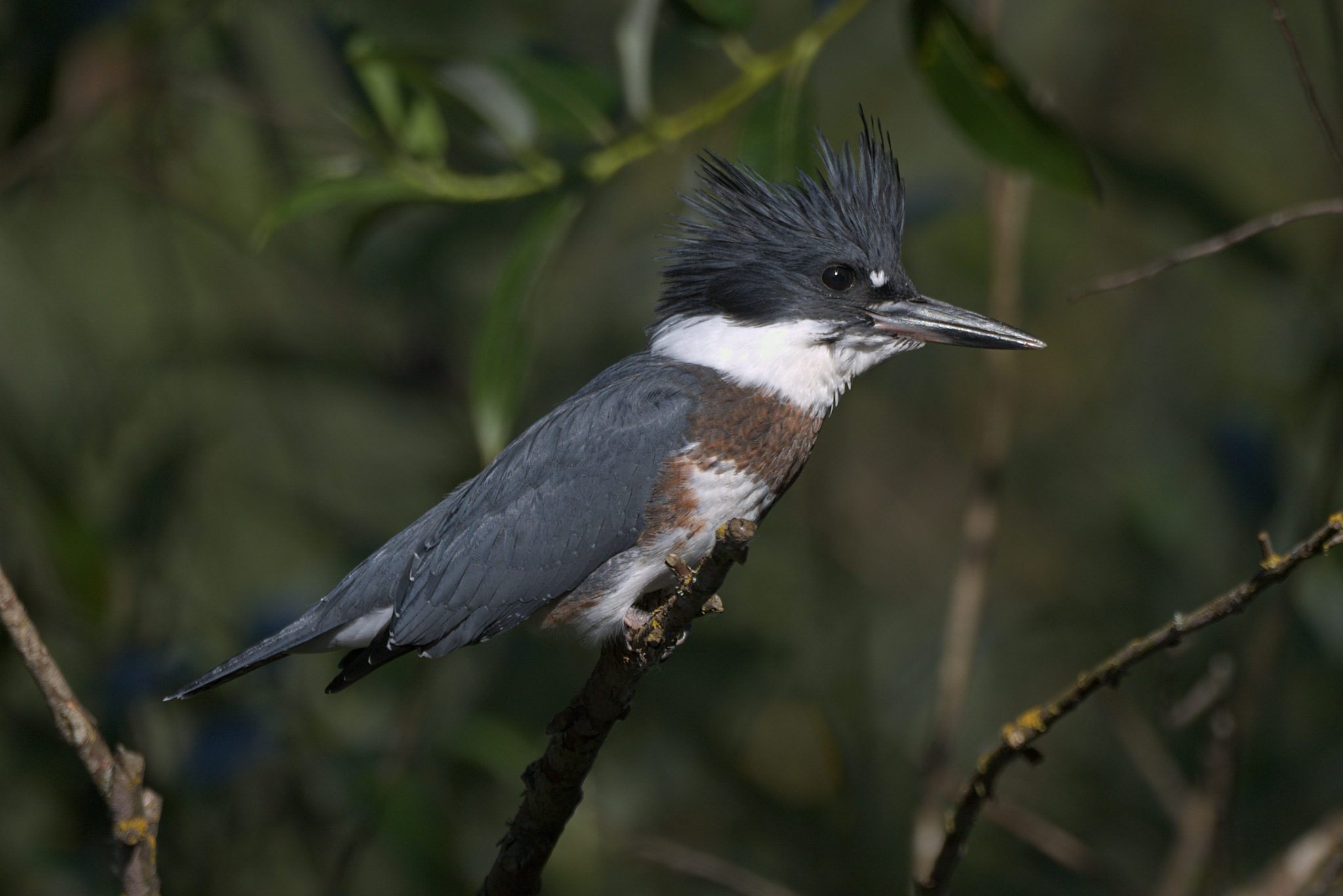 One of the tips for a good bird photograph is getting as close to their level as you can. I ended up lying down in the grass to get a photo of this juvenile Brown-headed Cowbird. Cowbirds are obligate brood parasites, meaning they must lay their eggs in the nests of other birds, and those birds raise their chicks.  This behavior doesn’t make them popular with humans, who often can’t help but project their moral beliefs onto them.  They do, however, raise a fascinating question: How do you know you’re a Cowbird if you’ve been raised your entire life by a Song Sparrow?: 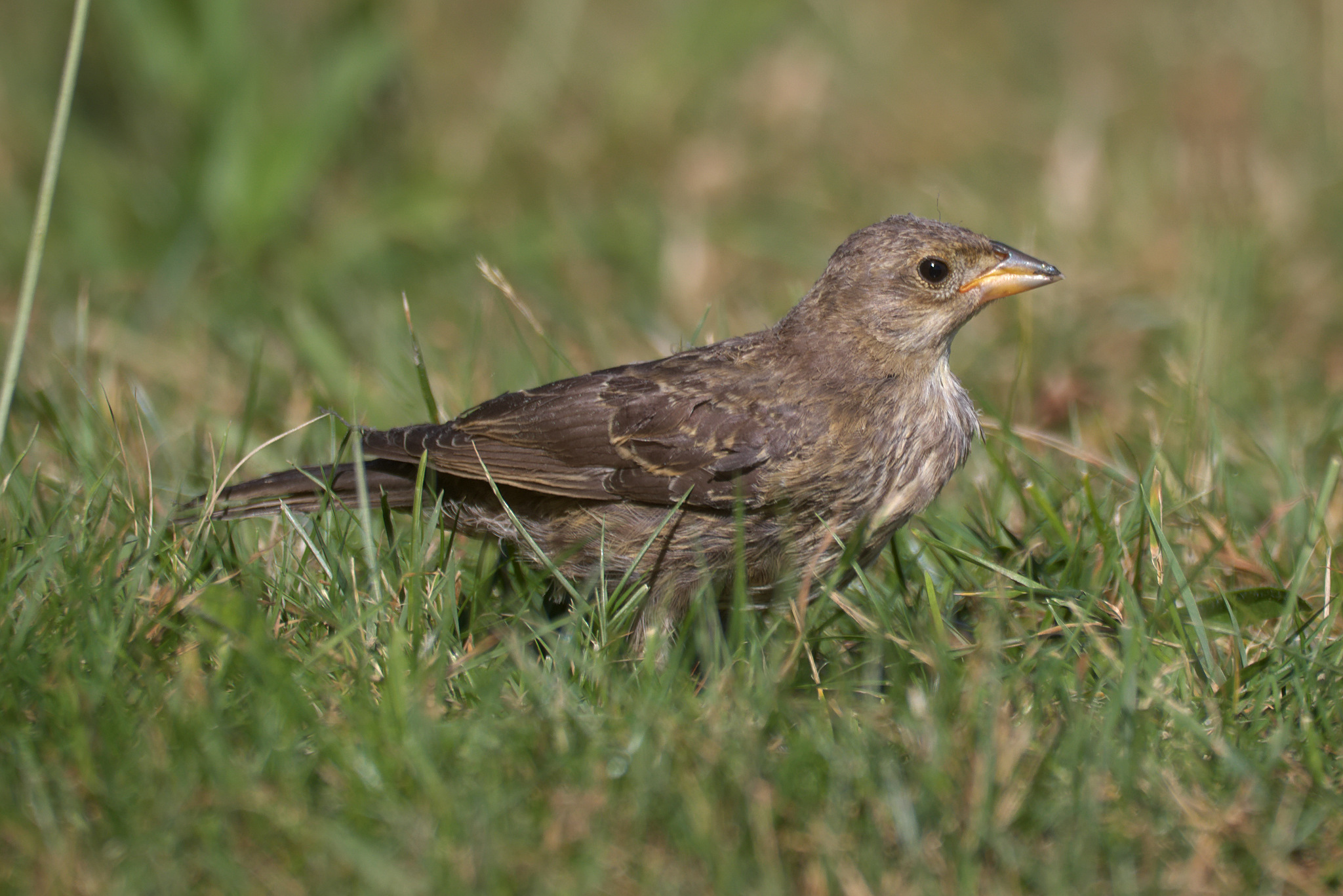 A male California Quail keeping watching and calling to his flock. These ridiculously cute and social birds are native to the west coast of the USA. I photographed this bird in Keremeos, British Columbia, at the northern edge of the California Quail’s range: 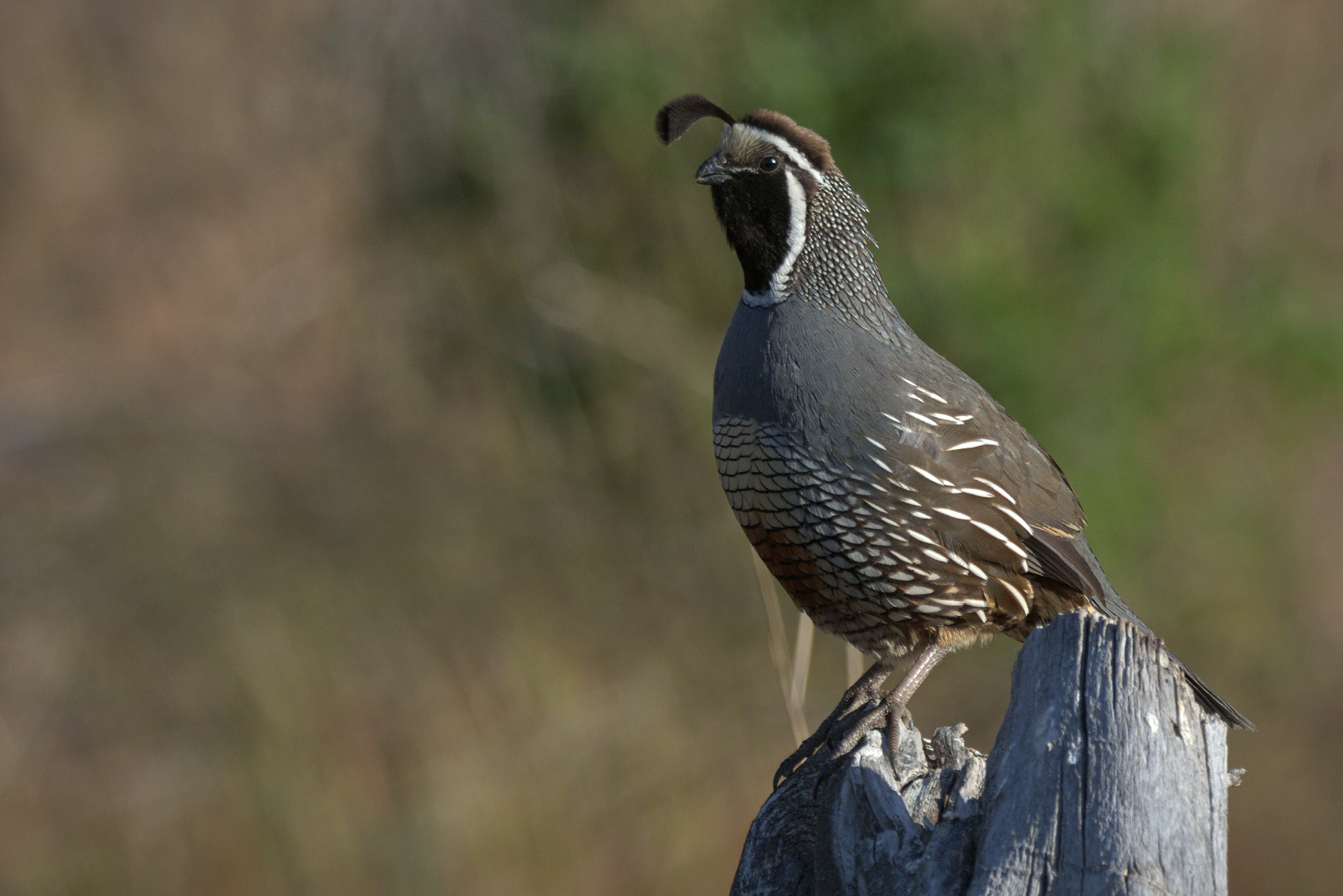 A vibrant and eye-catching warbler that migrates through Western North America. These birds can be a challenge to find, spending much of their time in the shadows of deep foliage. Surprisingly, male birds like this one can’t produce the red pigment found in their feathers, and it isn’t entirely clear where they acquire it from. The leading theory is an insect, which in turn gets the pigment from a plant: 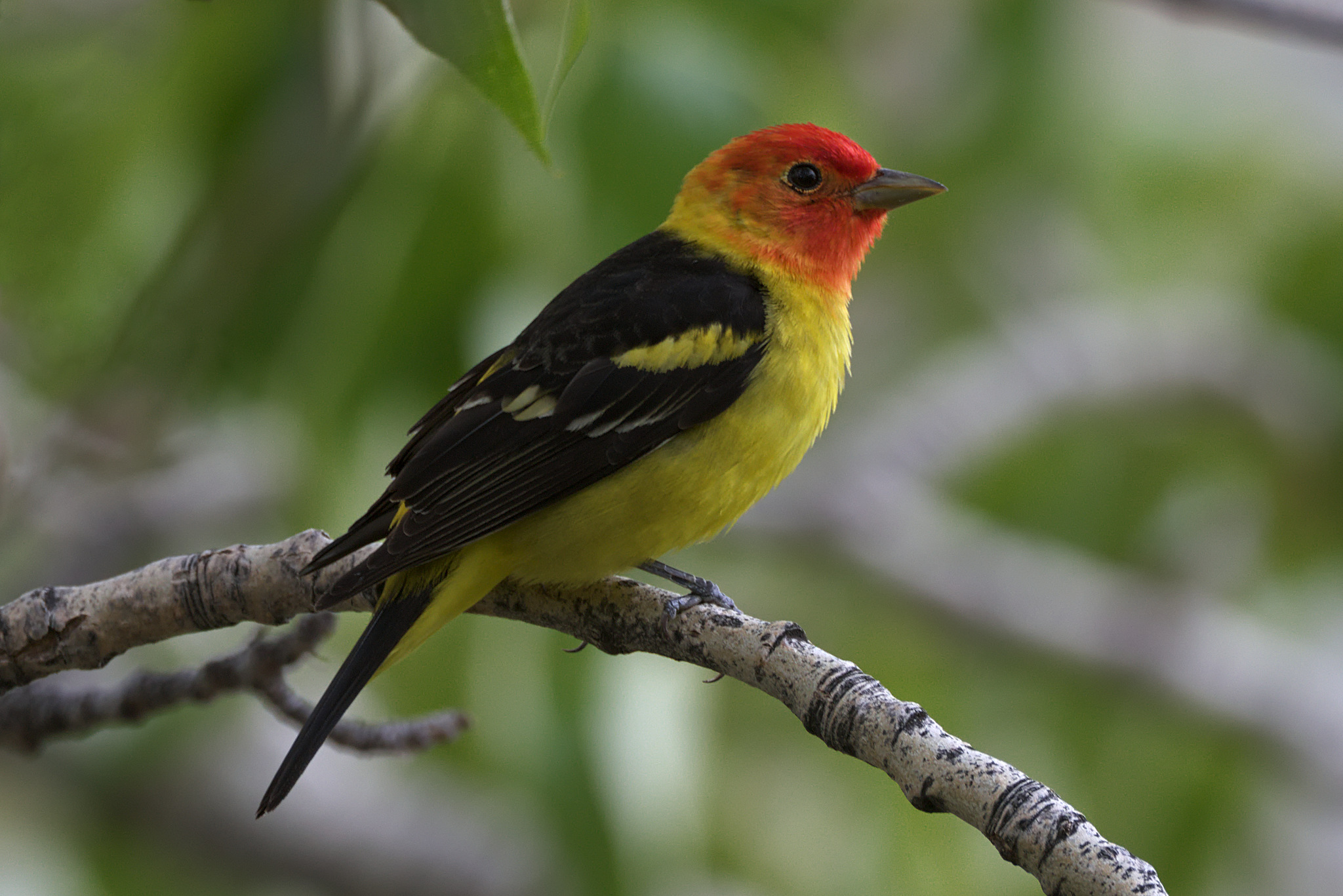 Originally a bird of open lands in Western North America, the 20th century saw the Brewer’s Blackbird spread eastwards, taking advantage of ever-increasing open habitats created by agriculture and forestry. The males are hard to miss with their glossy irridescent plumage and piercing yellow eye: 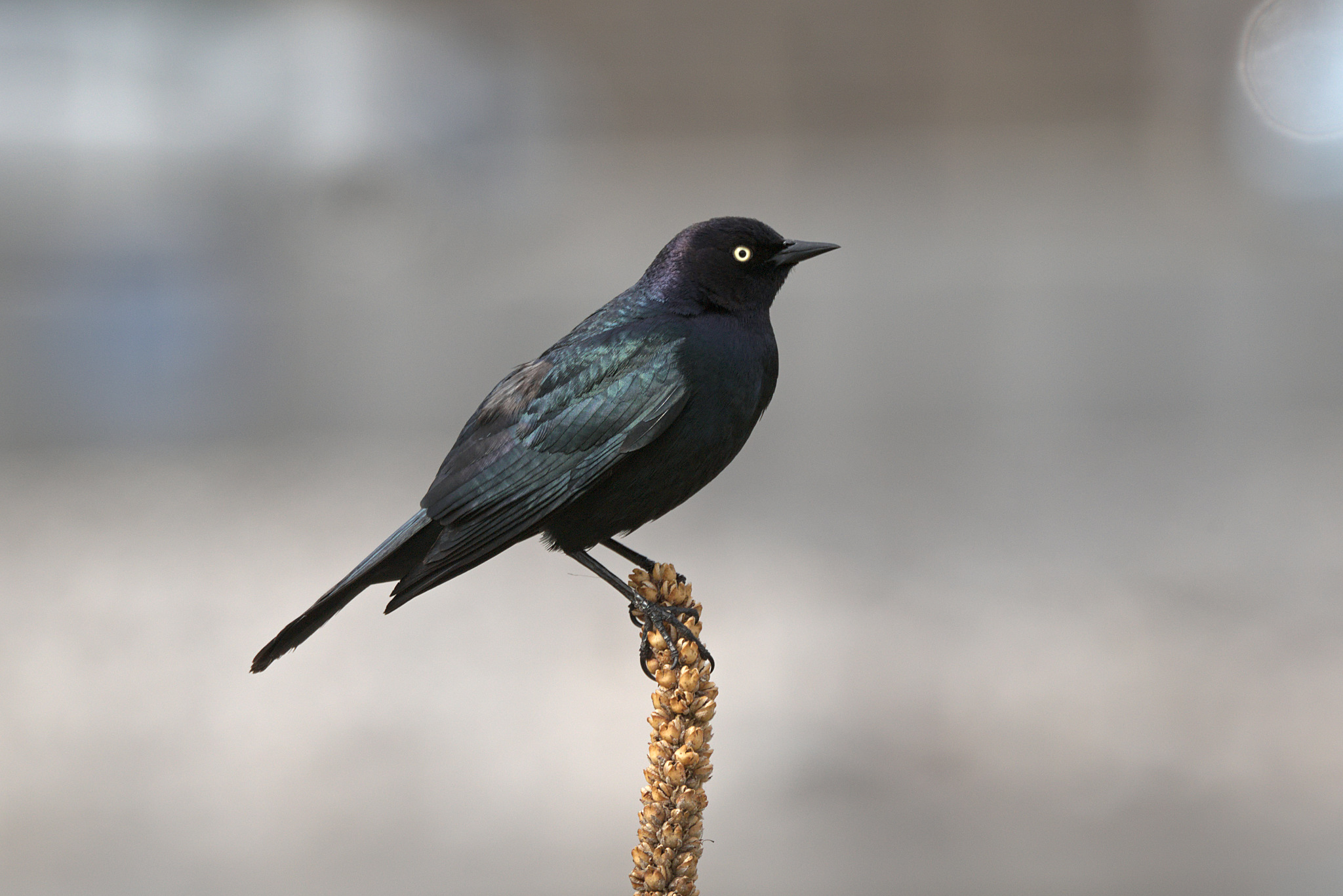 In the running for the most succinctly named bird, the Yellow-headed Blackbird breeds in marshlands throughout central and western North America. Conspicuous in both plumage and song, these birds are highly social and congregate in large flocks after breeding to winter in the southern United States and Mexico: 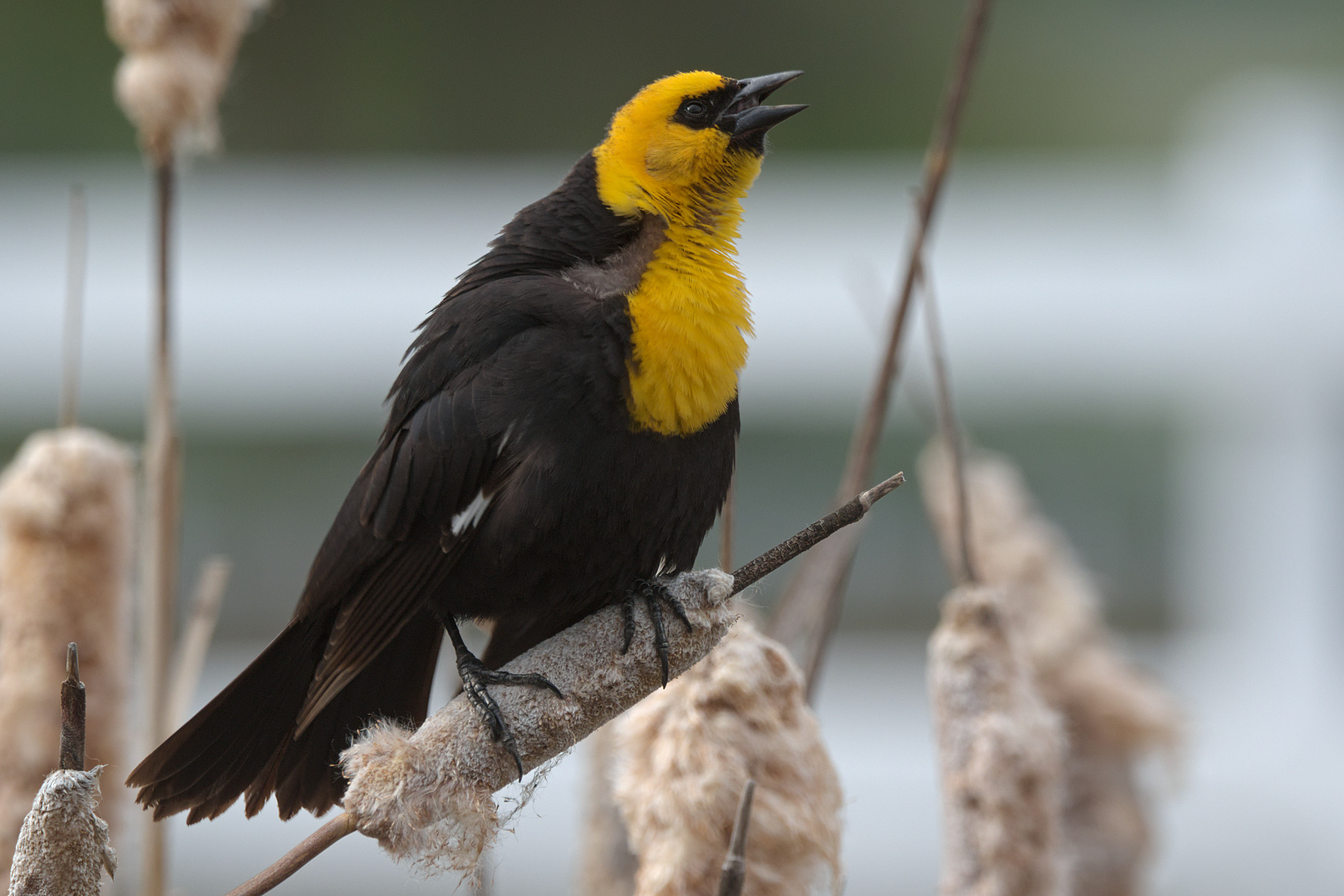 A large plover found throughout North and Central America, named after a somewhat creative interpretation of their call.  Like many plovers, Killdeer exhibit false brooding — sitting on ‘imaginary’ nests to confuse predators.  They are perhaps more known for their broken-wing display, when they feign injury to draw predators away from their nests.  If you ever encounter a Killdeer behaving this way it means you’re too close to their nest! Turn around and walk away slowly, keeping a close eye on the ground: 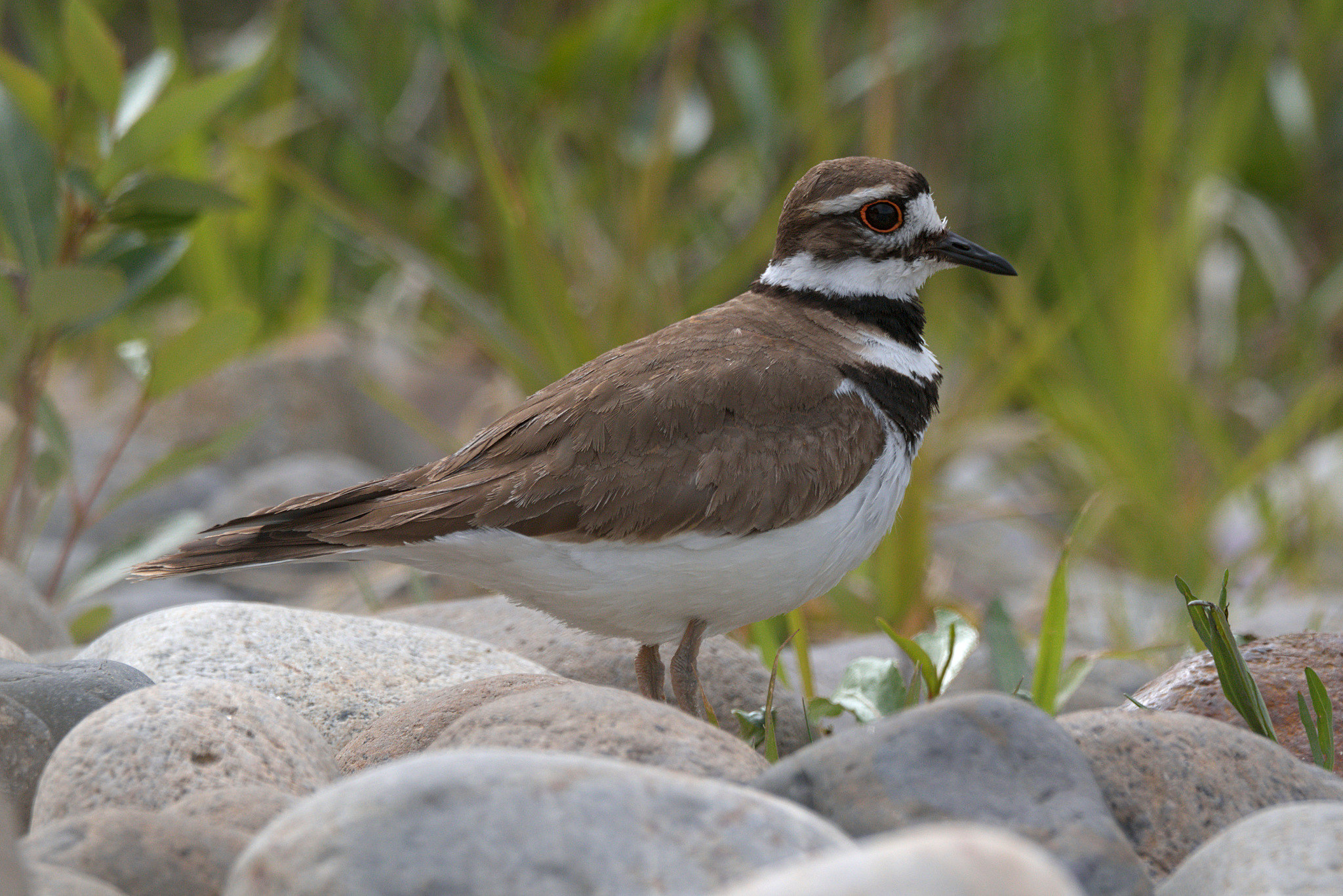 Avocet are large wading birds with a unique upturned bill with which they scythe through muddy wetlands to capture food. Like so many birds and animals, they are increasingly threatened by the destruction and reclamation of wetlands: 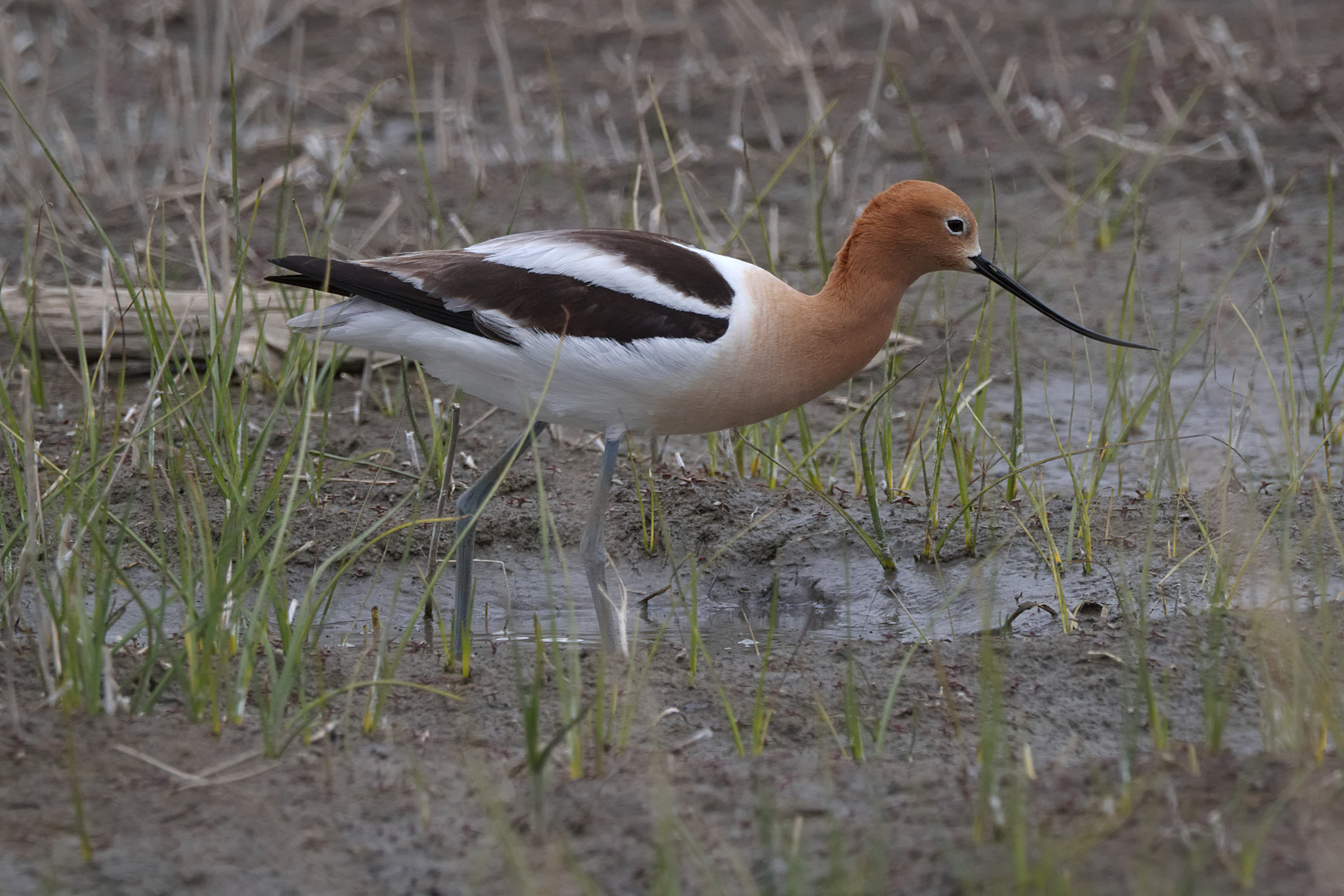 Central southern British Columbia is the northern limit of the range for these marmots, also known as Rock Chucks. I usually stick to photographing birds, but these chubby rodents were too cute to resist. Yellow-bellied Marmots start hibernating in September, so this individual will be deep asleep in a warm burrow right now. 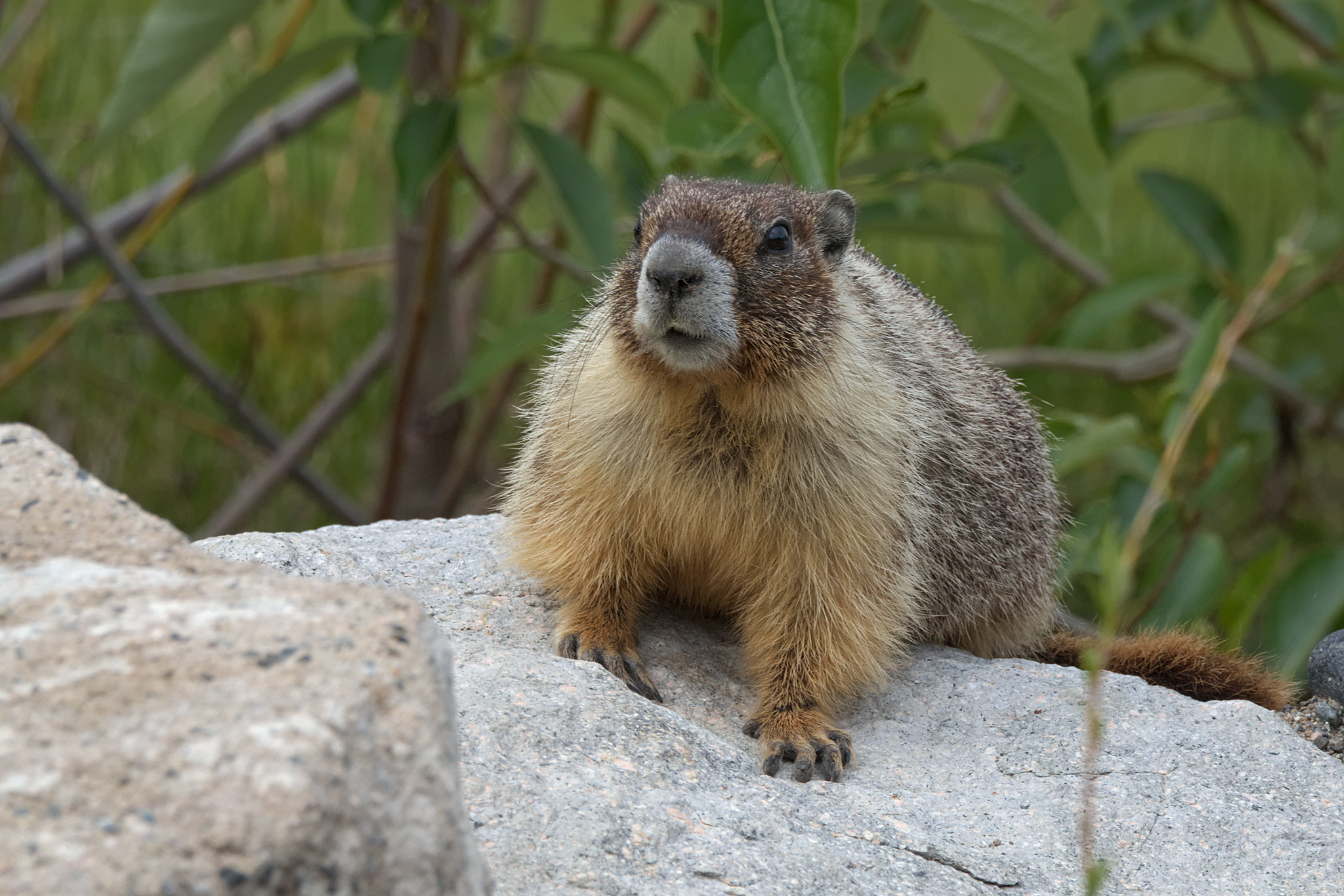