Today we have some photos from Matthew Ware showing some lovely antelopes. Matthew’s captions are indented, and you can enlarge his photos by clicking on them.

These photos are from South Africa, either near Port Elizabeth or in the Kruger National Park area.

Resting Hartebeest (Alcelaphus buselaphus). I was told that it was called this because of the ‘Heart’ shape that the horns make. However, Wikipedia suggests that it is from the Dutch hertebeest, literally deer beast, due to its similarity to a European deer. 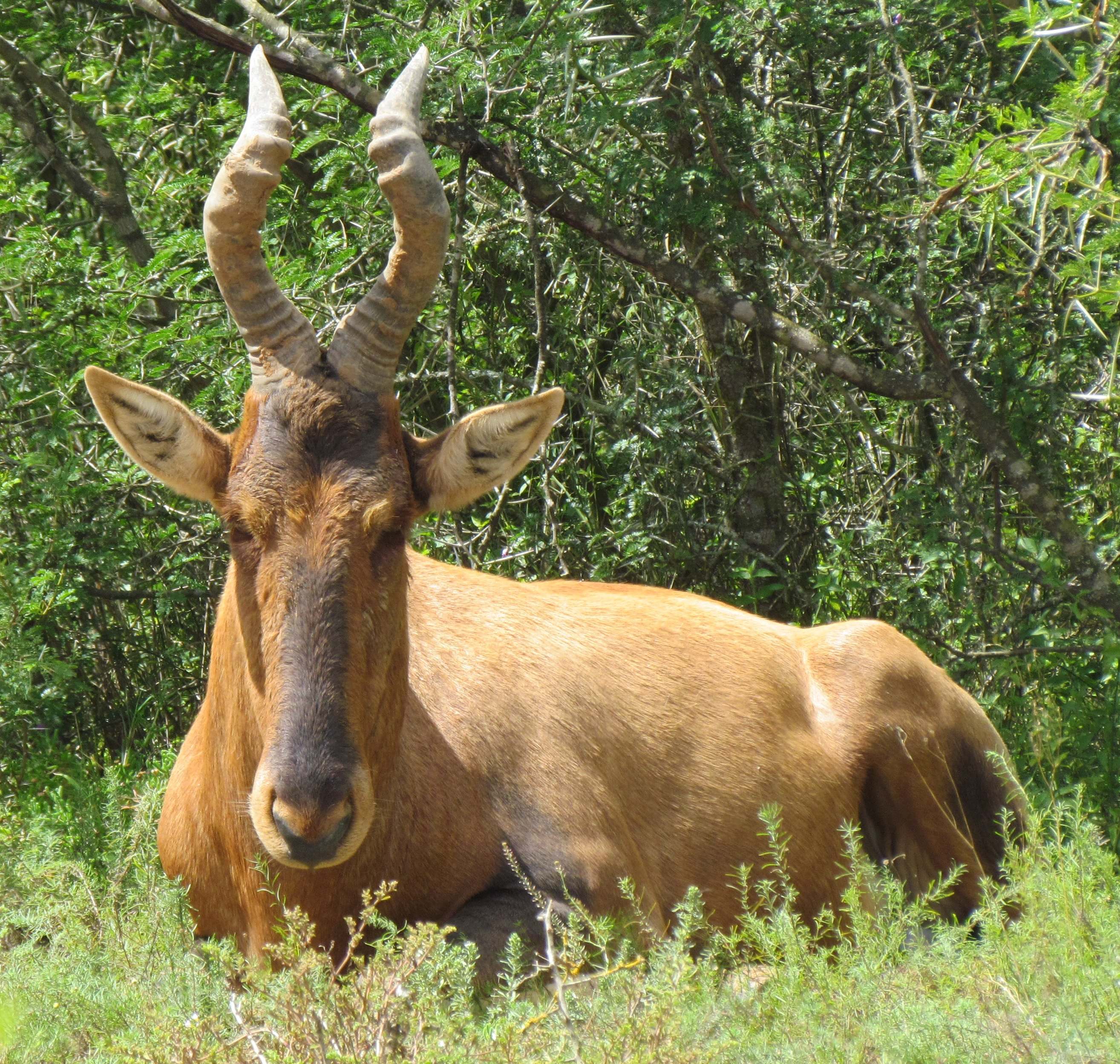 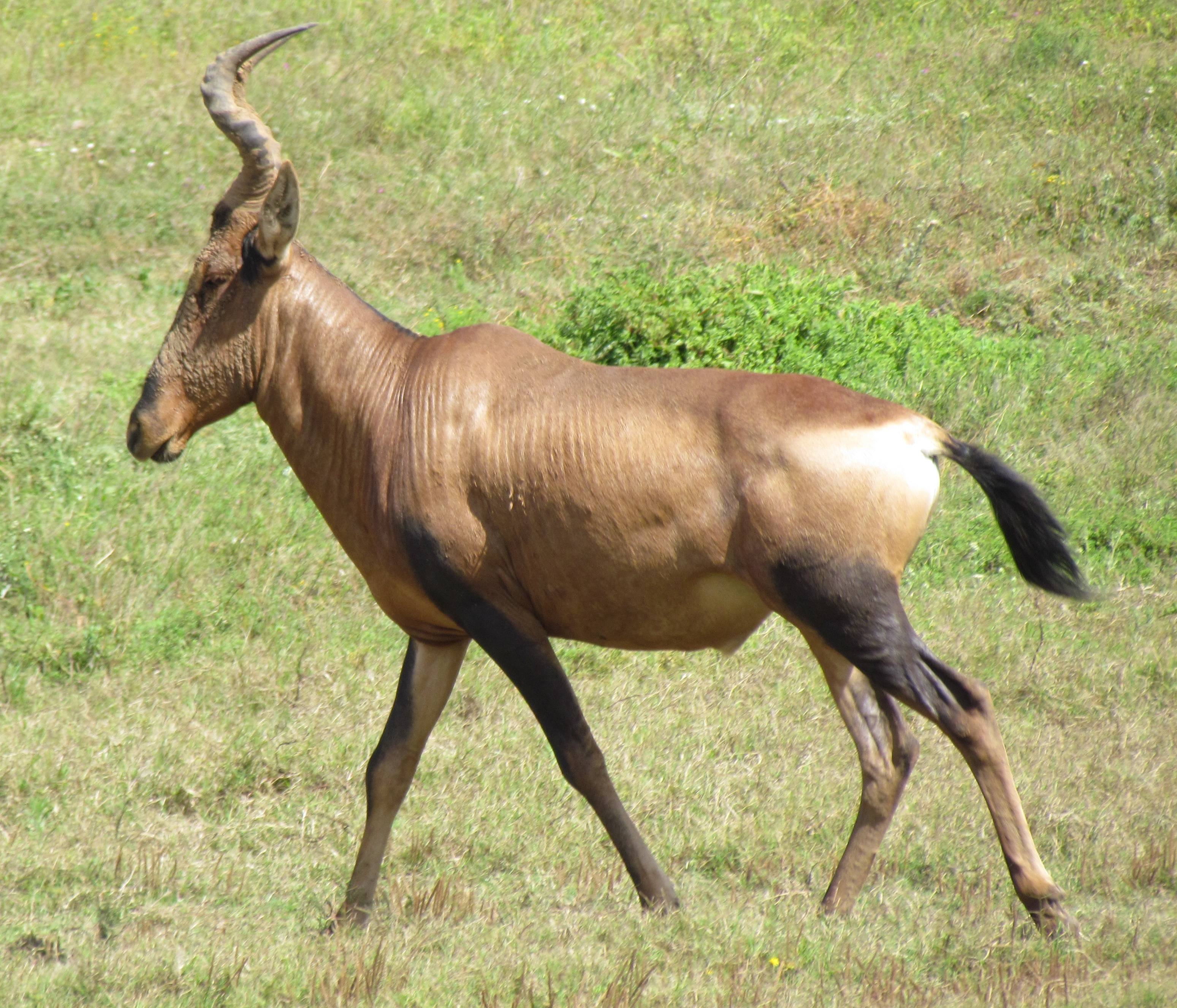 Gemsbok or South African Oryx (Oryx gazella) in long grass. They are extremely adaptable and can survive extremely arid conditions. In various subspecies, the Oryx, is native all over Africa and the Arabian peninsula. 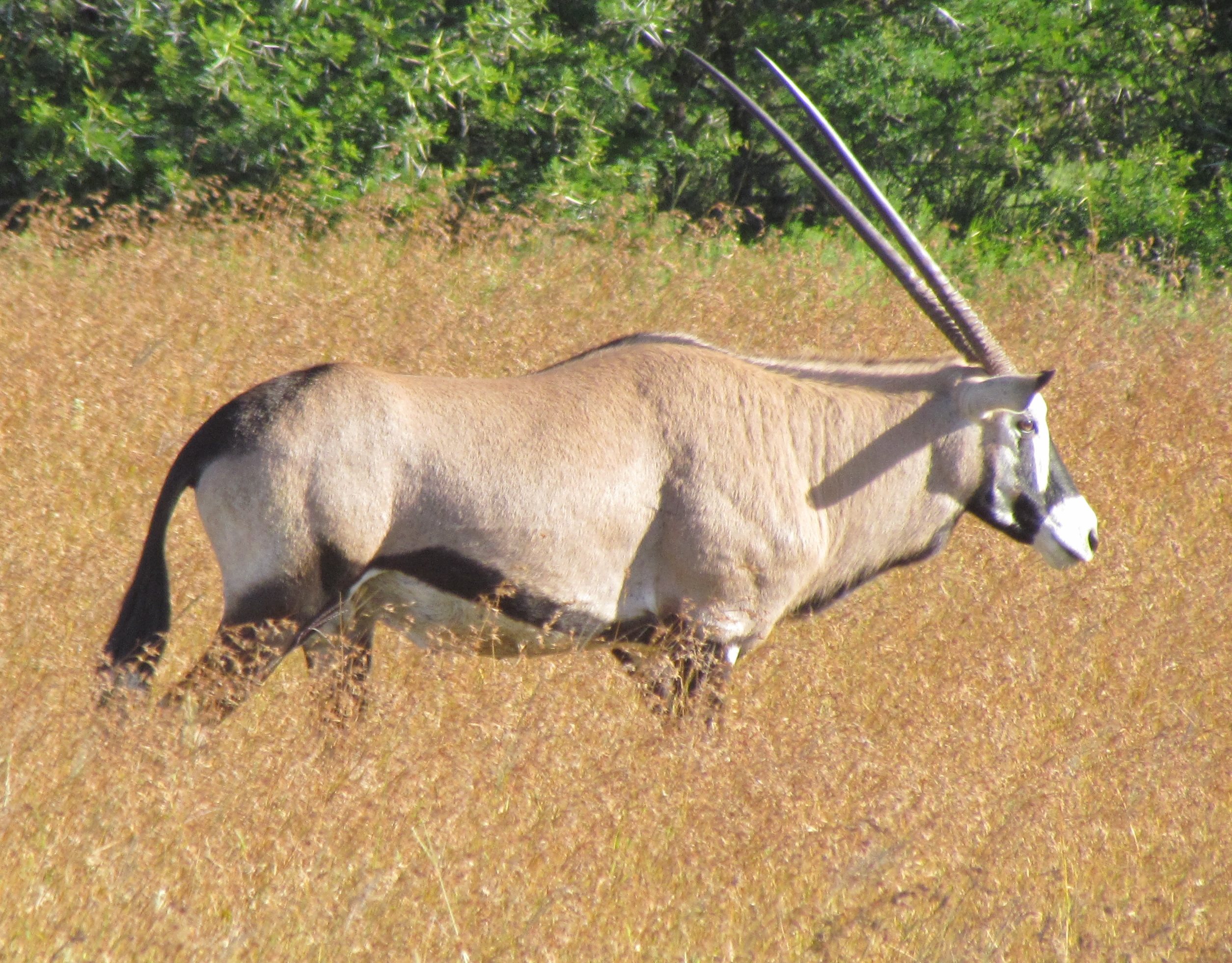 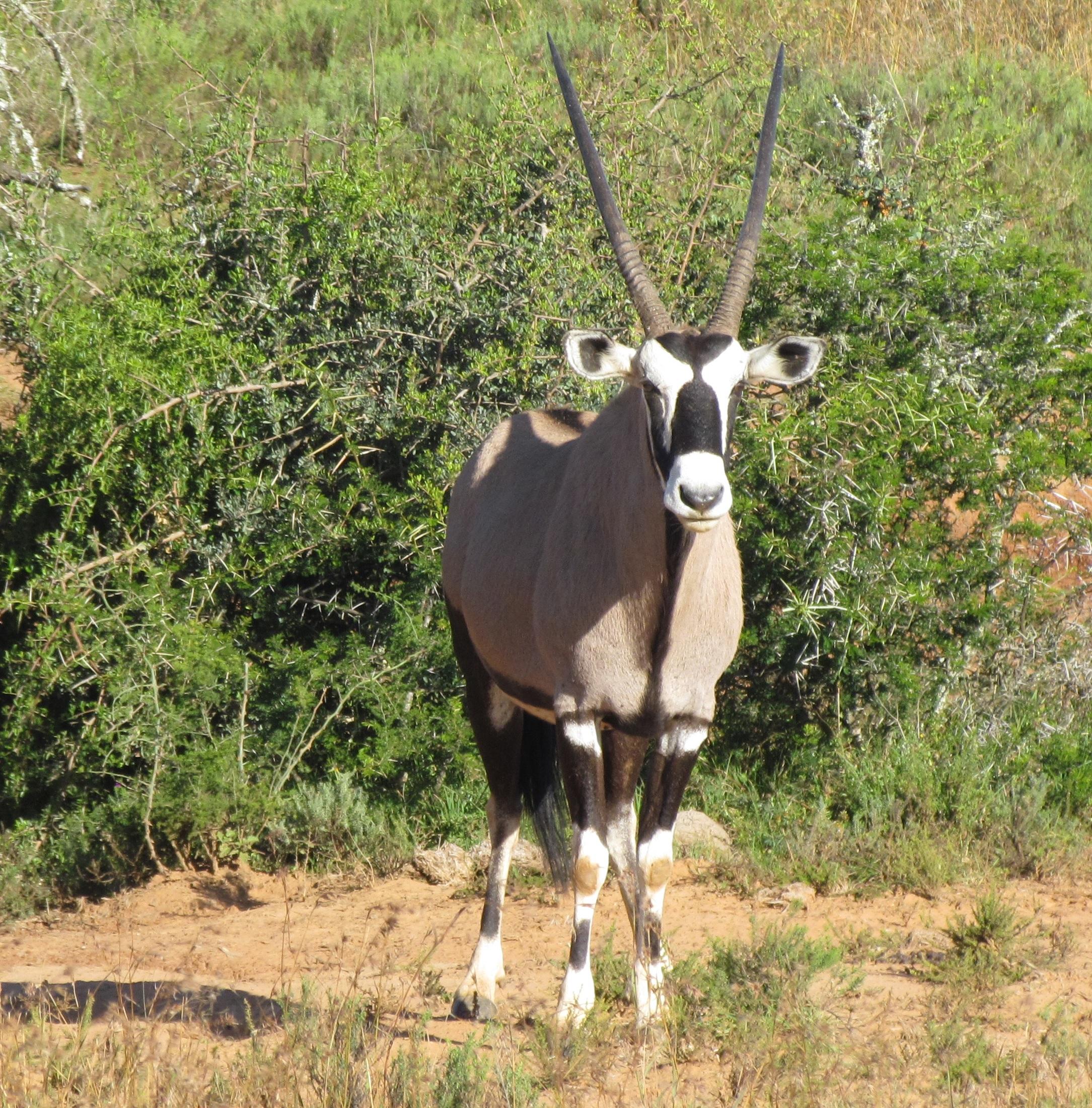 Adult Greater Kudu (Tragelaphus strepsiceros). They seem quite curious and not overly wary of humans – maybe that’s why they are a staple item on Game Park menus! 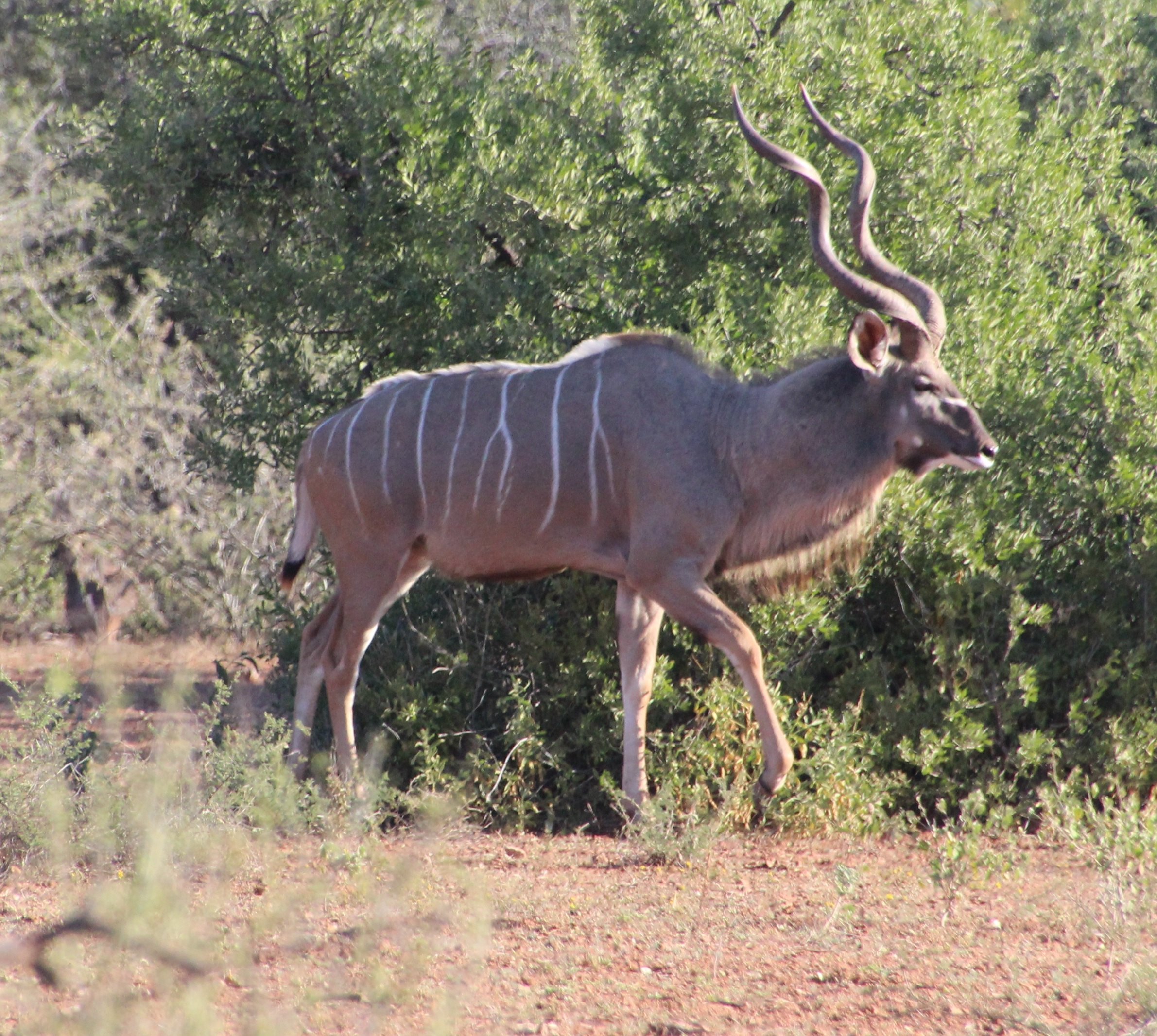 A pair of Waterbuck (Kobus ellipsiprymnus) Very distinguishable from behind as they have large white circles on their rumps. 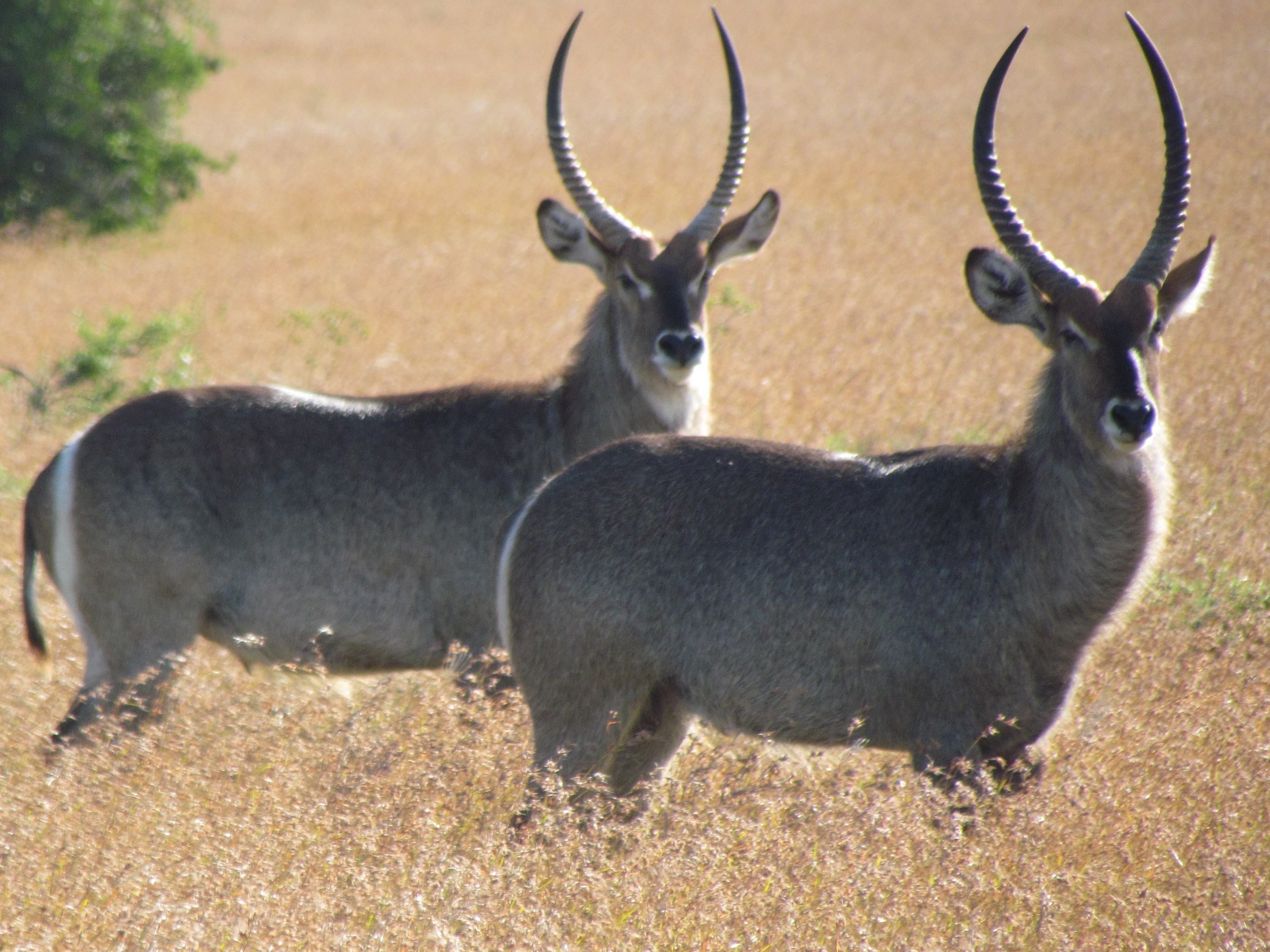 Common Eland (Taurotragus oryx) This is the second largest antelope found in Africa after the Giant Eland. 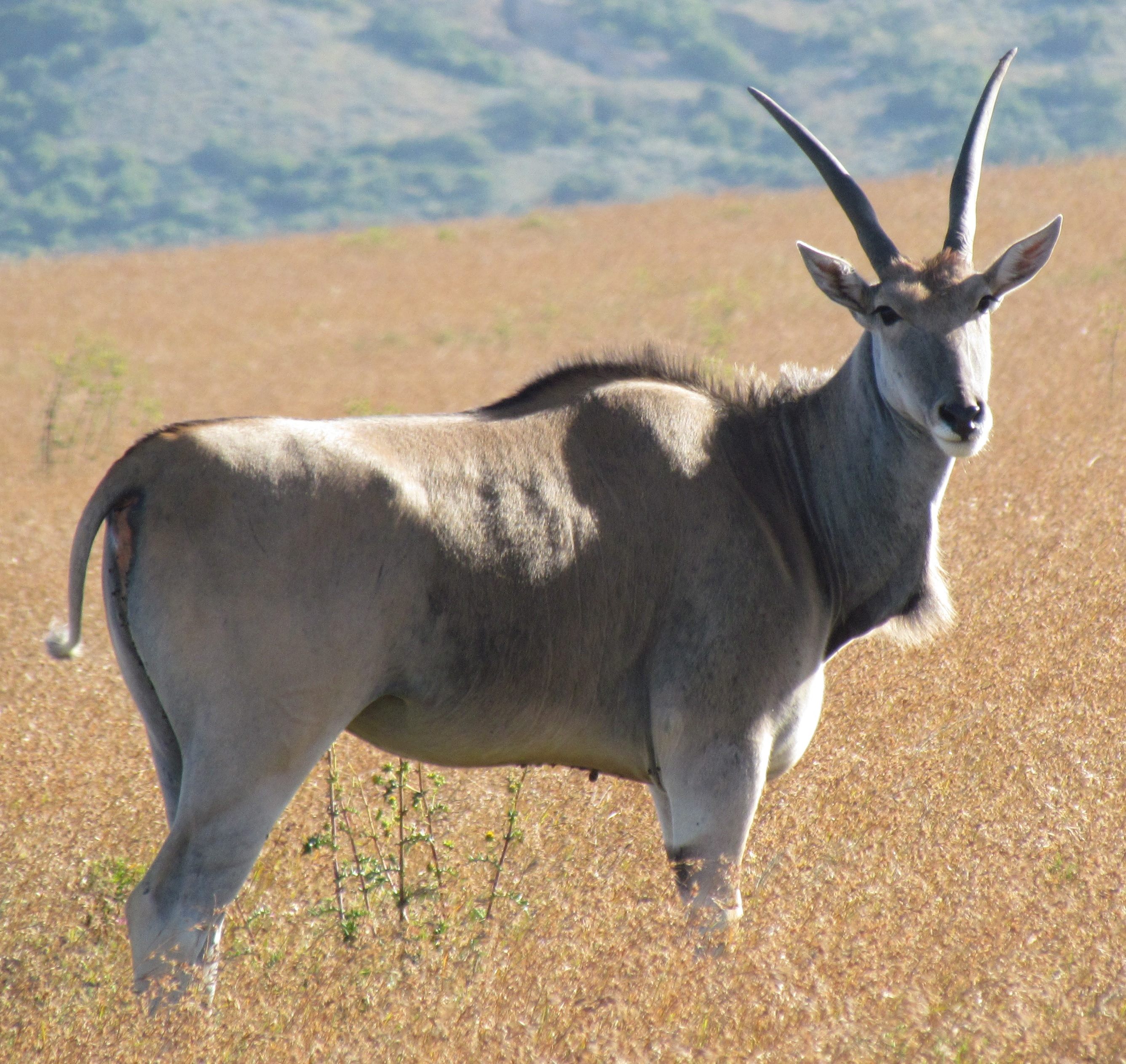 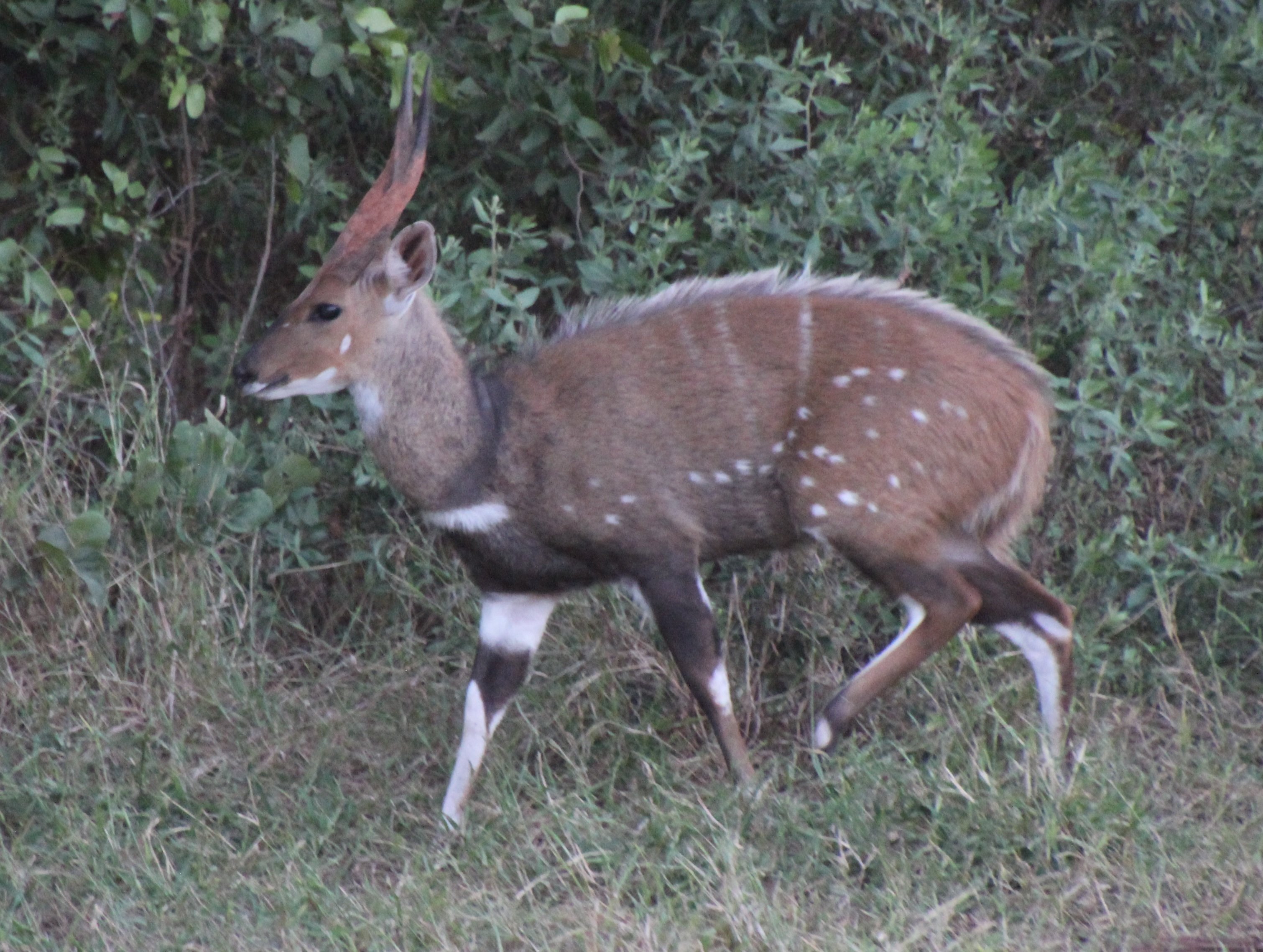 Nyala (Tragelaphus angasii) this is a male. Females are much lighter in colour. Many people consider them to be the ‘prettiest’ of the antelopes. 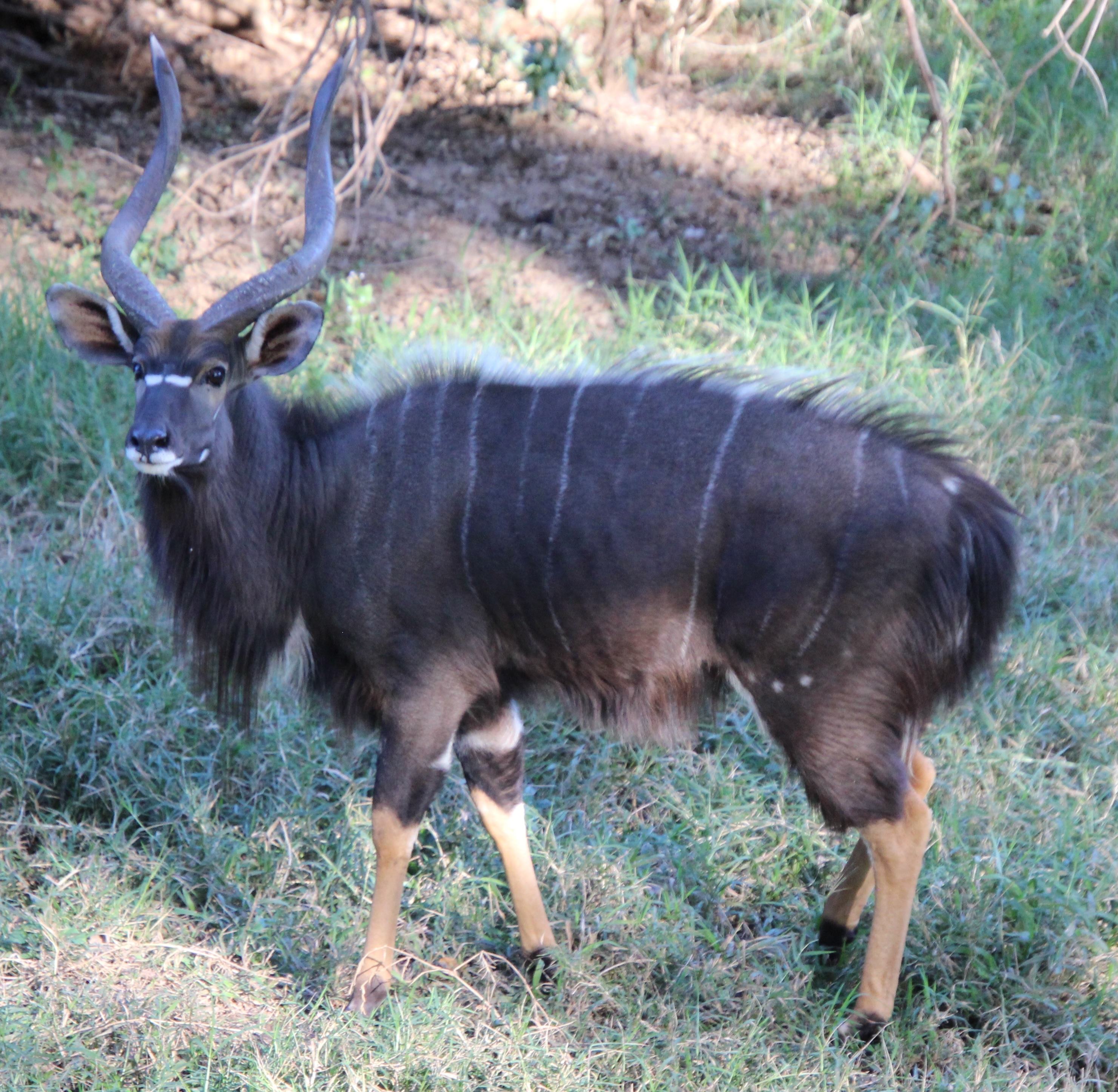 Closeup of the same Nyala. 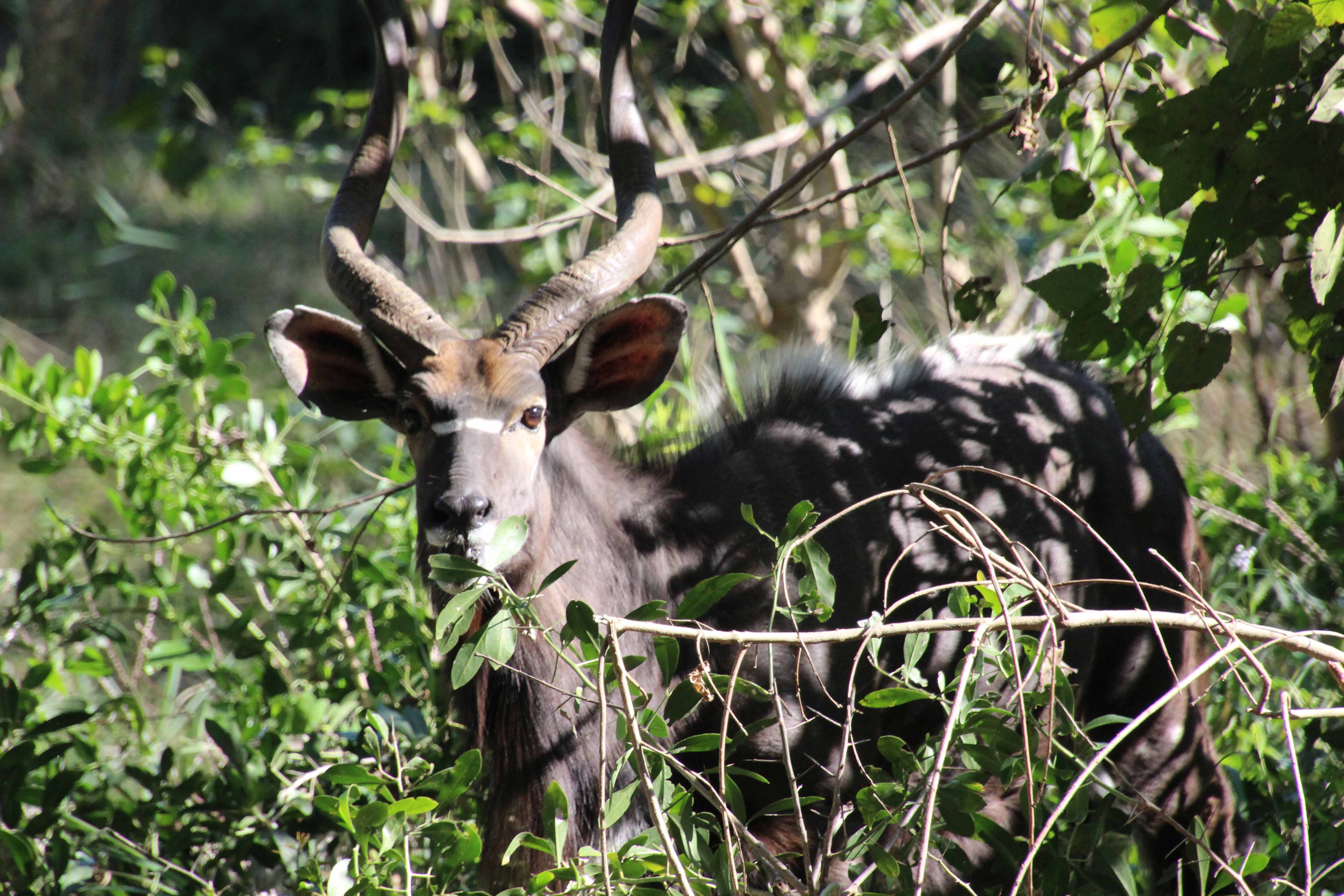 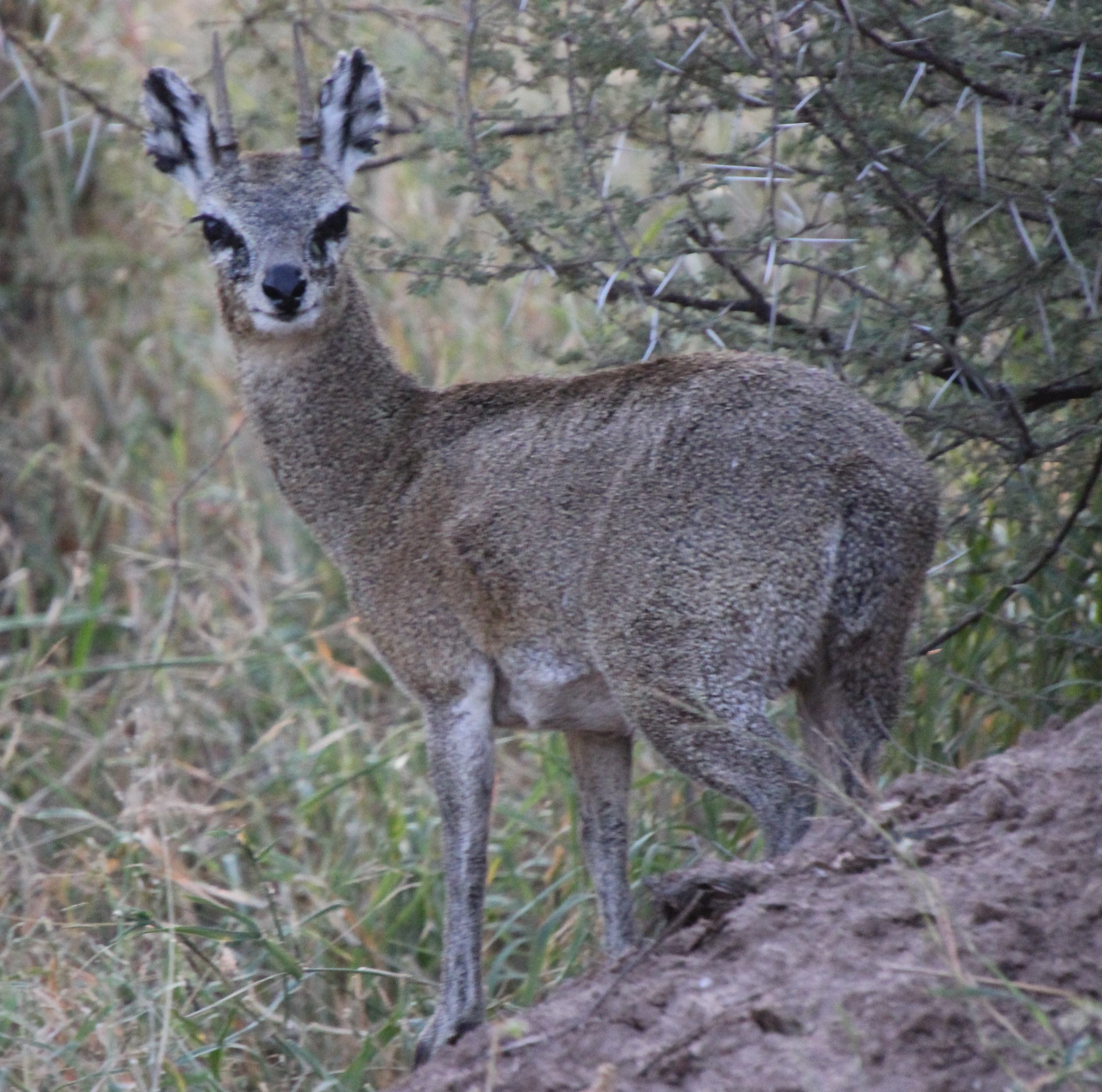 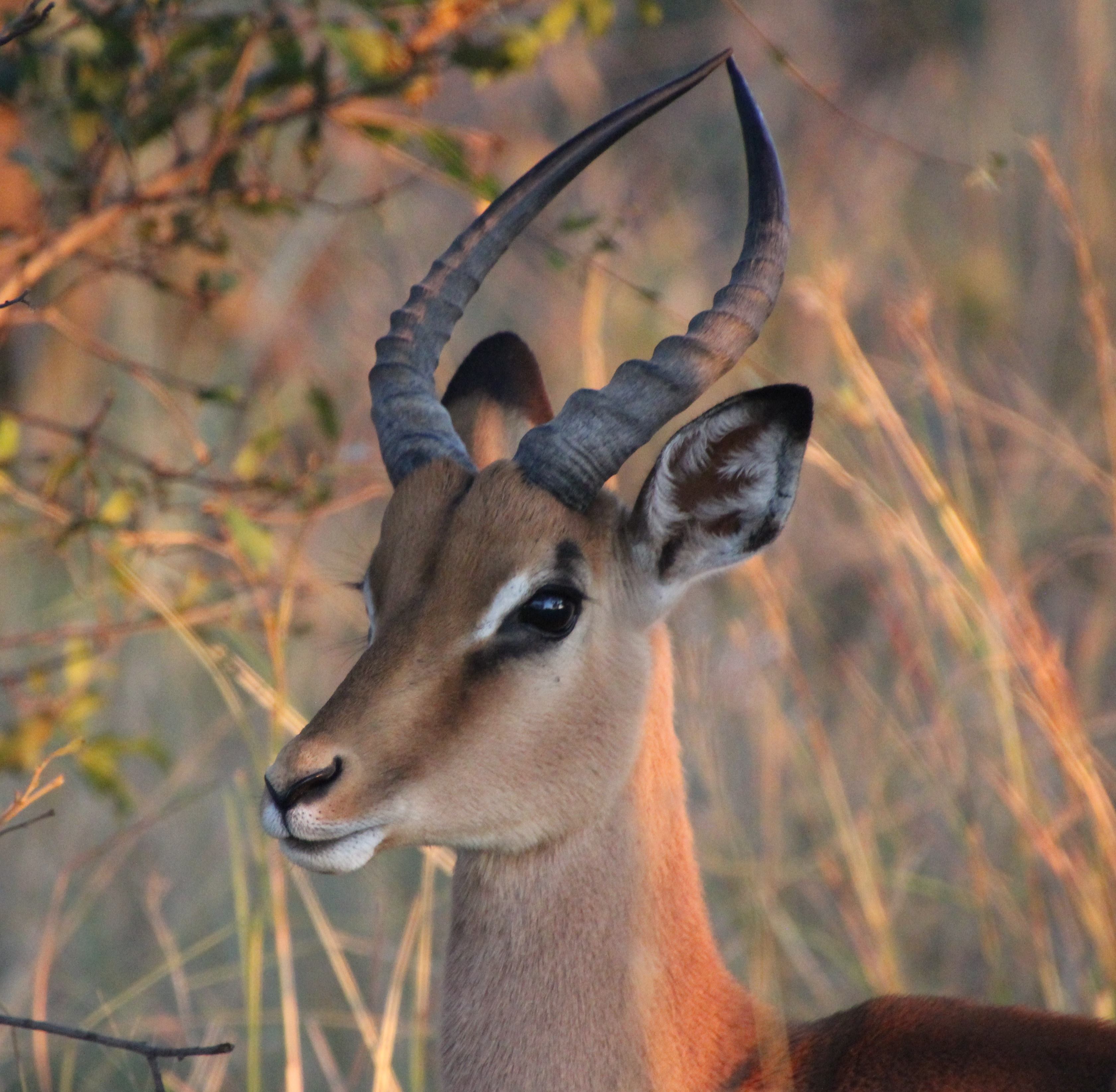 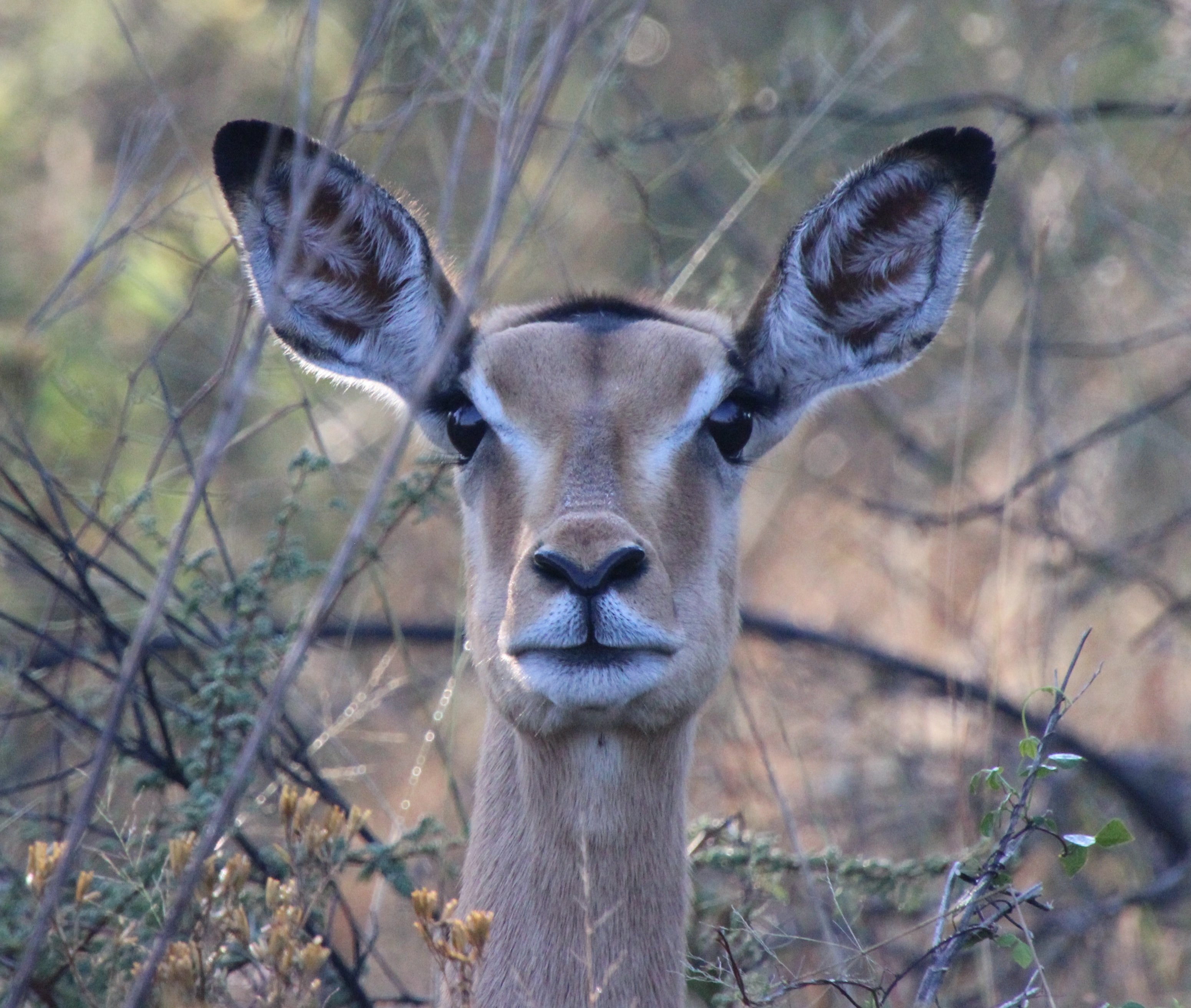 Blue Wildebeest (Connochaetes taurinus). This is the Wildebeest seen in the annual ‘Great Migration’. 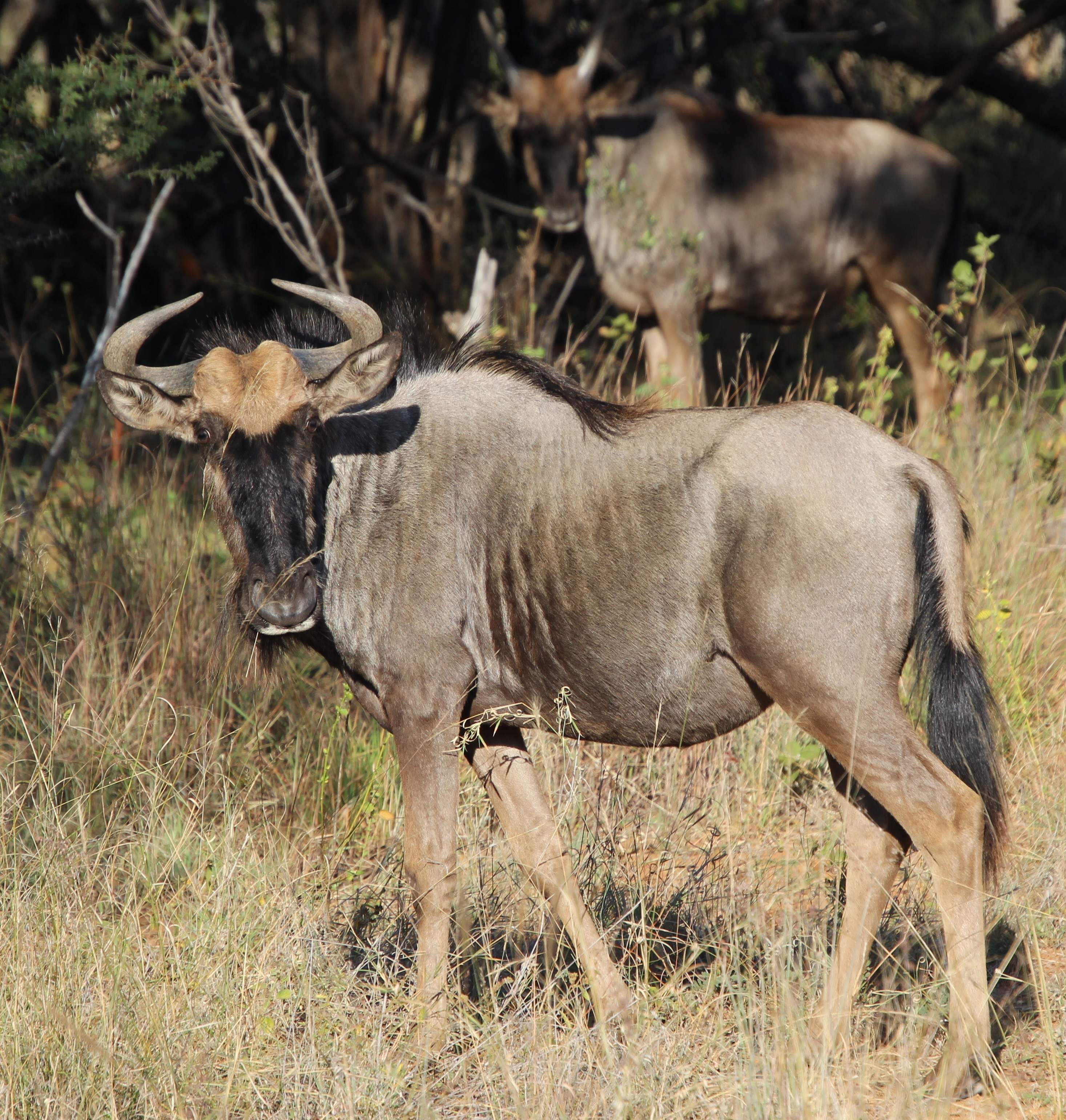 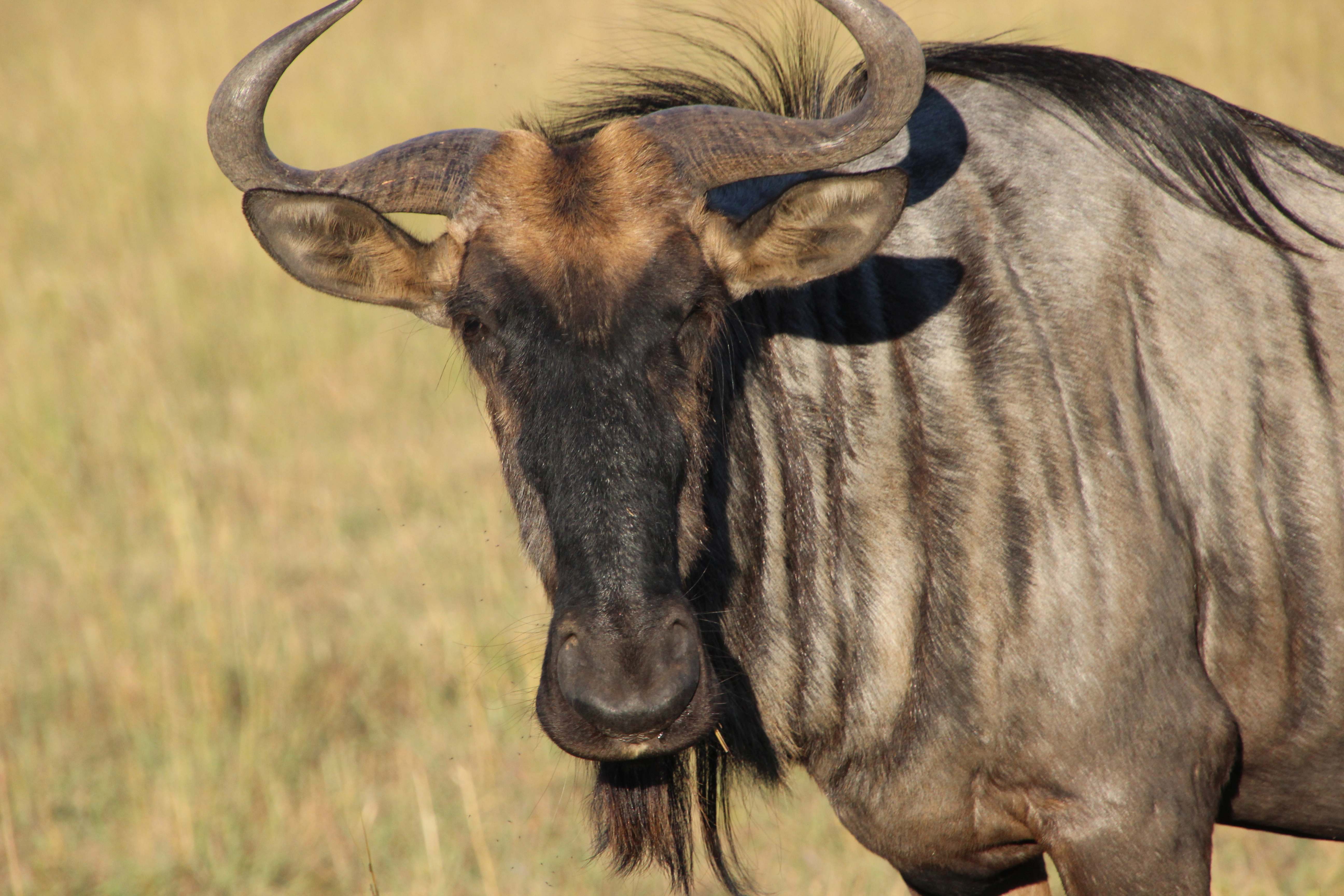 Black Wildebeest (Connochaetes gnou) This is distinguished from the Blue by the upturned horns and the white tail. They are not as nomadic as the Blues. 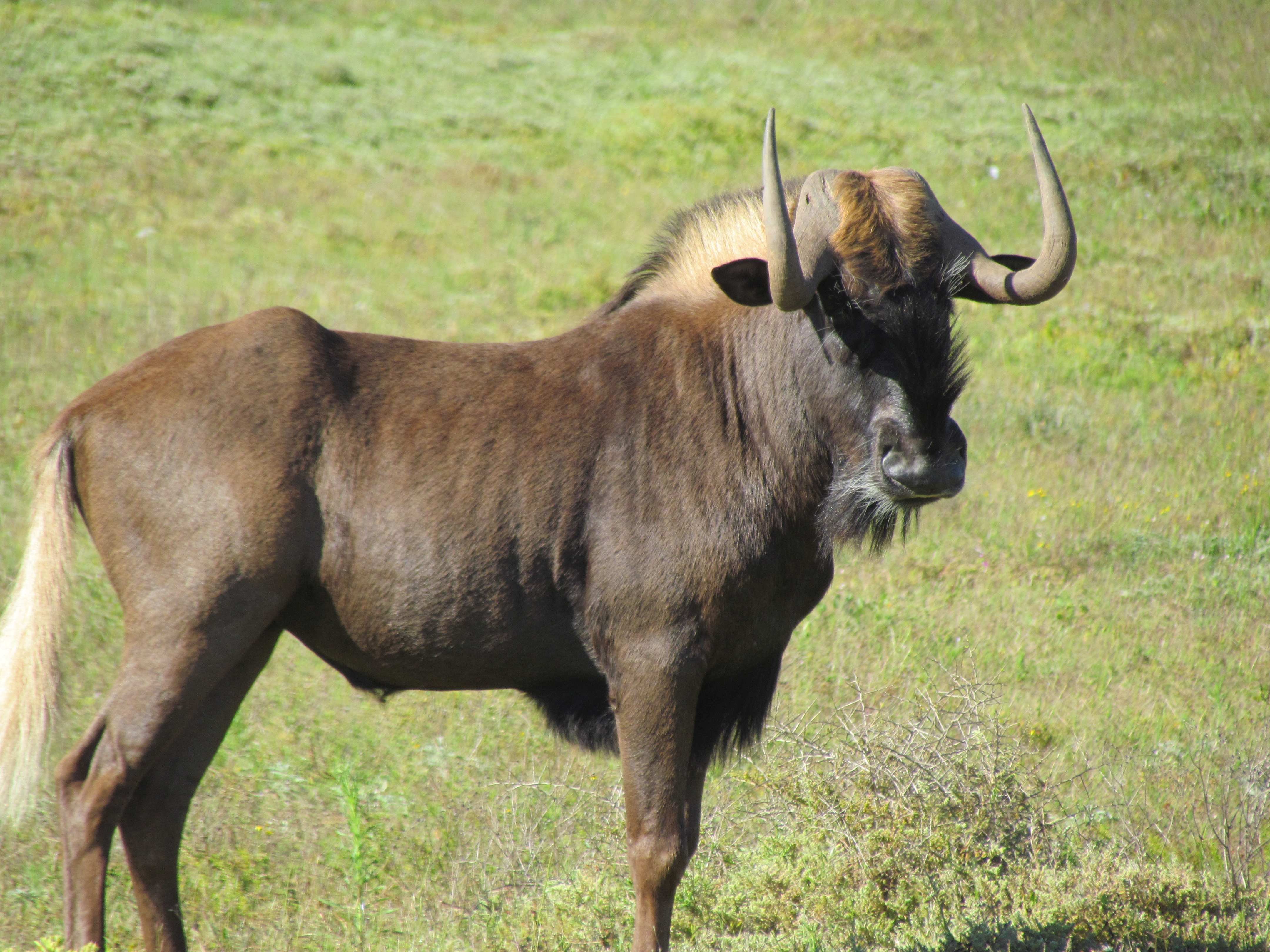 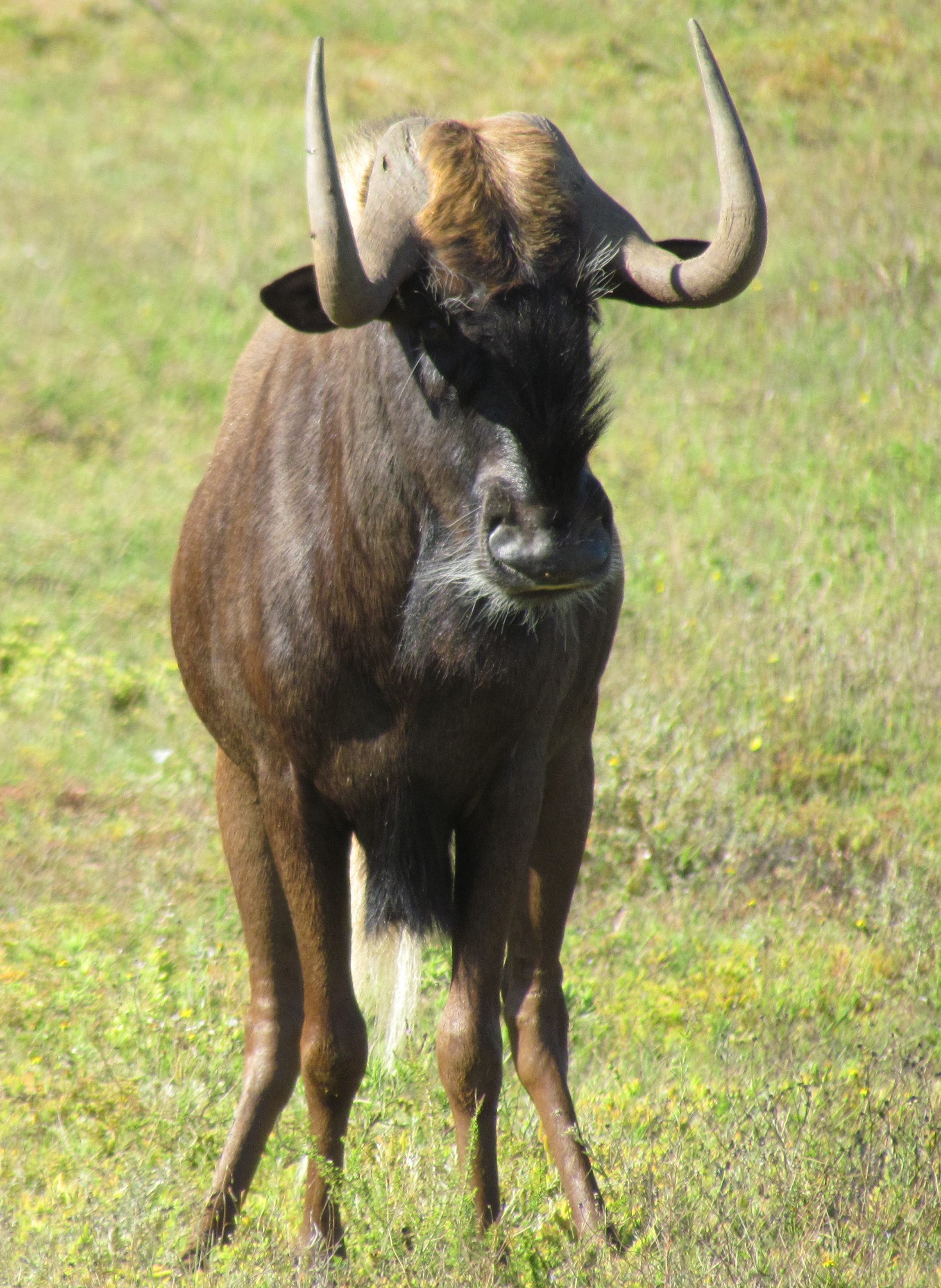