We resume our readers’ photos after the Thanksgiving hiatus. Today’s contributor is Rik Gern, who sends photos from Texas and Wisconsin. Rik’s notes are indented, and you can enlarge the photos by clicking on them.

I hope there is something in this collection of pictures that you can use for your readers’ wildlife pictures feature. This is a random collection of photos united by the theme “saved by photoshop”. Each one was an initial frustration because it bore no resemblance whatsoever to the image I had in my mind’s eye, but with the help of heavy editing I hope I was able to turn a bunch of sows’ ears into, if not silk purses, at least serviceable satchels.

The first half come from my neighborhood in south Austin, TX and most of the others are from St. Germain, Wisconsin.

It’s fairly rare that I see a Globular Drop Snail (Helicina orbiculata), but their shells are quite common. The sight of these two shells nestled together put my mind into anthropomorphic overdrive as I imagined the big one protecting and sheltering the smaller one, although both were in fact abandoned shelters. 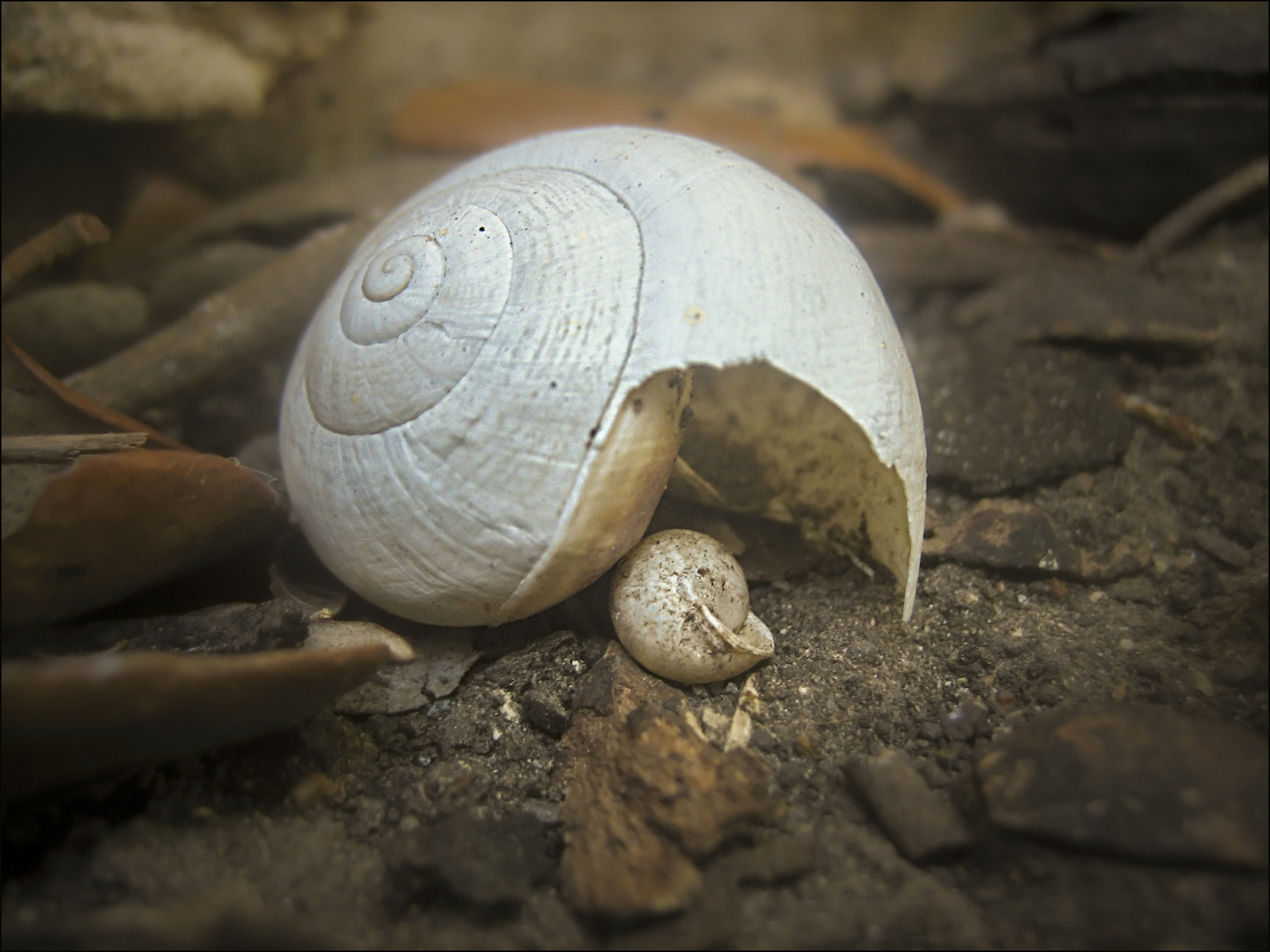 The Spineless Prickly Pear Cactus (Opuntia ellisiana) in the front yard is in a constant state of growth and decay. This one had a dry rot spreading through one of the pads. The glochids look like little puffs of cotton, but don’t be fooled; they harbor spines that are just as painful as the ones on the healthy part of the plant! 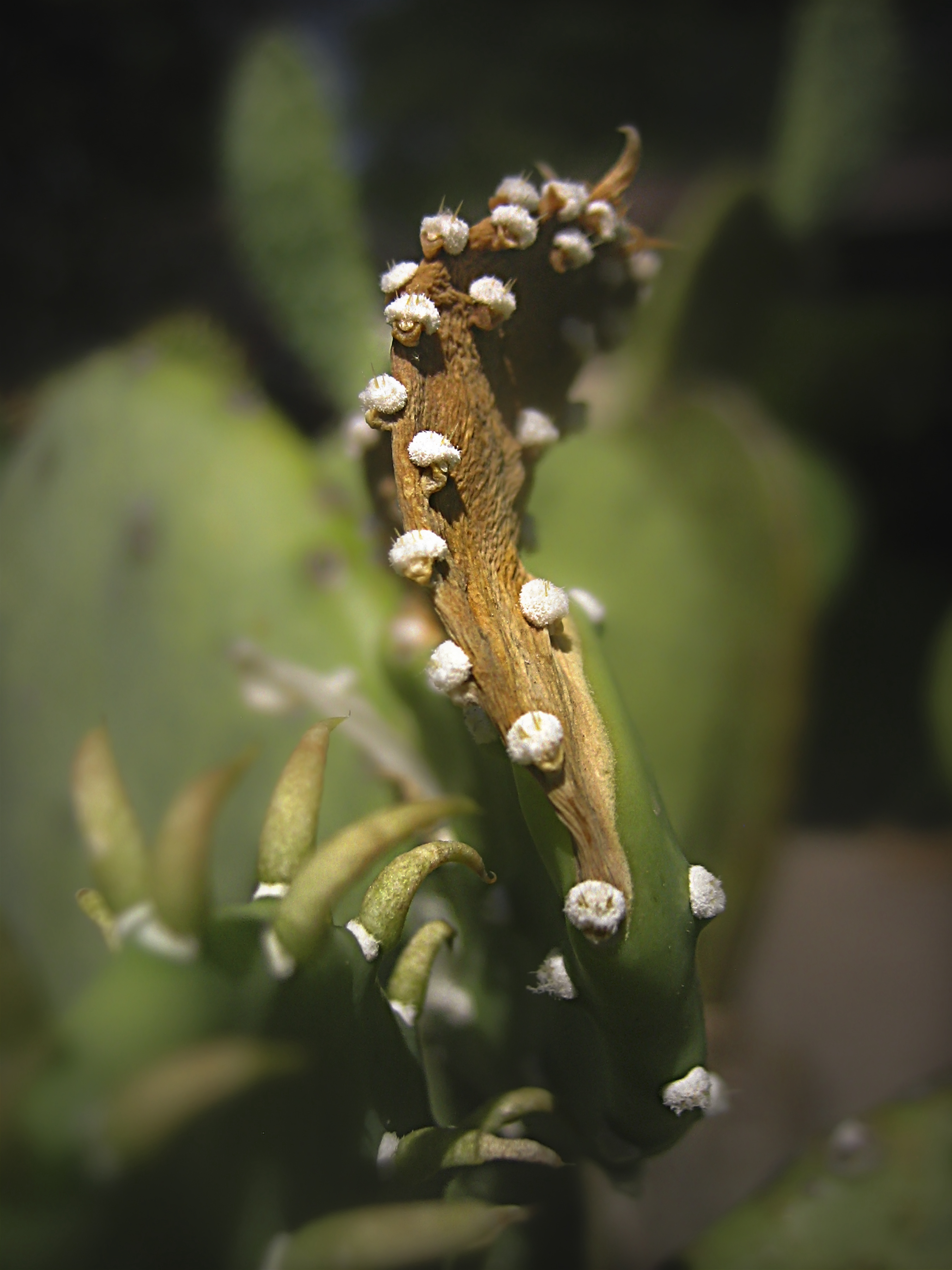 Pink Woodsorrel (Oxalis debilis) is a lovely little wildflower that pops up every spring and summer. They always catch my attention and look like they’d be photogenic from any angle, but they don’t always stand out to the camera, so I tried playing with extremes of light and dark to make these “pop”. 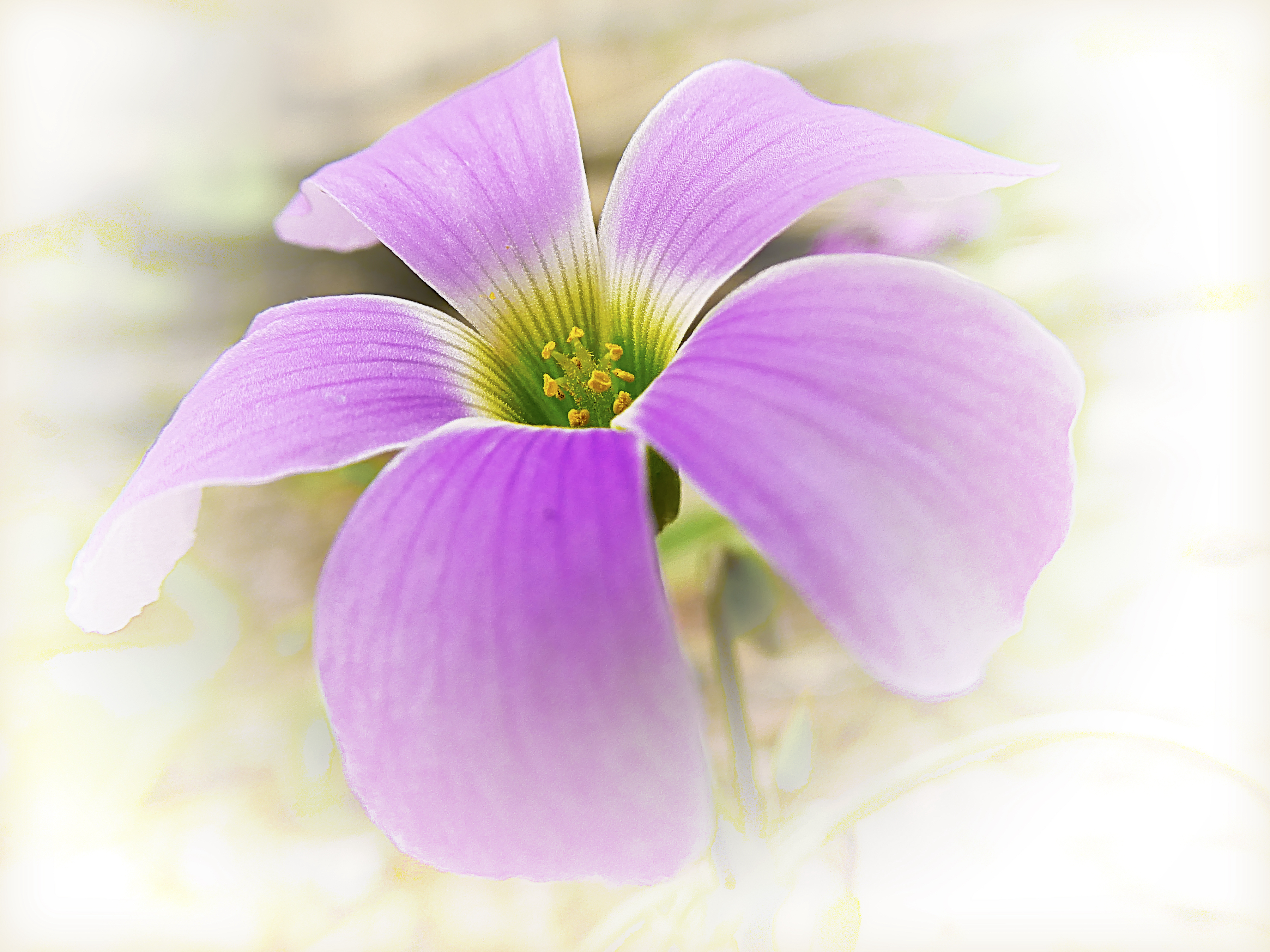 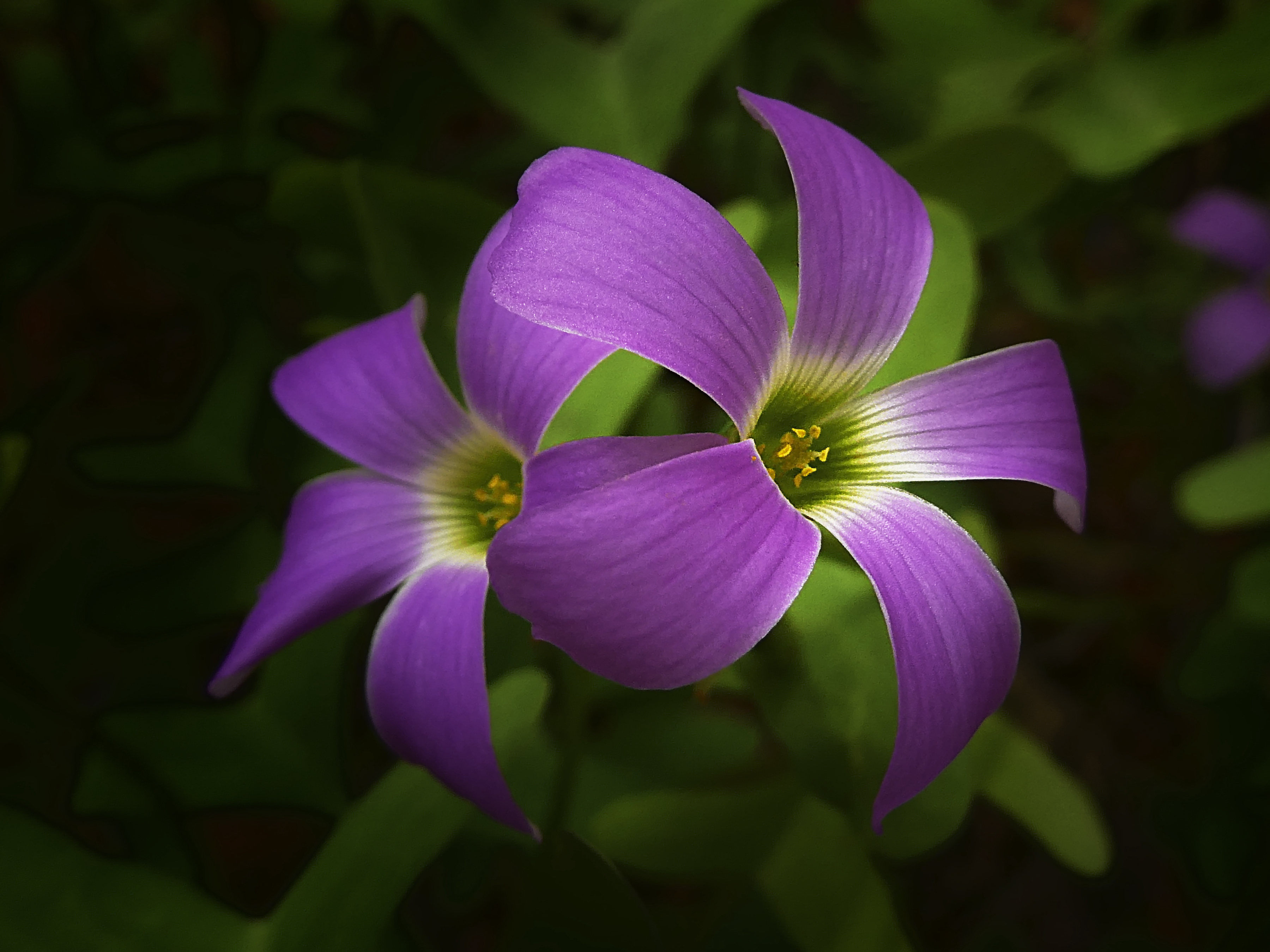 Every now and then you see a blossoming Century Plant (Agave americana) in Austin. I’m glad I got a picture of this one, because the next time I came by not only was the blossom gone, but the leaves were hacked into short stumps that made the entire plant fit in the grassy area between the sidewalk and curb.

Traveling north to Wisconsin, the pictures of the pine trees were taken on a foggy morning. The scene was beautiful to the naked eye, but the pictures just looked overexposed, so I had to play with photoshop’s “water color” filter, among others, to try to do justice to the look of the morning fog. (I believe the first photo is red pine [Pinus resinosa] and the second is balsam fir [Abies balsamea].)

You’d think it would be easy to get a good picture of a Marginal Wood Fern (Dryopteris marginalis), but none of the ones I took really stood out, so I just went to town with one of them and “electrified” it!

Back to Texas for this one. I can’t remember where it was taken but it was somewhere in central Texas in the springtime. I believe it is a Star of Bethlehem flower (Orthinogalum umbellatum), but I’m not sure. The little flowers are pretty, but I had to really exaggerate the sharp and soft focus in the foreground and background to make this one show up. I got a little obsessed with it and three or four days and two versions of photoshop later it morphed into something that looks like Georgia O’Keefe meets the Day of the Dead!!! (last photo): 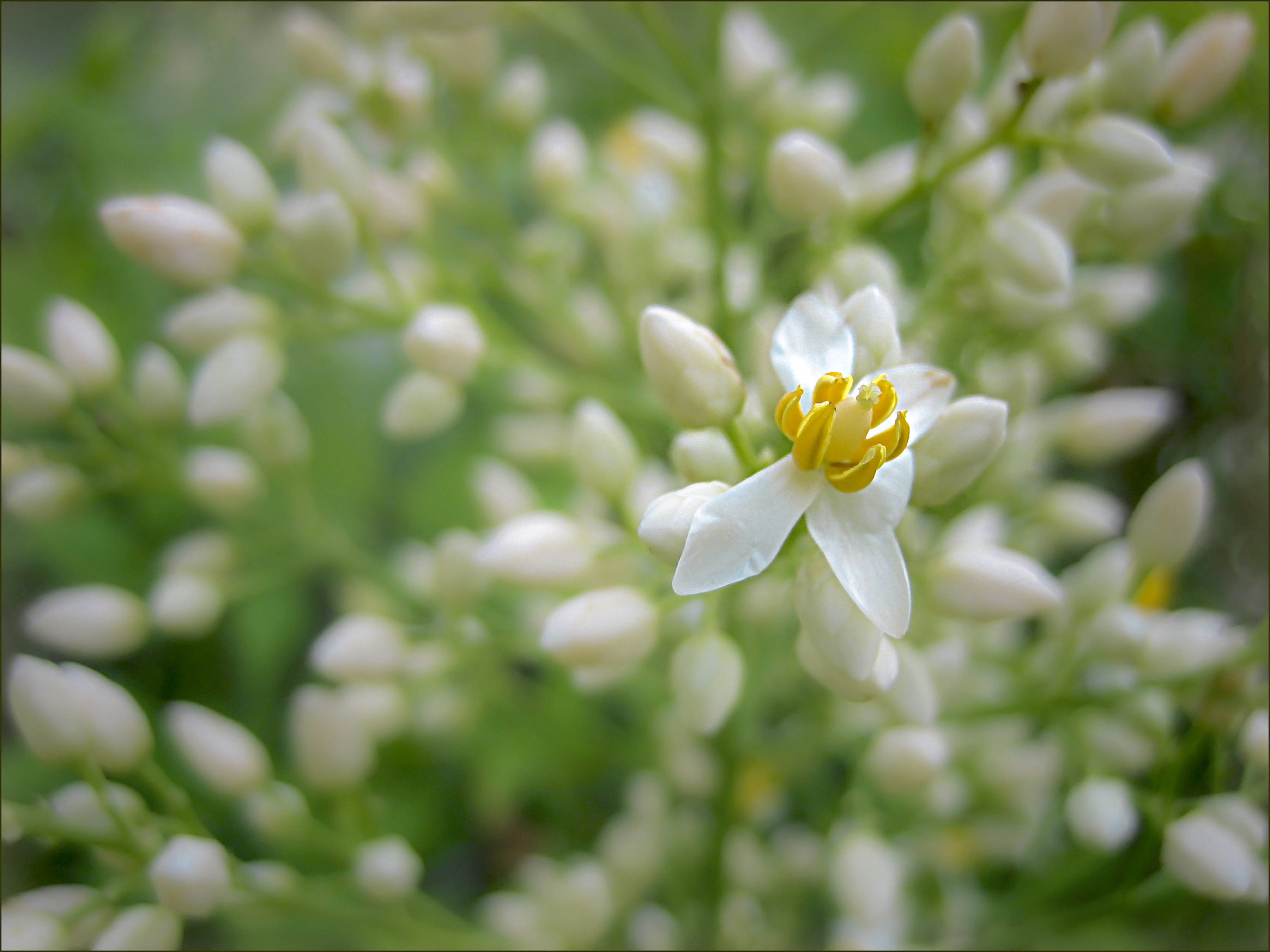