Elizabeth Holmes is now in court, facing sentencing on four counts of wire fraud for the Theranos startup case. Both prosecution and defense are making long arguments about her sentence, and it has’t yet been pronounced. It will come down within a couple of hours.

Holmes faces up to 20 years in prison, but the prosecution has asked for 15 years and a fine of $800 million. The defense, however, has asked for 18 months, preferably served in home confinement. In such cases the judge usually pronounces a sentence close to what the prosecution recommends. My own prediction was ten years. It will undoubtedly be served in a cushy federal prison in California.

You can watch the livestream by clicking on the screenshot below, but since it’s a federal court, cameras aren’t permitted. What you’ll see is up-to-the-minute news. 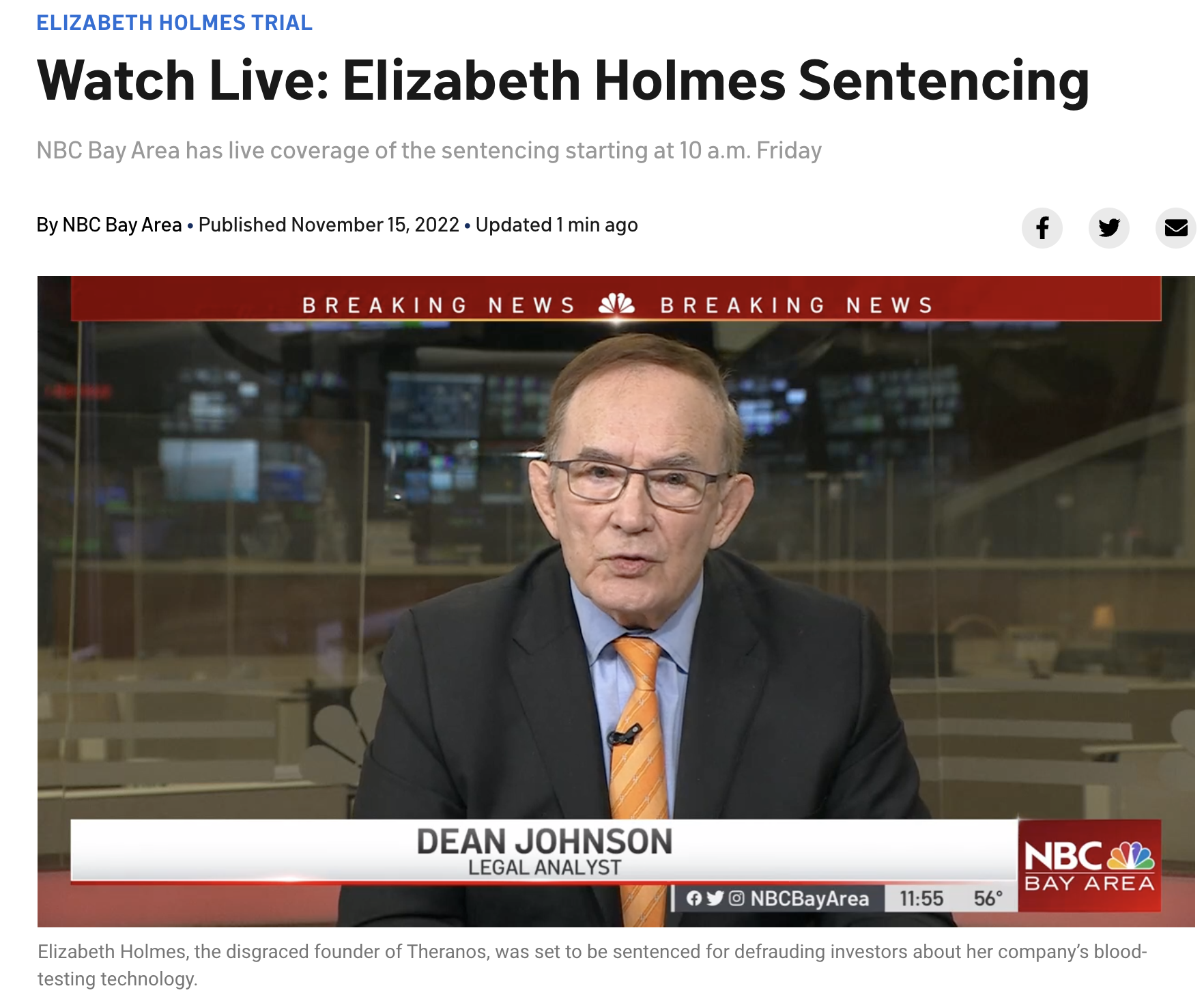 Here’s a video of her arrival in court.