Today’s batch, from Graham Wallis in New Zealand, features DUCKS, my favorite bird. Even better—it involves rescue of baby ducks!  Graham’s notes and IDs are indented, and you can enlarge his photos by clicking on them.

My wife and I live out on the Otago Peninsula, NZ, surrounded by steep pasture and some native bush. 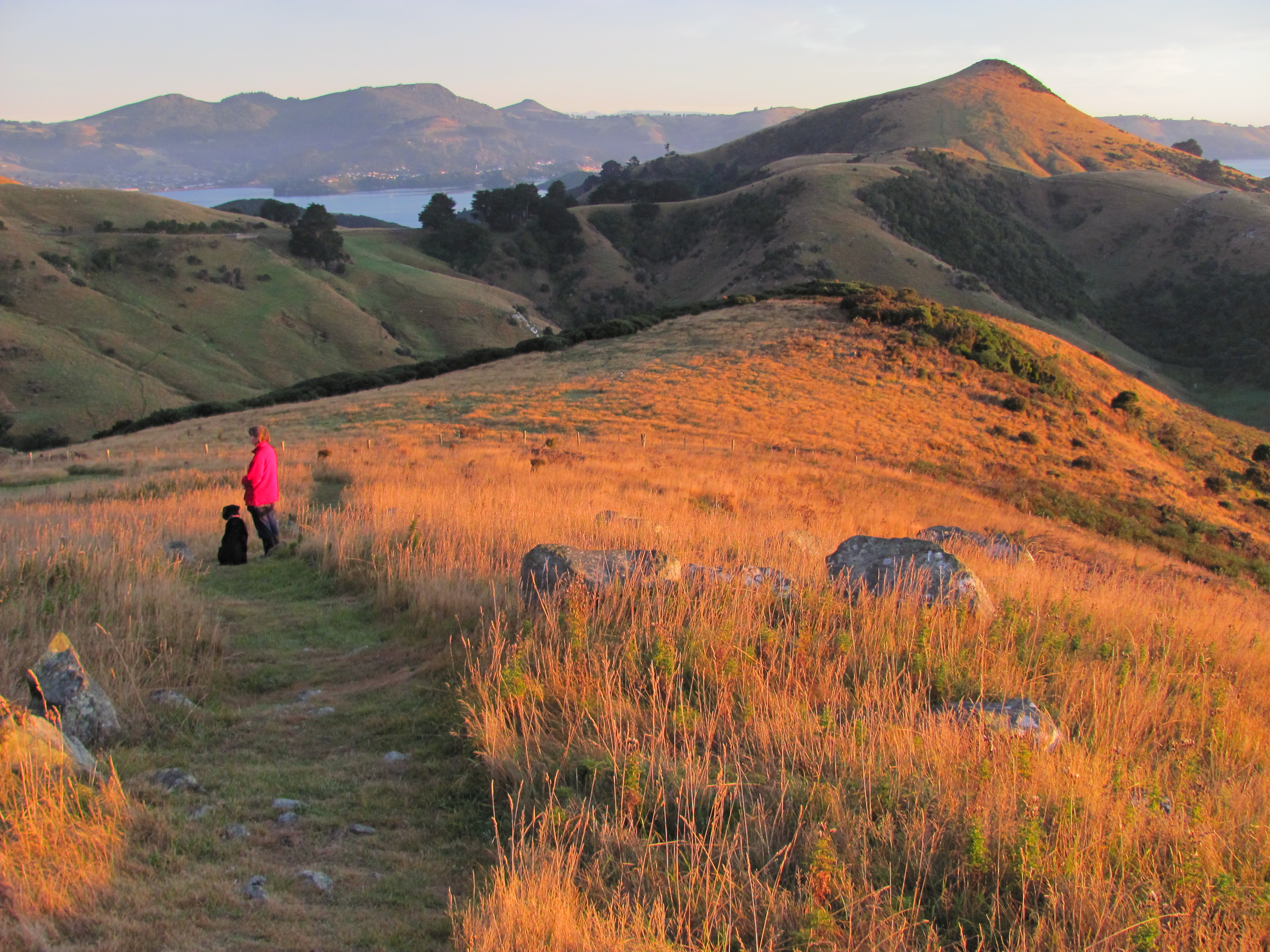 In October, small numbers of Paradise (shel)duck (Tadorna variegata) start to come and go on the hill opposite, presumably sorting out mating pairs. The species is unusual in that the female is more striking with its white head. Curiously too, there is often an excess of females, almost like a reverse lek. This seems to be the case wherever you see them at whatever time of year. I don’t know whether it reflects true sex ratio, or that females are just more noticeable, or whether there is a pool of males hiding out somewhere else.

Strangely for ducks, they will often perch on rocks or the branches of the large Monterey Cypress (Hesperocyparis macrocarpa) that dot our landscape. 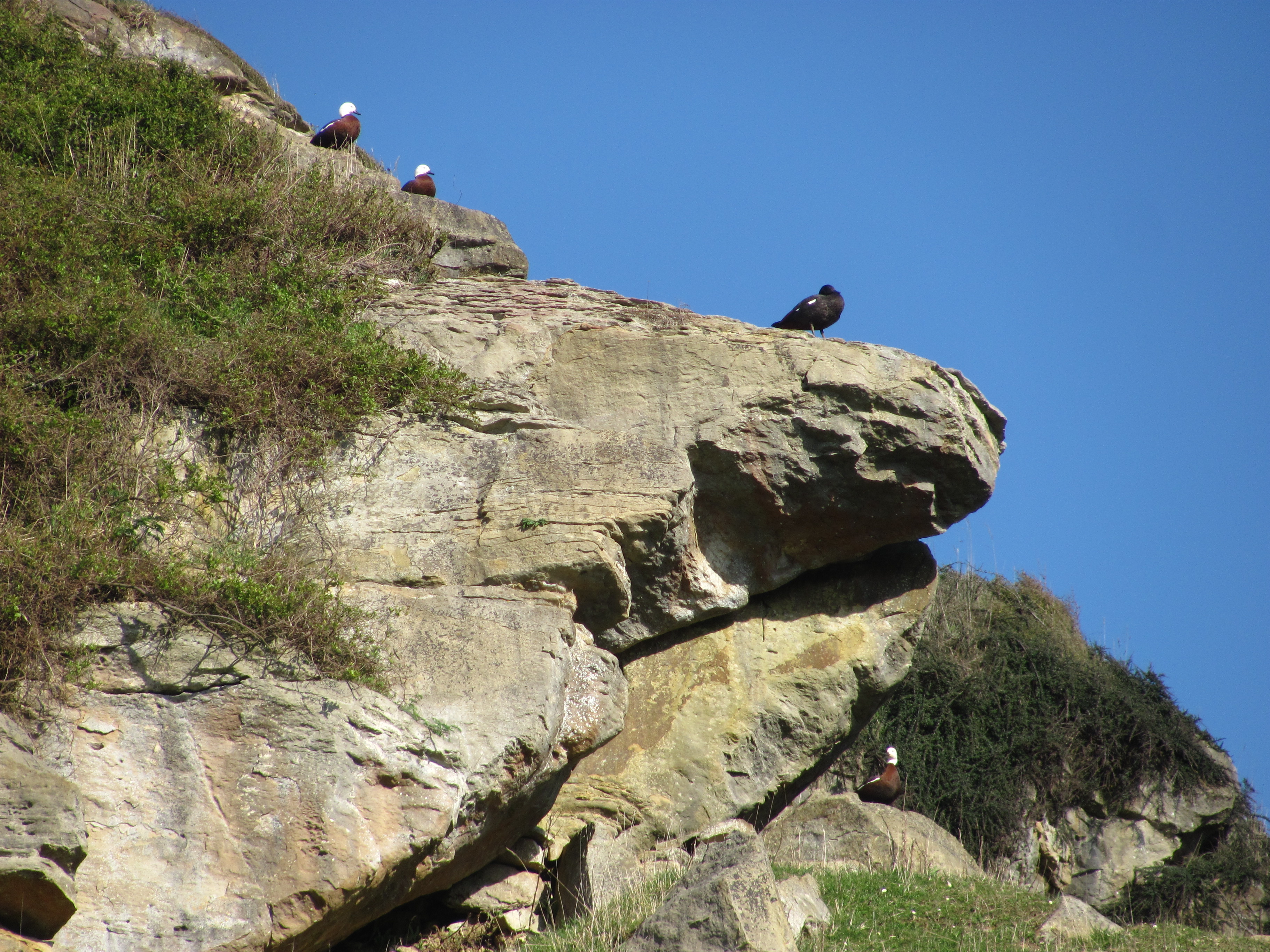 Six years ago, Lise went down to the front gate to check the mail and two little humbugs came running up to her. Lorenz was right! There is a small pond down the road, and these two were presumably late hatchlings that got left behind. We never saw the parents or sibs. 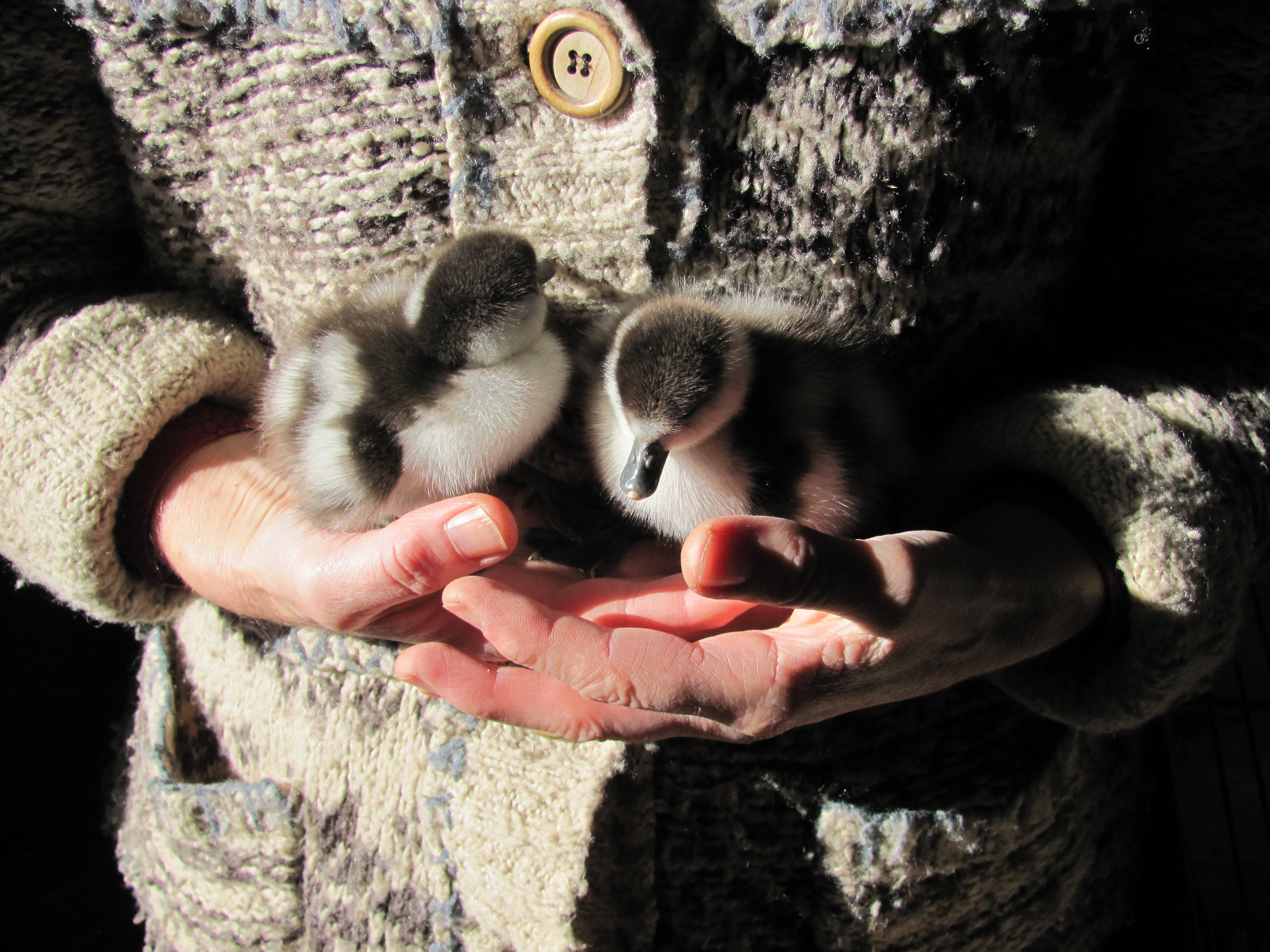 Lise gave the “little ones” a box with blankets to snuggle under, and fed them mashed peas. 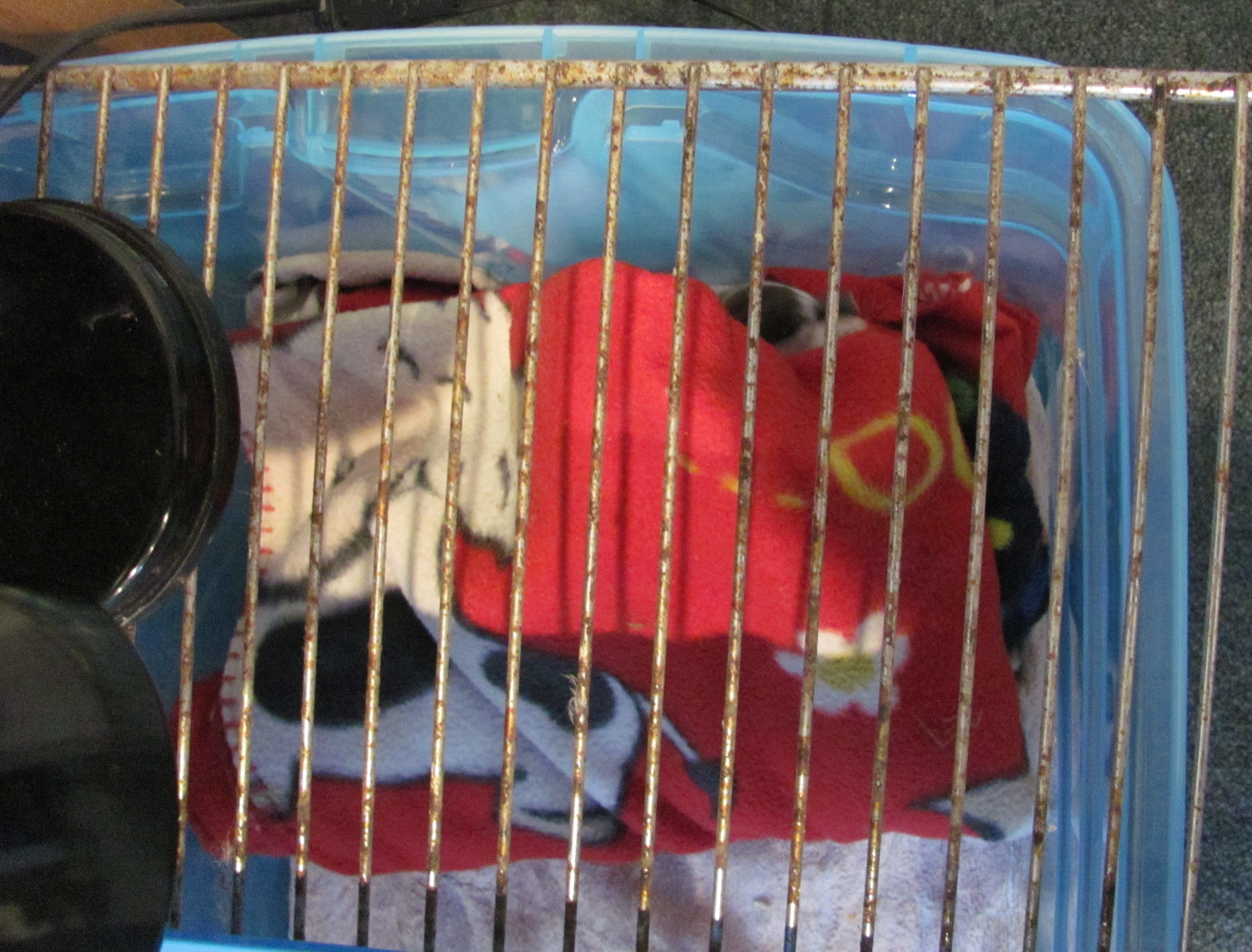 After 9 days, we gave them their first pond: a shallow roasting tray (they didn’t appreciate the irony). They took to it like… well, you know the rest. This also served as their christening. The 2016 US election was on so you can guess the names: Donald & Hillary, of course. 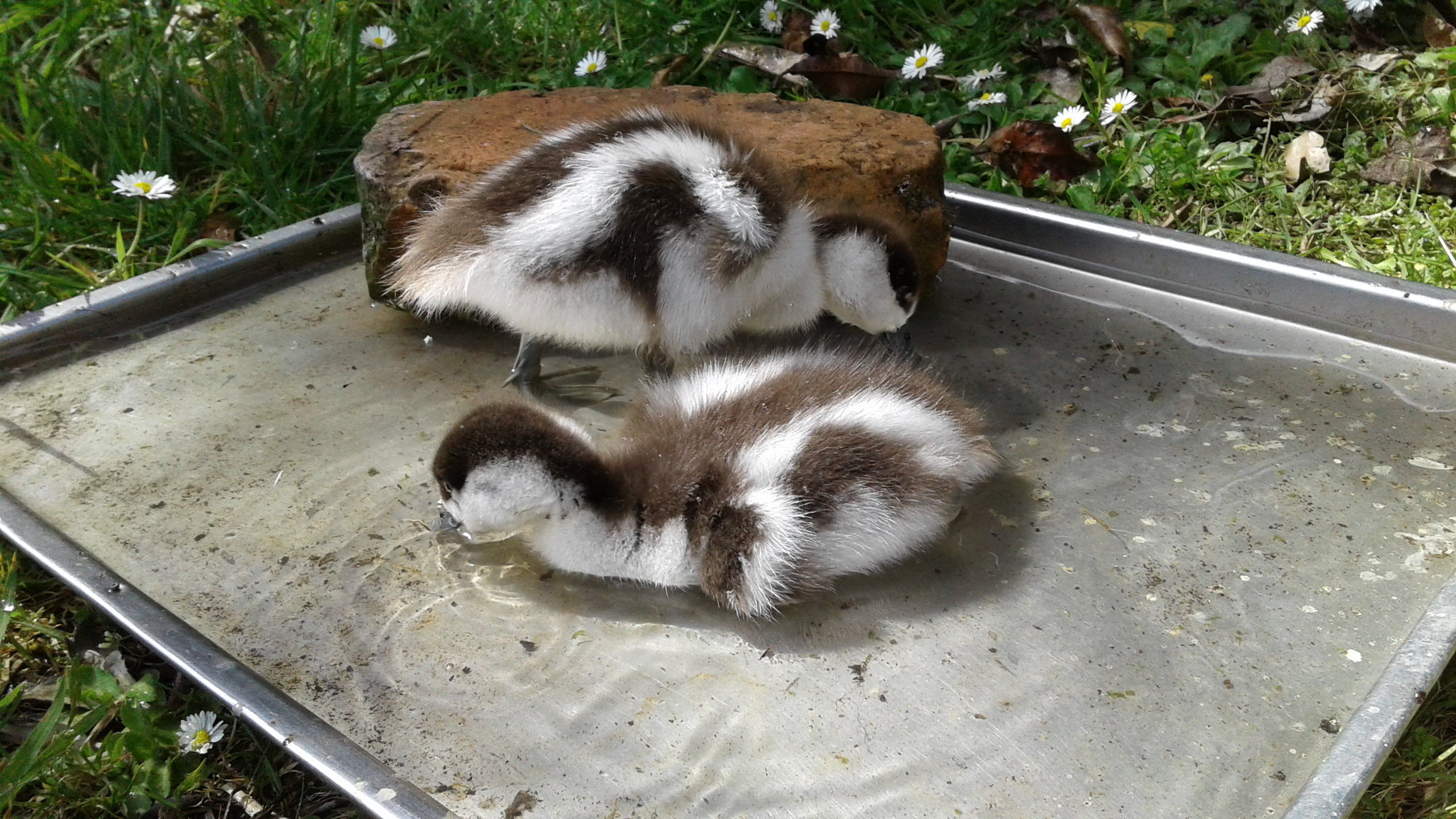 They soon needed a bath upgrade: 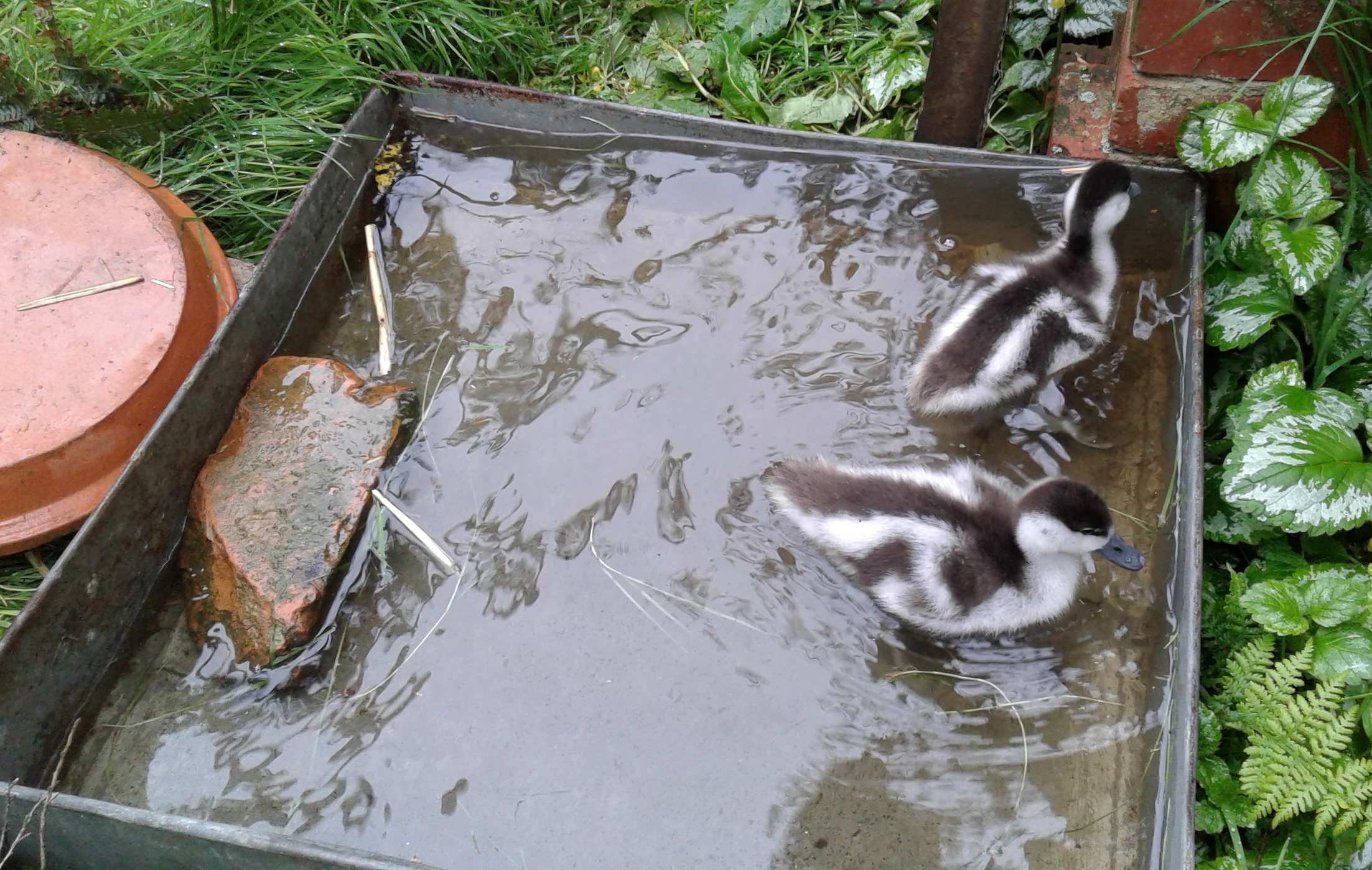 After 16 days, we made a small enclosure to let them graze on the grass: 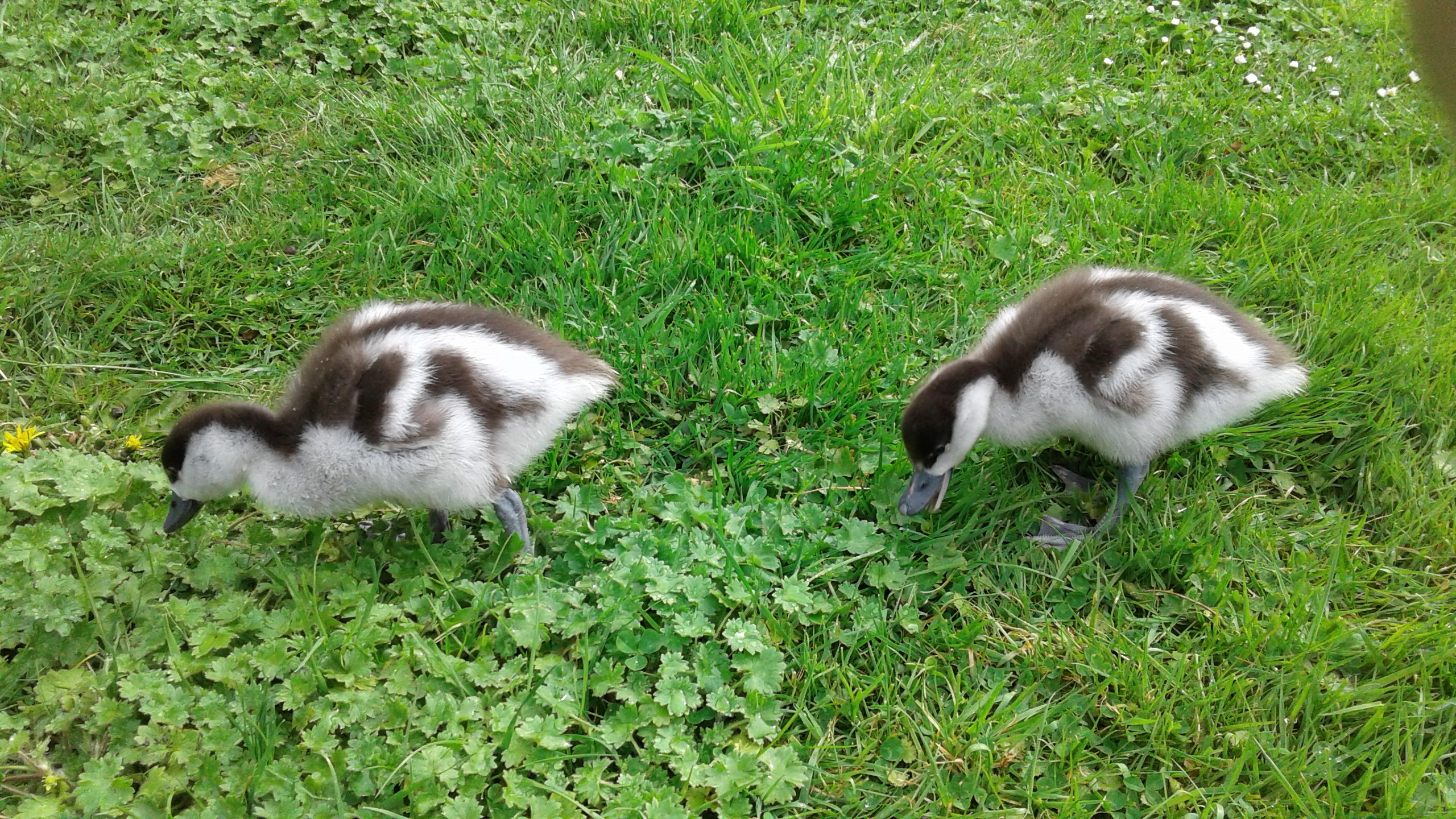 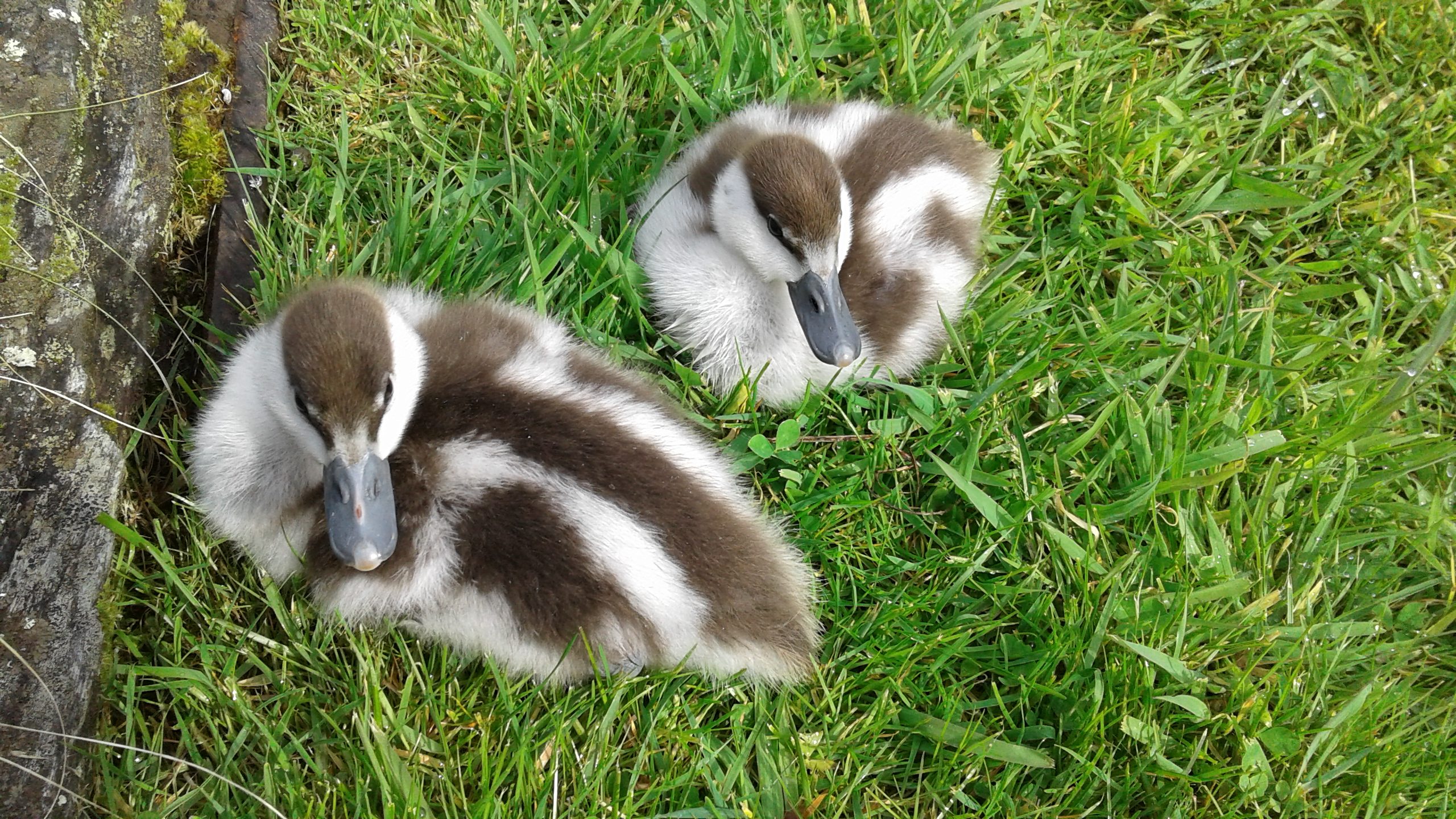 Here they are at 20 days, enjoying hanging out in the sun: 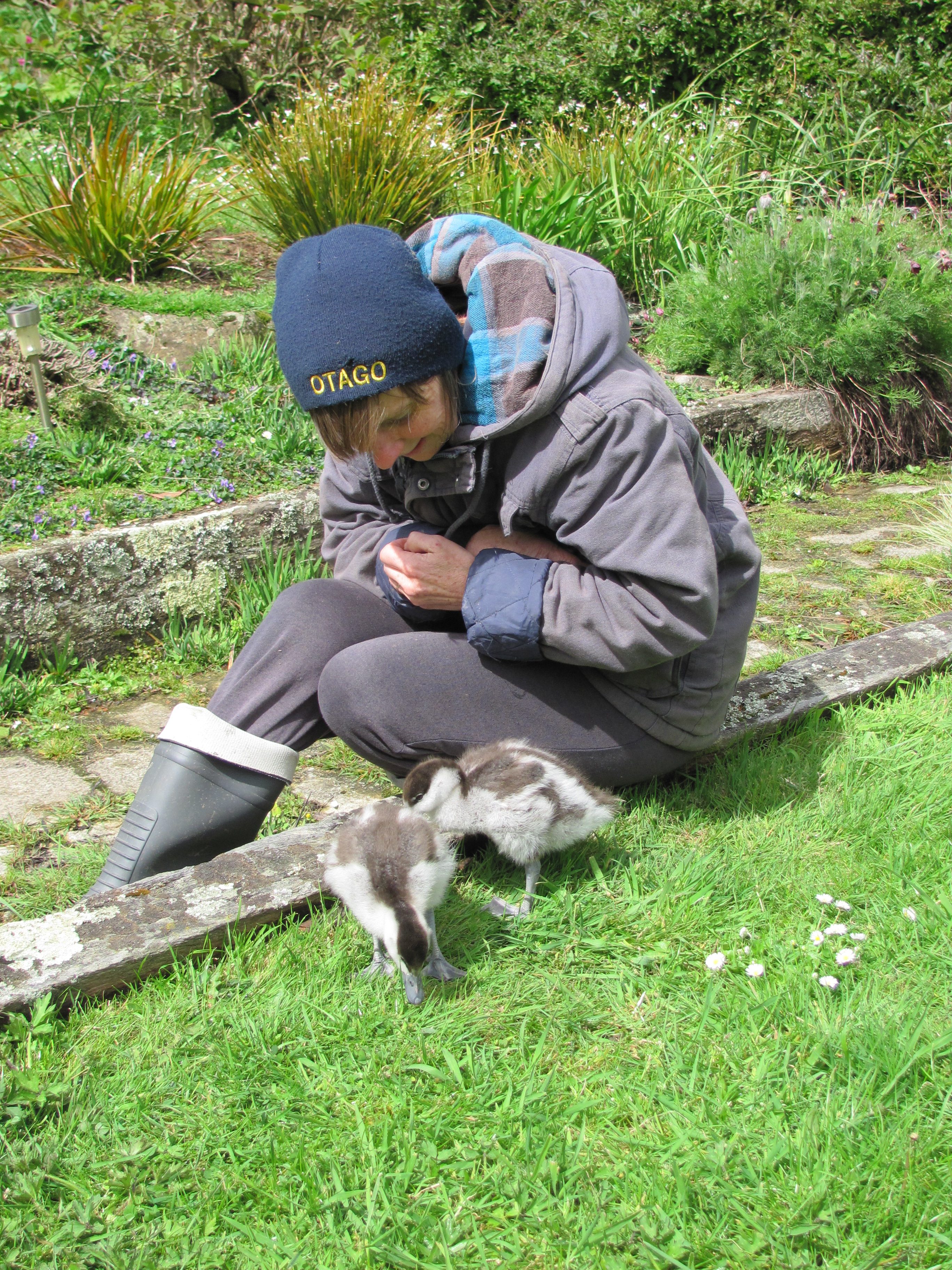 By 30 days, they were losing their down and enjoyed foraging through plant pots and their old bath. 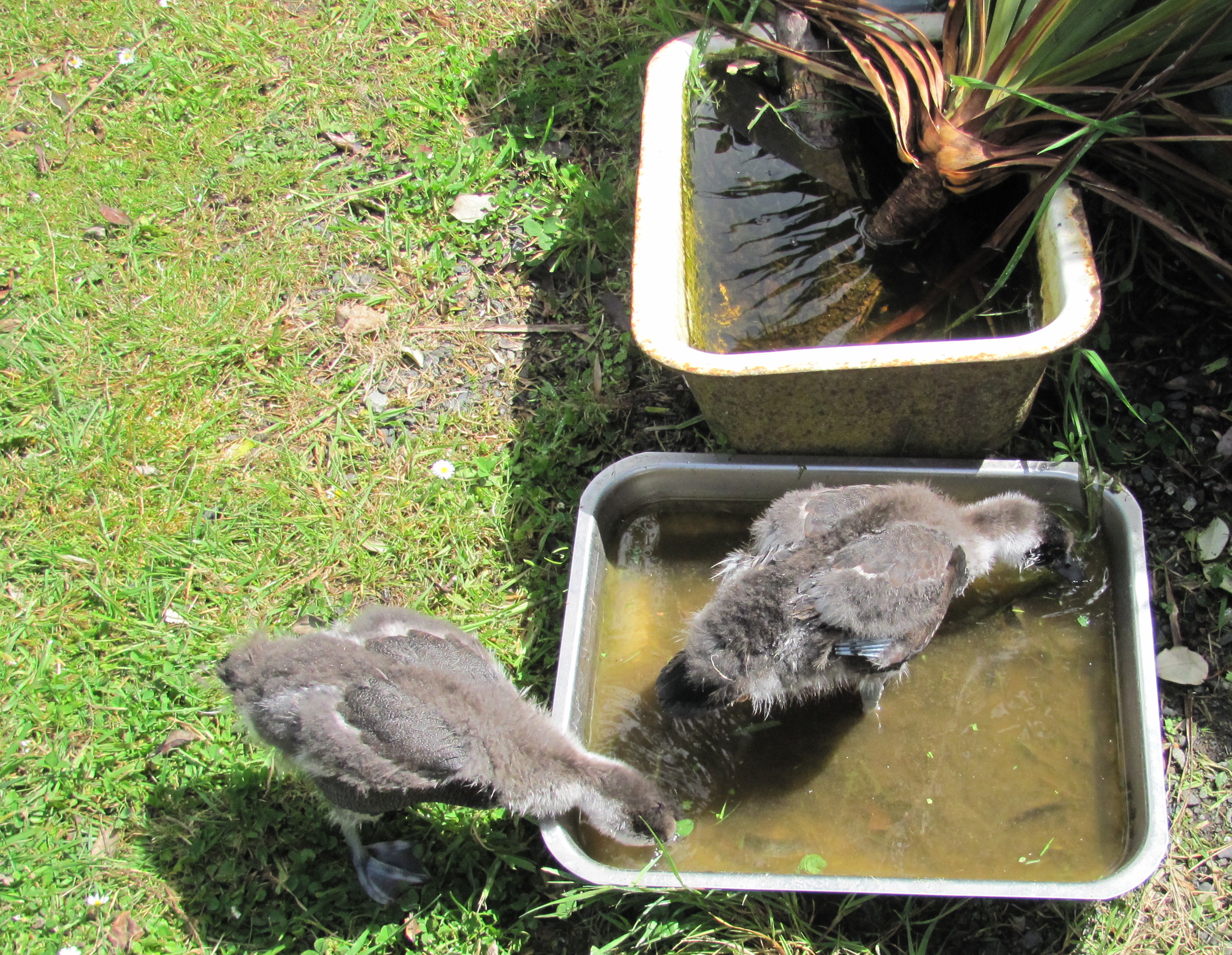 By 6 weeks, they began to look like adults, though one lagged a bit: 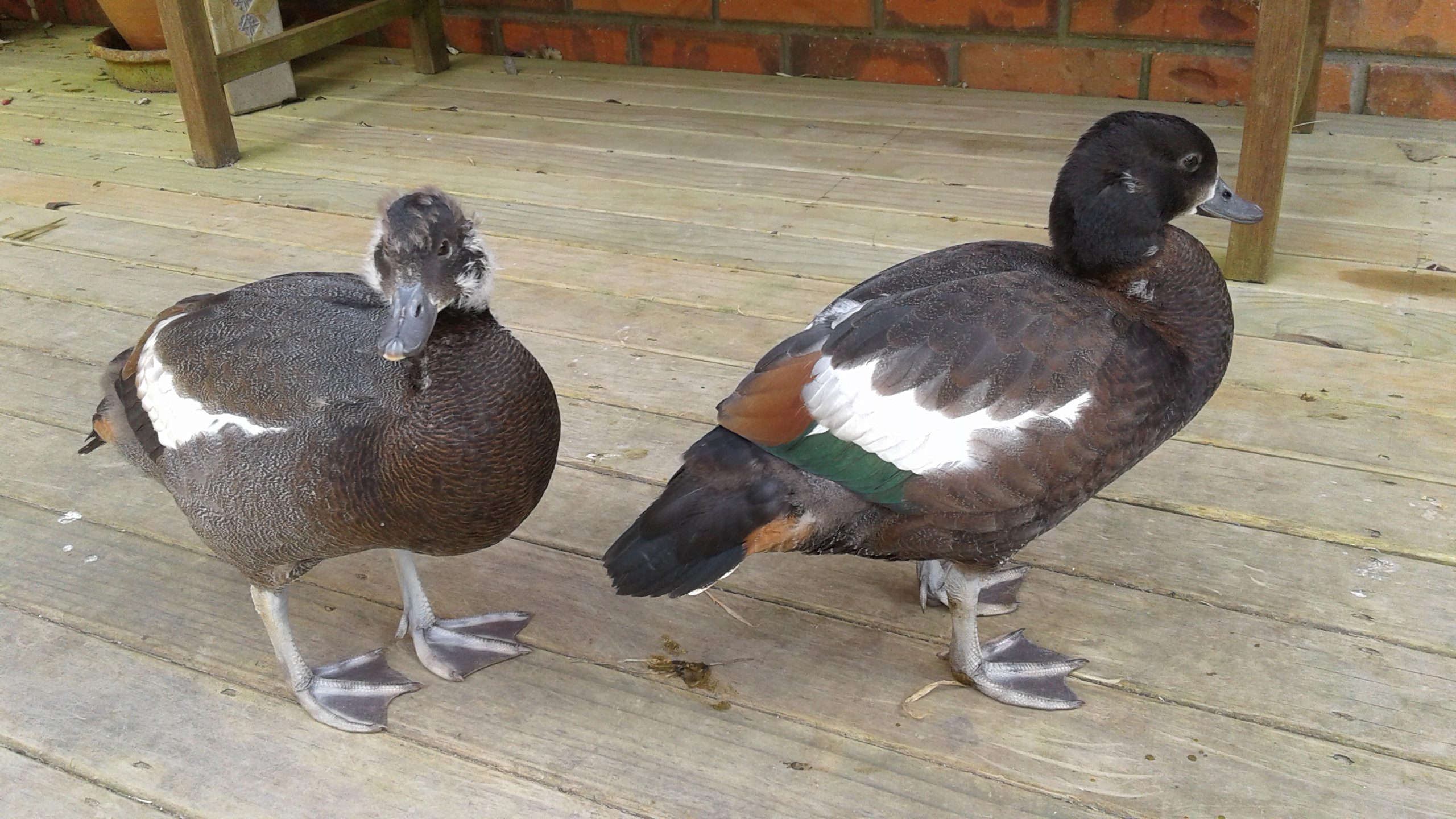 One morning, at 8 weeks old, they flew a short distance across the front of the section, then next door to harass the domesticated ducks at feeding time. The next day they flew away, and we never (knowingly) saw them again. But every time we see a pair of paradise ducks, we say: “Hello, little ones”.

Although it was sad to see them go, it was probably just as well. We know people who have reared paradise ducks which never left, and became quite a problem, being aggressive to visitors—rather like geese.