Welcome to Thursday, November 10, 2022. It’s National Vanilla Cupcake Day, and a blander sweet I can’t imagine. It’s all white, too! 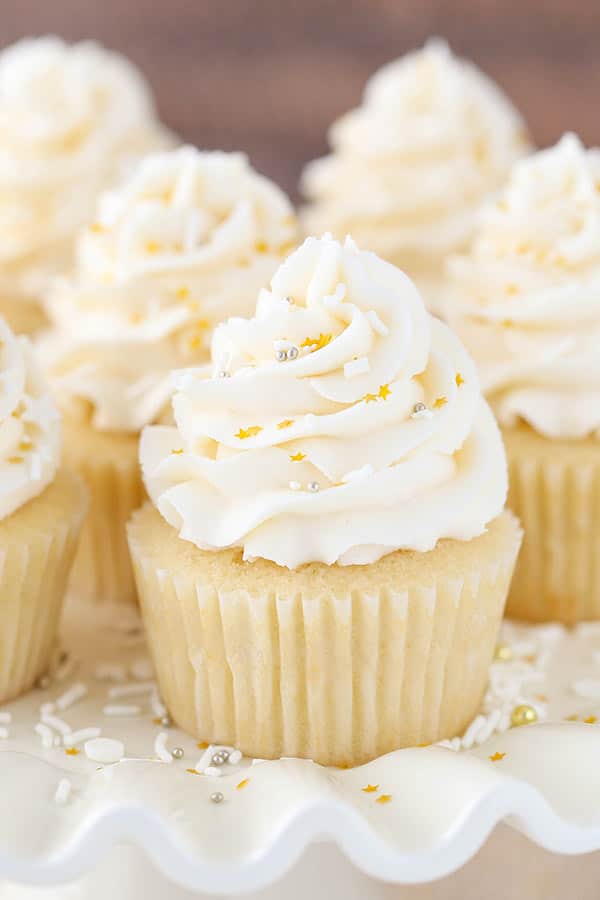 It’s also World Science Day for Peace and Development, Area Code Day (first used in 1947, but not implemented on this day), Sesame Street Day (the show first aired on this day in 1969), Day of Remembrance of Atatürk  (I’m a fan of the great Turkish secularist), United States Marine Corps birthday, and World Keratoconus Day (look it up). 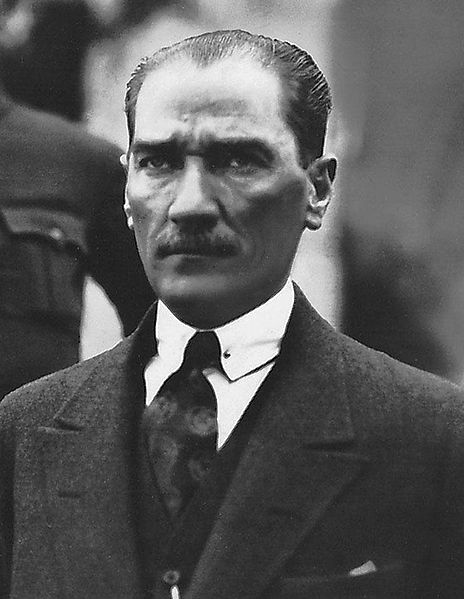 Readers are welcome to mark notable events, births, or deaths on this day by consulting the November 10 Wikipedia page.

*Well of course the Big Nooz is the midterm elections, with the predicted Red Wave of Republican hegemony failing to materialize. Sadly, it looks as if the House of Representative will go Republican, but the Senate is still anybody’s guess. Here are the latest figures from the NYT, which are the same as this morning’s figures except the WaPo gives Democrats in the House 183 seats.

The races in contention are Includes Arizona, Georgia, Nevada and Wisconsin. The Georgia election won’t be decided until December, in a race between Warnock and Walker. I predict that Democrat Warnock will take that one. Then they need win only one of the other three races to have fifty seats, which give them control of the Senate. Democrats are narrowly ahead in Arizona, and Republicans in Nevada, but it’s a squeaker, as votes remain to be counted. With 99% of the votes counted, Republican Ron Johnson is still ahead, so put that in the Republican column, giving the GOP 49 seats. They need two more to gain control of the Senate. The 50/50 split which makes the Senate effectively Democratic makes it easier for the Democrats to win the Senate, and Professor Ceiling Cat predicts they will

Republicans need only five seats to gain control of the House of Representatives. And few doubt they’ll get them. But, as the AP notes:

Even if the GOP ultimately wins the House, it won’t be by a margin as large as during other midterm cycles. Democrats gained a net of 41 House seats under Trump in 2018, President Barack Obama saw the GOP gain 63 gain in 2010 and Republicans gained 54 seats in 1994, during the Bill Clinton administration.

What we can expect, then, is a Democratically-controlled Senate that can affirm Biden’s federal judicial appointments, but a Republican-controlled House that will immediately begin investigating all sorts of Democratic issues (think Hunter Biden or even Afghanistan). It will be a mess.

*One person who didn’t do too well in the elections was the Trumpster, who predicted a Red Tsunami and campaigned ardently for it. His biggest failure was the decisive election of Florida governor Ron DeSantis, whose victory puts his hat firmly in the ring as a 2024 Republican Presidential candidate. Trump didn’t campaign for him and DeSantis didn’t want him to. As for the others,

Donald J. Trump wasn’t on the ballot Tuesday, but he’d spent the past two years behaving otherwise, aiming to deliver key victories to a Republican Party from which he’s likely to seek, once again, a presidential nomination.

Several battleground races remained too close to call early Wednesday, but it was clear there would be no “giant red wave” that Mr. Trump had spent weeks pleading with his supporters to deliver.

In some key states, Trump-backed candidates lost or were faring poorly. In Pennsylvania, the Democrat Josh Shapiro won the governor’s race against the Republican Doug Mastriano, while the Democrat John Fetterman defeated Mehmet Oz, a Republican, to flip control of a U.S. Senate seat. In Michigan, Tudor Dixon, Mr. Trump’s pick in the governor’s race, came up short in her bid to unseat Gov. Gretchen Whitmer.

In Arizona, where Kari Lake and Blake Masters had campaigned together as “America First” candidates in Mr. Trump’s mold, both were behind in their races for governor and Senate, respectively, although results were too close to call.

Some of Mr. Trump’s candidates fared well, such as J.D. Vance, the Republican Senate nominee in Ohio. And the candidate in whom Mr. Trump was most personally invested, the former football player Herschel Walker, whose Senate candidacy in Georgia has been rocked by allegations that he had encouraged women to have abortions that he paid for, appeared poised to force a runoff.

. . . The close races on the rest of the electoral map confounded Mr. Trump. At an election-night party at his Mar-a-Lago resort, he was not particularly interested in addressing the crowd, according to a person familiar with the events.

*Five states either protected abortion rights with referendums on the ballot or refused to endorse abortion restrictions.  The big surprise was Kentucky, which refused more restrictions:

Voters in reliably red Kentucky rejected a ballot measure aimed at denying any state constitutional protections for abortion while voters in battleground Michigan enshrined abortion rights in their state’s constitution — joining Democratic California and Vermont in taking that step.

The Kentucky result bucked the state’s Republican-led Legislature, which had imposed a near-total ban on the procedure and put the proposed state constitutional amendment on the ballot. It also mirrored what happened in another red state, Kansas, where voters in August rejected changing that state’s constitution to let lawmakers tighten restrictions or ban abortions.

At last the American public’s general support of the Roe v. Wade decision is starting to come out in votes among the states.

About 6 in 10 also say the Supreme Court’s abortion decision made them dissatisfied or angry, compared with fewer who say they were happy or satisfied.

And as for Kentucky,

Kentucky lawmakers added the proposed amendment to the ballot last year, a move that some thought would drive more conservative voters to the polls. But after the Roe decision, abortion-rights supporters raised nearly $1.5 million to fight it.

Well cut off my legs and call me Shorty. Hallelujah!

*Let’s not forget that there’s still a war in Europe. There’s some good news for Ukraine today: the Russians are going to completely retreat from the southern Ukrainian city of Kherson, the only region capital they’ve captured since the invasion in February.  Here’s where it is, with Russia to the right: 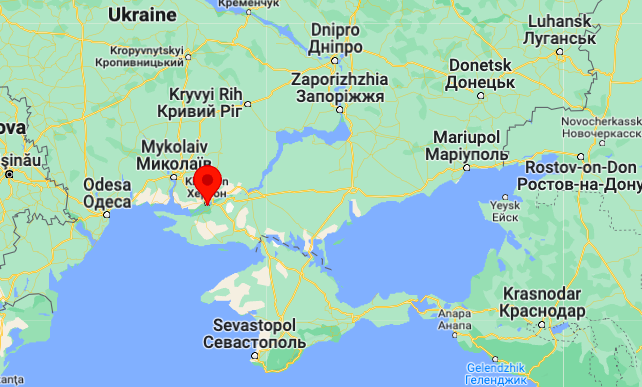 The move is a major setback for Russian President Vladimir Putin, who had declared the annexation of the Kherson region.

The announcement came at the end of another day of fresh Ukrainian advances that put Kyiv’s troops within striking distance of Kherson city.

Ukrainian officials expressed skepticism about a full withdrawal. “Actions speak louder than words,” presidential adviser Mykhailo Podolyak said on Twitter, adding that he expected some Russian forces to linger and that Ukraine would declare the city liberated based on its own intelligence, not televised Russian statements.

A U.S. military official, who spoke on the condition of anonymity because of the sensitivity of the issue, said Wednesday that “as far as we can tell,” it appears Russia’s withdrawal from Kherson is underway.

. . .Some Russian hardliners cheered the decision to withdraw from Kherson. Chechen leader Ramzan Kadyrov said on Telegram that Surovikin, the commander, made a “difficult but right choice between senseless sacrifices for the sake of loud statements and saving the priceless lives of soldiers.” Yevgeny Prigozhin, the head of Russia’s Wagner mercenary group, also told Russian outlet RIA Novosti that Surovikin “acted like a man who is not afraid of responsibility” by withdrawing with minimal losses.

*Finally, WNBA star Brittney Griner was transferred to a Russian penal colony (aka a latter-day gulag) and not even her lawyers know where she is.

Brittney Griner, the WNBA star who has been detained in Russia since February, is being moved to a Russian penal colony — a type of prison facility known for its brutal living conditions — her legal team said Wednesday.

The 32-year-old was arrested at the Sheremetyevo International Airport in Moscow on Feb. 17 and accused of entering Russia with vape cartridges containing cannabis oil, which is illegal in Russia. She pleaded guilty to carrying the cartridges, saying it was an “honest mistake.” She was sentenced to 9½ years in prison in August, and a judge rejected her appeal late last month.

“We do not have any information on her exact current location or her final destination,” her attorneys Maria Blagovolina and Alexander Boykov said in a statement.

“In accordance with the standard Russian procedure the attorneys, as well as the U.S. Embassy, should be notified upon her arrival at her destination,” a process they said normally takes up to two weeks.

Although no further information about the Griner’s new facility has been publicly released, U.S. Secretary of State Antony Blinken wrote in a tweet Wednesday: “We strongly protest the movement of Brittney Griner to a remote penal colony and the Russian government’s use of wrongful detentions.”

Russia has one of the highest rates of incarceration in Europe, with almost 520,000 inmates held in prisons throughout the country, according to the Associated Press. Most of its facilities are known as penal colonies because inmates are required to carry out labor during their sentences.

The camps share many similarities with the gulags or forced-labor camps used during the Soviet Union, and media investigations have highlighted alleged abuses against prisoners in penal colonies.

Meanwhile in Dobrzyn, Hili is pugnacious. Send her to Ukraine!

Hili: First I attack with my left paw and then with my right.
Paulina: Why attack at all?
Hili: Peace requires firmness.
(Photo: Paulina) 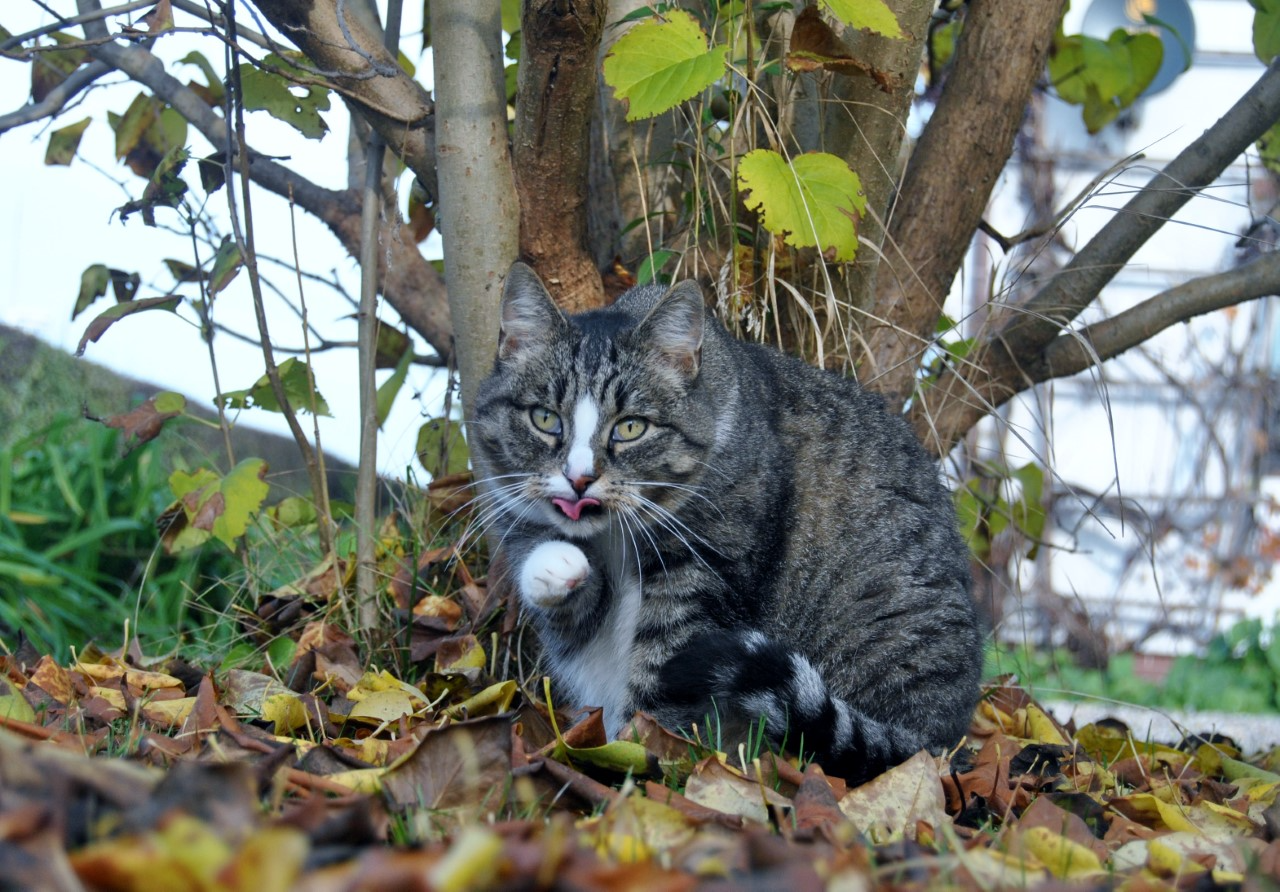 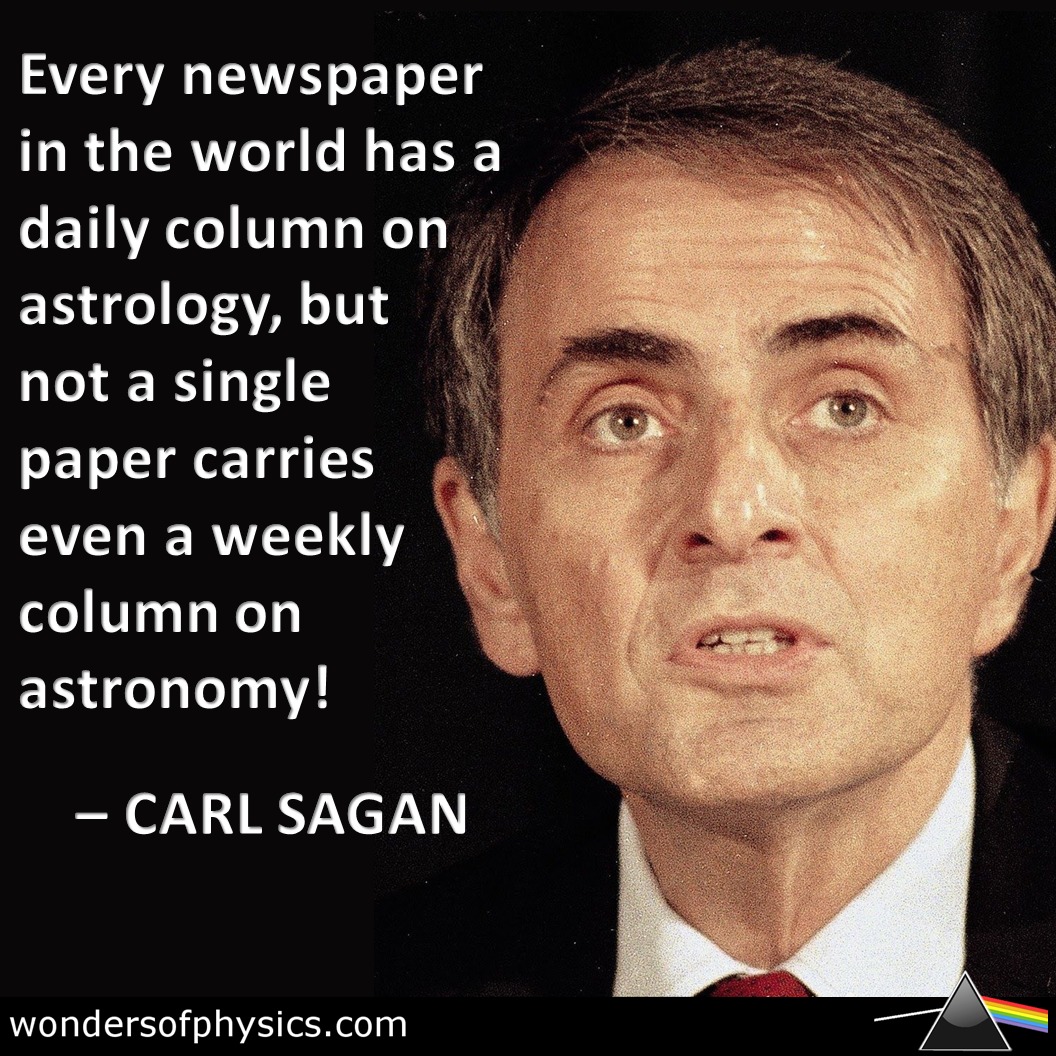 From Bruce, a Dave Whamond cartoon: 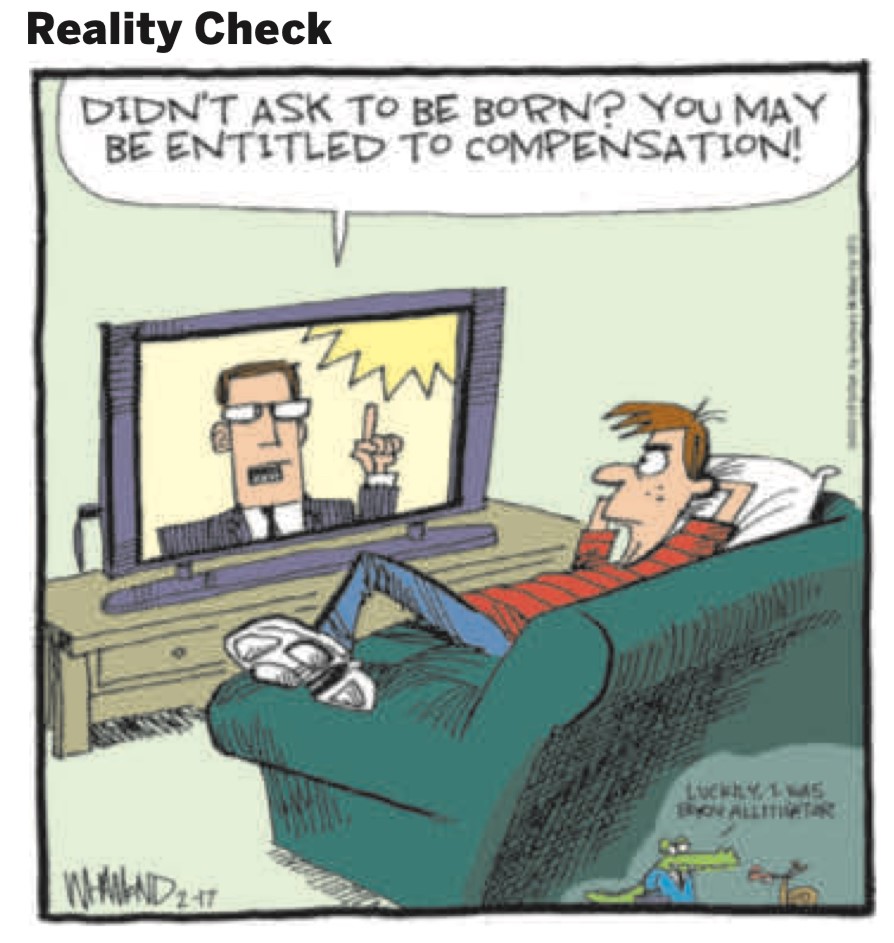 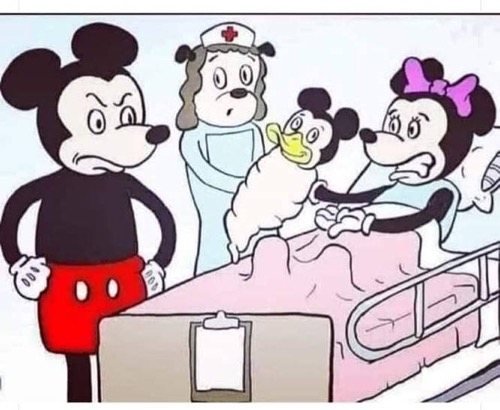 God disowns his own book:

The only fake account that does real damage is the Bible.

From Masih: An Iranian woman blinded in an acid attack for going hijab-less commits two crimes at once:

In 2014 Soheila Jourkesh lost her eyesight in an acid attack for wearing inappropriate hijab in the city of Isfahan. Today in the same city she is unveiled and offering free hugs which is a punishable crime.
She is an example of wounded but unbowed.
Be our voice.#MahsaAmini pic.twitter.com/ZgjyZRrFra

From Malcolm: a cat who obviously loves to slide:

From Luana: Emerging wokeness in Canada:

From Barry: a takedown by Take That Darwin: 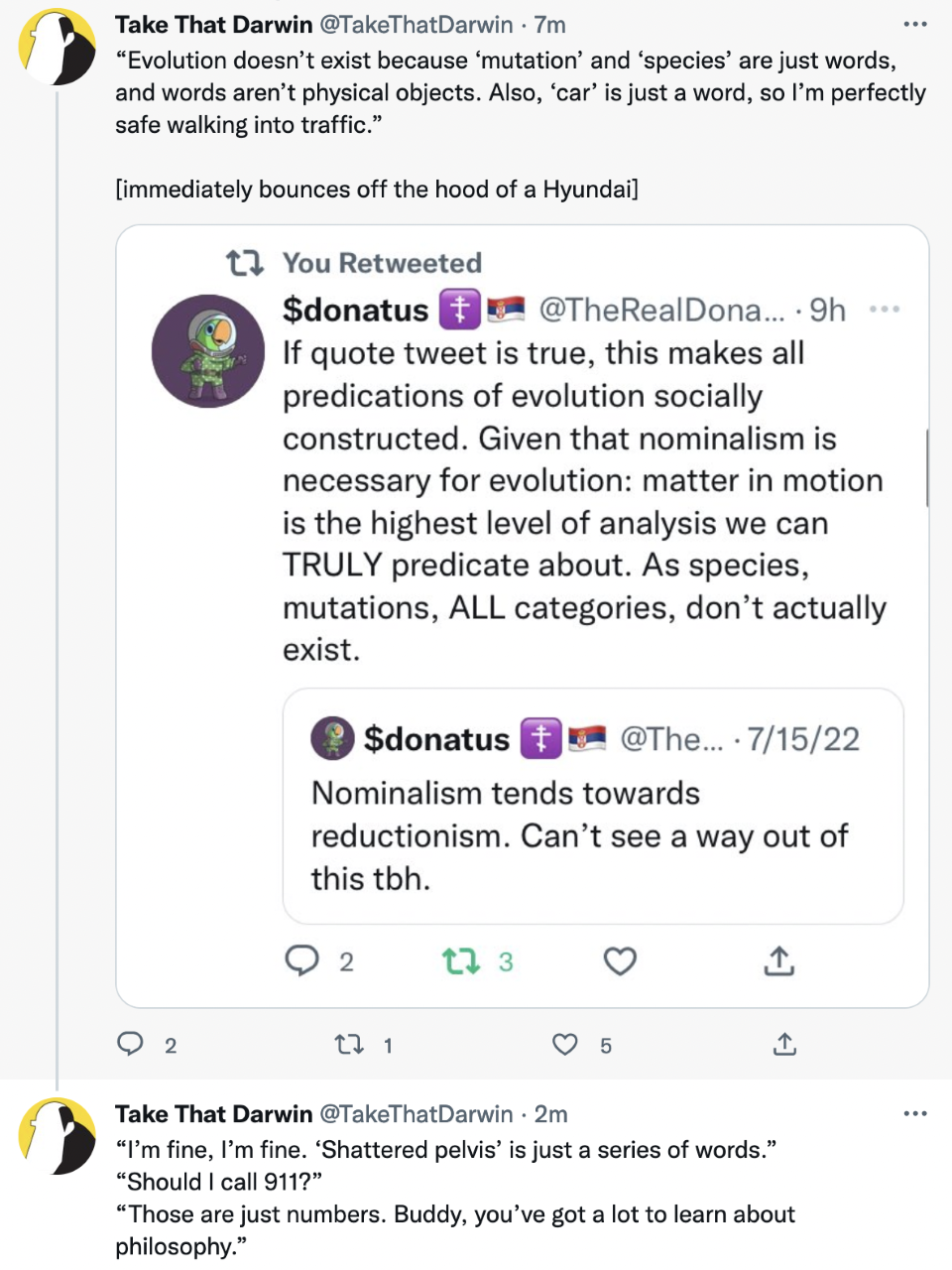 From the Auschwitz Memorial, a woman who barely lived two weeks after arrival:

10 November 1914 | A Polish woman, Izabella Hoffman, was born in Sosnowiec.

Tweets from Matthew Cobb. What’s the term biologists use for a bunch of eagles? Either a “soar of eagles” or a “convocation of eagles.”

Wow….Fifty-five bald eagles in one tree, by the Nooksack River in Washington state.
Photo: Chuck Hilliard of Light Of The Moon Photography pic.twitter.com/seNejXuMfT

A physics nerd joke, but a real paper:

This very significant paper was written by Gamow with his student Alpher. Gamow was a big joker so he asked his mate, Hans Bethe to sign it, too, so the authors would be Alpher, Bethe, Gamow. By chance, the paper was published on 1 April 1948. pic.twitter.com/on6w319xpN

As Matthew told me, “This will warm your soul.” Yes, a chick, a duckling, and a kitten: