Today we have a set of photos from Matthew Ware of Denali National Park, its scenery and its wildlife. Matthew’s narrative and descriptions are indented, and you can enlarge the photos by clicking on them.

These pictures are from Denali Nature Park and Preserve, Alaska, and were taken on the 31st August this year. It has been said that there are four seasons in Alaska – Winter, June, July and August – and we were lucky to be there when it was dry and warm(ish).

Formerly called Mt McKinley National Park, Denali was founded in 1917 and has been extended significantly to its current 6.1 million square acres (24,500 square kilometres).

There is only a single road (starting at the George Parks Highway) into the park and all of these photos were taken from it. Until last year the road went 91 miles (146 km) into the park, however, significant landslides near the Polychrome Pass has currently reduced the available road to about 45 miles (70 km).

It is a magnificent, unspoilt wilderness. These photos show various landscape scenes within the park. 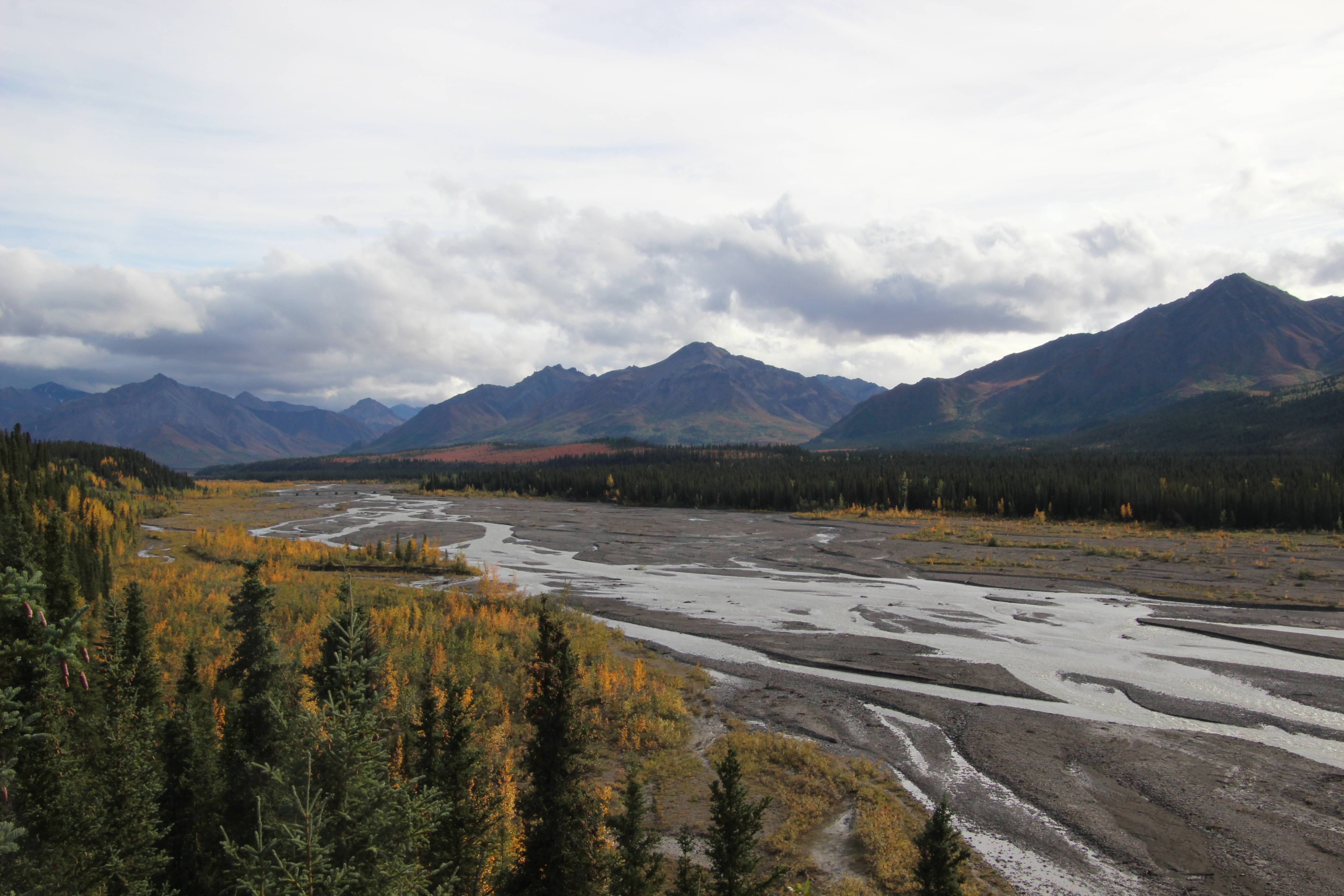 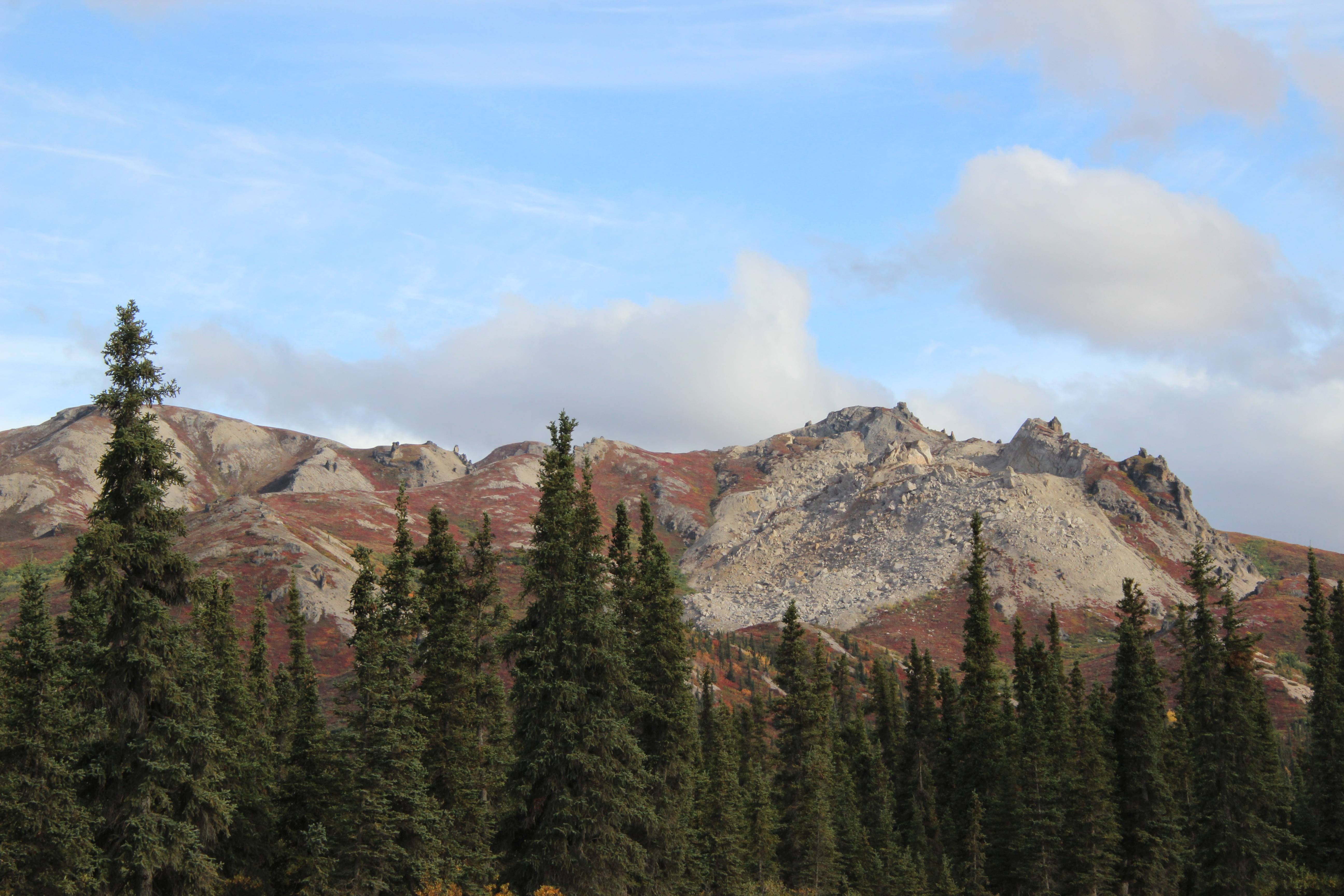 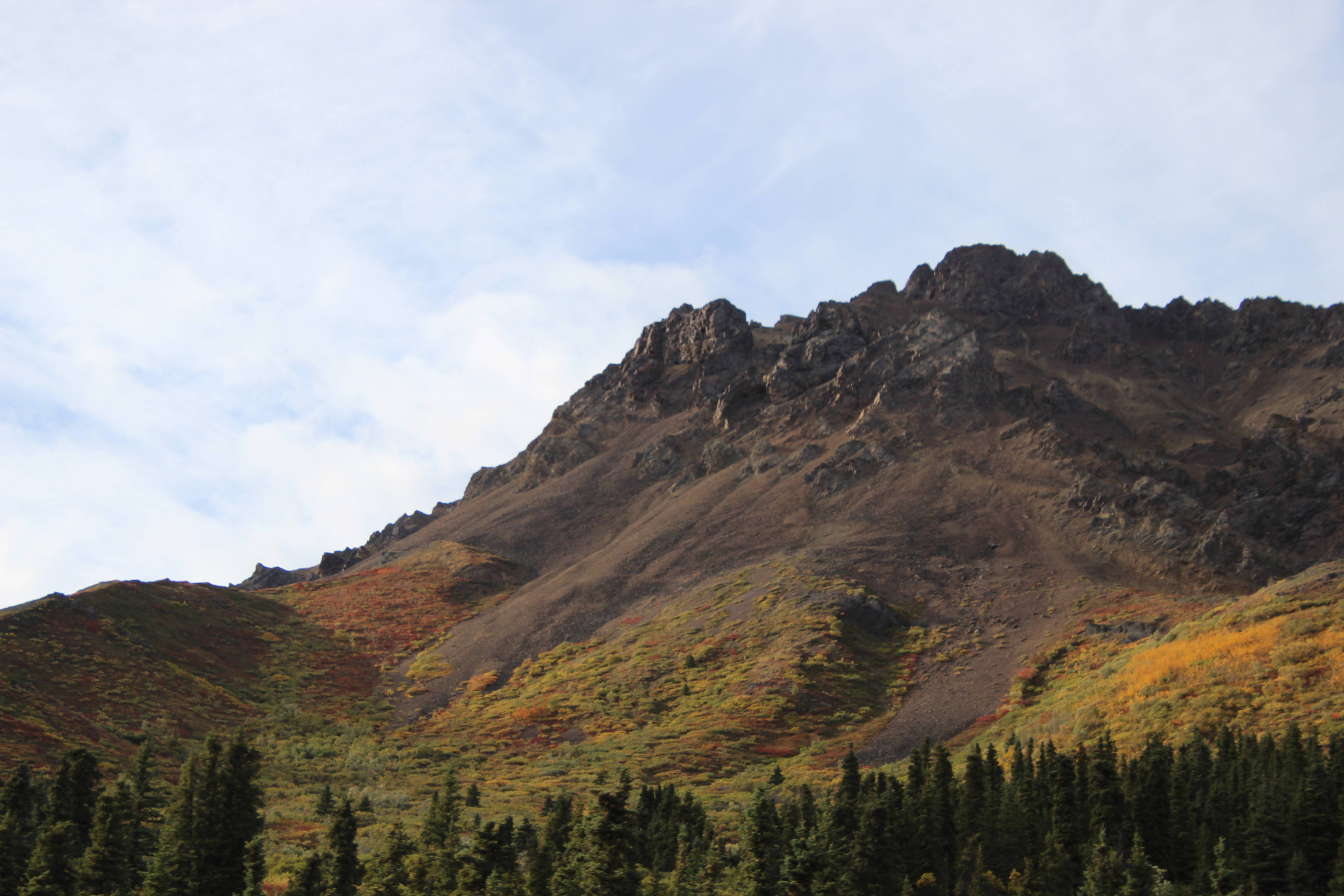 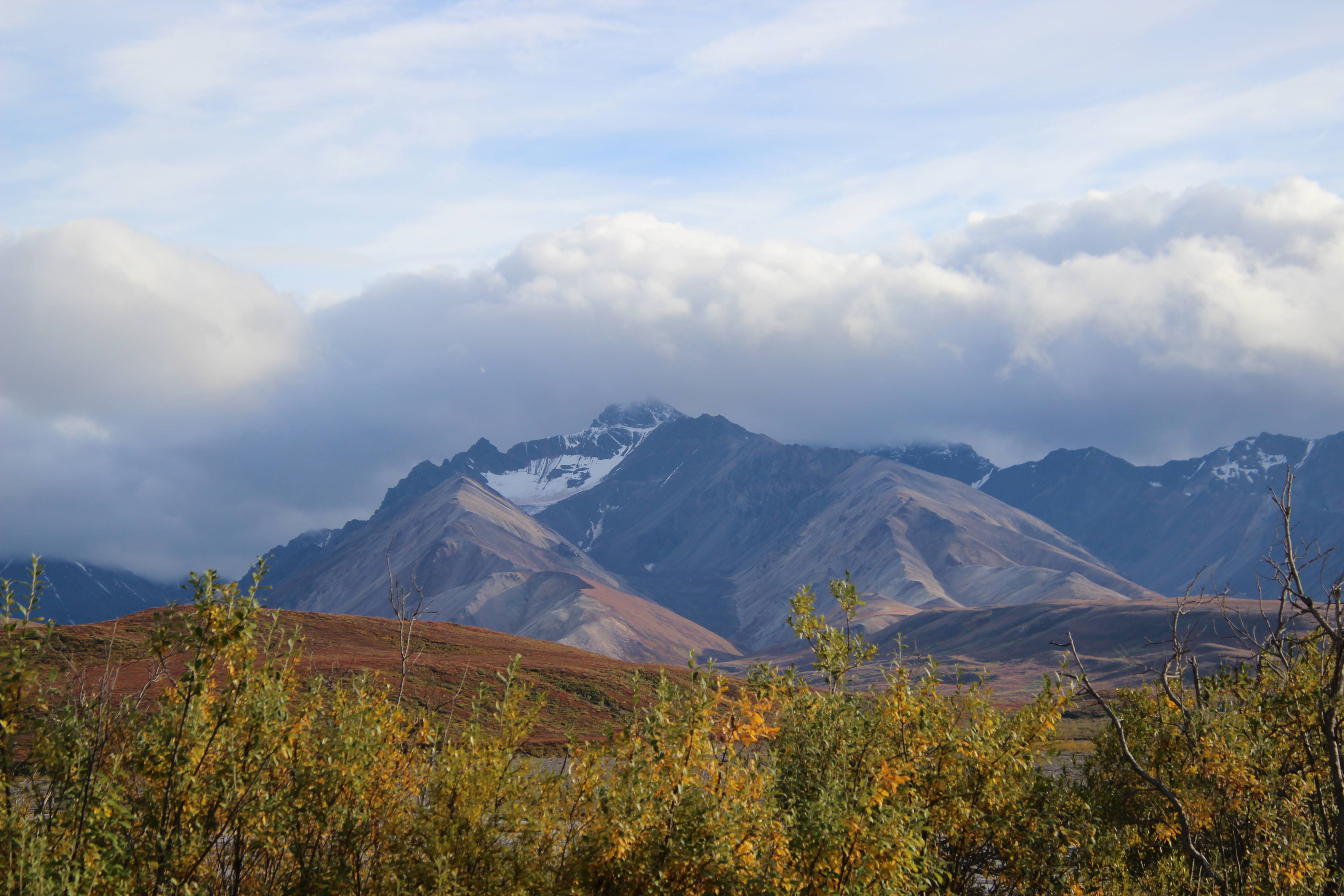 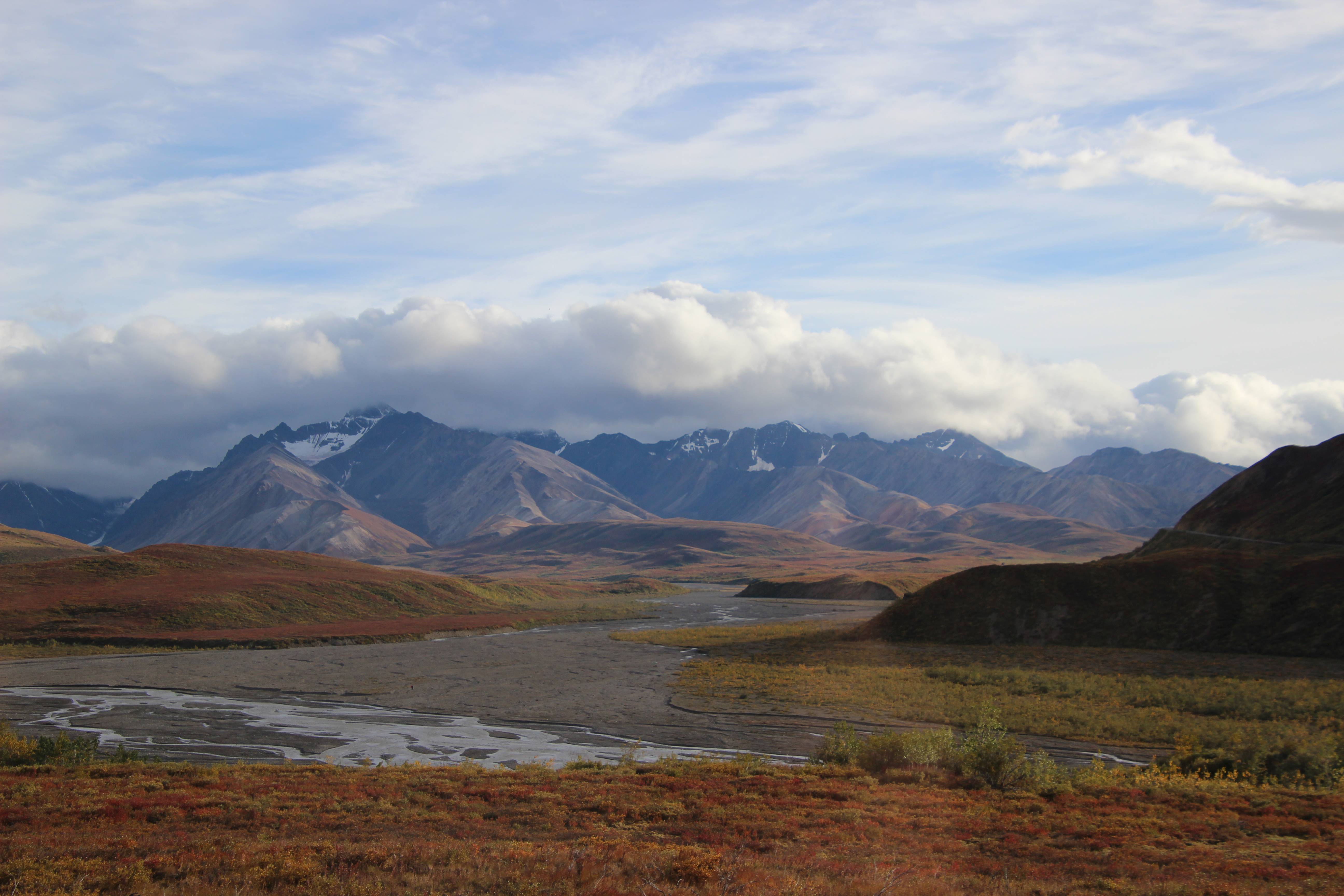 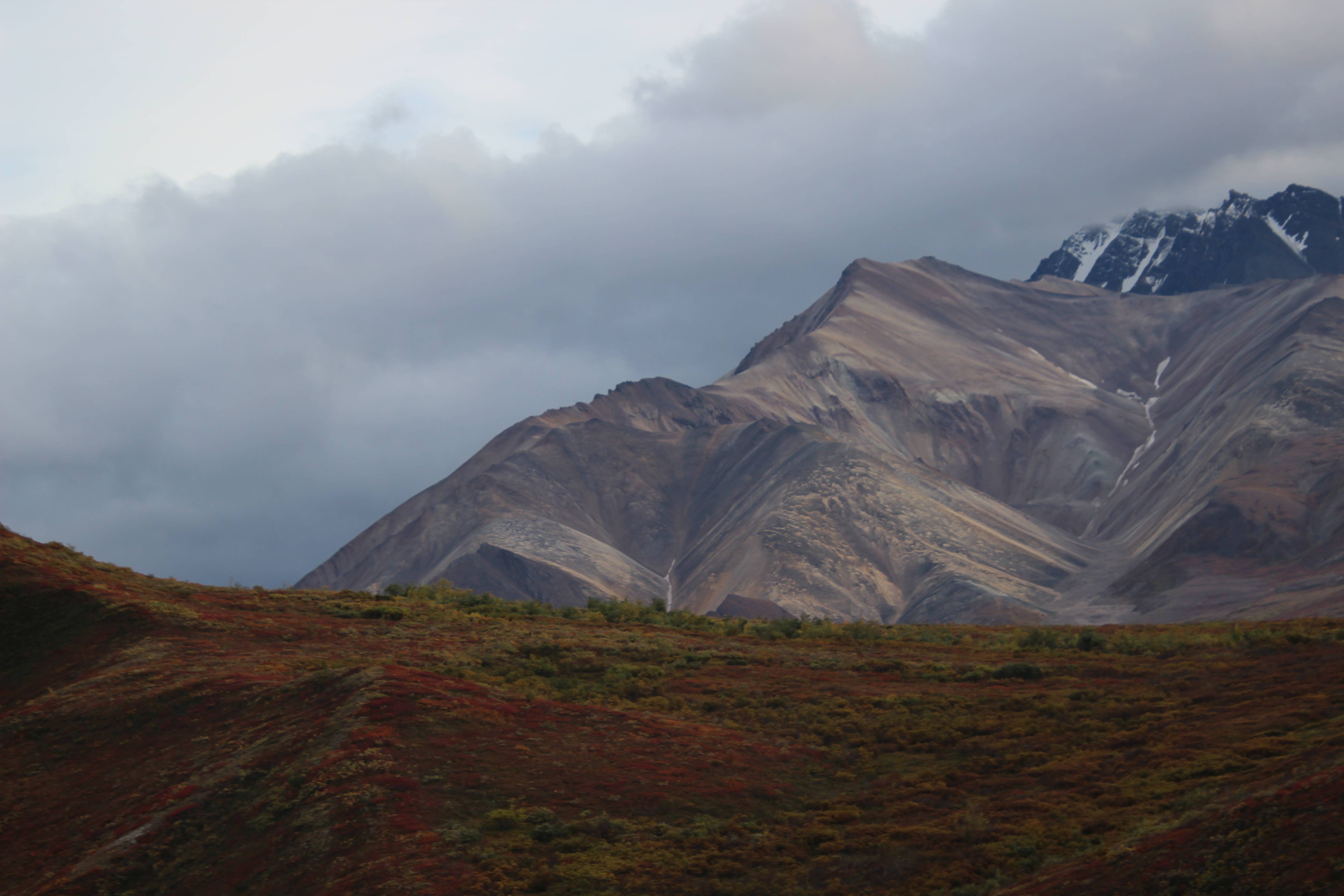 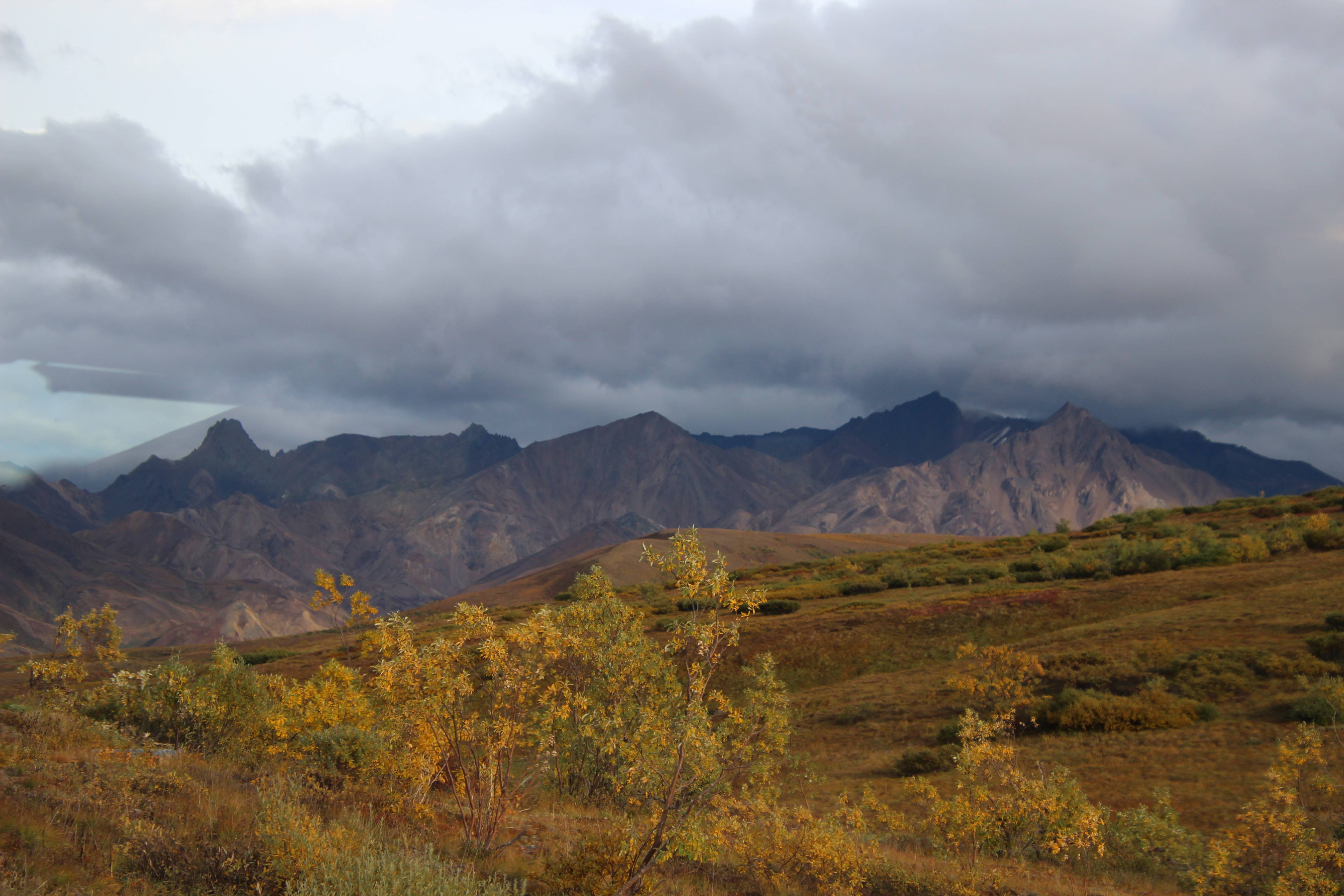 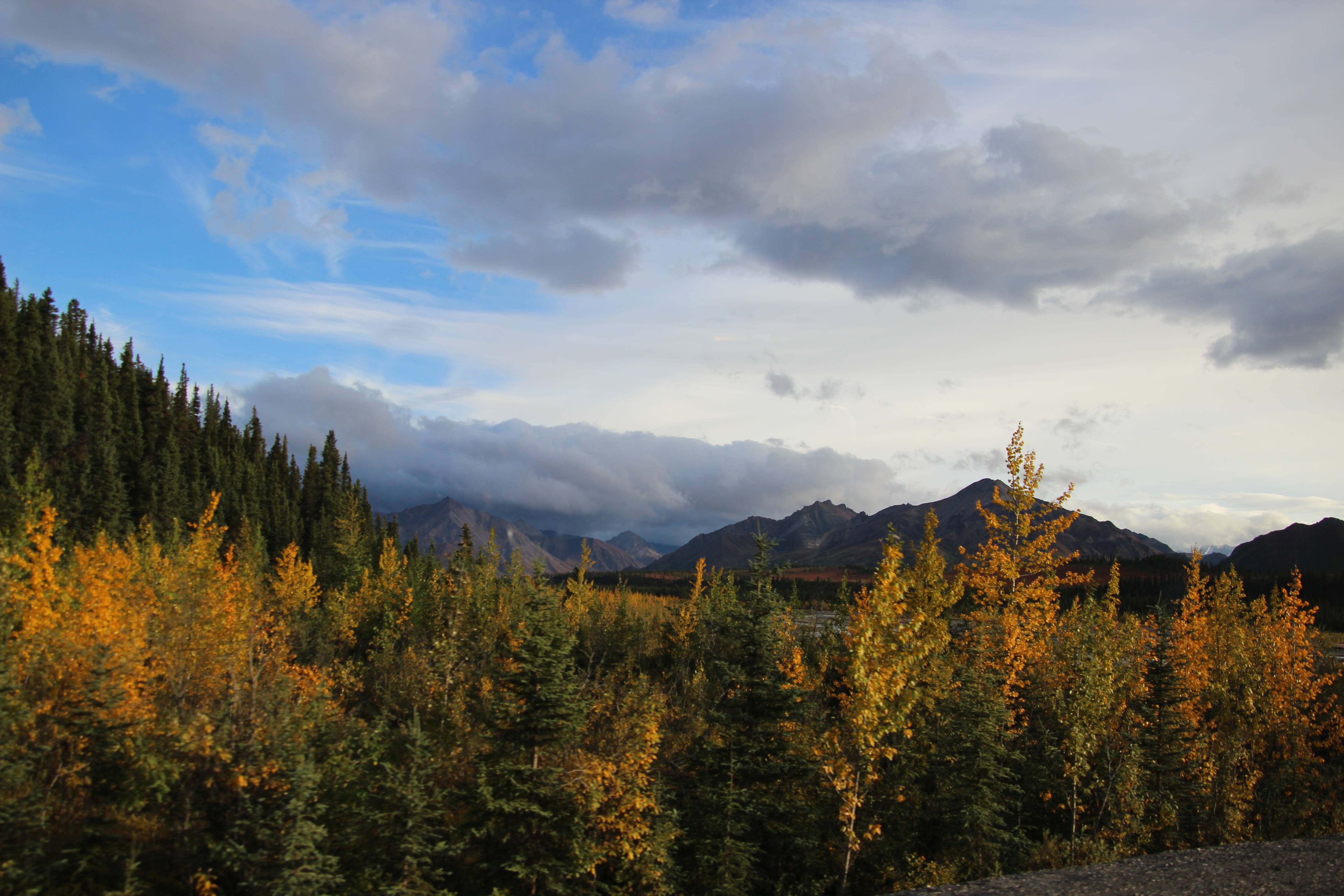 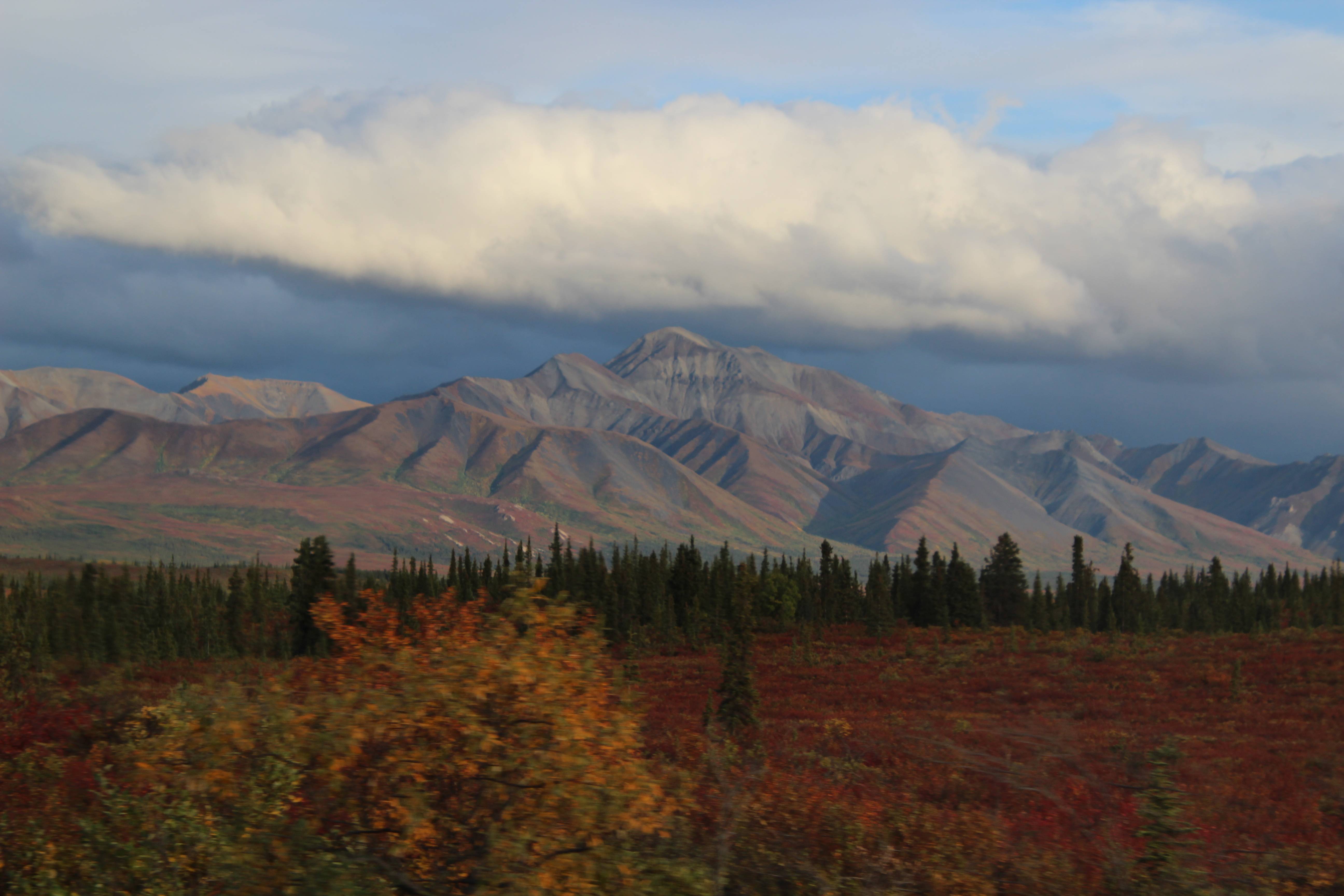 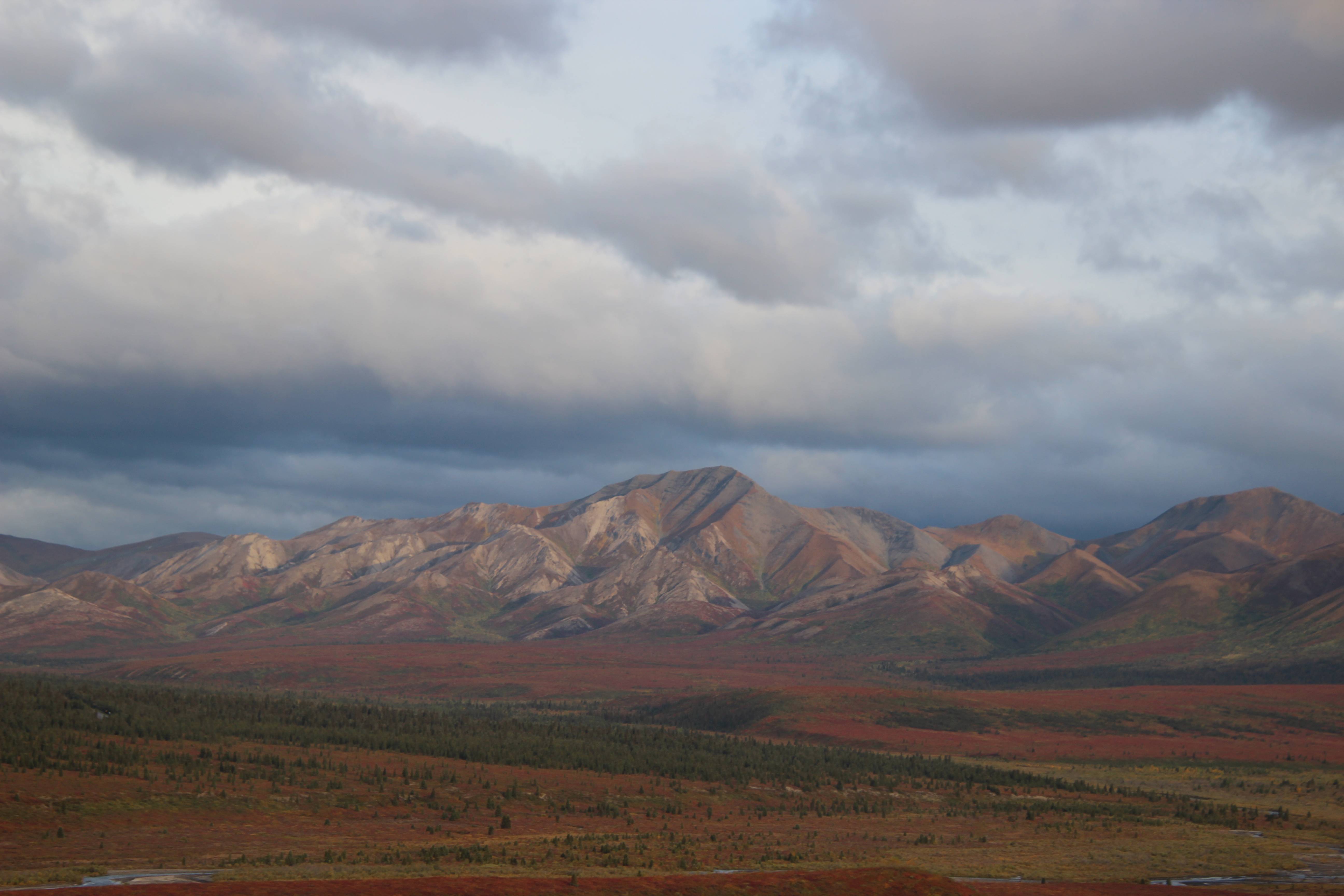 This photo shows (in the far distance – about 65m/105km away) the top of Denali/Mt McKinley. 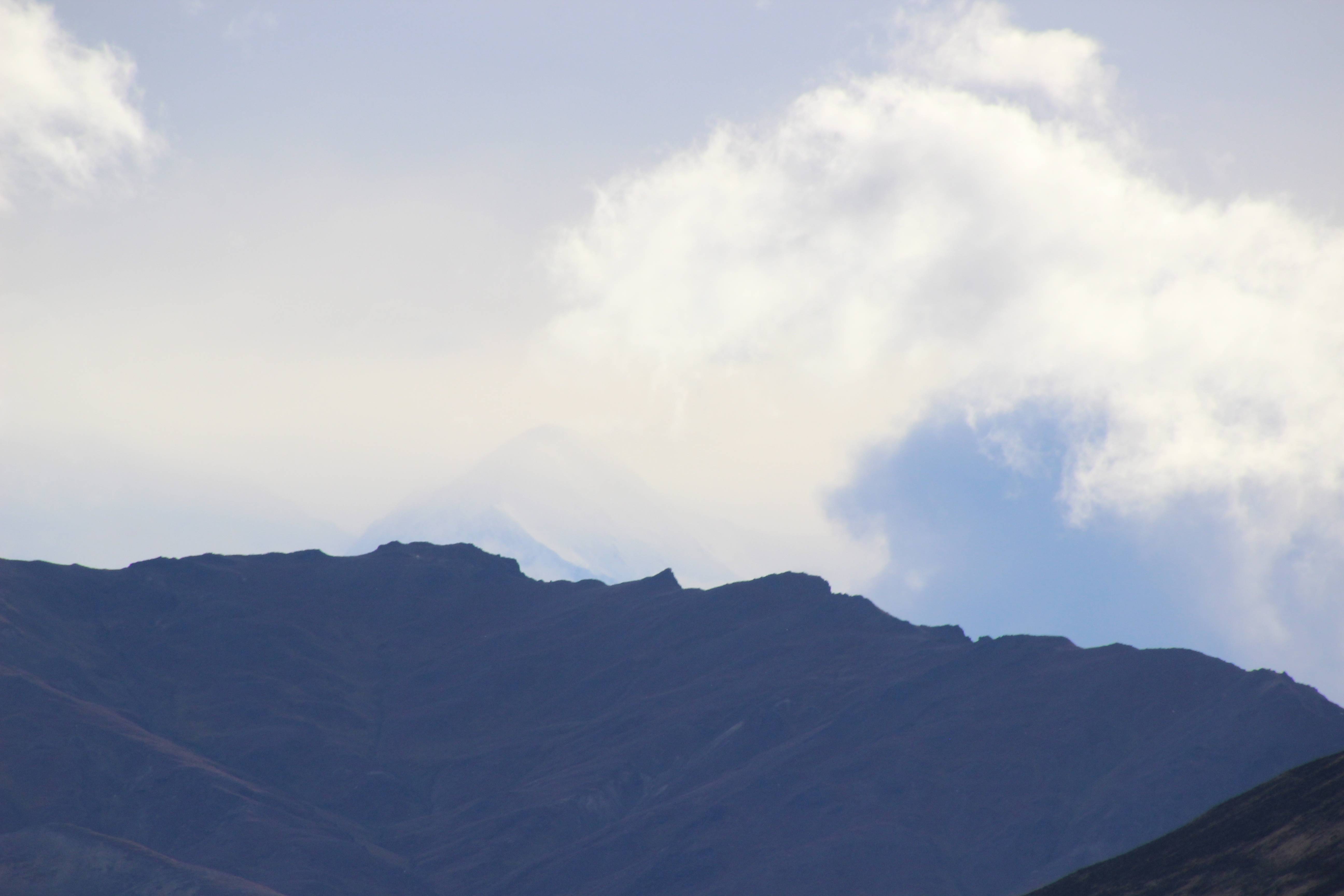 Pictures 19 shows a Grizzly Bear (Ursus arctos horribilis) which, like the Kodiaks, are subspecies of the North American Brown Bear. Unlike their cousins closer to the coast, they don’t get access to the yearly salmon runs so are significantly smaller. At this time of the year they are trying to put as much weight on as possible for their hibernation – mainly through eating vegetation such as berries (they will also hunt caribou, moose and ground squirrels). 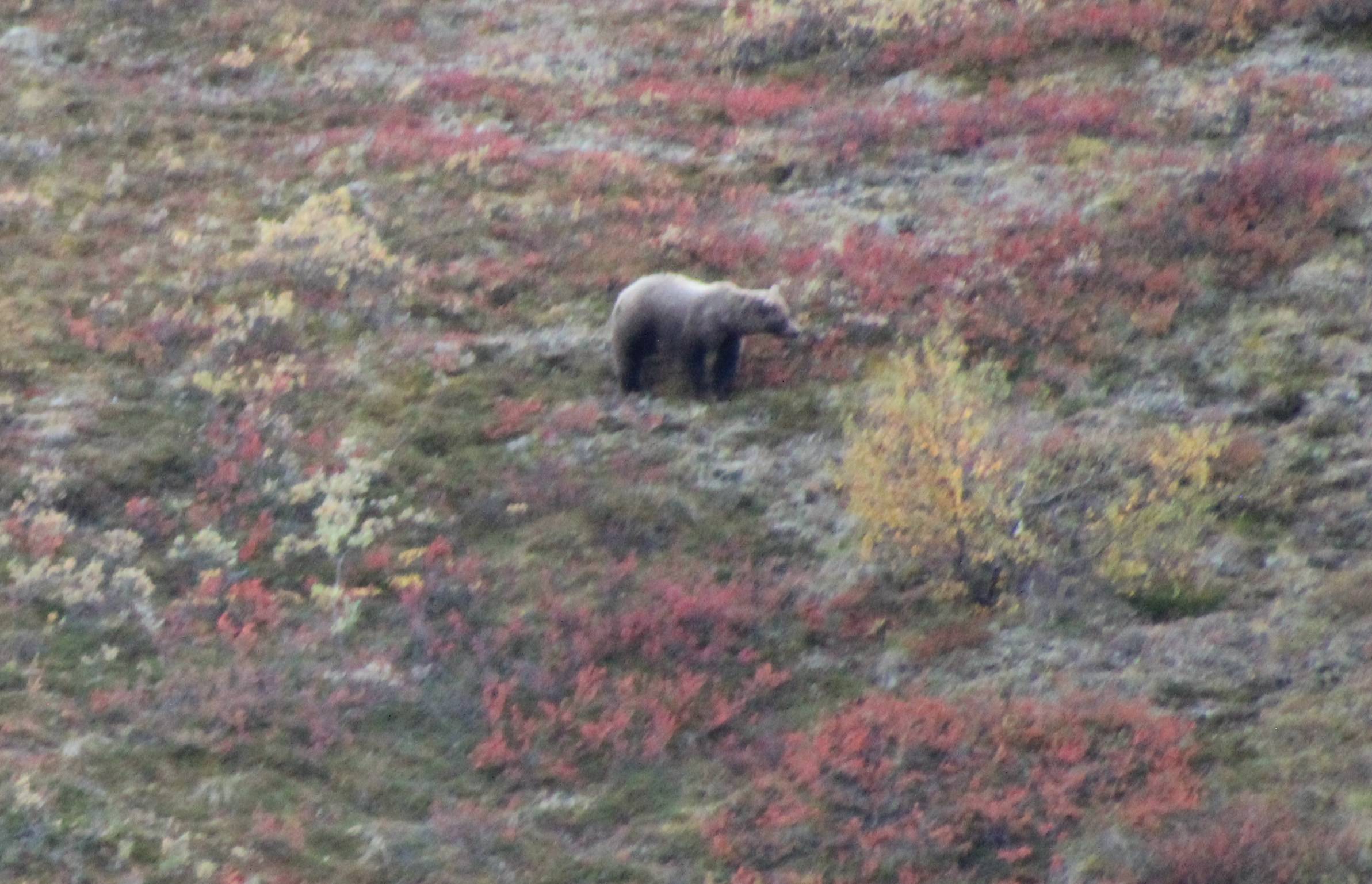 Here’s a rather uncooperative caribou (Rangifer tarandus) that wasn’t too happy about being ‘papped’. ‘Reindeer’ are smaller, domesticated version of caribou. 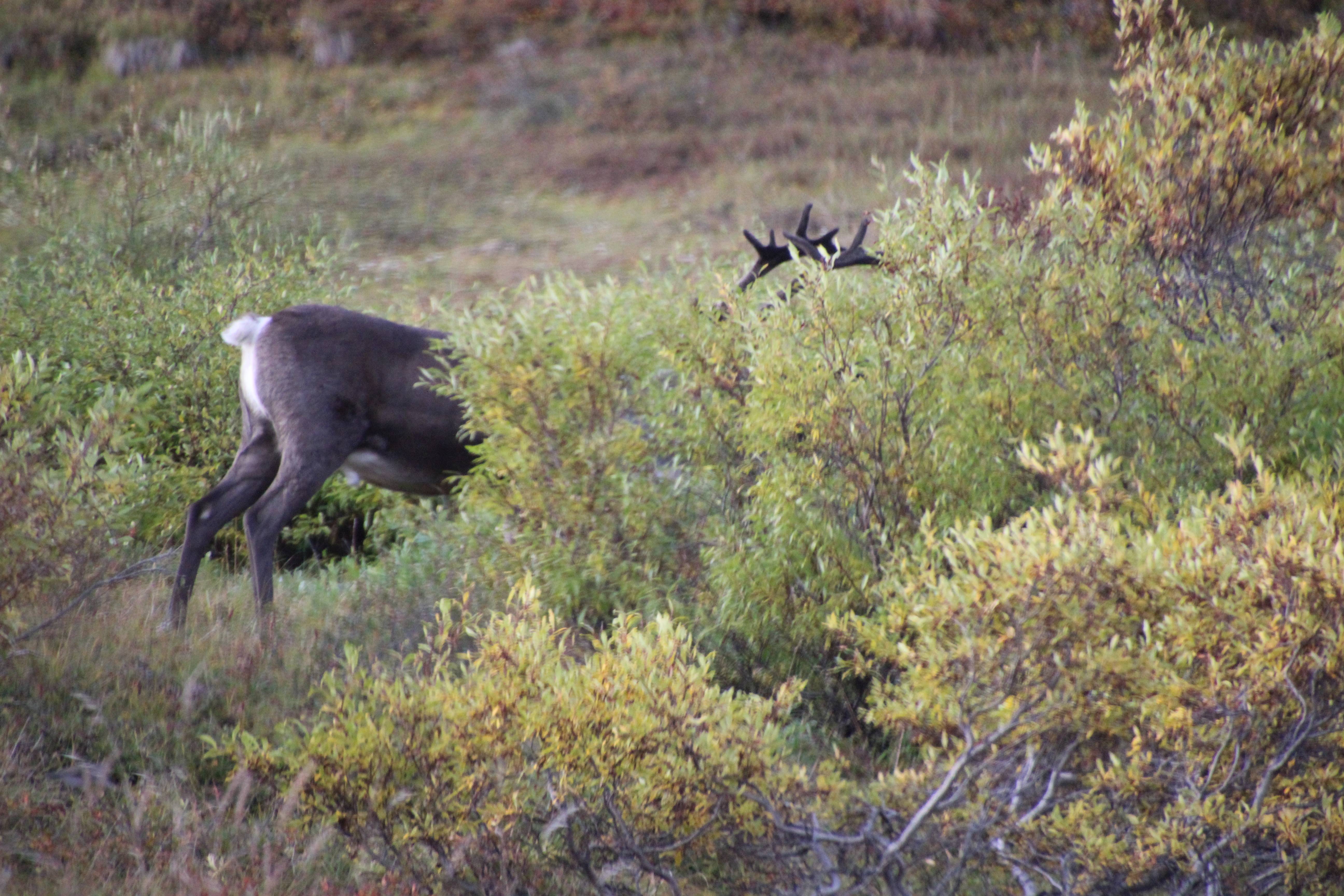 Picture 22 is of a female Moose (Alces alces), known as an Elk in Europe. It is rutting season and the males normally group together and fight for the females. However, we didn’t see any on the day we were there. Male Moose antlers can grow to over 50 inches (1.20m) in width and are discarded between December and January. 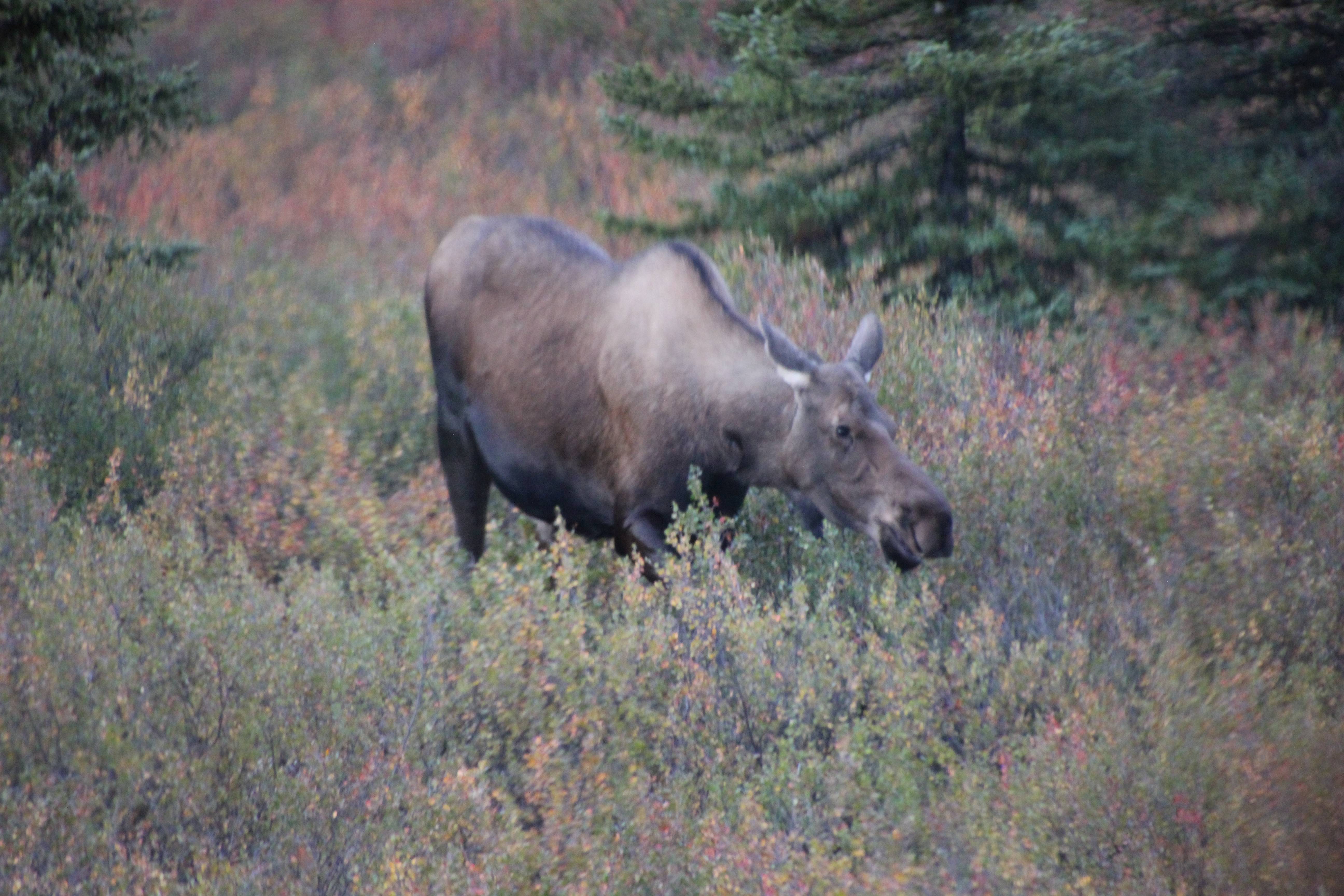