We have a winner in the Fat Bear Contest.  The finalists were 901 vs 747. I voted for 747 as I believe he’s won before and his weight gain looked more substantial:

747: my favorite. Look how he transformed himself from a grotty-looking animal into a tank! 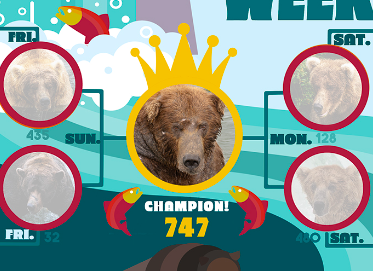 Facts about the King:

Bear 747 is a very large adult male with a blocky muzzle and a floppy right ear. In early summer, his reddish-brown fur sheds in a patchy manner. Like many adult males, he often has scars and wounds on his face and neck. In late summer and fall, he is typically very fat with a low-hanging belly and uniformly dark brown fur.

Unfortunately, some people hacked the election and tried to spam-vote the bear Holly in, but the organizers found a way to eliminate the fake votes  (h/t Jez).

Here’s an hourlong “live chat” about the contest, featuring great scenes of 747, the whole group of fishing bears, and interviews with the rangers.

I see no big news of note, but readers are welcome to highlight events, births, and death on this day by checking the Wikipedia page for October 12.

Meanwhile in Dobrzyn, Hili’s keeping warm, sitting on the windowsill with the curtains tucked up to allow the heater to blow its warmth:

A: What are you doing here?
Hili: They said to save energy, so I’m saving. 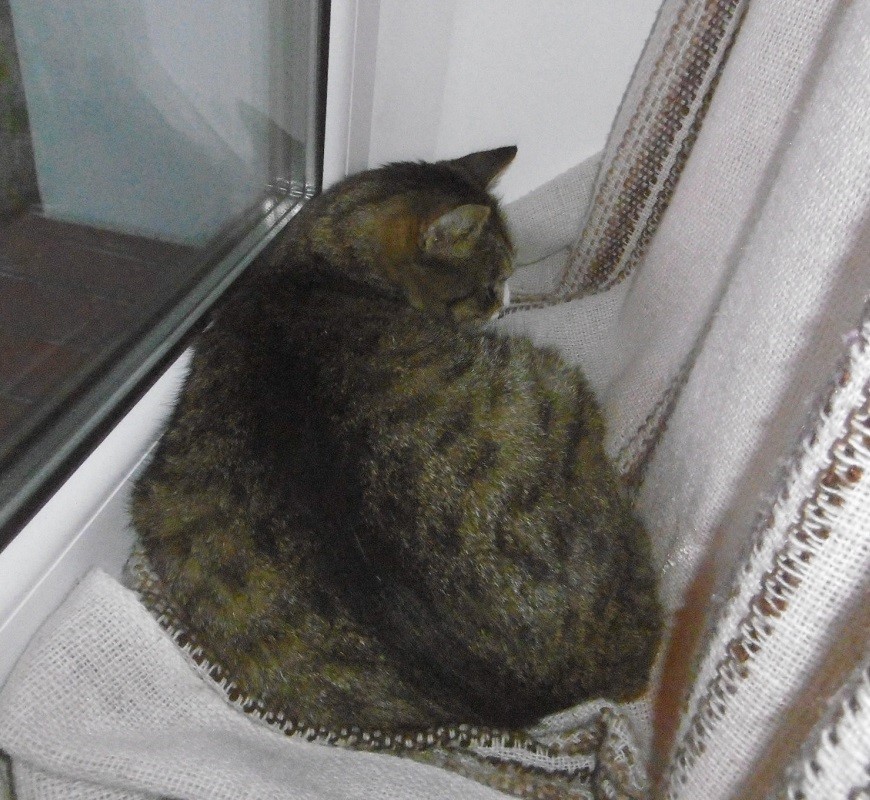 And a photo of Kulka and Szaron with a caption by Andrzej:  “Another picture taken by Paulina”: