Fat Bear Week and Nobel Prize Week are often concurrent, as they are this year, and I find them of equal interest, because I love the big fat bears putting on weight for hibernation. The competition starts TOMORROW, so go and vote as soon as you can. These ursids get pretty damn chubby, and some are positive chonks. Eight of them are in competition for the big victory on Fat Bear Tuesday, October 11.

This is from the National Park Service site on Fat Bear Week (click on screenshot): 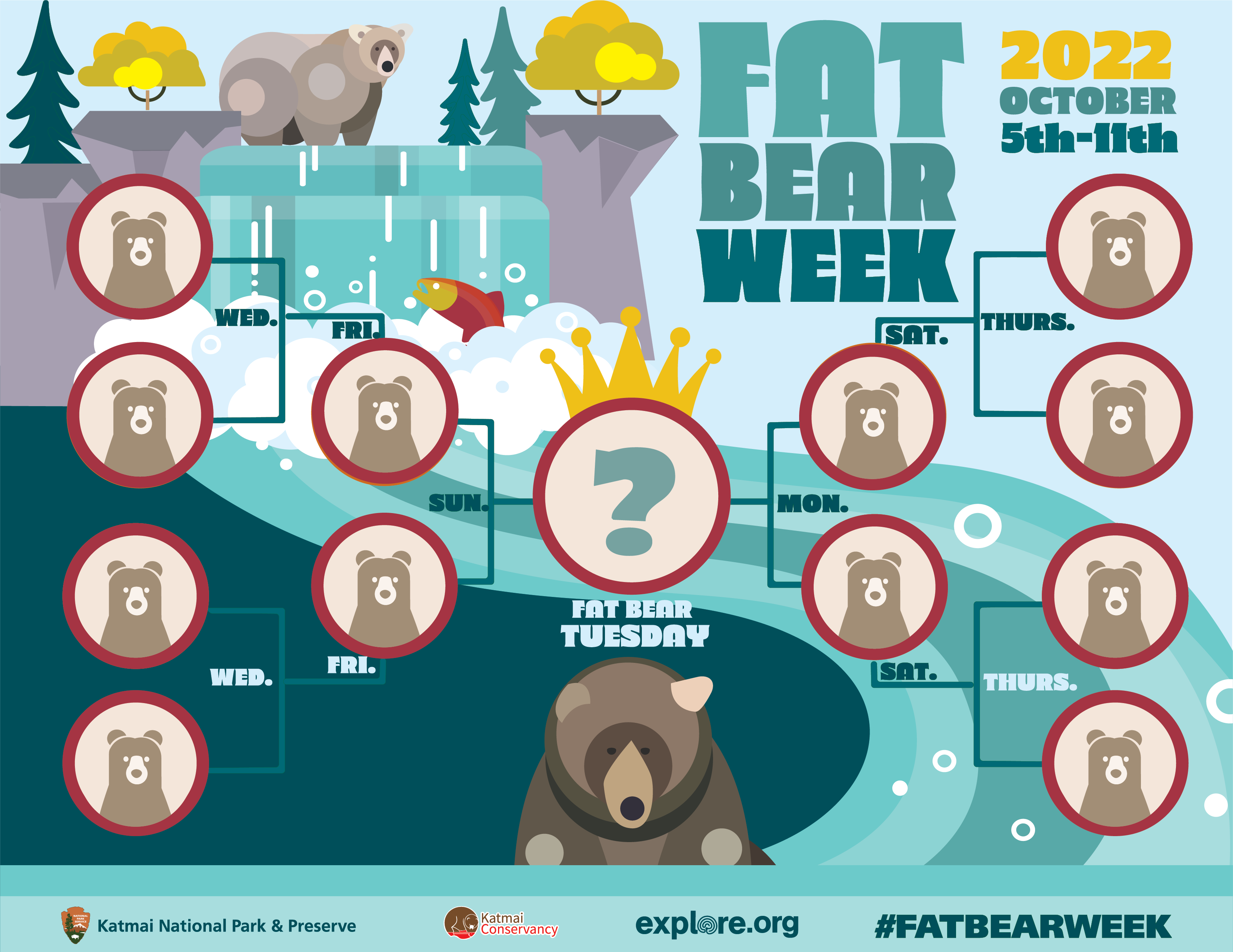 And the necessary information:

Rangers create a March-Madness style bracket pitting individual bears against each other. The public then votes to see who will advance each round. Voting takes place over several days on www.fatbearweek.org. People may vote using any criteria they see fit. In the end, one bear will reign supreme.

This year, Fat Bear Week starts on October 5 and concludes on Fat Bear Tuesday, October 11. In addition to voting during this week-long tournament, there will be a series of online chats on explore.org featuring Mike Fitz, explore.org’s resident naturalist, and rangers from Katmai. These chats focus on both the individual bears and Katmai’s healthy ecosystem. Throughout the season, you can also tune in to the explore.org bear cams, which offer unprecedented access to the lives of the bears of Brooks River. There are also special live events on a variety of topics hosted weekly throughout the season.

Who’s who in the bracket? Check out the competitors and their early season/late season photos here.

More photos can be found on Katmai’s Flickr site.

You can see some of the matchups here, and see photos of each bear before and after fattening here.

For each pair during the competition, you tap on the bear you like best (one vote per pair per person)—presumably that would be the fattest bear, or the bear that has gained the most weight over the season, unless you’re some kind of weirdo who likes skinny bears that might not survive hibernation.

Look at some of these chonks from the “meet the bears” page: 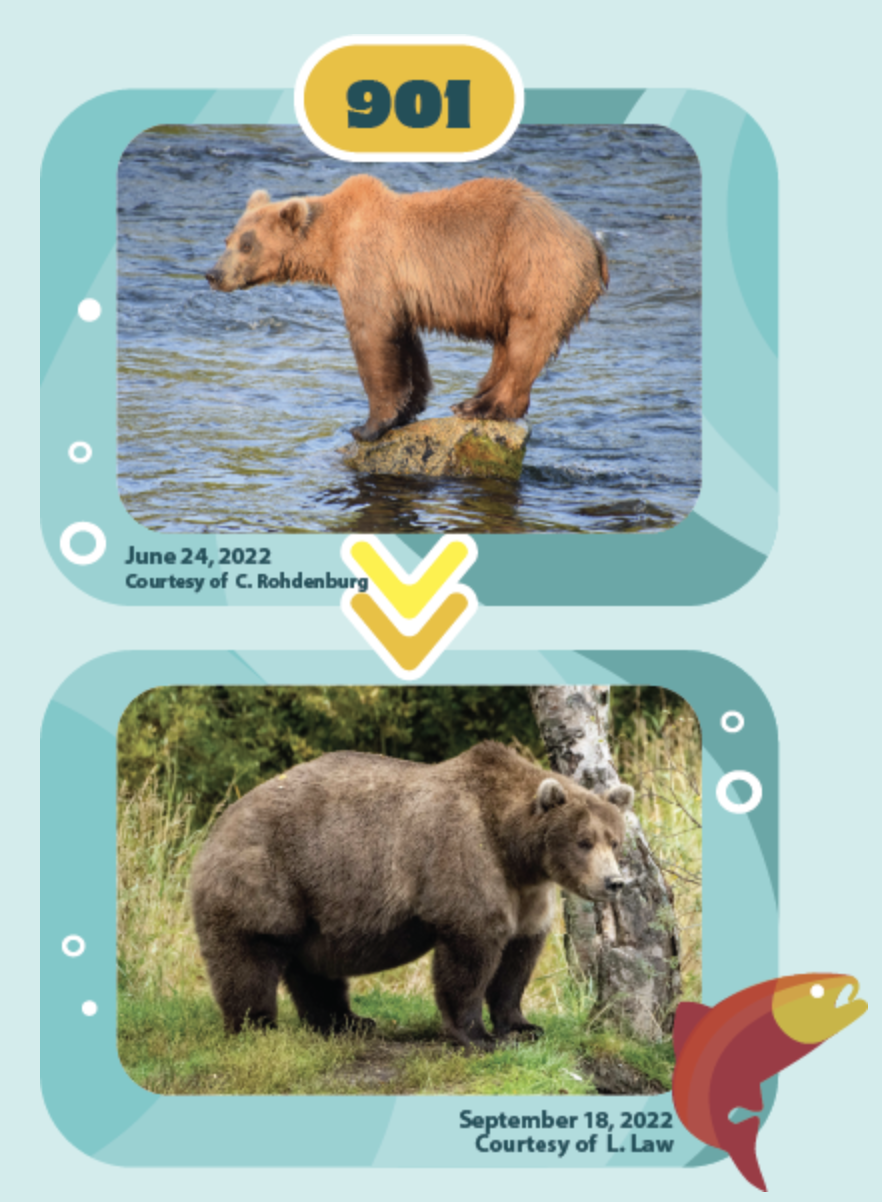 “909’s yearling”.  This two-year-old cub became quite a prolific fisherman: 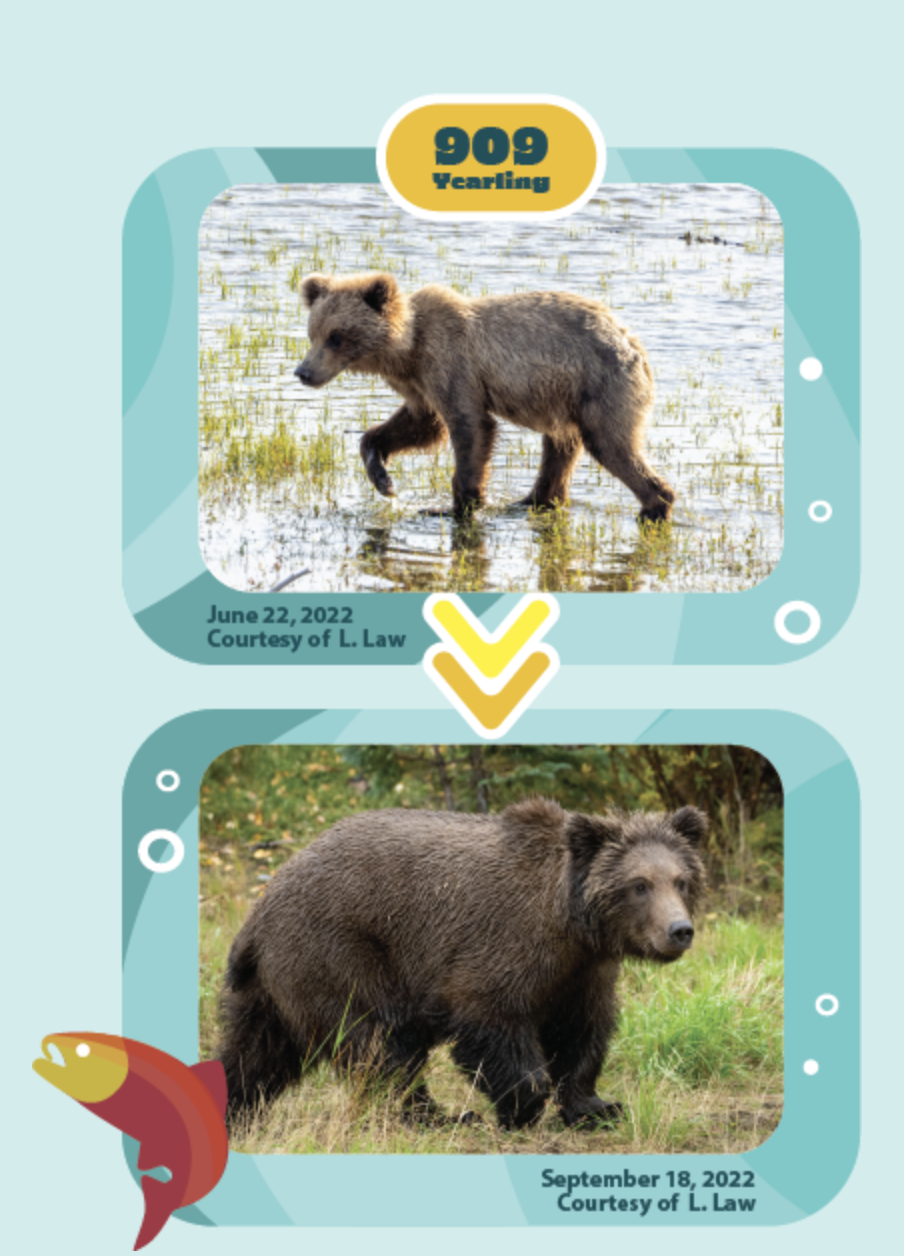 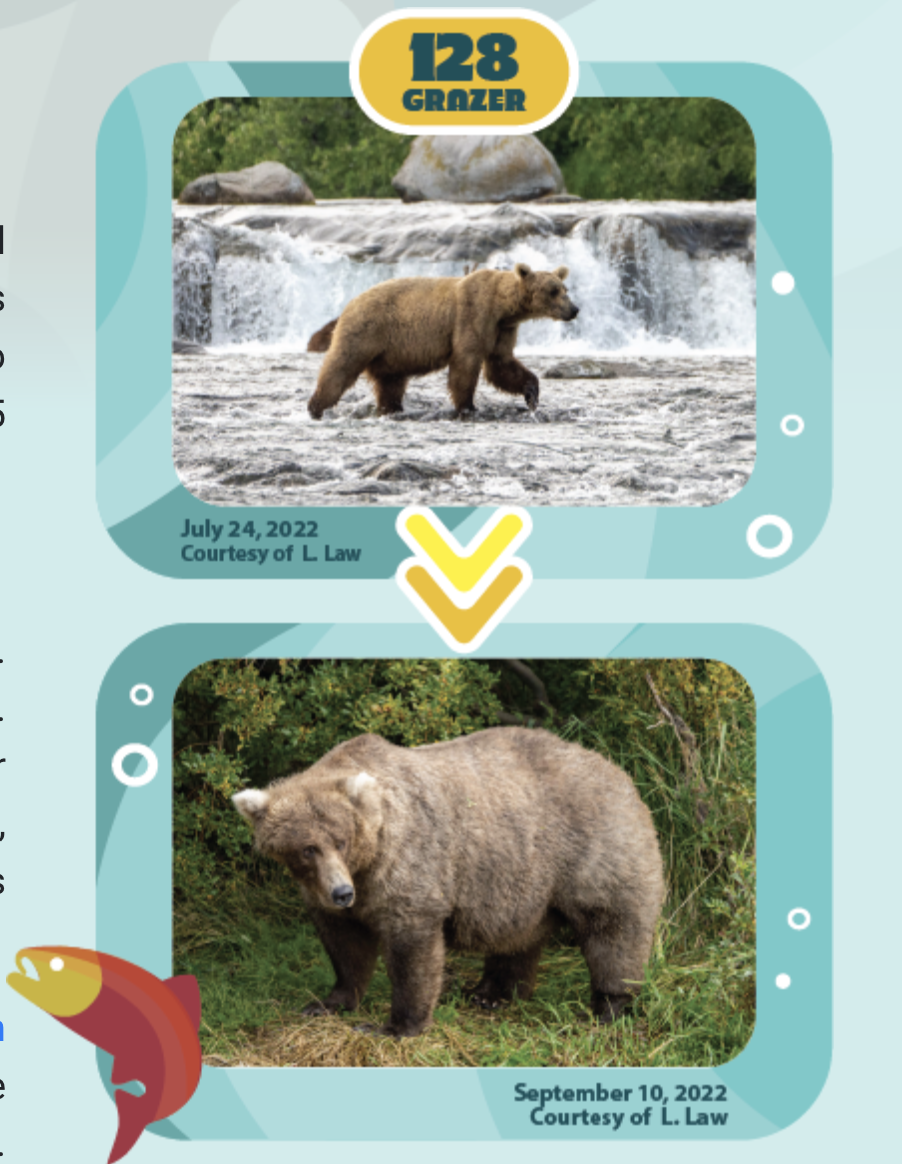 Remember, it is you the voters who determine which bears make their way to the final mano a mano pairing, and which one wins. May the fattest bear be the champion!