Reader Lou Jost—or rather the reserve guards on an expedition he was leading—found a new species of frog in the Machay Reserve in the rainforest of east-central Ecuador. He and others have described the species formally and introduces you to it in this post.  It’s a “poison arrow” frog and one of the prettiest frogs I’ve ever seen. (The loveliest, of course, is Atelopus coynei, present in another reserve—the Dracula Reserve—in NW Ecuador). These two areas, and ten other reserves, are part of the EcoMinga Foundation, for whom Lou works. His narrative is indented, and you can enlarge the photo by clicking on it.

Some time ago you featured some pictures of a crazy black and red frog that we had discovered in one of our reserves in Ecuador. After four years of work, we finally published the species’ scientific description last Thursday:

Here’s the frog. Isn’t she a beaut? It’s the first individual found: an adult female.  Note below that every individual of this species has been collected within a few meters of this one. 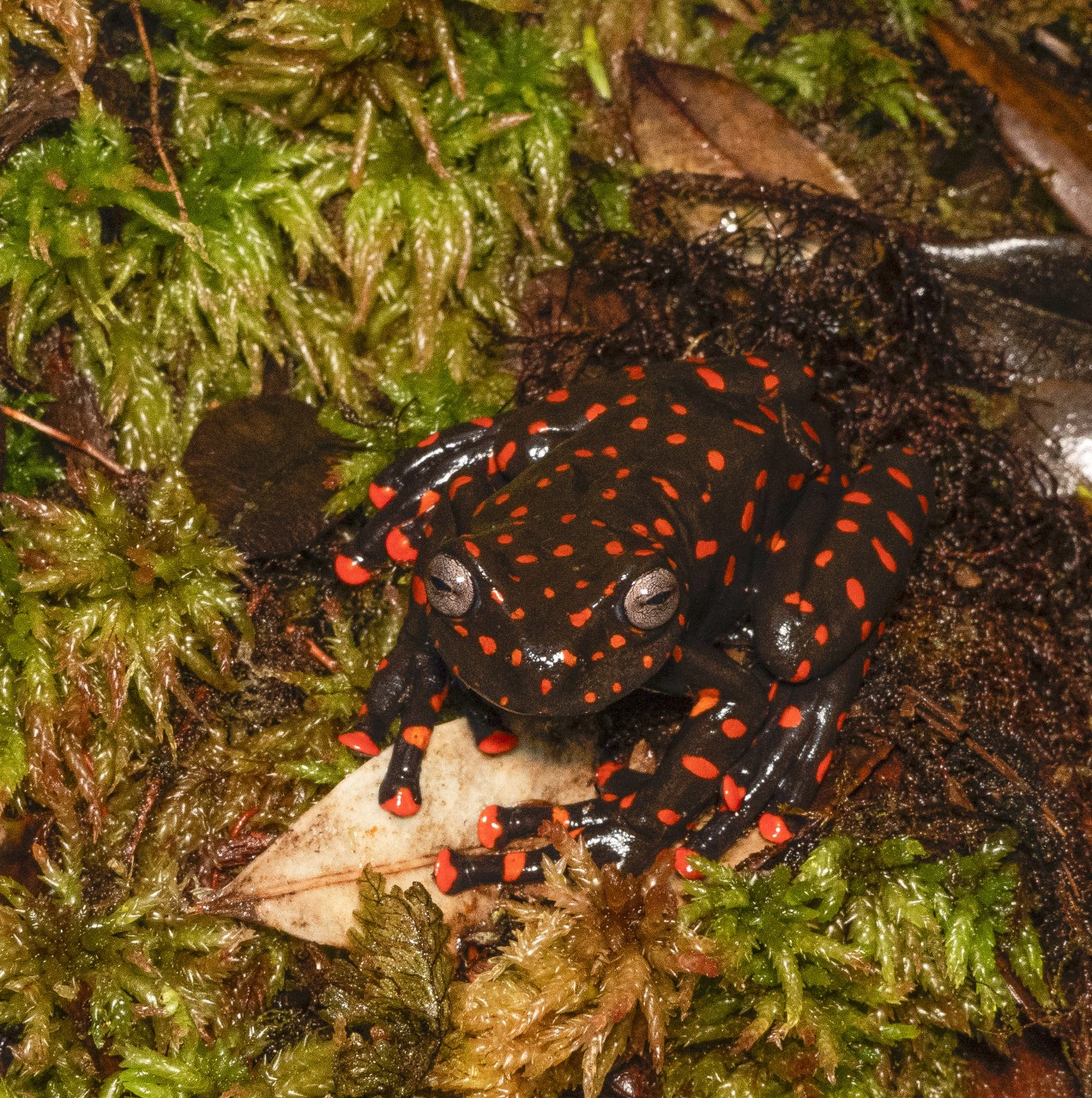 We needed these four years to find more individuals, in order to make a more complete description. We only find an average of one of these per year! All were found in exactly the same place, within two or three meters of the place we found the first one, high on a ridge of a very remote mountain in east-central Ecuador.

Here’s a video of a subadult:

Our drone video of the remote ridge where the frog lives

The most interesting conclusions of our paper were based on genetics. For starters, our two sequenced individuals showed a normal amount of genetic variation between them, suggesting that the population is not so small as to be inbred, in spite of the frog’s apparent rarity.

As you’d expect from the warning colors, this is a highly toxic frog. Many of the famous “poison dart frogs” (which are not closely related to the genus which contains our new frog) are safe to handle even though they are deadly if ingested. But our frog caused painful itching from hand to elbow after just very brief handling, something I have never experienced when handling the local poison dart frogs.

The frog is named Hyloscirtus sethmacfarlanei, after television producer Seth MacFarlane, who produces the popular adult dark-humor cartoon program “Family Guy”.  Seth is a passionate conservationist and we honor his efforts in that field, at the request of one of our conservation partners, Rainforest Trust.