Atelopus coynei is an aposematic neotropical frog first captured and described by my late friend Ken Miyata (this was part of a grad-school deal in which I offered to lend him $500 if one day he’d name a species after me). I’ve written about it on this site several times before.  As I have no offspring, this frog will be my only legacy—and the sole creature to bear the last name “coyne”.

A denizen of the rapidly-disappearing tropical forests of Ecuador, A. coynei was thought to have gone extinct, but in 2012 I got an email from Dr. Andreas Kay, who saw and photographed a single individual in Chinambi, Carchi, Ecuador.Isn’t it pretty?

The species is, however, still critically endangered, and there’s been no word on it since 2012.

Until this week. Lou Jost wrote me this morning from Ecuador, telling me that several of his colleagues—Juan Pablo Reyes, Marrio Yanez, Javier Robayo, and others—found a viable population of the species, and other amazing frogs, near EcoMinga’s Dracula Reserve (this was originally posted on December 6, but I didn’t know about it). Today Lou sent me these notes (indented) and photographs:

Atelopus coynei disappeared from its type locality many decades ago, and it was thought to be globally extinct because no specimens were collected since Sept 1984. Then in 2014 [JAC: really 2012] Andreas Kay discovered a small population of this species in extreme northwest Ecuador, near the Colombian border. Andreas wrote Jerry about it and sent photos, which Jerry posted here.

Andreas told me where he had found it, and the population was fairly close to a new ecological reserve that the EcoMinga Foundation (which I co-direct) had established. I asked Andreas and the foundation’s executive director, Javier Robayo, to investigate the area further, and to negotiate with the landowner so we could buy that land and save the frog. Even though the habitat was not extensive and the area was being fragmented by agricultural activity, it was the only place we knew where the frog lived, so it seemed like a worthwhile effort.  But after talking with the owner, Andreas and Javier felt uneasy about him, and decided to search for him on the internet. Among the hits was a newspaper article with a photo of the landowner in handcuffs in a  police lineup, behind a table piled with bricks of cocaine and assault rifles confiscated from the man’s properties. Perhaps this was not the best place to have been searching at night for frogs with a flashlight and recording equipment! We abandoned the negotiations and thought that our chance to save Atelopus coynei had ended.

But wait—there’s more! (See below.)

Atelopus coynei (these are the equivalent of other people showing their baby photos). Photos by Juan Pablo Reyes and Jordy Salazar/EcoMinga: 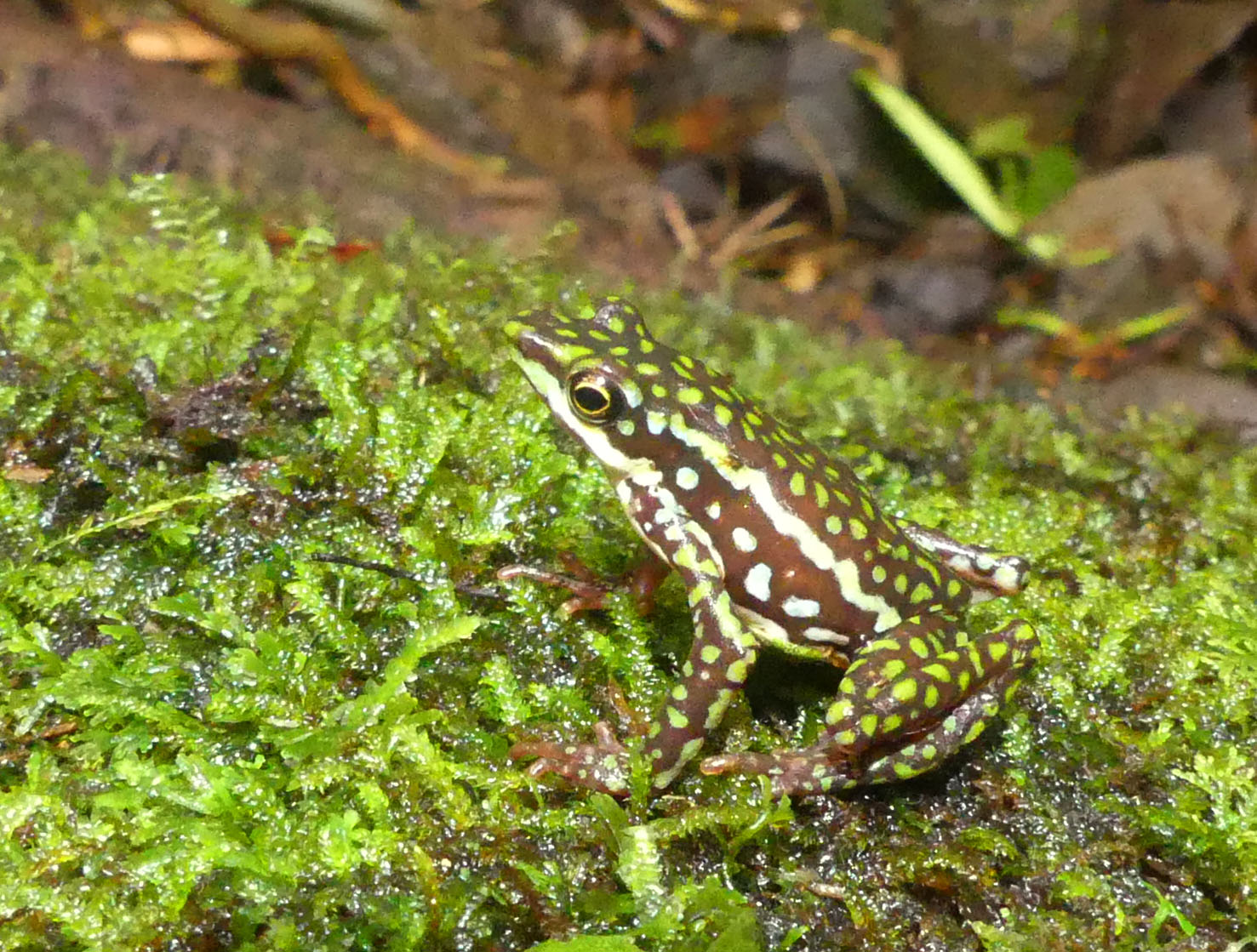 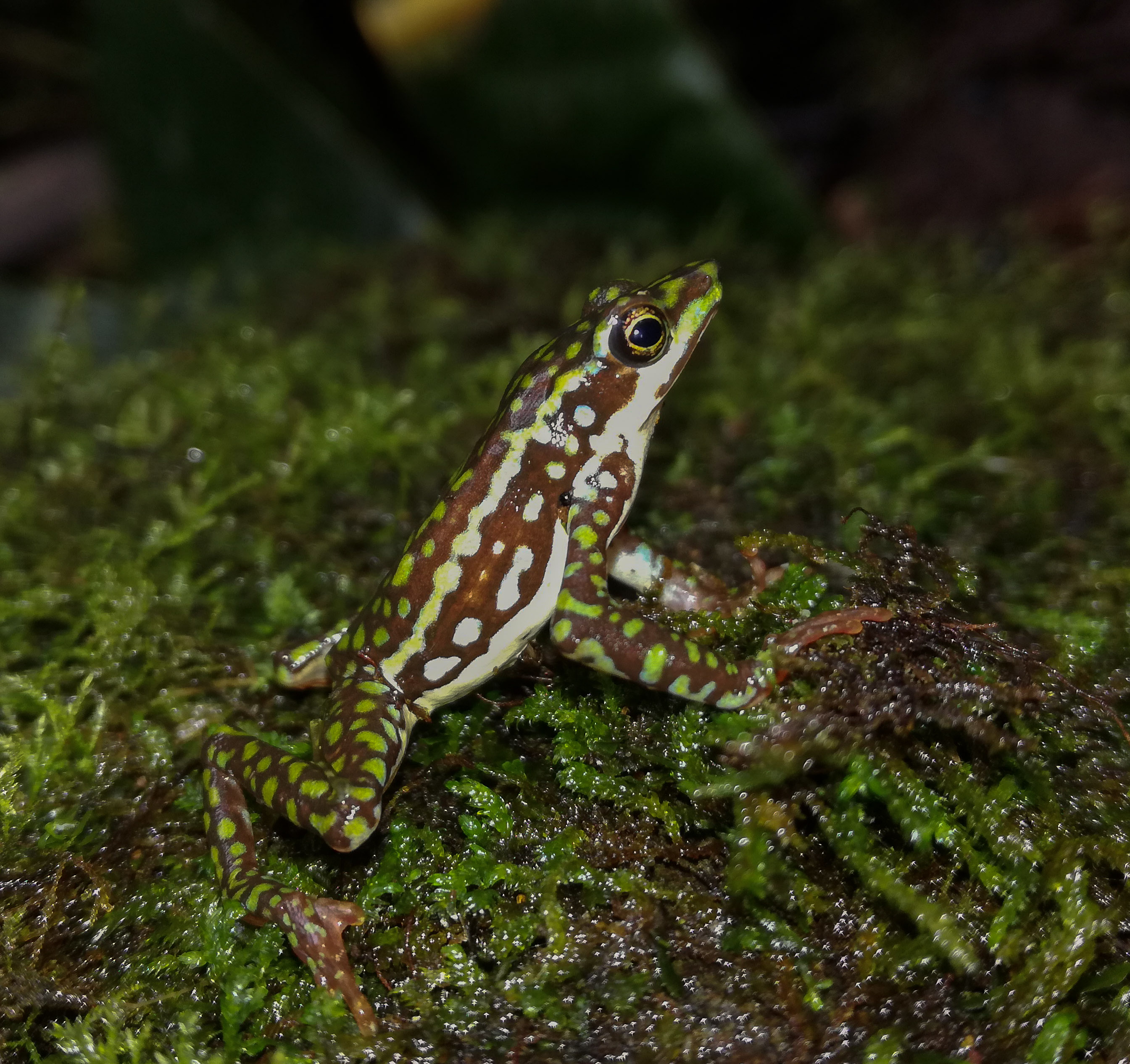 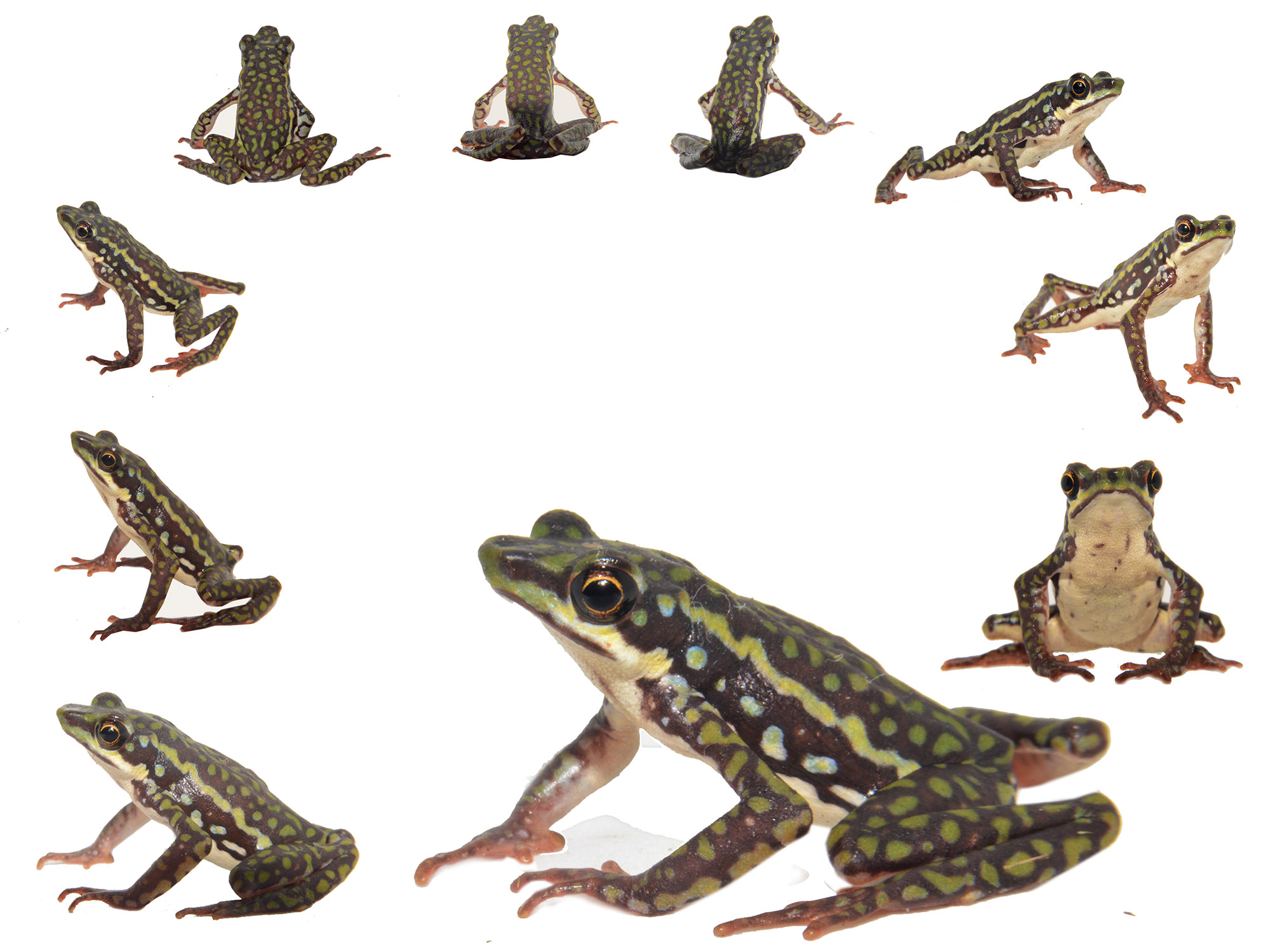 Then in December 2017, Javier and our herpetologist and reserve manager Juan Pablo Reyes organized an expedition to explore land we hoped to buy to expand the Dracula Reserve. The expedition included Mario Yanez, a well-known herpetologist from Ecuador’s National Institute of Biodiversity. They were thrilled to discover a good population of Atelopus coynei on one of the properties we were considering!!!! They also discovered another species that had been lost in Ecuador, Rhaebo colomai, though that species was known from a population in nearby Colombia. To top it off they discovered a dramatic completely unknown frog species, yellow with blue eyes!!! This is an amazing area and saving it has become a high priority for us. We are being helped by the Orchid Conservation Alliance, the University of Basel Botanical Garden, and the Rainforest Trust. 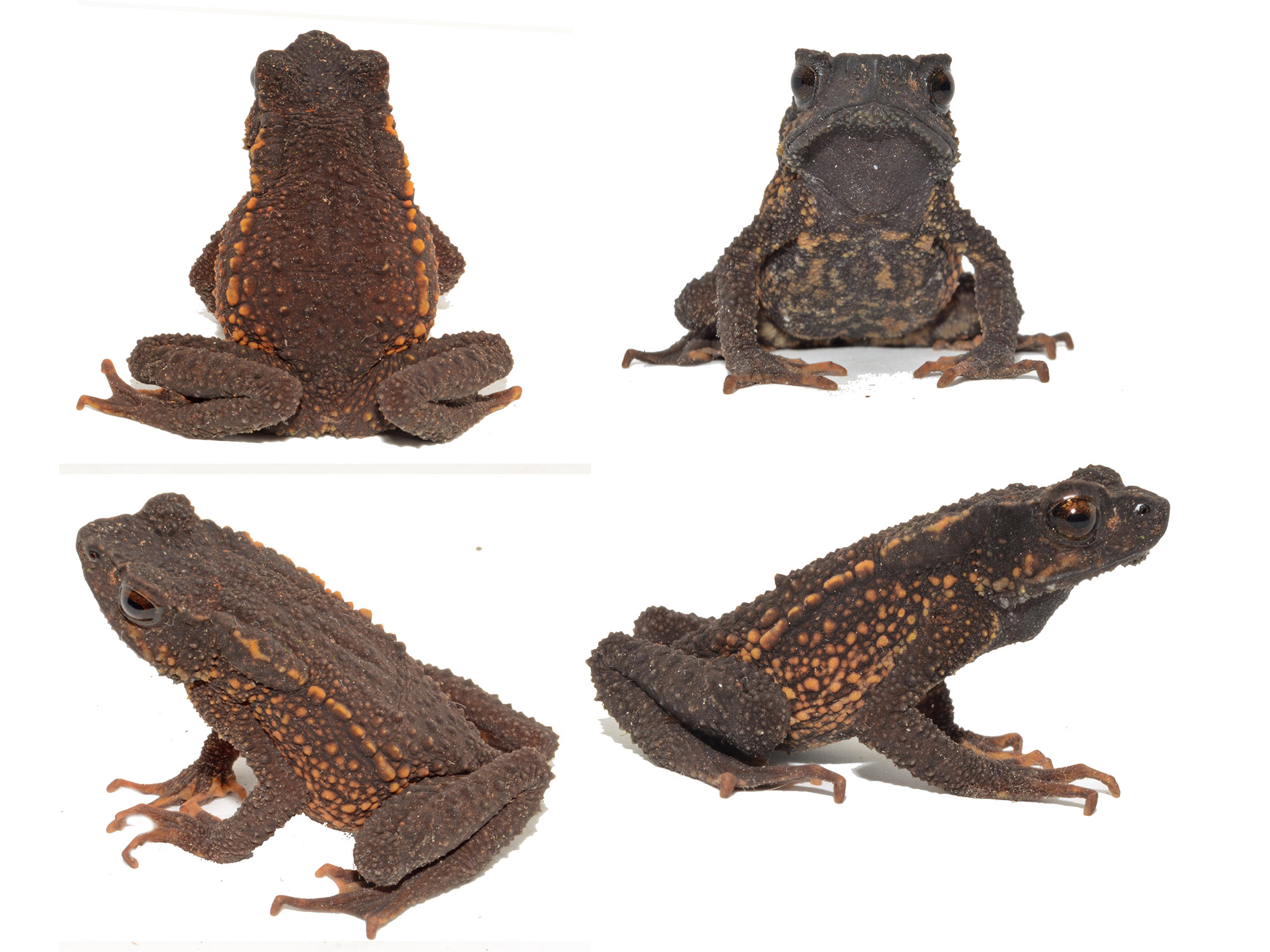 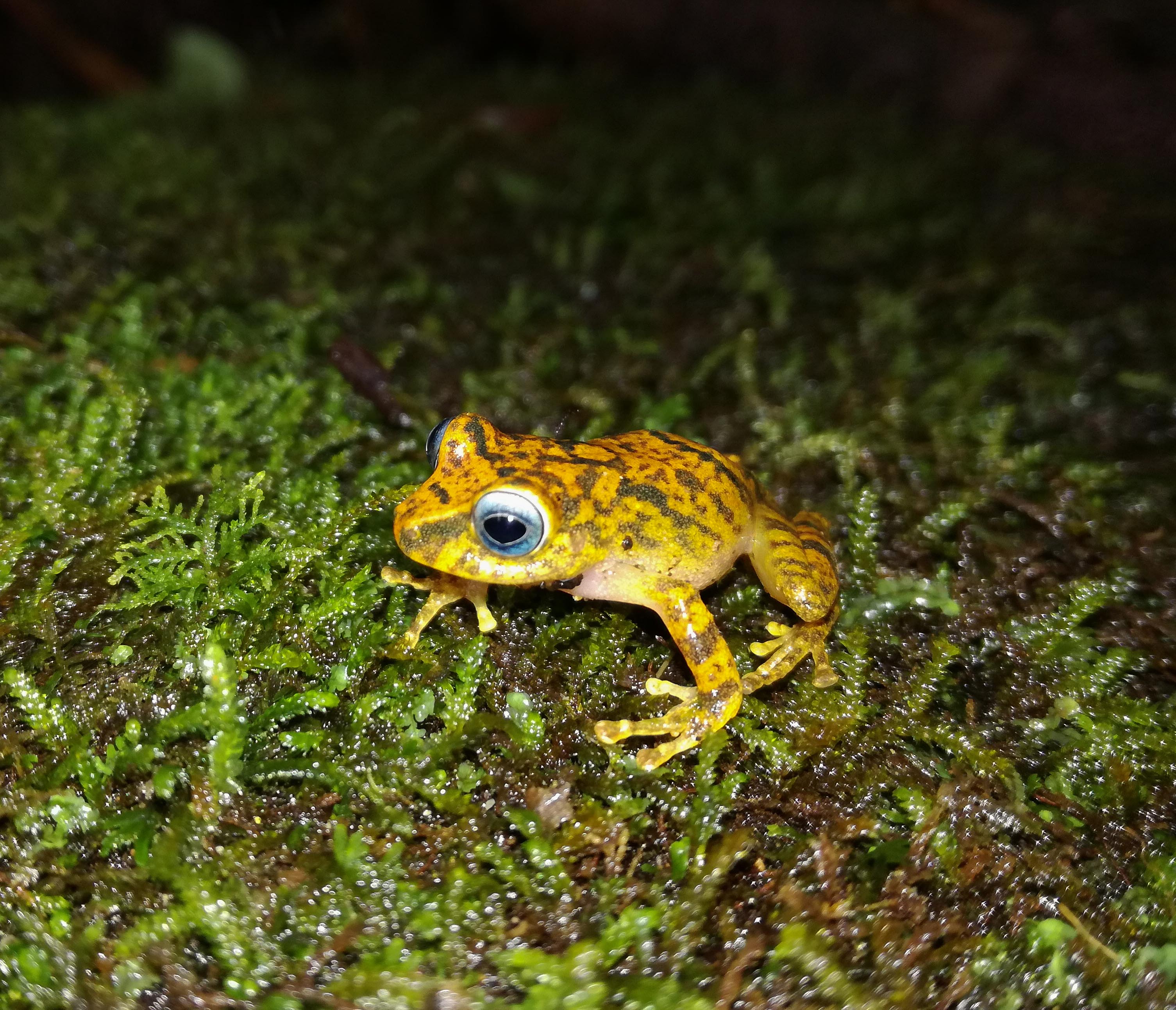 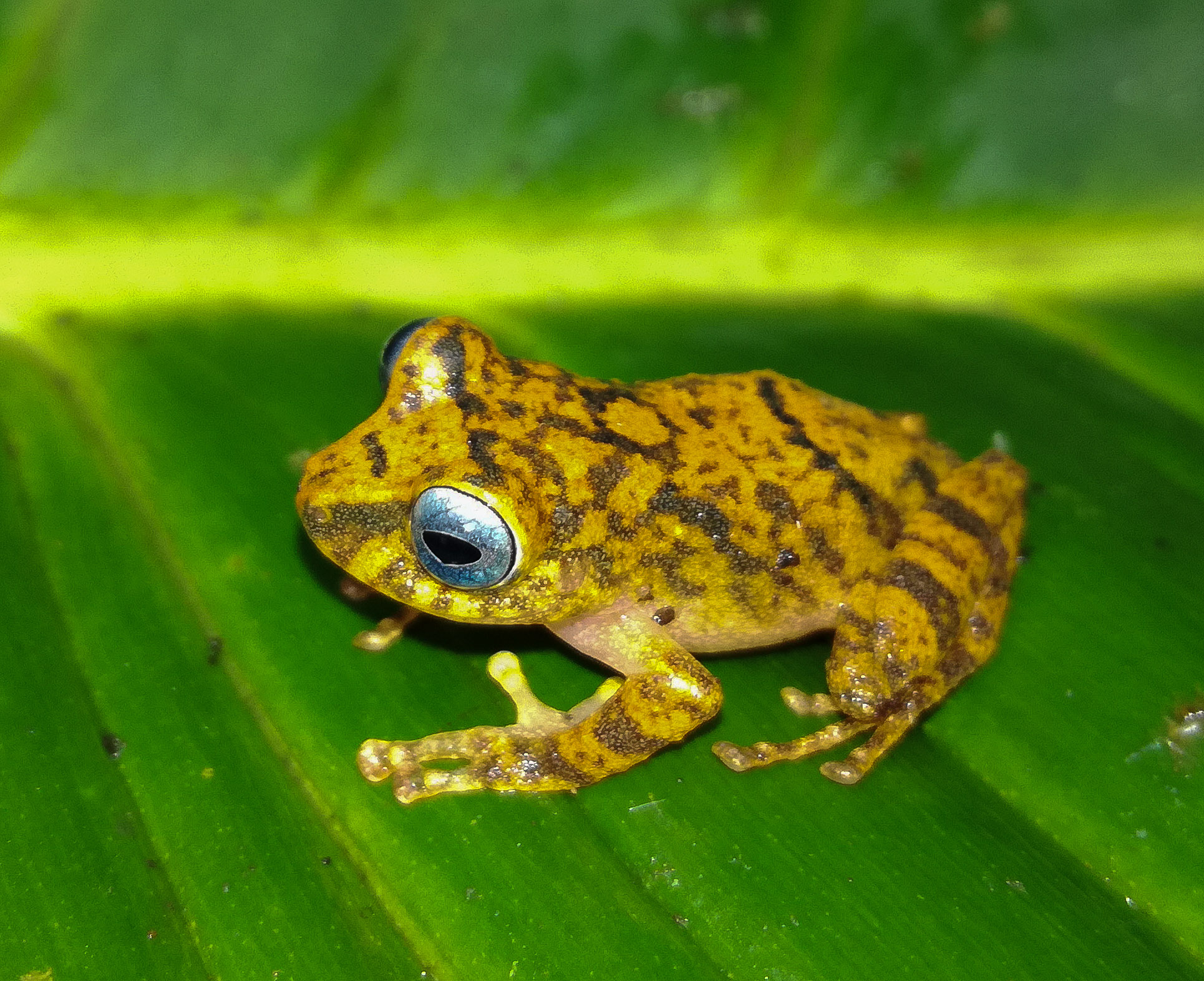 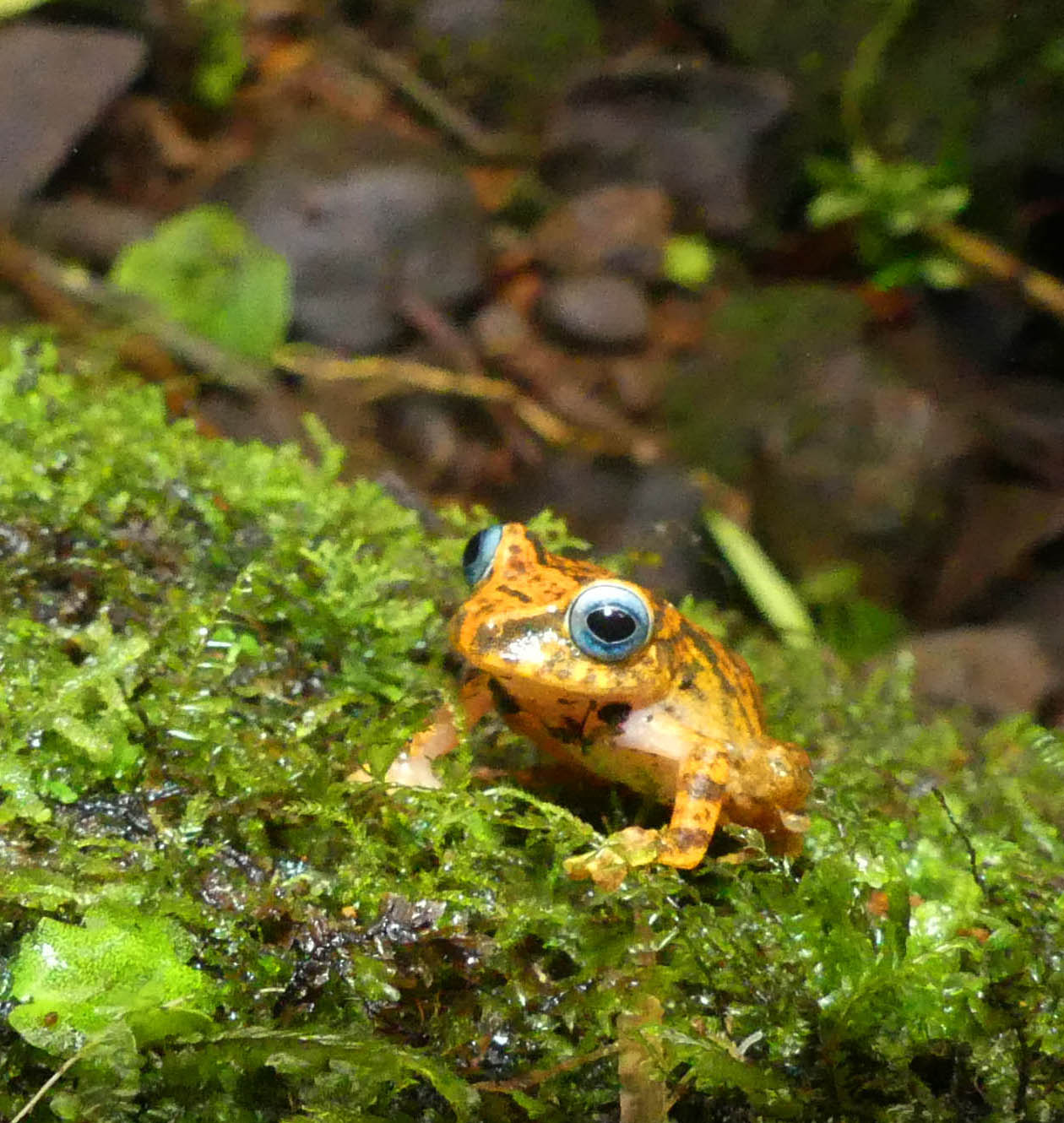 If you want to help save Atelopus coyneii and many other rare and endangered plants and animals, and buy new land to expand the reserve, you can donate here. Meanwhile, here’s a photograph of Lou presenting David Attenborough with a picture of a tree named after him (a frog is cooler!). Caption is Lou’s:

35 thoughts on “Readers’ wildlife photographs: My frog is still alive!”