Today’s photos are from reader Kevin Elsken, who hails from Arkansas. His captions are indented, and you can enlarge the photos by clicking on them. (There’s a bit of politics, too.)

I would like to share some outdoor photos depicting some sights of interest in the part of the world where I grew up: Northwest Arkansas. It is truly beautiful here, not that I would compare it with the Grand Canyon or Yosemite, but the Ozark Mountains do have their charm.  The downside of living here is that it is Trump Country. There is a church on every corner, sometimes two or three. Sarah Huckabee Sanders, the loathsome former press secretary for Trump and daughter of a former Arkansas governor (a person perhaps even more loathsome than Trump) has secured the Republican nomination for governor. Her opponent is a black man, the son of two preachers, who has a BS in math and physics, a Masters in nuclear engineering and a PhD in urban planning, the latter two from MIT. Unfortunately the vote will start at 60-40 in favor of Sanders. I think that the vote gap will close, but I cannot dare to hope he might win.

Enough of the whining and on with the photos. First, just a couple of fall panorama photos to give you a feel for the terrain. The first is a spot which is humbly called the ‘Grand Canyon of Arkansas’ near Jasper, Arkansas. I guess Arkansans like to think big. The second photo is a random panorama along one of the country roads my brother and I favor for our cycling trips. 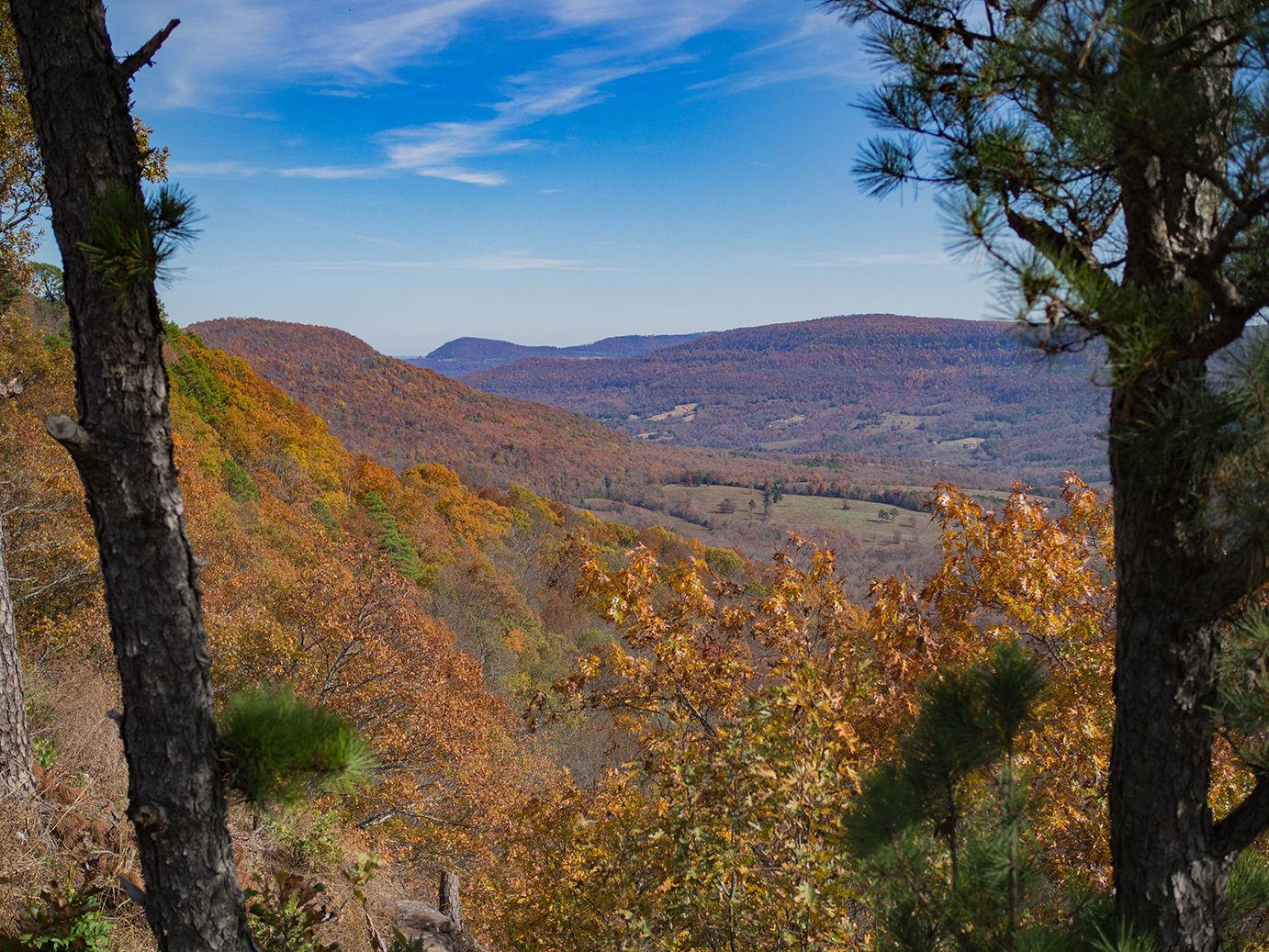 The next photos are of Hawksbill Crag, sometimes called Whitaker Point, a popular hiking destination and often featured on any Arkansas tourism brochure. The first two photos are of the crag itself, one from a distance and a second (on a different day) featuring my brother and I for some perspective. The last photo is an interesting boulder perched on the edge of the cliff along the hiking trail to the crag. While it looks like it could fall with a light push, it is pretty firmly in place. 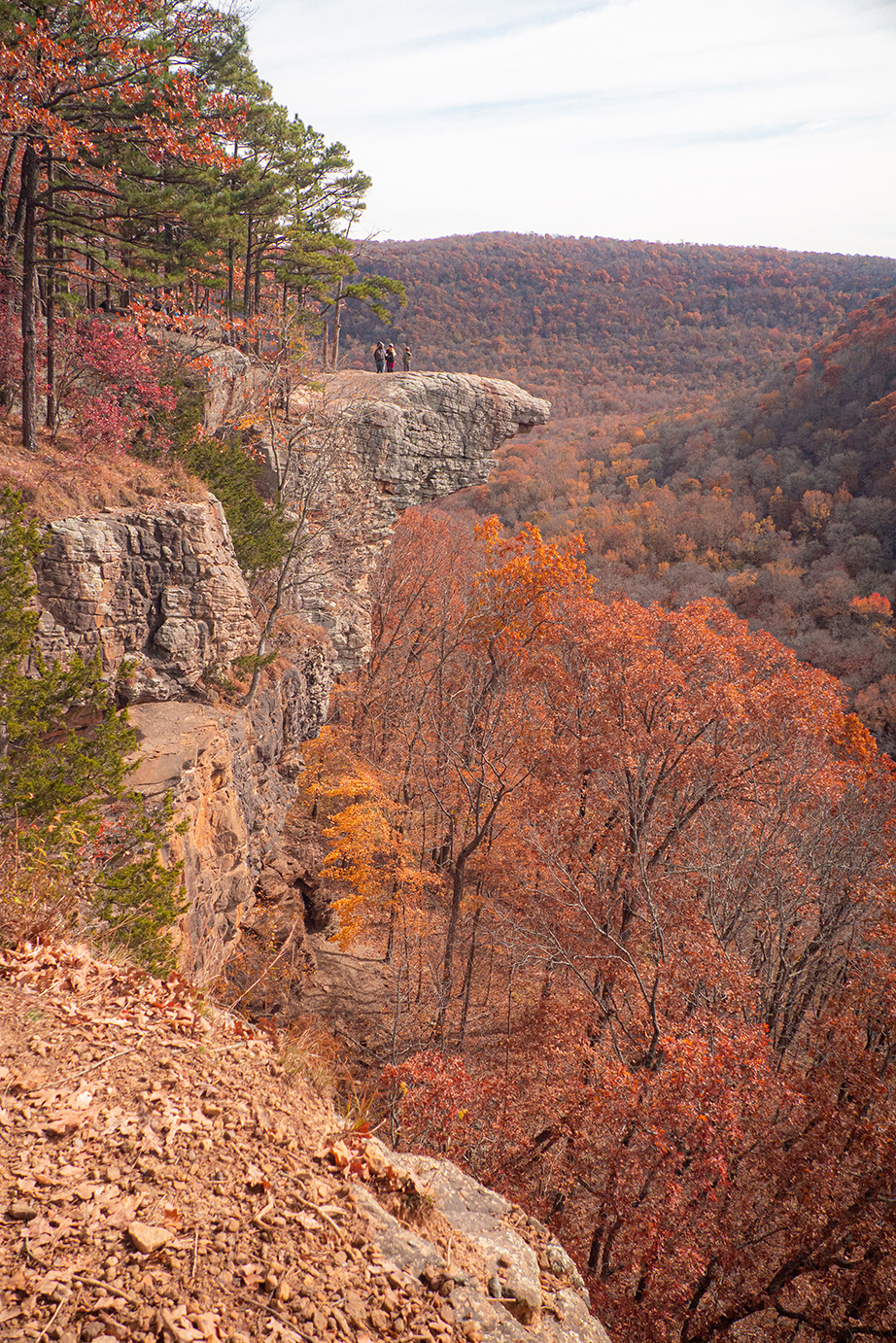 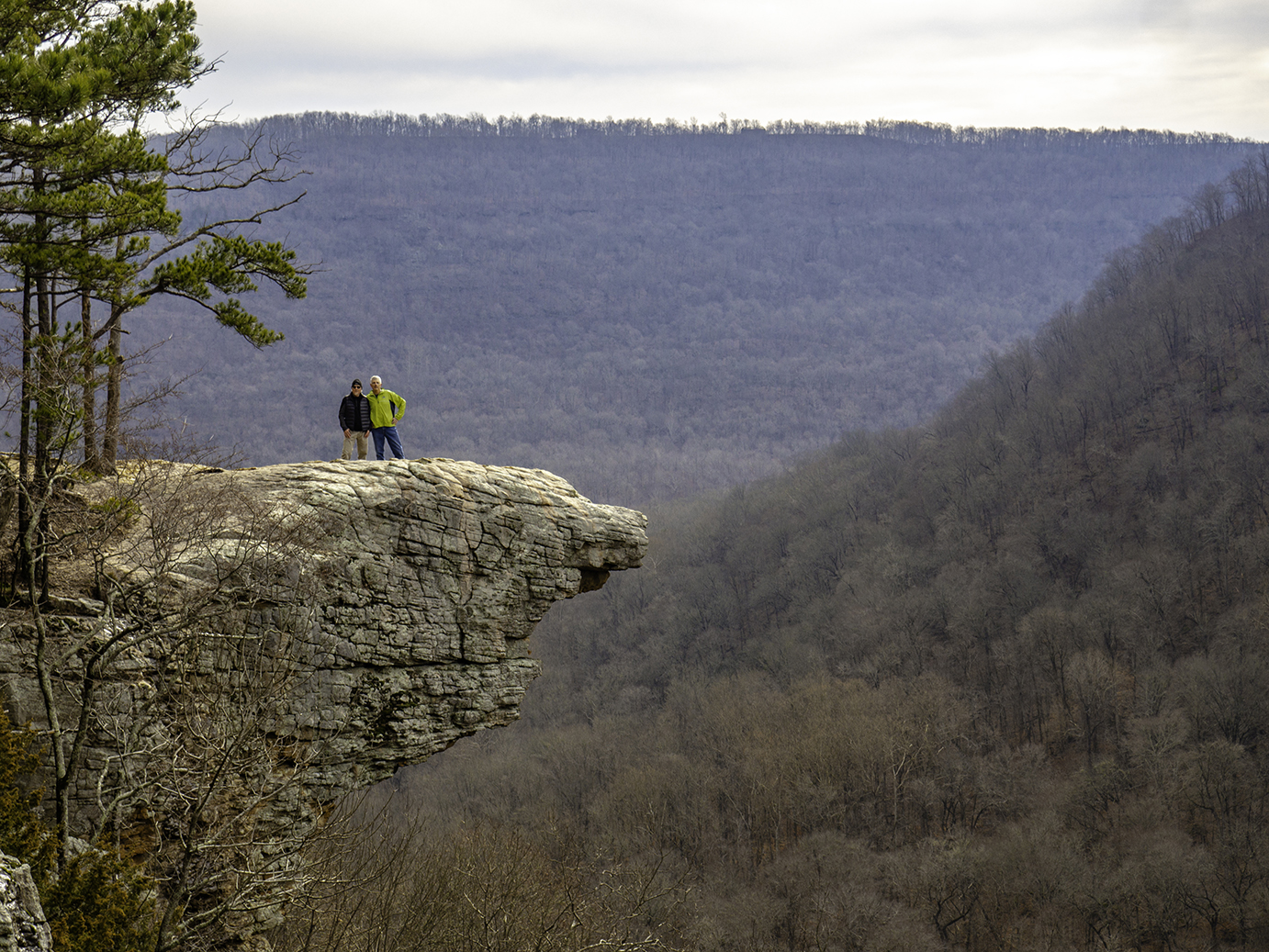 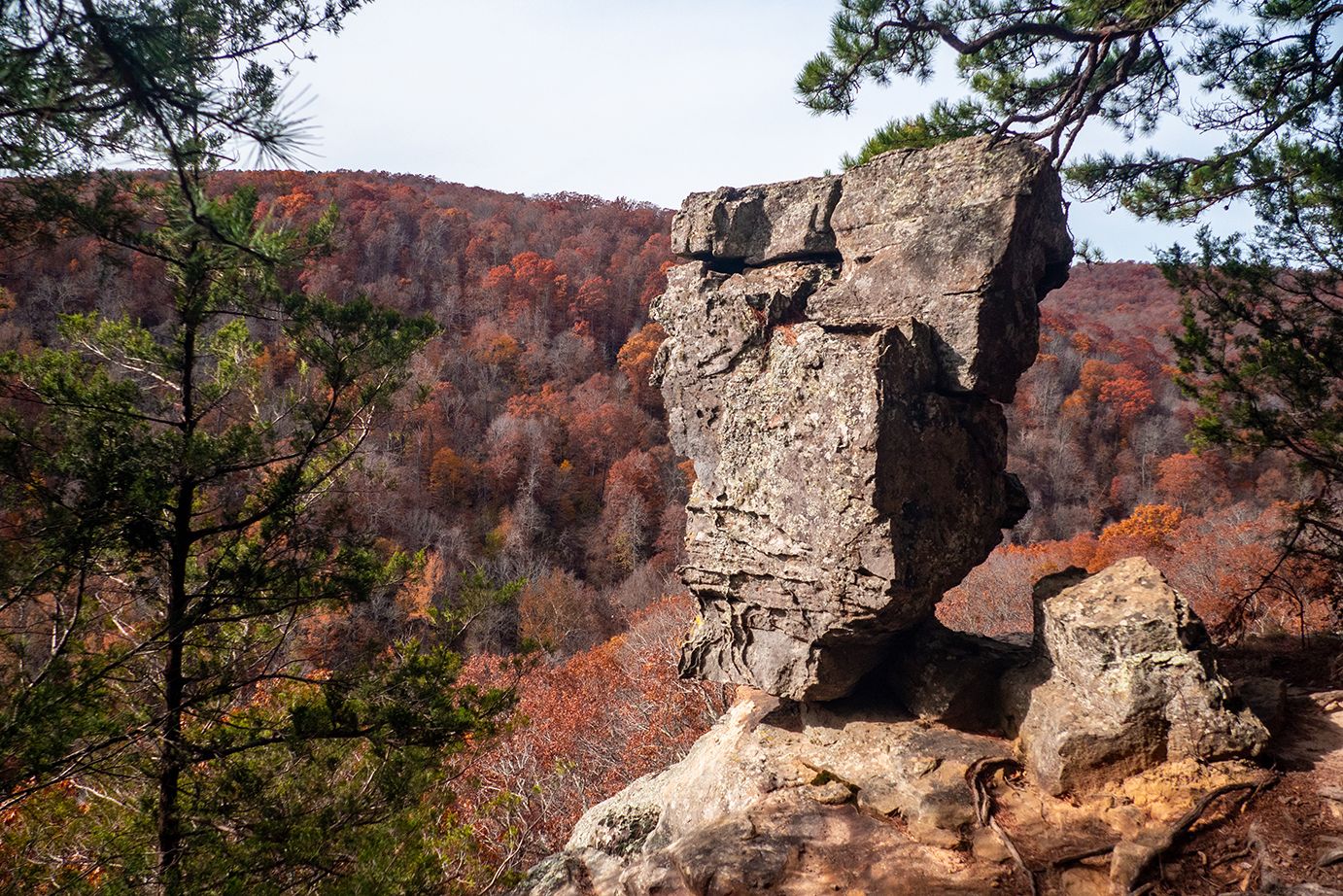 Devil’s Den State Park is a lovely spot, built in those halcyon socialistic days of the 1930s by the Civilian Conservation Corps. The park features a creek with a small dam forming a lake, along with numerous hiking trails. Lovely in the fall. Great place to get away from college on the weekend and spend the night on a bluff while enjoying the effects of a psychedelic, or so I’ve heard… 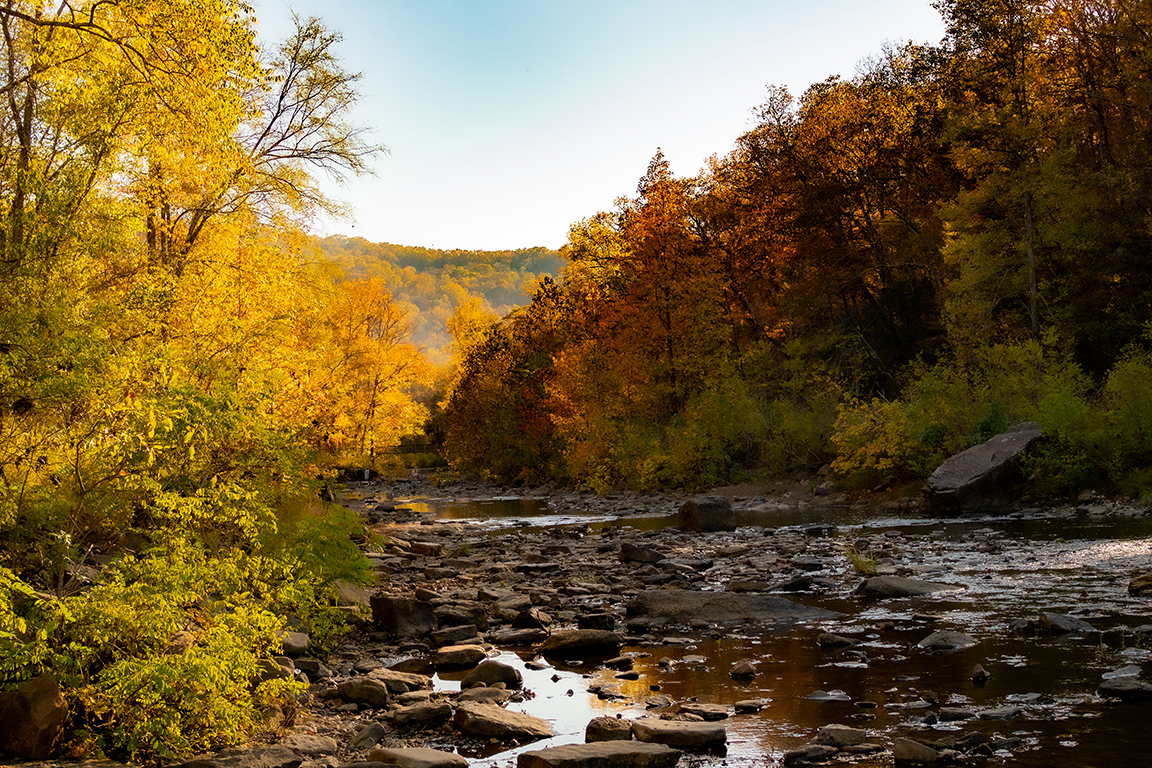 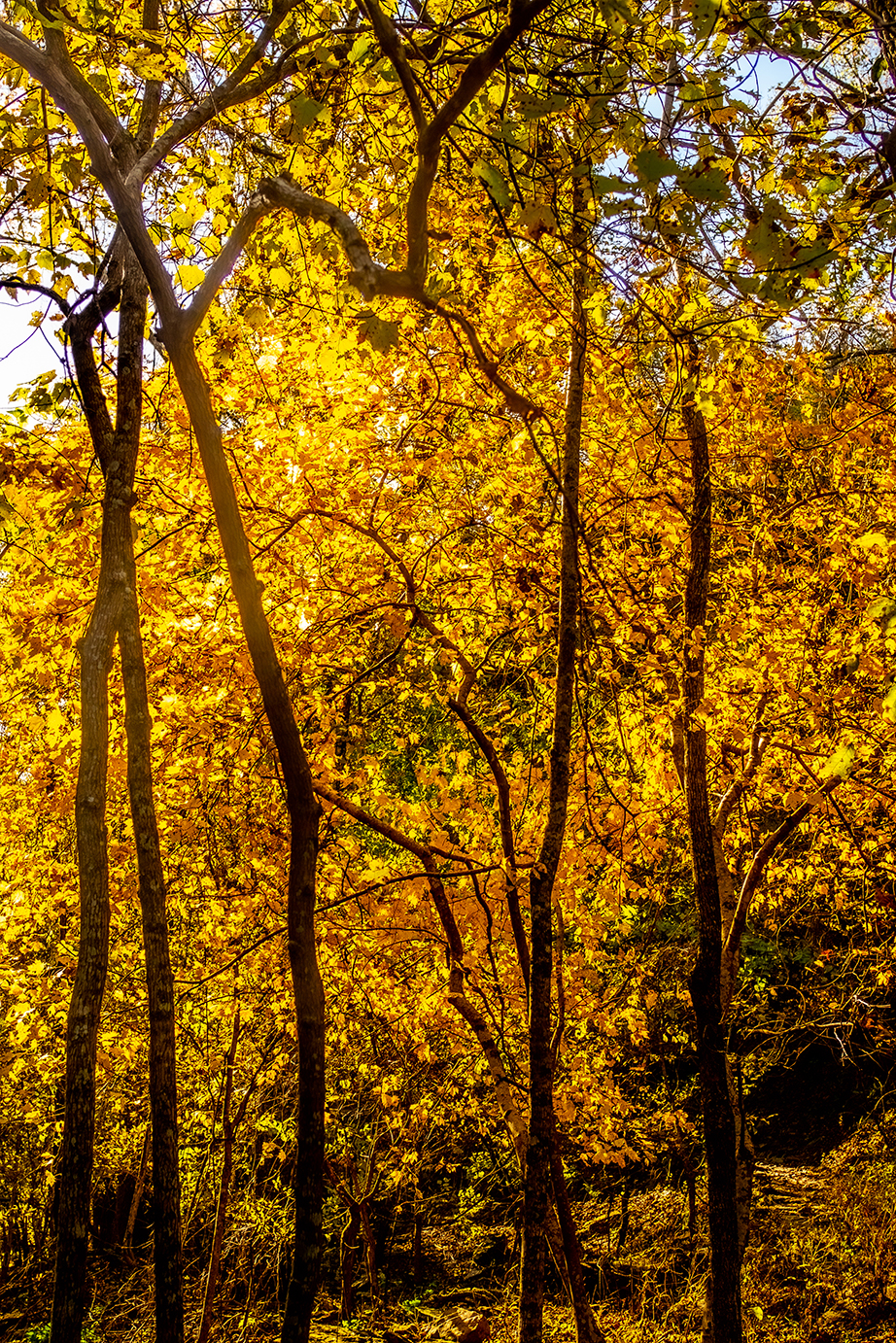 The Lost Valley trail is located near the Buffalo National River, the first to be declared a national river. The Buffalo River is great for canoeing, kayaking, and hiking, and the Lost Valley trail features some excellent scenery concluding with a small limestone cave and a waterfall. Unfortunately on the day we were there water was hard to come by. 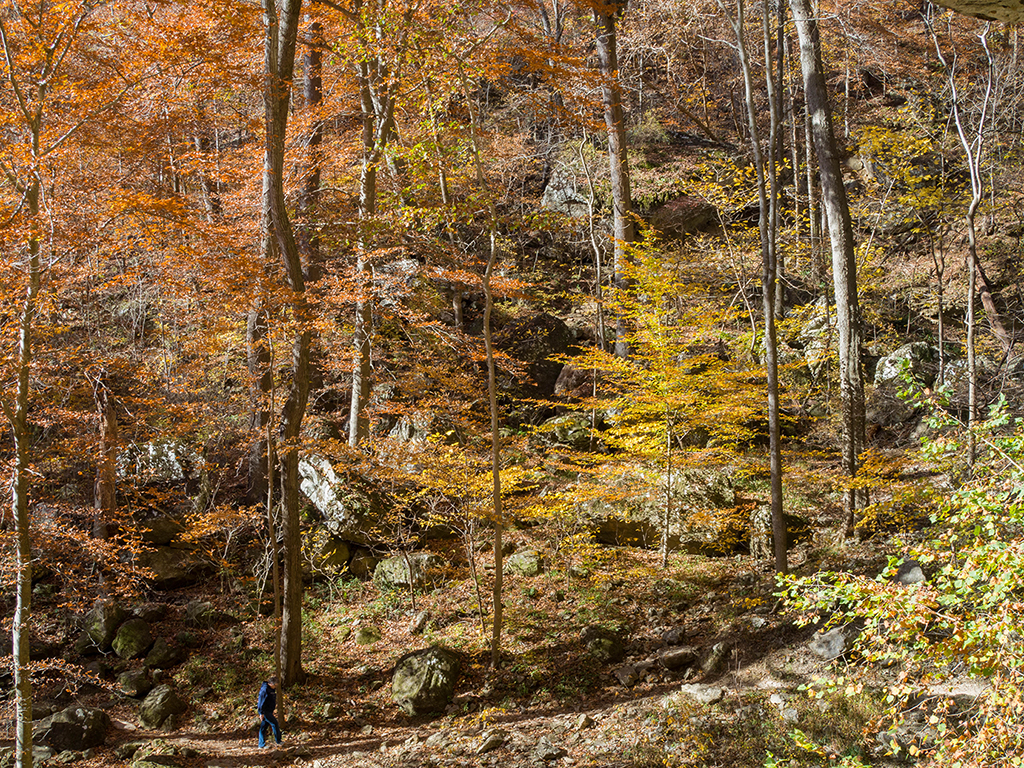 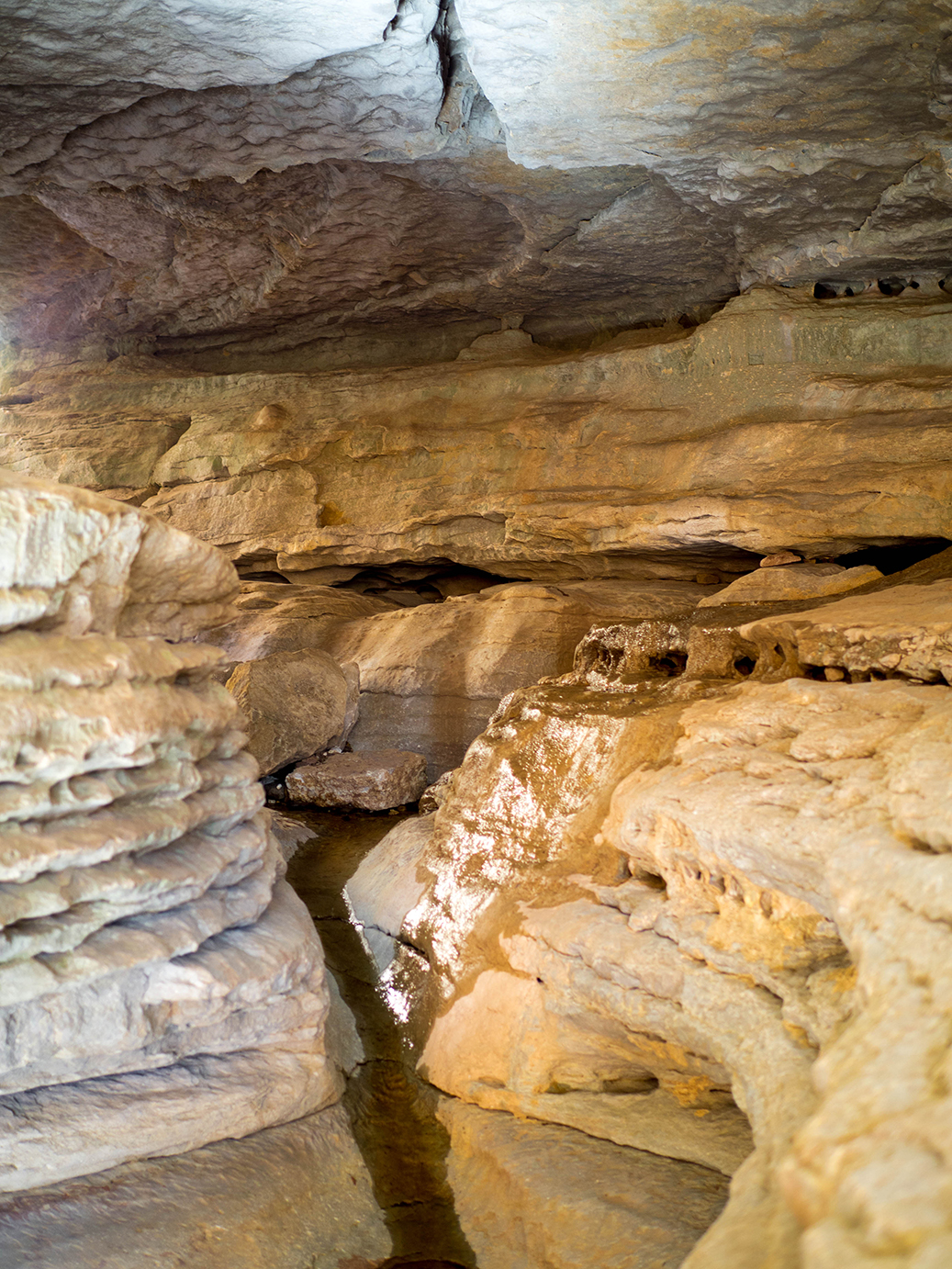 And if you are in the Ozarks and feeling a bit hungry, visit the Oark General Store. It is another tourist brochure favorite, but it serves a mighty tasty burger. 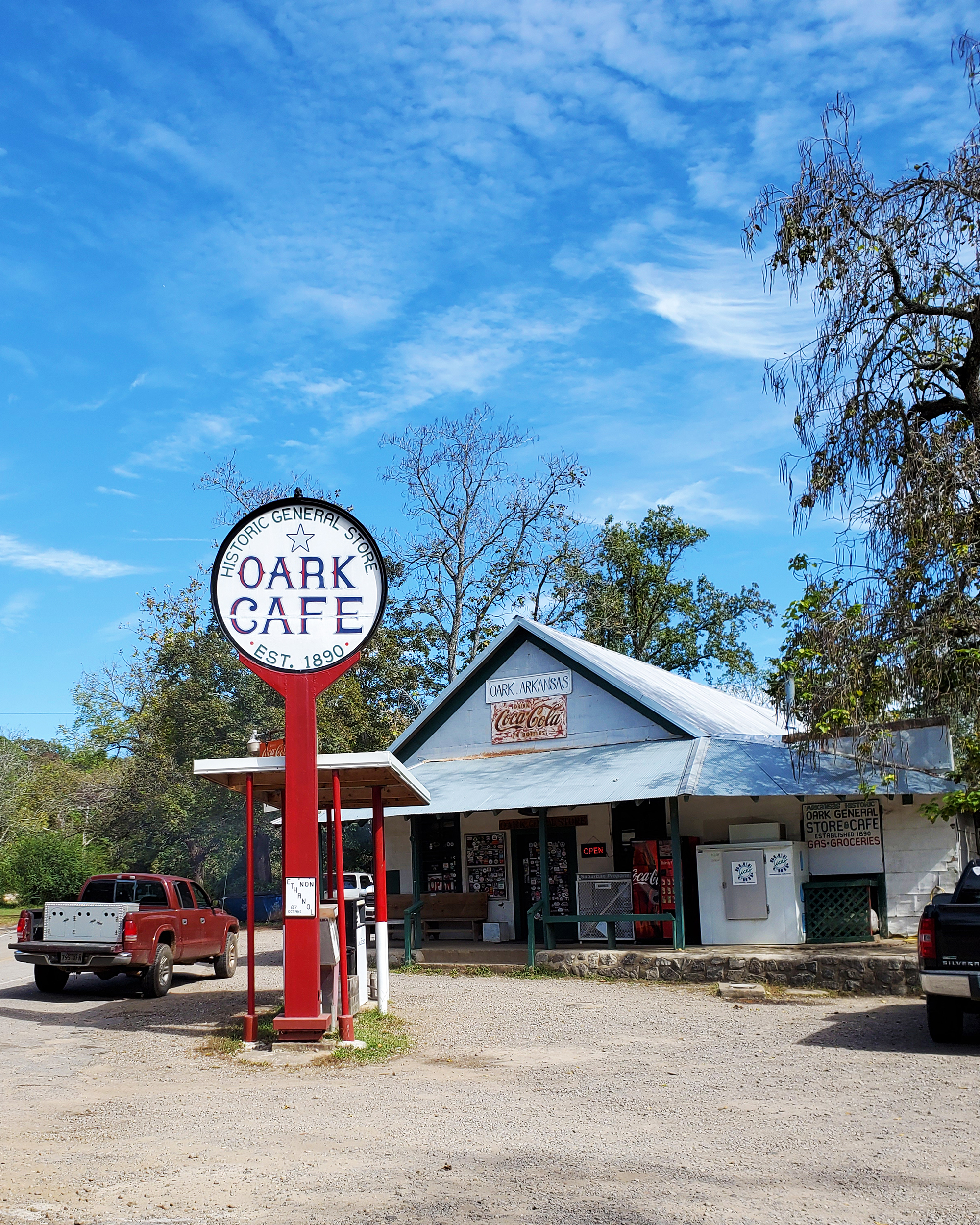 Lastly, a couple of fun photos. The first is an old truck my wife and I ran across in the middle of the woods. No idea why it was there.

I mentioned cycling with my brother, and I took this photo of him tooling down a country dirt road in fall. It is kinda what life is all about. 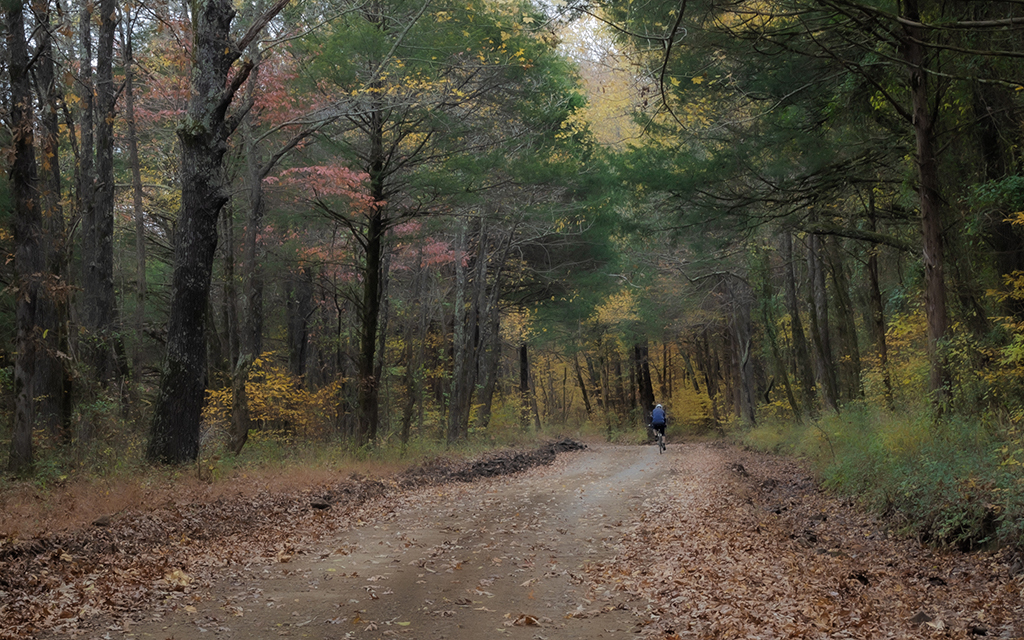