Today we have extraterrestrial “wildlife”—astronomy photos sent in by Terry Platt as singles or small batches. I’ve collected them and present six images with Terry’s descriptions (indented). You can (and should) enlarge the photos by clicking on them

Here are a few more H-alpha images from the Cygnus – Cepheus region of the Milky Way.

The NGC 6960 image shows another portion of the ‘Veil’ supernova remnant – this time in the Western arc in Cygnus. This part is often called ‘The Witches Broom’ and is about 1,470 light years away. 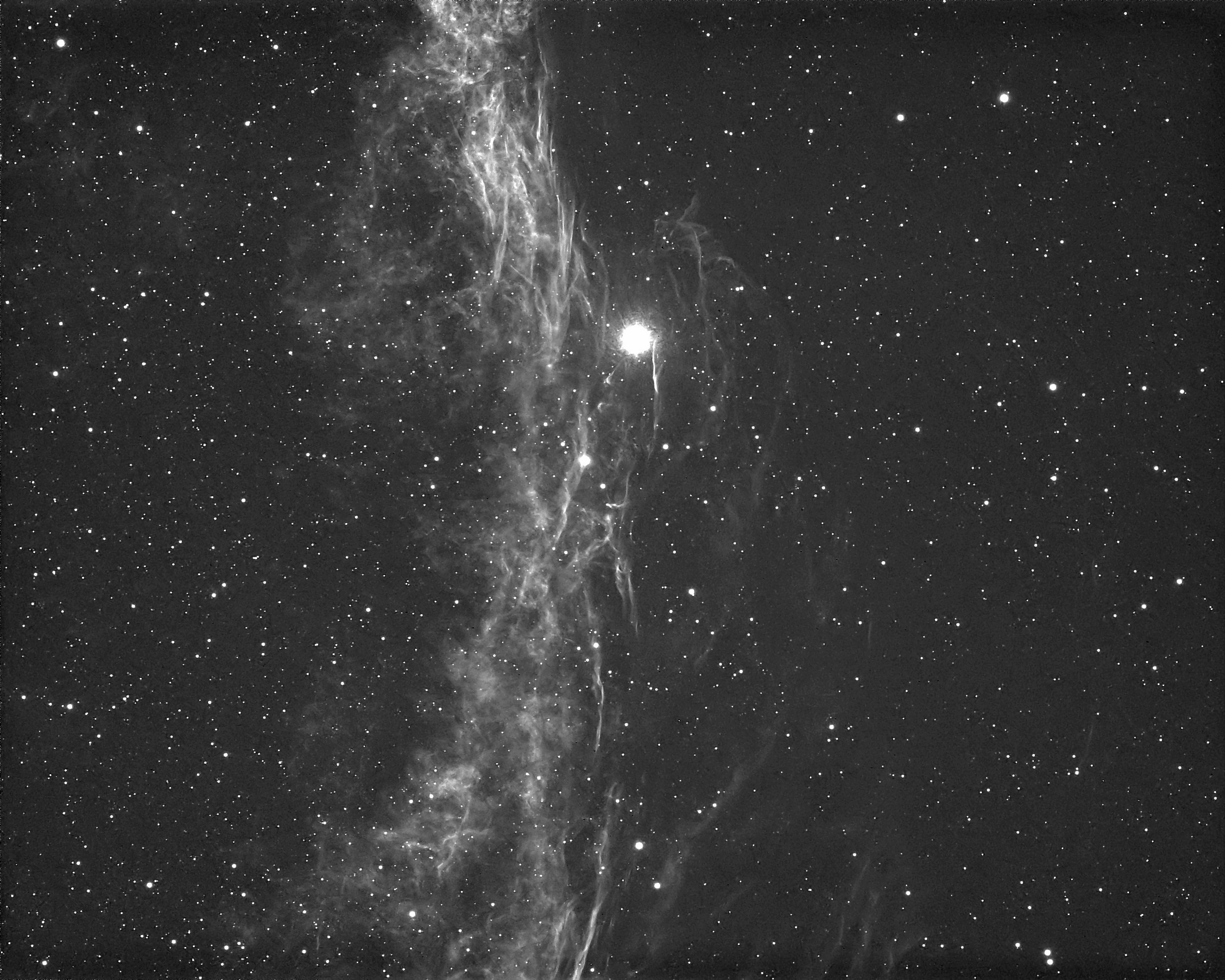 The ‘Elephant’s Trunk’ is a region of dark dust that projects into the large H-alpha complex called IC 1396 in Cepheus. It is a region of active star formation and one of these new stars occupies the cavity at the end of the feature. The trunk is being compressed by UV radiation from a massive star at the centre of IC 1396 and this is triggering new stars to form from the dust and gas. The distance is about 2,400 light years. 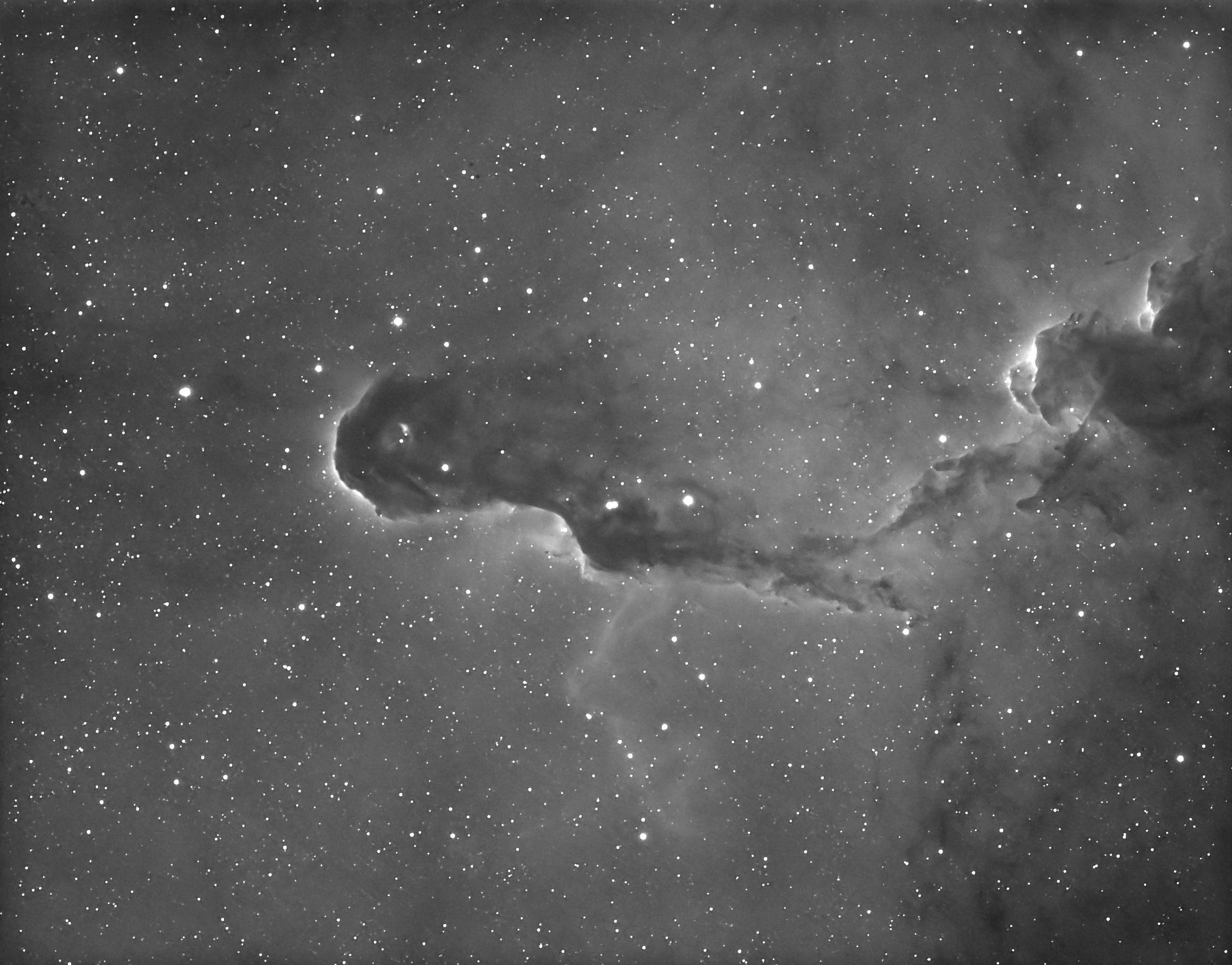 SH2-112 is a small, but photogenic, globule of gas and dust, just west of the star Deneb, in Cygnus. It always makes me think of a nautilus shell, probably because of the radial dust streaks at the top right. The distance to it is about 5,600 light years. 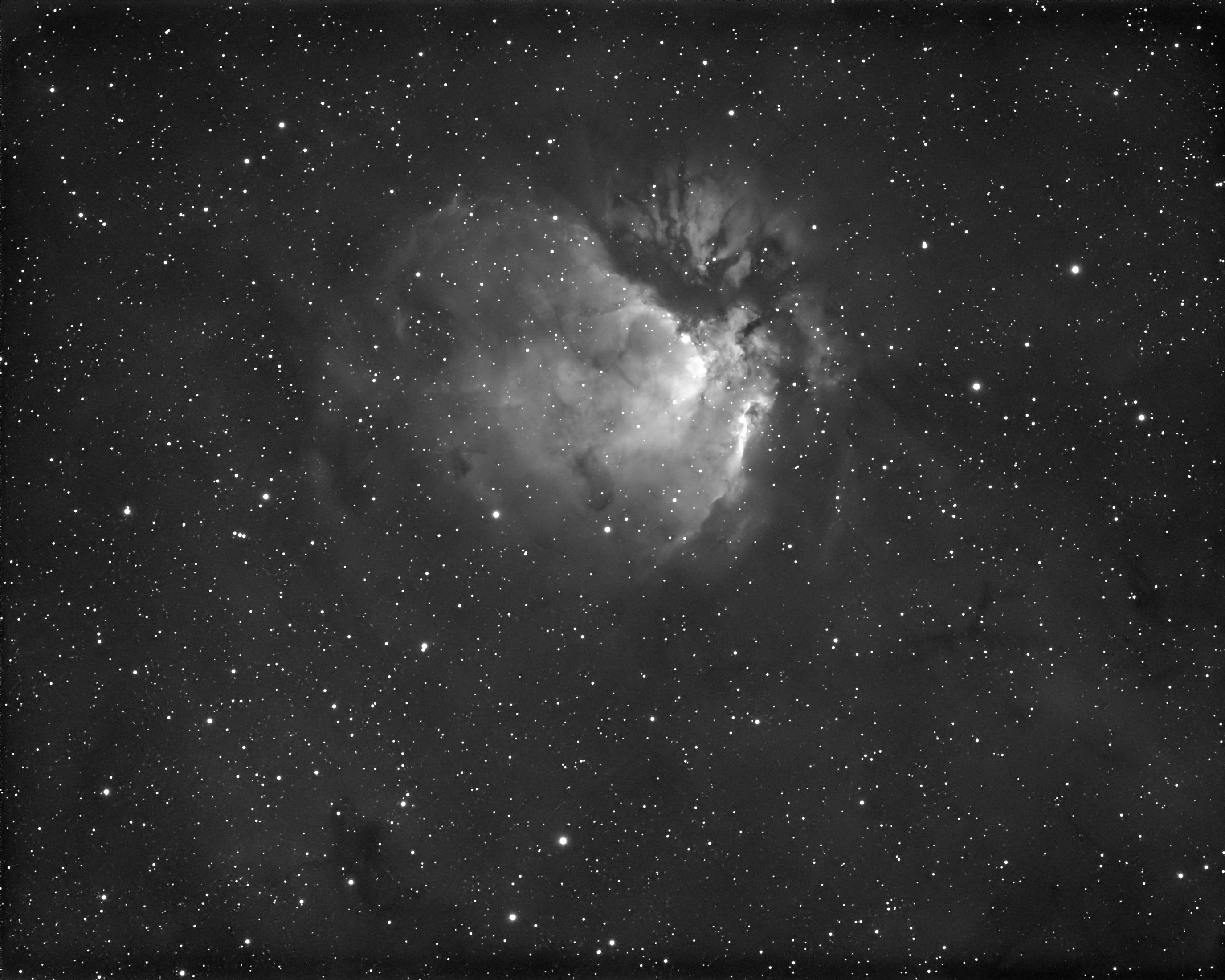 This is the ‘Cocoon’ nebula – IC 5146 – in northern Cygnus. It is about 3,262 light years away and is embedded in the end of a long dark nebula, called Barnard 168. Barnard 168 is visible as a reduction in the star count in the region to the upper right of the Cocoon, but it stretches a long way out of the frame. The Cocoon itself is a hole in the dark nebula, illuminated mainly by the hot star BD +46 3474, seen in the centre. 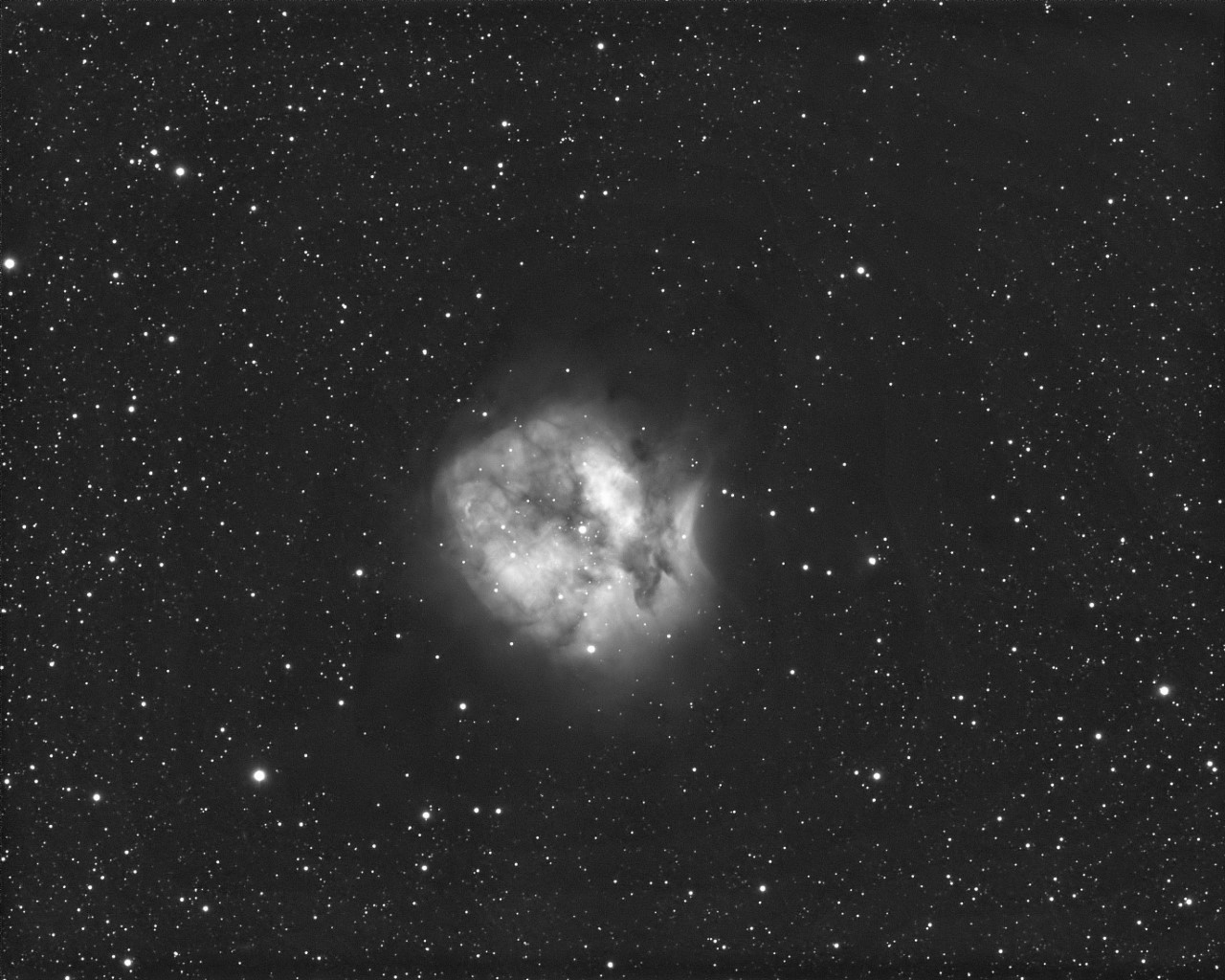 We had a very clear night last night and I captured this new object.

This is NGC 7635 – usually called ‘The bubble nebula’ for obvious reasons. It is a roughly spherical cavity in a hydrogen cloud that is located in the constellation of Cassiopeia, a short distance along the Milky Way from Cygnus.

The cavity is being formed by the strong stellar wind from the extremely hot star BD +60 2522 that is embedded in it. The distance seems to be uncertain, but between 7,000 and 11,000 light years. 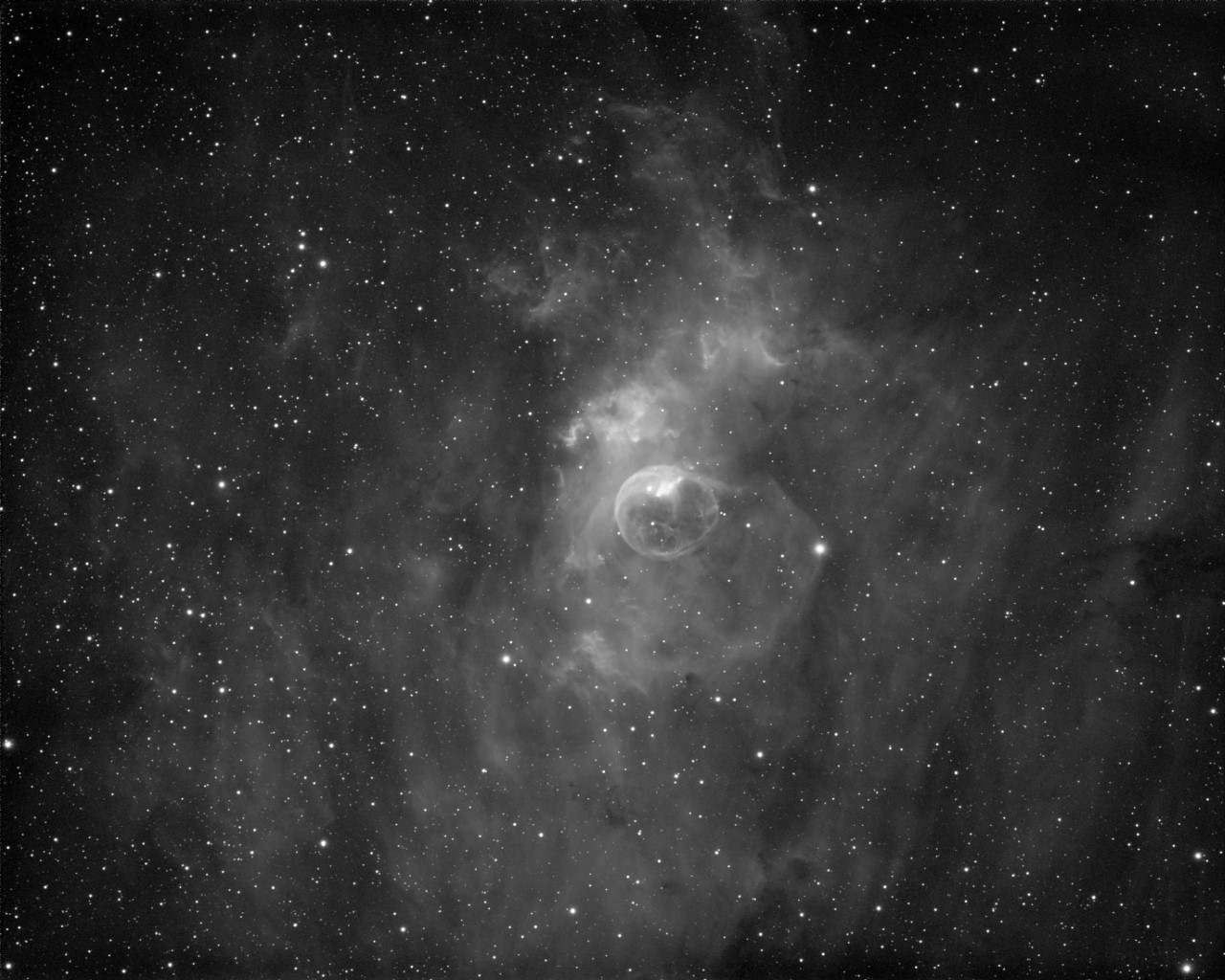 Here is an H-alpha image of the nebula Sh2-155 in Cepheus. This is often called ‘The Cave’, due to the dark dust cloud that looks like an entrance to the underworld. It is at around 2,400 light years from Earth. 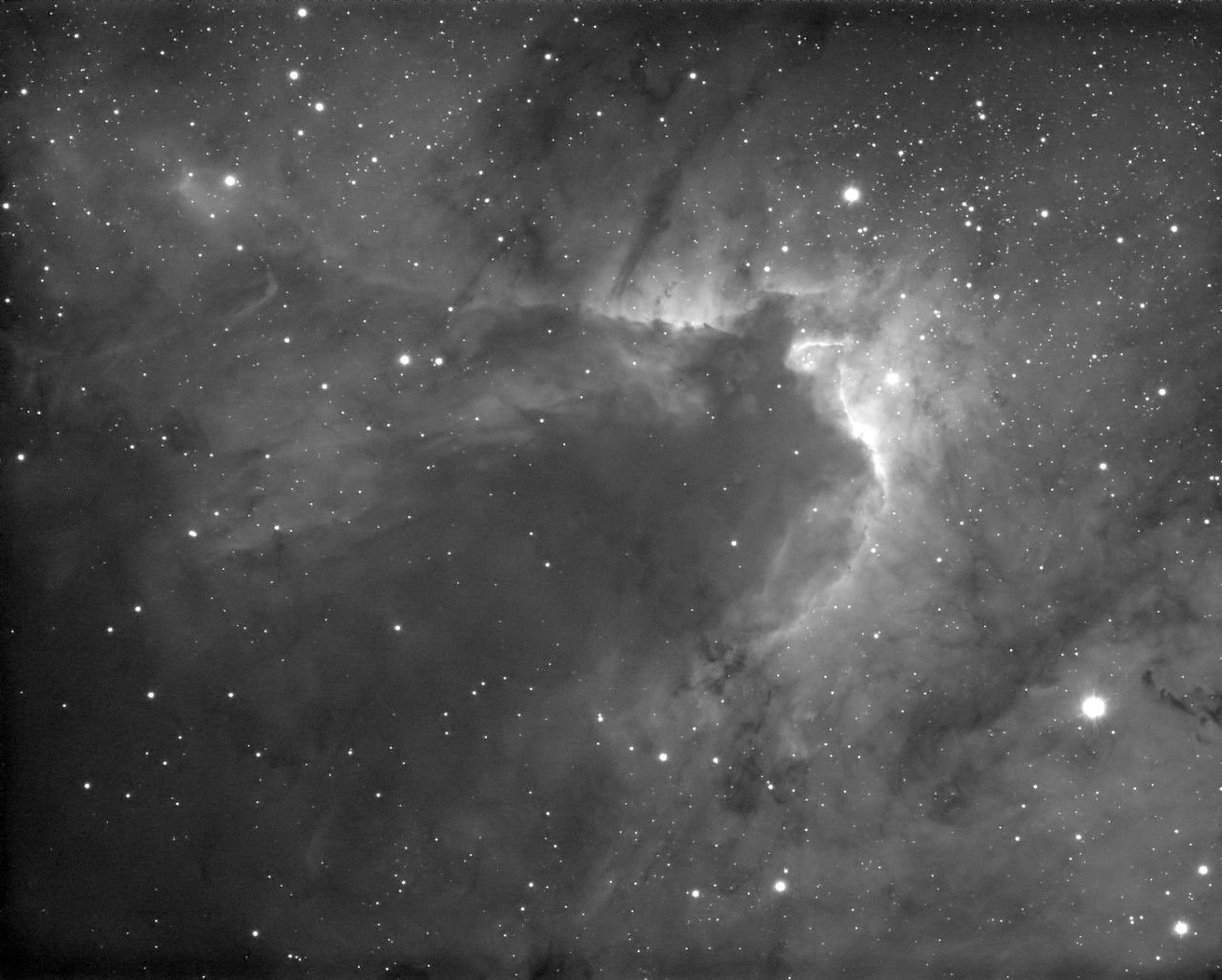