A few readers have come through with photos, so we’re saved for at least a week. Thanks to those who sent them in!

Today’s pictures come from reader Tony Eales in Queensland, including his favorite group, whose members have eight legs. Tony’s captions are indented, and you can enlarge the photos by clicking on them;

A random assortment of recent photos. I’ve been travelling for work of late and had a chance to go out at night and explore some national parks I don’t usually get to.

First some chordates. With the onset of spring and continued La Niña conditions bringing rain to eastern Australia, the frogs have been calling—making them easy to find. I finally got a photo of the threatened Tusked Frog (Adelotus brevis). While pressure from habitat destruction and invasive egg-consuming fish species has caused crashes in populations of this widespread frog, when you find them, they usually have a healthy local abundance: 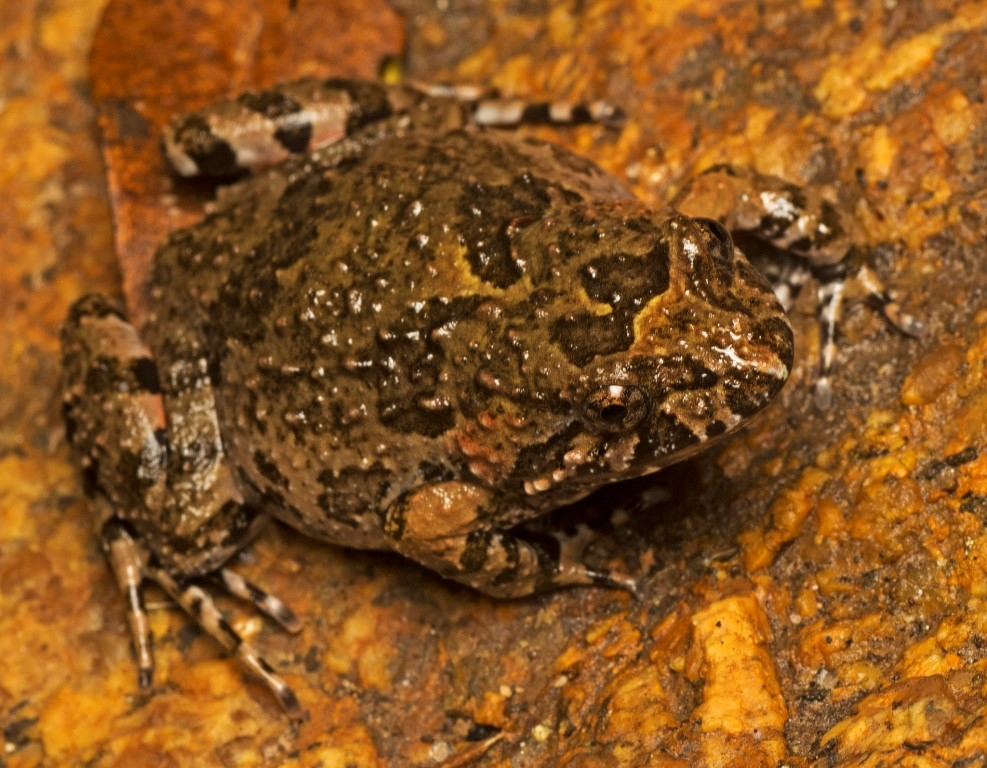 Also, the Great Barred Frogs (Mixophyes fasciolatus) were calling so again, very easy to track down: 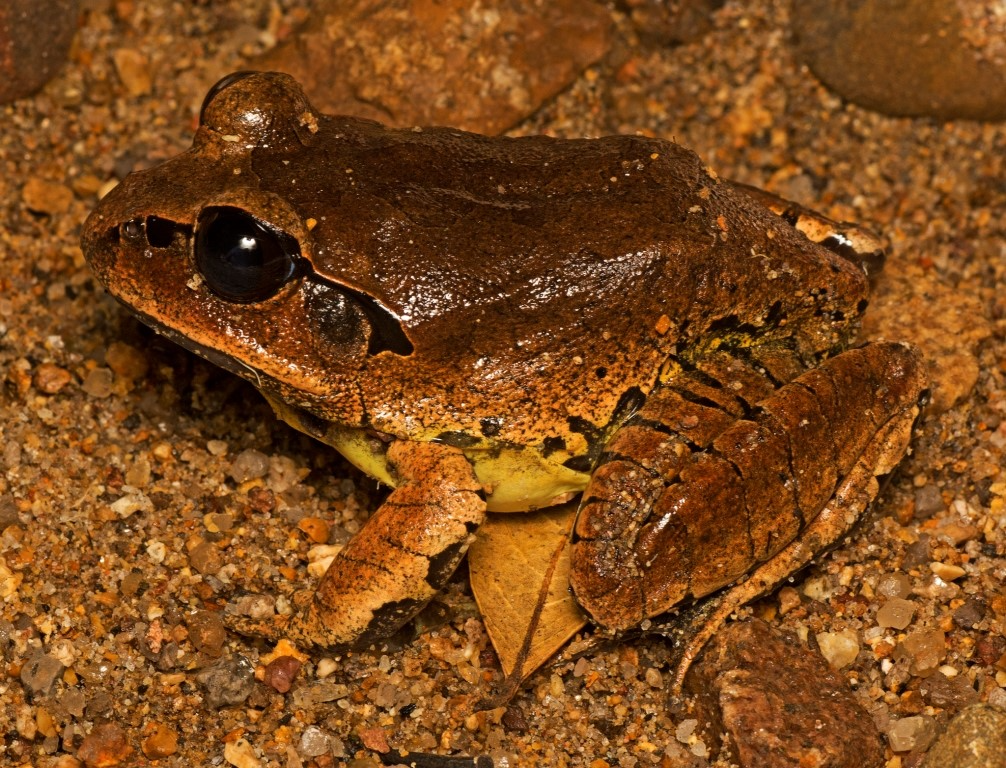 I had a couple of days in the outback town of Winton and got to see Gehyra robusta or Robust Dtellas for the first time [JAC: it’s a gecko]: 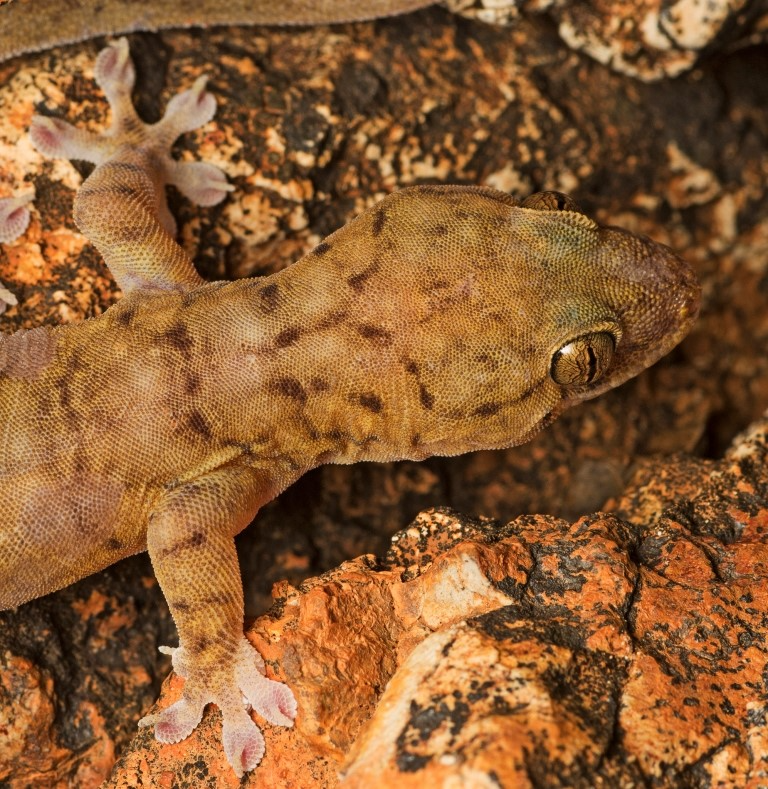 Also, while in the outback, I saw a female raspy cricket (Family Gryllacrididae) moulting into its winged adult form, which made for a very nice dramatic shot as it slowly pumped blood into its wings and dried them. 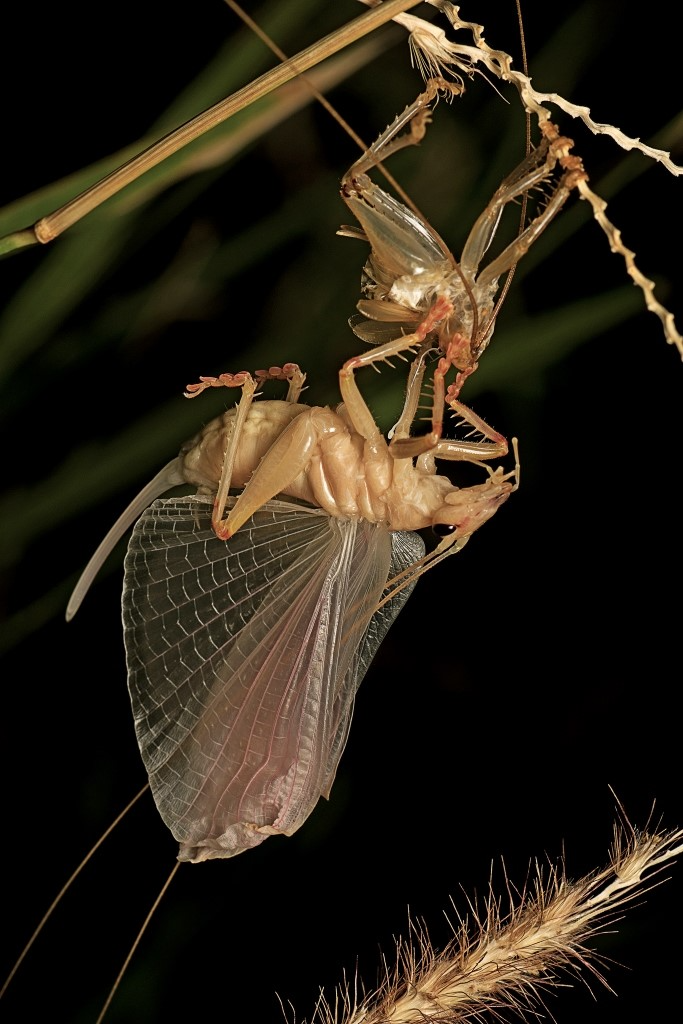 I found a species of Hylaeus bee that I haven’t seen before. This is my favourite group of bees. I love their striking patterns and colours. I haven’t had confirmation from experts but I believe this might be Hylaeus husela: 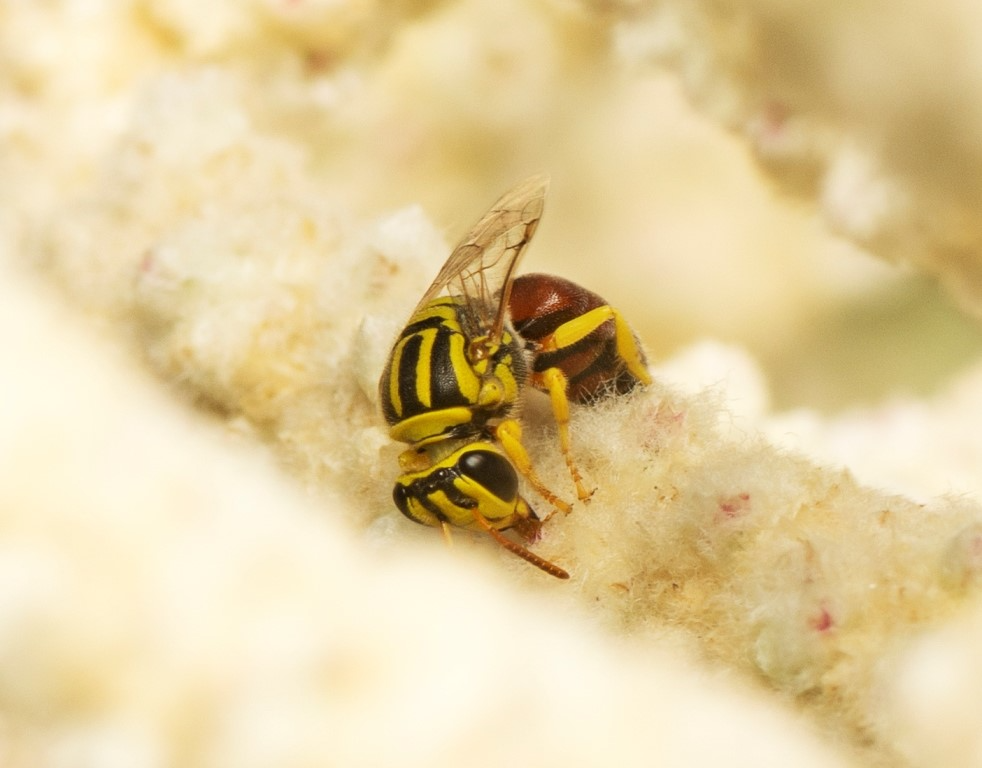 But, of course, my real love is spiders and I’ve found a few nice ones of late. These Brown Trapdoor Spiders (Arabantis sp.) are to my mind, honorary cats. If you come across a burrow at night and wiggle a stick outside the burrow, they will come out and grab it. Unlike many other trapdoor spiders, they won’t immediately let go of the non-prey item and retreat. In fact, you can get a good tug of war going, much like a kitten with dangling yarn. It makes them a really fun subject to photograph. 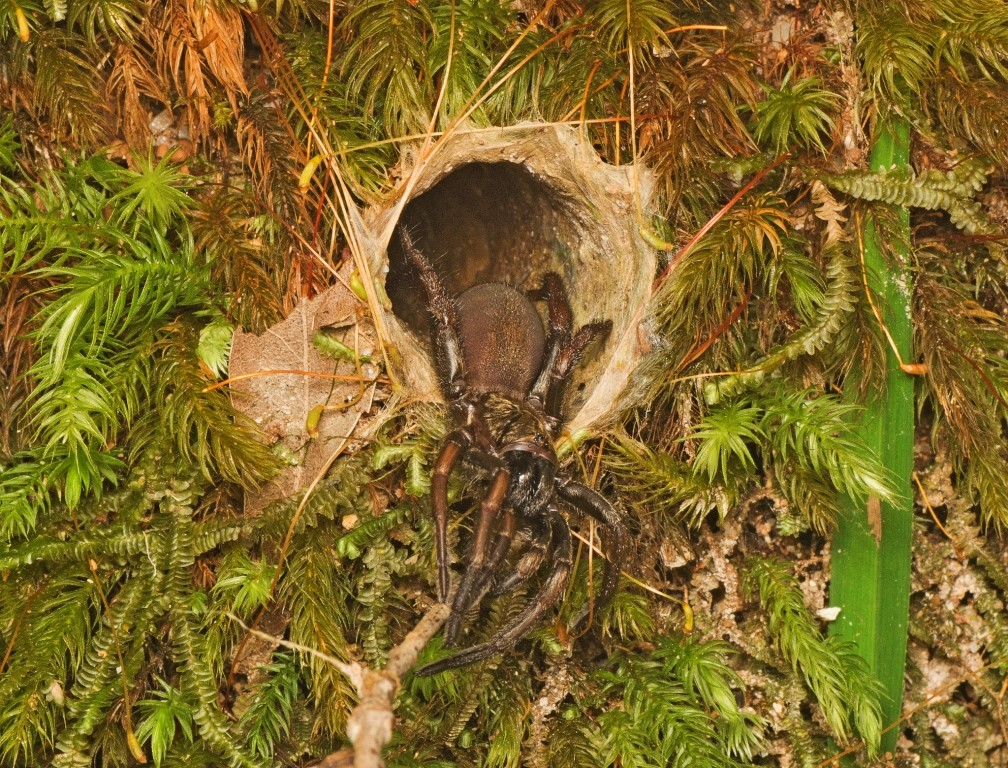 There were a few more large spiders around. I always get a shock at how large the Giant Golden Orbweaver (Nephila pilipes) is. Especially because I come across them at night, they are usually just above head height, and their web spans are so large there’s usually no tree nearby. They just emerge from the darkness. Their bodies can be 50mm long with a leg span of 200mm and this one was certainly in that maximum range. 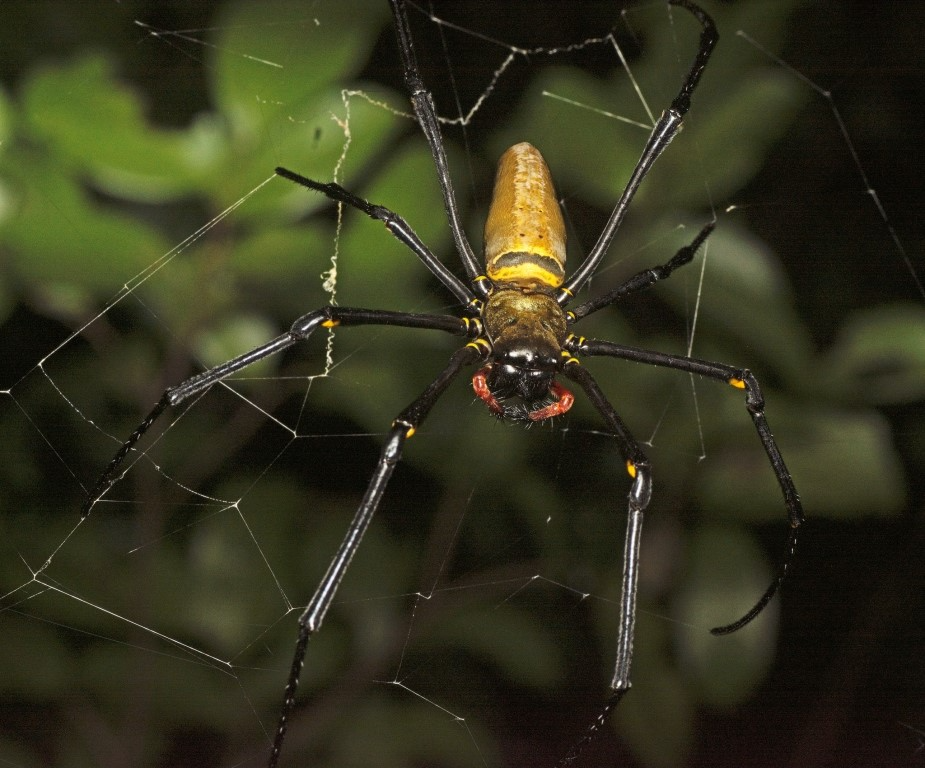 I also found a large male huntsman (Heteropoda hilleri). While not one of the really large huntsmans, this was a big one for the species: 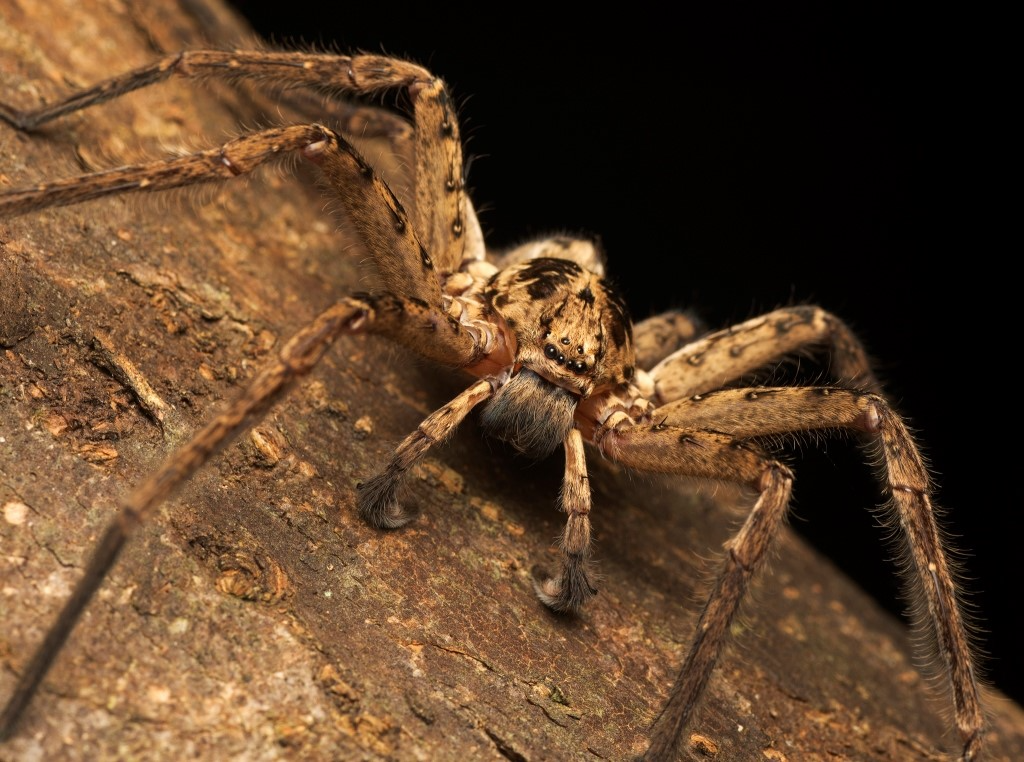 A good thing about observing spiders at night is that you get to see behaviours that they don’t necessarily engage in during the day. Like this Hump-backed Net-casting Spider (Menneus sp.) waiting for prey with the net. 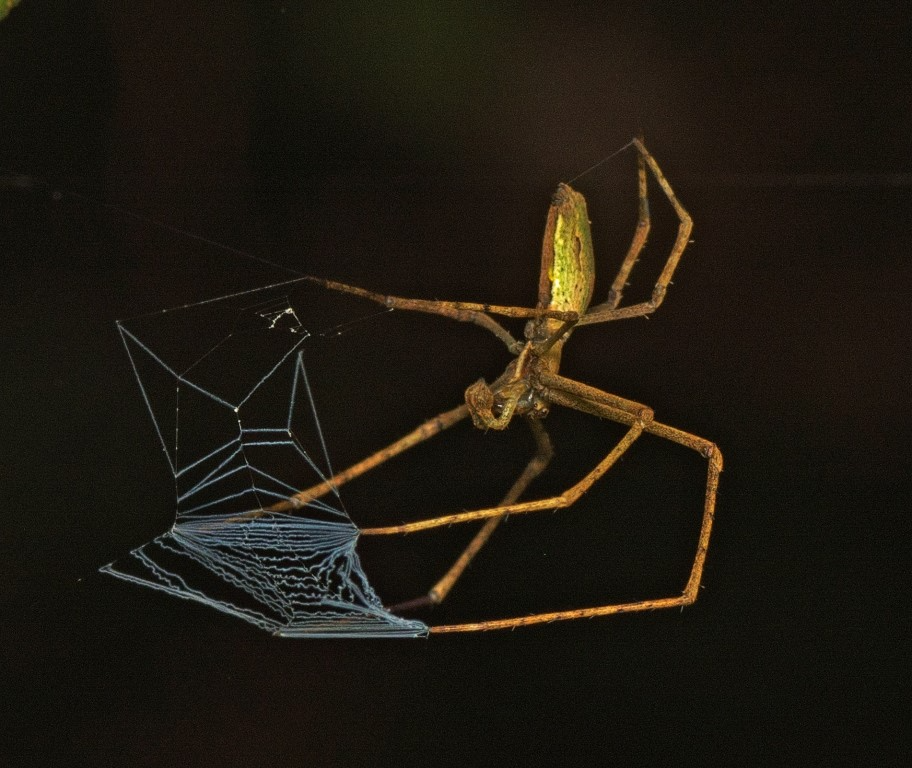 Or these two spiders that had come out to hunt but were carrying their egg sacs with them on a thread while they waited.
Colourful Rainforest Miagrammopes (M. flavus): 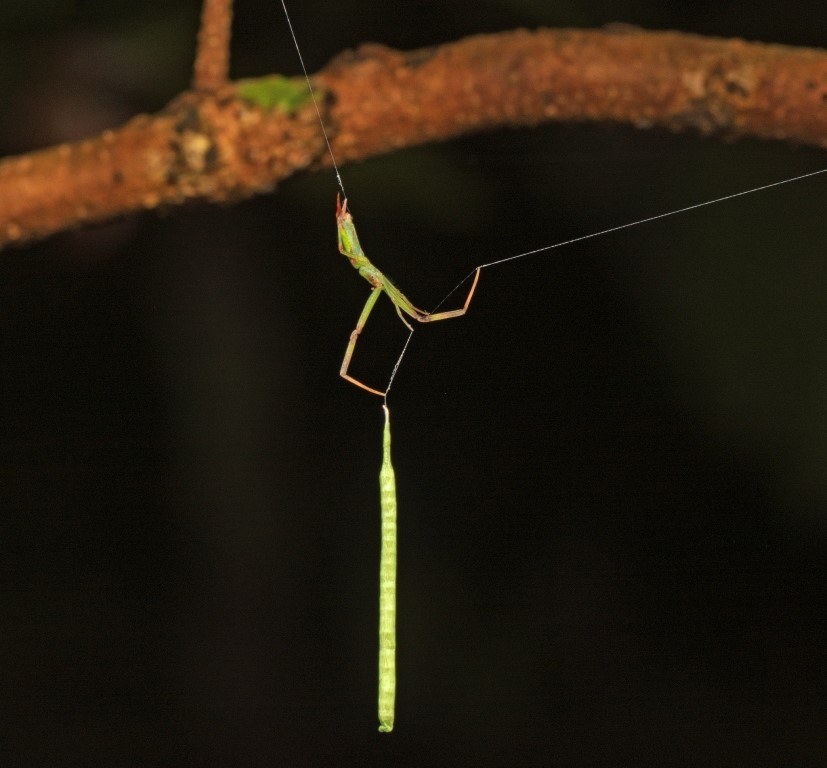 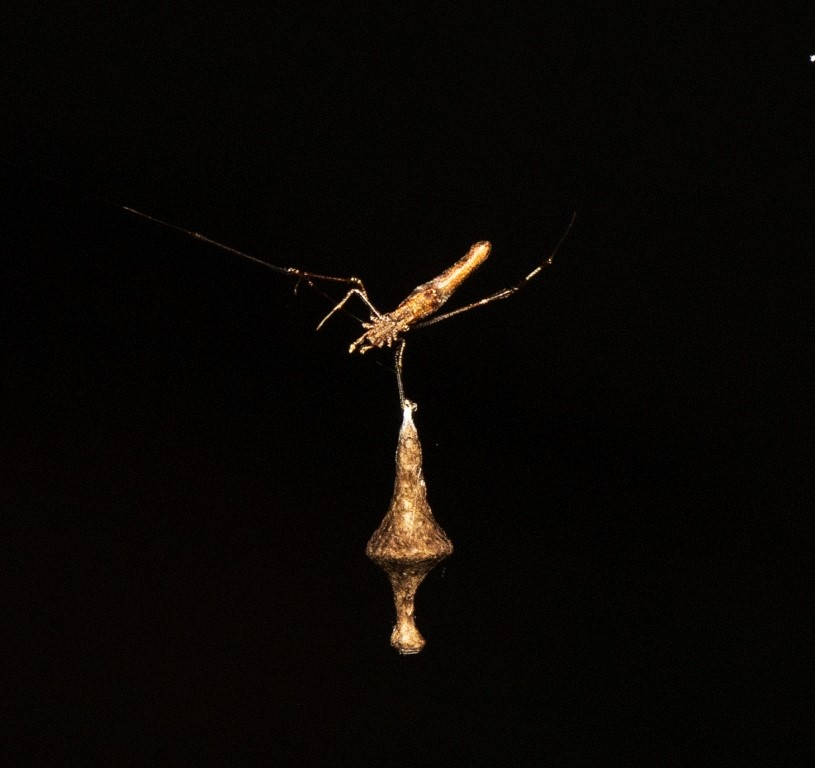 Closer to home, I got to watch a large bulldog ant (Myrmecia gilberti) clumsily dragging a subdued wolf spider (Venatrix sp.) while smaller rainbow ants (Iridomyrmex rufoniger) tried to overwhelm and make off with the prize: 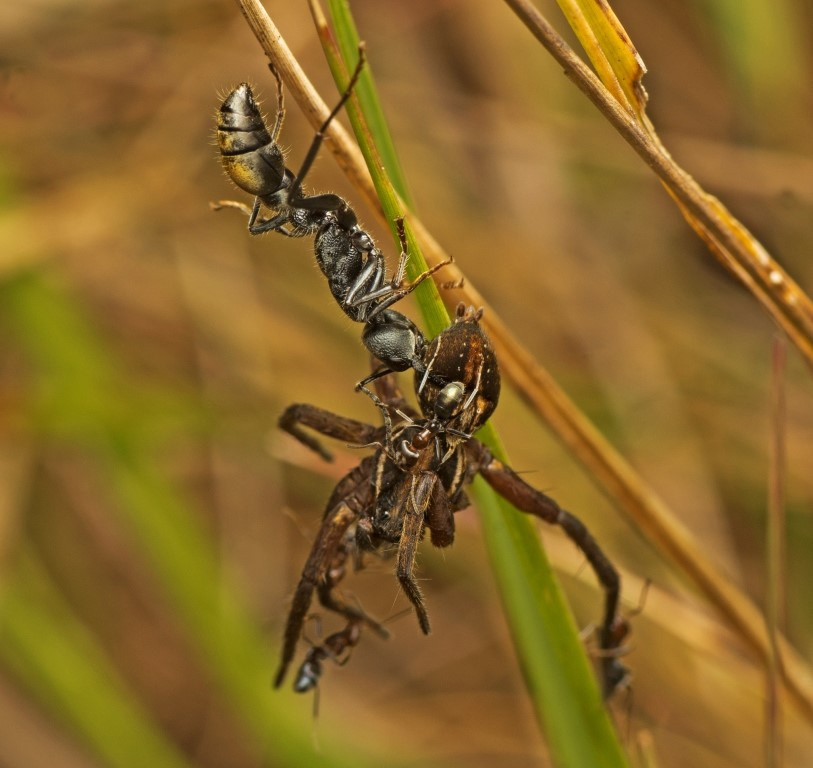