Yesterday I noted that the new documentary directed by Ken Burns, Lynne Nozick, and Sarah Botstein, “The Holocaust and the U.S.” had its first airing on PBS last night (there will be three two-hour presentations).  There were a fair number of pre-show comments, some of them degenerating into an argument about the U.S.’s departure from Afghanistan, for crying out loud!

I missed the show because of my ridiculously early bedtime, mandated by the insomnia doc, and because someone with a sleep disorder is not supposed to watch the tube before bed. But I will watch it when they put it online on September 18. Meanwhile, I am sleeping better now, at the price of giving up wine with dinner. That will resume when I’m better.

In the meantime, how was the show? (The first episode is called “The Golden Door”, covering from the beginning to 1938.)

To comment below, you have to have watched the show! I just discovered that you (or perhaps only those in Chicago) can watch the first episode, “The Golden Door”, free by clicking on the screenshot below. B (After September 18, you can watch all the episodes free online, but only for a few days.)

The photo, from the beginning of the episode, shows the Frank family, with Anne on the left, Margot on the right, and their mother Edith in the middle. The photo was snapped by Otto Frank, the only one who survived the war. 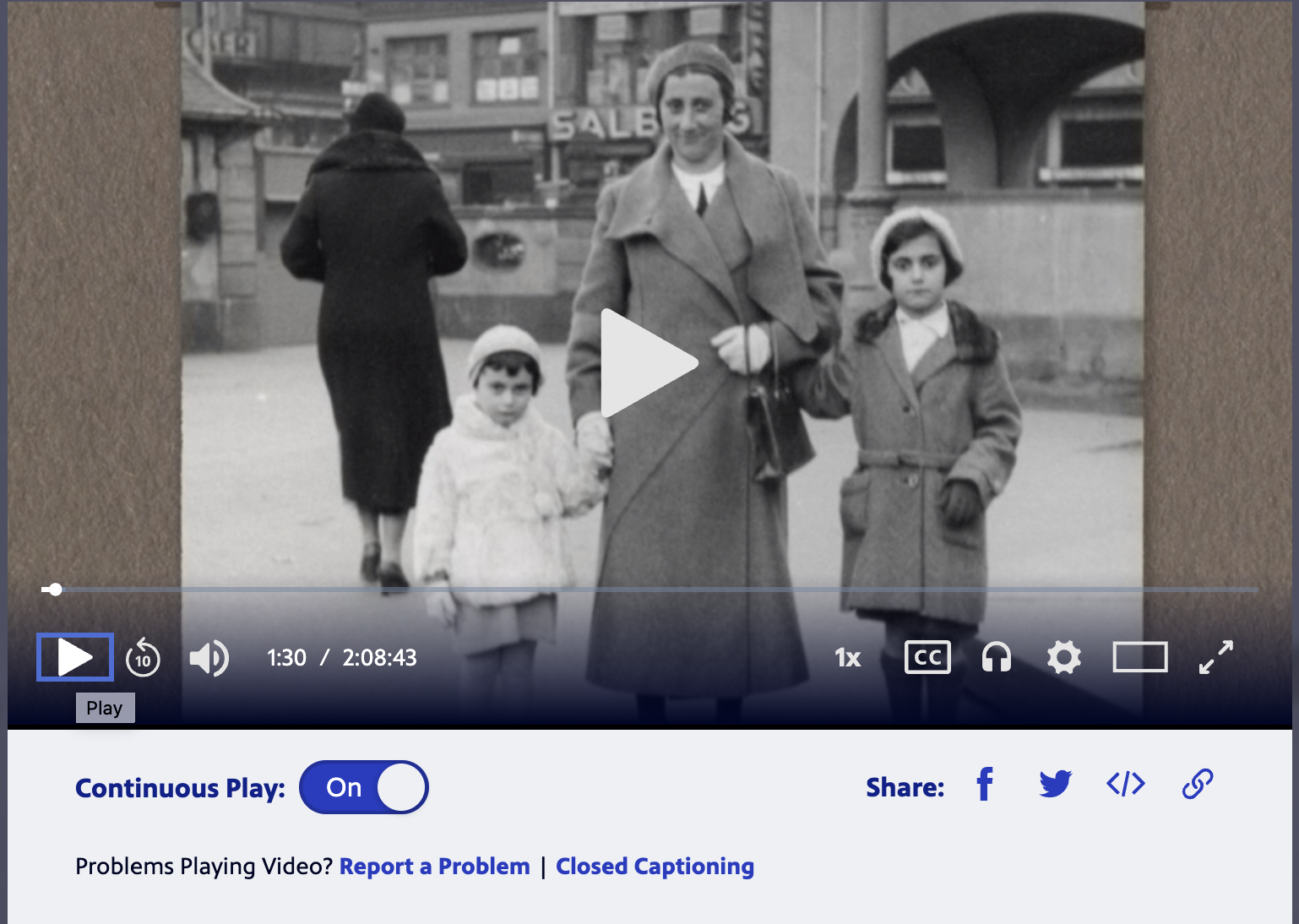 17 thoughts on “How was the first bit of the U.S./Holocaust documentary?”