I’m telling you, folks, that we’re running out of photos.  It is you, the readers, who make this possible, so please step up if you can and send me GOOD wildlife pictures. Thank you.

We have two contributors today. The first is Keira McKenzie from Australia, who has a new kitten, Baba Yaga. All captions and IDs are indented, and click on the photos to enlarge them.

it’s a little early for wildflower hunting, and Baba Yaga, the pretty little kitty, is still camera (& many other things) shy, so I thought I’d send you some trees.

But – a warning: some trees I know, some I don’t. All are beautiful which is what guides my camera.

The first two are Banksia (the tree in front) & have included the black & white as it really brings out the delicacy. This was taken at Warwick Open Space, a small sliced of ‘curated’ urban bush in the northern suburbs of Perth. 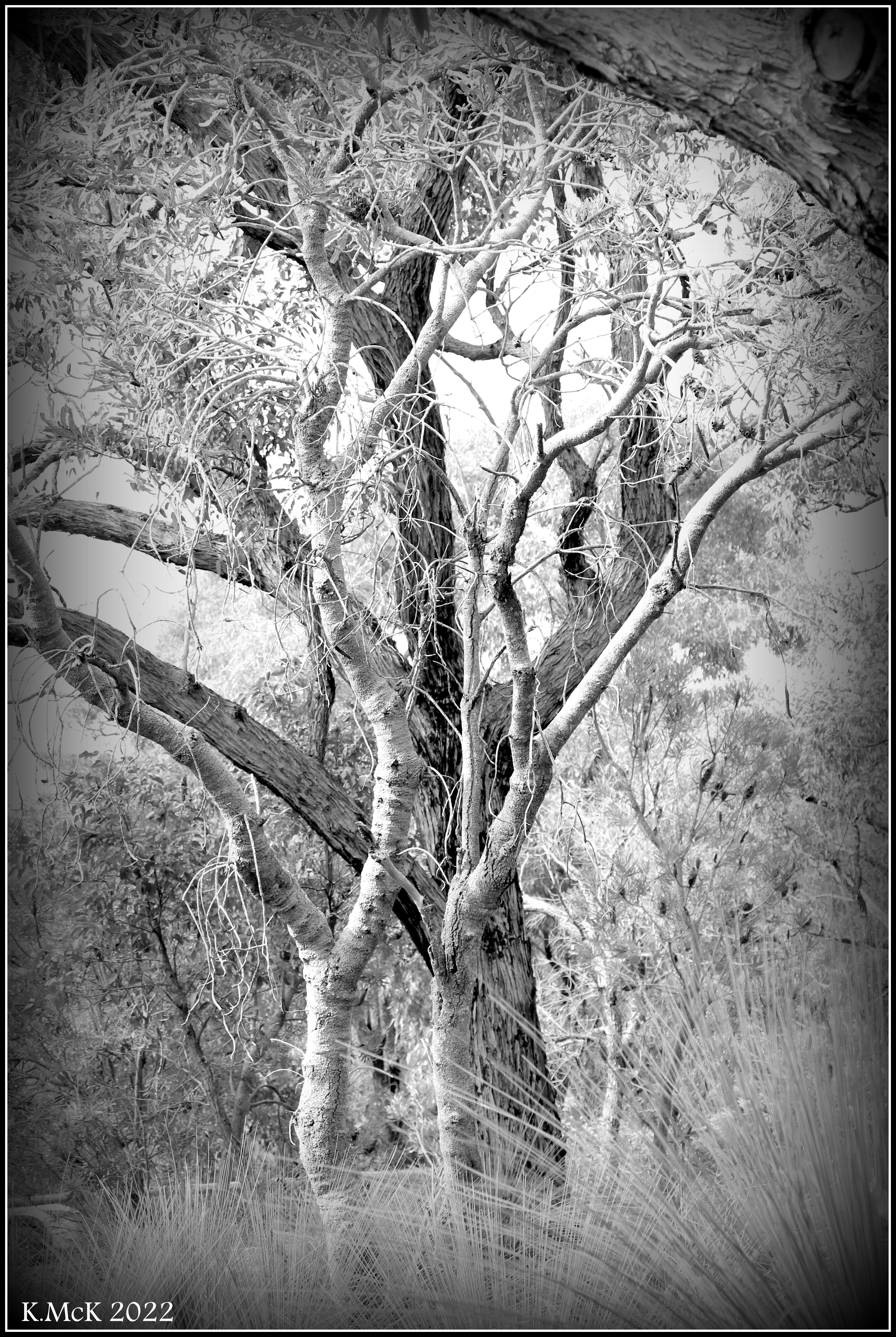 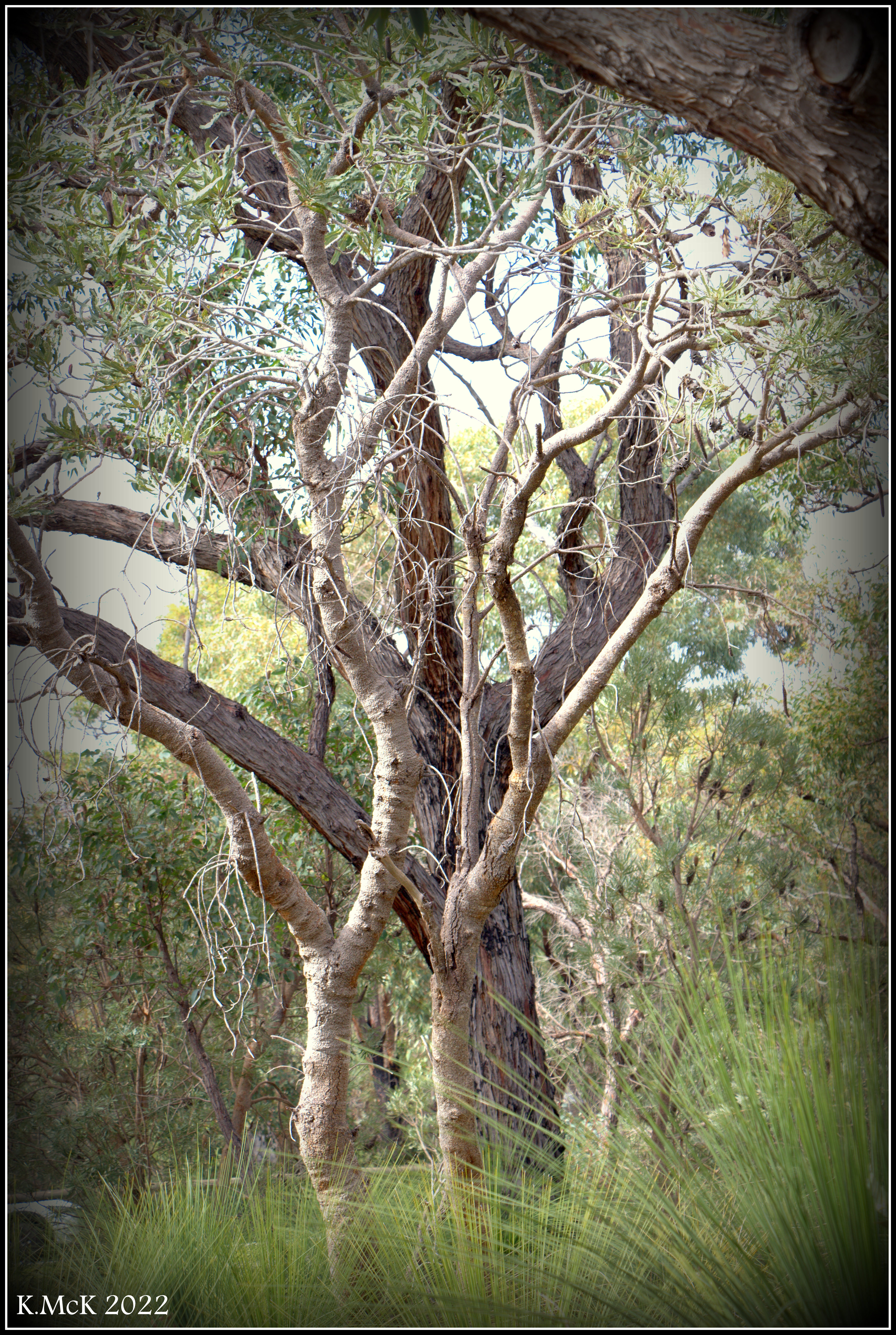 These two photos 6 & 6a show a tree I don’t know (nor do I know who to ask – it’ll be a eucalypt of some description) & again I’ve included the black & white. I just love the shape and the lean of this tree. 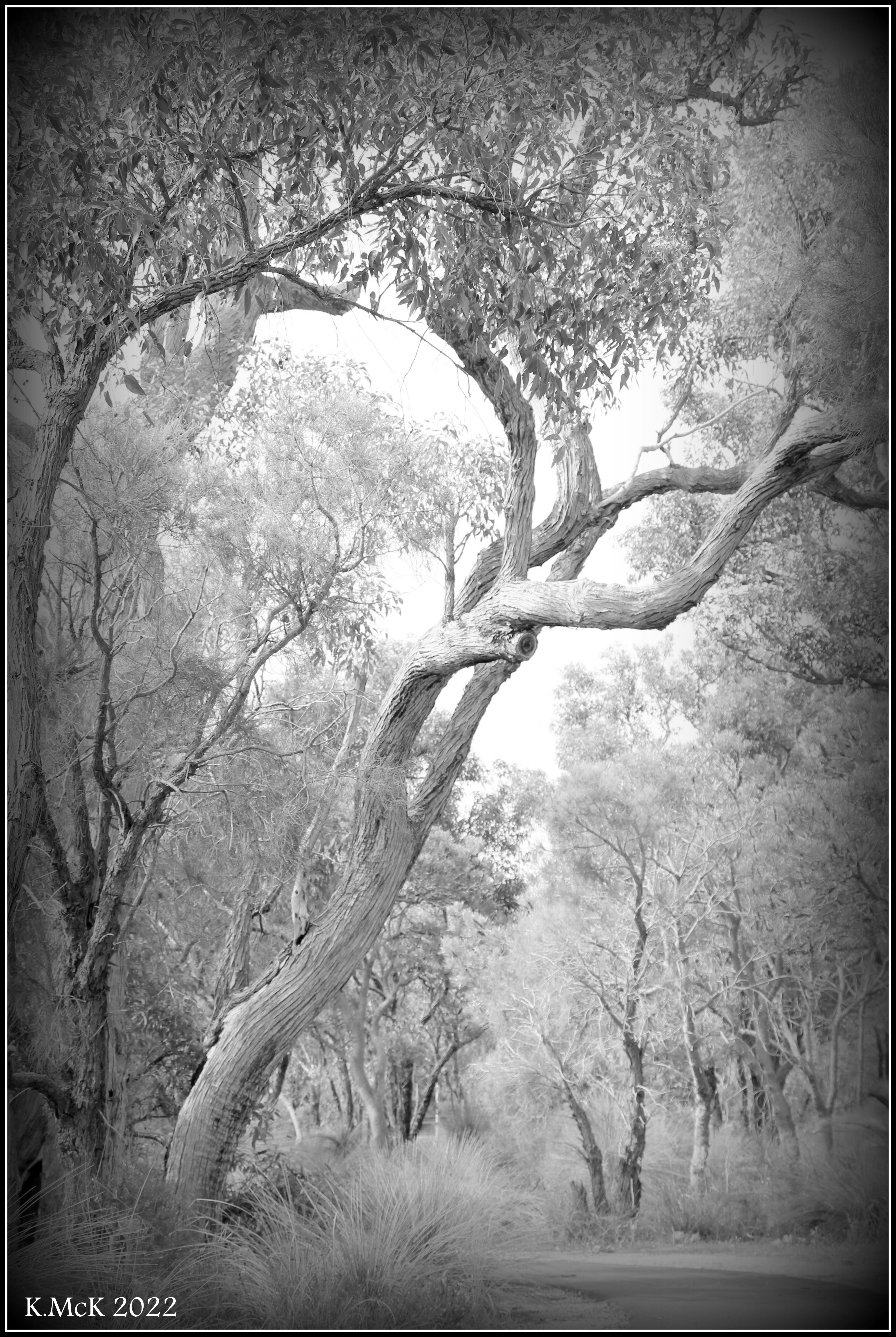 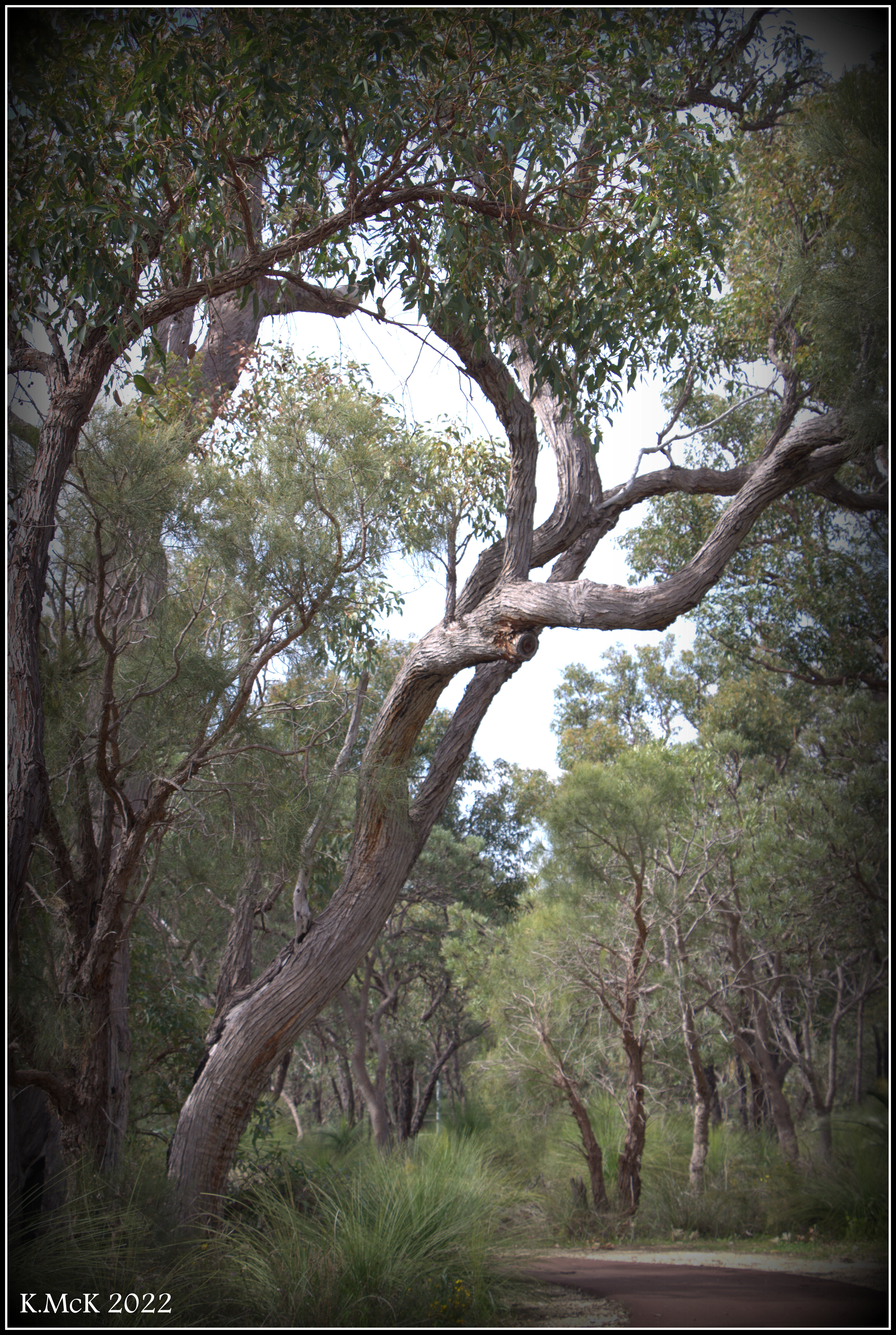 And from Paul Doerder:

The only theme to these photos is that when I first saw the subject, it had an intriguing pattern. The first three are scans of slides, the fourth is digital.

This lichen “goat” haunted my campsite in the Uinta Mountains of Utah, 1990: 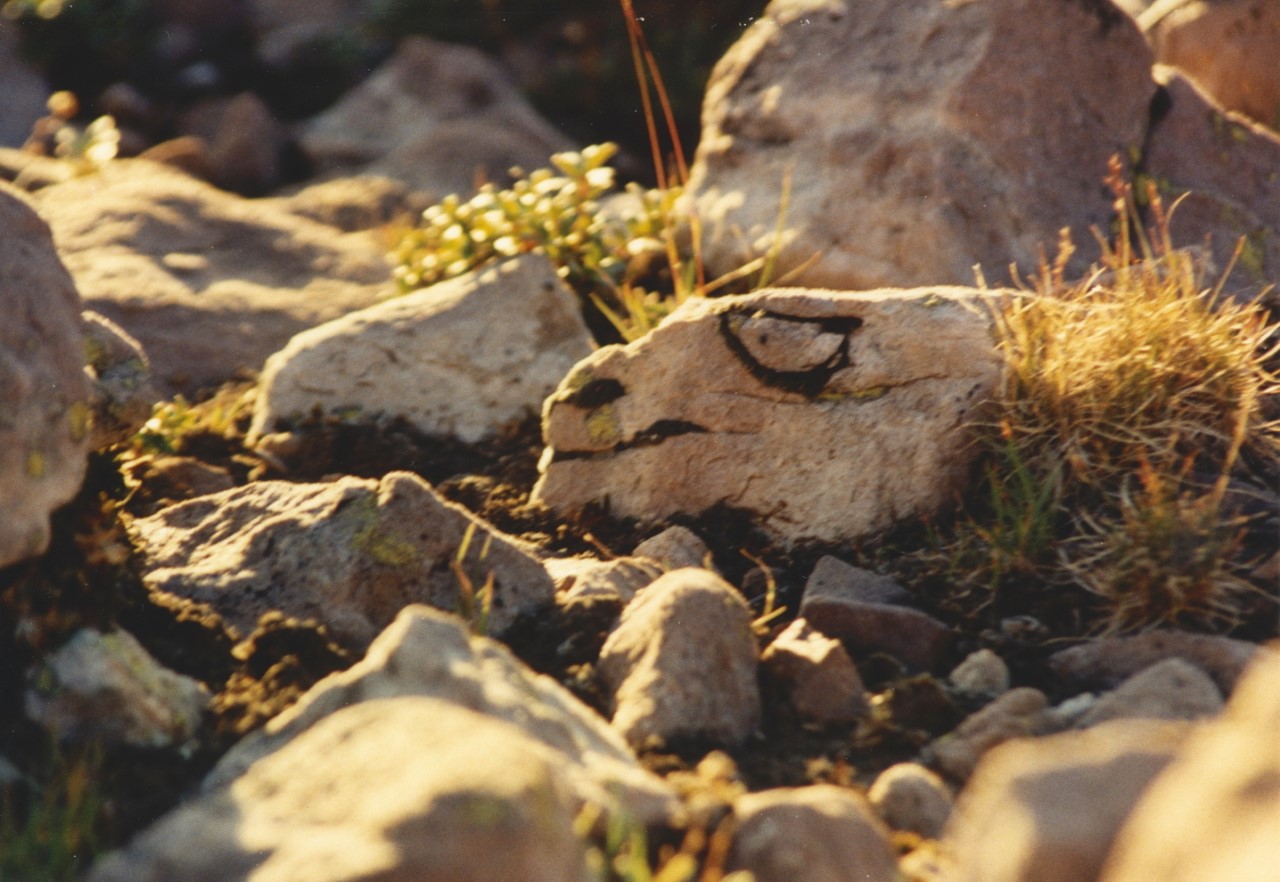 A “tyrannosaurus” walking up a hill in one of the side canyons (its name forgotten) of the Escalante River of Utah, 1996. The tree is probably a juniper and appeared to have been burned. I’ve wondered whether the tree was placed in that position by other hikers. 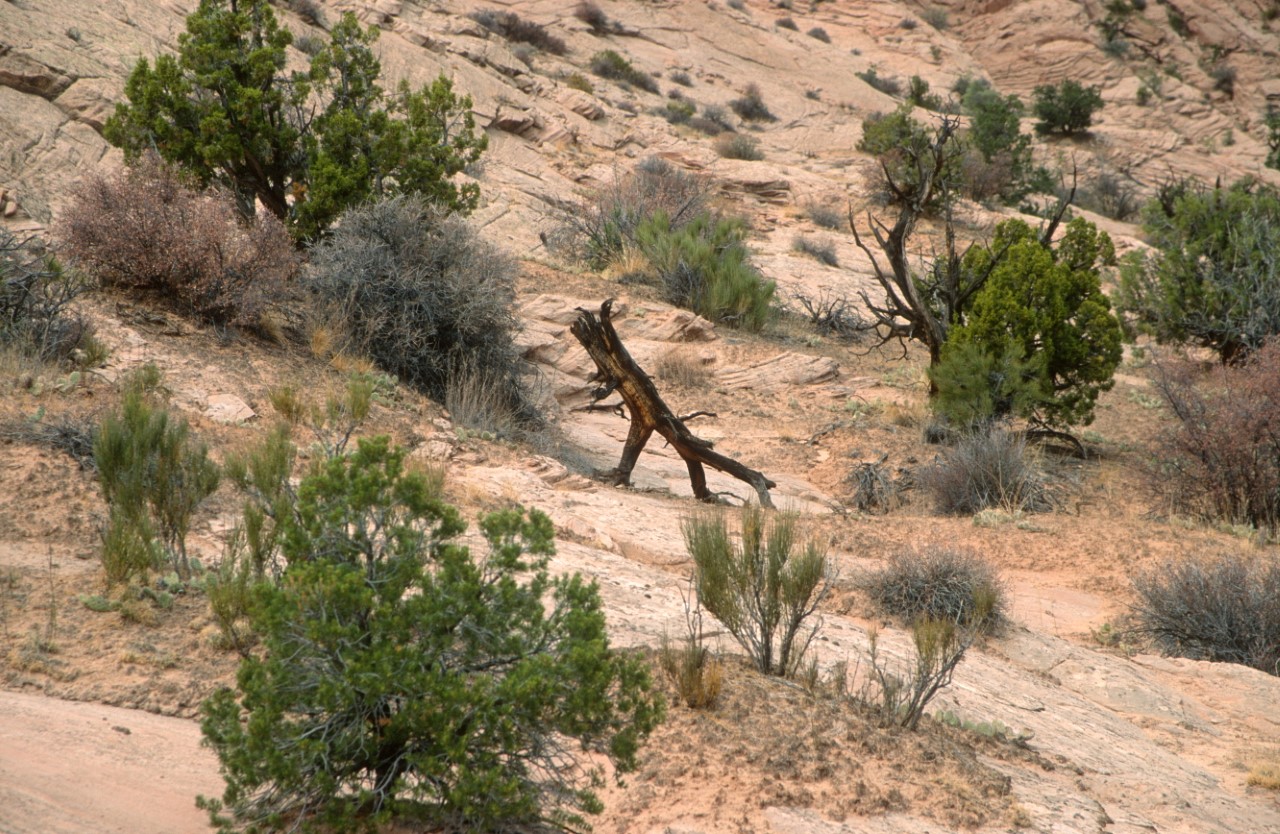 Distorted grooves of a melted vinyl record, Harris Wash, Escalante River valley, 2002. This photograph actually hows about 6 feet of a formation that was about twice as high. I presume this was once a (Jurassic?) sand dune. 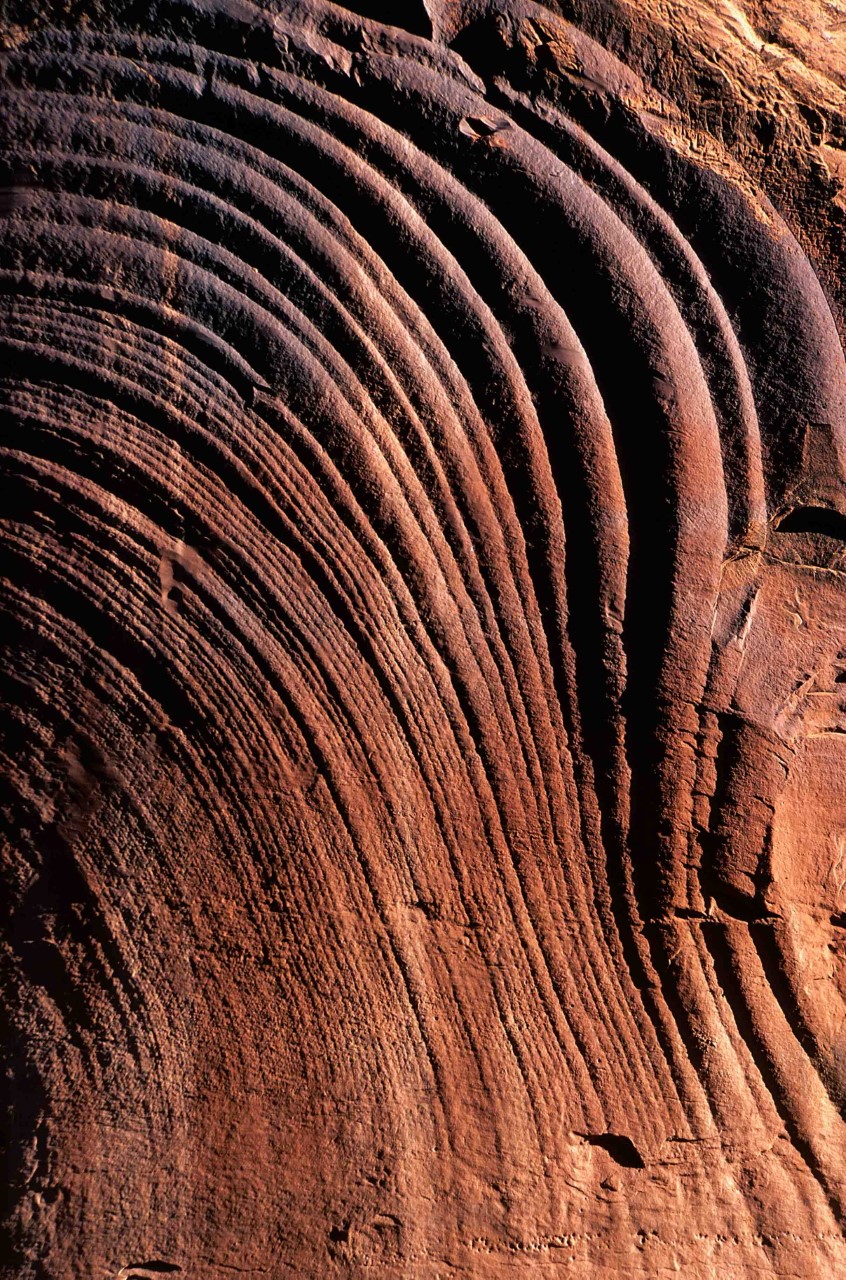 A “kitten” pattern on a White Furcula moth, 2022. Also known as the White Kitten Moth (Furcula borealis), this calico cat is the clearest example I’ve seen since I started mothing. 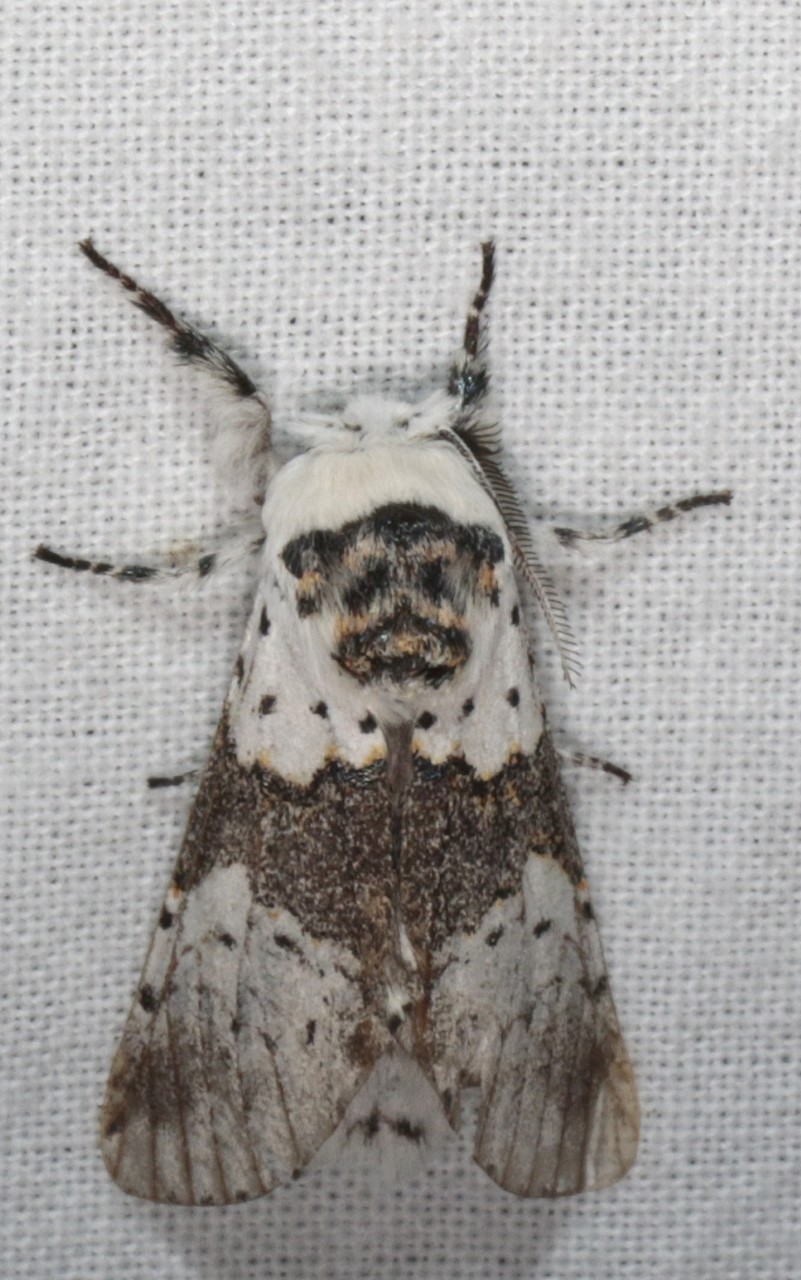