Here’s documentation of a trip to Scotland taken by Athayde Tonhasca Júnior. His captions are indented and you can click on the pictures to enlarge them.

This is the spot at St. Andrews University where 24 year-old Patrick Hamilton was burned at the stake. A trip to Germany did no good for young Patrick’s health: impressed by Martin Luther, he began teaching Lutheran doctrines on his return to St. Andrews. He was arrested, found guilty of heresy and executed in 1528, thus becoming the first victim of the Scottish Reformation. 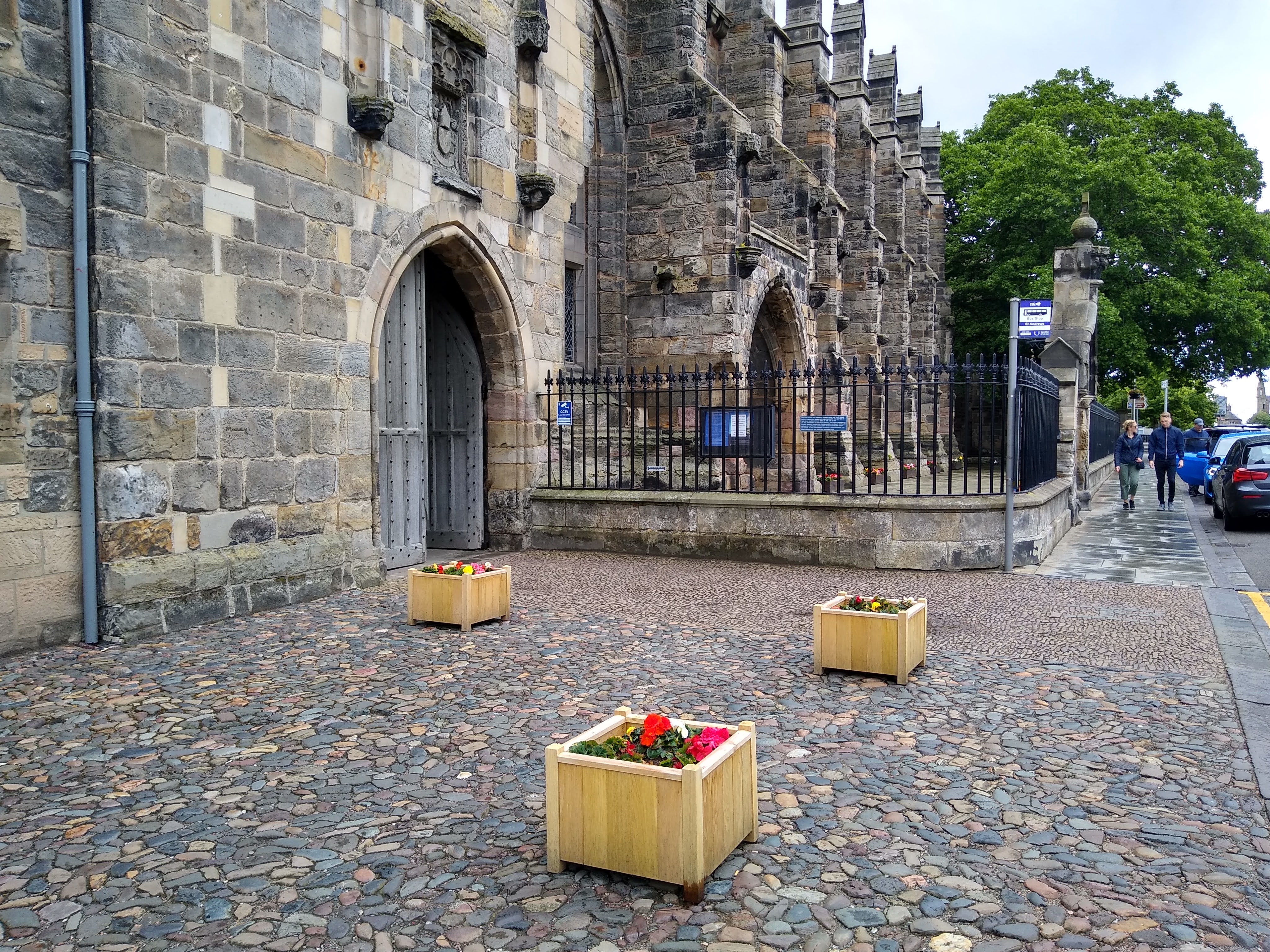 Sci-fi/horror writer Marc Laidlaw suggested the start of a fiction book would be made much more interesting by adding ‘and then the murders began’:

* In real life, ‘and then the murders began’ happened with a vengeance after Augustinian friar Martin Luther hammered his Ninety-five Theses to the doors of the Castle Church of Wittenberg in 1517 (literally or not; the actual hammering probably never happened). The Reformation unleashed bloodletting in a scale to make Genghis Khan envious. The Thirty Years War alone (1618-1648) devastated central Europe—Germany in particular—with unimaginable episodes of cruelty and suffering.

‘One sunny Sunday, the caterpillar was hatched out of a tiny egg. He was very hungry. And then the murders began.’ The Very Hungry Caterpillar, by Eric Carle;

‘Mr & Mrs Dursley, of number 4, Privet Drive, were proud to say they were perfectly normal, thank you very much. And then the murders began.’ Harry Potter and the Philosopher’s Stone, by J.K. Rowling;

‘In the beginning God created the heavens and the earth. And then the murders began.’ The Bible, by several authors;

‘It was the best of times, it was at the worst of times. And then the murders began.’ A Tale of Two Cities, by Charles Dickens;

‘It was a bright cold day in April, and the clocks were striking thirteen. And then the murders began.’ Nineteen Eighty-Four, by George Orwell.

Statue of Alexander Selkirk (1676-1721) in Lower Largo, his birthplace. A sailor, Selkirk was marooned for four years and four months on the Más a Tierra island of the Juan Fernández archipelago, about 670 km off the coast of Chile. Selkirk’s adventure inspired Daniel Defoe to write Robinson Crusoe, first published in 1719 and one of the most popular books in history. Chile’s decision to rename Más a Tierra ‘Robinson Crusoe Island’ to boost tourism is understandable, as few people ever heard of Alexander Selkirk (who was an unpleasant and violent person, by some accounts). Selkirk’s Island, by Diana Souhami, is a good read about the man and his island: 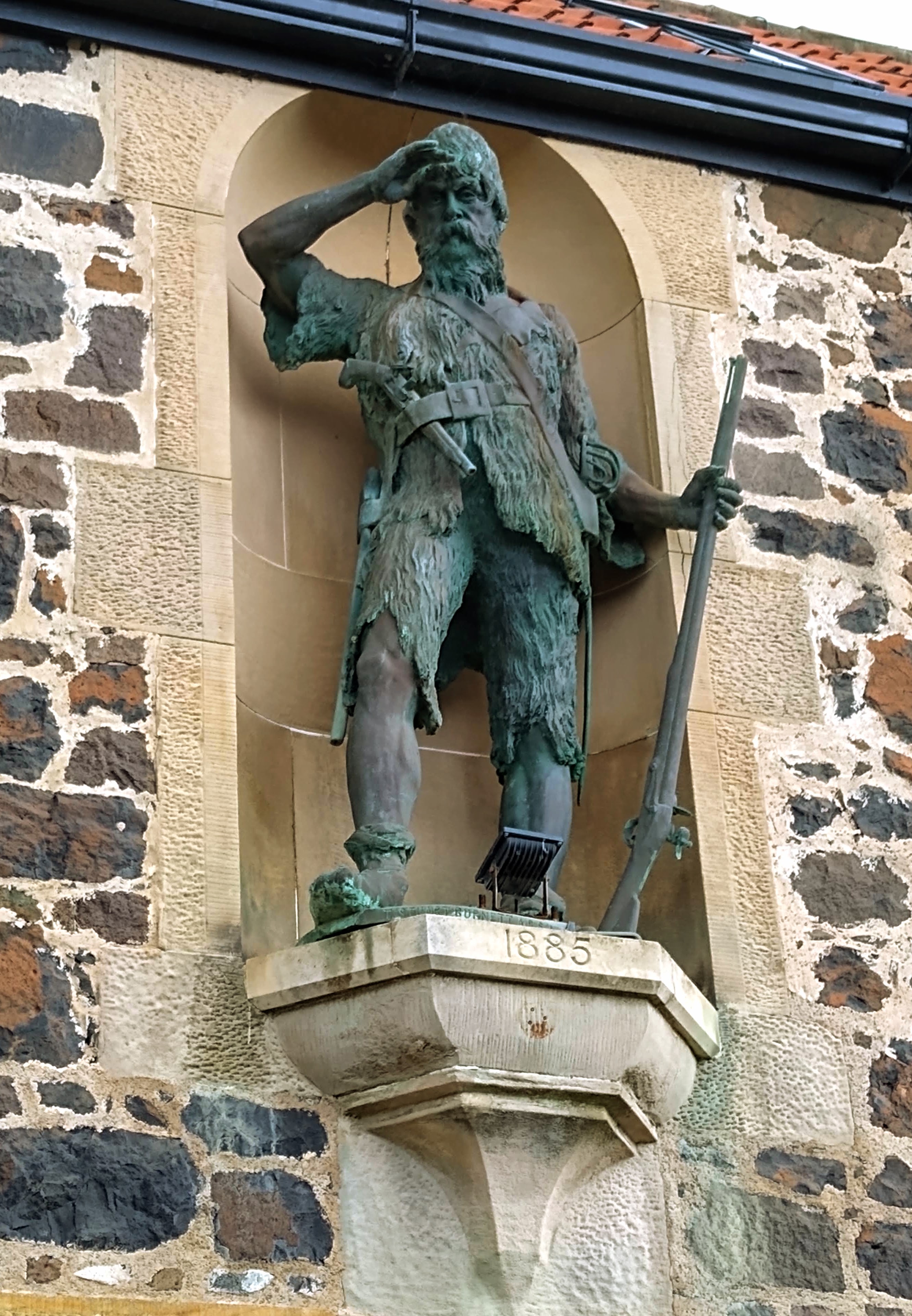 On the road to Fort William, in the Highlands. ‘There are two seasons in Scotland: June and winter’ (Billy Connolly, Glaswegian comedian). 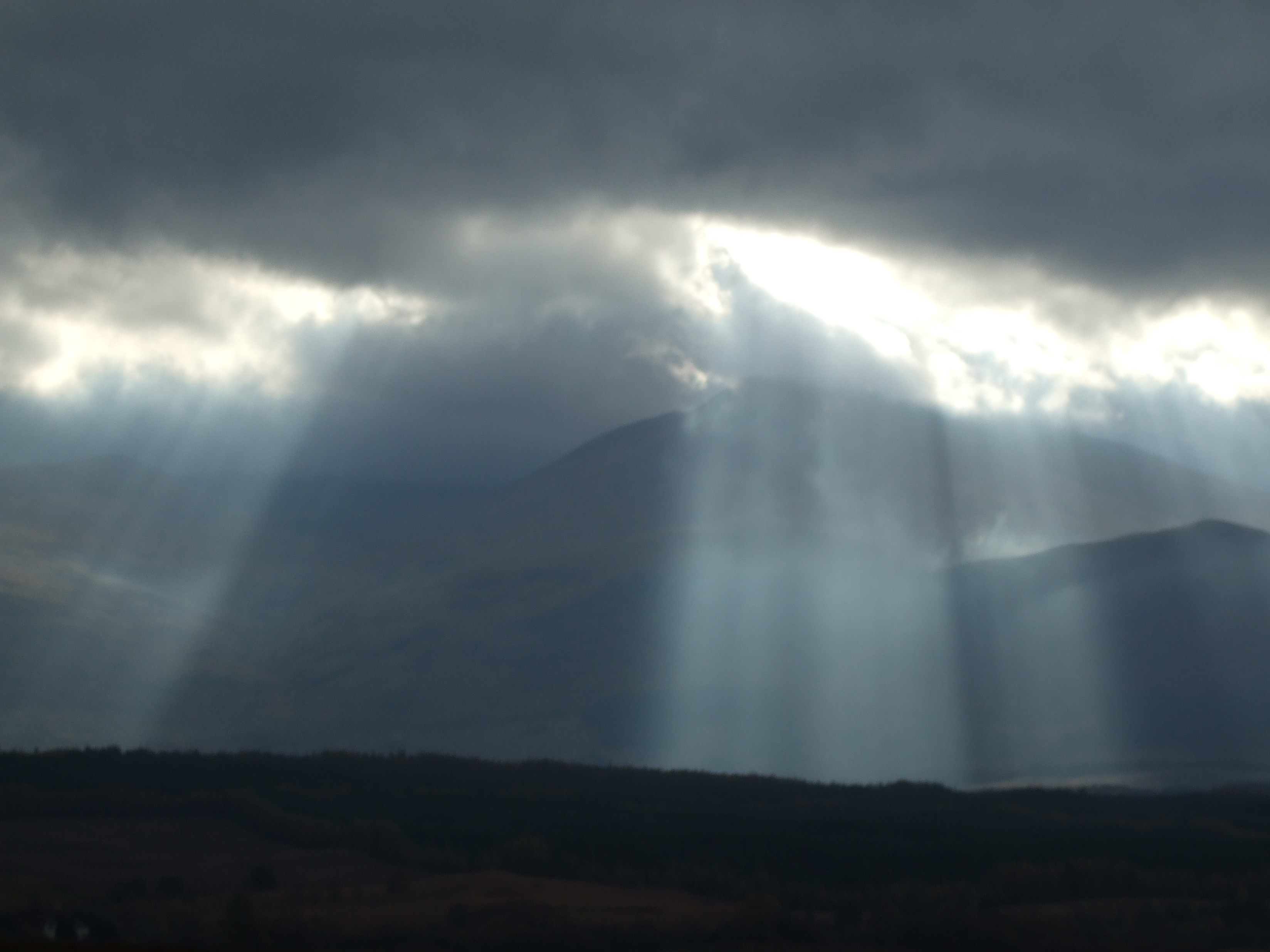 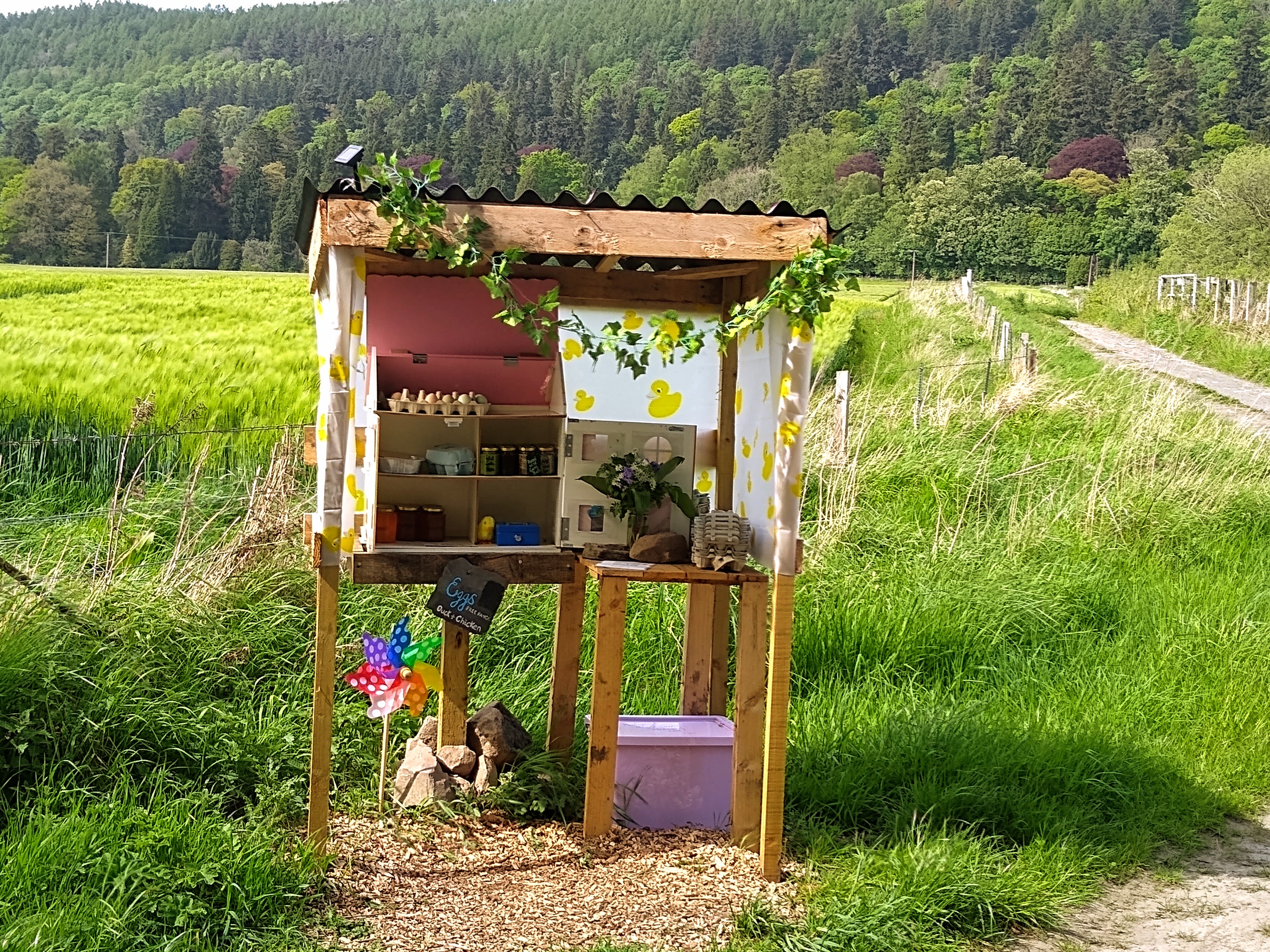 Statue of Bamse at Montrose Harbour. The St. Bernard was a mascot of the Free Norwegian Forces stationed in Scotland during the Second World War, and supposedly the leading character of many acts of heroism. The Norwegian flag must have come from the crew of the two colossal Norwegian tug/supply vessels in the background. 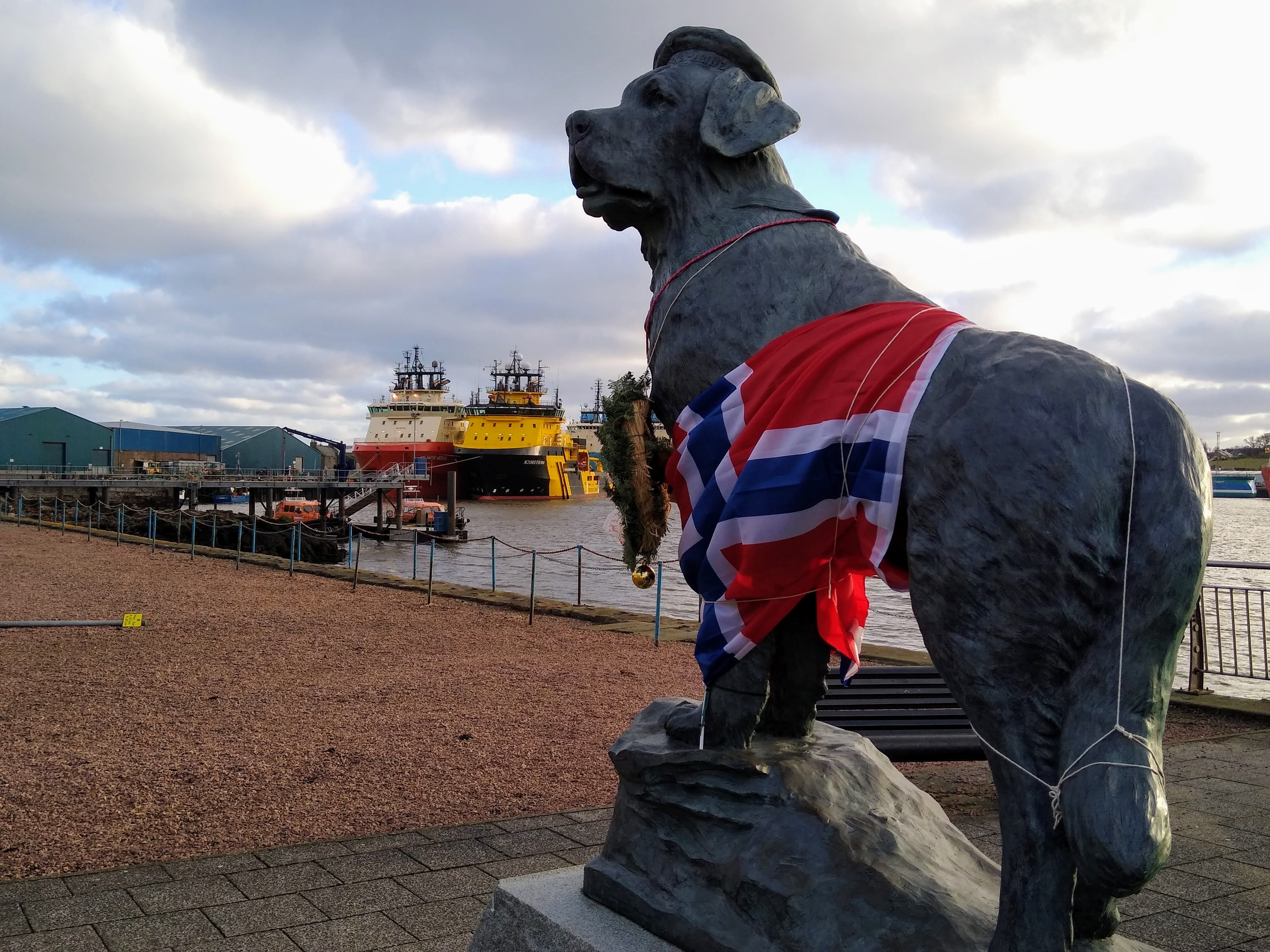 Remnants of Dunkeld Cathedral, built between 1260 and 1501. In the newer, undamaged building, there’s a copy of the Great She Bible. This is one of a handful of the King James bibles, printed in 1611, in which a ‘she’ (Ruth) instead of a ‘he’ (Ruth’s hubbie Boaz) goes to town (Book of Ruth). This single word discrepancy makes a copy of a Great She Bible worth over £25,000. The cathedral was seriously damaged in 1560 for the crime of popery and destroyed by fire in 1689 during the Jacobite rising – one of the many chapters of Catholic-Protestant mutual bashing. Nowadays overt Scottish Jacobitism and reactions to it are mostly restricted to Orange parades and Old Firm (Celtic vs Rangers) football matches. Exchanges of unpleasantries – and occasional missiles – and lots of policemen are fixtures during these events. 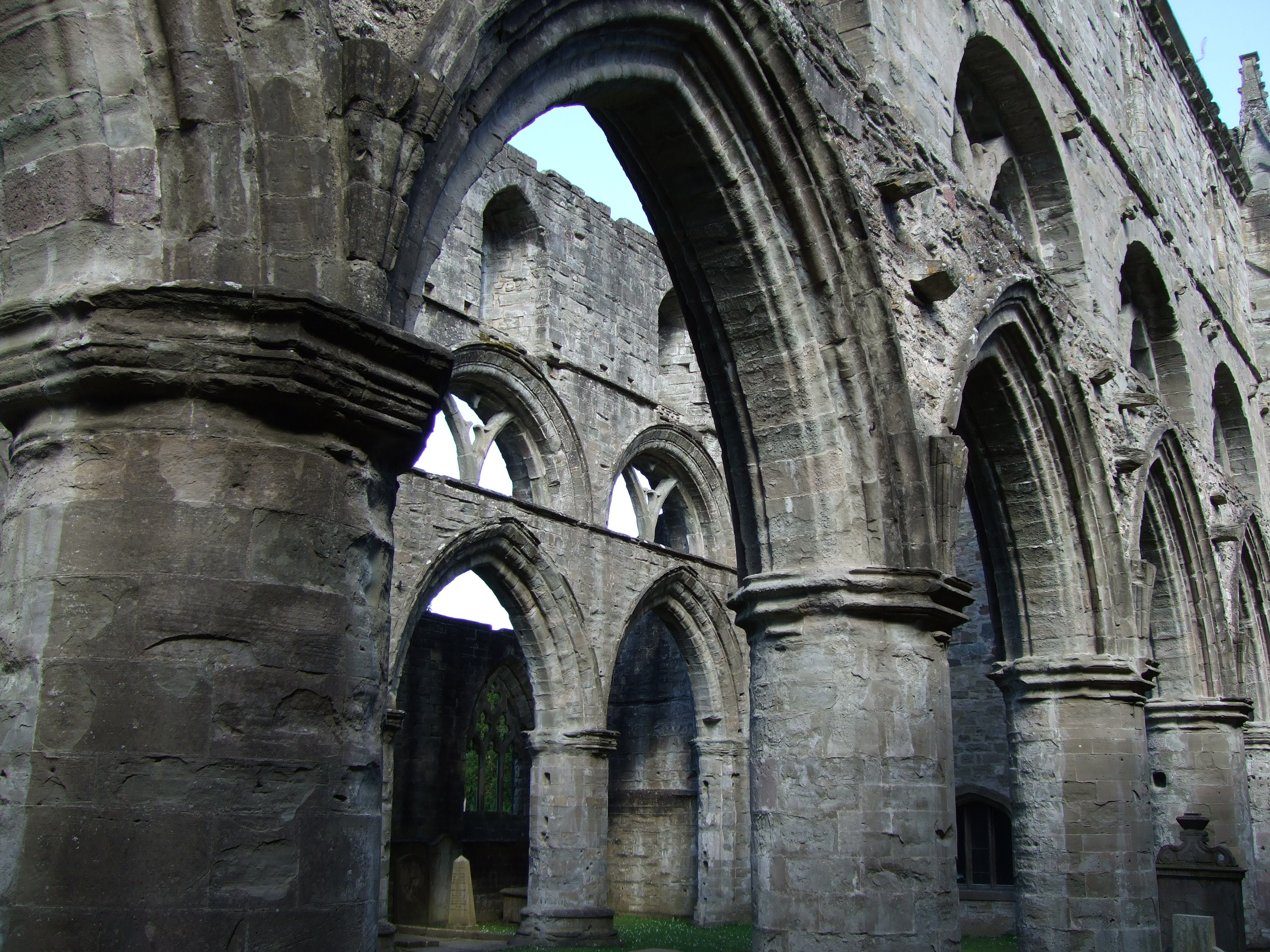 Statue of James Clerk Maxwell (1831–1879) in Edinburgh’s George Street. ‘Maxwell’s equations’ alone placed the scientist shoulder to shoulder with Newton and Einstein: “From a long view of the history of mankind, seen from, say, ten thousand years from now, there can be little doubt that the most significant event of the 19th century will be judged as Maxwell’s discovery of the laws of electrodynamics.” (Richard Feynman). Maxwell also worked on optics, kinetics, thermodynamics, bridge structures, theories of Saturn’s rings, and colour vision: he produced the world’s first colour photography. He could have done a bit more had he not died at the age of 48. Maxwell is one the greatest scientists ever, and an Edinburgh native to boot, but his statue was not unveiled until 2008. A monument to a dog, Greyfriars Bobby, was erected in 1873 and is far better known by tourists. 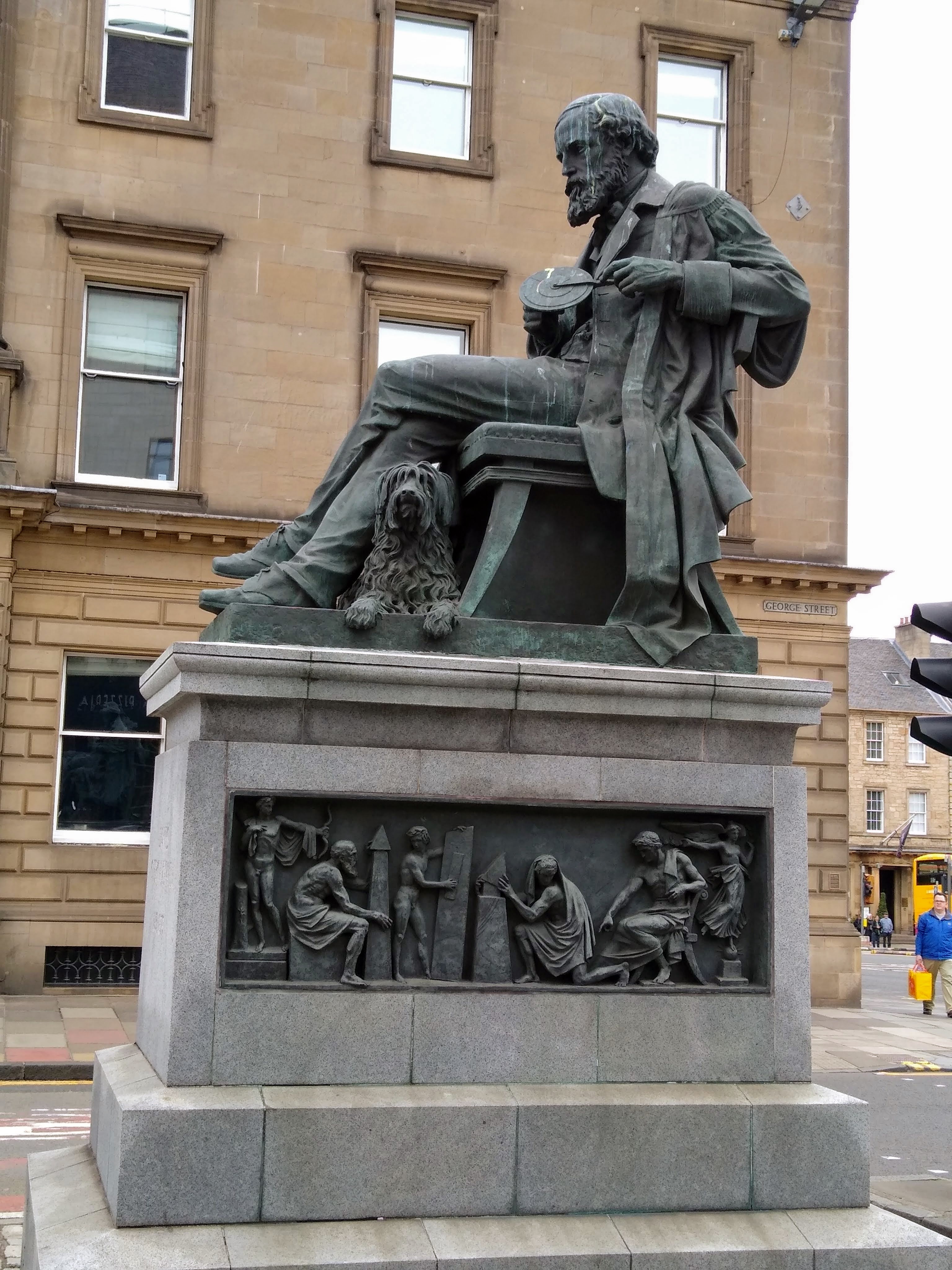 In the middle of a field, that’s where. 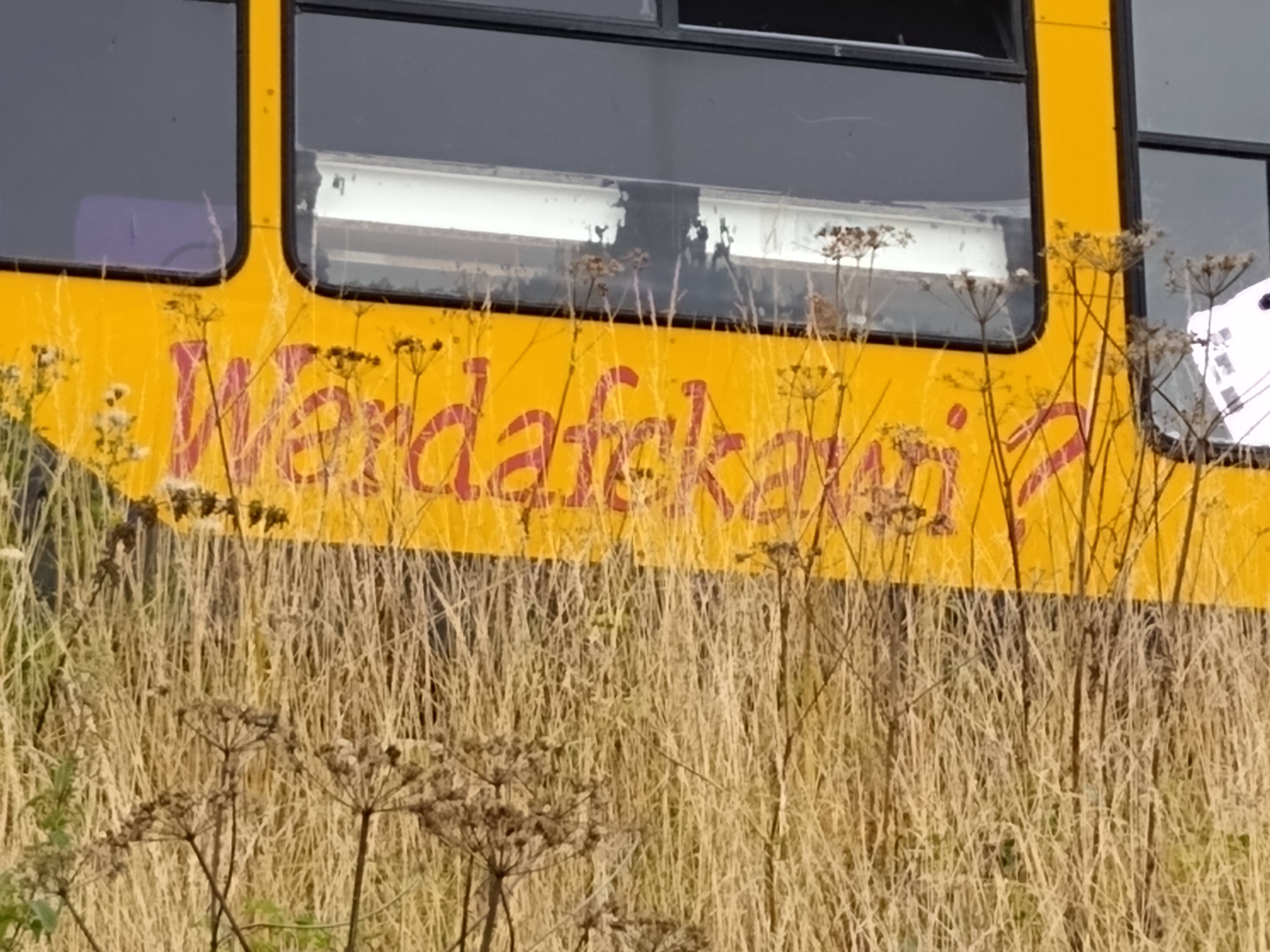 Blooming in our garden. 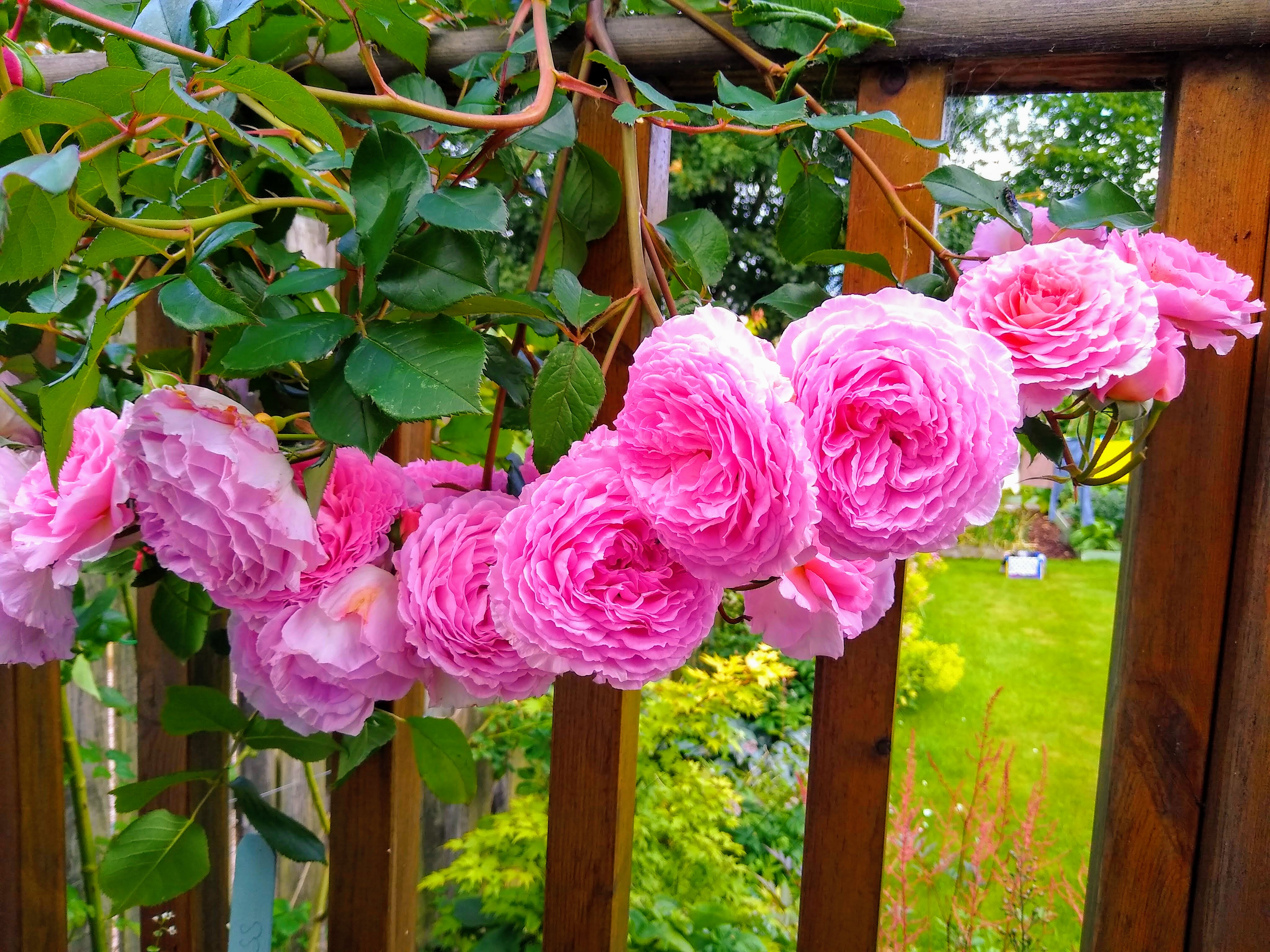 House of D’Arcy Thompson (1860-1948) in St. Andrews. Possibly no other natural selection sceptic was so influential in the biological sciences. His On Growth and Form is an inspiring work of beauty and scholarship, revered by biologists, mathematicians and architects alike. The abridged edition, edited by John Tyler Bonner, would make an excellent gift for a discerning friend. The illustrations alone are worth the purchase: 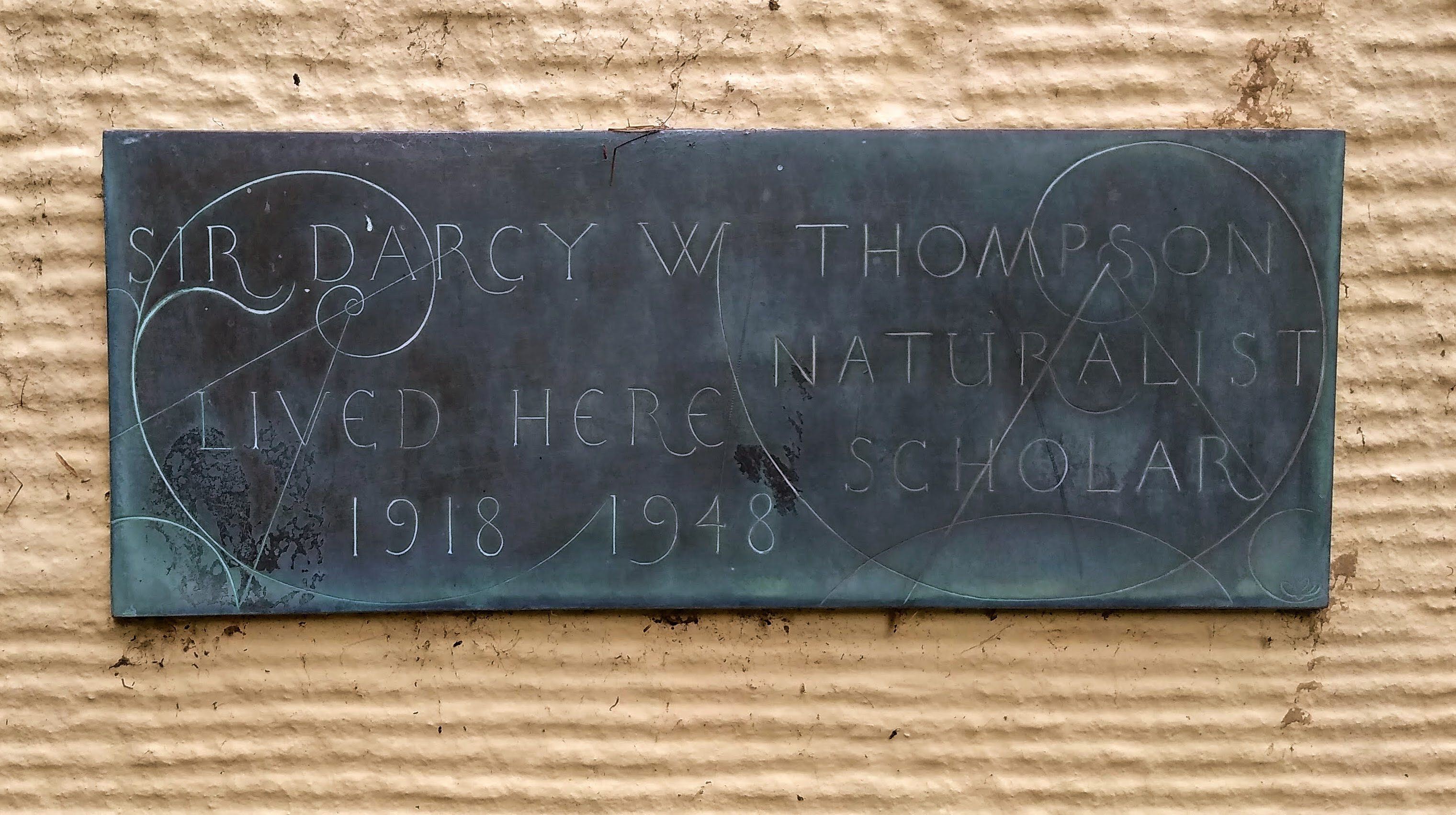 It’s hard to beat the Mormons on the Religious Weirdness Scale; nonetheless, there are about 20,000 of them in Scotland. Tagged, tie-donning, young, clean-shaven missionary duos roam the country, apparently ineffectively: LDS numbers are going down in the UK: 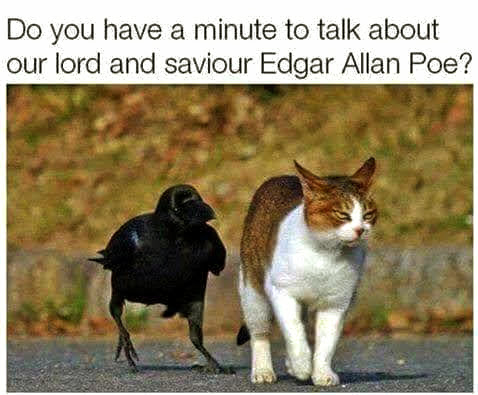 Red and white flowers on this Perth cherry tree – possibly the result of grafting. 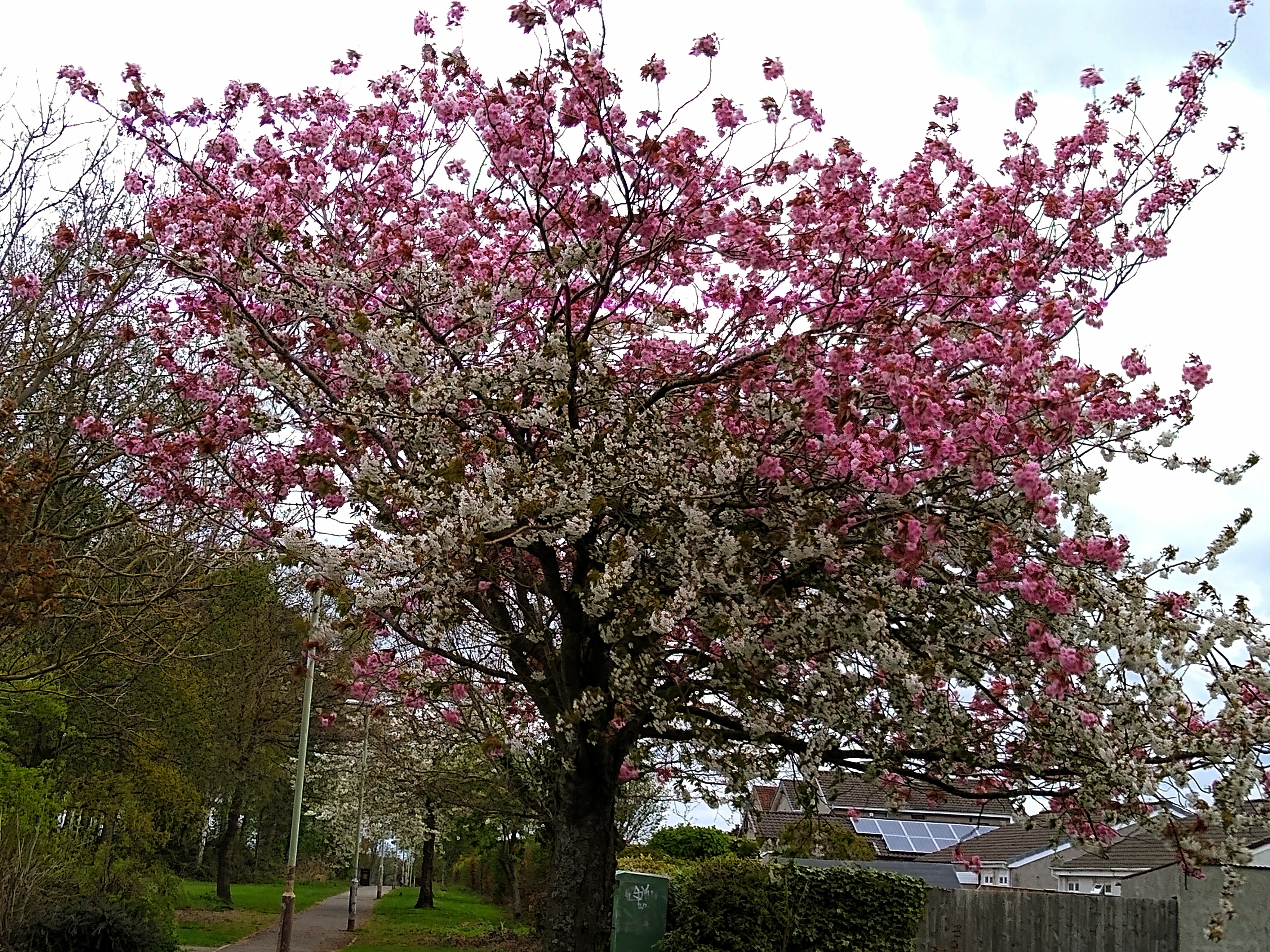 The traveling cannon – The Portuguese Cannon on Calton Hill, Edinburgh, cast in the early 15th century, was taken by the Spanish (who ruled Portugal between 1580 and 1640) to service in the Indies – Goa, Malacca and Southeast Asia – in around 1785. Somehow it was transferred to the Kingdom of Arakan (today’s Burma). According to a Burmese inscription on the barrel, the cannon was moved to Mandalay, the old capital. The British invaded Mandalay in 1885 and took the canon to Edinburgh in 1886. It survived the fate of the other five cannons that once sat on Calton Hill: they were melted down in 1940 as sources of metal during the war: 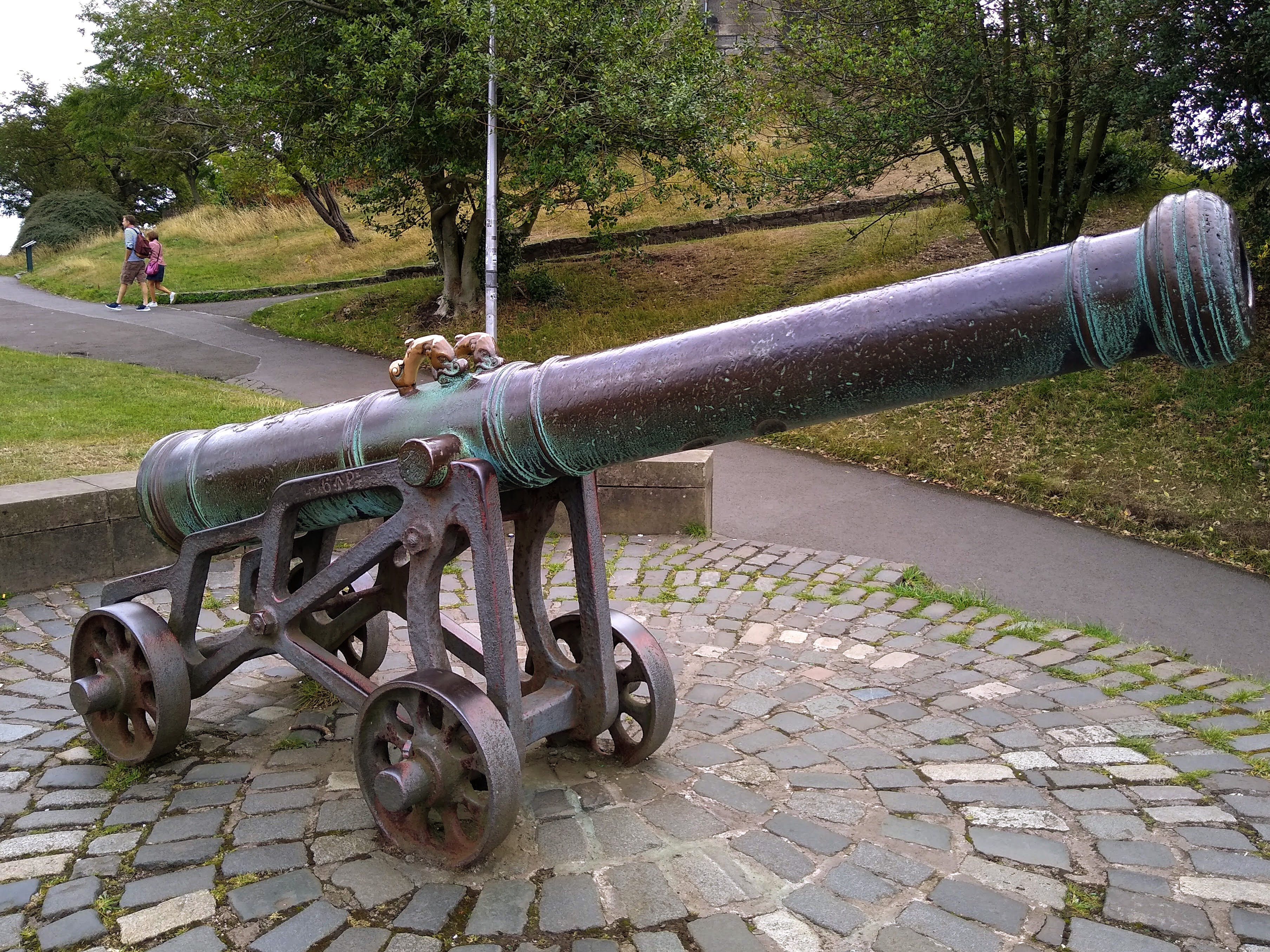 A detail from Voyages and travels to Brasil, by Johannes Nieuhoff (1618-1672), published in 1640. This is one the many rarities at Innerpeffray Library, the first public lending library in Scotland (1680). Understandably you can no longer borrow the precious books, but you are allowed to consult them. This literary gem (6 km from Crieff) deserves to be better known:

[JAC: note that the armadillo is called a “Shield hog”.] 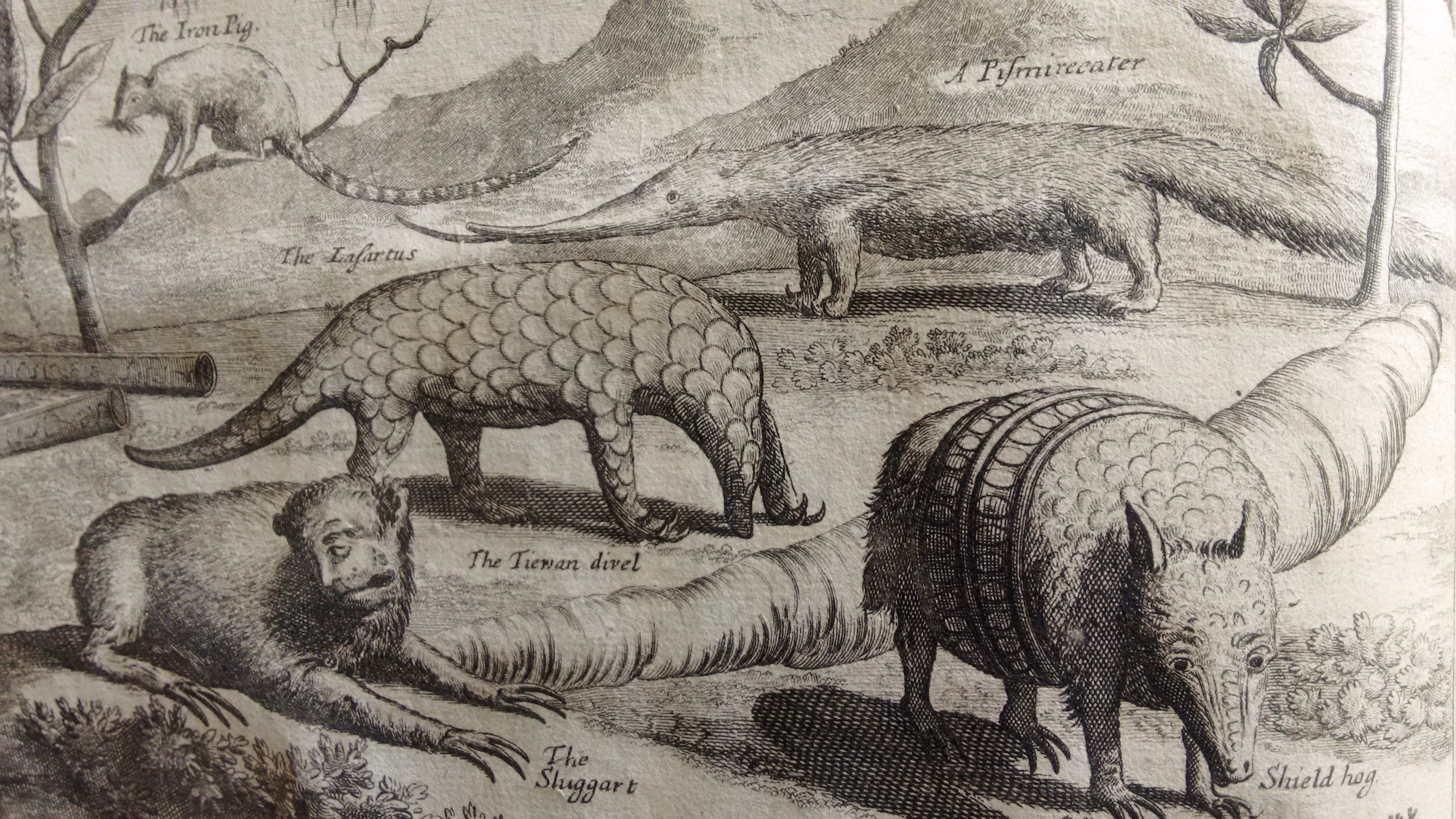 A pleasant side of Edinburgh: the floral clock in West Prince’s Street Garden. Every coloured bit is a living plant: it takes about five weeks for two gardeners to plant and trim the specimens into shape. The clock, by the way, works accurately. 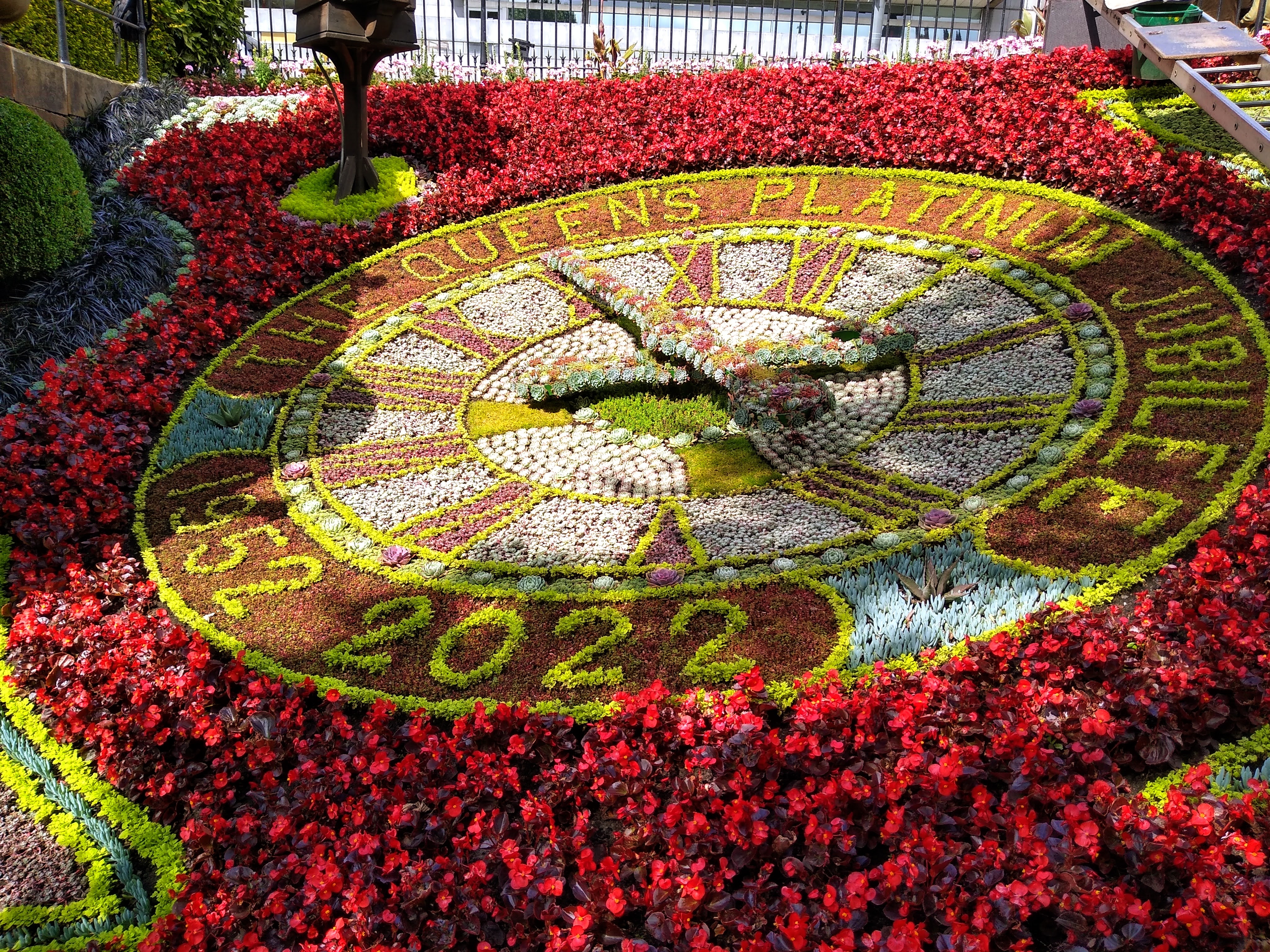 A not-so-pleasant side of Edinburgh: this is the impression of the city that thousands of visitors to this year’s Fringe, the world’s largest arts festival, will take home. The ruling Scottish National Party (SNP) has money for another independence referendum, which most Scots don’t want, and for seven overseas ’embassies’ – price tag: ~6 million pounds/year – but not enough for local councils, so their workers went on strike. Education, transport and health indicators are plummeting, deaths by alcohol and drug use are on the rise (the drug death rate in Scotland is already the highest in Europe). And yet, the SNP has been in power for 15 years. For slightly less than half of the population, the lure of independence trumps everything else: 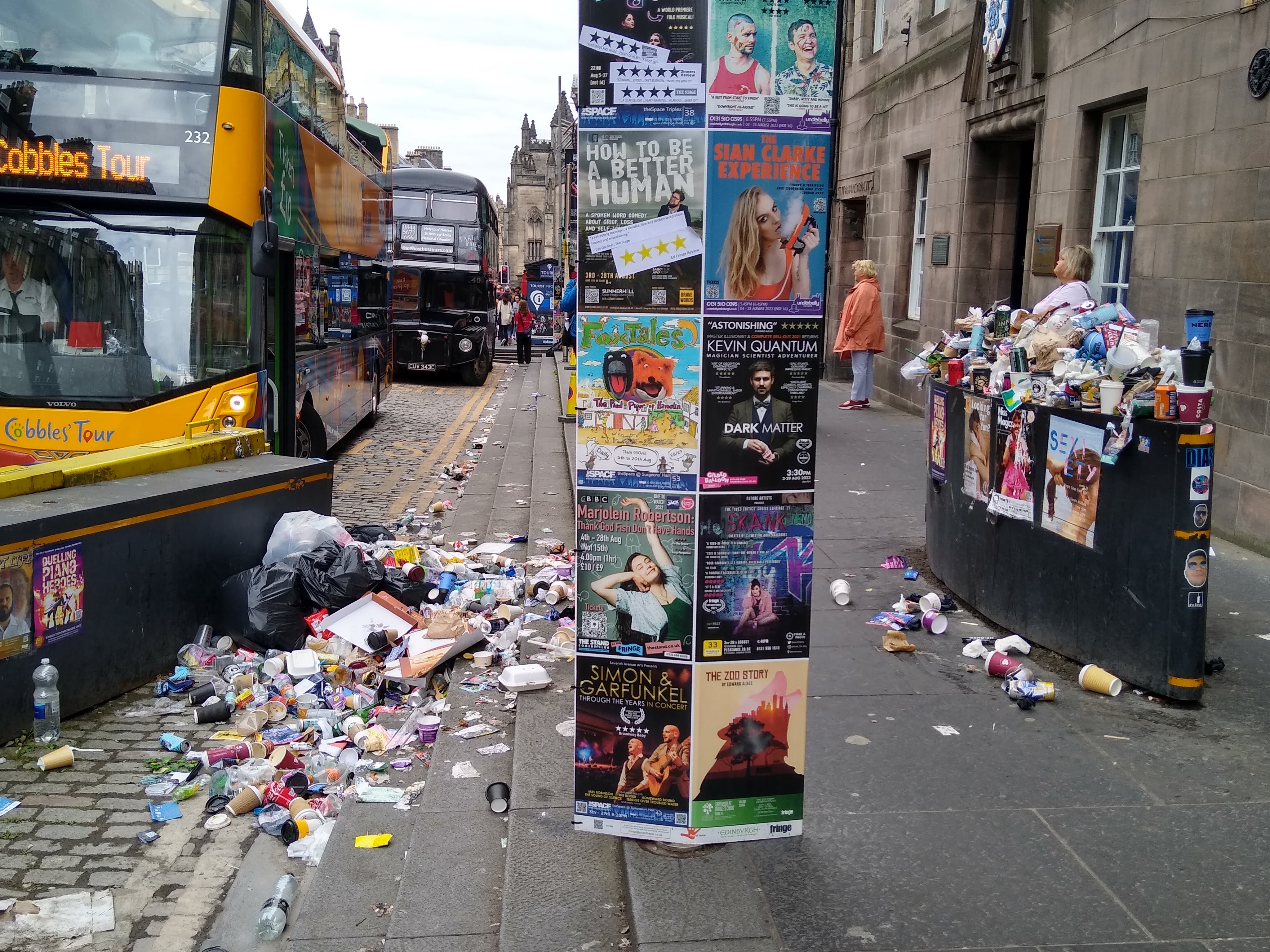