Do send in your photo lest this feature become extinct.  We have two disparate contributions today: astronomy and flying foxes.  IDs and captions are indented, and you can click on the photos to enlarge them.

Here are some more Hydrogen-alpha images that I recorded recently. Late Summer is an excellent time for H-a nebulosity, as a bright part of the Milky Way is overhead, and this is very hydrogen rich.

All these objects are in the constellation of Cygnus (the Swan).

NGC 6888 – often called the ‘Crescent nebula’. This is a nebula of ejected gas from the bright Wolf-Rayet star WR 136. Wolf-Rayets are giant stars with short lifetimes and WR 136 is in the late stages of ejecting a large part of its outer atmosphere. Much of the gas is highly excited and emits X-rays, along with Hydrogen-alpha etc. The nebula is about 5000 light years from Earth. 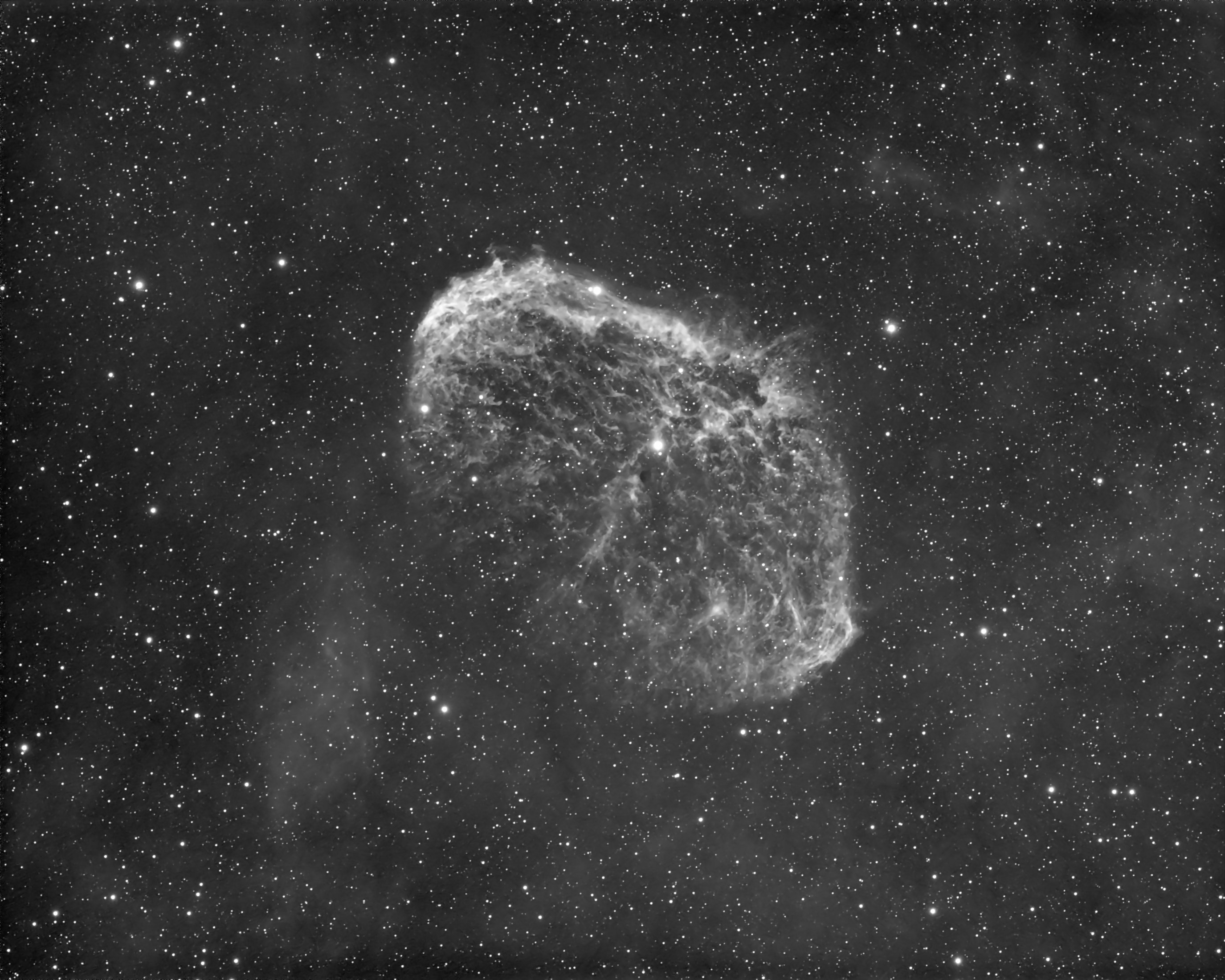 IC 1318 – the ‘Sadr nebula’ (Sadr is a nearby bright star –Gamma Cygni). A complex region of bright hydrogen and dark dust, about 4,900 light years away: 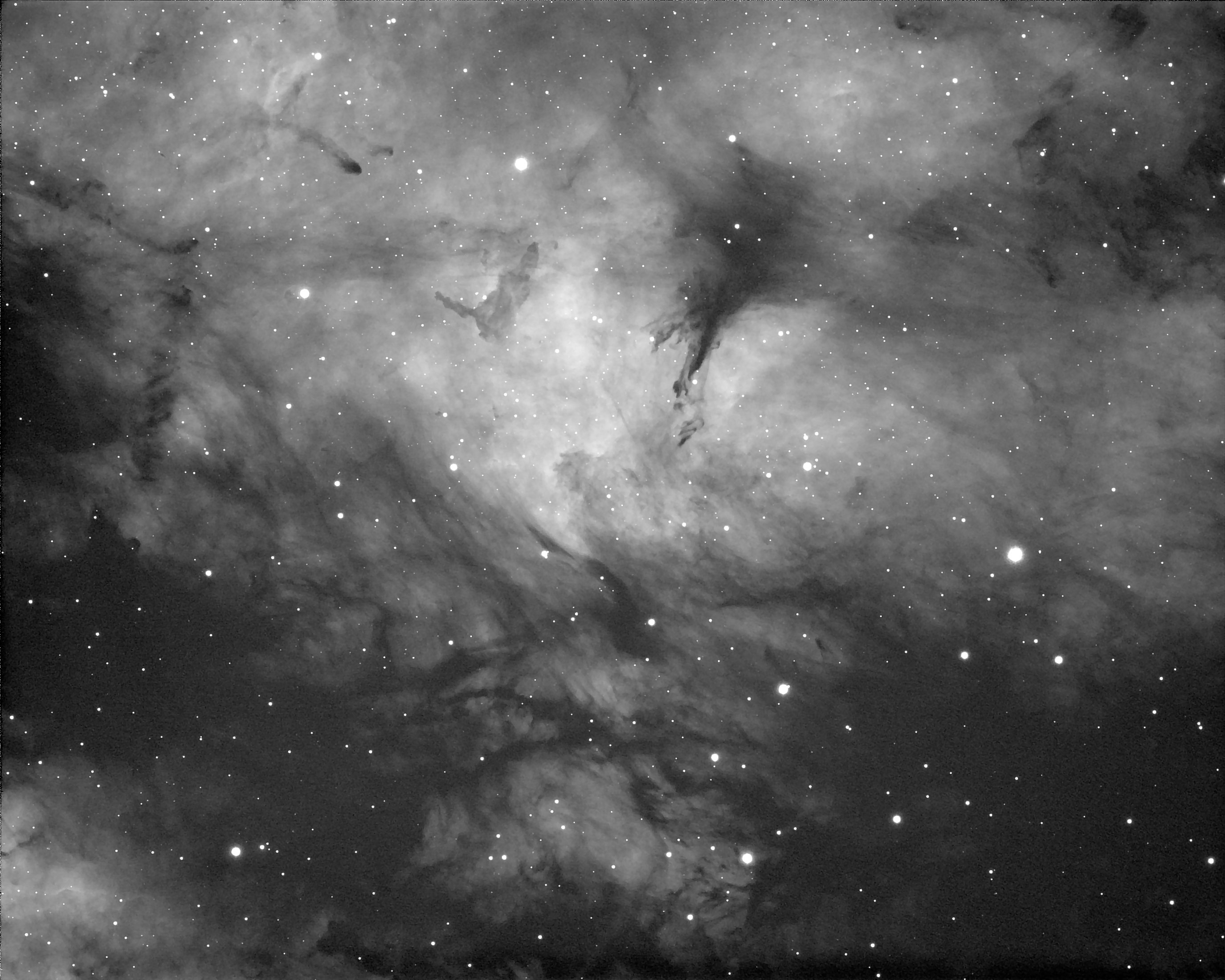 IC 5067 – part of the ‘Pelican nebula’, near Deneb, the brightest star of Cygnus. This nebula consists of a bright ‘shock front’ with embedded Herbig-Haro objects. These H-H objects are where new stars are condensing from the nebula, and form tube-like structures in the gas. The large one, near the centre, is called Herbig-Haro 555. This nebula is about 1,800 light years from Earth: 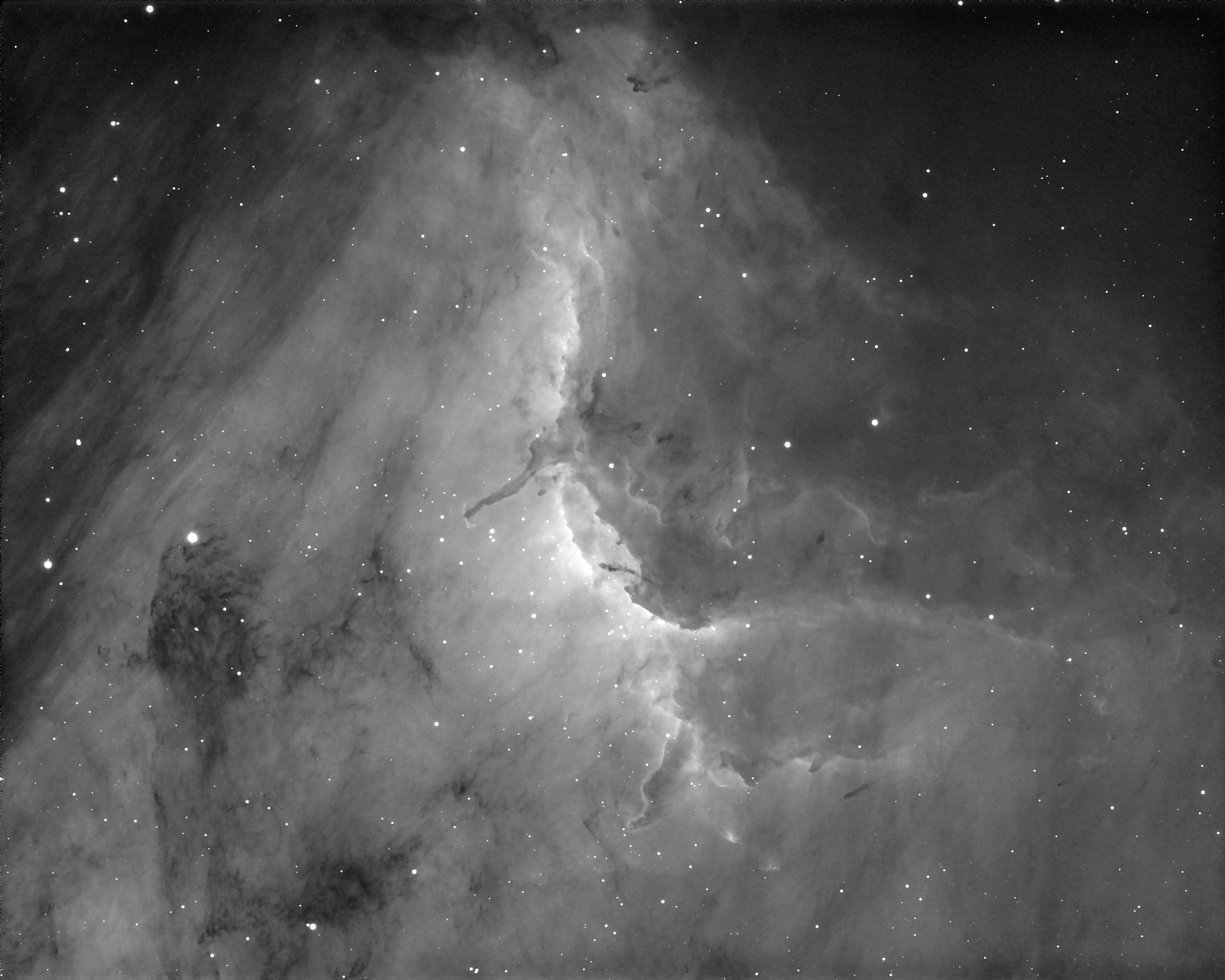 The morning hullabaloo starts. Spectacled flying foxes (Pteropus conspicillatus) congregate on the branches of a giant cluster fig (Ficus variegata), above the labs of the AUSTROP Research Station in CapeTribulation, Far North Queensland in Australia: 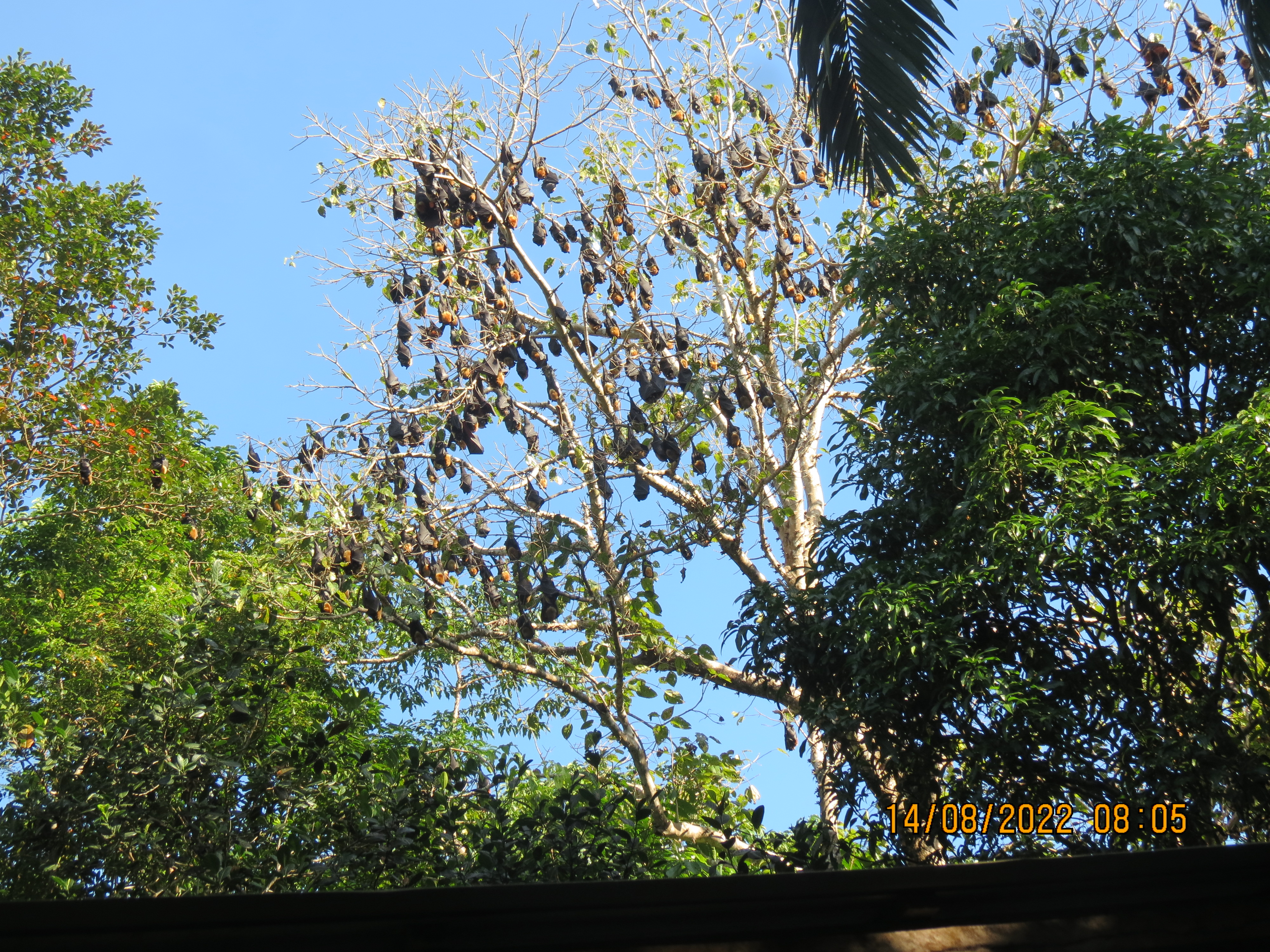 These megabats are now considered endangered as a result of climate change and their population has seriously declined due to major heat stress events, as well as loss of colony sites to urbanisation.

Flying foxes are quite vagile – and can often change roosting locations which rather complicates doing research  on them. Flying foxes are not strictly nocturnal – they have a basically cat-like daily pattern, fly out, feed, snooze, fly to another feeing site, snooze, and fly back to the main colony site (which may be many kilometres away) in the early morning and spend the day alternately snoozing and socialising (very noisily). 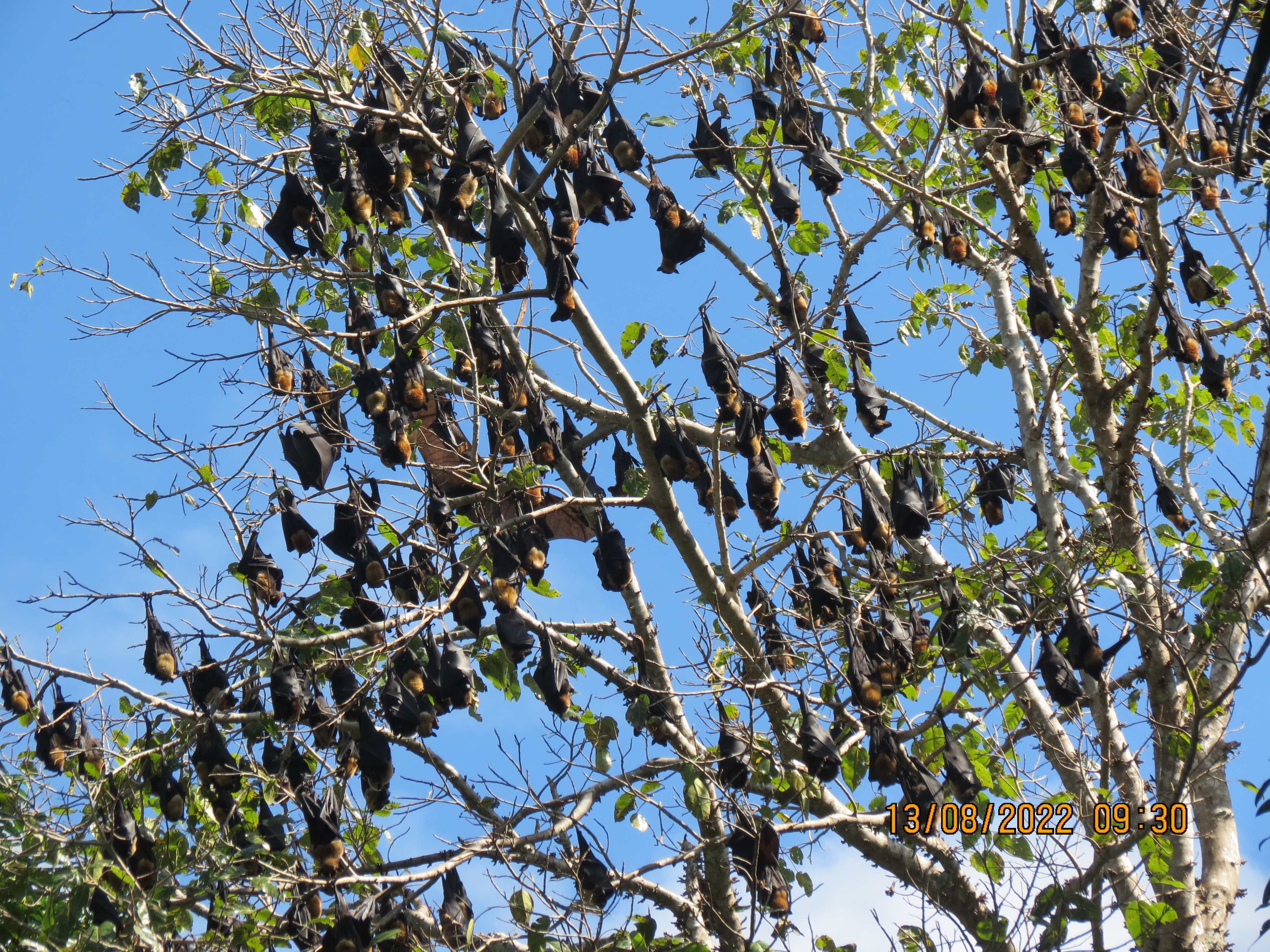 Flying foxes are critical long distance pollinators of a number of forest species (mainly Myrtaceae) and distributors of larger seeds, as they grab a fruit, fly off, eat it and drop the seed. They can’t swallow solids, so only really tiny seeds such as fig seeds get swallowed (and shat out). We are hoping that this region will only get wetter, but not hotter – so it will be a sanctuary
for the species. 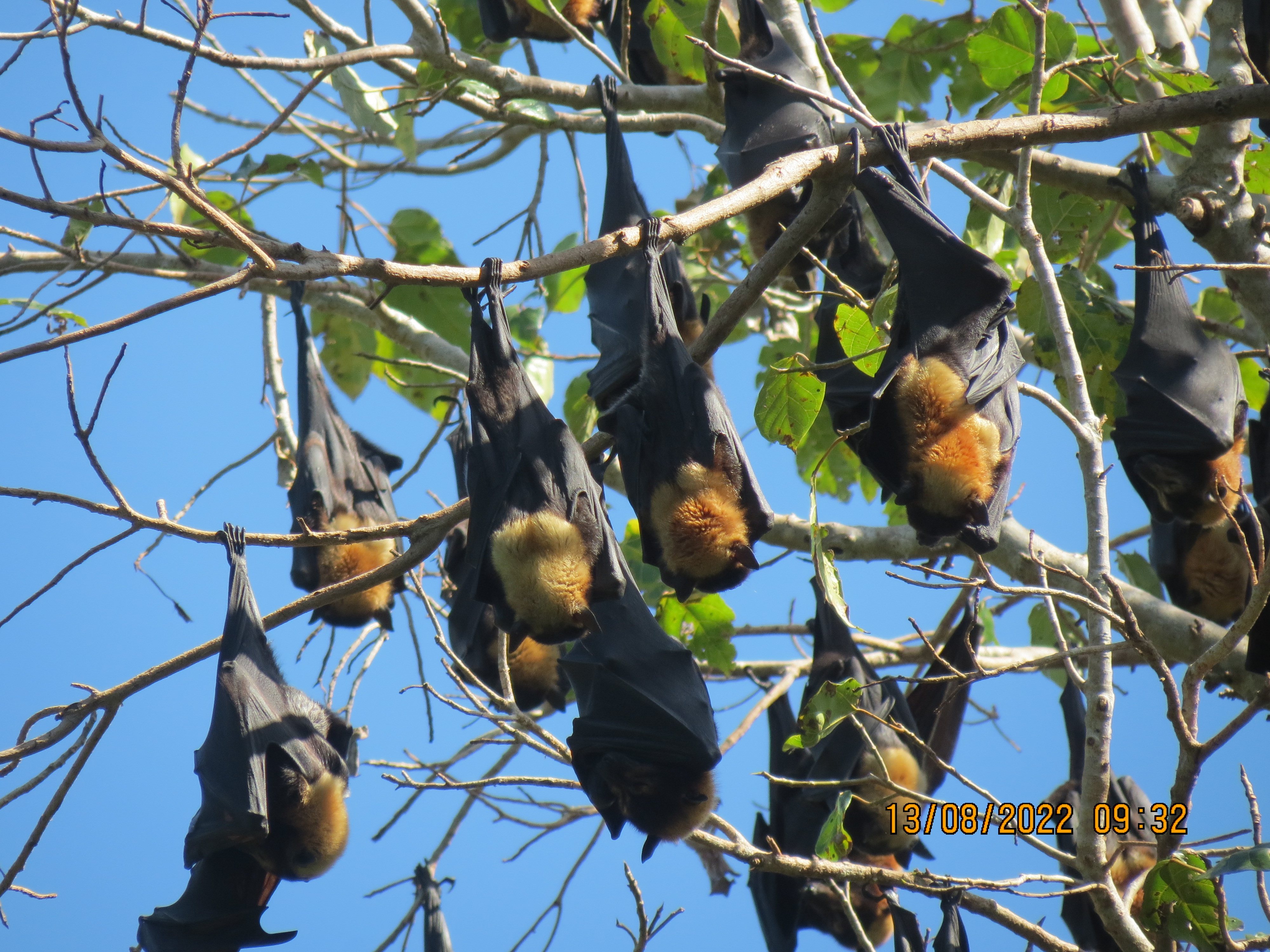