Today we have photos of extended phenotypes of a primate, H. sapiens. These photos of bridges were taken by James Blilie, whose notes are indented. Click the photos to enlarge them.

Again, sticking with the theme theme, these are a set of photos I have taken of bridges.

Many Rivers to Cross.

First is the Clifton Suspension Bridge near Bristol, Somerset, crossing the gorge of the River Avon.  I find this one of the most spectacular bridges and sites in the world. Scanned Kodachrome 64, 1992. 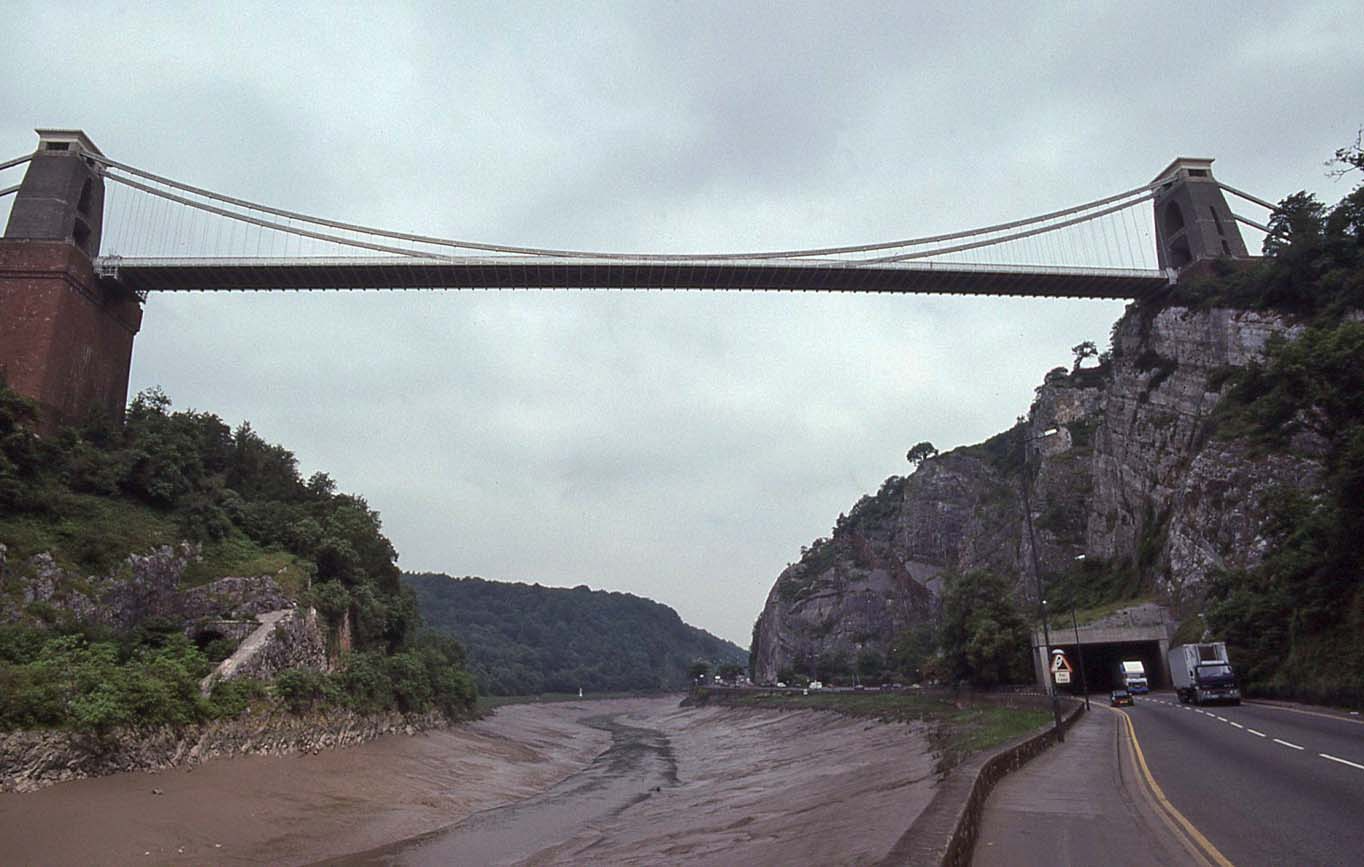 Next, also in the UK:  The Menai Straight Suspension Bridge.  This is a view looking up the linked chain suspension “cables”.  We crossed from mainland Wales to Anglesey on our bicycles, heading for Holyhead and the ferry to Ireland.  Designed by Thomas Telford and completed in 1826.  Bold engineers and builders!  Scanned Kodachrome 64, 1992. 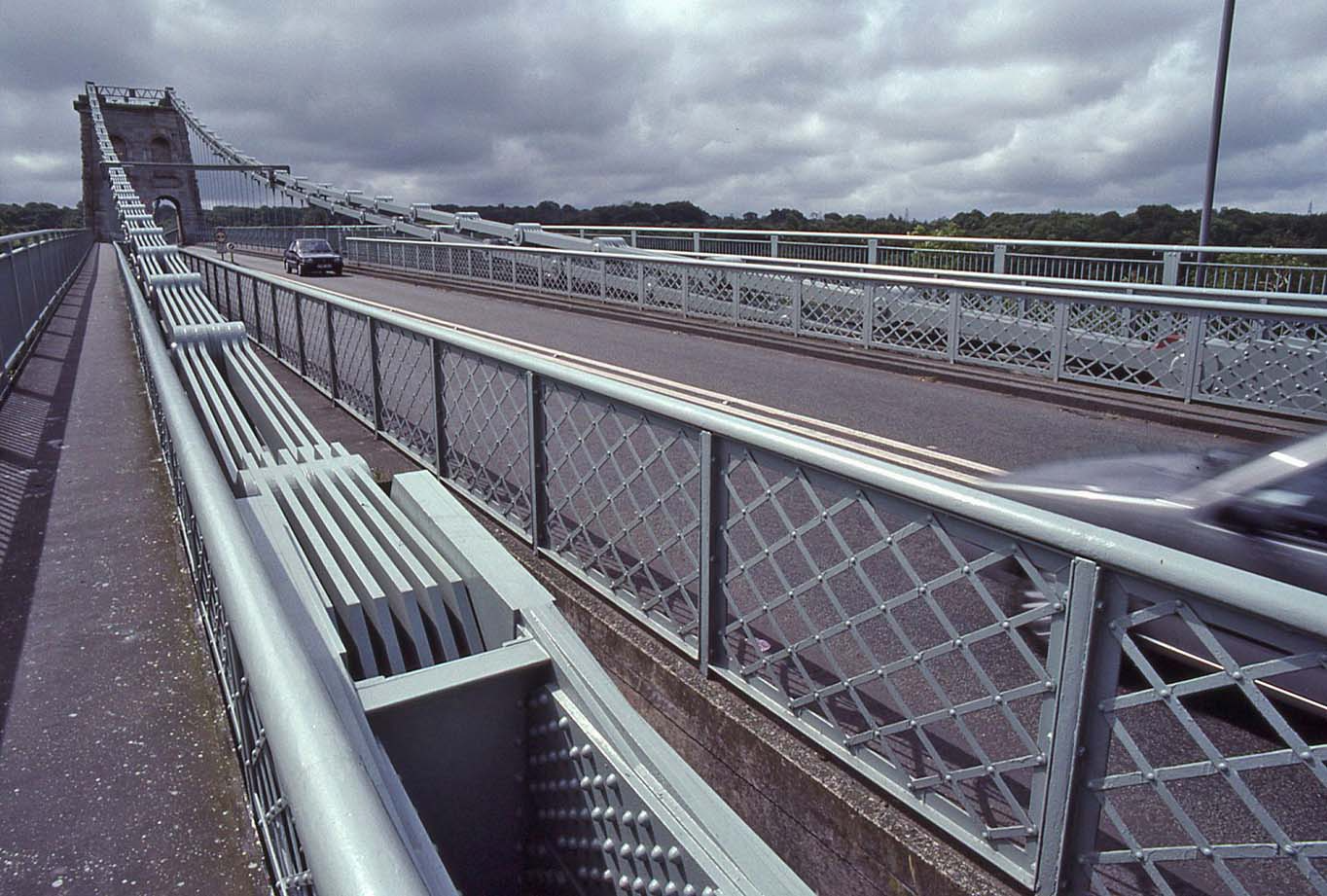 Next—going way back in time:  The Pont du Gard, which the Romans built to cross the Gardon River in their Province (Provence).  I love the architecture of the Roman structures.
And:  They built to last! Scanned Kodachrome 64, 1997. 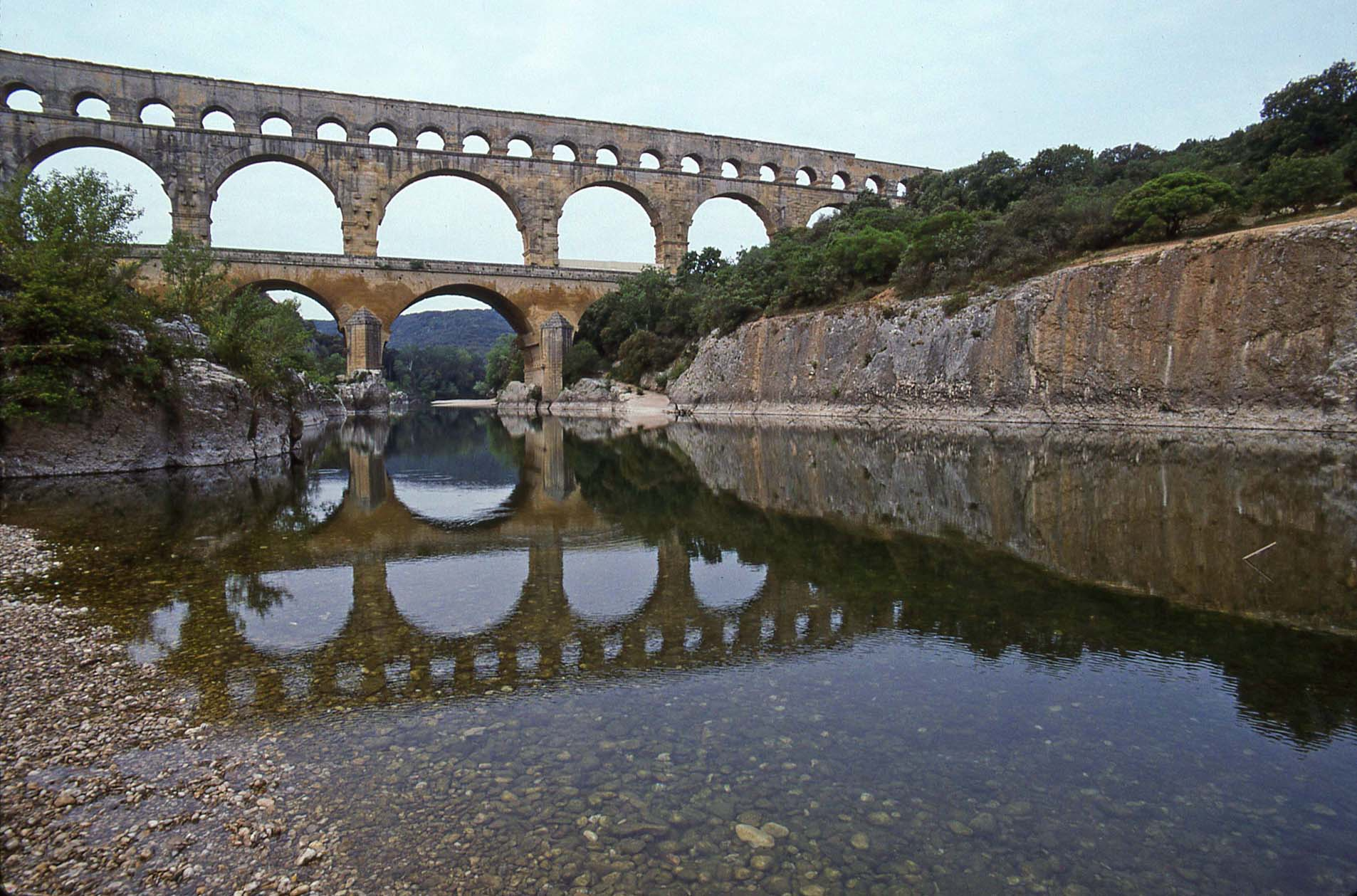 Sticking with the Romans, this the Roman bridge over the Ouvèze River, also in Provence, at the Roman town of Vaison-la-Romaine, a beautiful spot.  Pentax K-X digital image, 2010. 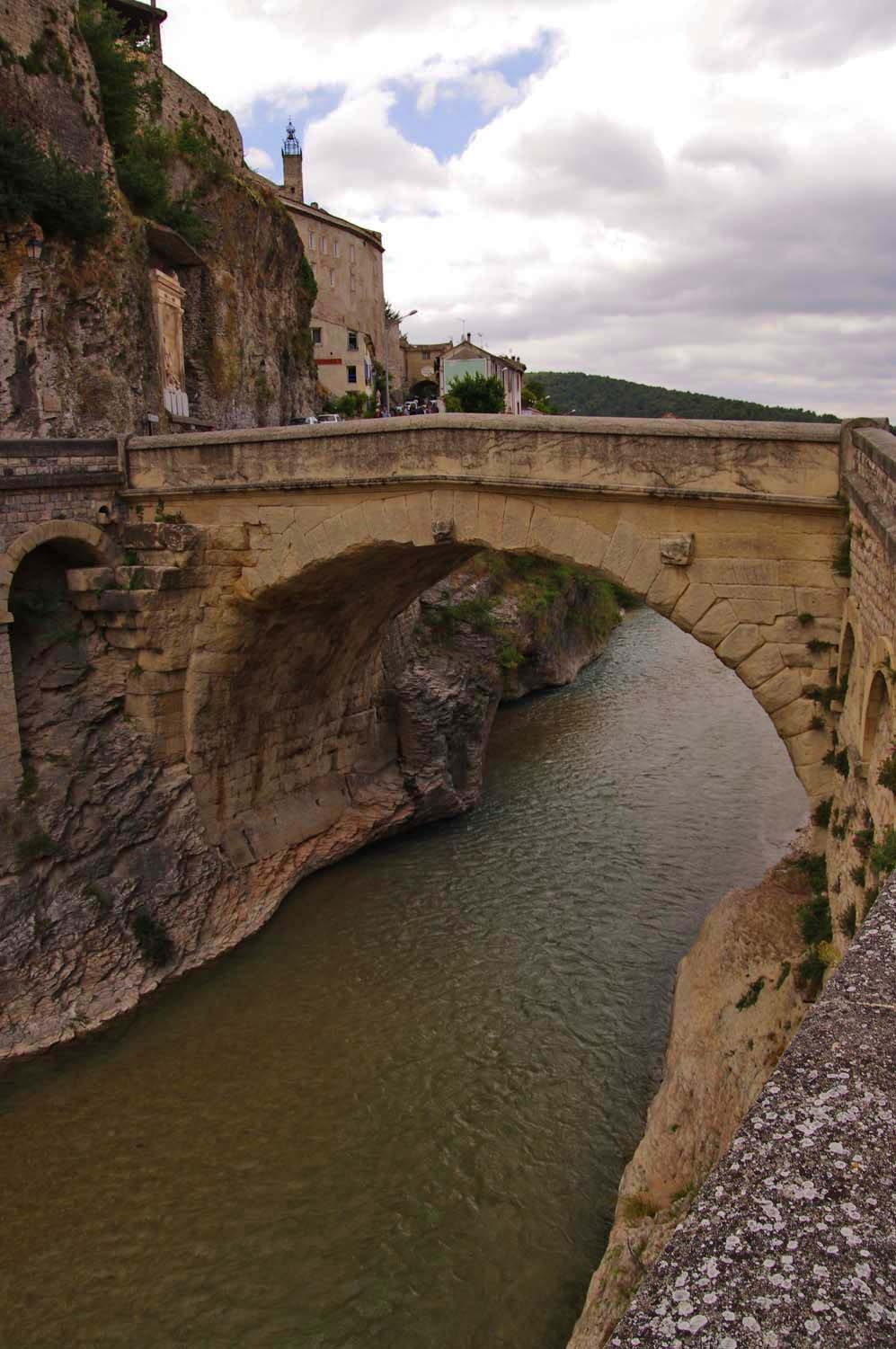 Next is the Ponte Vecchio in Florence, crossing the Arno River.  I loved Florence and all of Tuscany. In Italy, we adopted the Italian schedule:  Go out in the morning and see something, back to the Pensione for a cold lunch and a siesta, then back out to see something, dinner, and the evening passegiatta around town, with the rest of the town.  Scanned Kodachrome 64, 1999. 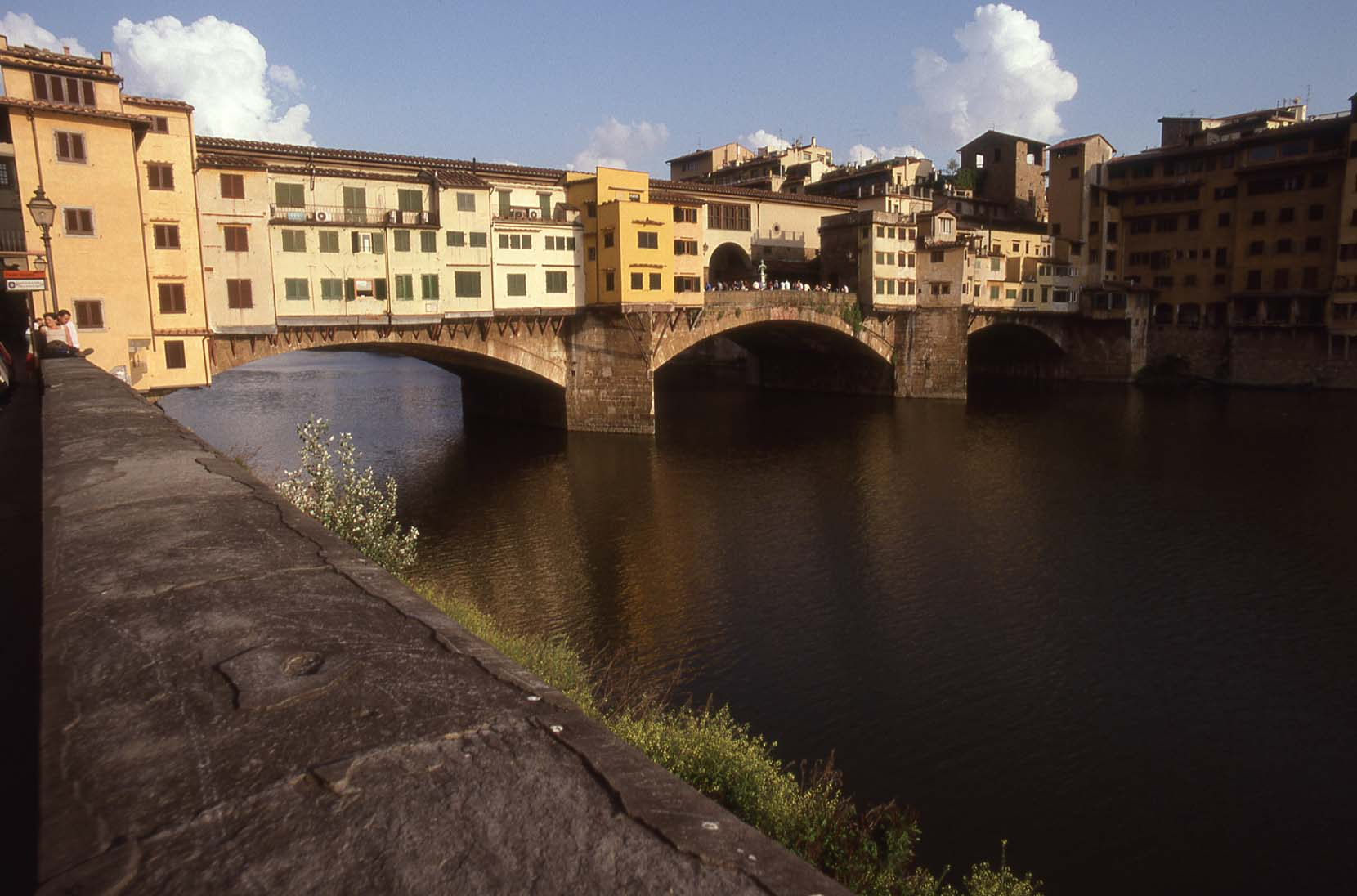 Sticking with the bridge as building theme for a moment:  Château de Chenonceau, crossing the River Cher, one of the many beautiful chateaux of the greater Loire Valley region. Scanned Kodachrome 64, 1992. 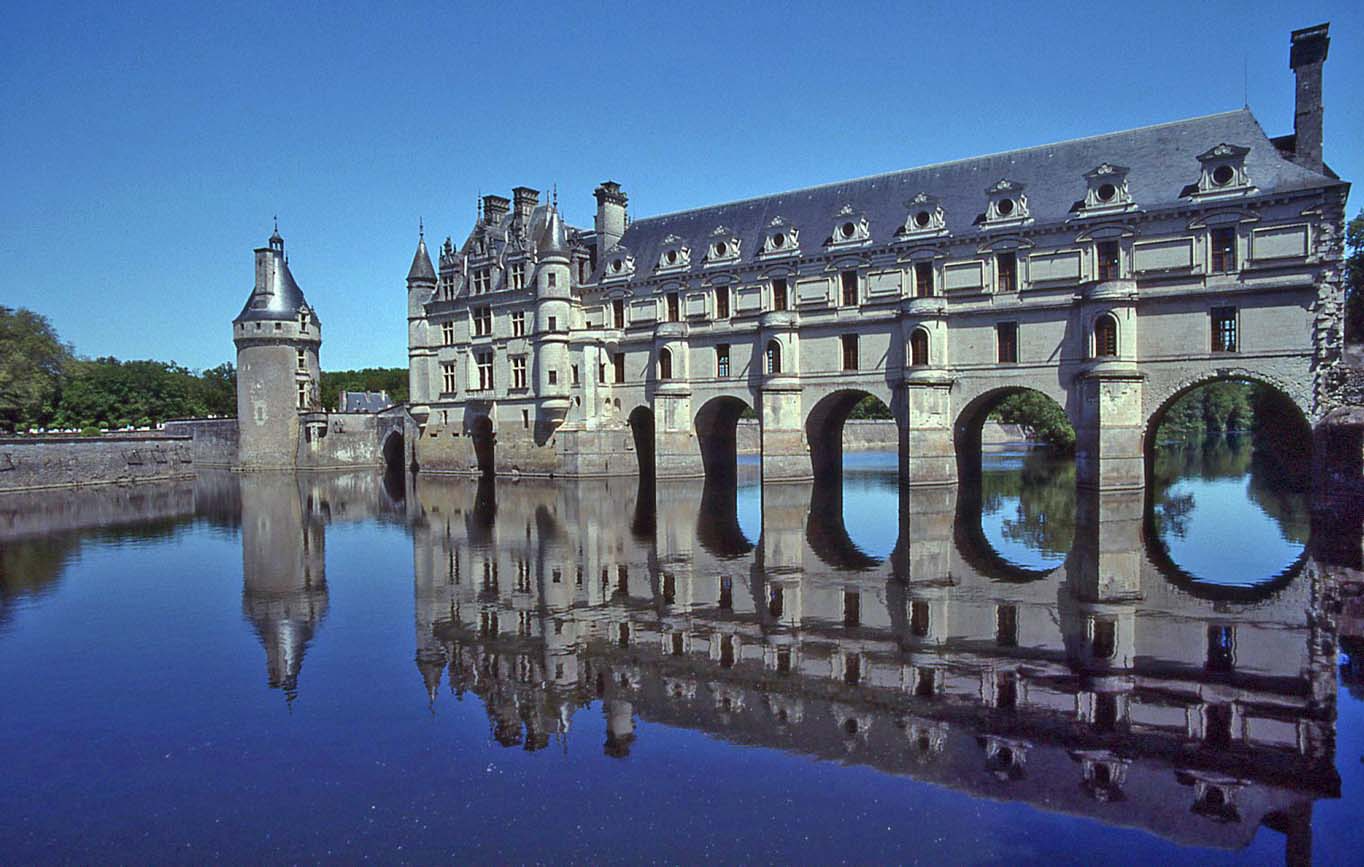 Another from France:  The bridge at Gien, crossing the Loire River. Scanned Kodachrome 64, 1992. 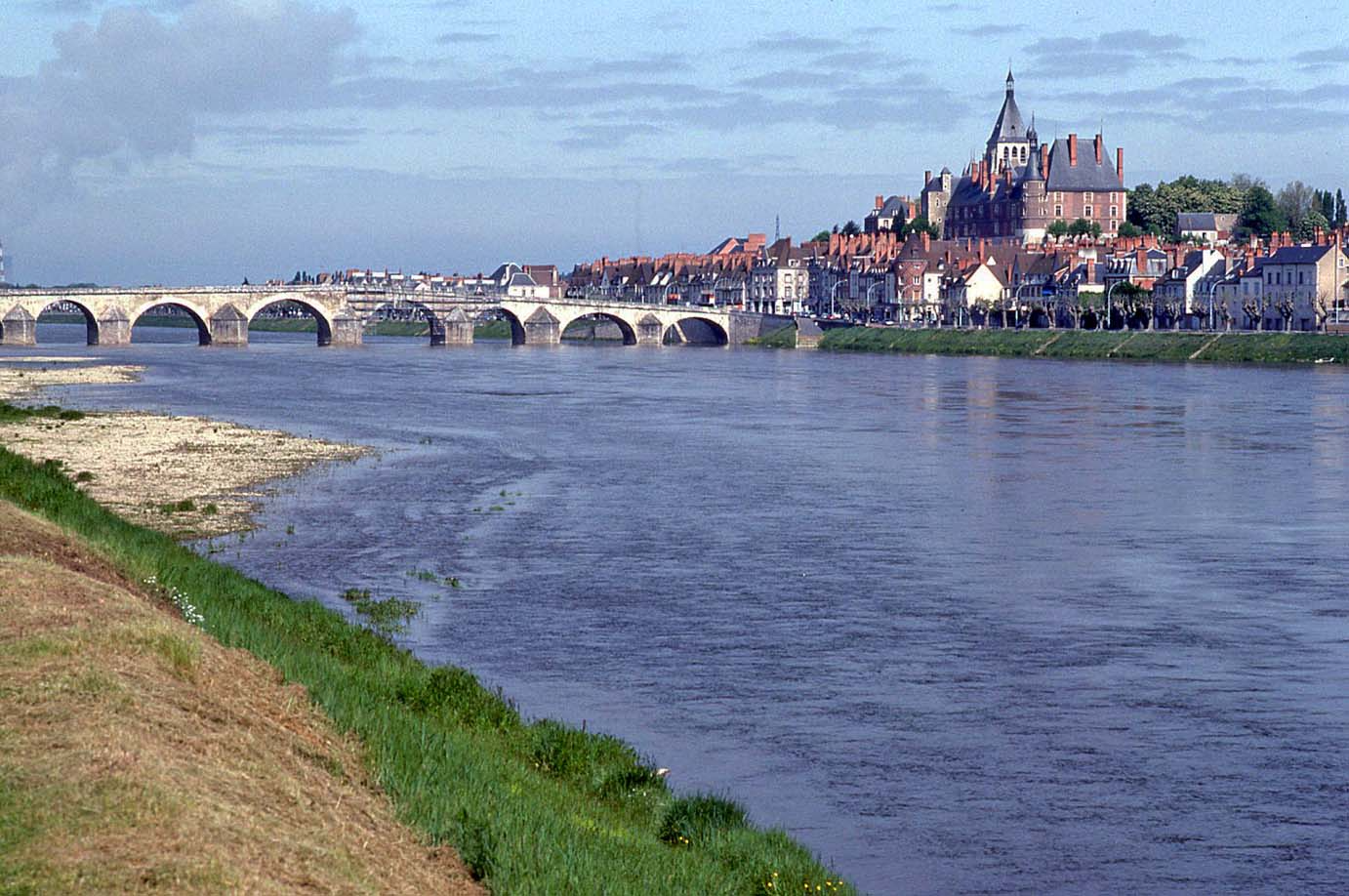 One more from France.  This is the Passerelle Leopold-Sedar-Senghor foot bridge over the Seine in Paris, near the Musée d’Orsay, which can be seen in the background. I love the lines of this bridge.  Pentax *ist camera, digital image, 2010.  It seemed to me in 2010 that I had not seen it previously and I see in Wikipedia that it was completed in 1999. 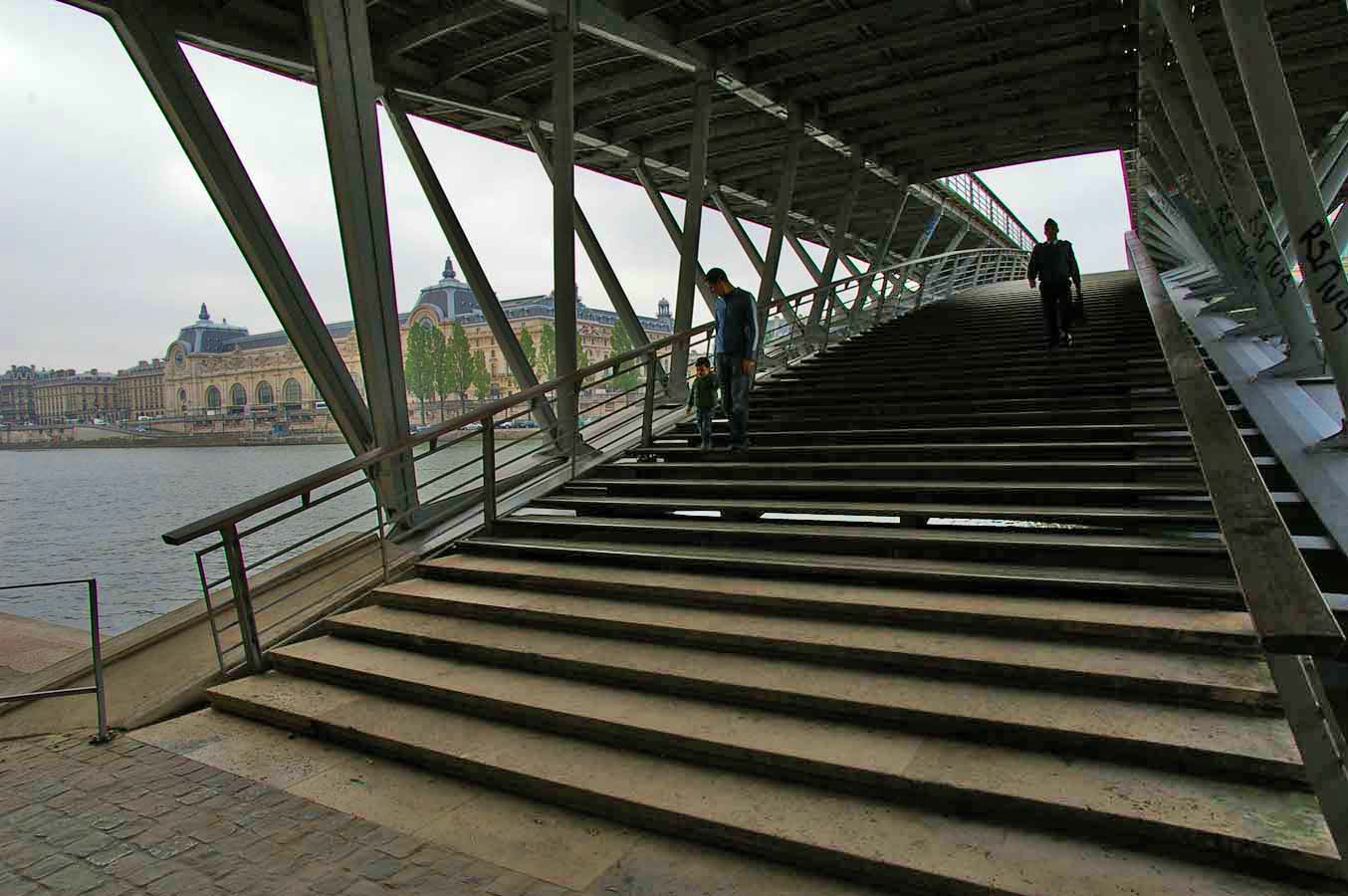 Next, we go much further afield to Nepal, which, due to its rugged terrain and many rivers, as a lot of bridges.  This one crosses the Marshyangdi River, near the start of the Annapurna Circuit trail.  I am 6’-5” inches tall and weigh quite a bit – much larger than the Nepalese.  I did not enjoy being, as I said it the, the bridge tester for the Nepalese highway department!  You can’t see it in this shot; but the Marshyangdi River is a raging torrent under the bridge.  We were there during the monsoon; but the Annapurna Circuit was still spectacular.  Scanned Kodachrome 64, 1991. 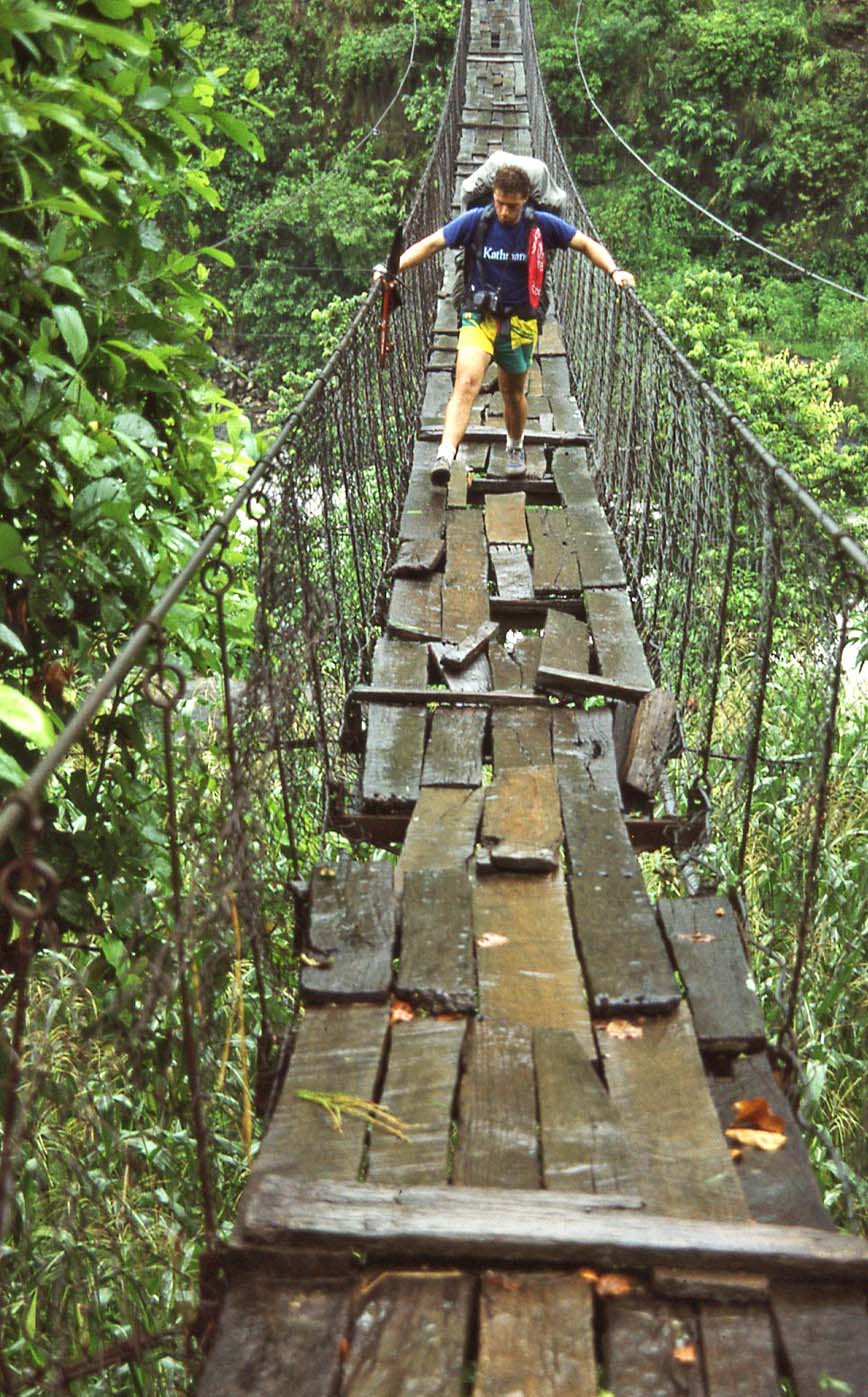 Finally in Nepal, here’s what happens when the bridge fails.  This bridge, over a small tributary of the Marshyangdi River, leading to the Thorung La mountain pass*, failed earlier in the year we were there.  This necessitated camping near the bridge site and getting up before dawn to ford the stream at its lowest water level.  The water level rose dramatically through the day due to snow melt.  (* The highest elevation I’ve been to:  17,769 ft (5416 m).) Scanned Kodachrome 64, 1991. 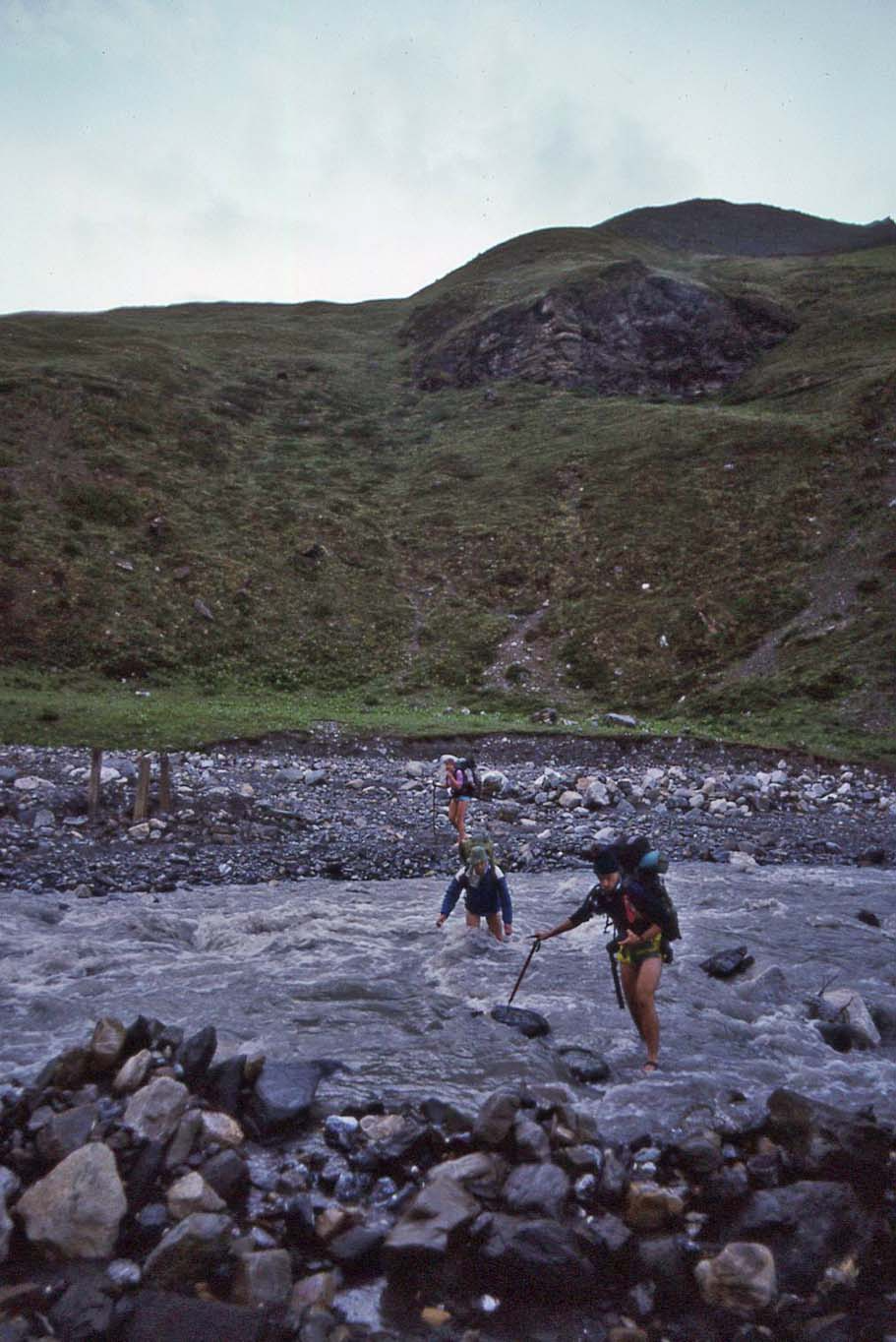 The last shot is back in Europe:  One of the many suspension bridges on the west coast of Sweden. There were so many, I don’t know which one this is.  Taken from our car as we crossed the bridge. Digital image:  Canon Powershot SD1100, 2012. 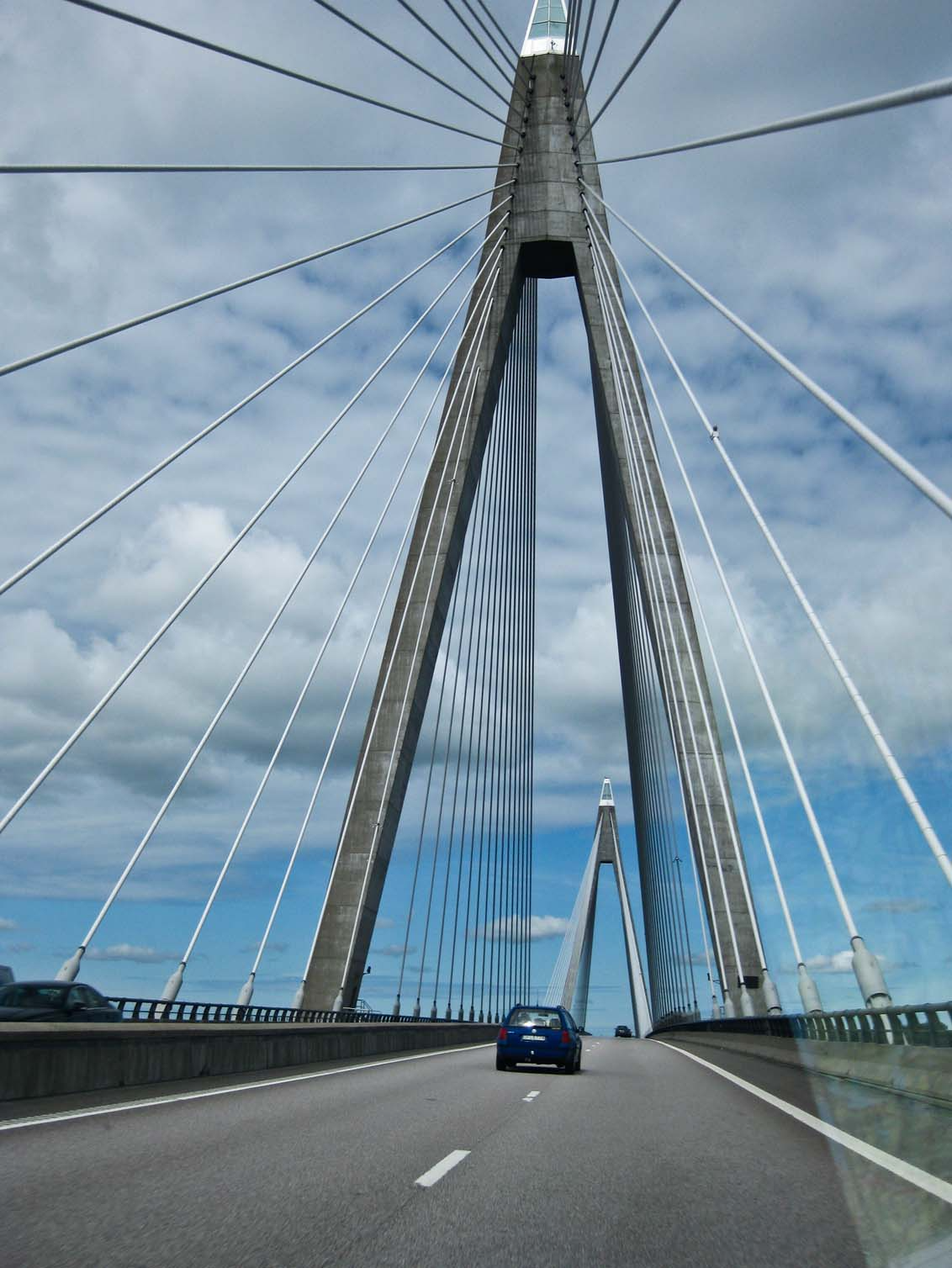