Among old waterfowl friends who have returned this year, we still have Honey (who is here for her sixth year, haaving come back to molt), and this morning Frisky the wood duck (Aix sponsa) showed up. This is the third year he’s been here, presumably after he’s helped rear a brood.  He’s just beginning his molt.

How do I know it’s Frisky?  First, when I tossed him a few food pellets he immediately went for them. The first year (this is true of many ducks) they have to learn that a pellet is food, which can take from five minutes to a day. Frisky took to them without hesitation.

Second, he’s sitting on his “Sacred Knob”: the knees of the Bald Cypress on the South Duck Island. I don’t know how long he’ll be here, so I took a few pictures this morning in the dim light. I do hope he stays through his entire molt, when he develops his most spectacular colors. 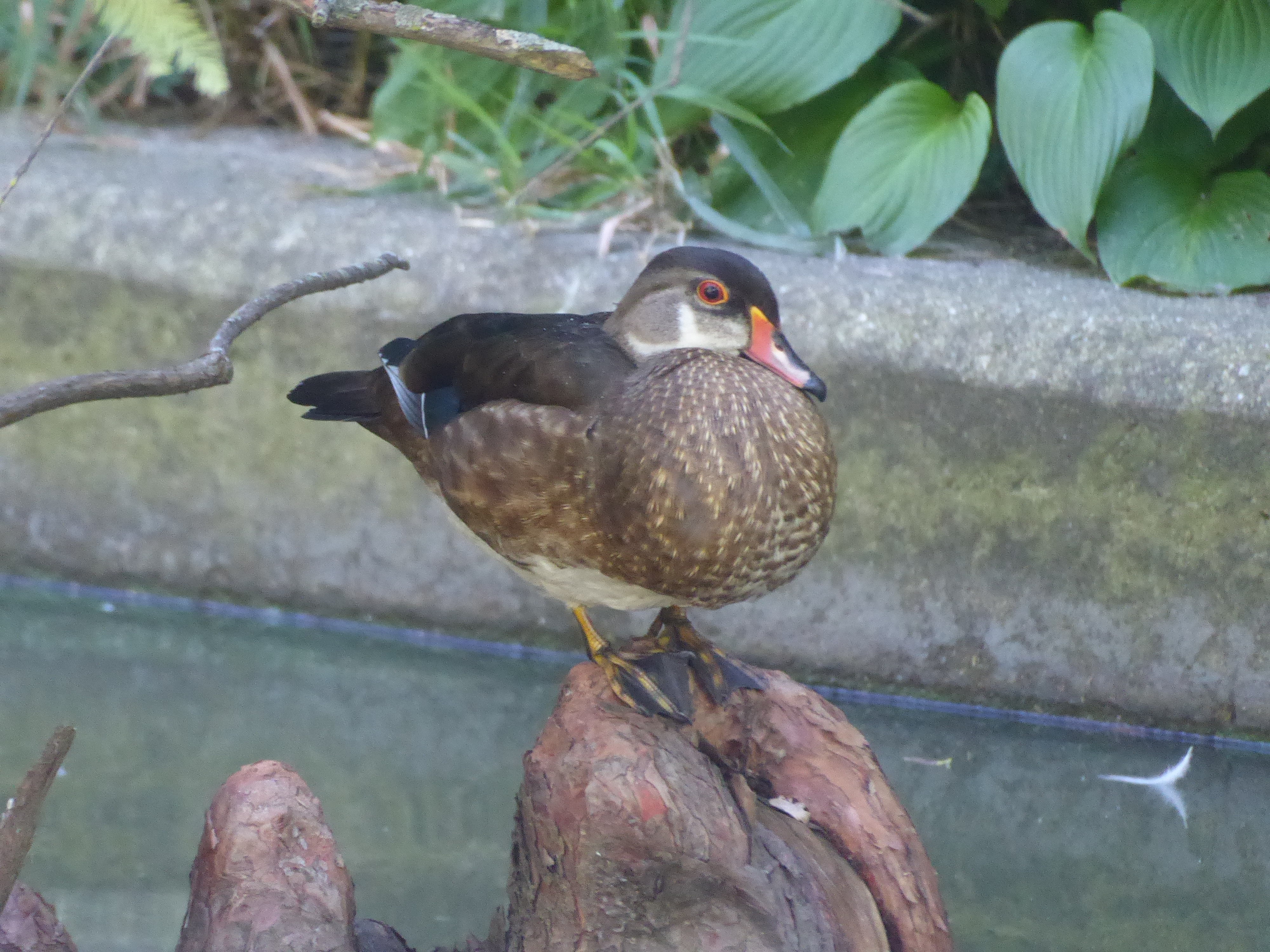 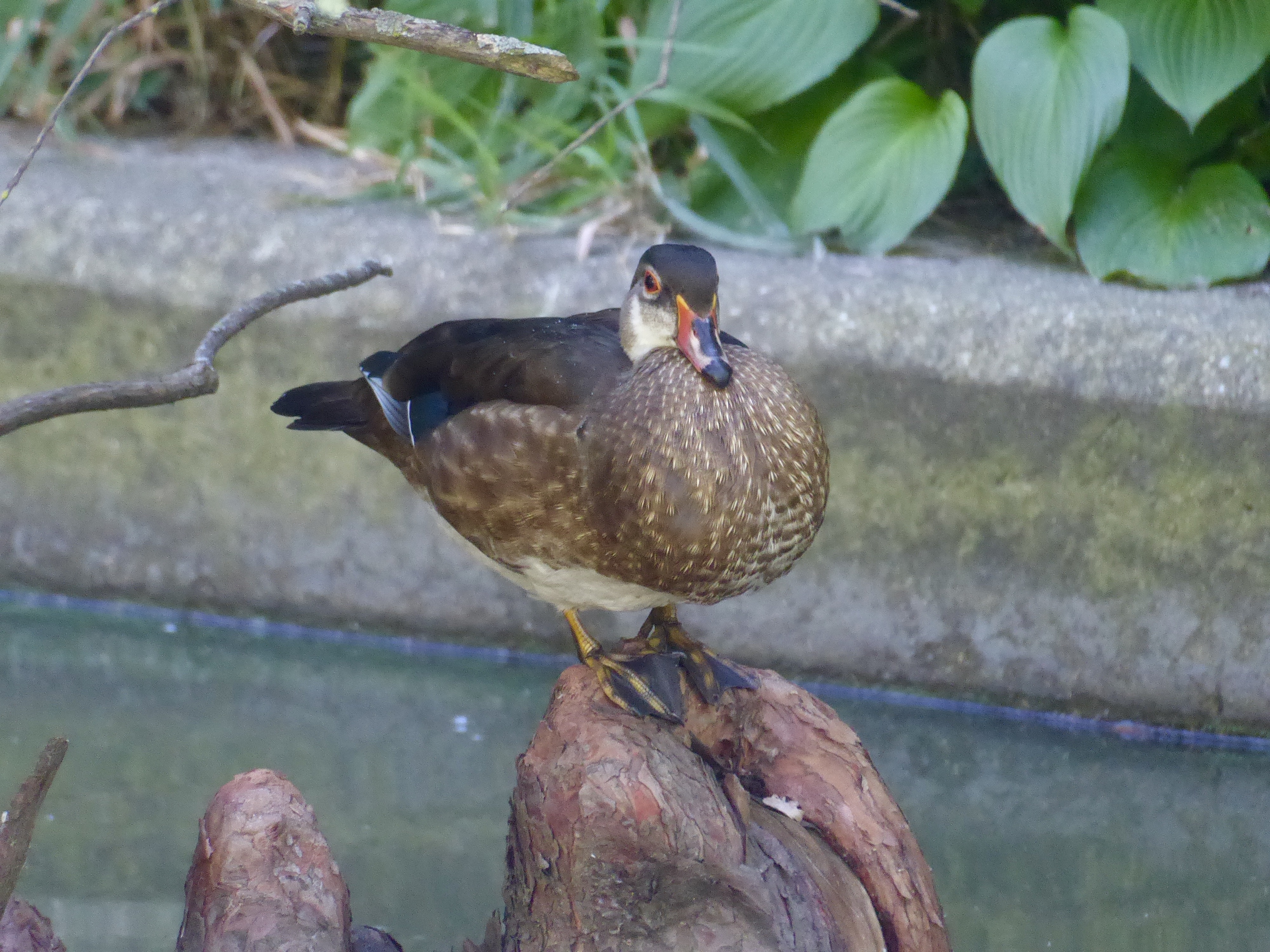 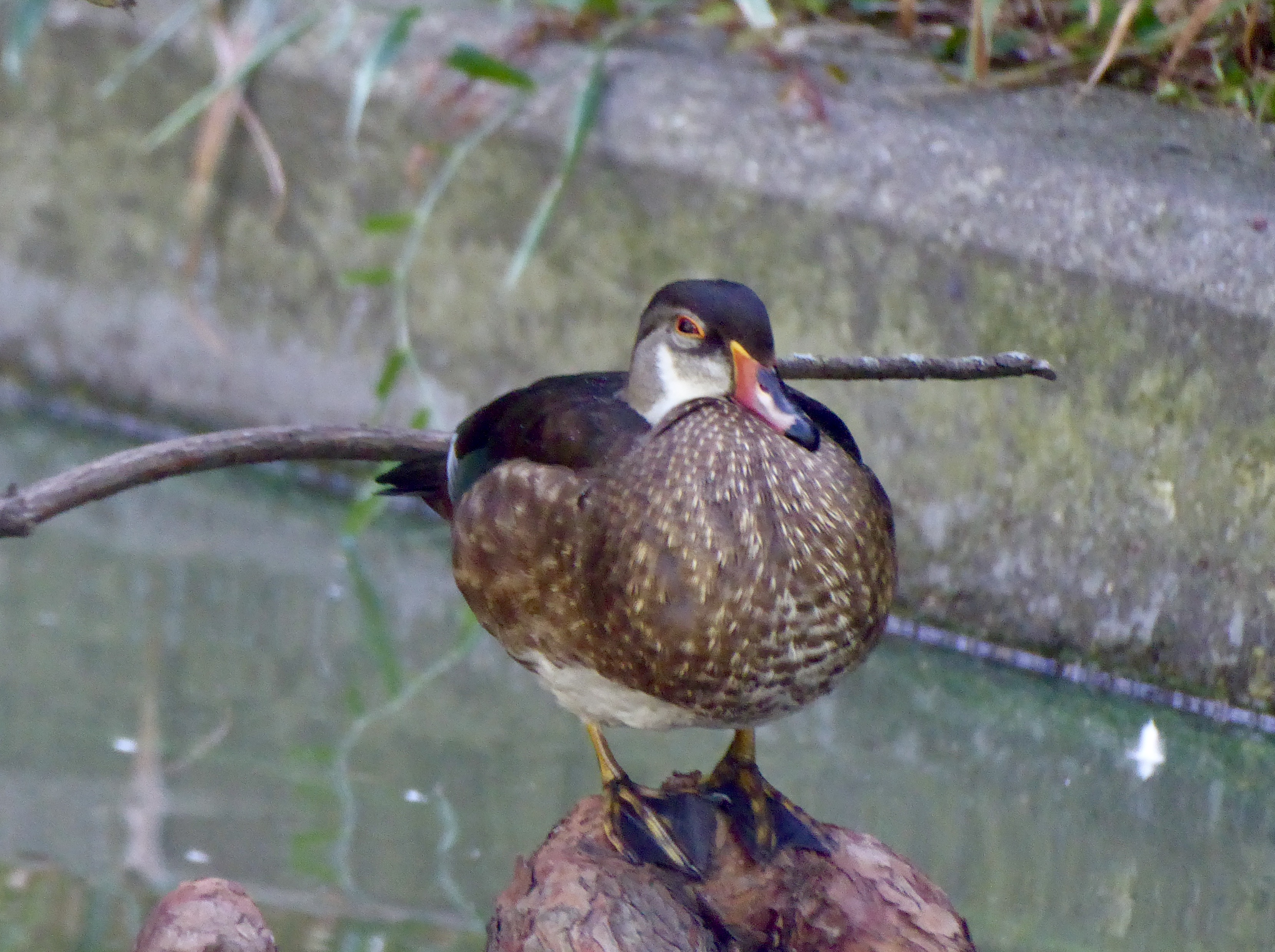 Here’s Frisky from two years ago after his molt; he was in full splendor (and sitting on his knob) 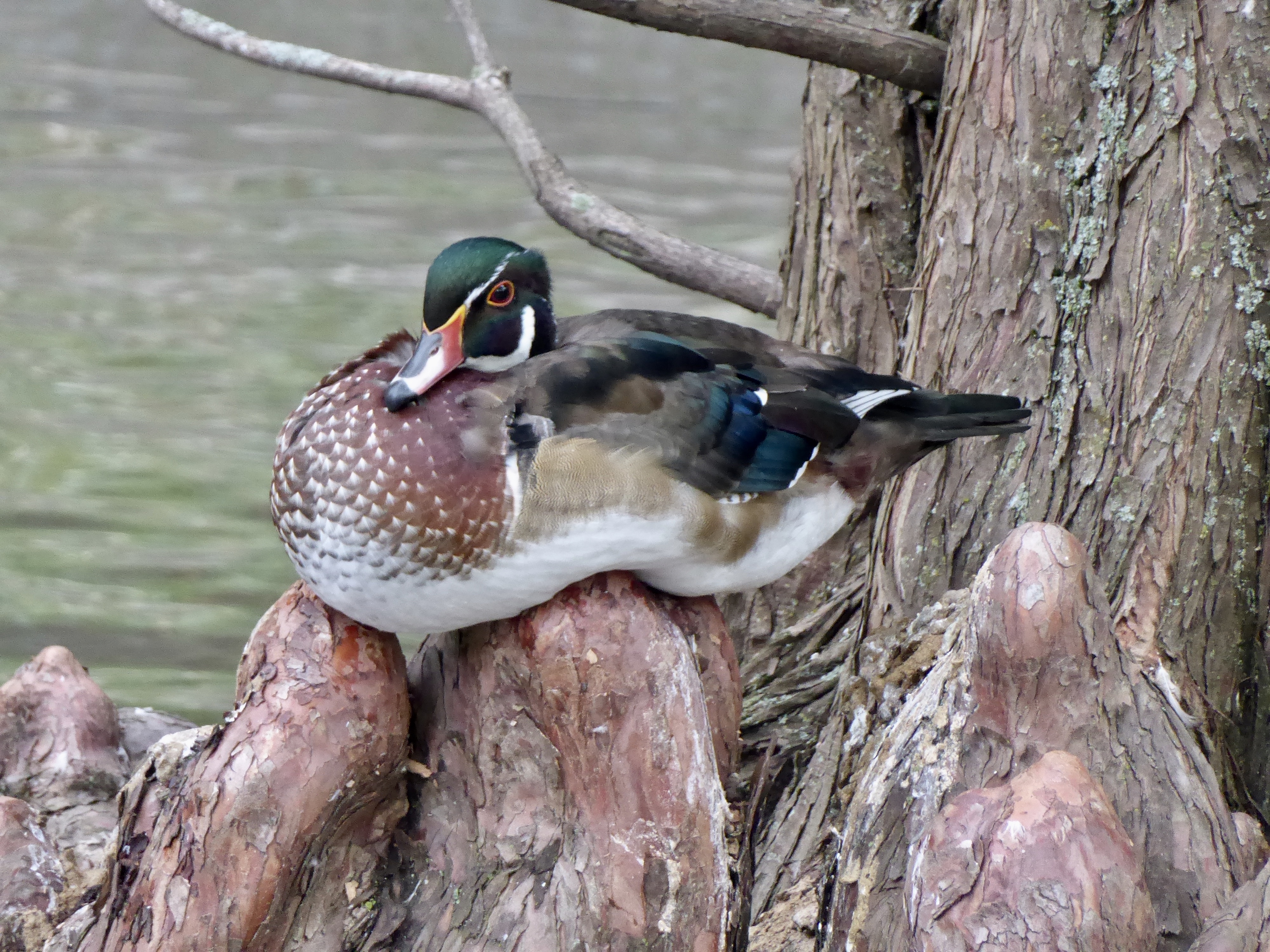 A head shot. You can see why wood ducks are America’s most beautiful ducks: 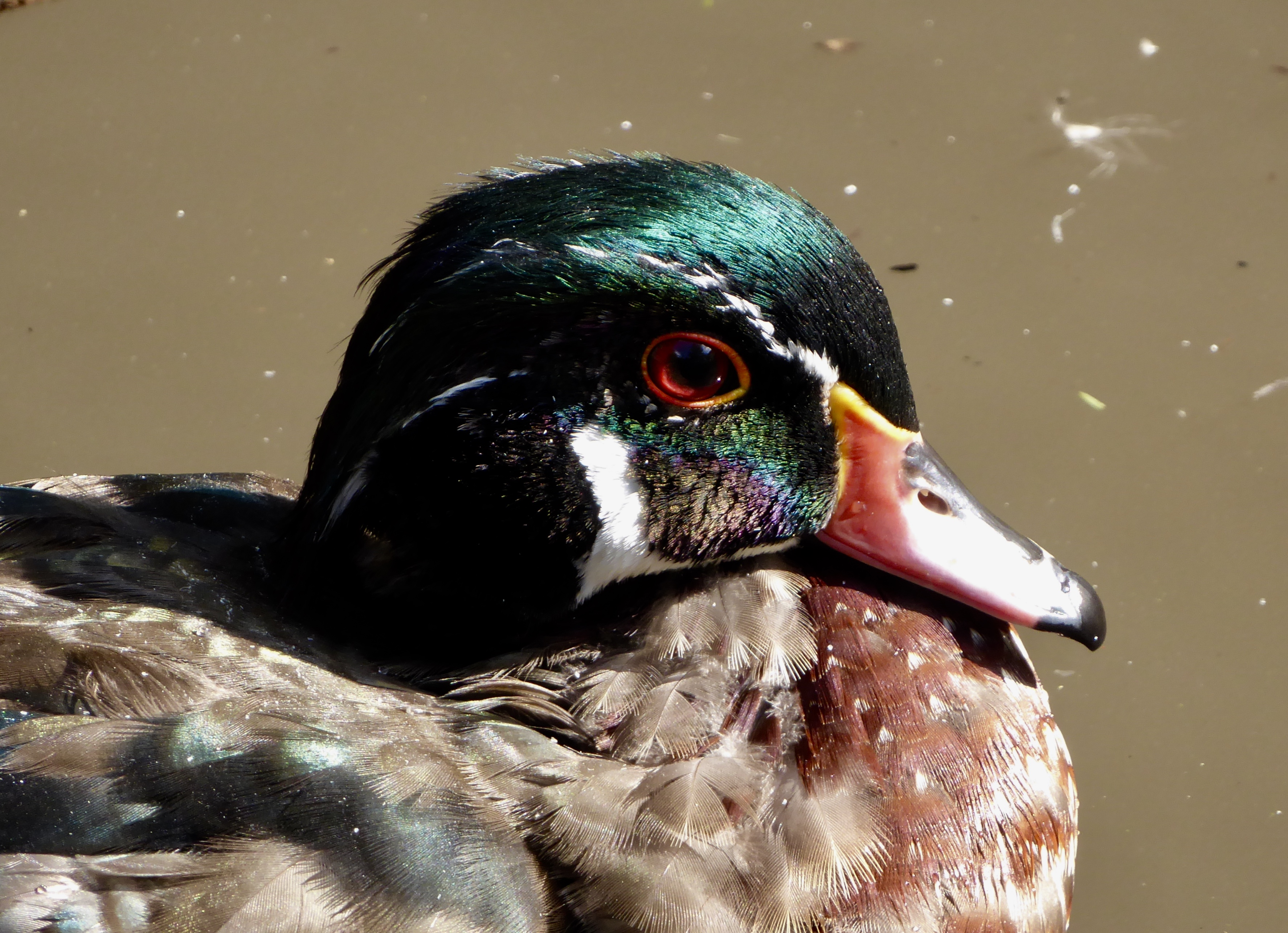 Frisky nuzzling Ruth, his girlfriend at the time. She took off before he did, leaving him bereft: 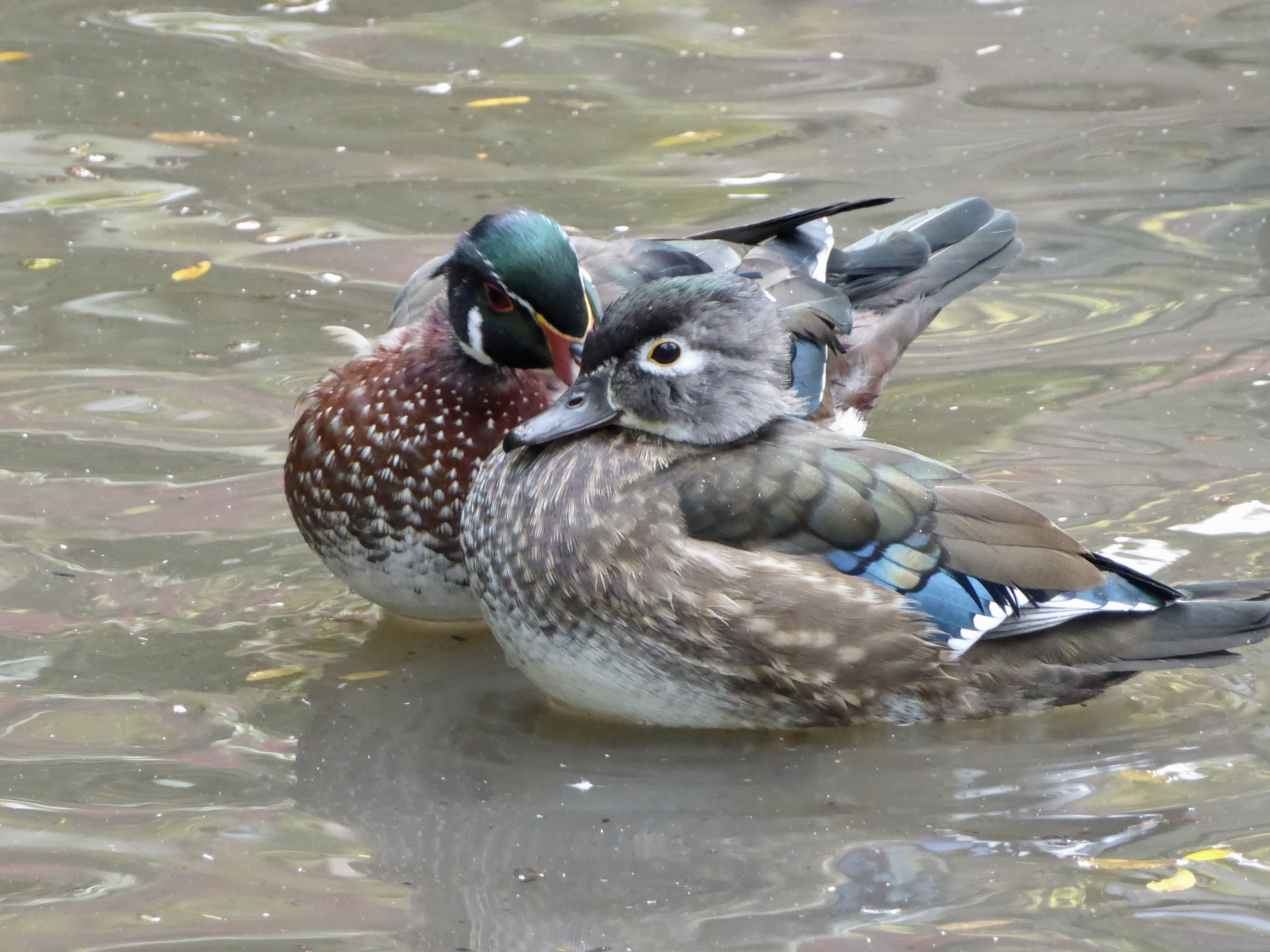