Today’s Jesus and Mo strip, called “Trigger,” raises the eternal question, “Why aren’t the Bible and Qur’an given trigger warnings?” After all, there’s slavery, incest, genocide, and all manner of horrible behaviors by both God and humans.

Well, according to the note that came with the email, it’s been done—partly I can’t read the Times piece).

Apparently, according to The Times (paywall), the Bible has been given a trigger warning by one university.

Jesus and Mo agree with trigger warnings, but not for their own books: 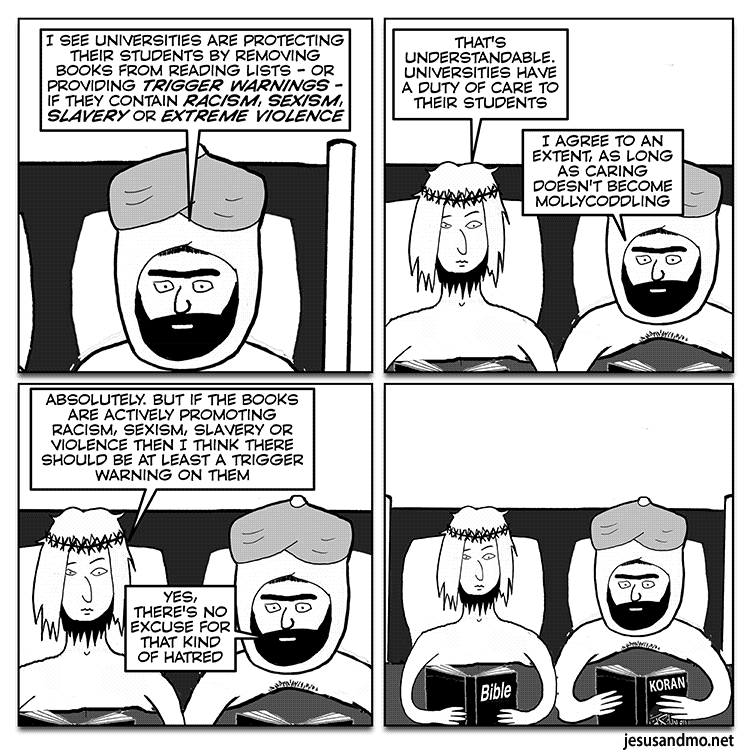